Lee Rodgers has changed his mind on the excitement of the Vuelta a España, mainly due to the efforts of the young riders who have been battling over the final red jersey. Long may it continue. But all is not well in the wider World – Actor Ben Foster has admitted to taking PED’s to emulate Lance Armstrong for his part in the feature film ‘The Program’. The old and the new face of cycling.

As if I needed another reason to dislike Ben Foster. The 33 year old is already dating the love of my life, Robin Wright of House Of Cards fame, and now it’s been revealed that the ‘method actor’ has been juicing up on the same dope that Lance Armstrong took to get into character for his part playing the Texan in the film The Program.

“I don’t want to talk about the names of the drugs I took,” he told The Guardian recently. “Even discussing it feels tricky because it isn’t something I’d recommend to fellow actors. These are very serious chemicals and they affect your body in real ways. For my own investigation it was important for me privately to understand it. And they work.” 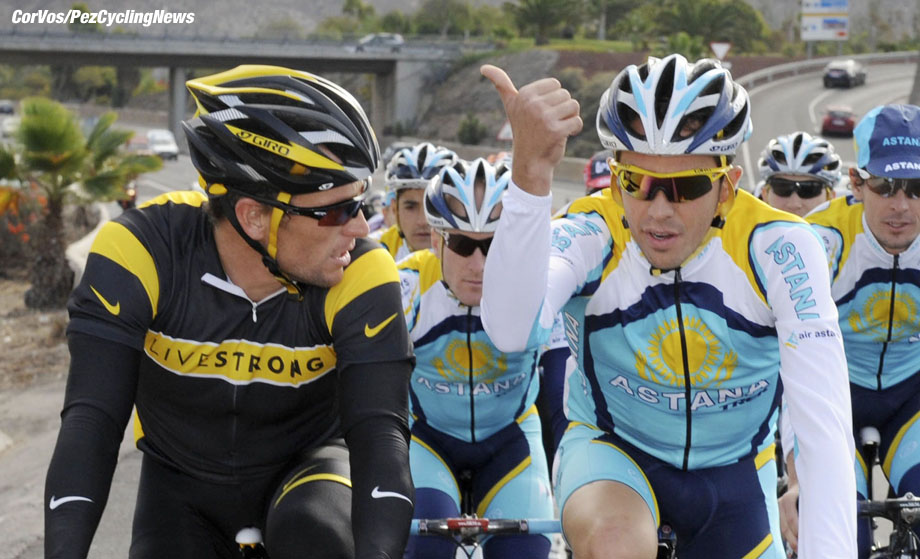 A Tour winner and Lance Armstrong

Citing the ‘need to get into Armstrong’s mind’ as the impetus to take these substances, he revealed that there were repercussions.

“There’s a fallout,” he said. “Doping affects your mind. It doesn’t make you feel high. There are [behaviors] when you’ve got those chemicals running through your body that serve you on the bike but which, when you’re not. . . If it’s working, it keeps you up at night. This is losing your marbles, right? They’re definitely rolling around. They’re under the couch but they’re retrievable.”

Incredible dedication to a role or the actions of a misguided individual who doesn’t understand the harm these drugs can cause? I know which one I am leaning towards. Needing to take the same drugs as the person you are portraying to get into the role doesn’t enhance your reputation, it diminishes it, suggesting you’re lacking in the acting skills required to pull off the roll without the dope.

It also glamorizes further the Armstrong myth, which, in my opinion, needs no more aid.

Emma O’Reilly, LA’s former soigneur, headed to Twitter to make her feelings known: “Really? Is someone having a laugh. My life was made a living hell for years to clean up a sport I love and now it’s OK for Ben Foster to dope so he can be like Lance Armstrong? That’s not just ironic, it’s disrespectful.”

Her comments seem a tad nonsensical but she’s right, this is beyond ironic. An athlete took drugs to perform to beyond his abilities and then some, all in the name of entertainment and the pursuit of success and fame, and now an actor portraying him is doing exactly the same thing.

But, out with the old and in with the new as they say, which was certainly the case at the 2015 Vuelta a España. Some readers might remember an article I wrote last year on how terribly dull I always have found the Spanish Grand Tour, but this year’s edition, from Stage 16 on, blew me away. We saw some real racing on show, with more riders willing to take off their gloves and get stuck in than we’ve seen in many a year.

The lack of established stars certainly helped, but it was really the youthfulness on display that invigorated the race. Tom Dumoulin is just 24, race winner Fabio Aru and Nairo Quintana are both 25, Esteban Chaves (6th) is 25 and Louis Menthes is just 23. 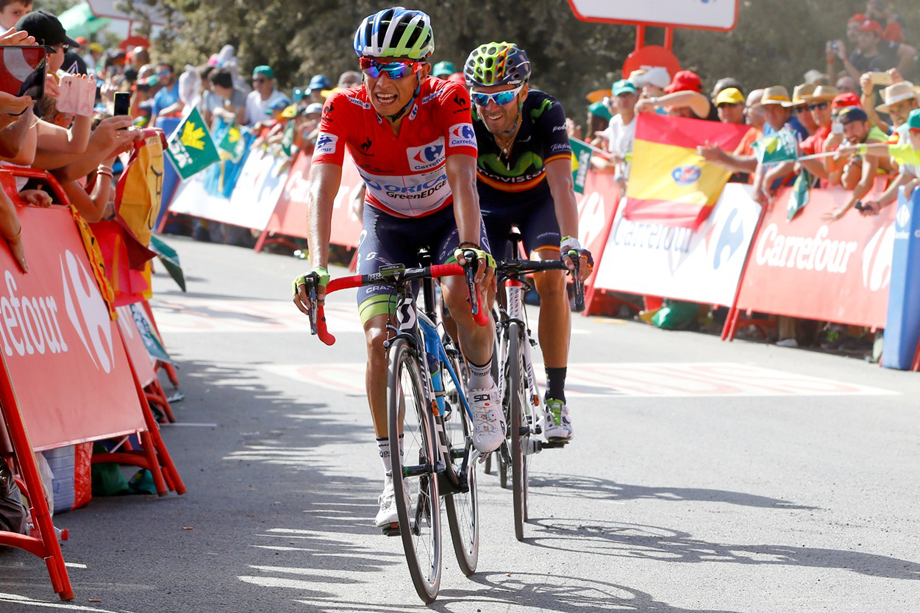 Esteban Chaves, hope for the future

Stage 19 saw Alexis Gougeard of AG2R, a 22-year-old second-year pro, take the win with fine climbing skills on display and the 21-year old Caleb Ewan won Stage 5. As you can see, this is quite a crop of young men coming through. True, the old guard were not all present or headed home early, but this is a very good development for pro cycling. Dare I say, let’s hope – yes, ‘hope’ – that they are more clean in this generation than the last. 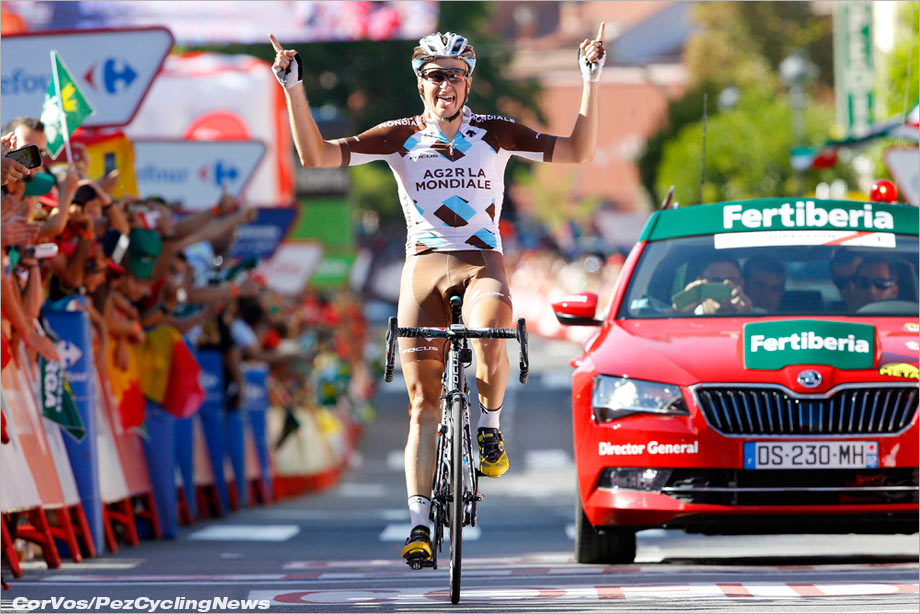 Aru’s victory was a hard-fought and intelligent one, yet it’s not one that has been met to universal acclaim in the English-speaking press. Why so? Well, we all remember “that” Greg Henderson tweet that eventually saw Aru begin legal proceedings against the New Zealander. We’ve also all seen Astana bossing the Giro and the Vuelta in particular though it should be remembered that they had men in numbers almost every day at the Tour too.

However, when a Eurosport commentator, Carlton Kirby, starts to comment on Aru’s looks and mock him for them, a line is being crossed. That is highly unprofessional and just will not do. That kind of thing is an example of how we do not apply the same rules to ‘our boys’ as we do to ‘their lads’. Aru has, in all his post race interviews that I have seen, proven himself to be polite and respectful to his fellow riders, mores than just about any rider I can think of in recent times and I think his dignity as a human being must be respected. 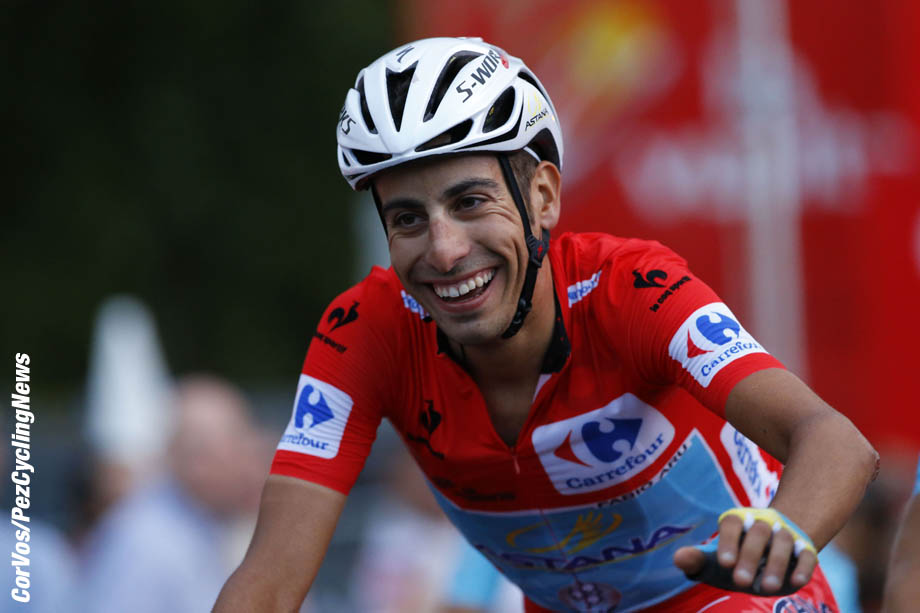 A big smile from a big talent

Should his team be in the Pro Tour? No, but let’s direct our ire about this towards the UCI, the large, somehow invisible UCI.

So finally, the Vuelta pulled off a coup, rescuing itself from its reputation as the dullest of the Grand Tours to the sharpest. Can it continue? Top riders will still bail on it, as will sprinters headed to the World’s, but it looks maybe, just maybe, like it might be on the verge of a revival…

The Vuelta; as popular as ever with the fans