The World Championships are in full swing and the men’s individual time trial on Wednesday is a real cliff-hanger and more open than it has been for many a year. Lee Rodgers casts an expert eye over the course and runners for the Rainbow battle against the clock. Whatever the result, there will be a different ITT World champion from last year, but will it be a new champion or Tony Martin?

The individual time trial is often seen as a test of brute strength, and whilst there is some truth to that observation, to view the race against the clock as a discipline for the purely powerful, for those lacking somewhat in tactical nous, is to do this event a great disservice.

The greatest time trialists are not mere powerhouses, they are in fact supreme bike riders, bestowed with immense power but also with great discipline, a supreme knowledge of their own capabilities and indeed their limitations too, and graced with a finesse that accompanies their massive strength. To have seen Fabian Cancellara in his pomp, for example, was to simultaneously be presented with a view of a placid ocean surface and another of a raging beast in the depths below, his upper body positioned in a Zen-like pose of meditation, still and steady, whilst his legs churned methodically at a wattage, kilometer after kilometer, that the rest of us could only marvel at.

In the past 9 seasons, the event has been dominated by two riders, with Cancellara taking four victories and Germany’s Tony Martin taking three. Last year’s winner was Bradley Wiggins, marking his first win in the event with a dominant ride, though his win was another for the old guard, confirming an ability against the clock that we all knew about thanks to his Olympic win in 2012.

This year’s World Championship Men’s Elite Individual Time Trial may well see a new face atop the podium, and if so, it will most likely be a young rider to further usher in the new brigade that has been making such great strides these past two seasons. 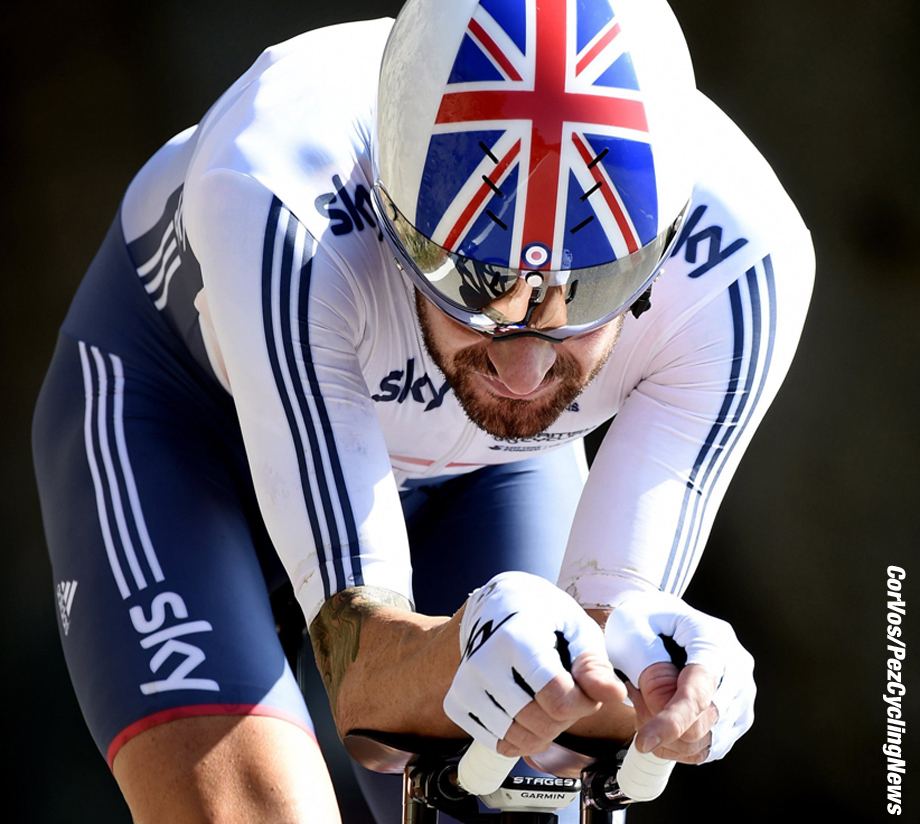 Last year’s third place rider was Tom Dumoulin, who comes fresh from a breakthrough Vuelta a España, where he led the race briefly and held his own over several arduous mountainous stages before finally cracking to finish off the podium. Last year he was 40 seconds off the flying Wiggins, but only 14 off of Martin’s time, something which will give him reason to believe he can overhaul the German this year.

What is certain is that the 24 year old has got the Dutch media all in a tizzy over his chances, but he’s sounding a more cautious tone due to the weight loss he went through to get him ready for the steep climbs in Spain. “My weight is lower and I have lost some muscle, too. I have to find a balance between the two,” he said. “But I am starting to get very comfortable with this time trailing thing, even if my power is lower. So far it hasn’t affected my time trial. But at some point I will lose too much weight and maybe I will find that out on Wednesday.”

“I feel strong but I will see on Wednesday. Wednesday could be really good or disappointing. Either way it will be a good lesson.” 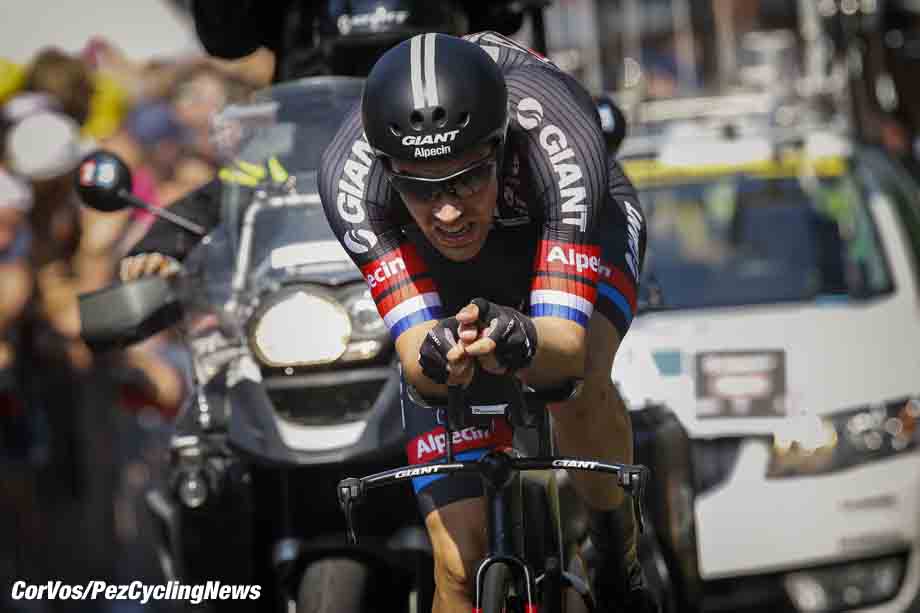 The weight loss certainly did him no harm in the 38.7km ITT at the Vuelta a España, where he beat Maciej Bodnar, a decent trials rider himself, by 1:04. It was a towering performance that would have been noted by his rivals here. If he’s taken care of himself between Madrid and here and got the mix of training and resting right, he will be a very real threat to Martin’s desire to recapture the ITT rainbow jersey.

The other non-German favorite for the ITT is Australia’s former World Hour record holder Rohan Dennis, who helped power his BMC Racing Team to repeat last year’s victory in the team time trial, this time beating Etixx – Quick-Step by 11 seconds.

Last year in the ITT Dennis was 5th, but the feeling is that he has improved significantly since then, and with both Wiggins and Cancellara not appearing this time a lower podium spot at the very least looks almost a given, something he himself has spoken confidently about. “The individual time trial has been my main goal for the year, other than the Tour de France, everything is for that. I’ll be top three,” he said with no little belief.

He also spoke about the very real possibility of taking home two gold medals from the championships in Richmond. “That’s the goal and realistically I think that it’s possible to get two golds but it all depends on the form other people have, how well other teams click but we want to get gold again and I want to get gold on Wednesday. If I come away with one gold and a podium then I can say that it’s a good week.” 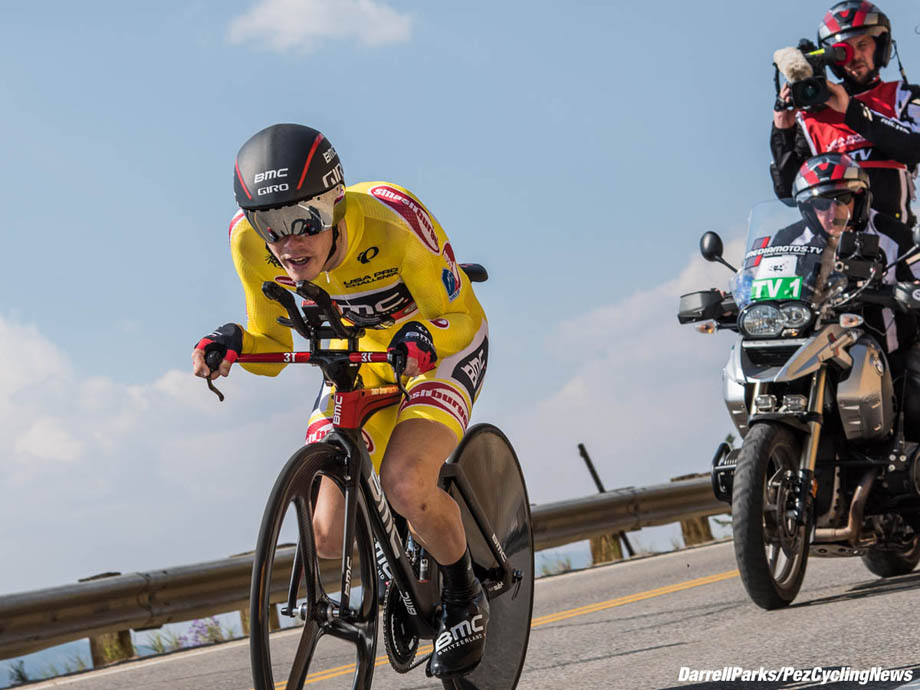 A second Gold in Richmond for Rohan Dennis?

One other rider we must mention before we get to the imperious Martin is Vasil Kiryienka. The Belarusian of Team Sky is a serious contender for the podium, with a third place in the ITT Worlds in both 2013 and 2014, and a victory in the 2015 Giro d’Italia on Stage 14. In fairness though it would take a poor ride from the other three favorites for Kiryianka to take the top spot on the podium, and at best he might be looking at another bronze. 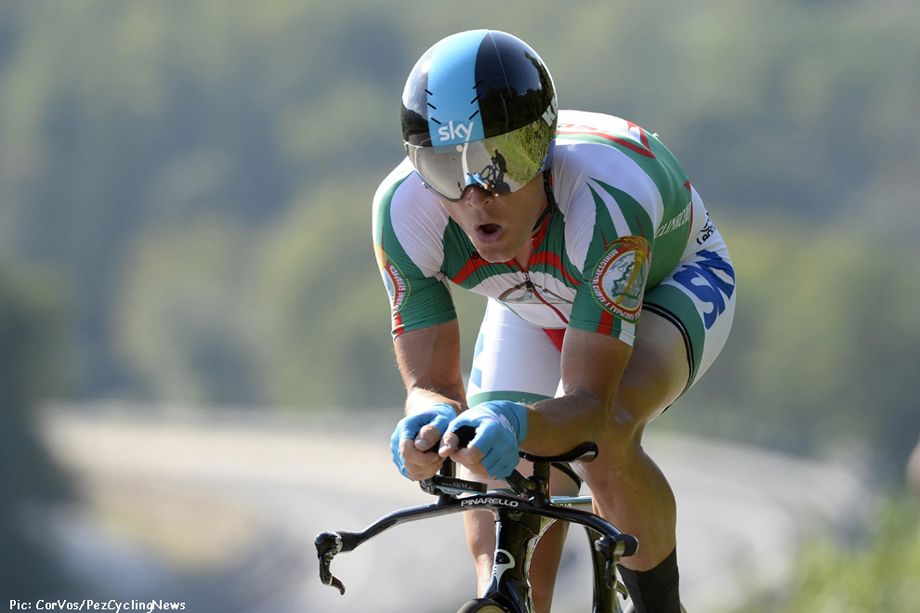 The outstanding favorite for many remains the man who is going for a record-equaling fourth World Championships gold medal in the event, Tony Martin. He had a miserable Tour de France after being forced to abandon whilst holding the Maillot Jaune, but last month showed his powers of recovery by winning the Tour de Poitou-Charentes.

Taciturn at the best of times, he had only this to say when asked about his appearance at Richmond in the ITT: “I’m happy to be here after my crash on the Tour de France,” Martin said. “I’m looking forward to racing.”

Still waters run deep, as they say, and there are not many calmer and more focused than Martin. A victory for the big German would not be a surprise and this is a course that looks to suit him, with rolling hills in the beginning of the course and a technical finalé. 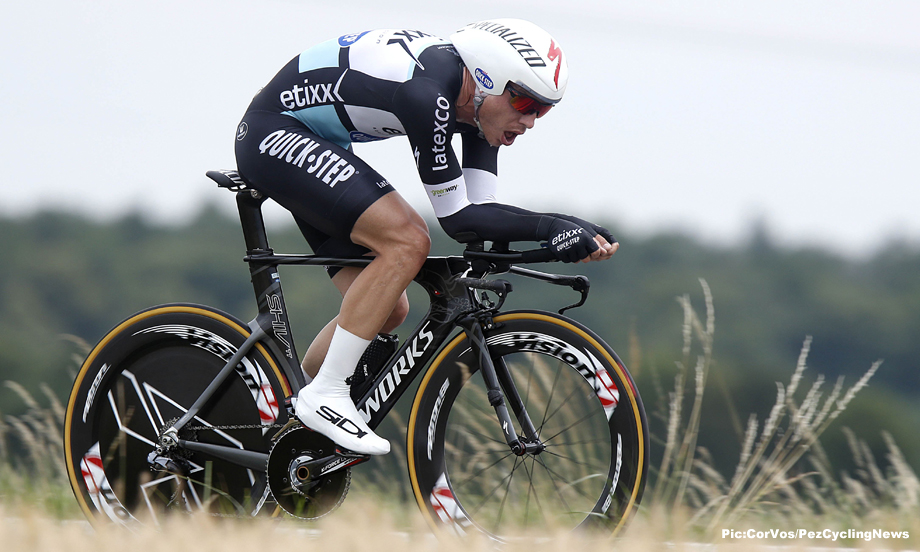 A fourth championship for the Panzerwagen?

There are one or two other riders who could potentially get close to third, but all eyes will be on Dennis, Martin and Dumoulin for the win. Look no further than those three.

However, for my money, I have a sneaking suspicion that Dumoulin will pull off the victory. He’s coming off the Vuelta on a high despite cracking at the very end, and his ‘take whatever comes’ attitude here could be the extra necessary ingredient that confirms his huge talent with a win in this hugely demanding discipline. 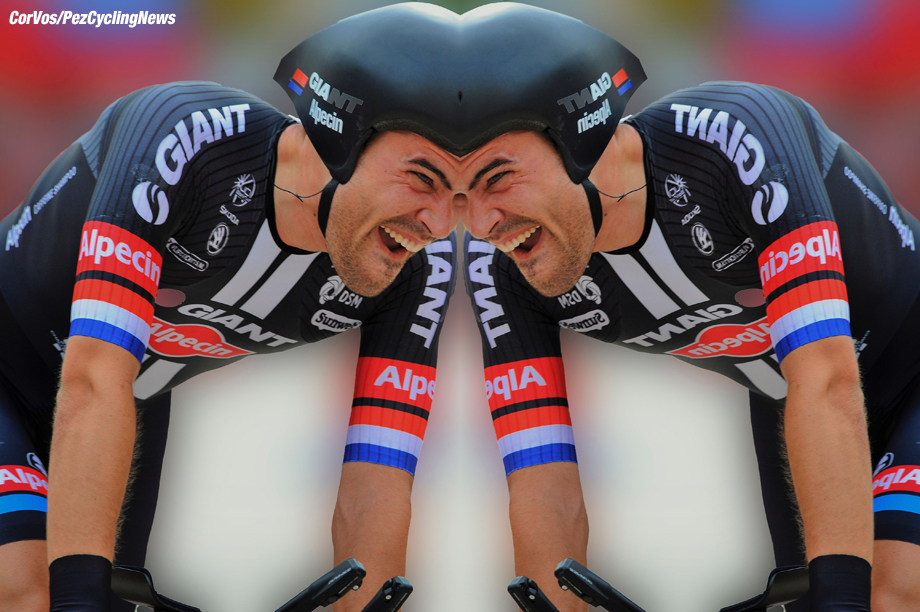