The Giro di Lombardia was born in 1905, and Giovanni Gerbi – called the red devil – was the first winner. The story of his break – planned in a devilish way, and realized with so much strength – has become a well known legend, which has the taste of a fable both ingenious and malicious. 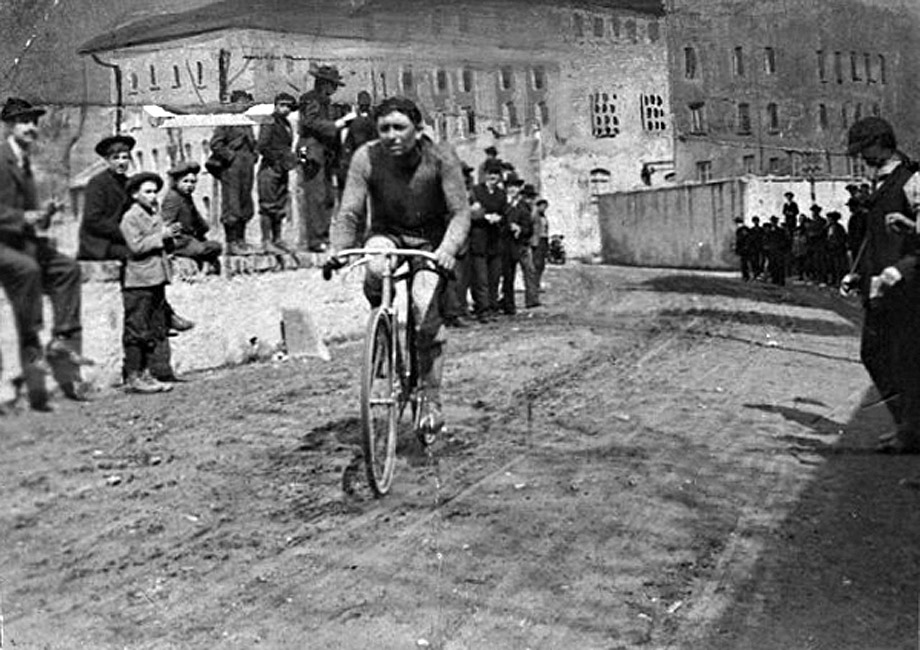 Reading through the official program for the 1952 Giro di Lombardia is an amazing blast into cycling’s past, a blast that we’re compelled to share with our fine PEZ-Readers. We’ve taken the liberty of translating the story of Giovanni Gerbi – winner of the race’s first edition – for your reading enjoyment. In 1905, it was not uncommon for racers to use a variety of means to gain an advantage over their rivals, and if the corsa was not ideally suited to your particular style, well, why not just modify the corsa?

Giovanni Gerbi, the first winner of the Giro di Lombardia, was a tremendous devil, in 1905. It was the time of the cycling heroes. Already there were regulations which punished the ‘transgressors’, with penalties and disqualifications, already there was the intention to discipline the sport. But the unbelievable condition of the roads, the technical quality of the bikes themselves, the difficulty of the executives to follow the races and, last but not the least, the impression to be the pioneers in a new era, suggested to the riders, sometimes, the use of singular methods and, sometimes, the use of every possible method. 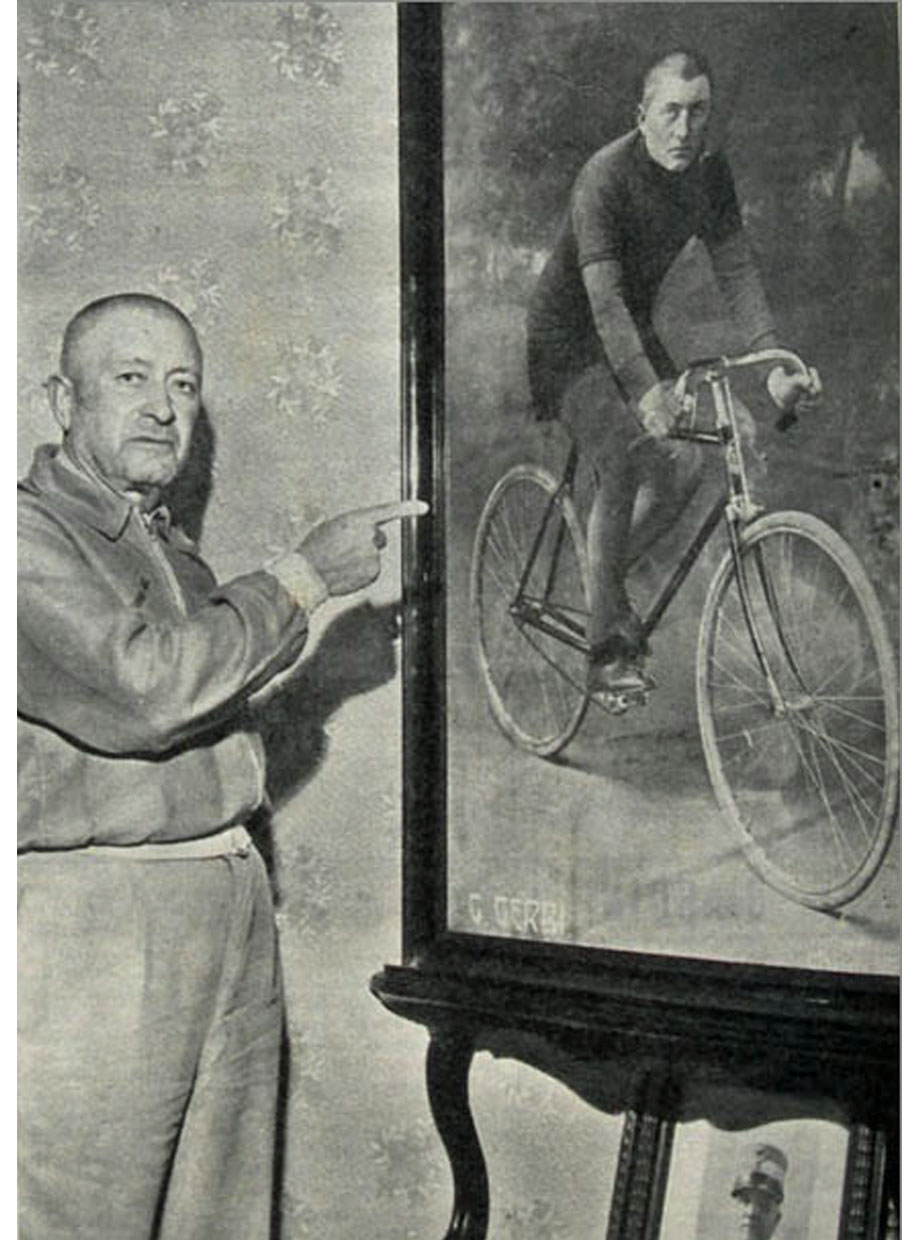 Giovanni Gerbi, winner of the 1905 Giro di Lombardia, poses next to a poster from his glory days.

In such contests, where deception was as important as strength, it was normal to think that the devil was invited to take part; the devil, represented by the irascible Giovanni Gerbi.

It’s not our style to approach the story as a myth born from rhetoric images. But Gerbi as a the devil, the famous red devil who everybody remembers, it’s something accepted. He has got, in fact, all the basic qualities of the devil: the malicious shrewdness, the unexpected anger and the fine logic. 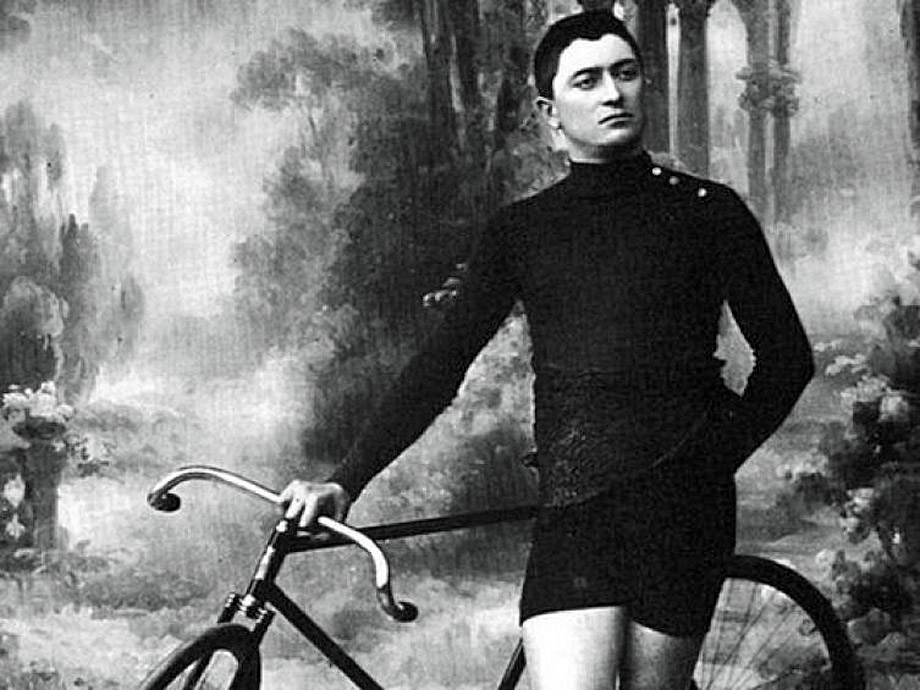 “How did I win the first Giro di Lombardia?” asks Giovanni Gerbi, who still exhausts black clouds from his shaved head at the age of 67. “I won it as the other races, using my best quality: I was a great finisseur. Once I gained two or three hundred meters, it was done: nobody was able to catch me back. The race was mine… Obviously I always needed time to study a detailed plan. So for me was very important in the preparation the study of the route. Every time I scheduled in advance the moment of my attack, and often I was able to perform it as planned. Obviously choosing the right moment depended from some calculation, some adjustment…” 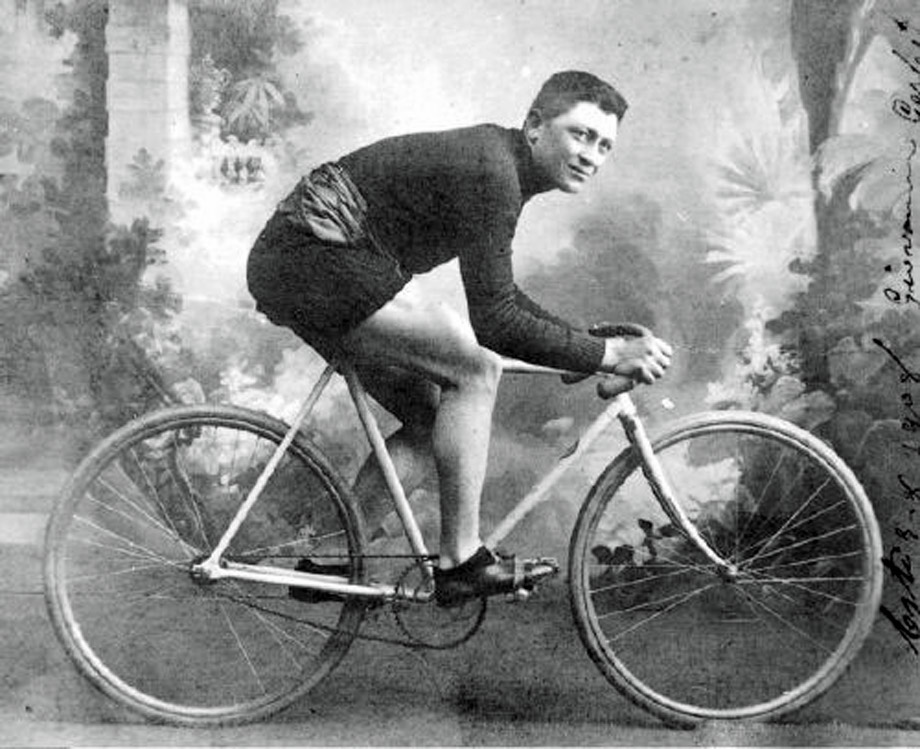 “Some tricks…” we suggest. Gerbi’s face becomes dark. Coming back to his enterprises it’s unfair to speak about tricks. In a few words, Gerbi, was able to use that nice and fine talent which is part of the Italian tradition. During the 1905 Giro di Lombardia, for instance (this fact is very famous), he planned to attack near the intersection of the road to Crema where the urban train rails crosses. He choose that place because he noticed that whoever rode between the rails where they became an intersection could not proceed without stopping and crossing the rails by foot. 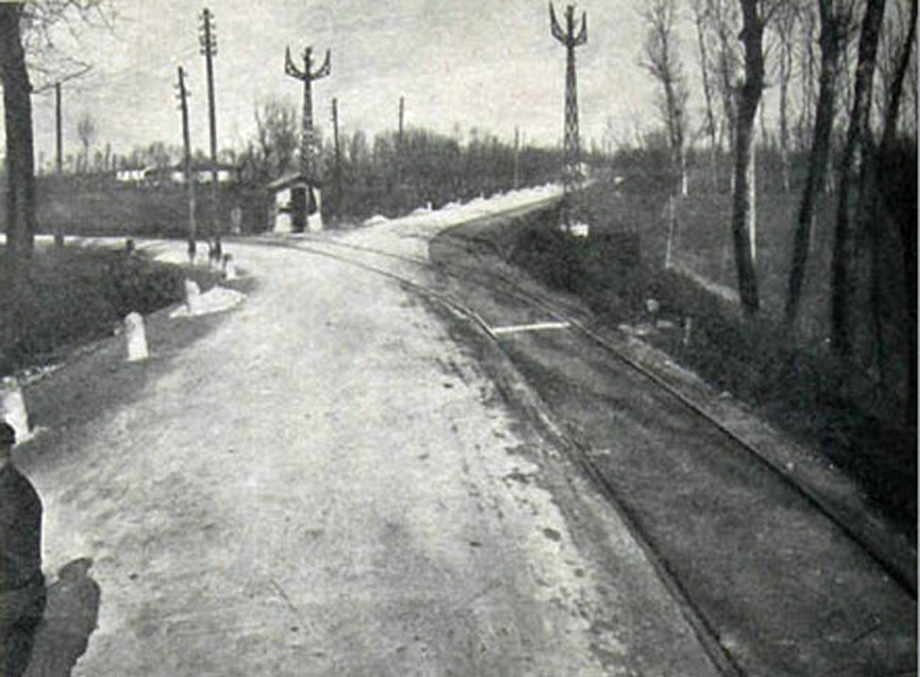 The tracks where Gerbi executed his plan. The ground between the rails was often better for cycling than the adjacent roadway, so racers would often ride in between the rails. But bunny-hopping a 50lb. bike was not as easy as you might think, and dismounting was the only way to get back onto the road, unless you planned ahead like Gerbi.

Can we call it trick? Is it not more correct speak about attention to details? Giovanni Gerbi, fifty meters before the intersection placed some mud on the side of the rail in order to find the way to get out. Then, once in the race he gained the head of the bunch and led it in the middle of the rails. At the right time he left by the prepared way and started to pedal with desperation. The others, proceeding between the rails crashed all together in a tremendous way. Govanni Gerbi, clever devil, baptized in such way the Giro di Lombardia: we won with more then 45 minutes on the second. 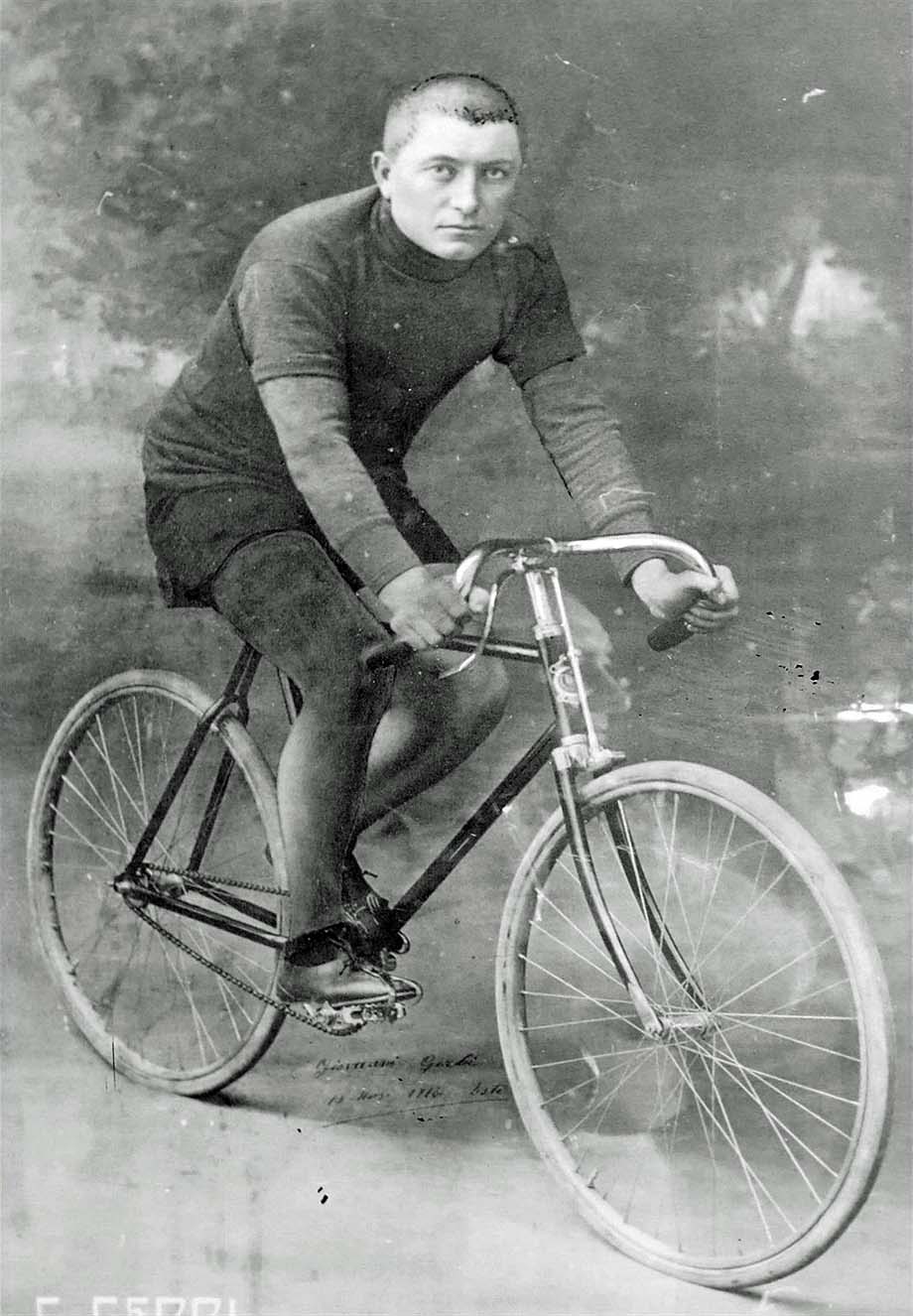 “What do you think about next Giro di Lombardia?” we ask to him.
“This Bartali… this Coppi… these foreigners… these youngsters…” he thinks speaking. It’s clear that it’s difficult for him answer a question which doesn’t involve him as protagonist. 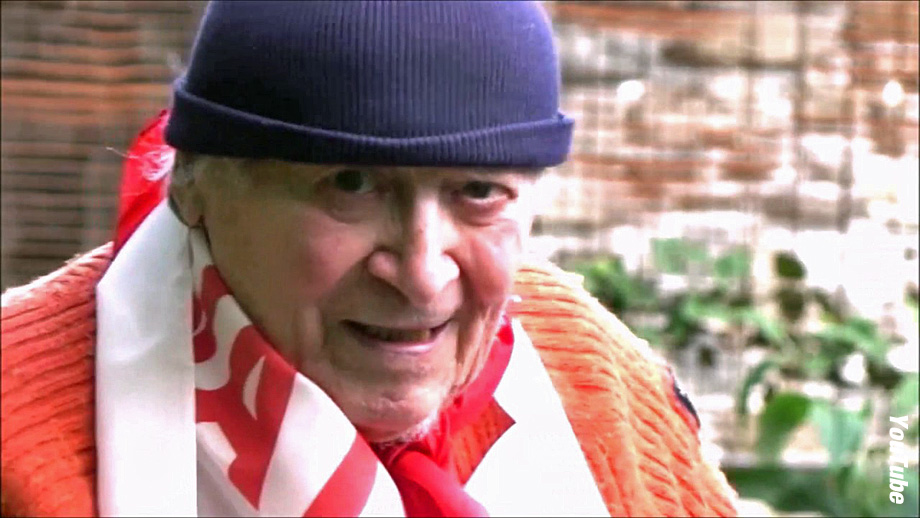 Giovanni Gerbi owns a small bike production shop. He lives in Asti in a big flat, half museum, half home, where he meets sometimes bishops, mayors, admirals and friends. He is an original king, and looks forward without much care to the actual cycling champions. 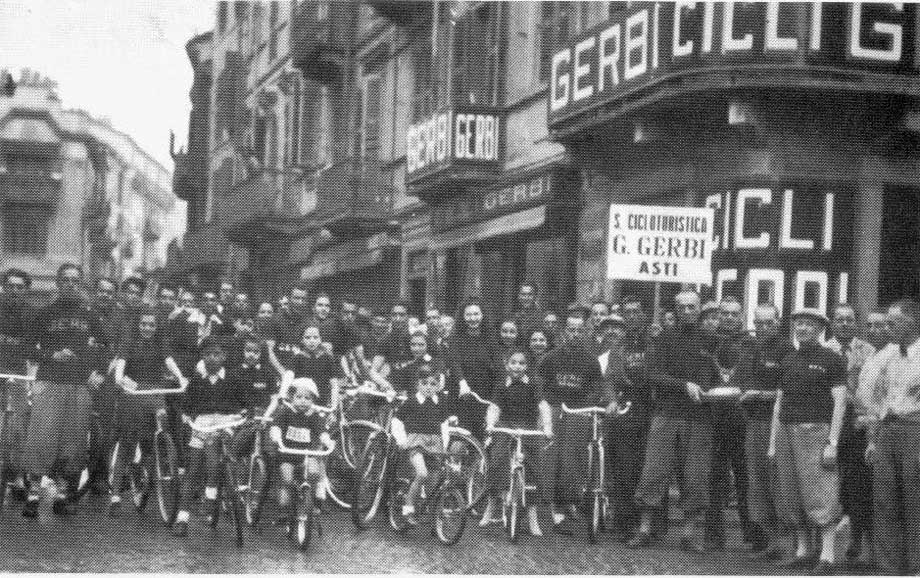 The 1905 Giro di Lombardia was the 1st edition of the Giro di Lombardia, now known as Il Lombardia, a classic one-day cycle race organized by La Gazzetta dello Sport. The race started with 55 riders. Giovanni Gerbi made his winning move at a railroad crossing. He jumped up the crossing and back onto the course and rode ahead, while a few riders behind crashed. Gerbi stretched his advantage to forty minutes. Of the riders that started, twelve finished.