March In Belgium: Run Up To De Ronde

Patrick Lefevere has shown yet again why he’s the best Classics DS in this business, playing the Pozzato card and not the Boonen one on the Via Roma to take the Primavera; but what happens now? It’s a fortnight until the Ronde Van Vlaanderen on April 2; what do the riders do with themselves? What happens between La Primavera and De Ronde?

If they want to be competitive in the Spring Classics there’s only one thing to be done – head north and ride the series of races that fills the gap between the Primavera and the Ronde. These races are not well known outside Belgium but are hugely popular with the fans, are tough and take in the cross winds, cobbles and narrow roads that are an integral part of the Classics. They are the conditioning races where the men who want to top the best podiums will seek to find the final pieces of the jig-saw puzzle that is ‘form.’

First up, on the March 22 is Dwars-door-Vlaanderen [straight across Flanders], a UCI 1.1 which puts it on a par with Kuurne-Brussels-Kuurne. The race was first run in 1947 when Six-day king Patrick Sercu’s father, Albert Sercu won it. The race takes in 12 of the climbs which will feature in the Classics, including Berendries, Oude Kwaremont and the Cote de Trieu, race distance is 204 kilometres from Kortrijk to Waregem. 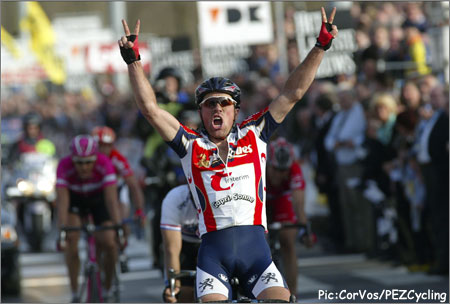 Recent winners include Tom Steels, Johan Museeuw [both Belgium] and Robbie McEwen [Australia & Lotto] – recognise any of those guys? A man who has won this race twice [2001 and 2005] is ‘Rambo’ aka Nico Eeckhout [Belgium & Chocolade Jacques] a strong-man who has been knocking on the door of a really big win for a few years, could 2006 be the year? 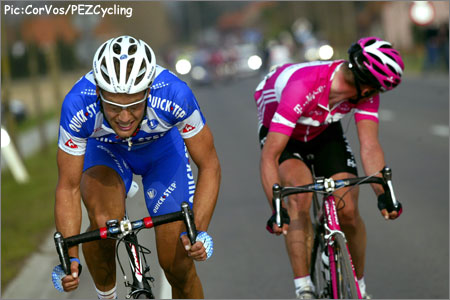 Tom Boonen showed why he’s a threat in any situation last year, getting away in a break with Klier and dispatching him in the sprint – and foreshadowing the Flanders/Roubaix Double to come.

On March 25 is the E3-Prijs-Vlaanderen, a UCI ‘hors categorie’ the same level as Het Volk. First run in 1958, its 198 kilometres loop, starting and finishing in Harelbeke also takes in 12 climbs including the Eikenberg, Taaienberg and Kwaremont. Johan Museeuw’s name crops up again on the roll of honour as does Peter Van Petegem’s [Belgium & Lotto] – and a rider called Boonen [Belgium & Quickstep] has won the last two editions. 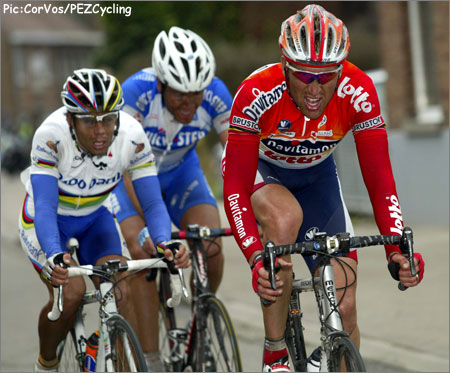 Oscar – Yes, He Really Is That Little – Freire, made his breakaway partners Lotz and Merckx pay last year for not getting rid of him before the sprint. Freire is a decent bet against Petacchi sometimes, let alone against Lotz.

The next day and it’s the UCI category 1.1 Brabantse Pijl with a race distance of 191 kilometres and five climbs between Zaventem and Beersel. The first winner was the late, great Belgian Pino Cerami [Paris-Roubaix winner in 1960] who took the honours in 1961. Museeuw’s name appears yet again as a past winner – three times, as does Michael Boogerd [Holland & Rabobank] and last year – proving that he doesn’t just win in the warm south – Oscar Freire [Spain & Rabobank]. 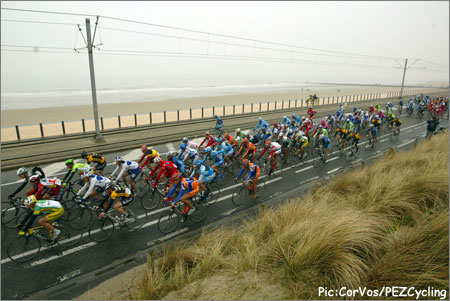 Finally, from March 28 to 30 [remember Flanders is on April 2] it’s time for the thirtieth edition of the 3-Daagse De Panne Koksijde. This either puts the final polish on the form or causes sleepless nights; three days and four stages starting and finishing in and around the North Sea resort of De Panne. 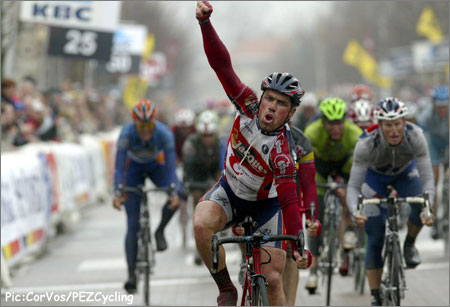 De Panne is a damn hard race, and if it’s a hard race, seems like Rambo is always near – he took a tough stage last year.

Stage one is 194 kilometres with 12 classified climbs including Berendries three times. Stage two is a serious 227 kilometres with four climbs early in the day. Stage three is a rapid 110 kilometres; with stage four the same afternoon – an 11.5 kilometre time trial finishing along the seafront. 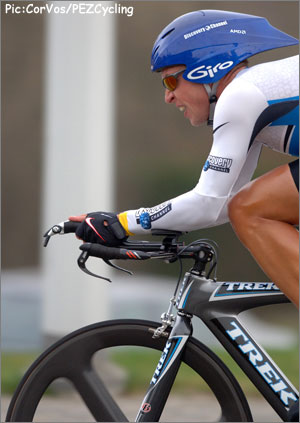 The race is usually narrowed down to a small group of contenders going into the final TT, then it’s time for an 11k tango – last year it was Stijn Devolder who rode his way to the Overall win – Ballan followed in 2nd.

The first winner in 1977 was 1971 Paris-Roubaix winner Roger Rosiers [Belgium] Inevitably that man Museeuw has won it, as has Van Petegem [twice], George Hincapie [US & Discovery] and 2005 Gent-Wevelgem winner, Nico Mattan [Belgium & Lotto].

They might not be well-publicised by the main-stream cycling press, but for the next two weeks these preliminary engagements will be raging across Flanders in preparation for the biggest of all battles – the Ronde on April 2.