Moscon, Cavendish And Other Things TOUR!

Sam Larner has been following Mark Cavendish for many a year and takes a look at the Manx-man’s career as ‘Cav’ rode his way out of the 2018 Tour de France. Another rider who also left the French Grand Tour, but by the back-door, was Gianni Moscon. Is there any similarity between the two? No, none whatsoever. 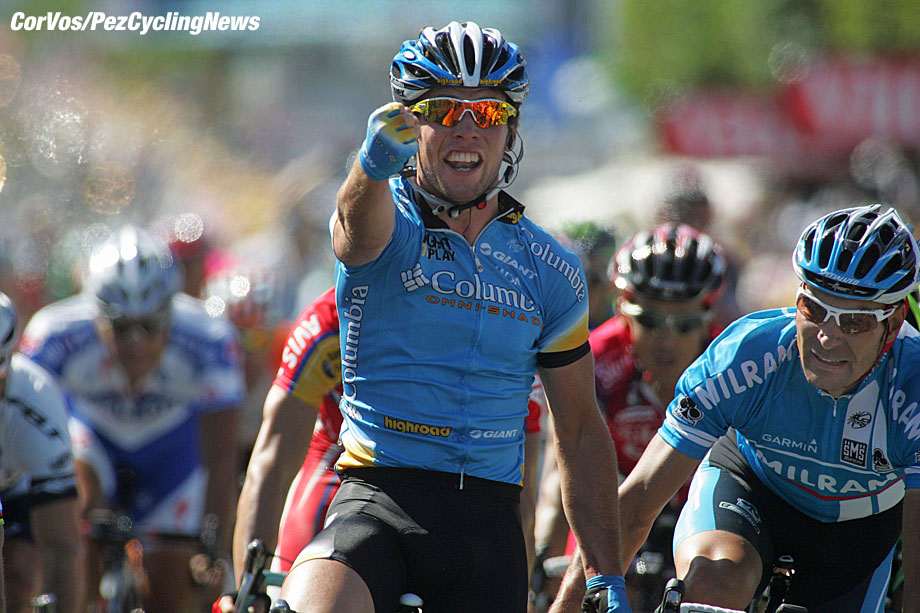 I was in the process of writing an article lauding Mark Cavendish. I have been a fan of his for 13 years now and the article was going to talk about how the sprinter was the standard bearer for British cycling, how he lit the way before the British armada took over cycling. It’s hard to believe but when Cav made his first Tour de France start in 2007, there were just three British riders; Bradley Wiggins, David Millar and the Manx-man. 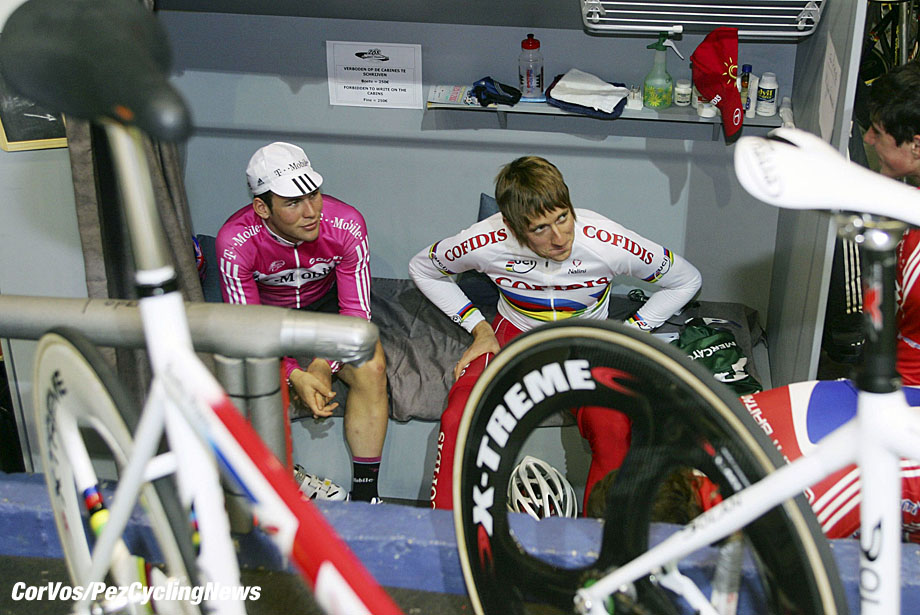 Wiggins was a great track rider but amounted to not much on the road, even his time trialling was mediocre and he looked destined to spend his time rocking around the French teams then turning up at the Olympics every four years to win a haul of golds. Millar was the returning star but his career was really built during his doping and he managed to remain relevant after that with erudite apologies, evangelical media appearances relating to doping and a fantastic way with words. 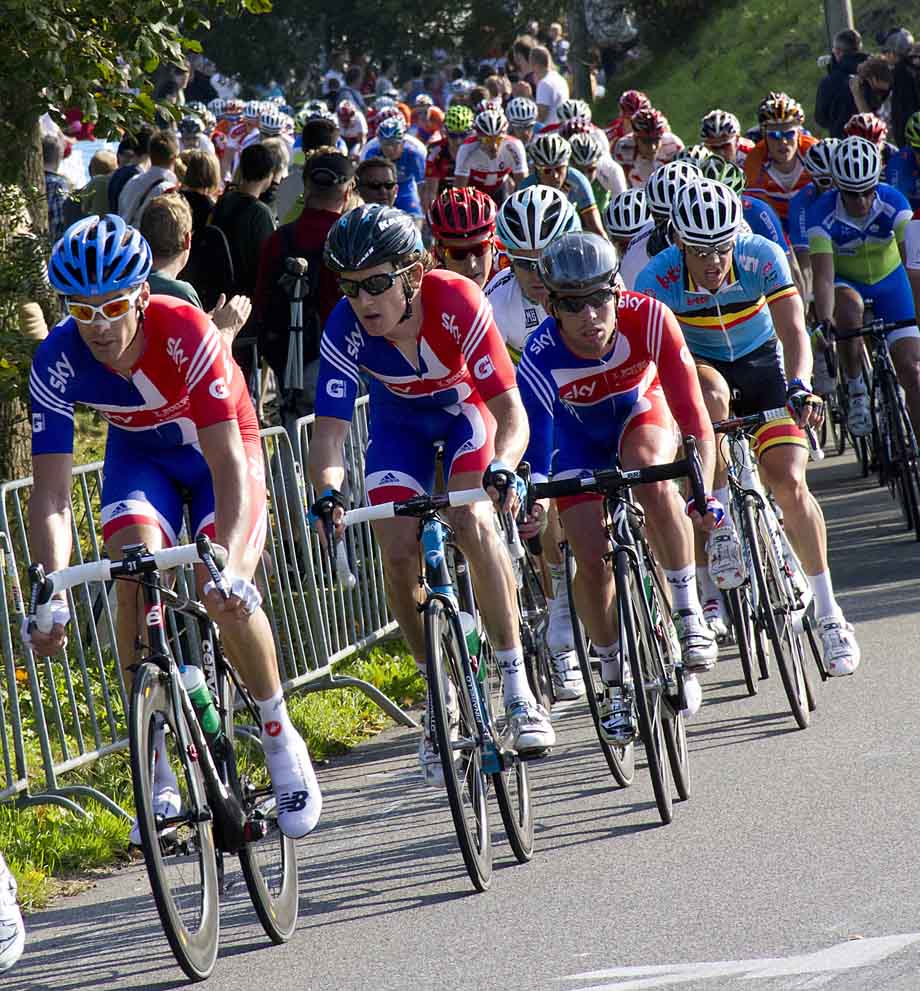 A Great Britain team with an aim

Then along came Cavendish, he has almost single handedly changed the landscape of British cycling. If you’re into alternative histories, how about one where Cavendish isn’t picked up as a pro due to his famously poor wattage test results and so doesn’t sit so near yet so far away from Eddy Merckx’s record of Tour stage wins 13 years later? The British interest in road cycling remains limited, Wiggins turns more focus to the road after winning everything you can win on the track but without the backing he falls short and we still haven’t had a British rider on the top step in Paris as Chris Froome fails at Barloworld and becomes an interesting footnote in cycling history as one of very few Kenya riders. 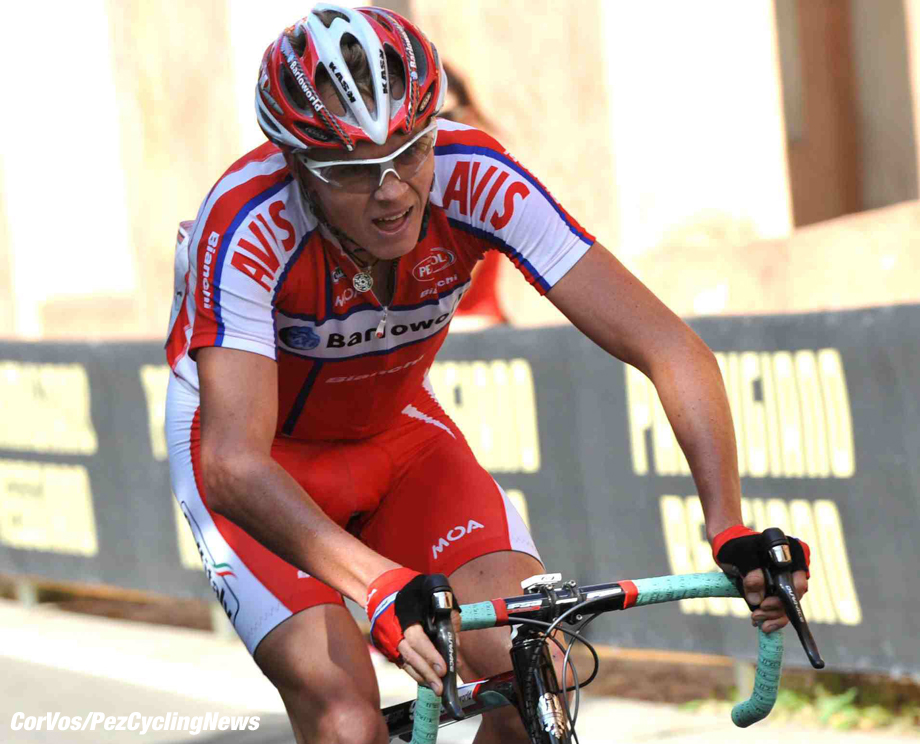 I was going down that route but I wanted to mention the fact that Cavendish has had history; he’s caused crashes, he’s been overly brash at times and I’m sure he’d be the first to admit that calling Andre Greipel’s victories at HTC-Columbia ‘shit small races’ was as stupid as it was incorrect. I was then going to liken a young Cavendish to today’s Gianni Moscon, until I realised that was as stupid as it was incorrect. Cavendish has been arrogant but he’s also started the now commonplace tradition of thanking all your team mates and giving out handshakes and high fives after the line. He’s helped highlight the efforts of guys like Bernie Eisel and Mark Renshaw who would otherwise have been ignored and in doing so he’s increased the visibility of all domestiques who do the largely faceless work; the likes of Svein Tuft, Julien Vermote and Adam Hansen. 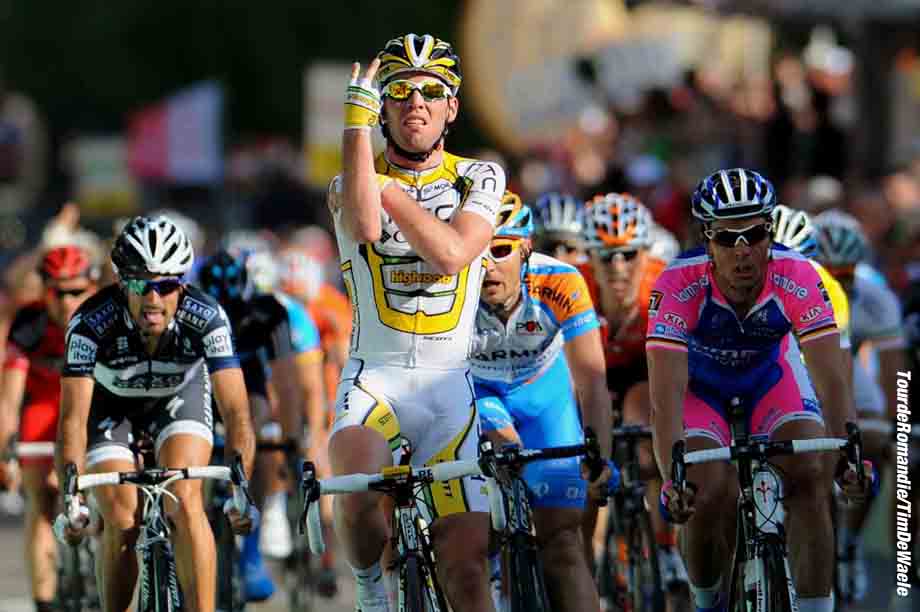 A young Cav did some stupid things

He’s been snappy with reporters but he’s never been the drone like PR robot that we all hate to listen to either. During the first week of this Tour after he’d been dropped on the stage to Quimper he was asked, with reference to a statement he’d made before the Tour that the route was the hardest he’d ever ridden, whether it was the hardest ever. His response was withering; of course the first few stages where it was all on the flat weren’t the hardest ever, clearly he had been referring to the hard mountain stages yet to come, he finished by asking what the journalist had been trying to get at by asking that question. To some it was snappy and aggressive but really it was a perfectly valid response to a fairly poor question. 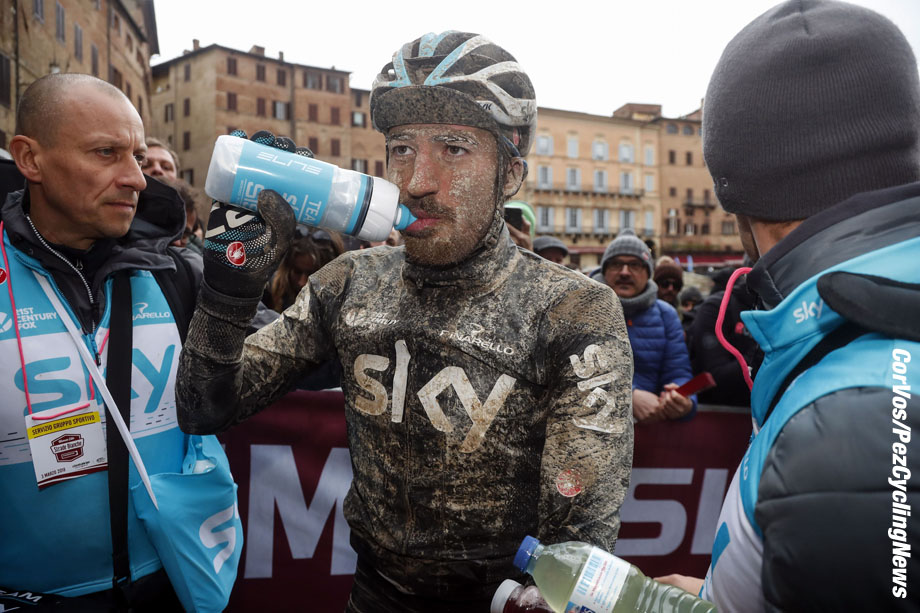 It’s tempting to compare Gianni Moscon with a young Cav, which I think would be hugely disingenuous to the Manx-man. At his worst Cav was careless, on a bike and with his words but Moscon is the opposite, he is a fully paid up unrepentant racist and has a violent streak when on a bike, in a world where Moscon is allowed to fester in the bunch seemingly without condemnation from the public, the mind boggles when you see continued criticism of Cavendish’s past mistakes. In the post-EPO world, Moscon’s bigotry should be where the UCI focuses most of its energies. It is frankly astonishing that a flimsy thwack barely a few pedal strokes into a stage can be justification for sending someone home but racist language, admitted and proven by multiple sources wasn’t. Not only wasn’t the Italian sent home but his punishment by the UCI was non-existent. When I say non-existent I don’t mean short or not fitting the crime, I mean literally non-existent. The only people he was banned by were Team Sky who sent him off for six weeks to his parent’s house during a time when it was unlikely that he would actually have been riding. Brian Cookson’s time as UCI chief was as damp and flannel like as they come but to do nothing when racism raises its head in your sport isn’t inept it’s heinous. It says, ‘we don’t care about the victim’ – as with all UCI presidents, Cookson was surely given a broom and an enormous roll of carpet when he took up his position.

After Moscon returned from his six week trip to the North of Italy he raced at the Route de Sud, the third warm up race for the Tour de France. He was asked about the incident and said, ‘my conscience is clean’, implying either that he hadn’t done it, which would’ve been a stretch given he apologised to Kevin Reza and admitted it, or that he had done it but had no qualms with that. He went on to say that the claims weren’t entirely founded, providing enough ambiguity to convince Sky fans that he was a wronged man but also providing no extra detail, leaving it entirely up to our imagination to work out quite what convoluted scenario had emerged such that these claims could have been made – perhaps he was listing his favourite Winnie the Pooh characters or was saying one thing was larger than another and it had caught on the Romandie wind and misunderstanding ensued. The topper was when pushed if he was repentant he said that ‘I didn’t kill anyone’ and on that point alone I agree. We can put it in writing, Gianni Moscon did not kill Kevin Reza and for that he should be applauded. Perhaps this is the new way to distract from wrong doing; ‘My love I have not hung the washing out to dry but I have also not slept with your sister and so you should be grateful’.

You may be asking why I am going off on one about an incident that happened over a year ago. That is a good assessment but the fact is this, many people will mindlessly add this to his rapsheet; racist, cheat, violent and it will all be glossed over. Moscon will be portrayed as a silly lad, flushed with the exuberance of youth and having a hard time controlling his emotions. Surely his career at Sky won’t be ended over a foolish little movement of the arm in a moment of high stress? Brailsford will swallow the whistle and keep him in the team and for most people he’ll be a funny note, another entry into the list of clips of cyclists who can’t fight.

That scenario isn’t good enough though, we’re not football in the 90s, we’re not baseball in the 40s & 50s, we’re not golf in the late 20th century, we are cycling in 2018 and our collective response to racism in the peloton shouldn’t be to do nothing. That applies for the UCI who failed abysmally here, it applies to Team Sky who dusted down the PR 101 handbook to crisis management and the ‘diversity awareness course’, presumably the awareness element is be aware if anyone is nearby who would make your bigotry public, and it also applies to cycling fans. It is perfectly possible to be a fan of Sky or Italian cycling and disgusted by what Moscon did and then his response – don’t be so partisan that you accept actions you find abhorrent in your personal life just because they wear the colours of the team you cheer for. 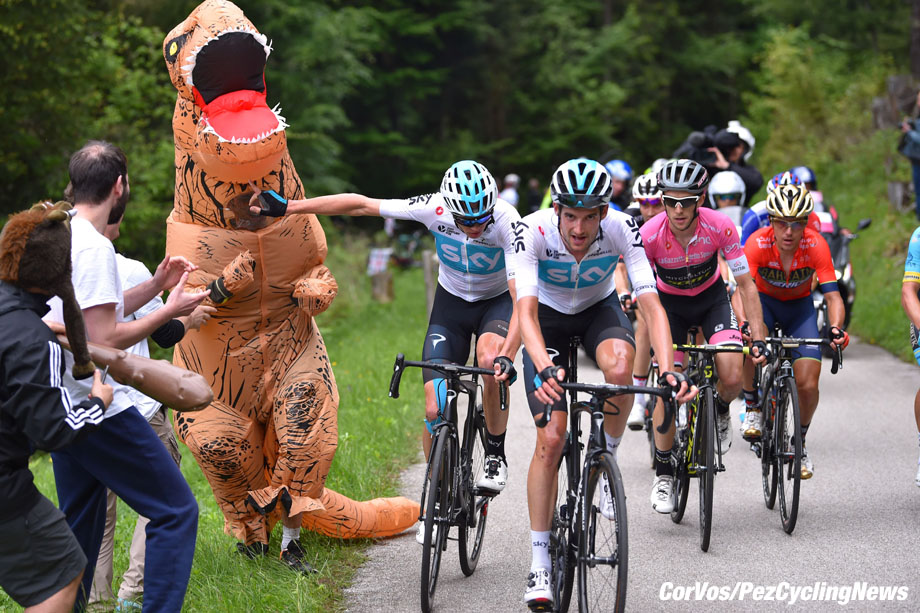 Team Sky are probably going to win the yellow jersey and the team classification, had Moscon not been kicked out of the Tour we would have had to see him on the podium and crossing the line arm in arm with his team with the world’s photographers focusing an eighth of their attention on him – all his sins absolved – yet we still have to put up with lectures from Brailsford about respect. Life is all about compromise, so how about this; I will feel sympathy for the fact a tiny tiny minority are booing Sky riders the very moment he takes some serious action against the unrepentant racist in his ranks. Until that happens Brailsford will have to realise that the moral high ground he’s clinging too is a pit of hypocrisies and failures to take responsibility. 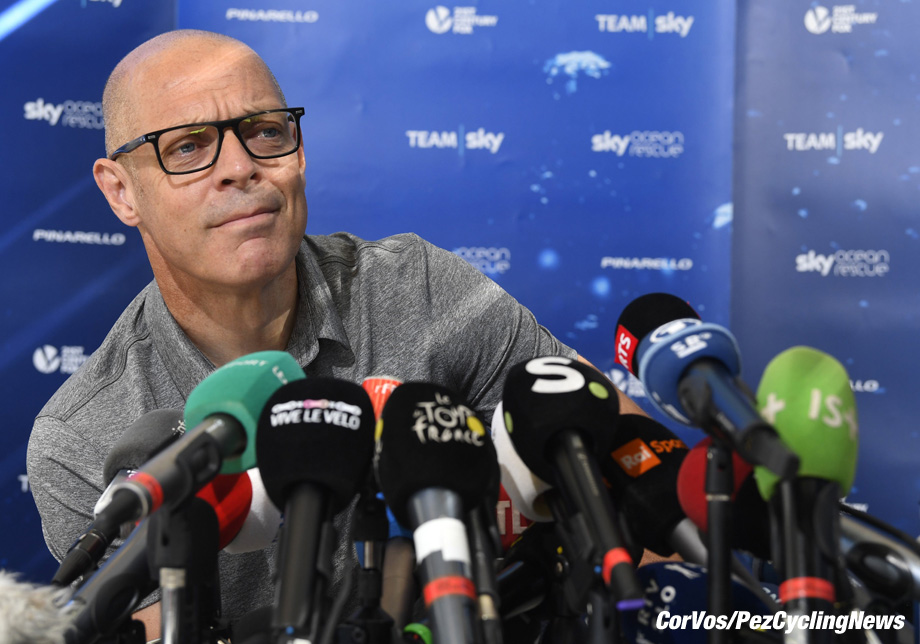 The journalists at the Tour shouldn’t be serving up half baked inhaler based conspiracy theories they should be asking Brailsford about the racist, the six week holiday and the management that facilitated that – but hey maybe the French are to blame for all this as well? 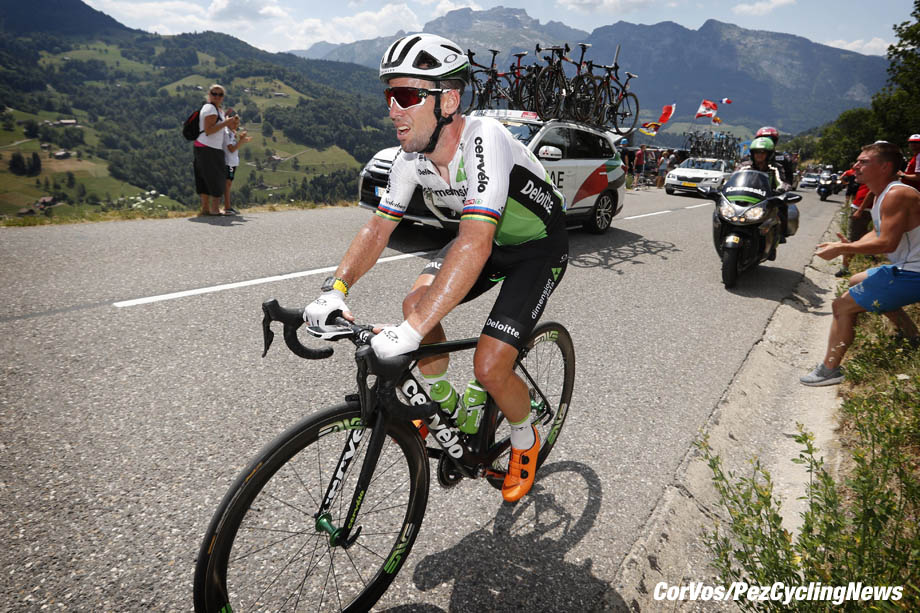