Jelly Belly p/b MAXXIS NeoPro Jordan Cheyne had the best week of his career so far in Utah as part of the team that put Lachlan Morton in the final leaders yellow jersey. His Tour didn’t start too well, but he soon got into the swing of things. Here is how the Tour of Utah went down for Jordan.

“Just get to the feedzone mate…”. Those weren’t the words I wanted to hear on stage 2 of the Tour of Utah as I groveled in the grupetto, seeing stars and fighting to keep my lunch down. The stage had featured a blistering uphill start resulting in myself and a couple dozen other unfortunate riders being punted off the back only 30km into the 160 km stage. It looked bleak and the combination of a head cold and the lingering effects of a stomach virus had me on my knees. I will admit it, when I dropped back to the team car I was looking to my Director Sportif Matty Rice for an out. I wanted him to tell me it was okay drop out of the tour and into the passenger seat of the air-conditioned VW Jetta. 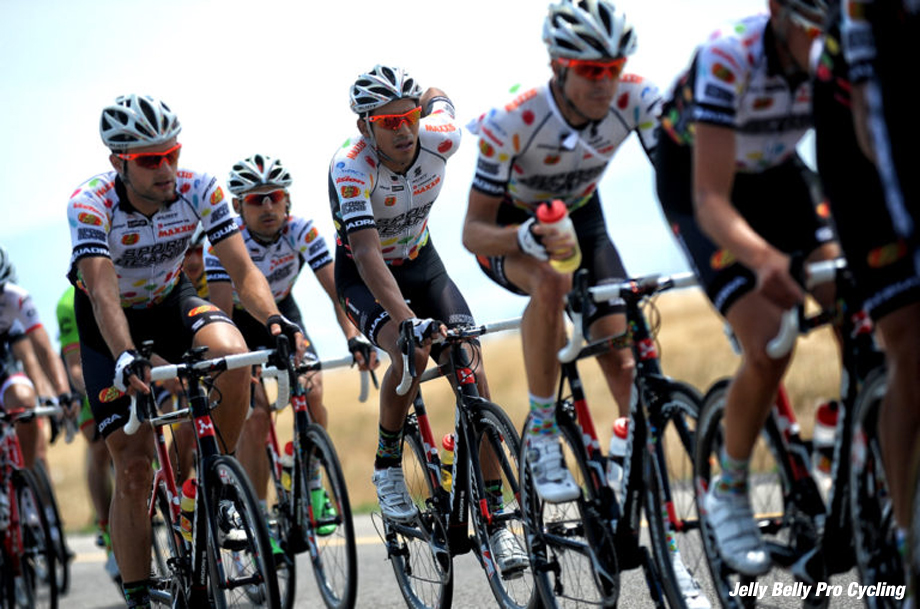 Instead, the words I was dreading: “Keep going. Just get to the feedzone and see how you feel on the climb”. My head swam, I nodded weakly, gritted my teeth, and got back to work in our group of the damned, all of us chasing a peloton that was nowhere in sight. It was hardly an auspicious start to the greatest racing week of my life.

Less than 24 hours later I was gritting my teeth again fighting up the side of the tattered peloton as the race reached a fever pitch at the foot of the Mount Nebo climb. I found a hole and punched through to join my teammates at the head of the group and waited my turn to ratchet up the pace. Team leader Lachlan bided his time at the back of our train. First it was Josh on the false flat run-in, then it was Alex and I when the gradient tilted upwards and finally it was Taylor and Gus reducing the group to only 10 riders less than 5km into the 20km Nebo mammoth. The rest was up to Lachlan and he finished the team plan off to perfection. He crossed the line about an our later punching the air and capturing the yellow jersey while riding all but two competitors effectively out of the overall race. 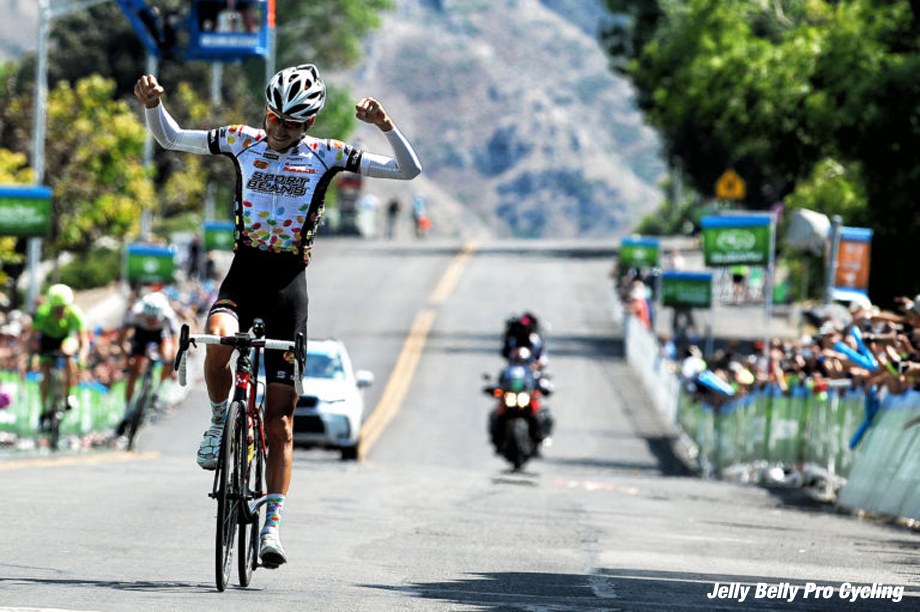 I don’t think our team was ever worried about riding the front and protecting the yellow jersey for the remaining 4 stages and 450 miles of racing. Our confidence didn’t come out of hubris but rather out of experience and self-efficacy built from the early stages of the 2016 season. When Lachlan charged to the yellow jersey in the Tucson Bicycle Classic we seized the opportunity to defend the jersey. It was a small race and we could have won with a more relaxed strategy but instead we lined the team out on the front for the entirety of the last stage. We practiced the art of neutralizing threats with the strength of a full team, hoping that we would need that skill soon in the season’s big races. And we would. Only two months later we successfully defended the yellow jersey against swarms of attacks in the Tour of Gila. Three months after that, we found ourselves in one long line at the front of the peloton again, this time with the yellow Larry H. Miller Tour of Utah leader’s jersey in tow. 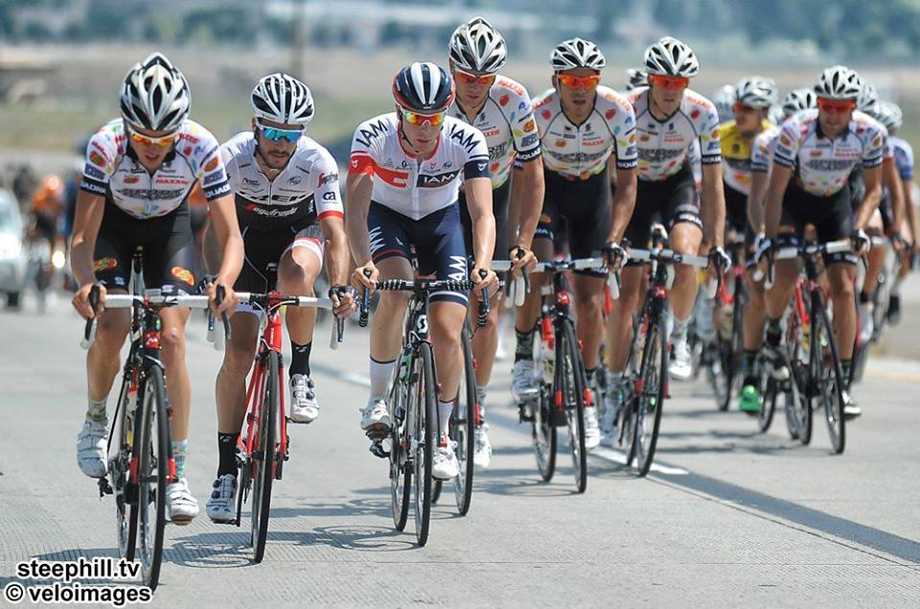 We efficiently and effectively fought a breakaway of 10 on our first day defending yellow on the way to Kearns, UT. The next day we got a little help chasing down 11 riders on Stage 5 to Bountiful and finally we swept up a powerful group of 13 on the way to Snowbird on the grueling Stage 6. It wasn’t easy, but we never had to rotate with more than 4 of our 8 riders-allowing us to save strength for the race’s critical moments. A strong ride from Cannondale and Andrew Talanksy inched the jersey our of our grasp heading into the final day but the team remained strong and committed to fighting all the way to the finish in Park City.

The team may have been rock solid all week but I was admittedly feeling flimsy. The worst of my illness woes seemed to subside after that grim second stage but the efforts I had made had me feeling empty. The motivational lift of the yellow jersey was undeniable, but I don’t think I have ever waged as big of an internal psychological war as I did last week. “Just a few more pulls”, “Every bit of help counts”, “Don’t let them down, don’t you f*cking let them down ”… those were the constant refrains in my mind as we rode at the head of the peloton. I don’t think I would have been able to win that mental battle and persevere for anyone other than Lachlan and I know I wouldn’t have done it for myself. Lachlan is a gifted rider, a generous teammate and a very special kind of leader. 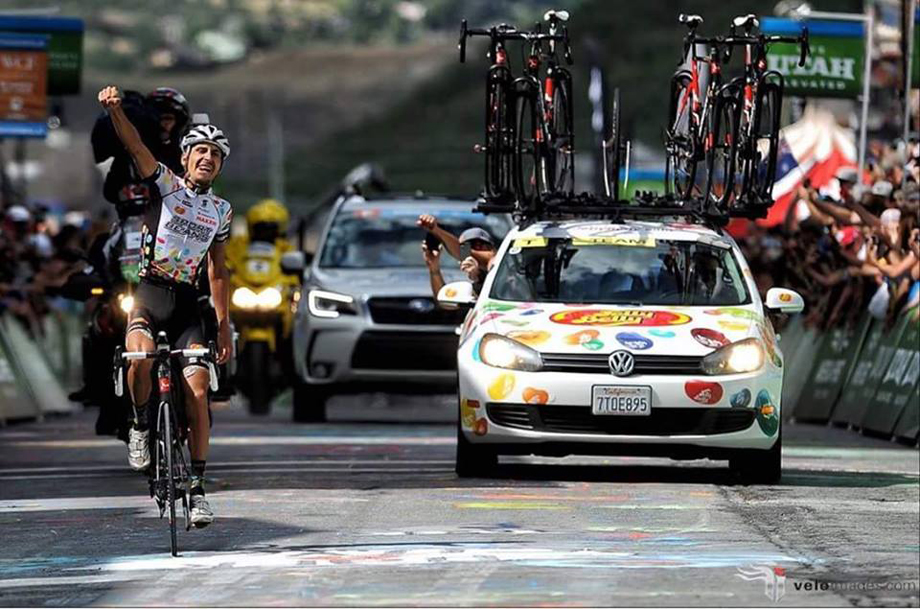 Lachlan demonstrated all of those qualities with resounding success on Stage 7 as he rode himself and Jelly Belly Pro Cycling into history. It was a desperate day from the beginning. The team rallied to close dangerous splits in the crosswinds, to fetch rain jackets as hail battered the race and to chase down Talansky’s bold breakaway before the final climb. After early efforts, I was finally completely spent and my race was over with 50 km remaining along with my teammates Jacob and Josh. That meant that we found ourselves alongside thousands of other fans on Park City’ main street cheering for Lachlan as he attacked the race’s final climb. Half an hour later, we sprinted recklessly to the finish line as he stormed across to take back yellow for good. 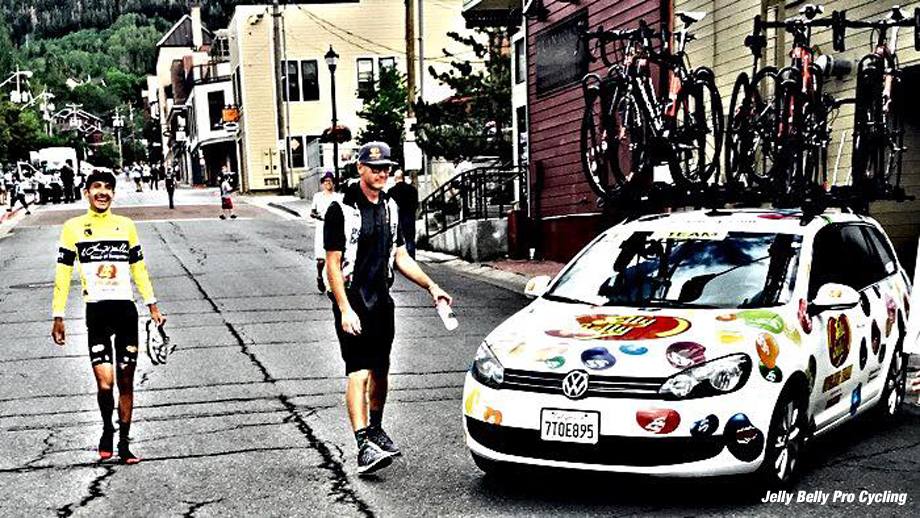 All of the sudden, we had done it. Jelly Belly had won the Tour of Utah and become the first Continental team to upset the World Tour teams in one of America’s premier stage races. It was an overwhelming, almost confusing rush of joy that washed over me as it all sunk in. After Gila, I remember feeling a deep satisfaction but this was different: pure ecstatic disbelief.

We all high-fived and shouted and hugged and did it all over and over again in the streets of Park City. The hours passed like minutes and the afterglow never seemed to dim. There were countless photos and autographs, good food, better drinks and many heartfelt toasts but I think Lachlan summed it up the intangible feeling best in his speech: “Guys, I don’t really know what to say, but We Did It.” 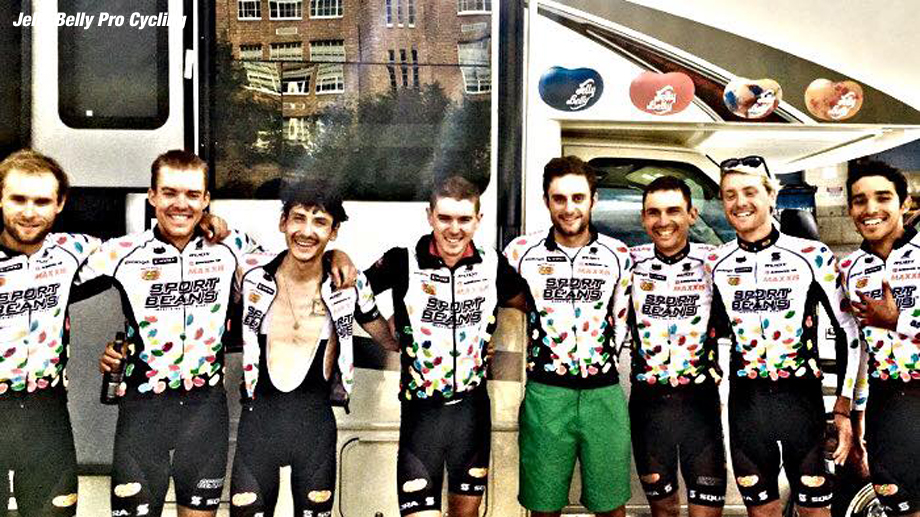