The first UCI one day road race of the year is New Zealand’s Gravel and Tar, a gruelling slog around the hills and gravel roads of the Manawatu region. PEZman Chris Selden was on hand to check it out up close this past weekend. 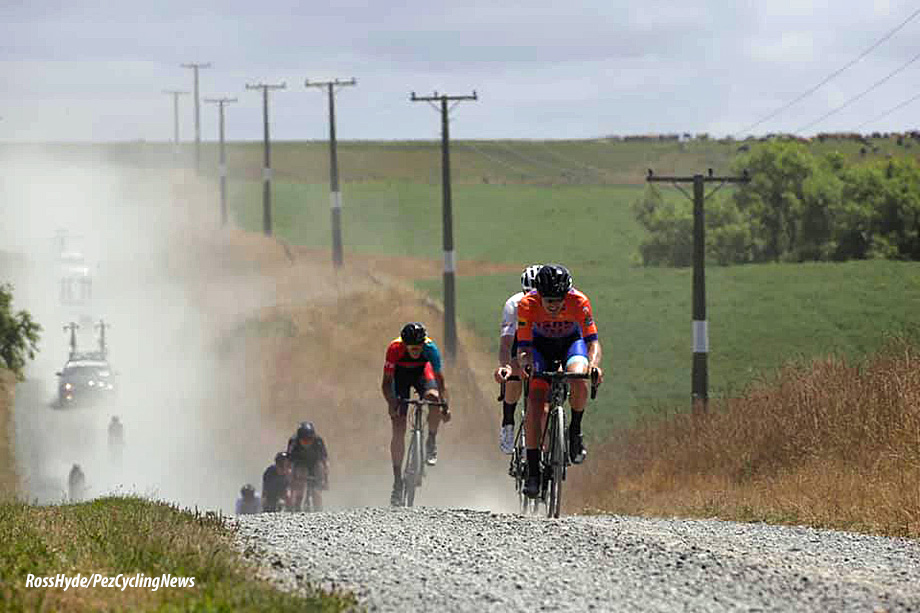 With long gravel sections, constantly undulating roads and a bit of wind thrown in, this past weekend’s Gravel and Tar Classic in New Zealand was a very tough way to start the year of UCI one day races. 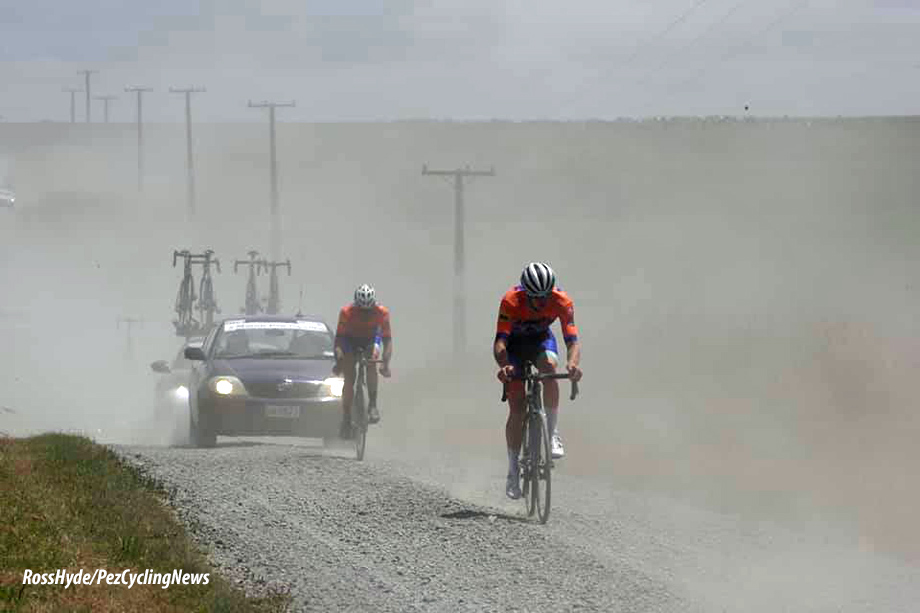 An even tougher day for some 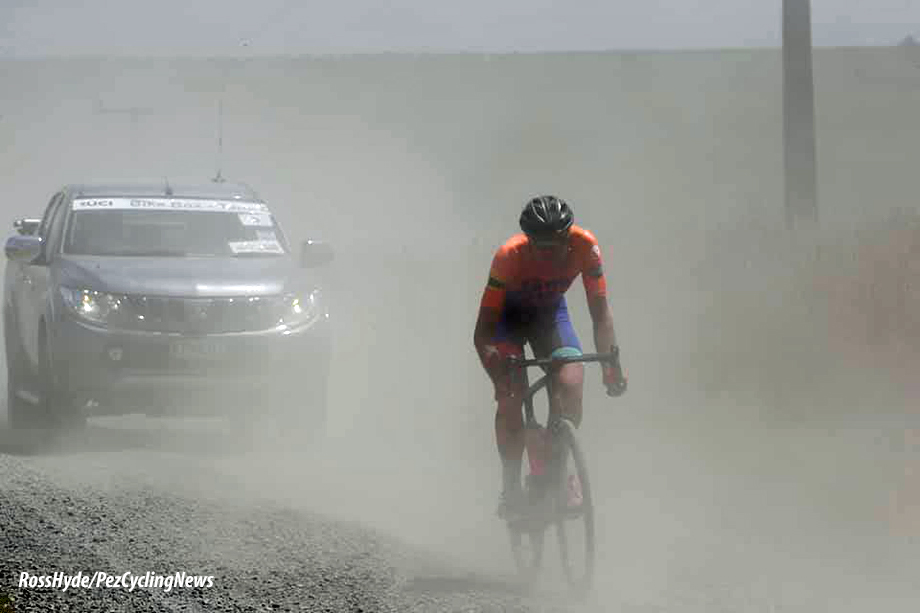 And even tougher again….

Ranked as a UCI 1.2 race the Gravel and Tar is now in its 5th year and is growing all the time thanks to some fine organisation, an amazing natural landscape to work with and the appeal of tough racing in January and valuable UCI points for the racers and teams alike. With 6 gravel sections for the mens’ race the ‘gravel’ part of the Gravel and Tar are the crucial points of the race and a serious challenge for all involved. 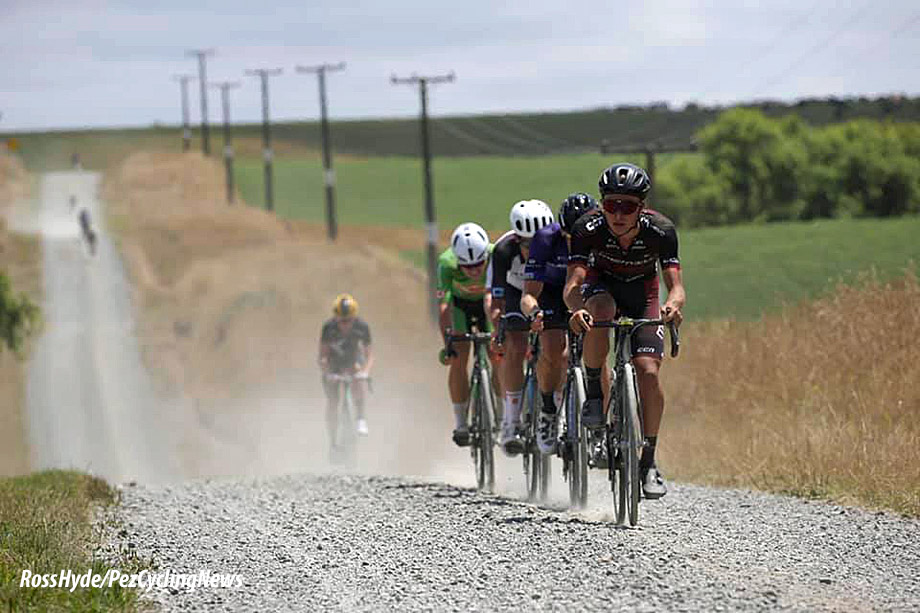 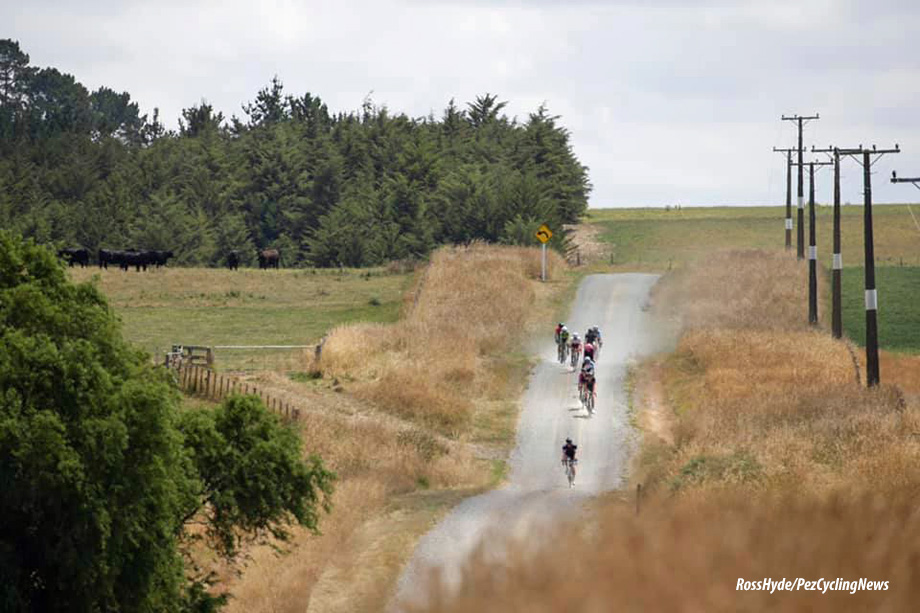 The Strade Bianche of the Southern Hemisphere?

This year teams travelled from as far as Sweden for the event but it was the Australasian riders who dominated with New Zealanders Hayden McCormick and Luke Mudgway (Black Spoke) taking first and second for their brand new, New Zealand Cycling Academy team and Australia’s Samuel Volkers riding for Sweden’s Memil-CCN taking third. 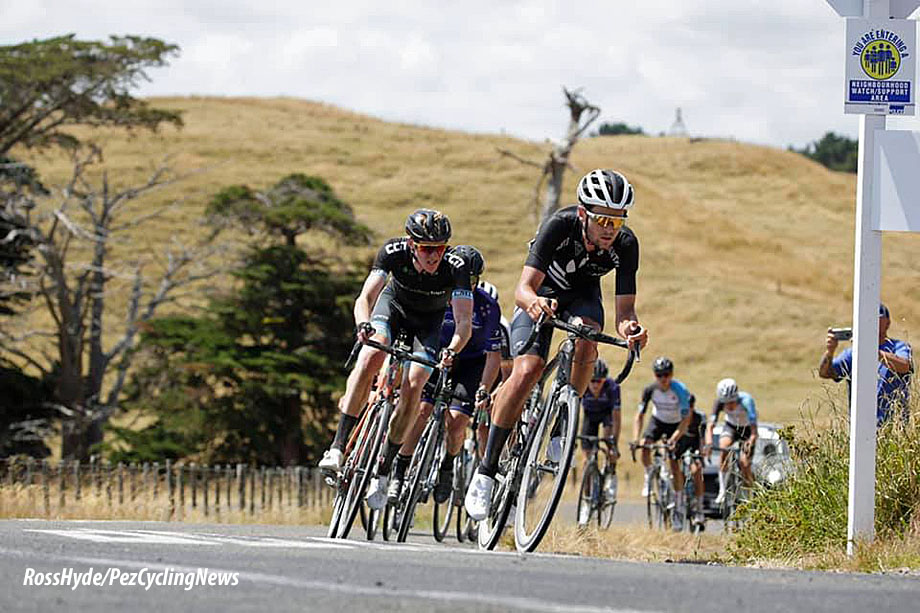 But it was New Zealand’s new pro team cycling Academy, Black Spoke who were smiling at the end after finishing 1st and 2nd and taking home the team’s prize in a dominant display. 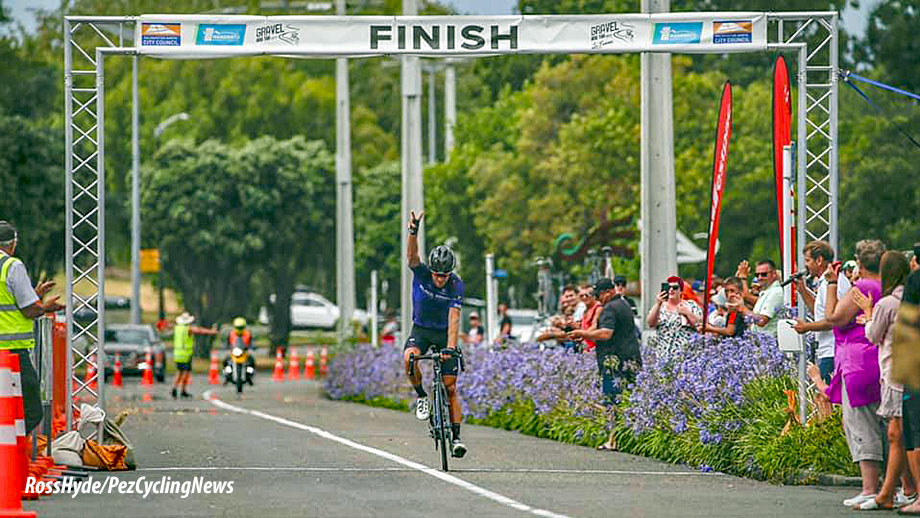 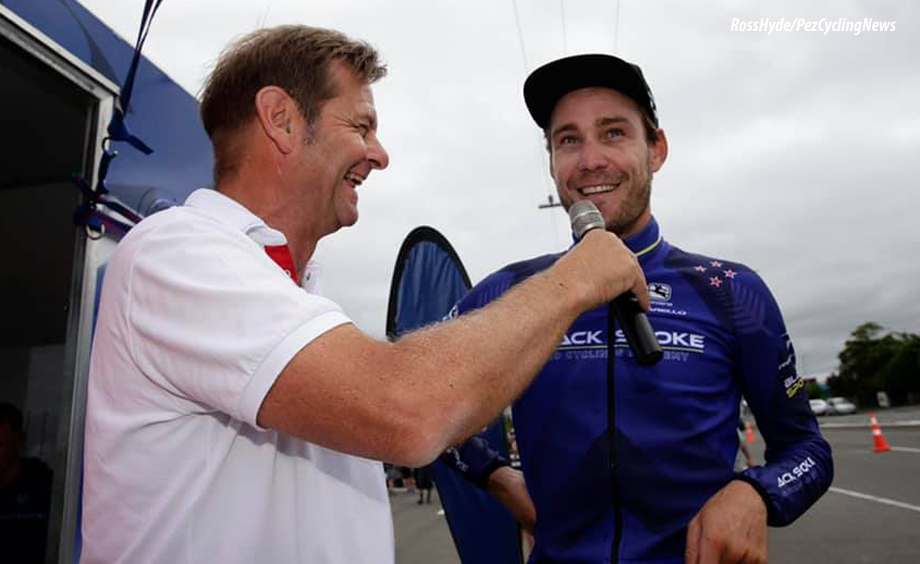 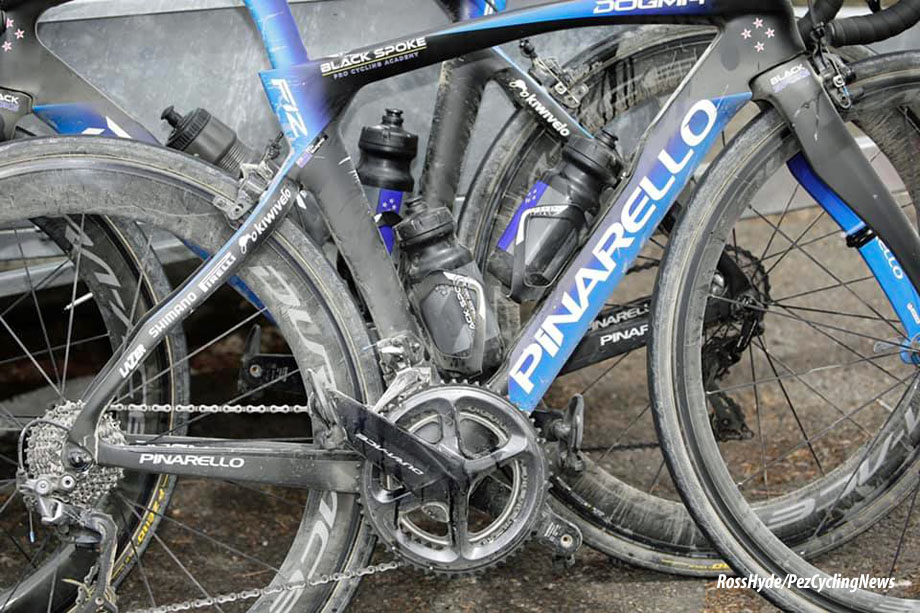 One of the truly great things about the Gravel and Tar event is that it’s not just a men’s pro race but also a women’s race and an amateur cyclosportive all rolled into one massive day of cycling. The women’s race – like the men’s is going from strength to strength with race director Stephen Stannard putting huge resources – and money into the women’s race, Gravel & Tar, La Femme also being a UCI 1.2 and having equal prize money as the men. 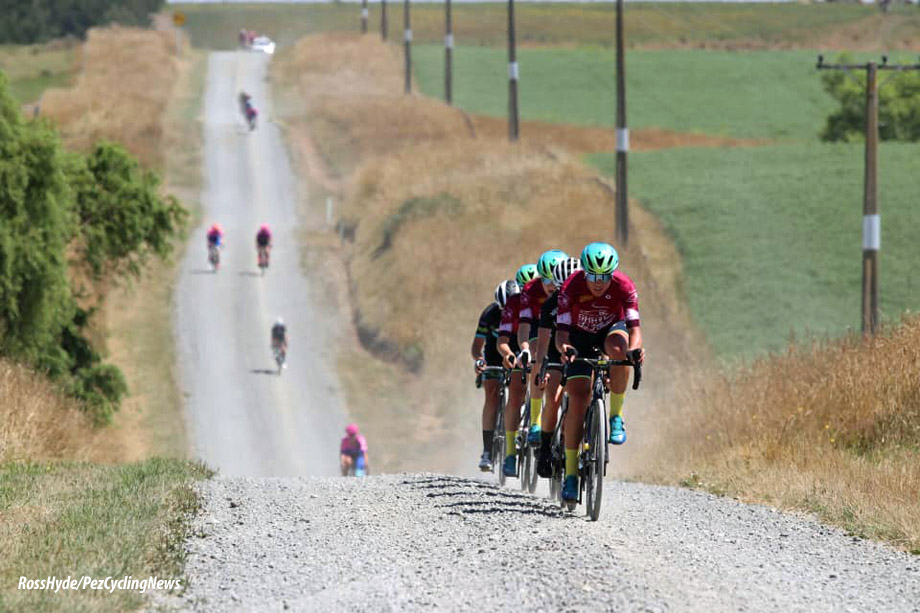 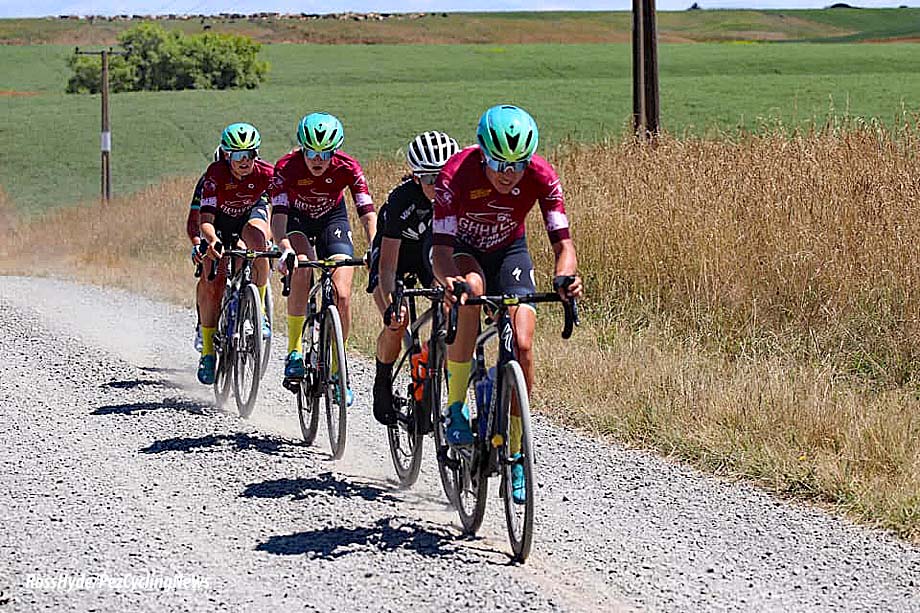 Australia’s Specialized/Green Monkey team dominated the previous day’s criterium but they were outgunned on the gravel by an amazing New Zealand National team. 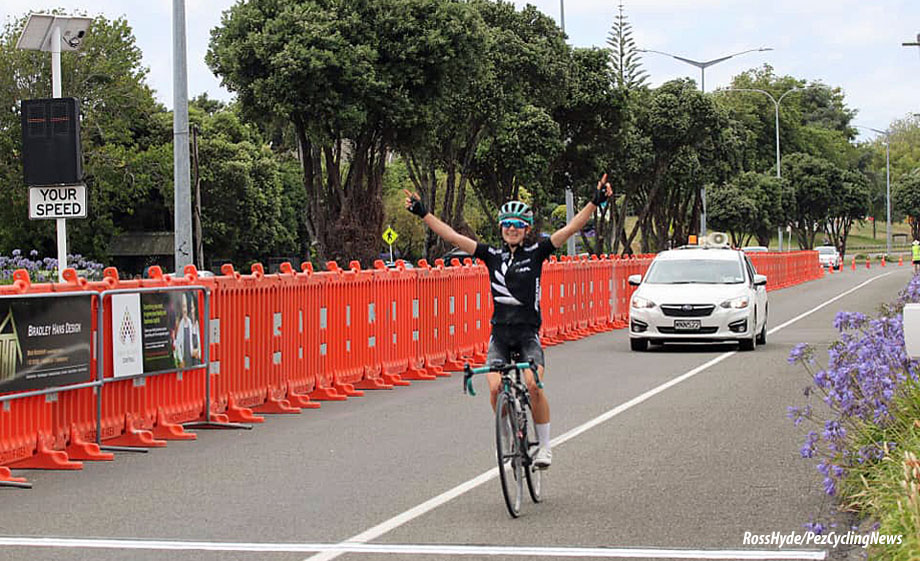 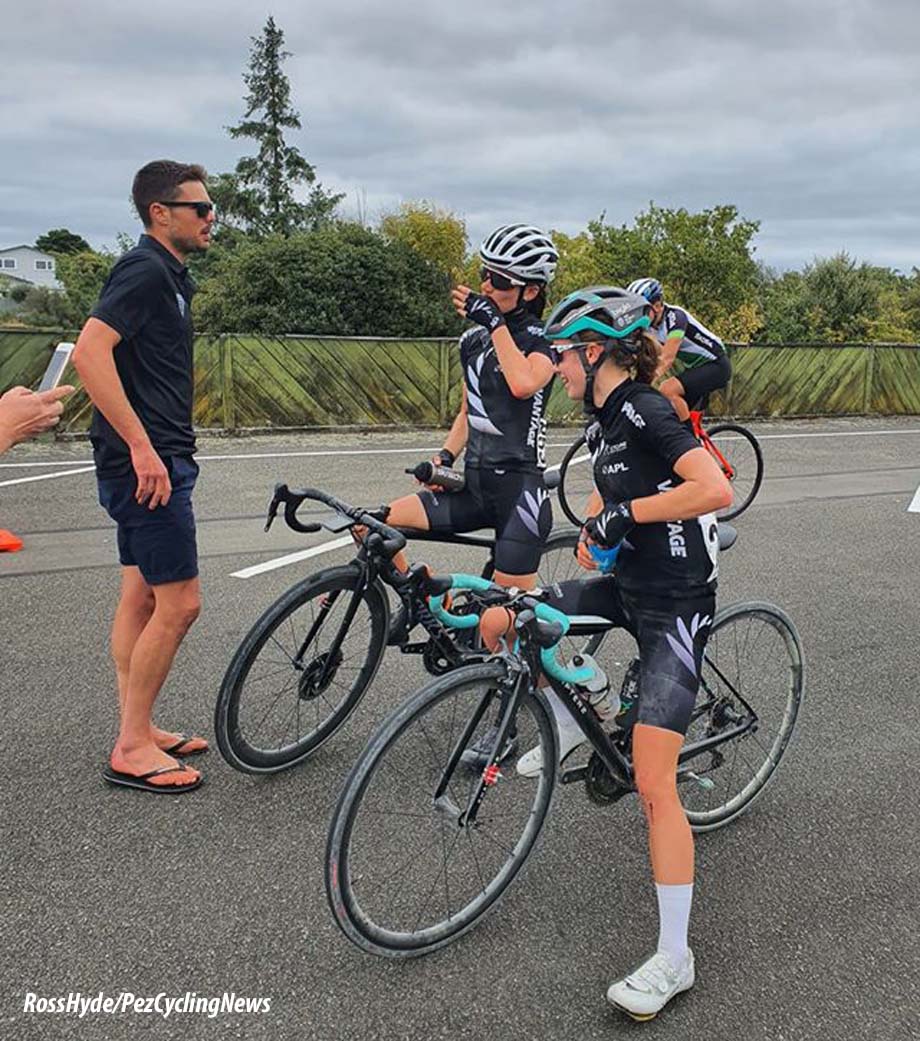 Who were led home by World Tour rider Niamh Fisher-Black who was guesting with the National team instead of her usual Bigla-Katusha colours. Fisher-Black attacked on arguably the toughest gravel section of the race with more than 50km remaining to solo to the win from her teammate Samara Sheppard who had done a great job in controlling the race behind all day. Ella Bloor salvaged a fine 3rd place for Specialized almost 2 minutes behind the very impressive Fisher-Black who at just 19 years of age is clearly heading for big things.

Look out for Fisher-Black in Europe this year and look out also for the Gravel and Tar events to grow more and more. This race has it all from superb organisation to friendly locals and supporters and of course – a simply awesome terrain of gravel and hills. Check it out at gravelandtar.com