Those that follow the Spring Classics may recognize the nickname La Doyenne, which refers to Liège-Bastogne-Liège. La Doyenne literally translates as “the old lady”; the reference being that LBL is the oldest spring classic, having first run in 1892. This translation is somewhat disrespectful in comparison to the nuanced meaning of the term; translating it as “the Elder” would give further credence to its longevity and show respect for the race of attrition that it is. 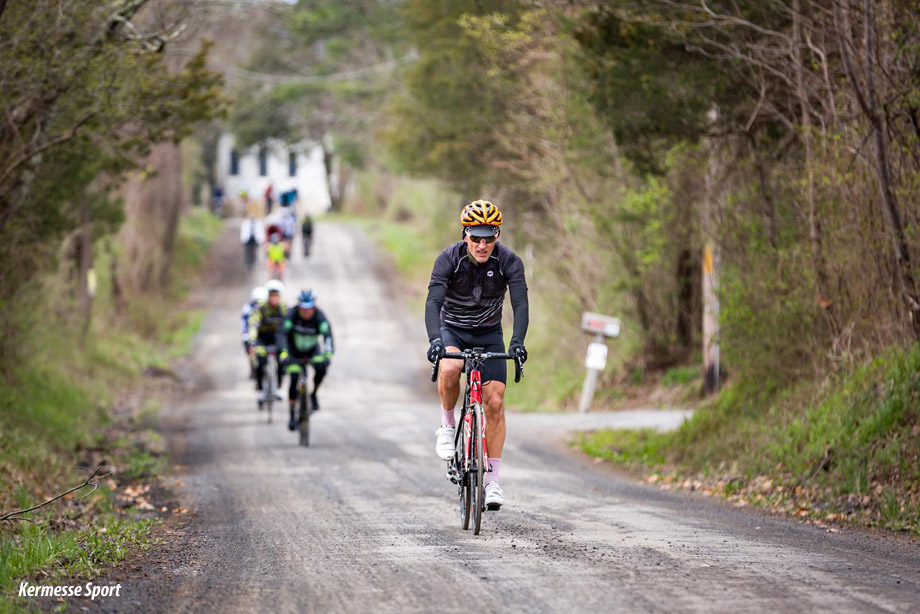 The Mid-Atlantic U.S. has a Spring Classic Series organized by Kermesse Sport. It’s a series of four events that emulate both the cobbled and Ardennes Classics of Northern Europe. The Fools Classic, Kermesse Sport’s original ride founded 13 years ago, is the series’ La Doyenne, even though it more closely resembles the Ronde Van Vlaanderen than it does LBL. 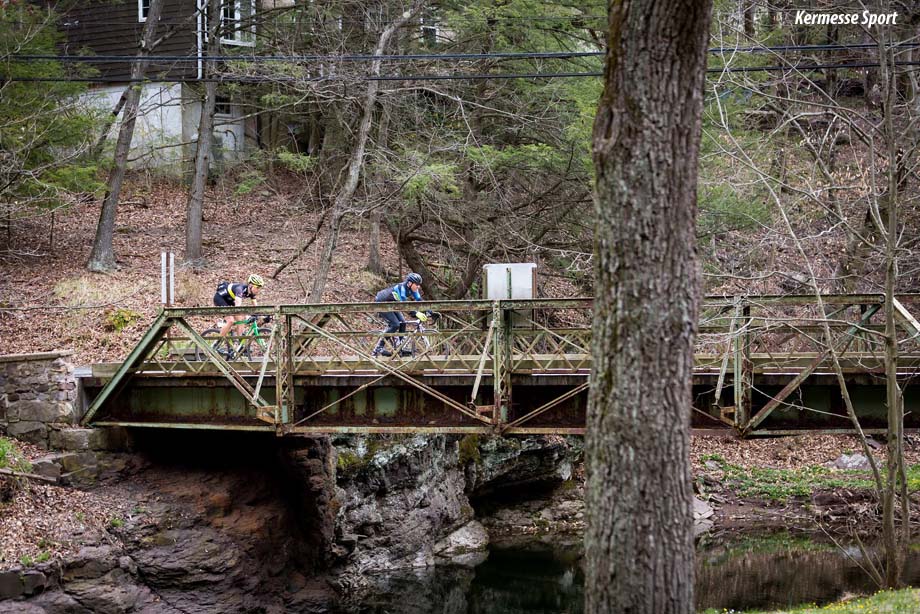 The Fools Classic predates gran fondos and gravel grinders as the hottest trends in organized rides. But like LBL, it doesn’t get the attention that it deserves. “In a sense, the Fools Classic is our Rodney Dangerfield ride. It doesn’t get any respect”, states Brian Ignatin, founder of the event. 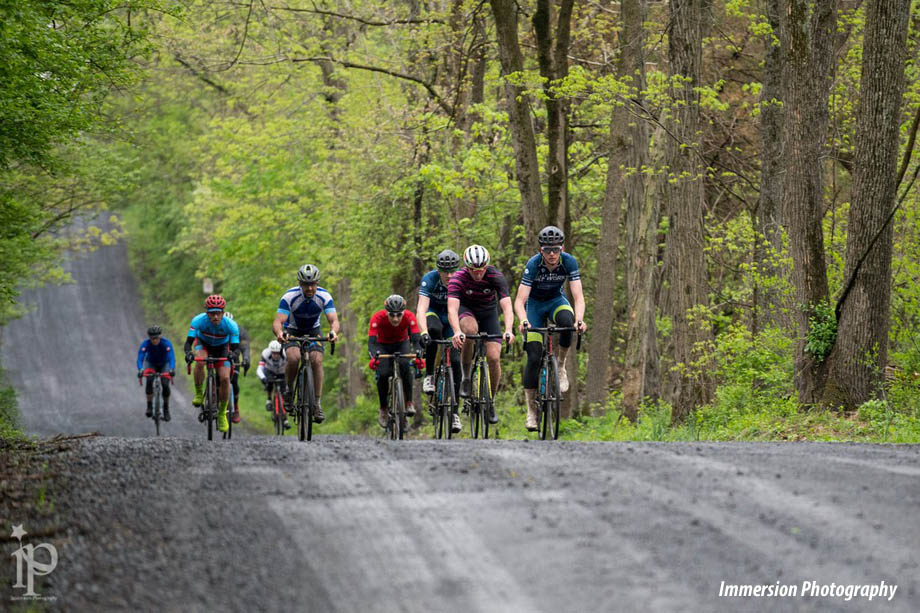 Kermesse Sport’s flagship event, the Hell of Hunterdon, annually attracts a full field in excess of 800 riders. But the Fools Classic remains an obscure event, despite the fact that participants say it is by far the best, most beautiful, and most challenging of the courses in the Delaware Valley. 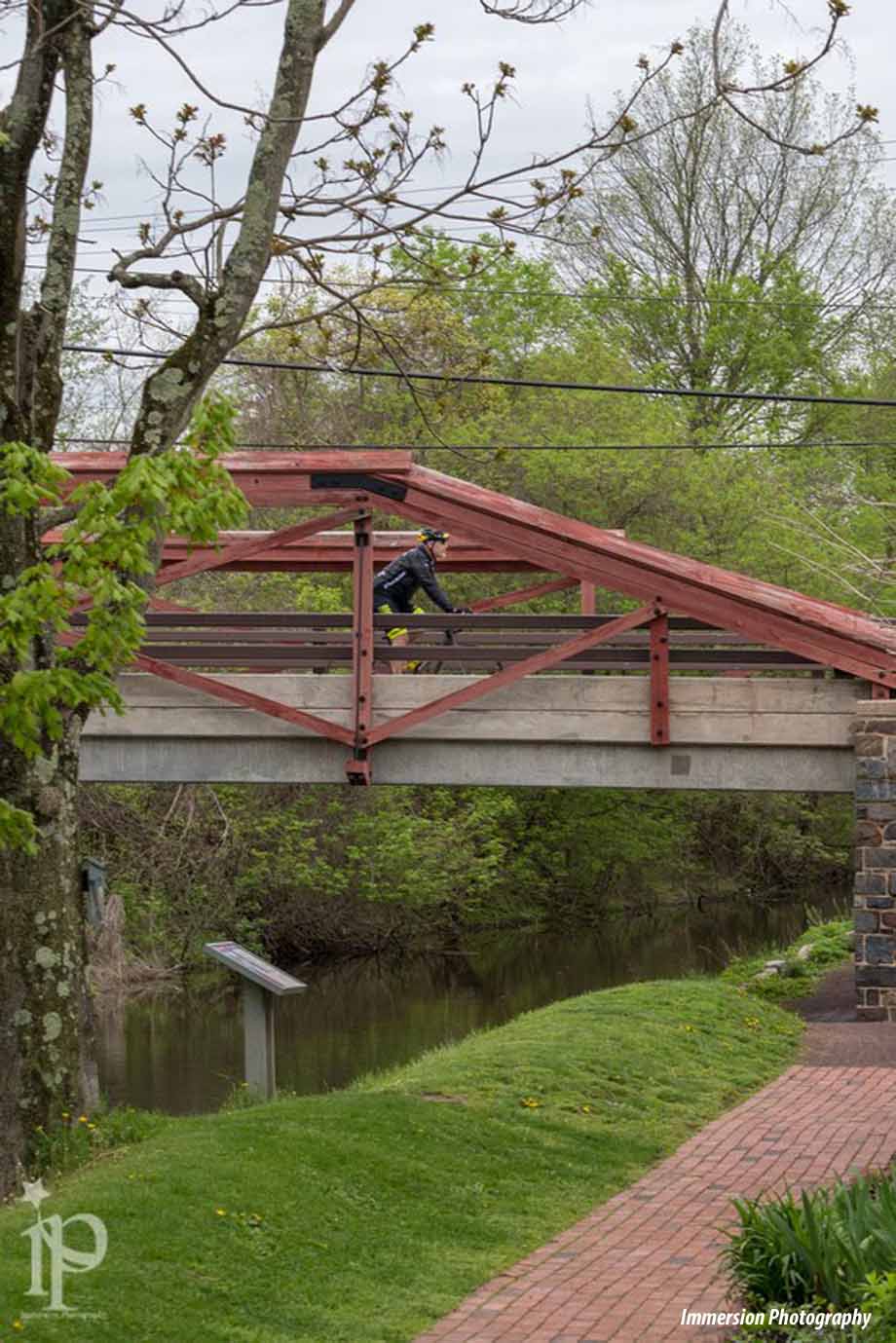 Perhaps it’s the name that puts people off. “I can think of few other activities where participants would clamor to sign on for an event which, by definition, classifies them as lacking the very sense with which they were born,” joked past participant Brian Palmer of the Washing Machine Post blog. While this was said in jest, for those entering the 2019 edition there is likely to be some truth to the statement. 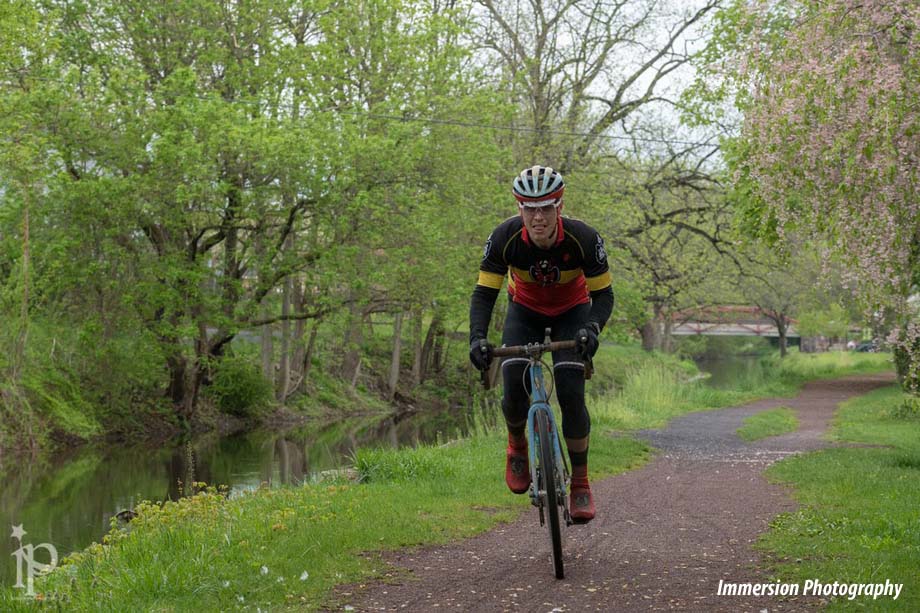 “The name Fools Classic stems from the first event being held on April 1, 2007. While the ride was meant to emulate the spring classics, who in their right mind can be so arrogant as to call their event a “classic” in its first edition? The name was definitely tongue-in-cheek”, said Ignatin. “We’ve thought about changing the name, but just haven’t come up with anything better”. 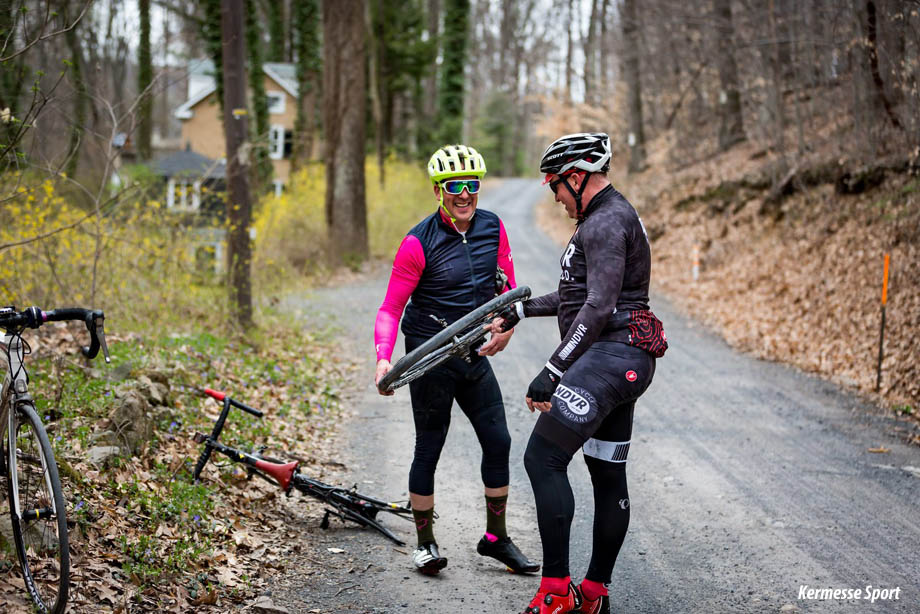 The traditional course, which has ranged from 72 – 79 miles over its 13 editions, features 27 unpaved road segments and over 6000 feet of climbing. Compared to revered events like Dirty Kanza and the Belgian Waffle Ride, the Fools Classic seems to come up short. 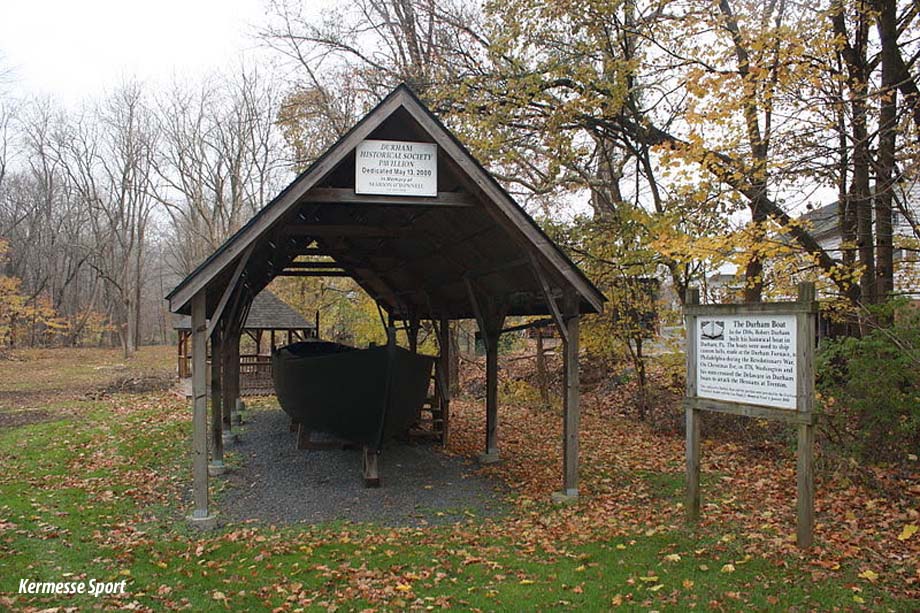 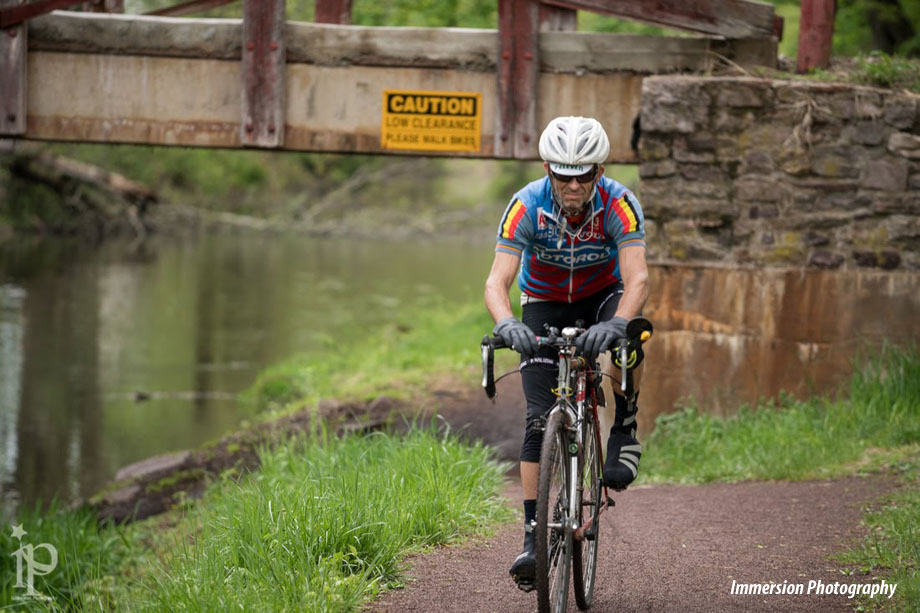 To satisfy those yearning for a bigger challenge, the Fools Classic moved the event date to late May for 2019, and is offering a 102-mile course option that has even more unpaved sectors and adds more than 2000 additional feet of climbing. 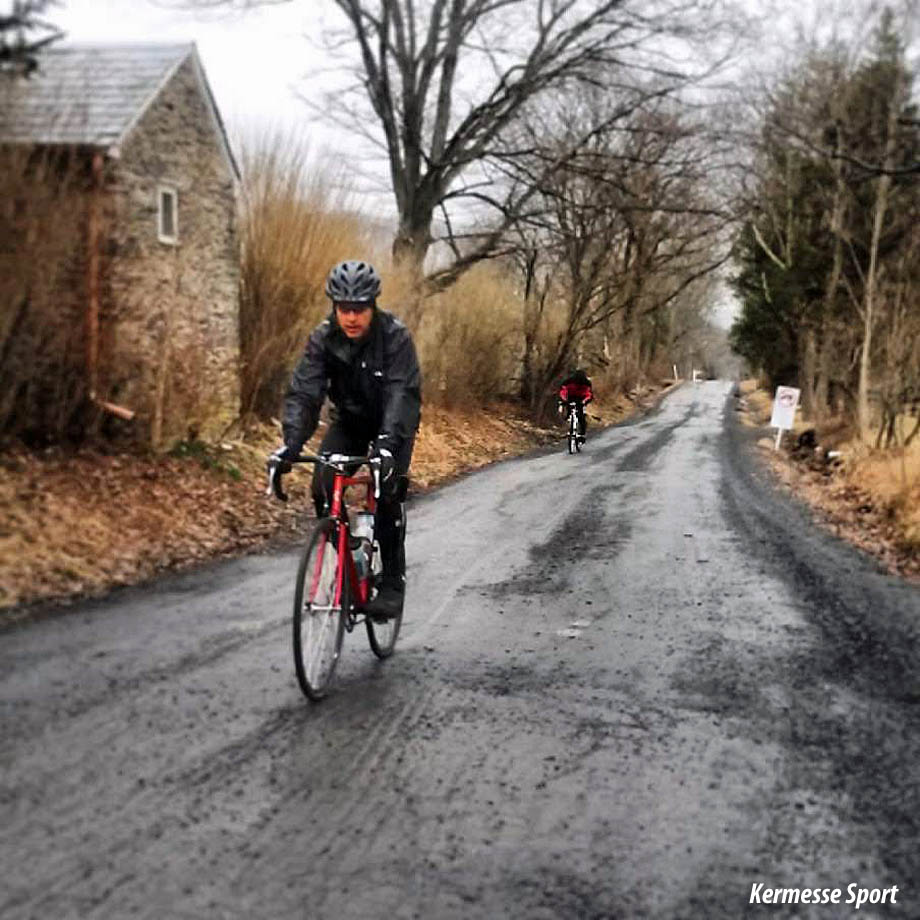 “We’ve had the “Total Fool” (the nickname for the longer course) on the drawing board for several years, but didn’t feel early April was the correct time to offer it,” said Ignatin. “When the opportunity to change dates presented itself, we seized the opportunity. Having the event in late May gives us more daylight, and will allow more opportunity for riders to complete the courses. If we stick with the new Memorial Day weekend slot, we’ll have to give greater consideration to renaming and rebranding the event.” 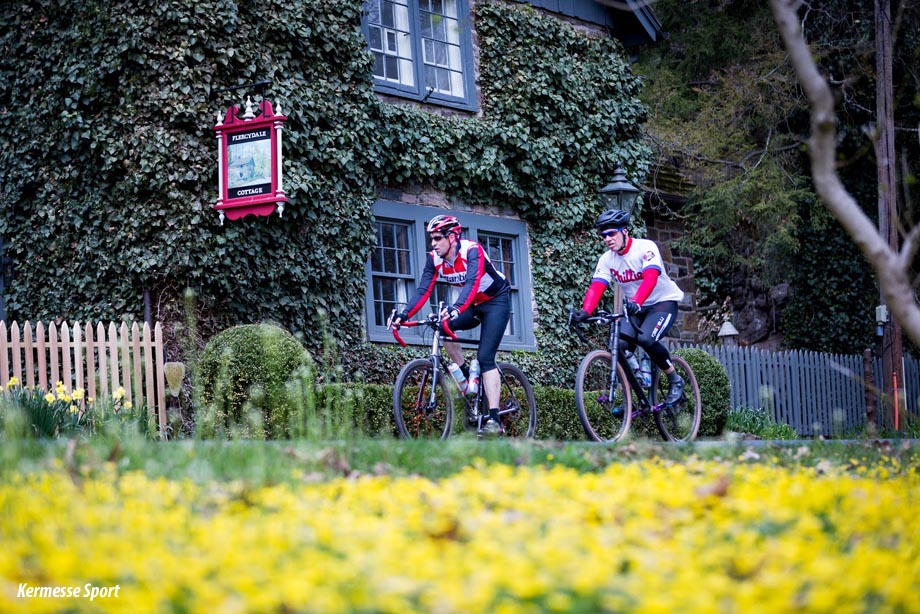 The courses for the Fools Classic are no joke. They start and finish at the Point Pleasant Fire Station (just north of Doylestown, Penn.), with the routes zig-zagging across historic and scenic Bucks County, where stone farmhouses, old barns and antique stores co-mingle with Starbucks and cell towers. Most participants are surprised by how many unpaved roads there are in the area, and how remote the region feels, despite close proximity to both New York City and Philadelphia. 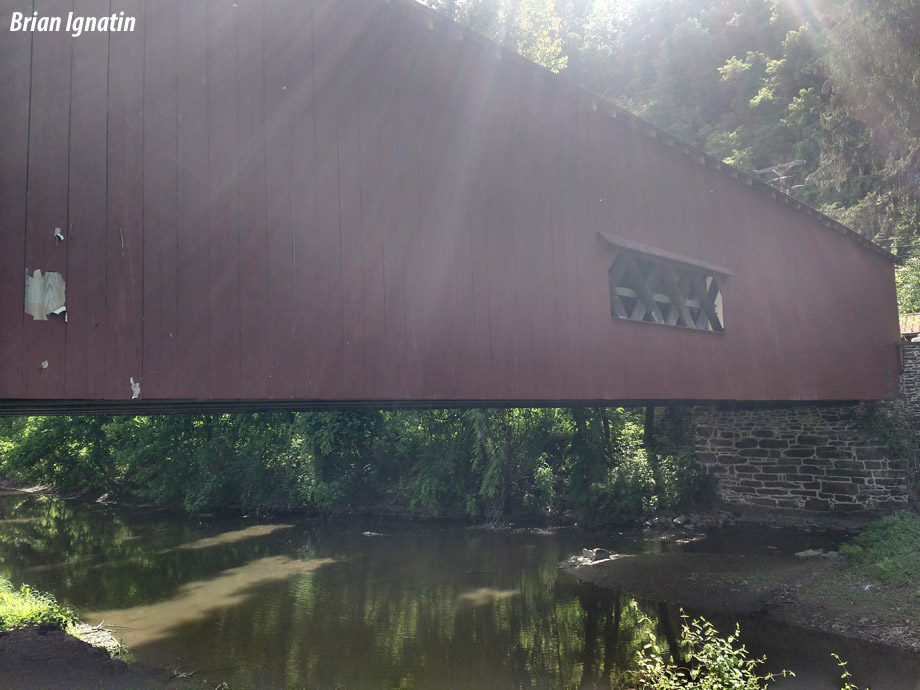 With 12 historic covered bridges in the county, one of the highest densities of such bridges in the US, crossing some of them is inevitable. Unique to the Fools Classic, however, is that the course travels under the covered Uhlerstown Bridge that crosses the Delaware Canal just south of the final aid station at the Upper Black Eddy Fire Company. 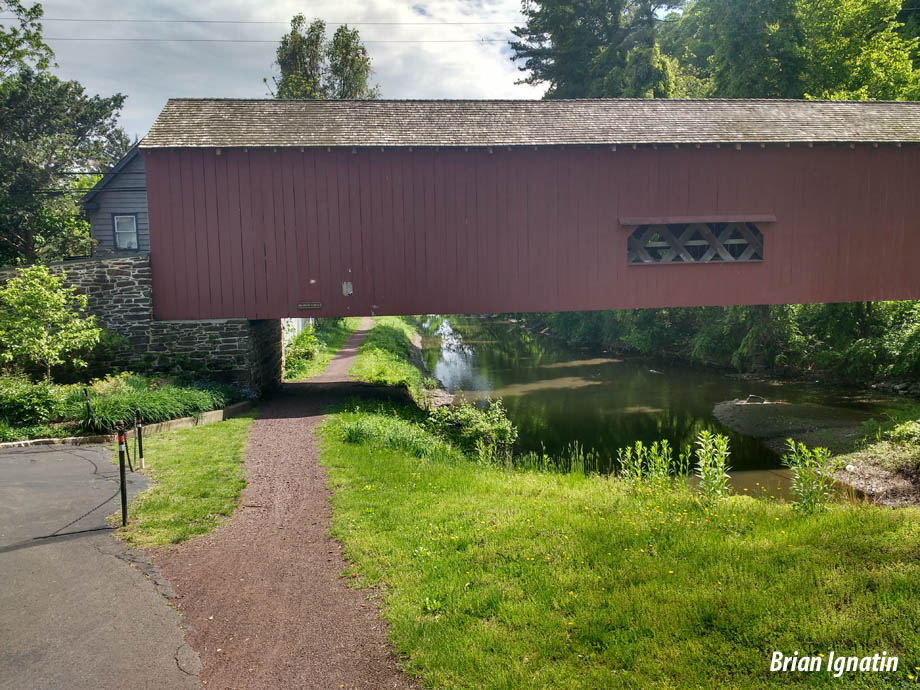 Each classic race has its iconic climbs: the Ronde has the Koppenberg and the Muur; Gent-Wevelgem has the Kemmelberg, and the Flèche Wallonne has the Mur de Huy. The Fools Classic’s signature climb is Lodi Hill, a kilometer-long dirt road that averages in excess of 10 percent and reaches a maximum gradient of 23 percent on its slippery switchbacks. 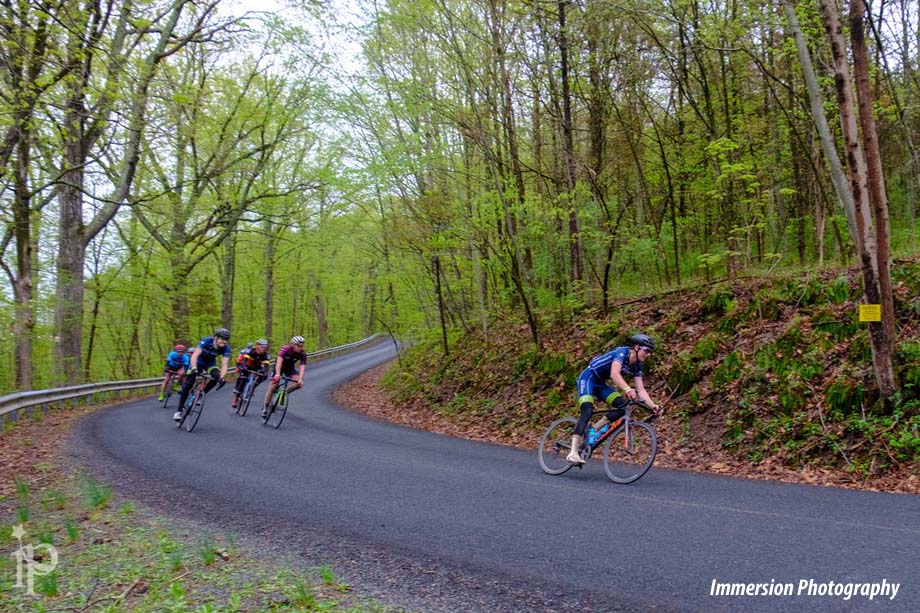 Lodi doesn’t stand alone. The climbs of Mt. Airy and Berger Roads are also quite challenging, with Berger being particularly technical. Quite a few riders don’t clear the segment without clipping out. 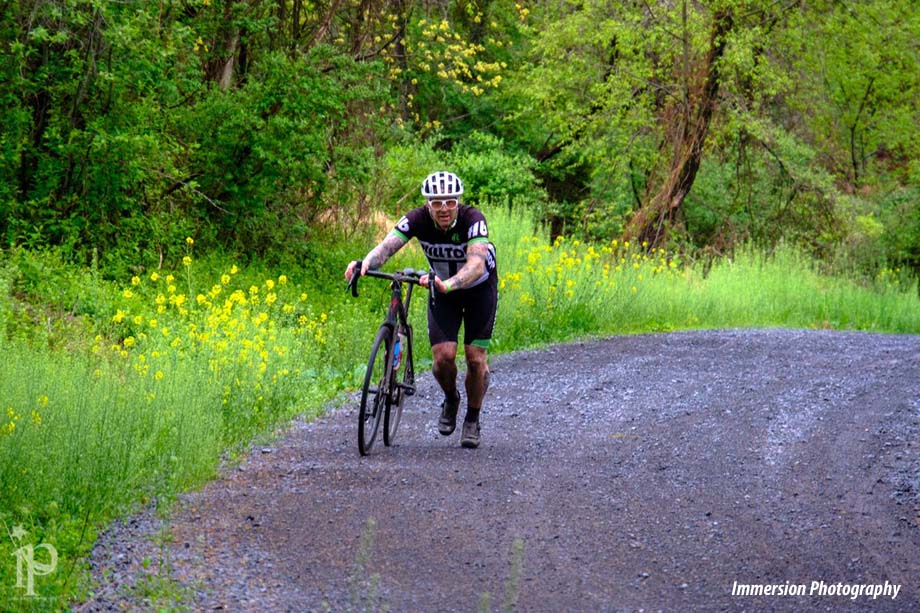 Not all of the steep climbs are on gravel. The new longer course has two paved climbs: Lower Saucon and Haupts Bridge. “Both climbs are more than a kilometer in length and are ridiculously steep. Their 10% averages don’t tell their story,” says Ignatin. 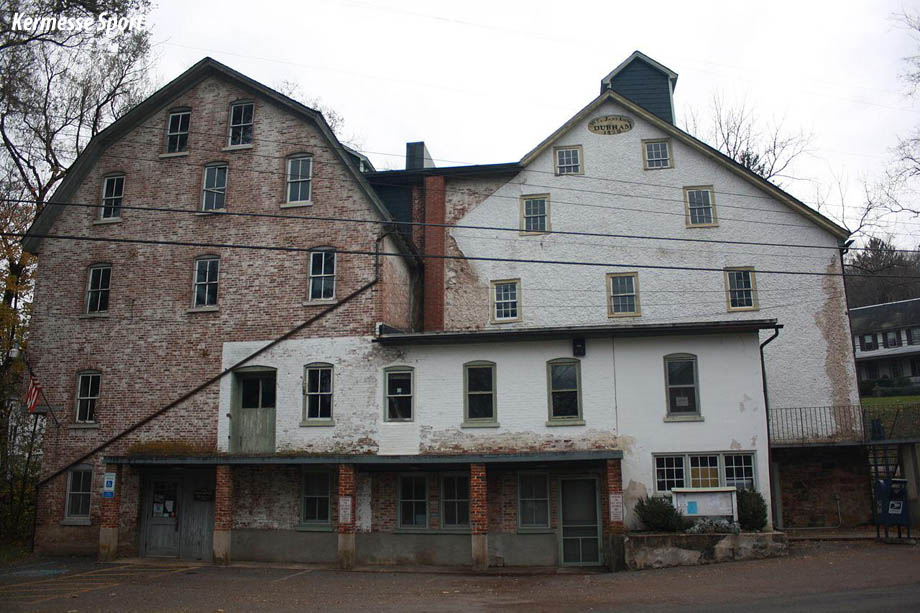 Riders may be traveling too fast on a technical descent to notice, but as they enter the village of Durham, they’ll pass an example of an historic Durham boat, located next to the post office (the 2nd oldest post office in the US), which were produced here. Durham boats were famously used by George Washington to cross the Delaware River on Christmas Day 1777, prior to the pivotal Battle of Trenton during the Revolutionary War. 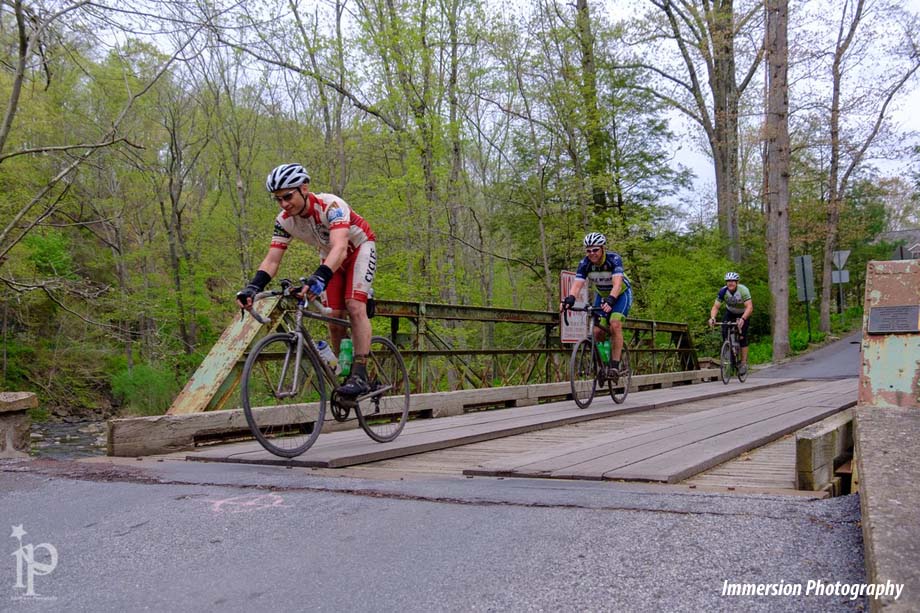 The final 20 miles of both courses see the riders climbing and descending from the ridges adjacent to the Delaware River, an area carved out by Ice Age glaciers. But there are bailouts for those whose quads just won’t give anymore. Riders can choose among several shortcuts by staying on River Road if they want a paved escape route, or along the Delaware Canal towpath if they prefer an unpaved one. 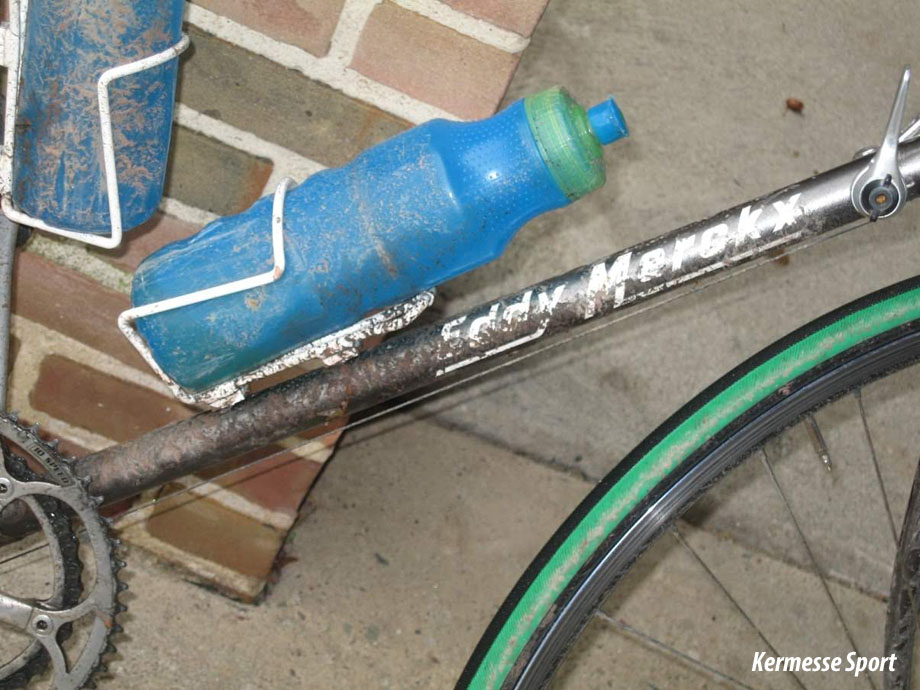 Either way, riders have to climb away from the Delaware to get to the finish. They can take a final shortcut from the village of Point Pleasant to return to the Fire Company on a 2-mile long continuous climb. But should they decide to ride the course in its entirety, they travel 2 miles further south to Lumberville, so named for the presence of Tinsman Brothers Lumber, the oldest lumberyard in the country, founded in 1785. From Lumberville they’ll climb on an unpaved road to the colonial era village of Carversville, then will face a final paved climb up to the Firehouse on McNeal Rd, another kilometer-long 10% average grade climb. 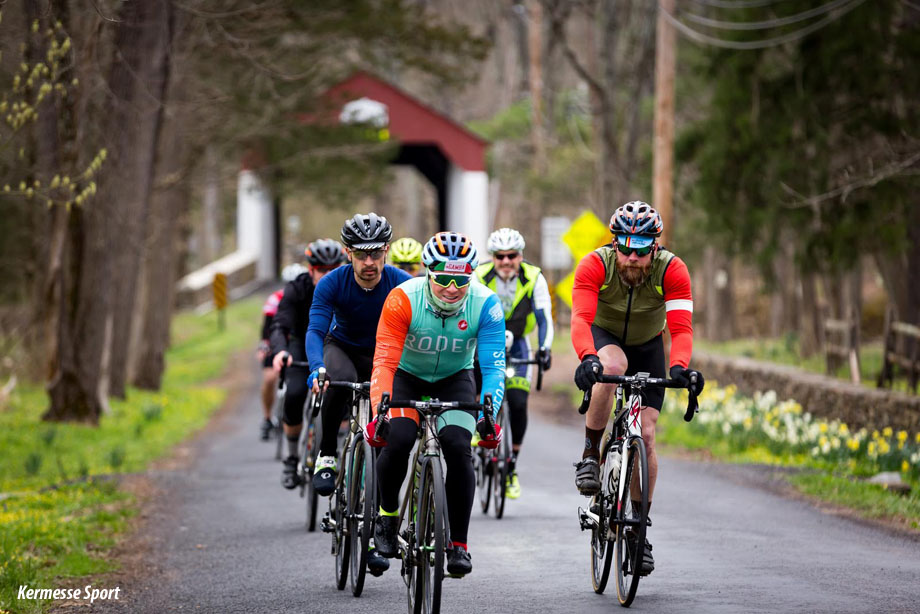 Regardless of how they make it to the finish, riders will be greeted with a selection of craft beer from local sponsor Mad Princes Brewing as well as barbecue from a nearby Pennsylvania Dutch restaurant. A fitting end to a challenging day. 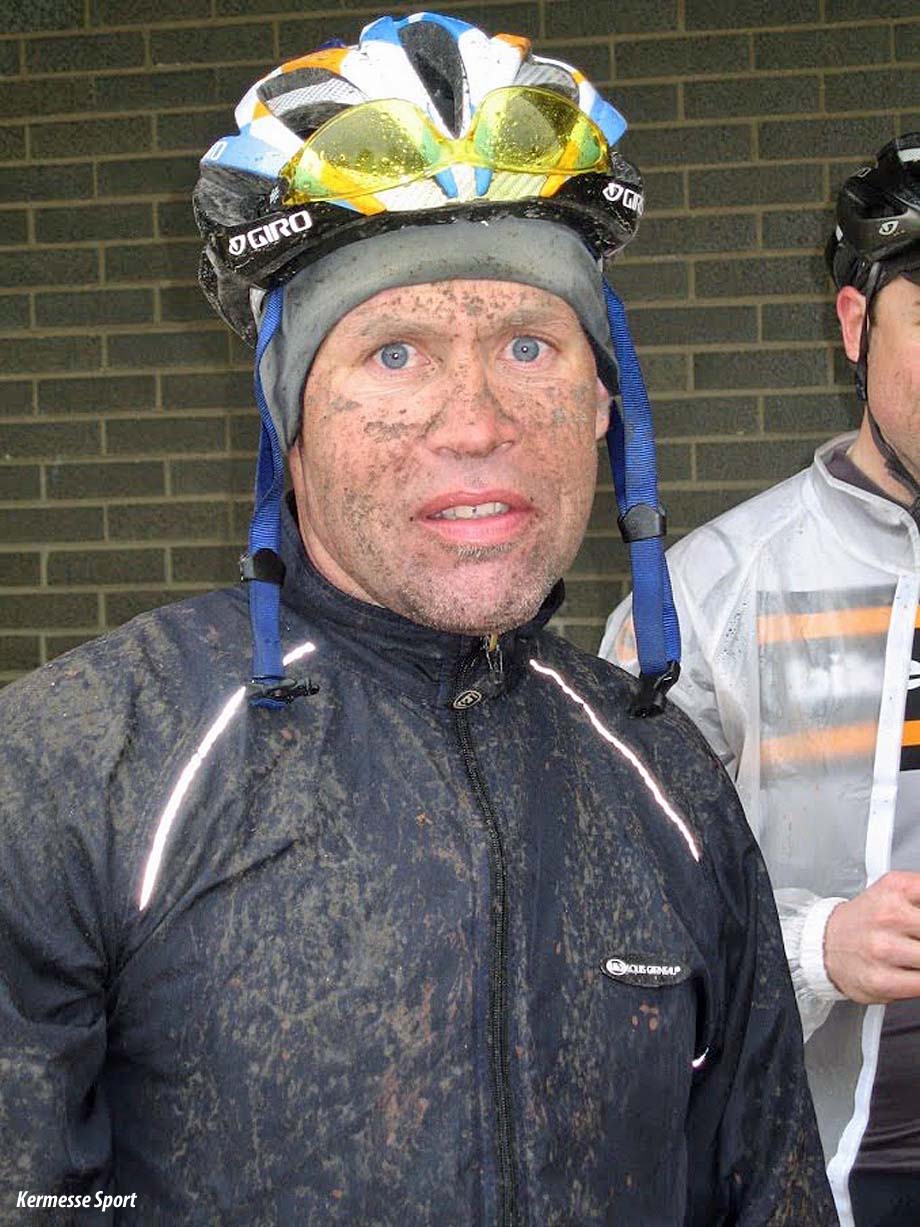 With its savagely brilliant course (and the new longer option for the true masochists), rural, low-traffic roads, heaps of Americana and colonial history, and malted goodness at the finish, the Fools Classic is no court jester, but one of the true leaders of the U.S. sportive ride scene. 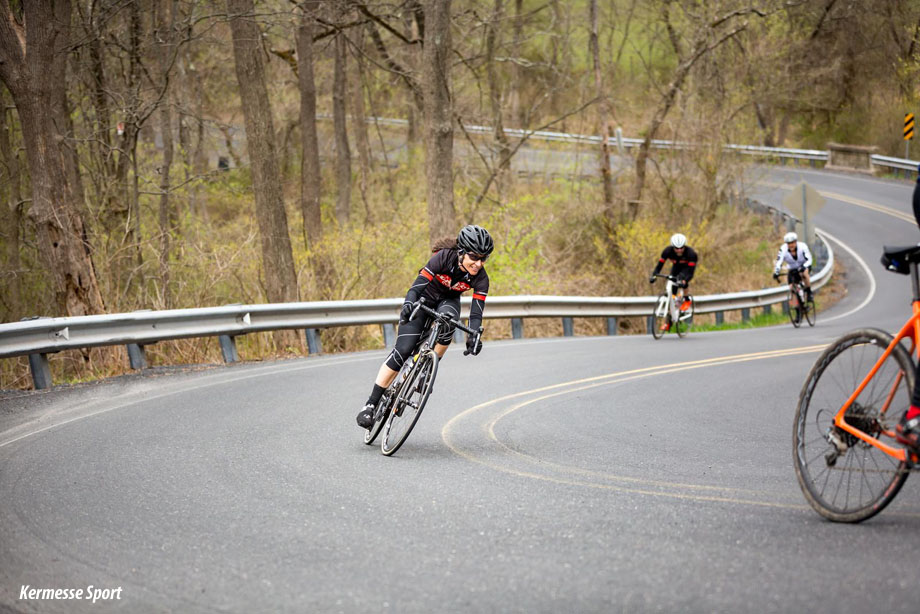 Kermesse Sport is offering a 10% discount on entry to the Fool’s Classic on May 25 to PezCyclingNews readers: enter code: pez-reader at checkout on BikeReg. More info at www.kermessesport.com/events/ 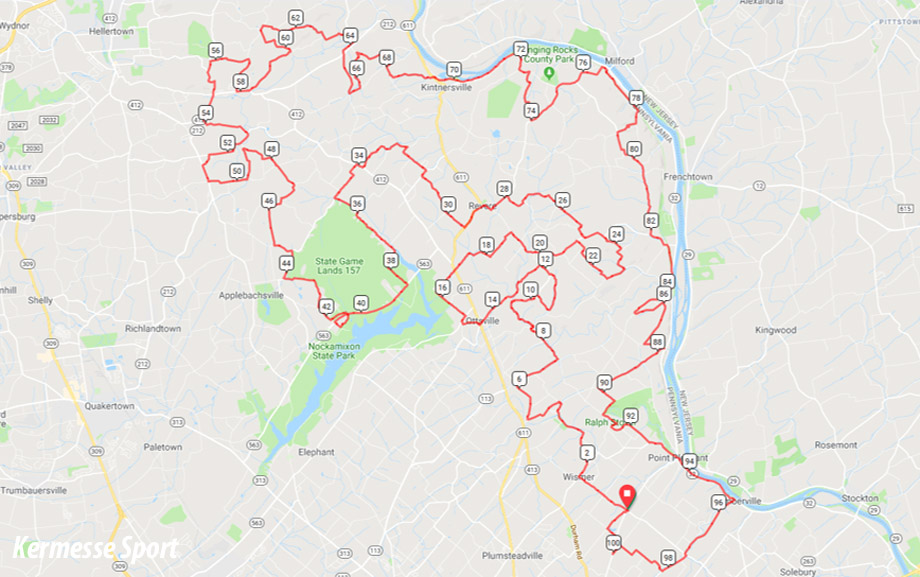