Book Review: Paul Jesson was one of the best riders to come out of New Zealand at a time when travel was no where as easy as it is today. His amateur success got him a contract with one of the biggest Belgian teams – Tour de France ride and a stage win in the Vuelta a España followed before a life changing crash put an end to his pro career. Ed Hood reviews his biography: “’Oh, THAT Tour’ The Paul Jesson Story” by Des Williams. 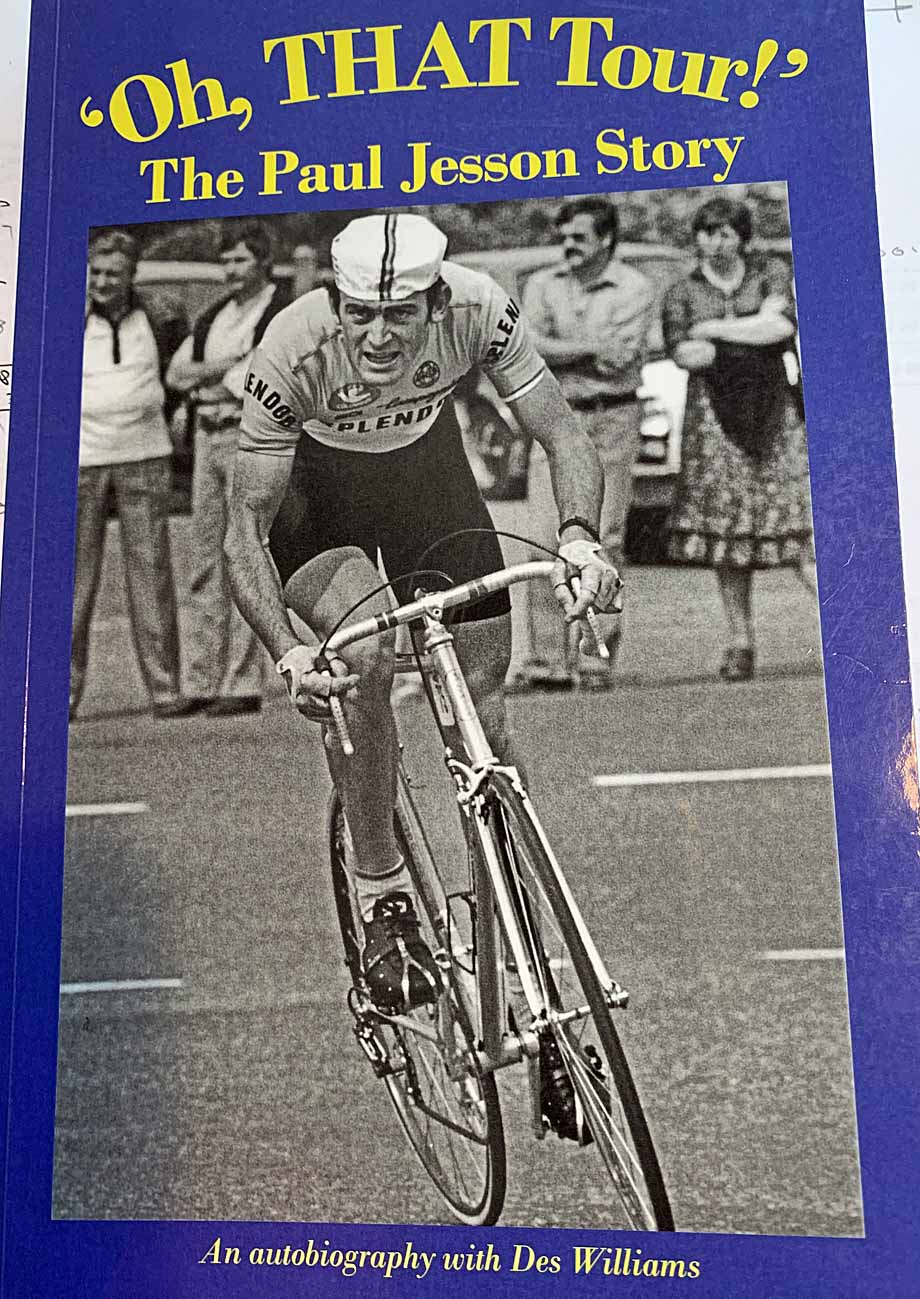 May 1980 and Splendor professional Paul Jesson becomes the first cyclist from New Zealand to win a Grand Tour stage; Burgos to Santander, Stage 10 of the Vuelta a Espana in front of huge, entertainment starved crowds in post Franco Spain. 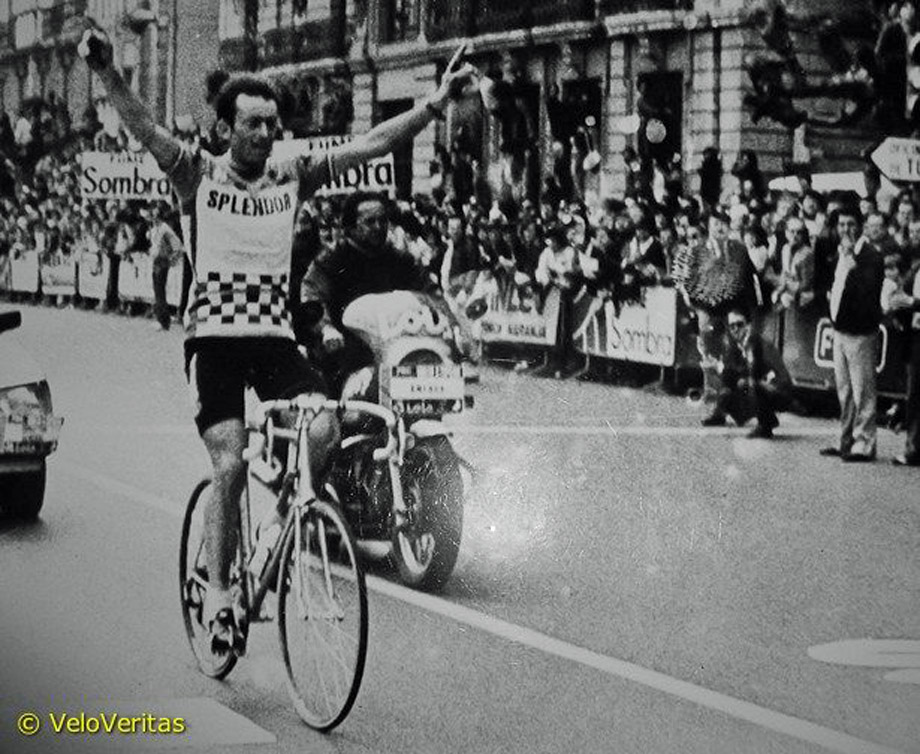 He’d also made the podium, earlier in the season of the hard man’s semi-classic Nokere Koerse. But just a few weeks after his Vuelta triumph he was riding the prologue of the Dauphine Libere, the Tour de France ‘warm up’ stage race and as he explained to me a few years ago when I interviewed him, this happened; “I was round the circuit three times before the start to familiarise myself with the parcours, that’s about all I can remember. I hit a parked car during the race – a Lancia, apparently – with my knee and was unconscious for a couple of weeks after. I learned later that I was unlucky with the medical care: I was admitted as the shifts changed and there was no proper control of my circulation. With an injury such as that you have to make sure that the blood keeps moving – if there’s no blood circulation for a period of six hours then that’s a real problem. I was operated on by a specialist in Belgium who operated on the likes of Michel Pollentier and top moto-cross riders but eventually the leg had to be removed, it was black, dead.’” His youth, form, and solid contract with one of the best teams of the day meant nothing, he’d gone from being one of the best bike riders on the planet to a ‘cripple’. 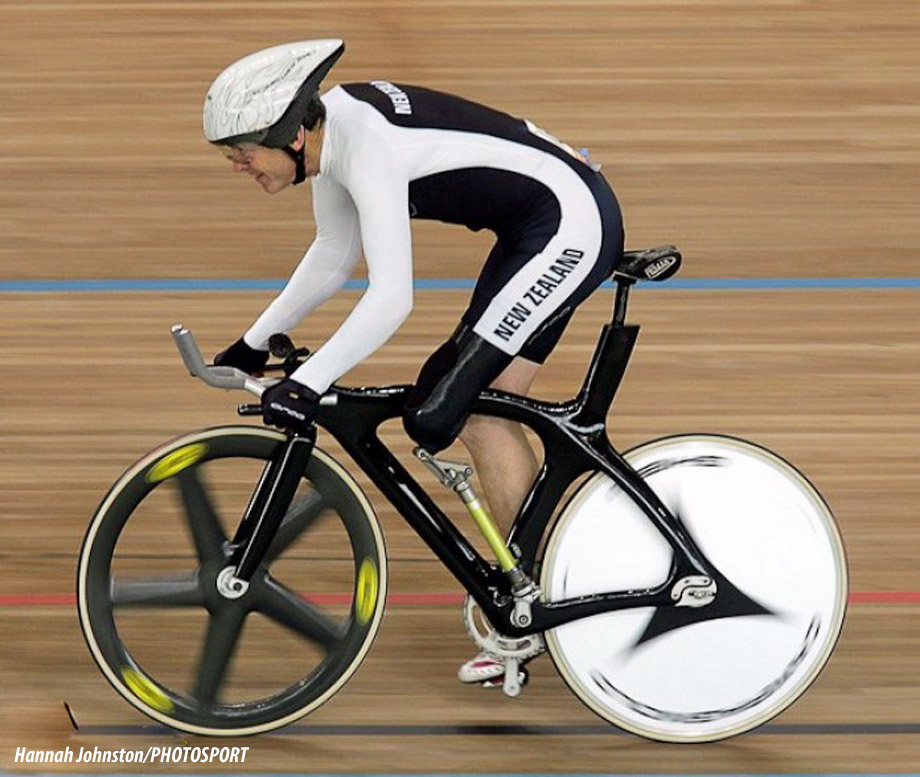 Paul Jesson competes in the Men’s Individual Pursuit (LC3) Qualifying Round at the Olympic Valedrome, Athens, Greece on Saturday, 18 September, 2004. Jesson qualified to the next round with a time of 4:16.25

Jesson has recently finished his autobiography; ‘Oh, THAT Tour!’ the title coming from his introduction to the pro ranks, as he explained: “Because of the results I’d been getting I received a few offers from pro teams and in ’79 Splendor contacted me. They came to see me and said; ‘we want you to sign a contract with us, we have a tour we want you to ride’. I asked how long it was and they replied; ’23 days.’ I remember saying; ‘Oh, that Tour!’ So that’s how my first race as a full pro came to be the Tour de France.” 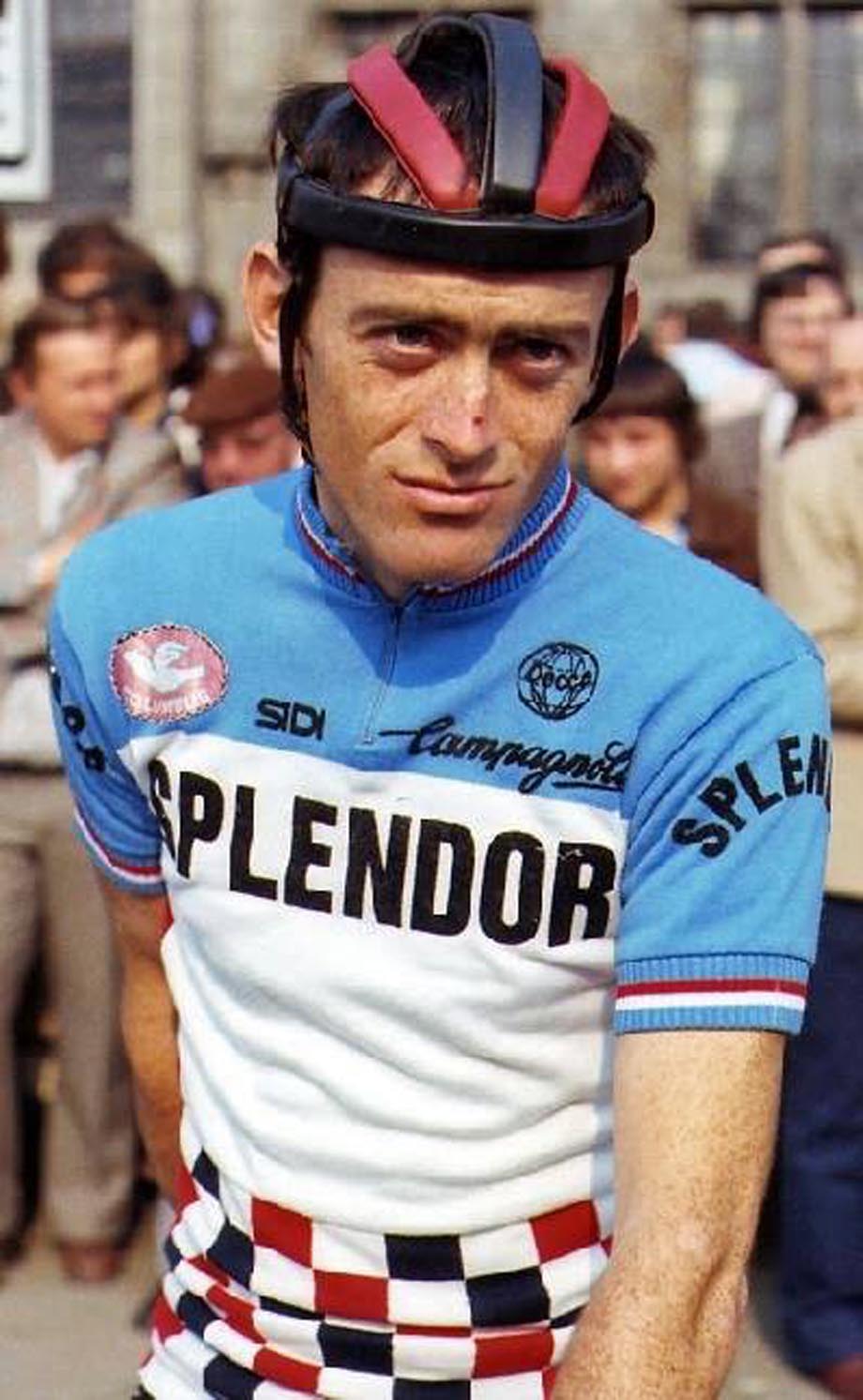 The book isn’t a conventionally structured tome, starting with a short chapter about the Paralympics time trial/road race bronze medal he came back and won in Athens some 24 years after his Vuelta stage win. Then we go back to his roots; in fact, way back to his ancestors, in perhaps a little too much detail for cycle race information obsessed me – but if you’re into genealogy then you’ll love this section. 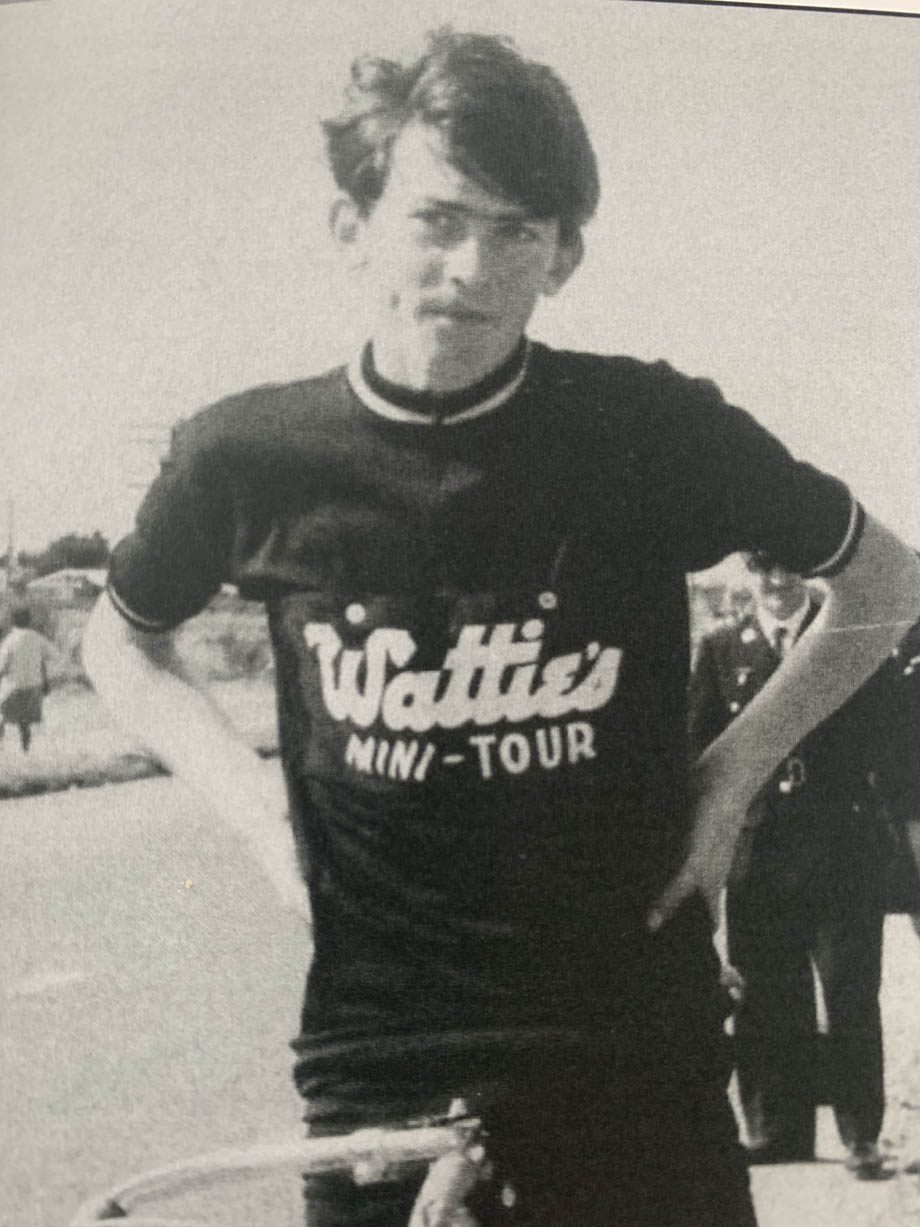 The young Jesson’s development as a person and rider comes next and then a couple of very thorough chapters on his New Zealand race career; he was 1976 New Zealand cyclist of the year. That same season he won his home races, the Dulux Tour and the Tour of The Southland, which is still a major race in the southern hemisphere season. 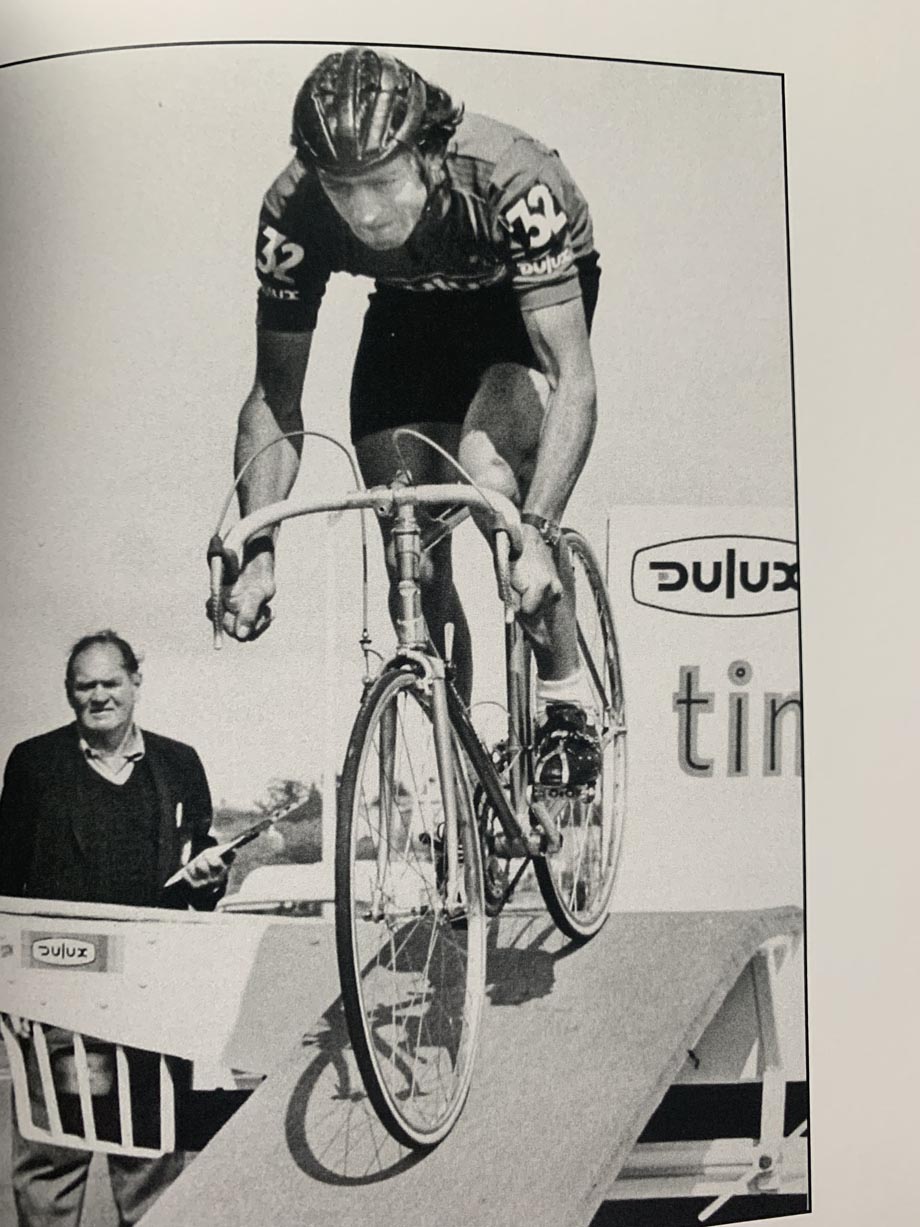 Jesson won the Southland twice off four starts and on the other two occasions he was second. Season 1976 was also the year, the by now 21 year-old from Christchurch won the five day Etoile Hennuyere in Belgium, the previous year the race was won by Paris-Tours, GP des Nations and Barrachi Trophy winner, Jean Luc Vandenbroucke.

Jesson recalls; “I was in the New Zealand national squad; we were really just there for training for the Milk Race in Britain. We went with no expectations but I ended up winning overall and my team mate Blair Stockwell took the last stage. I used to race the New Zealand road season then go to work to get money together so as I could come back to Europe to race in the northern hemisphere summer. I’d ride a full programme in Belgium, from stage races down to the kermises.” 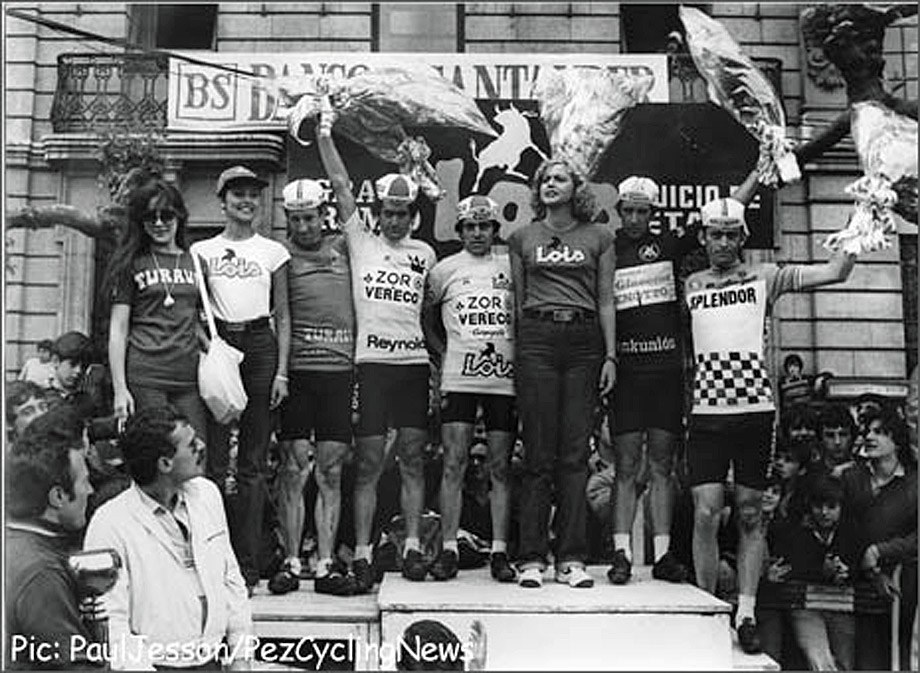 On the podium with Sean Kelly

Despite Jesson’s major successes in ‘76, he failed to gain selection for his big goal, the 1978 Commonwealth Games in Edmonton, Canada – where the road race was won by Australia’s Phil Anderson.

Jesson explained to me; “I had back problems in ’77 and didn’t have the same kind of form as I did during the previous year. I was made ‘non travelling reserve’ for the Games but I was going well in Europe. I was second in the Tour of Liege and second in the Tour of Wallonia. They were both five day stage races with just a few days between them and I was the only Belgian based rider to compete in both of them.” 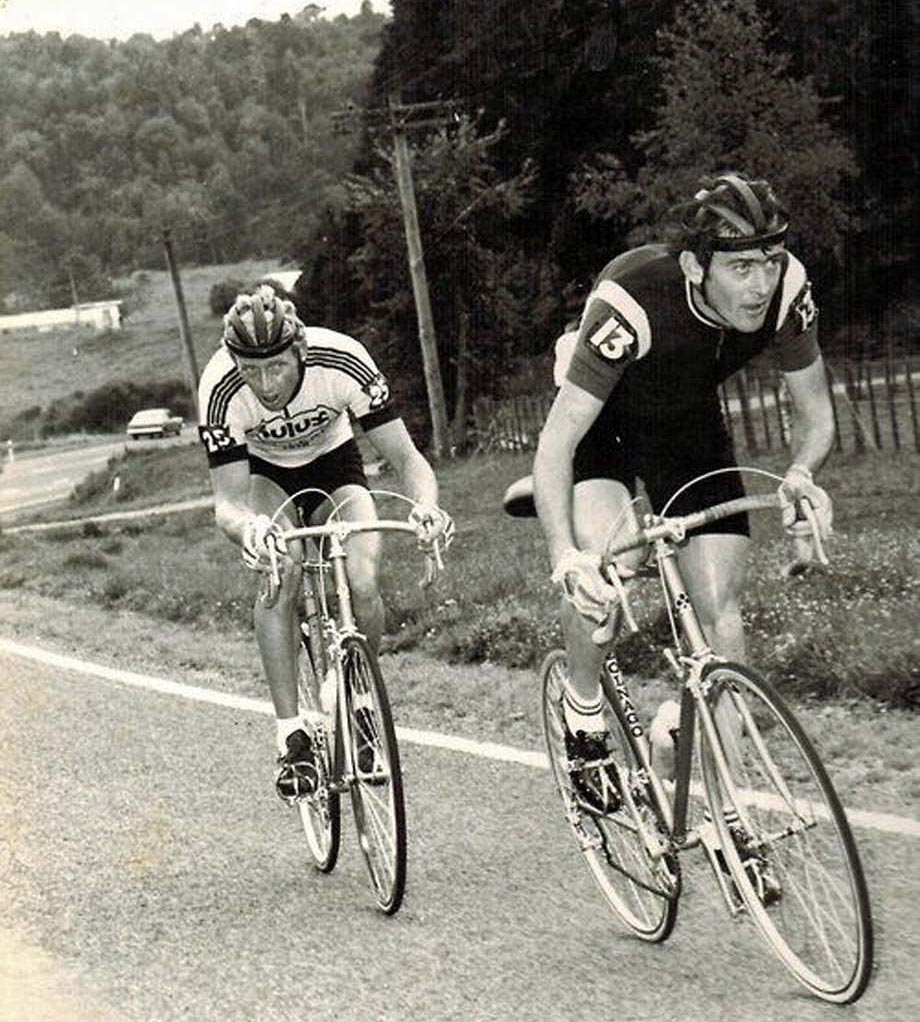 And going back to his, ‘Oh THAT Tour!’ book title – when Splendor signed him they gave him the security of an 18 month contract and made him only the second rider after Lucien Van Impe to ride the Tour de France as their initiation to the professional peloton. His Splendor pro career is dealt with in some depth up to his dreadful crash. 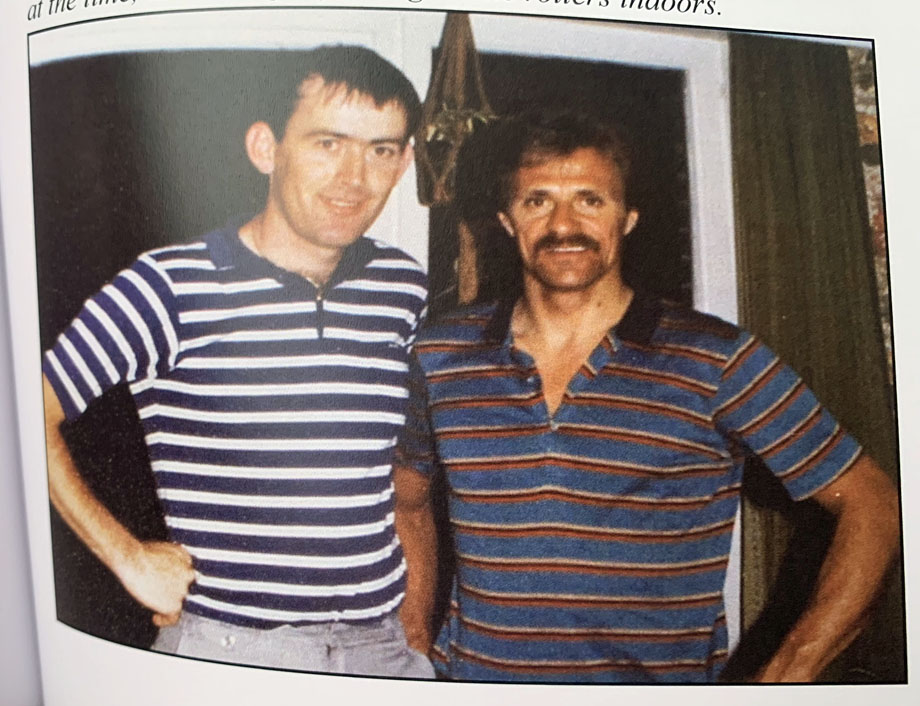 His long fight back from his horrible injury and battles with depression and personal problems come next. Then there’s his come back and build up to his Para-cycling Worlds and Olympic medals – which are dealt with in some detail. And without giving anything away, it’s always good to have a ‘happy ending.’ 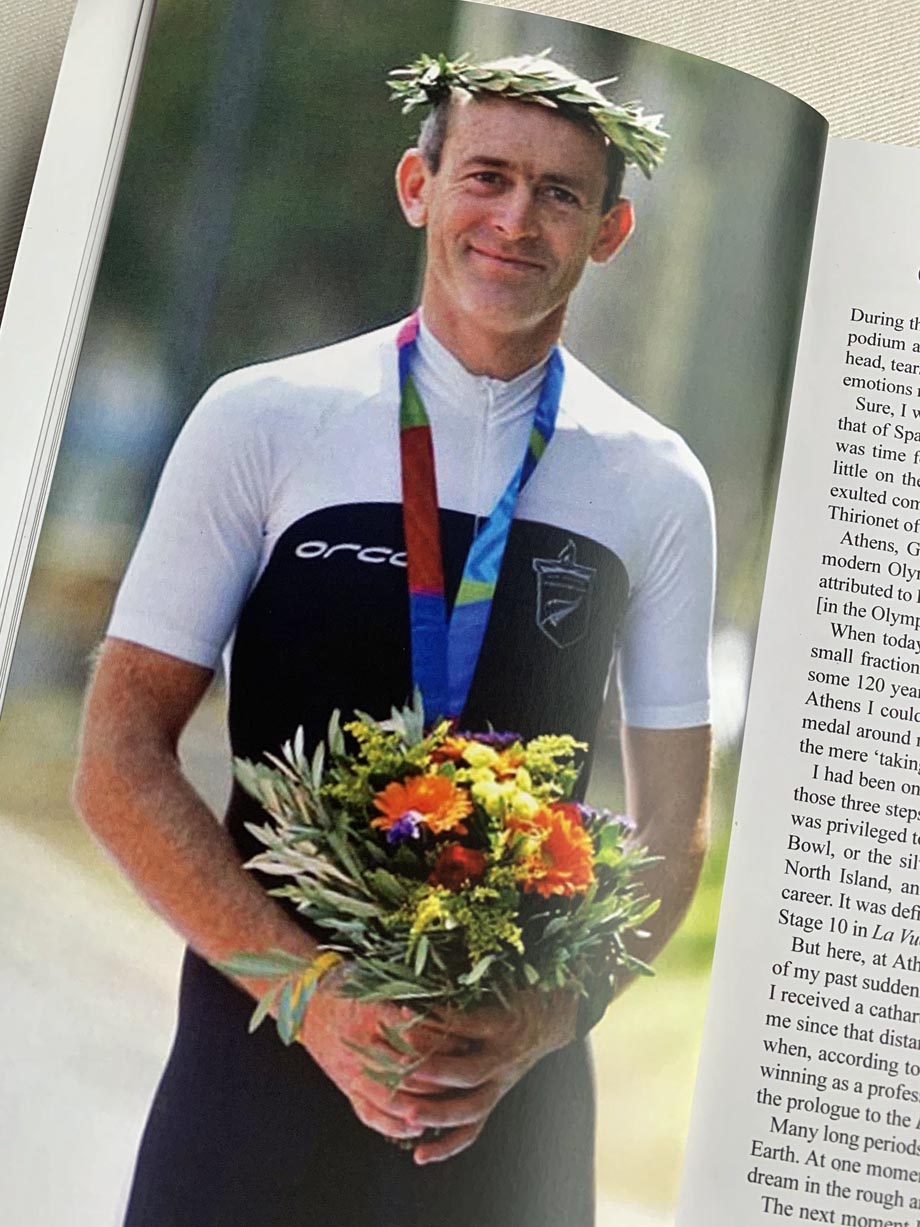 Two nice features of the book are the plethora of good images from all phases of Jesson’s life and career and the appendices which many other cycling books would do well to emulate.

Appendix One covers all of Jesson’s major results; amateur, professional and para.

Appendix Two lists the team mates, friends and rivals he encountered during his career.

Whilst Appendix Three lists all of New Zealand’s Grand Tour participants 1928 to 2018.

If you’d like a copy, Paul explains: “At present while trying to cover printing and photo copyright costs only Des Williams and I have copies and we are sending them out by mail. Price of the book is $39.50nz. Postage in New Zealand is $5.50.

All this info is on the last post I put on the Facebook ‘60’s 70’s 80’s 90’s NZ cycling remembered’ page. So people need to contact Des Williams or myself, Paul Jesson, by Facebook messenger if they want a signed copy.”

We’d recommend you do. 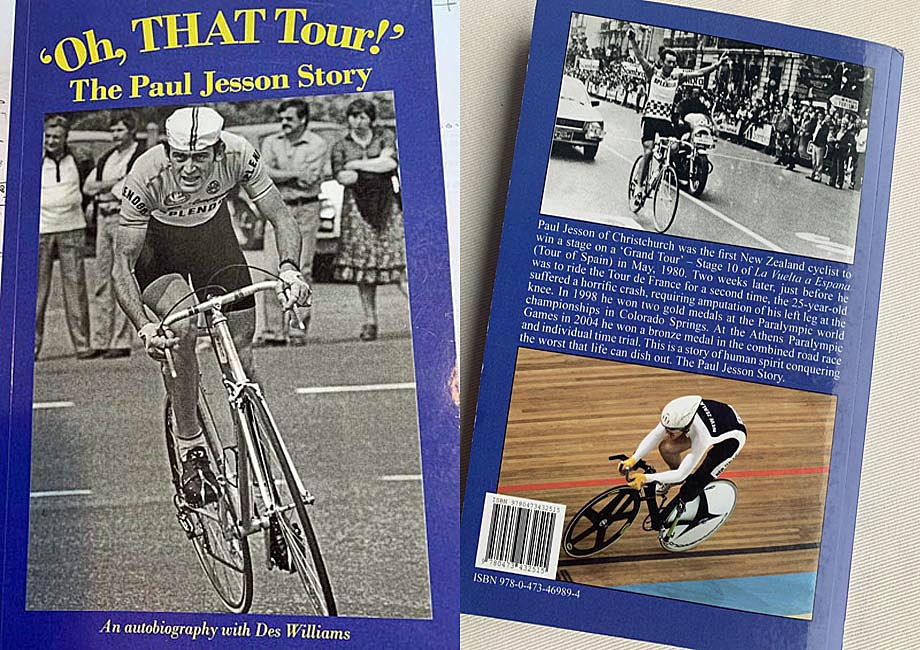