Okay: don’t be misled by the title of this excellent book. “Pantana Was A God” is not a panegyric, a worshipful recounting of the life of the last pro cyclist to win the Giro d’Italia and the Tour de France in the same year. It is two books in one – a masterful look at the great stages where Pantani triumphed, and brief remembrances by those who knew him personally. Sadly, the inherent possibility of his successes, unlikely as his background made them, seems to have been greater than that of his end. 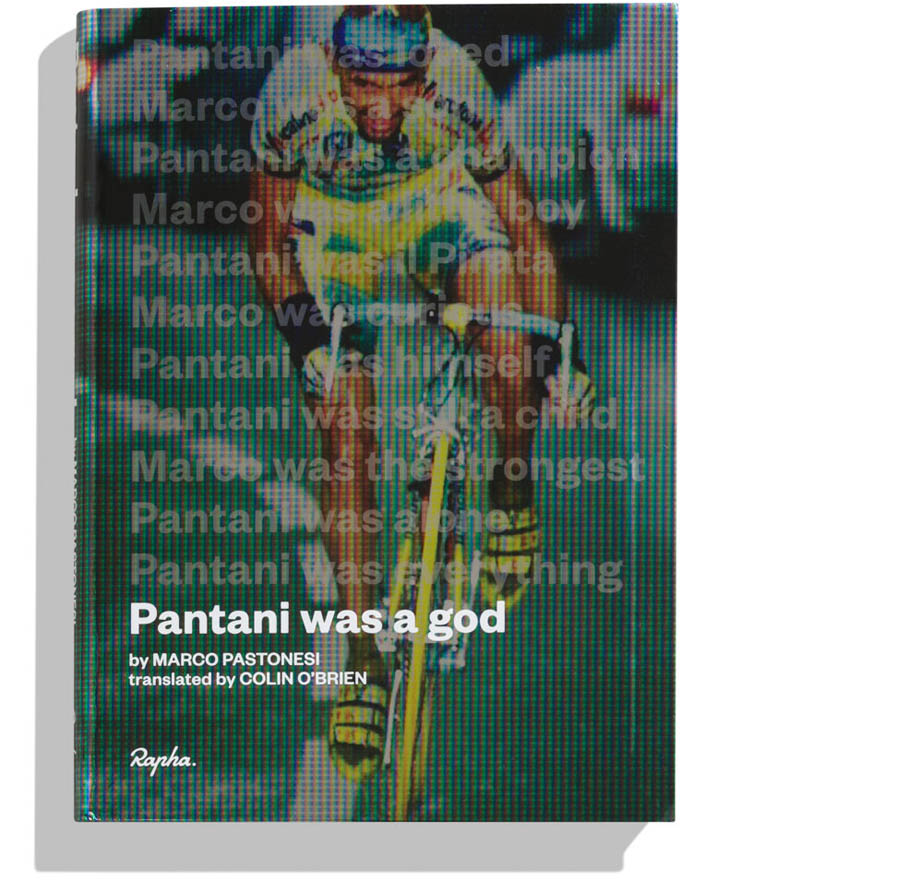 Fifteen years ago, on Valentine’s Day, the body of Marco Pantani was found in a room in an inexpensive resort hotel in Rimini. Cause of death was cardiac arrest due to an overdose of cocaine and anti-depressants. It seems to have been a rapid descent from his eviction from the 1999 Giro d’Italia while wearing the leader’s jersey to the squalid end he met alone, surrounded by garbage and broken furniture, aged 34. “Pantani Was A God” by Italian journalist Marco Pastones takes us into Pantani’s world and, yes, there were (and are) people who see him as a god. Others saw him as a friend, or a teammate, or a champion, or a fisherman—someone who was the strongest, someone special, an attacker, someone who was everything. 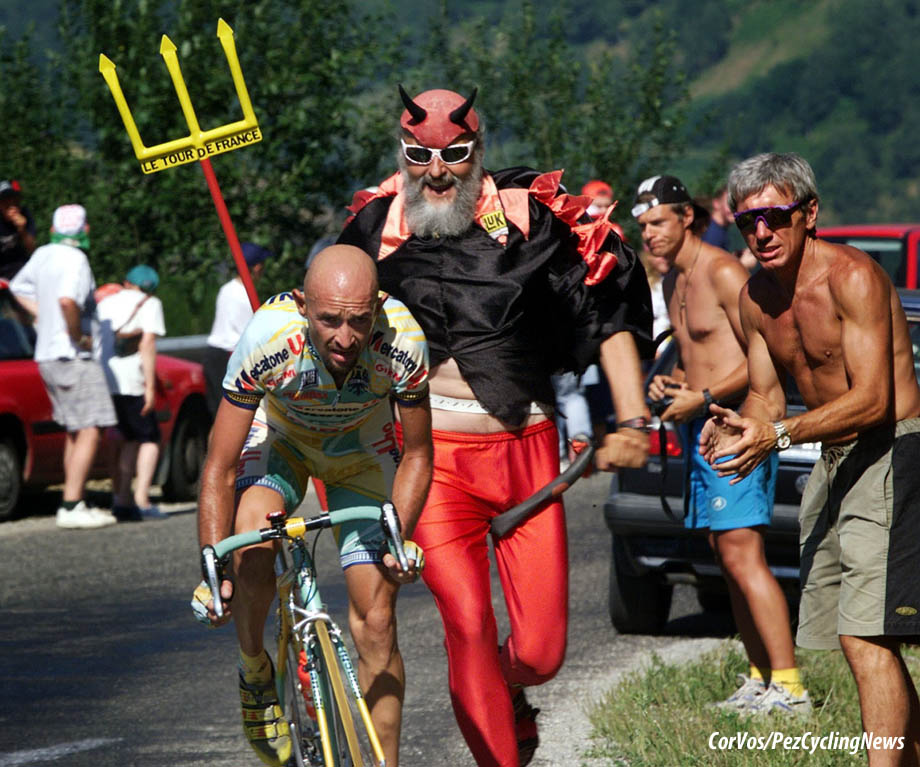 Each of the 24 chapters in the book begins begins with the author’s commentary, whether about the climbs Pantani grew up riding, life as a Romagnolo, things that influenced Pantani—the music of Charlie Parker, for example—as well as the great triumphs on the Alpe d’Huez and the Galibier, and the Mortirolo, and Mont Ventoux, followed by short excepts, comments by teammates or trainers or friends. The latter is an attempt to make a portrait of the man balanced with the accomplishments of the athlete. There are thoughtful ruminations about great climbers, particularly Charly Gaul, and Federico Bahamontes, perhaps to show us that climbers, as opposed to sprinters or rouleurs, are really different. The description of Eros Poli’s amazing ride at the Tour in 1994, when this giant of a man took the Ventoux stage, is wonderful. 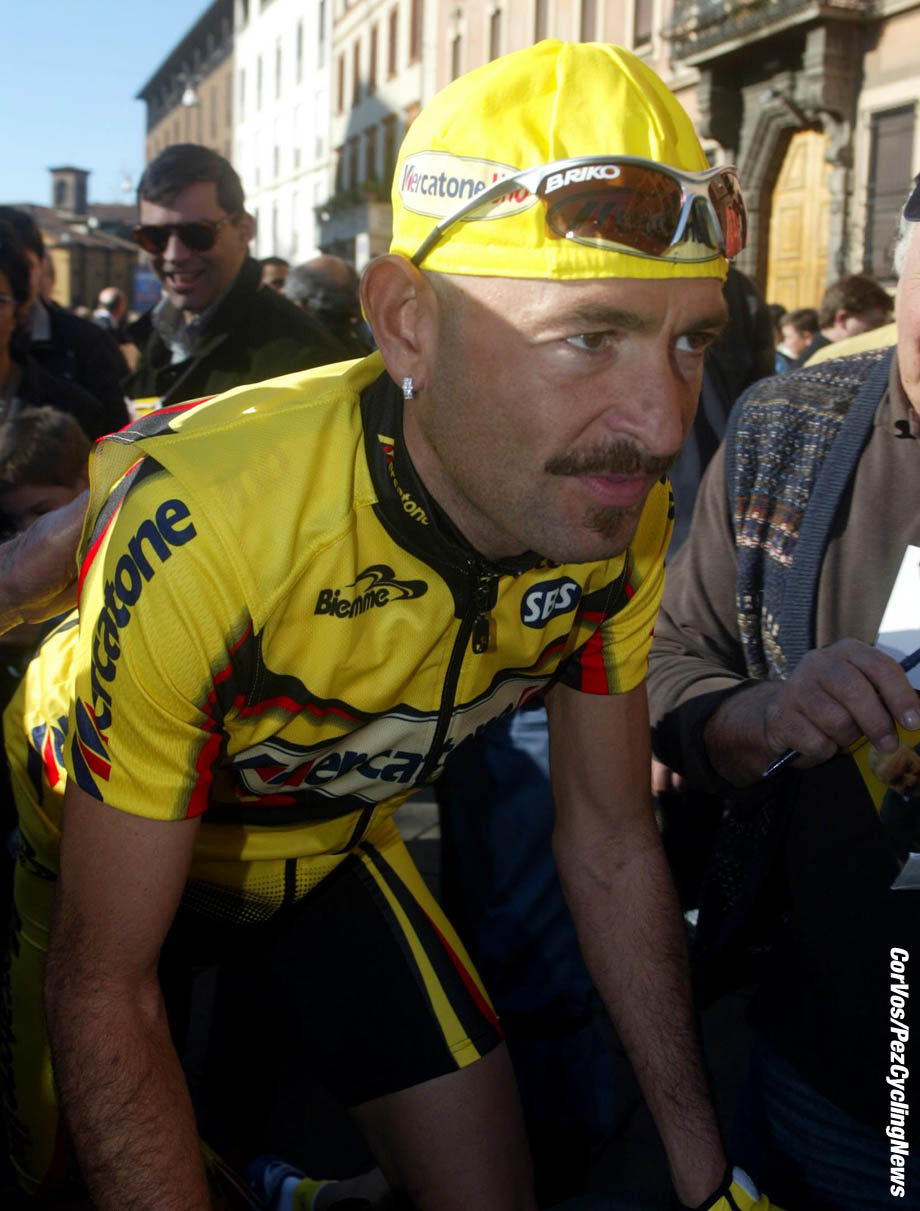 The book, ably translated by Colin O’Brien, contains some beautiful passages, such as this poetic introduction to the Mortirolo: 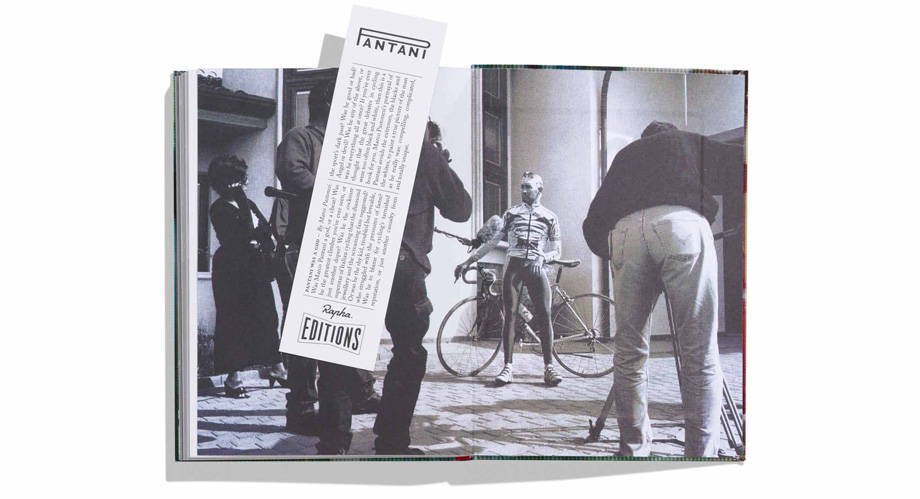 Such is the power of the great passes. But do we really learn much about Marco Pantani as a person? His teammates are generous in their praise of his kindnesses, his support when they needed work, his curiosity and enthusiasm. Yet one detects a certain imperiousness, or perhaps insecurity, in his role as team captain, where there was no question as to leadership. From all accounts he had truly astonishing abilities as a climber, even as a youth, but was not inclined to hide them with some aggressive performances even on training rides. So much of the personal comments seem superficial – he could sing karaoke, he liked nice cars, he enjoyed hunting and fishing—but the reader has the feeling that without his remarkable climbing skills he might not have gone very far in life, perhaps only to running his parent’s piadine (traditional Romangolo flatbread) kiosk.

One can imagine that the young Marco had some issues to deal with. A small person (56 kgs), he was not physically prepossessing, with a large nose and prominent ears. The ears earned him the unwanted nickname of “Il Elaphantino,” not mentioned in the book, and for which he later had plastic surgery, along with the nose, to make them less prominent. He lost most of his hair early. He does not seem to have had any notable romantic relationships until meeting his Danish girlfriend in 1996, a relationship that ended in a haze of cocaine by 2003. 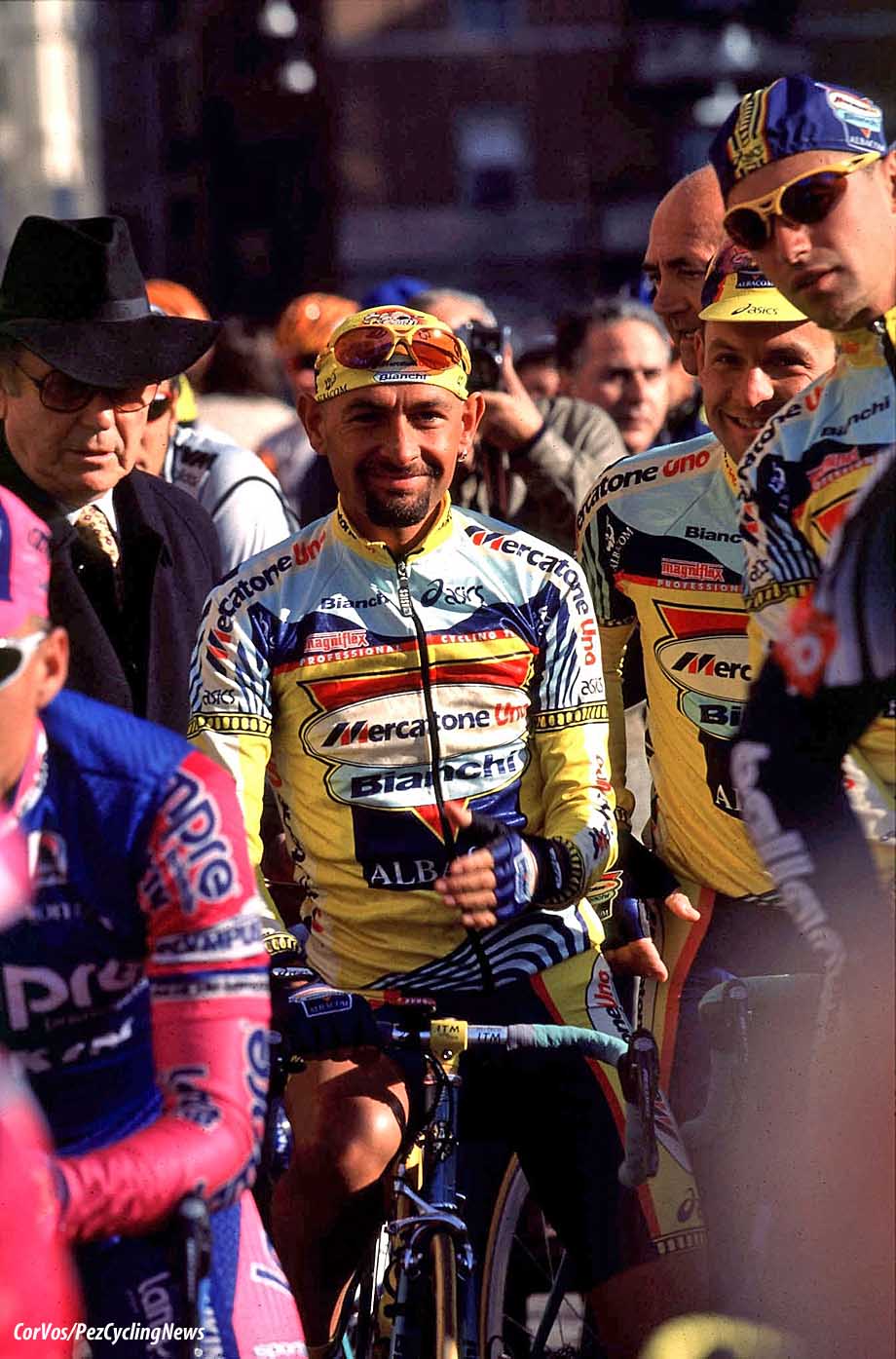 The turning point in his life was the 1999 Giro, where his blood hematocrit levels exceeded acceptable limits, and he had to leave the race while wearing the Maglia Rosa. It appears that at this point his depression turned him to cocaine. He was to appear at races subsequently, with a degree of success at the 2000 Tour de France, in the famous one-to-one Ventoux finale with Lance Armstrong, but Pantani was never again what he had been pre-1999. His friends were aware of his disintegration but seemed unable to stop it. Conspiracy theories have been spun about his ending—that he was thrown out of the Giro on the Mafia’s command, that he was murdered in Rimini – and his mother has tried to reopen the case as late as February this year, perhaps not accepting that solitary and wealth drug addicts sunk into depression can lose track of everything and die of an overdose. 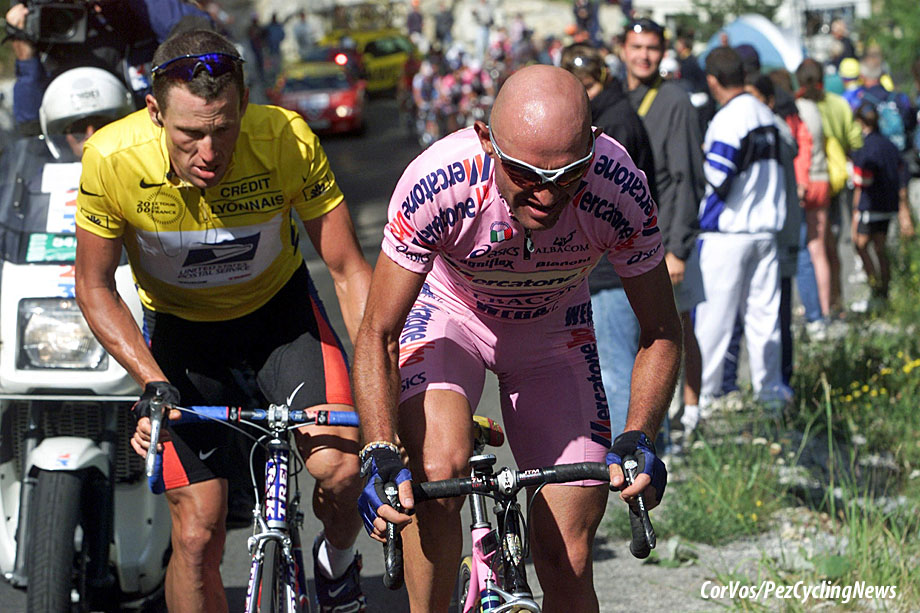 Marco Pantani called Armstrong “The American” and it is interesting to compare the two, major figures of Cycling’s Great Age of Doping. Armstrong was numbers-oriented, a training machine, a strategist, a person who played psychological games with opponents; Pantani trained entirely by feel, not even using a heart rate monitor, with training rides unplanned and no apparent strategy going into a race. He seems to have had an interest in opponents only when he could look at them and then simply ride away, making them hurt. None of Armstrong’s trash-talking of other riders, or bullying of critics — Pantani does not seem to have spoken much. But both would have felt the enormous pressure of celebrity. Armstrong still has lots of money, hangs about on the edges of pro racing with his podcast, and is still alive. Pantani has a museum and a juvenile cycling club named after him, and lives in the memories of many who remember his singular athletic achievements. 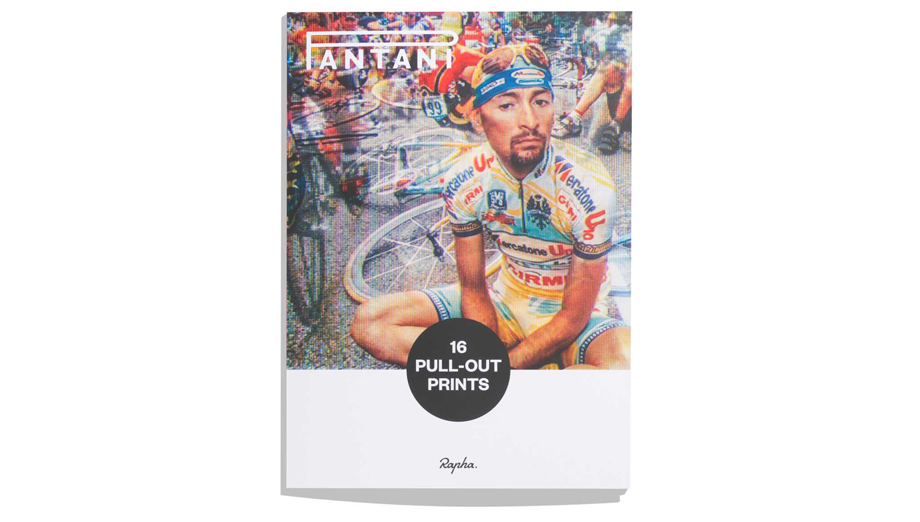 “Pantani Was A God” is the well-told story of someone who was not a god, but was perhaps more like Icarus, with a moment of glory before flying too close to the sun. The book is affectionate but unflinching yet at the end the man who reinvented himself as “Il Pirata” remains sadly unknowable. 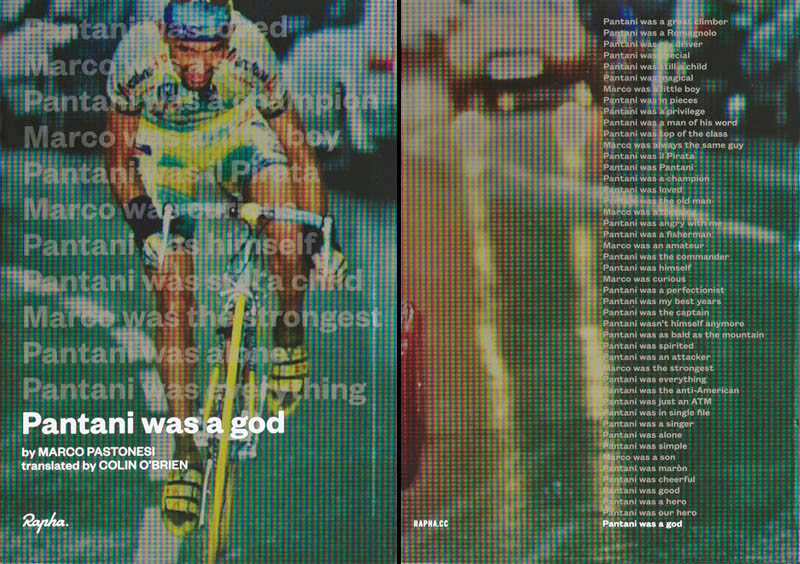 Photos from the book and Cor Vos.

“Pantani Was A God” by Marco Pastones is available from AMAZON.COM HERE.

When not recalling that he felt like a dwarf standing next to Eros Poli in Verona, Leslie Reissner may be found drinking espresso and contemplating piadine at www.tindonkey.com

Breathe deep and let the Aspin fill your mind with dreams!