Highlights of 2007, for me? La Primavera? The Hell of the North? The Giro? The Tour? The Worlds? Lombardia? All awesome in their own way, but as a Scot, raised in a Socialist mining town, one of the reasons I love cycling so much is that it’s still the ‘people’s sport’. And my mind slips back to a sunny evening in June . . .

It wasn’t a vintage year, Basso, Rasmussen and all the rest saw to that. I could rant about it; repeat the ‘war stories,’ like sitting dazed in a tacky pizza restaurant in the world capital of tackiness – Lourdes, at one in the morning. The Rasmussen bomb had just dropped; blowing-away a huge chunk of my boyish enthusiasm at again being on the planet’s greatest bike race.

That’s enough though, I might be kidding myself, but I think that the UCI, teams, managers and riders have finally realised that, as Mack Davis says in his great song, ‘In the Ghetto’ – “the world turns.” It has turned away from centrifuges, masking agents, lawyers, veterinary medicines and delusion; let’s hope so, anyway.

Instead of focusing on the problems which beset pro cycling, let’s paraphrase that famous text, Desiderata; “with all its shams, drugs and broken dreams, it is still a beautiful sport.”

A Different Friday
Friday night; at this time I’m usually battling to get over the Forth Bridge before the traffic goes critical mass. Not tonight though, we may be battling through the tail-backs, but it’s on the motorway out of Ghent, headed for Oosterzele and a 70 kilometre criterium. And besides, the reverend Al Green is on the car stereo telling us that; “Love is the message!” For sure, Al.

Cafe Central is where the signing-on is, and there’s that great smell of coffee, beer and embrocation. Young men of all shapes and sizes hand over their eight euros in exchange for their dossard (that’s number, but dossard just sounds better). They’ll get their euros back when they hand the number back. As well as Belgians there are Americans, Aussies, Britons, Dutch and New Zealanders laying their cash down.

There’s Tony Bracke (Yawadoo) a former-winner of the English amateur classic, Tour of the Cotswolds and a decent pro since the mid-nineties. His career is in its autumn now but the Landbouwkrediet sports bag is a reminder of earlier, more glamorous days. He still looks the part though, complete with trendy facial hair. 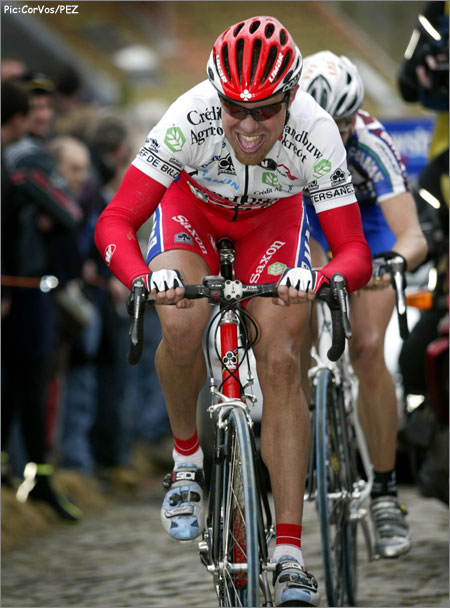 It wasn’t all that long ago that Tony Bracke was racing Het Volk. There’s not too far between the very top and a small amateur crit on a June Friday.

The smell of hot dogs dominates out of doors and the guy who runs the stall has a picture of Tom Boonen – munching one of his burgers – laminated and stuck to the van – who can ignore that endorsement? It’s not all plain-sailing for him though, he has to compete with the dried-fish stand, three, four or five euro sized swimmers lie there with the flies crawling all over them

The Men And Their Bikes
Viktor reckons that the atmosphere hasn’t changed one bit since he raced here in the 70’s; only the bikes are different – fat, sculpted carbon has elbowed-out slim, tubular steel by way of over-size aloominum.

Talking of bikes, the machine a rider is astride is a good indicator of how serious a player he is. The best guys all have bikes supplied by their club; usually the frame manufacturer’s name will be on the jersey and there will be a colour match between the frame and the jersey. The lesser guys may have nice bikes, but they won’t match their jerseys and they will have had to pay for them.

Take the Kingsnorth CC, a British-registered (for cheapness) but Belgium-based club. They’ll take any waif or stray who thinks they can ‘make it’ in Belgium but there aren’t two bikes the same – not serious! But at least the guys are here, trying, not grinding 55 x 11 along British dual carriageways in a time trial.

Let’s Do Some Business
Ten minutes to go and the riders are warming-up around the two kilometre circuit – to be covered 35 times. Mums, dads, wives and girlfriends take-up strategic locations with spare wheels and bottles.

The field isn’t huge, 46 riders, but there are some quality guys here, as well as Bracke there’s ex-CSC man Koen Beeckman – who still wears his CSC over-shoes to remind him of the glory days – and Jehudi Schoonacker also an ex-pro. 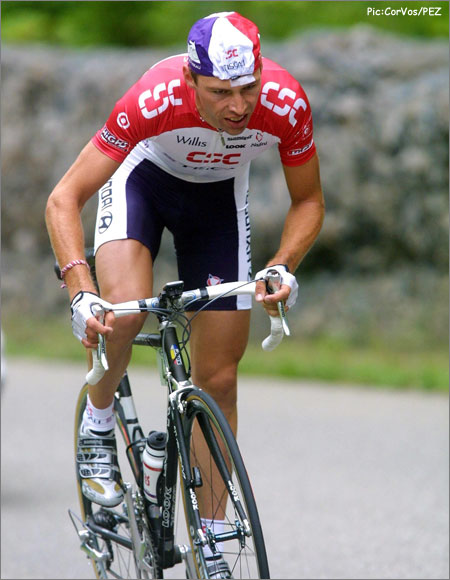 Koen Beeckman in his CSC heyday.

The first lap is steady as the riders get to know the circuit.

Five laps in and the casualties start, sliding back down the string until there’s no place else to go – except out of the back.

Money Makin’
Ten laps and Bracke goes, he’s soon got 18 seconds and he’s hoovering-up those primes, 10 euros per lap minimum, sometimes 20 and few at 30. It’s splitting behind as Bracke urges his 1000 euro, team Scatto along; meanwhile an Aussie Kingsnorth guy on six thousand euros-worth of Cervelo Soloist calls it a night.

Half distance and it’s all over for half the field as two young Belgians in the bunch rant at each other in a ‘handbags at dawn’ kind of a way.

With around ten laps to go, Bracke is caught and a counter-attack of five riders goes clear. One of them is young New Zealander, Christopher Macic, he’s carrying way too many kilos but he’s strong and is doing his spell in the little group that looks like it will succeed tonight.

One of the riders is Bart Van Speybroek we can’t find his details in any of our reference books, but he looks about 55 years-old. A day or two later we spot an article about him in the Wieler Gazette – he must have had a hard paper round; he’s only 35.

Ex-pro Beeckman has missed the move and tries to get across, but it’s too late.

Back in the bunch, Bracke cruises, adding-up his primes as he pedals; we made it around 300 euros – not a bad night’s work, and he won at Melle the next day.

To The Line
With five laps to go the gap is 20 seconds and the trailing groups are told to sprint and quit – no ‘gallant struggling’ to the finish here – you’re either in the race or you aren’t. 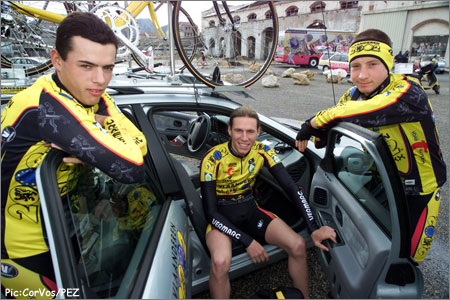 Two laps to go and the gap is 30 seconds, that’s not coming back.

At the line it’s Thierry Declerq from Anzegem who is the winner, well clear, arms high. Schoonacker is second and Van Speybroek is third with the chubby New Zealander fourth – not a bad ride.

As the riders head back to the cafe to hand-in their numbers, reclaim their eight euros, and – if they are lucky, collect their prize money – it’s time for us to head back to Ghent for a pizza.

Not a bad way to spend a Friday night; we turn-on the hire car stereo – Peter Tosh, ‘Walk and Don’t Look Back”, yes, not a bad night at all.

And there’s nowhere on earth I’d rather be.

Best of PEZ ’07: The Bobke Interview