Graeme Obree was undoubtably one of the sports icons in the 90s taking the Hour Record and World championships, but he was also inventive. His two riding positions changed the World, but Obree has not stopped, he has turned his hand to human powered speed records. Leslie Reissner reviews the new feature-length DVD exploring Obree’s work process and philosophy. 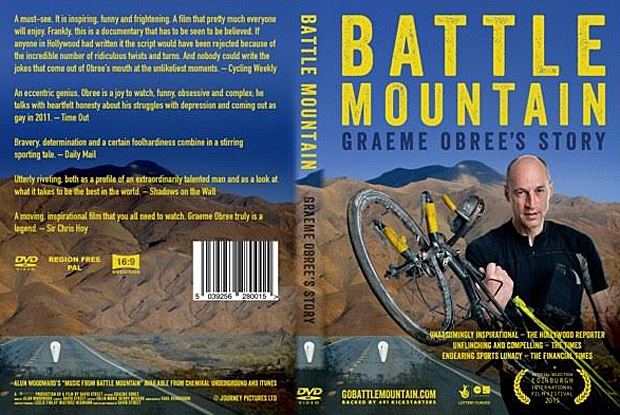 Every September a dedicated group arrives in the desolate Nevada town of Battle Mountain to see just how fast humans can go under their own power. The event, held under the auspices of the International Human Powered Vehicle Association (IHPVA), has brought together athletics and engineering with remarkable results. The current record holder is the Eta Speedbike, constructed by AeroVelo Inc. of Toronto, which hit 89.59 mph/144.17 km/h in 2016. AeroVelo Inc. was founded by aerospace engineers and the Eta Speedbike bears sponsorship logos of heavy hitters including Google, GMC and Pratt & Whitney. The group has built a successful human-powered helicopter and an ornithopter and a series of high-speed land vehicles. They use computer modelling and lots of carbon fiber. There is an enthusiastic team of volunteers and big plans for the future. 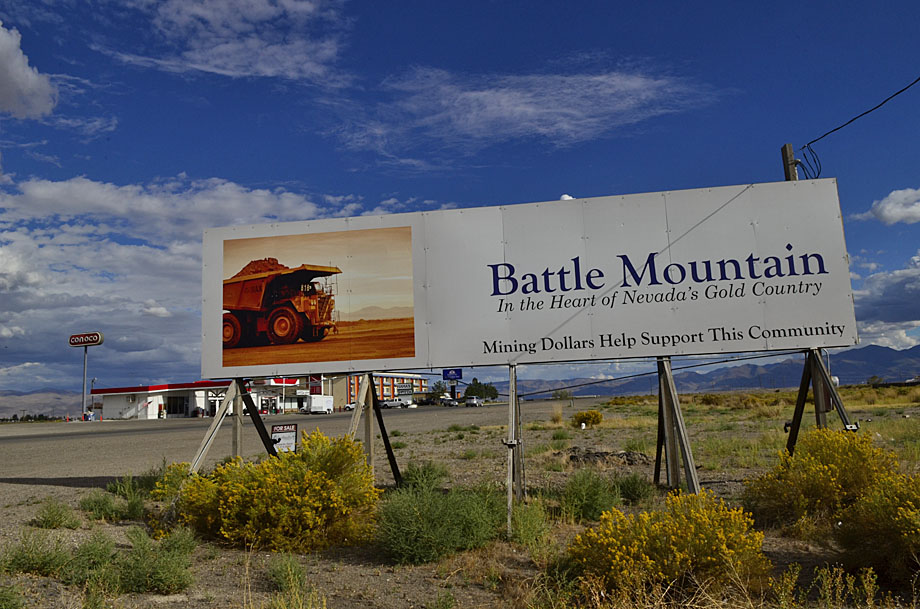 In “Battle Mountain: Graeme Obree’s Story” there is nothing like this. This crowd-funded film is about the 2013 trip to Nevada and the IHPVA championships by Scottish cyclist Graeme Obree, who was most famous for breaking the Hour Record in 1993 on a homebuilt bicycle that used some parts he liberated from the family washing machine. World Pursuit Champion in 1993 and 1995, he broke the Hour Record twice only to have the UCI eventually annul the results by disqualifying the bikes he used. A fragile individual, and the subject of a 2006 dramatic film based on his life story, “the Flying Scotsman,” Obree has been diagnosed with bipolar disease and attempted suicide three times. An attempt to retake the Hour Record in 2009 was abandoned as he felt his bike was not suitable. In 2011 he came out as a gay person.

But he obviously believed that Battle Mountain would offer something to him, an event with only the loosest of technical rules, and in 2012 he began construction of “the Beastie,” a bike with which he believed he could reach 100 mph and shatter the HPV record. The video follows him as he constructs his speedbike with the barest of equipment, measuring by thumb and using parts from rollerblades bought at a thrift shop He makes cardboard patterns on the kitchen table. A sympathetic individual who is convinced of his ultimate success, he is weirdly undisturbed by major setbacks in the project. 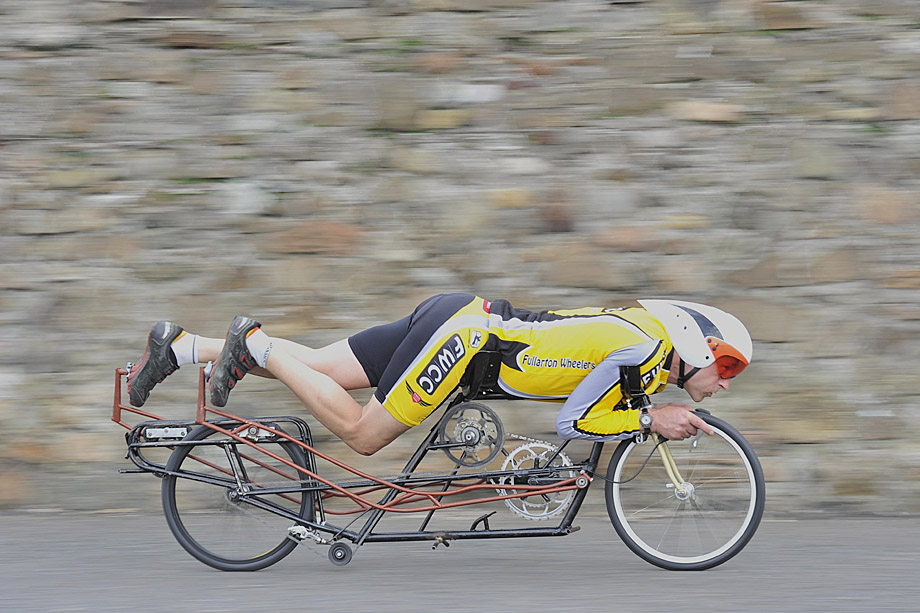 He decides that the best approach is to go with a prone configuration, essentially laying down face-forward and powering the bicycle through a set of arms connected to geared chainrings. He determines the wide of the handlebars by having his son push a piece of furniture against his shoulders as he kneels next to a wall and measuring the point at which he can still breath comfortably, a very narrow 34 inches. His hips are supported on the frame by a saucepan he has taken apart. The viewer is held fascinated by this Rube Goldberg approach to bicycle building—and remember: the Beastie’s goal is 100 mph—because Graeme Obree is a model of absolute confidence. 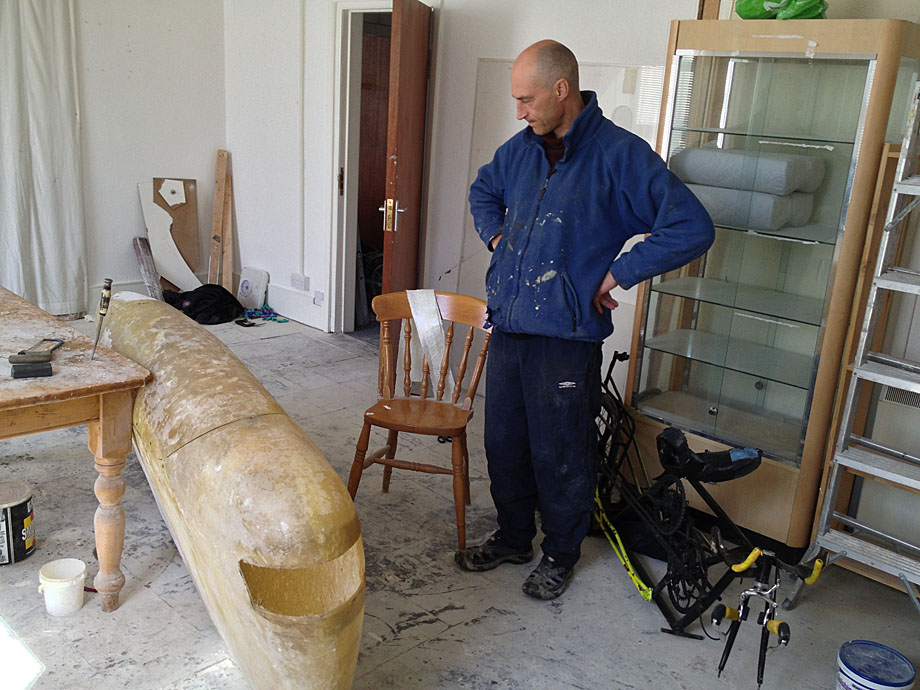 He speaks of his childhood growing up in a small town where the family were always deemed to be outsiders and how he and his brother escaped on their bicycles into the countryside. His brother, an electronics whiz, died at 30 in a car accident, another sad chapter in a Graeme’s difficult life. But you see the joy as he rides his bicycle on the narrow country roads of Ayrshire. At 48 years of age, he remains impressively athletic and has truly beautiful form on the bike.

But athletic strength is not enough. The first tests of the Beastie are seriously unpromising and the degree of instability is alarming. Very low to the ground and difficult to steer, the drive system pushes the bike to the right and then to the left which each stroke. 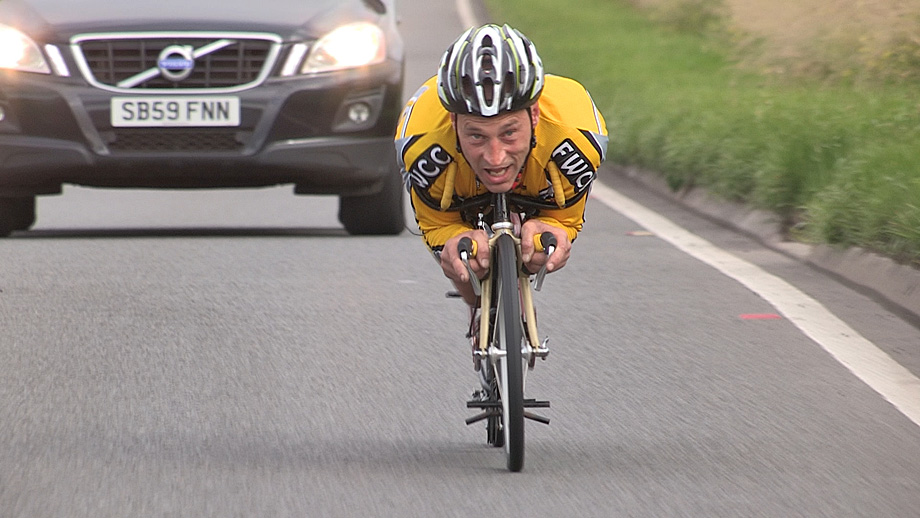 With his team of supporters and facilities at the Glasgow School of Art (!), a plastic fairing is devised and tests are conducted in the rain on a runway. This is pretty much a disaster and one of the saddest moments I have seen in a cycling film—the fairing does not fit properly, the rain is falling, the bike weaves from side to side while barely seeming to move. And then it just falls over in a moment of the blackest of black comedy. 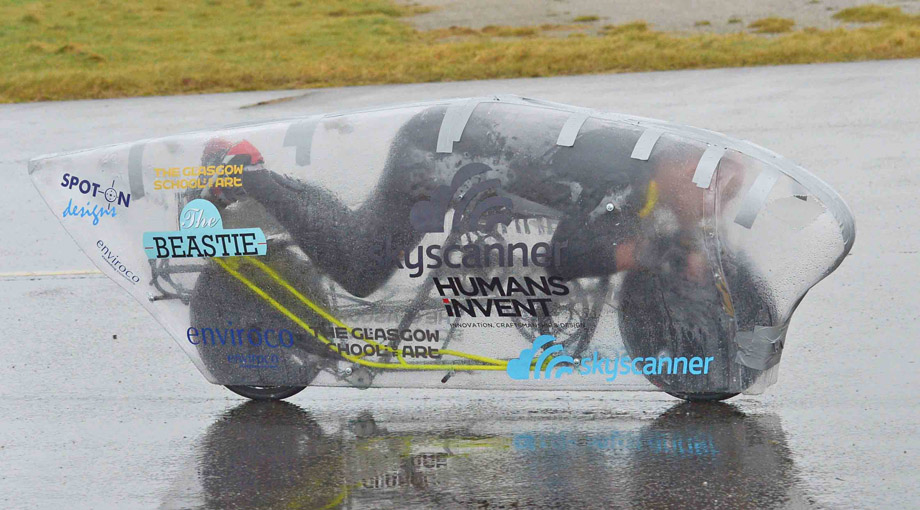 Undaunted, Graeme decides to proceed, seemingly alone now, and develops a new fairing, with a lot of patient sanding, in another room in his house. Matching the technical issues he is hampered by a major medical emergency which sees a vein being removed from his leg and reinserted to correct a blood flow problem. An infection sets in and he is left with a disturbing hole in his leg—squeamish viewers will want to fast forward here. But nothing much slows down our Graeme and a few weeks later he is back on the Beastie, which must qualify as one of the most uncomfortable two-wheelers in history, weaving along a runway at the Prestwick Airport. And now it is time to go to Nevada with his little team, obviously hoping for some kind of miracle as the Beastie does not seem to have been seriously tested and has never exceeded 40 mph up to this point. At least the aircraft painters at Prestwick have given it a lovely white paint job which has improved its aesthetics immeasurably. 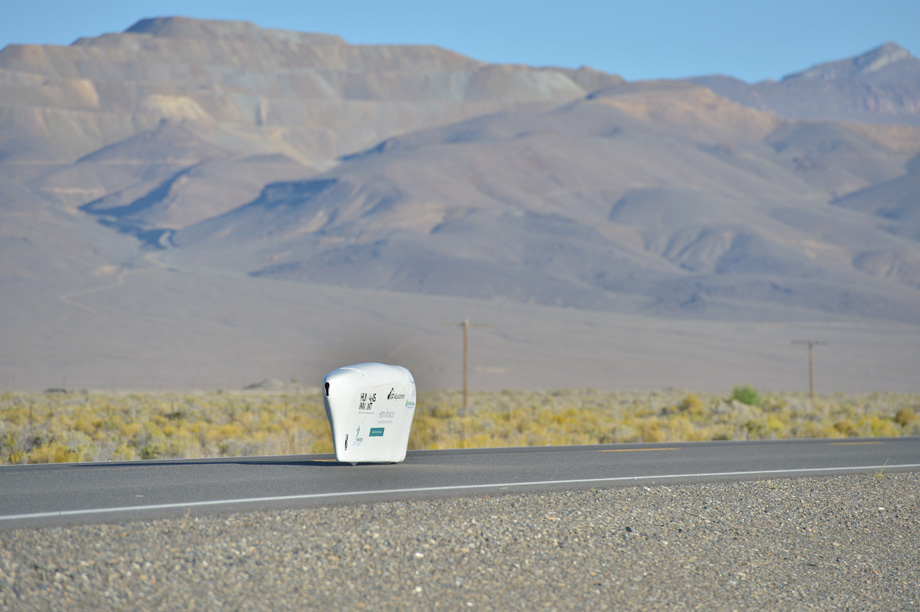 The story moves now to Nevada and the team manages to get through qualifications. The Beastie still does not look very stable and Graeme has issues breathing in the prone position but the climax of the film is the final two runs along the 5 mile straight road where two years of work and all that hope come together. We realize that the footage showing the weaving Beastie from behind is misleading as it does not really indicate the true speed of the vehicle, which is impressive when seen from the side and forward. It is a remarkable tribute to the do-it-yourself spirit of Obree and his little band of admirers. There is no mention of computational fluid dynamics. 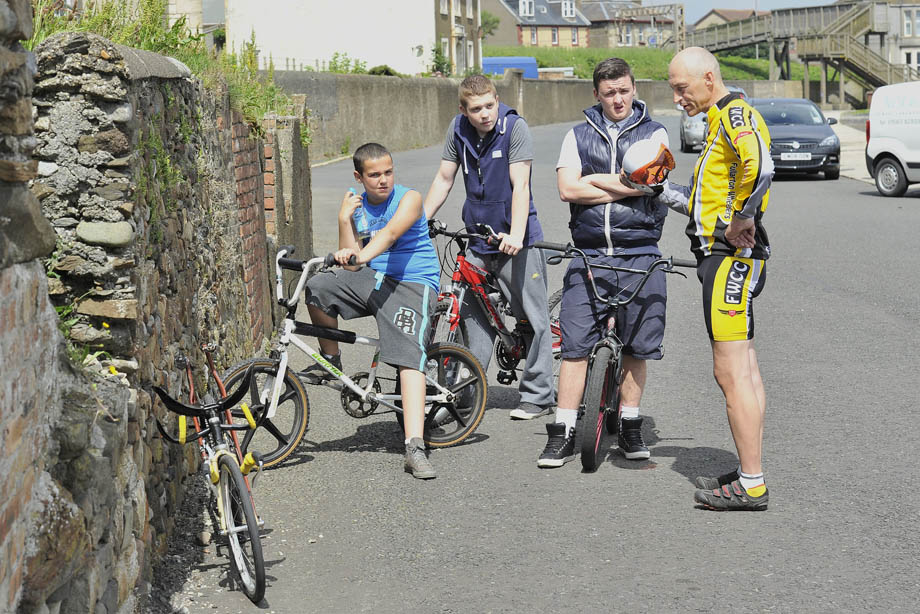 This is a wonderful movie, with its funny, obsessive, eccentric, likeable genius and his ridiculous bicycle at its centre. Wanting to be known for more than the washing machine bicycle, Graeme Obree says when he aims for the stars he wants to go to the stars—the moon is not enough. But even if reality only takes you as far as the moon, “Battle Mountain” shows that the trip can be both inspirational and highly entertaining. 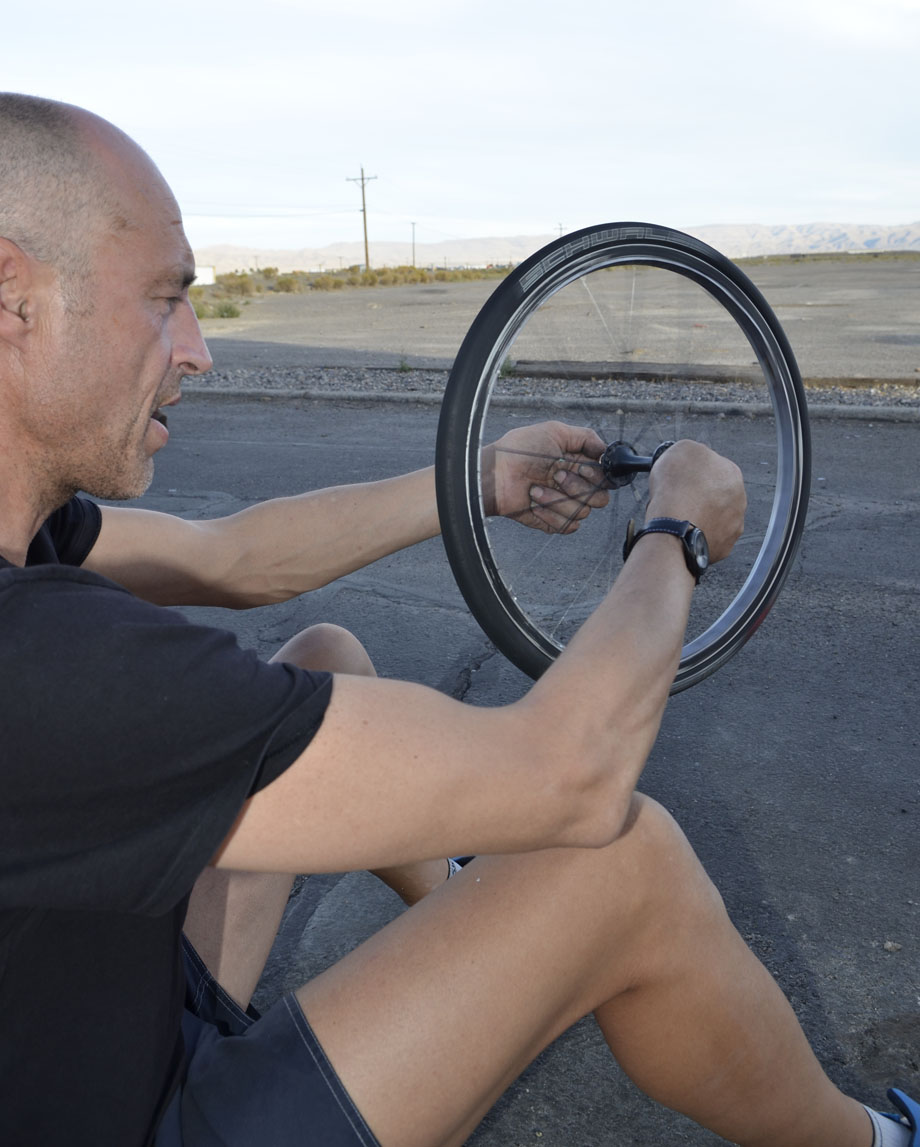 “Battle Mountain: Graeme Obree’s Story” produced by David Scott Journey Pictures Ltd., 2015.
Package includes the feature film, bonus extras and an additional 2 hour feature-length DVD exploring Graeme Obree’s work process and philosophy.
The film is only available at: https://www.gobattlemountain.com/Shop.html. (Please note: it comes in PAL format but is Region Free so can be played on any system).

# When not wishing he was a smooth a cyclist as Graeme Obree, Leslie Reissner may be found weaving across the road at www.tindonkey.com. #