Making her reputation in women’s cycling as an amateur starting in the late 1950s, Beryl Burton is little-known in sports circles outside of bike racing enthusiasts yet at her funeral in 1996 Eddy Merckx declared her to be “the boss of us all.” Although not the first biography about the rider, a new book entitled “Beryl – In Search of Britain’s Greatest Althlete” by Jeremy Wilson, goes to address not only the truly astonishing athletic performances of this “Yorkshire housewife,” but looks at the person, far more complex than the few press reports about her achievements suggested. 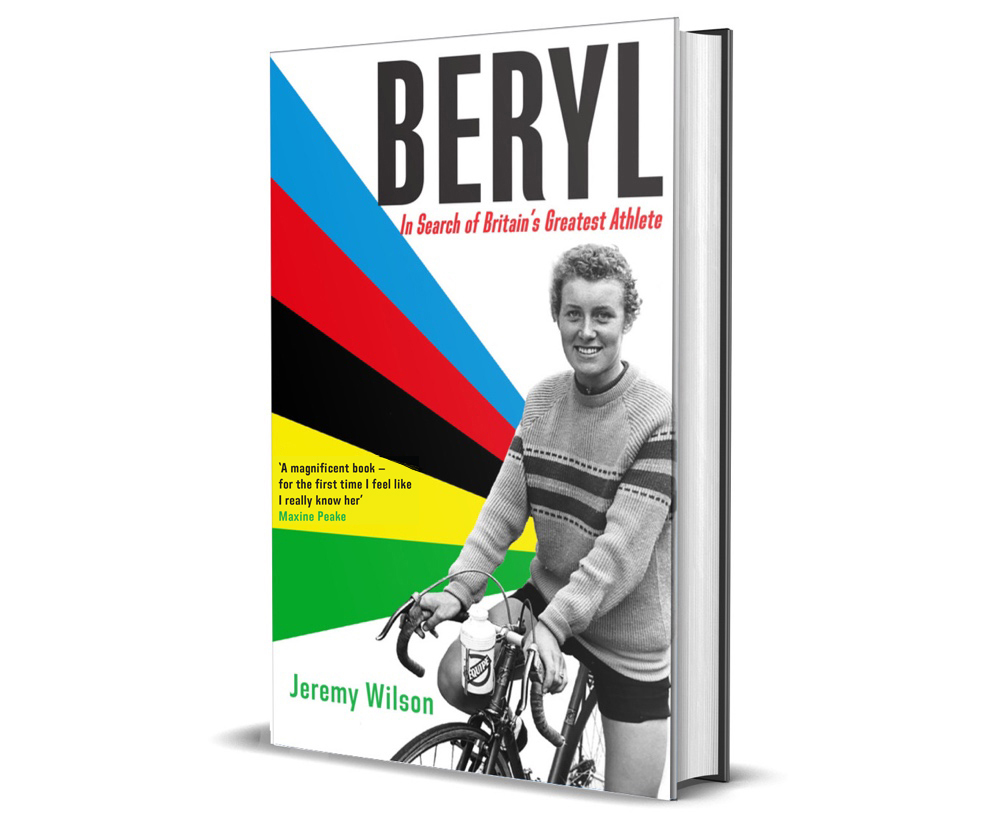 The author has been fortunate in his sources and had the opportunity to interview not only Burton’s immediate family but also friends, cycling club members, and international competitors, many now in the eighth and ninth decades of life. As well, the author spoke with a number of outstanding sports figures in other disciplines, sports psychologists, and, as we shall see, an expert in aerodynamics to come up with a truly unique experiment. 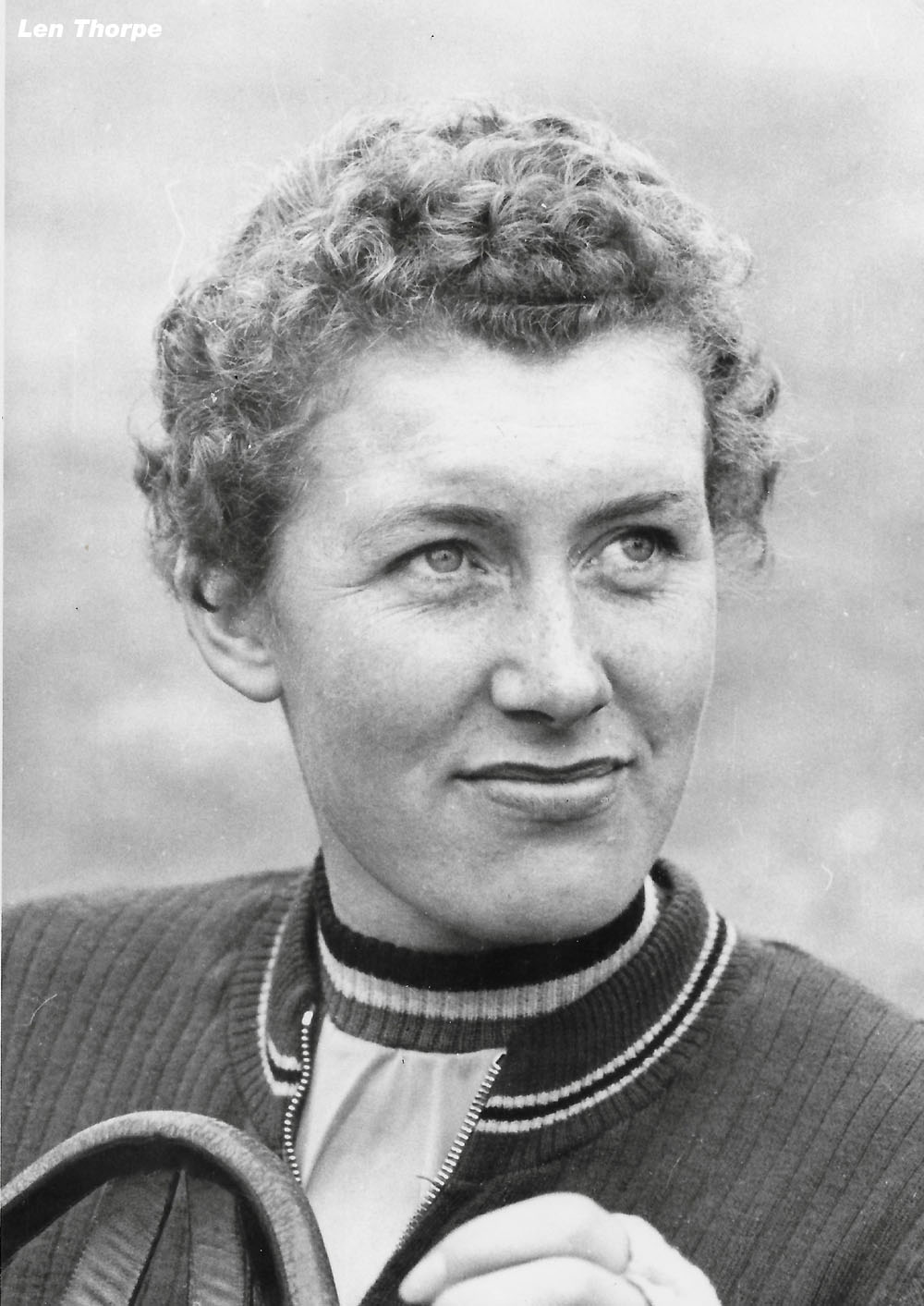 Beryl Burton began her extraordinary run of success as a time trialist in 1958, coming second in the BAR competition for Brtish Best All-Rounder (BAR) at the 25, 50 and 100 mile events but the following year, aged 22, she took first place—and would continue do so until until 1983. This unbroken 25 year domination is unprecedented in any sport and is unlikely to ever be surpassed. Turning every race into a time trial, in spite of a lack of tactical nous she still managed to win 12 national road race titles and two world championships. Add in five world championships on the track for the 3,000 m pursuit and her total championship titles of all types came to 129. Her incredible 12 hour time trial record of 277.25 miles set in 1967 was not bettered by a man until two years later and by a woman on a modern tt bike only in 2017. Is this the only example of a woman in any athletic event setting a record better than a man’s? It appears so. And she is the only woman to have ever been invited to the Grand Prix des Nations time trial, where she started 12 minutes before the first man and acquitted herself well there, catching race officials unaware with her speed. 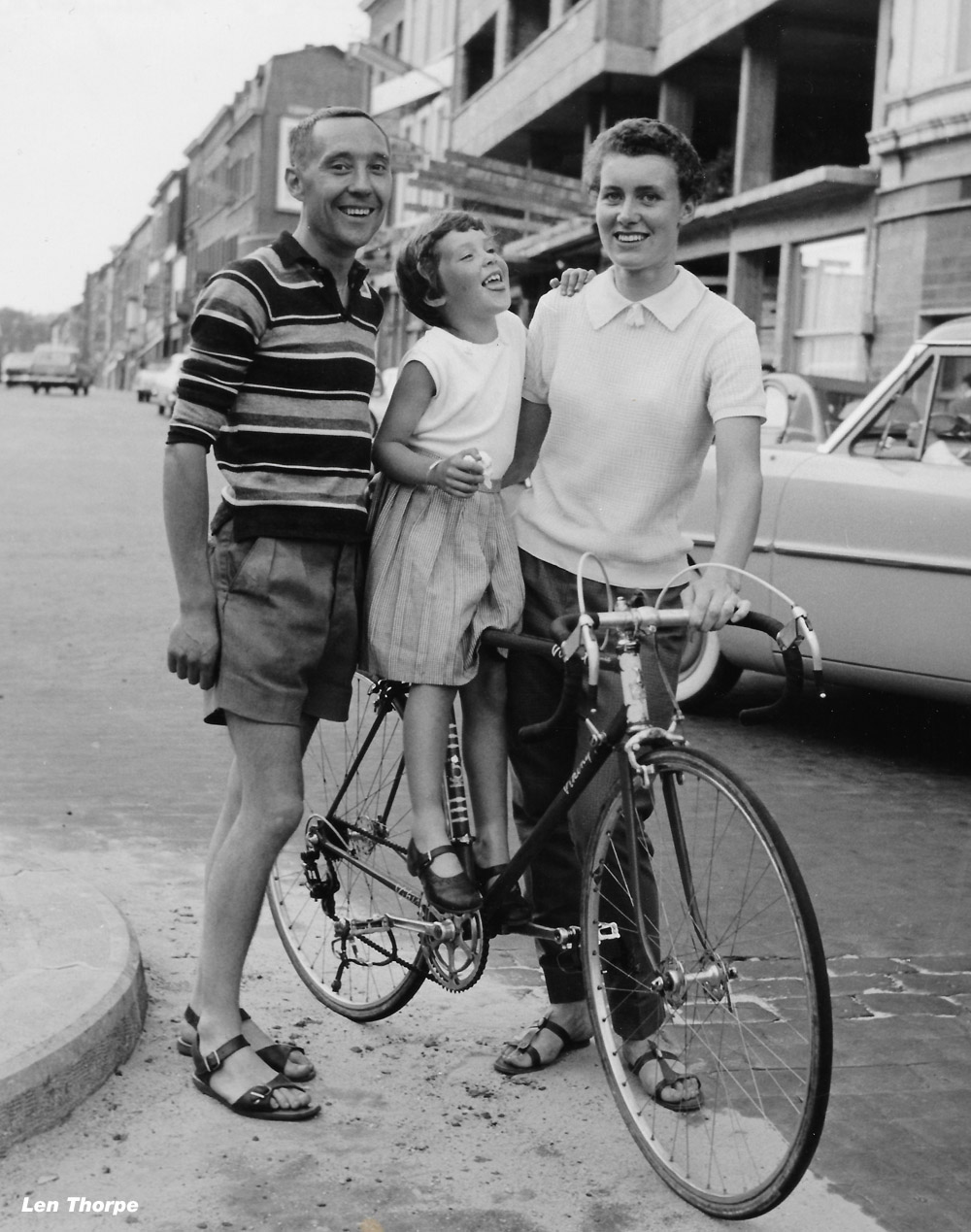 What were the circumstances of her sporting life? From all accounts she and the Morley Cycling Club friends lived a pretty hardscrabble life in post-war Britain, with money scarce and luxuries scant. Her life seems to have been shaped by an early childhood trauma, of having a breakdown during a critical school examination, followed by serious health issues and a period of infirmity due to rheumatic fever. The route to school closed to her she took up office work and met her future husband, Charlie Burton, who introduced her to cycling. Riding with the Morley club, she could not keep up the first year, rode with the group the second, and dropped everyone the third as she headed to national championships. 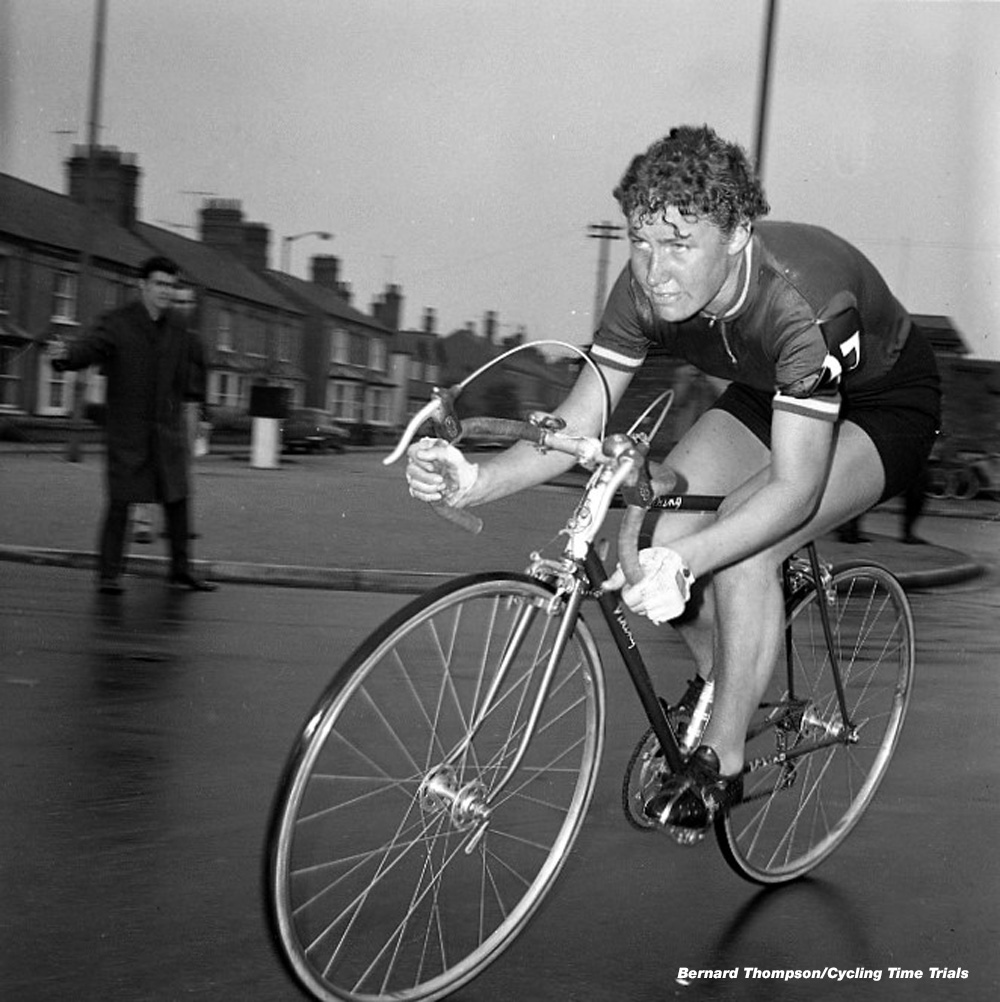 To describe the cycling scene described in the book as “grassroots” as understatement. Much of it is so threadbare that you have to laugh in disbelief at times. Charlie, who comes across as pretty much a saint, was an excellent mechanic and gave up his own cycling aspirations when recognizing how good his wife was, often was the one sleeping under a bush or, later, in a car, when there was no money for accommodation for him. Youth hostels and friends’ couches were often the best that could be done and as the Burtons had no car they cycled to race starts or managed to get lifts. Everyone seems to have pitched in under the circumstances but the stresses of worrying about a flat tire because you could not afford a new one for the race next week or dealing with childcare could not have helped the athletic mindset much. And this was an era when women’s sports (except in the Eastern Bloc, interestingly) had zero status. In Britain time trials were run by a different organization than road races and international events and while the time trial people seem to have been very supportive, the author’s account of the behaviour of the British Cycling Federation towards women is an appalling story. Funding was penurious, in spite of the fact that the women were winning a lot more medals internationally than the men. In spite of her amazing cycling talent, Beryl Burton was constantly overlooked for events, which were few enough given that the Olympics and World Championships were so slow to add women’s events. It is still amazing that it was only in 1984 that the Olympics featured a road race for women—and Beryl Burton tried to get on the British team for that, aged 48! 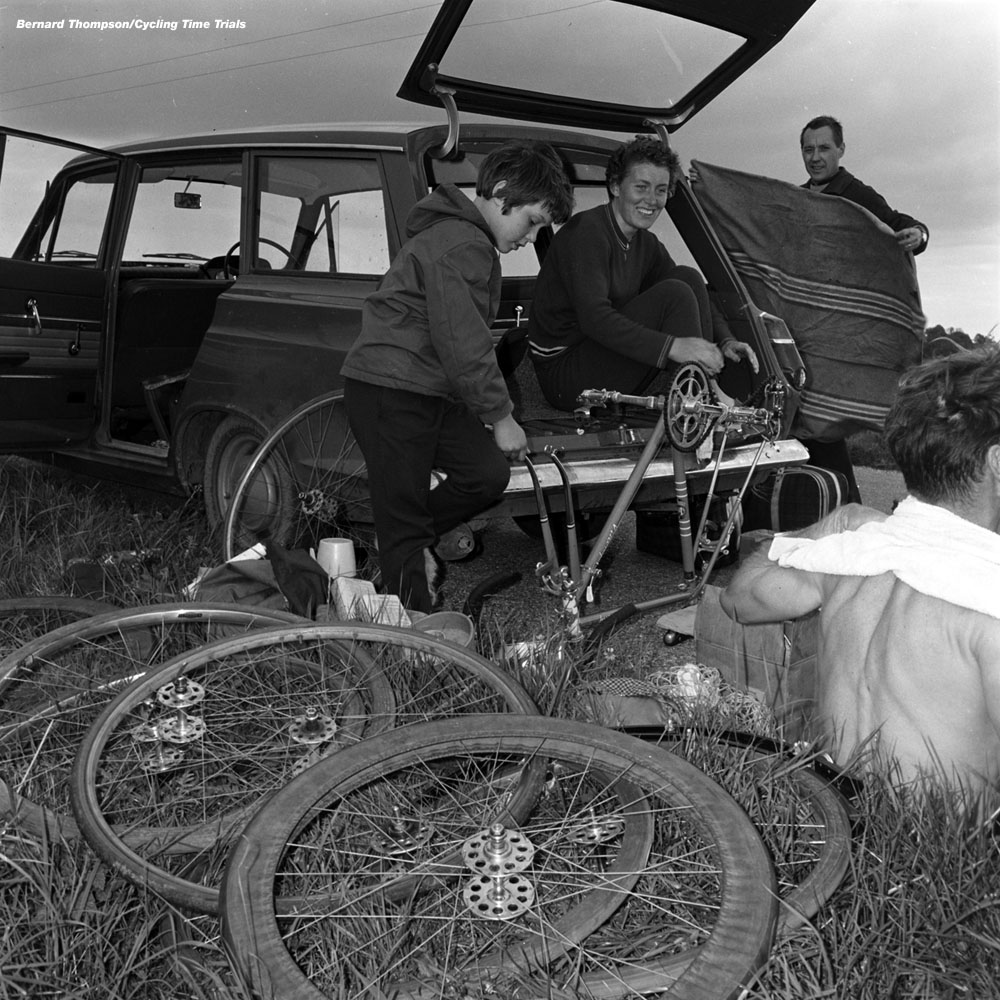 Burton had no coach and apparently no training plan except to just ride, ride, ride. In addition to the insane mileage she put in, she also worked full-time and managed the Burton household. She did not allow a television or telephone in the house to avoid distraction and it seems the only time she was sitting still was on the bicycle saddle or while knitting. She comes across as a private person, often very blunt at times, perhaps even a bit hard. The author discusses how “superelite athletes” differ from mere “elites,” the kind of sportsperson who qualifies for an Olympic team but is not a multiple medal winner. The superelites often are dealing with some kind of early life trauma that shapes them that drives them and “driven” is clearly the adjective for Beryl Burton. Cycling was the focus of her family life, with her at the centre of it, and the obsessive nature of it required a degree of sacrifice few people, even with remarkable athletic talent, would consider. Beryl Burton put down her success to all those miles she put in (as well as a healthy diet), while Charlie suggests to the author that there was clearly also some kind of genetic advantage. But it is her truly relentless will to win that showed she was no simple Yorkshire housewife, a will that intimidated rivals for more than two decades, and caused a family crisis in 1976, when her daughter Denise beat her at the national women’s road race. Beryl was never a person to be satisfied with second place, although one is struck by what is apparently a superelite characteristic of receiving little joy from winning but just going on to the next competition. For some, the fear of losing is far greater than the pleasure of victory. There was certainly no financial reward as Burton never gave up her amateur status and recognition, which she did not seem to crave particularly, was doled out pathetically outside the cycling community (although she was awarded the OBE and then MBE honours). 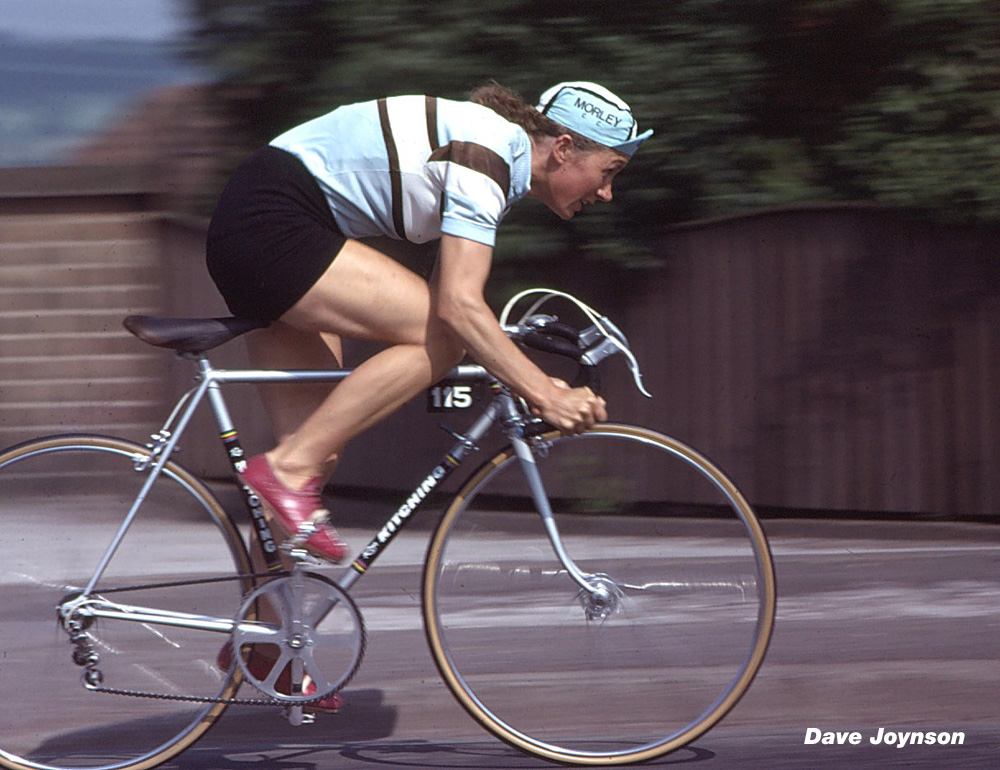 It is difficult to comprehend how someone (self-coached, skimping on equipment, working full-time) could be so successful in such a diverse range of disciplines, from track cycling to short- and middle-distance time trials to absolute marathons when riding 100 mile or 12 hour events. In a wonderful piece of initiative, the author seeks to answer the “what if” question as to how fast Beryl Burton in her prime would have been today on a modern time trial bicycle. A time trialist of similar stature (even wearing a wig to replicate Beryl’s curly hair!) and matching her position was placed in a wind tunnel on one of Burton’s actual Raleigh competition bikes, then changed into a skinsuit, aero helmet and onto a modern Cervelo P5 for the same test. This book is worth having for this chapter alone if one attempts to put Burton’s accomplishments into perspective. 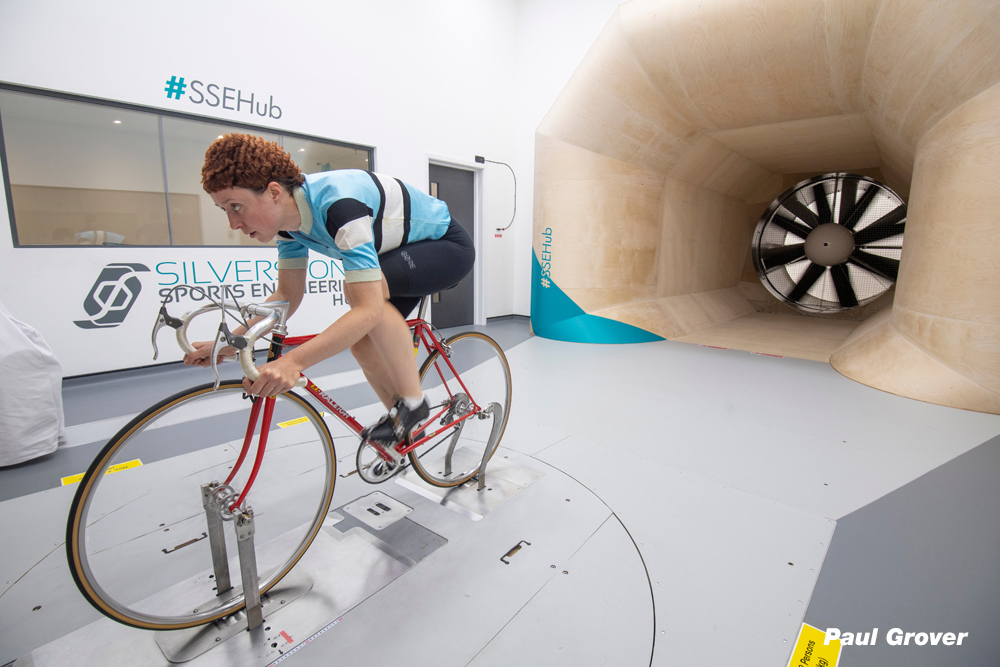 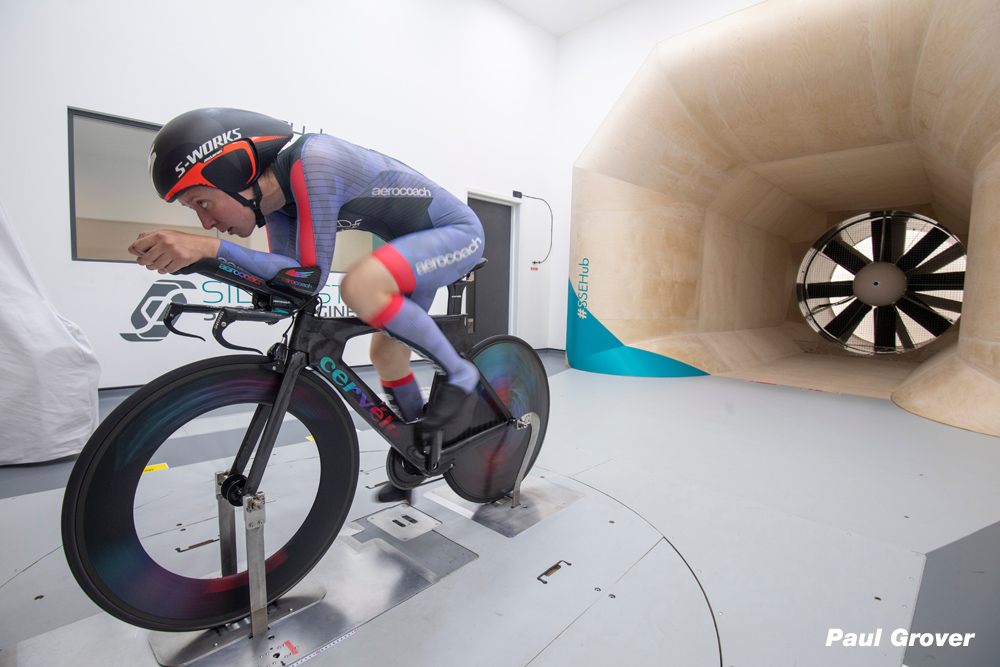 Beryl Burton died of a heart attack, falling from her bicycle while delivering invitations to her 59th birthday party. In the 25 years since then women’s cycling has struggled upwards and she would have been thrilled by the World Championships held in Yorkshire in 2019, where Annemiek van Vleuten rode away from the field in a 100 km solo breakaway. So much for athletes has improved, from funding to training to nutrition…to opportunities. “Beryl” is a superb book about someone who was great before her time, who rode to a different drummer. In Charlie’s words: “She were good.”