The aging process is something none of us can avoid, but with the help of Joe Friel and his book ‘Faster After 50’ we might be able to fight off the degeneration or at least understand the process. There is good news; Friel advises on strength training to stop age-related loss of muscle mass, overtraining, advanced training and the importance of rest and recovery.

We are living in the Age of the MAMIL—Middle-Aged Men in Lycra abound. Where once bicycles were sneered at as children’s toys or for those too poor to afford motorized transport we now have astonishing two-wheelers, crafted of the highest of high-tech materials in the exotic Far East and featuring electronic shifting and featherlight wheelsets for five-figure sums that would buy excellent used cars. Gran fondo events have become all the rage in North America, catching up to European counterparts, and thousands are spent on travel packages to let the well-heeled enjoy the cobbles of Paris-Roubaix or retrace the Tour de France route itself. Middle age may not just bring the wherewithal to indulge in these luxuries but also some unpleasant surprises and noted coach and author Joe Friel brings succour to those who find their bikes losing weight in inverse proportion to themselves in his latest book “Fast After 50—How To Race Strong for the Rest of Your Life.”

He is an elite-certified USA Triathlon and USA Cycling coach and holds a master’s degree in exercise science. He conducts training and racing seminars around the world and provides consulting services for corporations in the fitness industry so he knows a great deal about athletics but the book had its genesis in his sudden realization that he was about to turn 70. He writes about his milestone birthday: “My greatest concern was that it might signal the beginning of the end of my lifelong adventure as a serious athlete. I simply didn’t know what to expect.”

With six months to go until the dreaded day, he delved into the scientific literature to determine what his future might hold. Since writing a previous book (“Cycling Past 50”) published in 1998, he learned that the huge baby boom generation, a cohort entering their 60s in 2005, meant a significant increase in studies on aging and the patterns he saw in them came together in this new book. 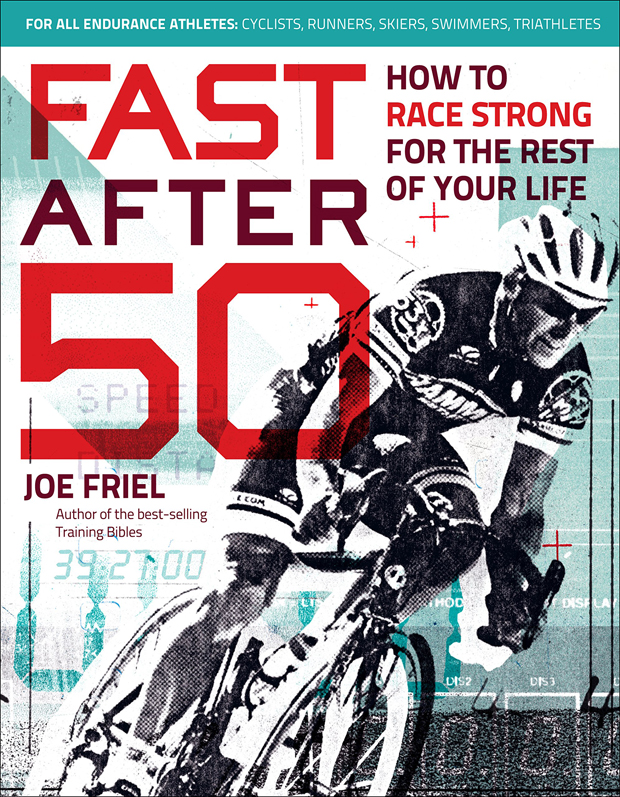 “By the time we’re in our 50s, it’s just starting to become apparent that things are going the wrong way. The first thing that athletes typically notice around that age is that they don’t recover from a race or a hard training session as quickly as they did a few years earlier. And not only that—race times are slowing, there’s a loss of power, hills seem steeper, and other performance markers are also looking worse. What can be done?”

Apparently not all is lost! We learn that there is a surprisingly low deterioration in the performance of elite athletes as they move through their race age groups. But there is a reduction and Mr. Friel forces us to look at the grim truth in Part 1 of the book, entitled “Older, Slower, Fatter?” This examines the various theories of aging (and the book is festooned with footnotes to indicate just how much serious research went into it). There is a sad list of what happens with aging: skin loses elasticity; hair thins and turns grey; high-frequency sounds become more difficult to hear; sleep quality declines; bone density is reduced; the basic metabolic rate slows down, resulting in weight gain…well, that’s enough for the general population. But for athletes this means aerobic capacity declines; maximal heart rate is reduced; muscle fibres are lost and so forth.

There is an inevitability to this but recognition of these three effects and the acceptance that one might not be as fast as one was in his or her 20s or 30s but that it is more important to live up to the potential fitness one might have is the heart of “Fast After 50.”

Frankly, it was disconcerting to read through this catalogue, as well-researched as it might be, and feel the cold breath of the Grim Reaper close by. The author realizes the effect and writes: “I know what you’re thinking and I agree. There wasn’t much in the way of good news in this chapter. Unfortunately, there’s even more to the downside of aging that’s been left unexplored. {In addition to the Big Three limiters}…we may also include other changes that senior athletes often experience, such as increased risk of injury and a weakened immune system that makes them more susceptible to disease.” Sigh.

Luckily, Part 2 arrives: Faster, Stronger, Leaner! This was designed to address the problems set out in the first section by noting that aging is a blend of genetics and lifestyle (in an unknown ratio) but research has shown that the process can be speeded up or reduced through something we can control. The physiology of training is no different with age although capacity may be reduced so it is by modifying our lifestyle we can truly reach the potential high performance of our athletic endeavours.

Given that the book is aimed at people who are already familiar with athletic activity, Mr. Friel does not need to go into detail about things like goal-setting but covers the importance of high-intensity training and avoiding the tendency to comfortable training levels and easier workouts that we slide into. With clear goals set we move onto periodization to avoid overtraining and then into advanced training that makes allowances for the aging athlete, including sections on strength training (not only to improve performance but to stop age-related loss of muscle mass) and on to the importance of rest and recovery. There is an entire chapter devoted to body fat and nutrition and how to deal with those shrinking Lycra™ jerseys. In addition to his own research, the author has called in interesting contributions from a number of noted sports figures, including the truly ageless Ned Overend of mountain bike fame.

The book ends on a hopeful note as the author believes that the baby-boomers will bring about statistical changes in the expected decline after 70. “If you count yourself among this group, then you are part of the most athletic and performance-focused generation in history. I believe you will rewrite the numbers in such a way that we may soon find that the rate of decline for athletes in their eighth decade of life is no greater than it was in the previous 10 years.”

Alas, a month after he reached 70 Mr. Friel crashed on a training ride when a strong gust of wind blew him into a curb. He broke seven bones and received a concussion and subsequently developed blood clots in his legs and lungs. He expects to be racing again on his 71st birthday and invites his readers to write to him about their experiences with the ideas and suggestions in this thoughtful, well-written and groundbreaking book. We wish him a speedy and complete recovery and look forward to “Even Faster After 80” which we anticipate will come out in 2030. We will be ready! 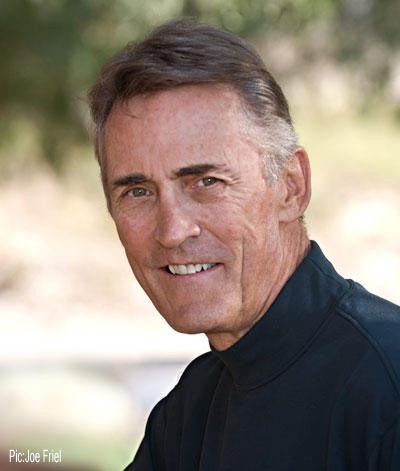 “Fast After 50: How to Race Strong for the Rest of Your Life”
by Joe Friel
328 pp., some chart illustrations, paperback
VeloPress, Boulder, Colorado, 2015
ISBN: 978-1-937715-26-7
Suggested retail price: US$21.95
For more information about this and other VeloPress publications go to www.velopress.com.

When not totally focused on rest and recovery, Leslie Reissner may be found aging gracefully at www.tindonkey.com.