The Good Roads Movement began in the hot excitement of the bicycle boom of the 1880s and 1890s in North America as cyclists (and, later, motorists with their new-fangled horseless carriages) lobbied to make roads rideable. The muddy tracks so common between towns were gradually replaced by improved roads and ultimately by smooth ribbons of asphalt.

In his new book, “Gravel Cycling: The Complete Guide to Gravel Racing and Adventure Bikepacking,” author Nick Legan gives us good reason to consider getting off the tarmac and out onto roads we might not have considered before.

– By Leslie Reissner and Stephen Cheung – 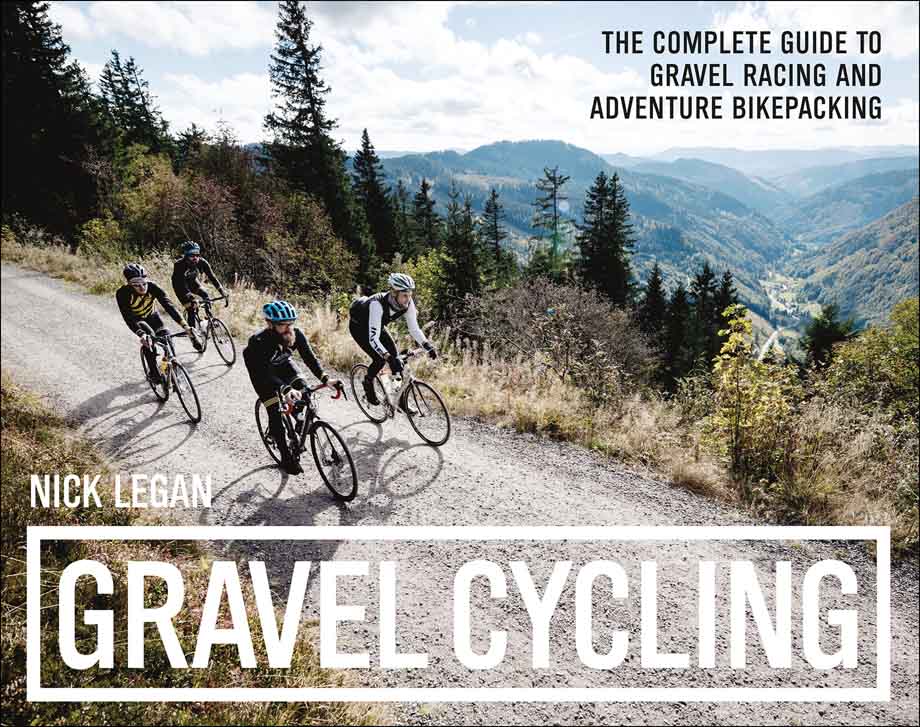 North America has 1.4 million miles of unpaved roads and bike manufacturers are riding a new wave as cyclists look for off-road adventure—the “gravel bike” now occupies a rapidly expanding niche, judging from the flood of new products. With a heritage that covers elements of mountain bikes, cyclocross bikes and road bikes all at the same time, we might have reached the Bicycle Horizon Event. Legan is a powerful evangelist for the gravel community and writes of the bonding experience of riding together through mud and wind in the wilderness, or the joys of the solitary peaceful backcountry explorer. 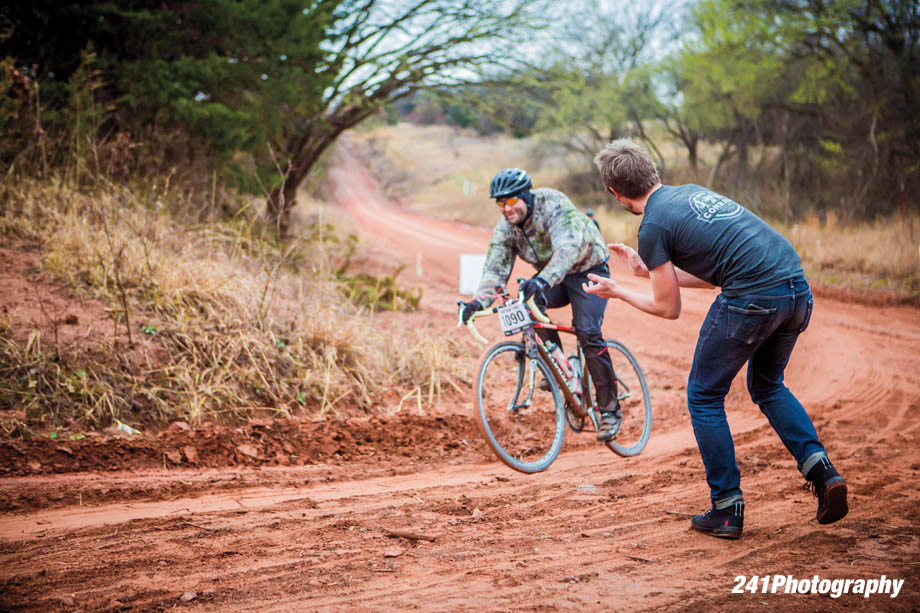 Like other forms of cycling, gravel cycling has many different aspects and Legan covers this wide range in this, apparently the first book devoted to the subject. Itis divided roughly into two parts. The first half deals more with racing and other kinds of organized events in the United States and overseas, before moving into bikepacking trips on established routes such as the Great Divide or the Denali Highway. The second half of the book is on getting prepared for your off-pavement excursions, covering issues such as how to outfit your bike, the kind of bikepacking gear that would be useful for longer trips, and building a “Gravel Dream Machine.” 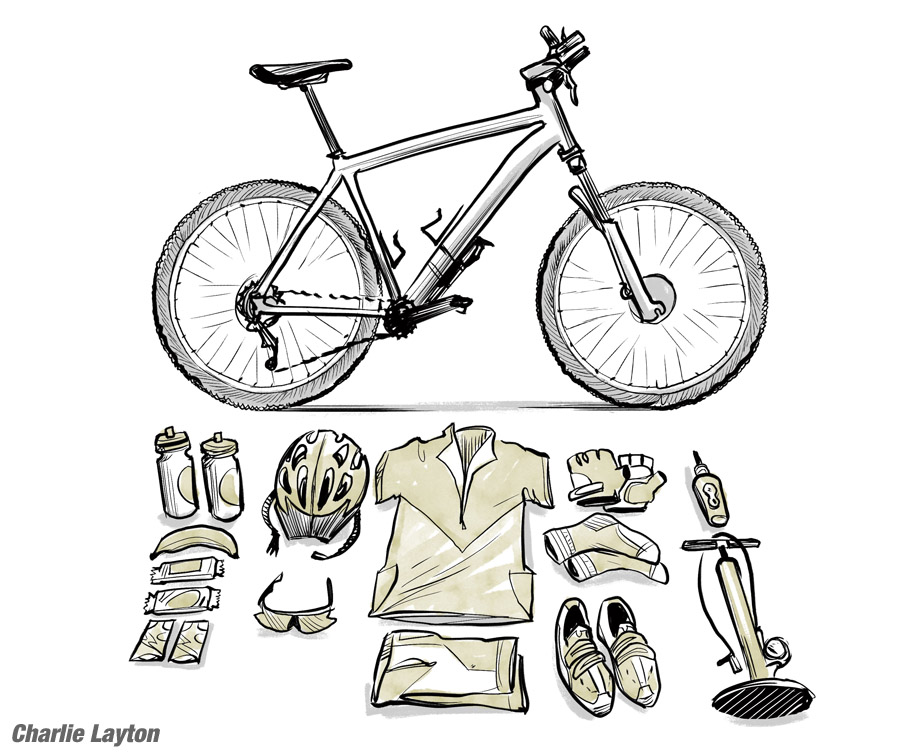 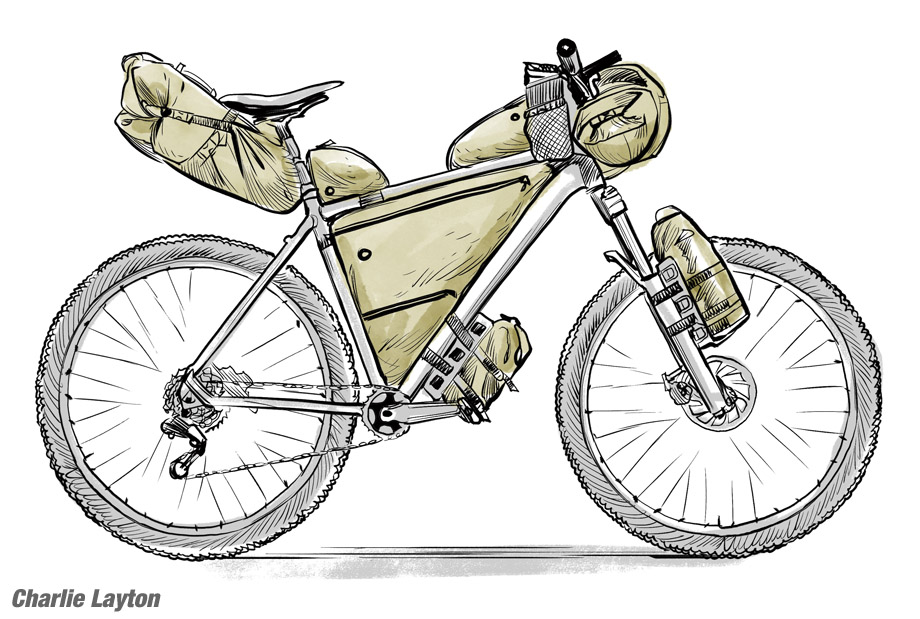 The events profiled, whether in California, Oklahoma or Utah, boast beautiful scenery and challenging terrain but many of other gravel rides are found in places not usually associated with great cycling—Nebraska or Michigan, for example. The author notes that the surge in organized gravel riding began with traditions in the US Midwest. And the foreign rides do take place in areas famous for road cycling—Spain, France, Germany—but offer a different perspective when seen away from the asphalt. One also has the impression that while a lot of events can be quite competitive, they are far more relaxed than road race participation. And who would not love these names? Almanzo, Barry-Roubaix, Crusher in the Tushar, Deerfield Dirt Road Randonnée, Dirty Kanza, Dirty Reiver, Grasshopper, Gravel Fondo, Gravel Roc, Gravel Worlds, Great Otway, Grinduro, La Gravel66, La Résistance, Land Run, Pirinexus 360, Rebecca’s Private Idaho, Trans Iowa. 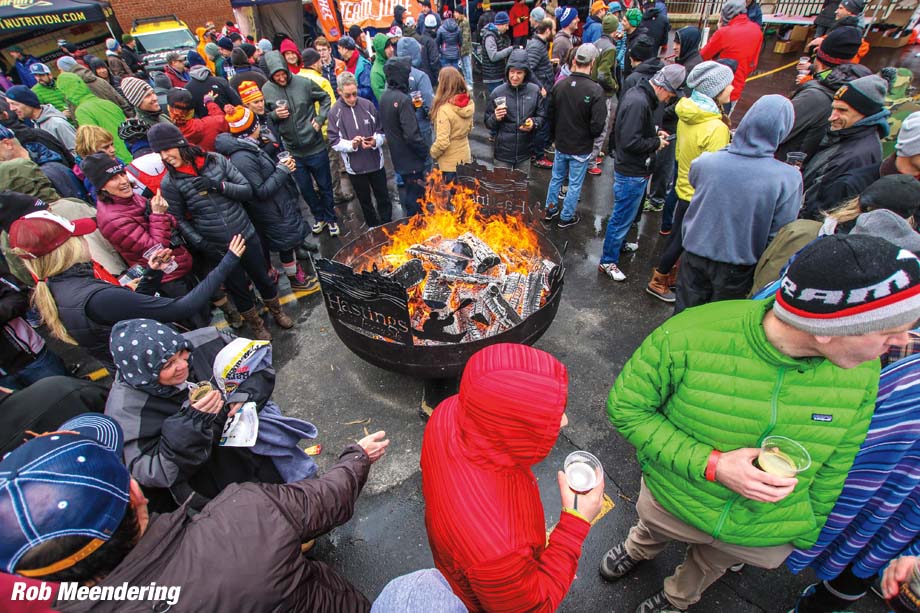 One of the challenging aspects of getting into gravel cycling is the fact that the discipline itself encompasses such variety, ranging from gentle and very hard packed farming dirt roads that is essentially similar to riding on pavement, through to gnarly singletrack and everything in between. That makes writing about the technical aspects of gravel riding a challenge in and of itself. 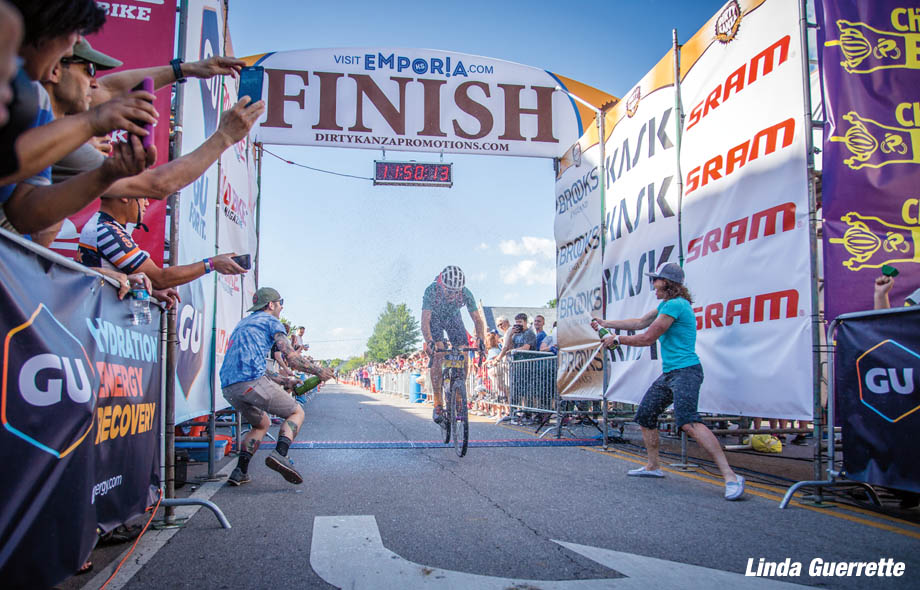 Legan tackles this challenge with a fairly broad and common sense approach. Bike dealers and manufacturers will probably reel in horror at Legan’s recommendation that, rather than jumping in and getting a new bike, riders interested in exploring gravel start out by seeing if wider tires on their existing road or cyclocross bike will be enough to suit their purpose. 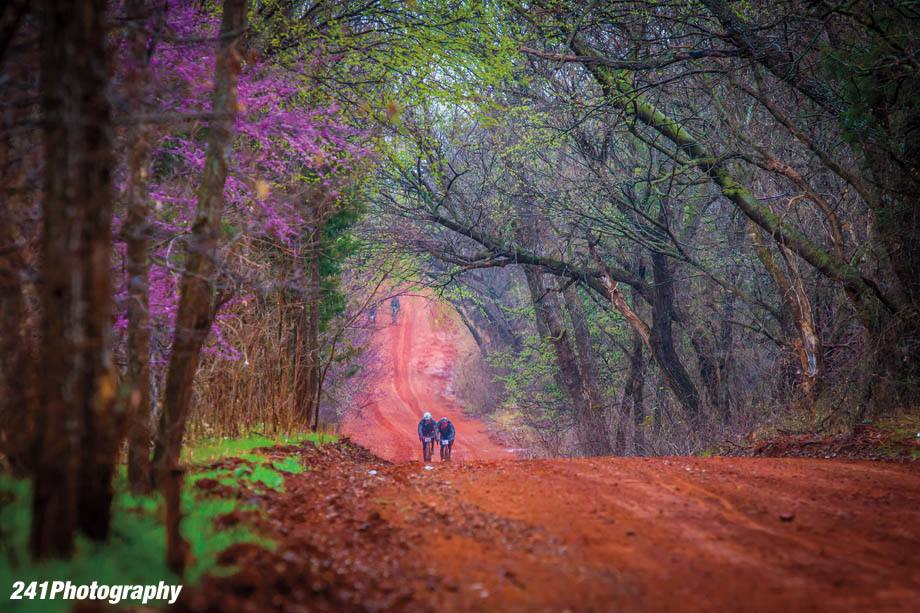 Possibly the best part of Gravel Cycling’s technical sections is Legan’s explanation of the different wheels and tire choices, from the effect of internal rim with on tire selection, to comparing the effects of different wheel diameters on bike handling. With so much variety and options available, it was nice to read a simple and clear comparison and explanation. 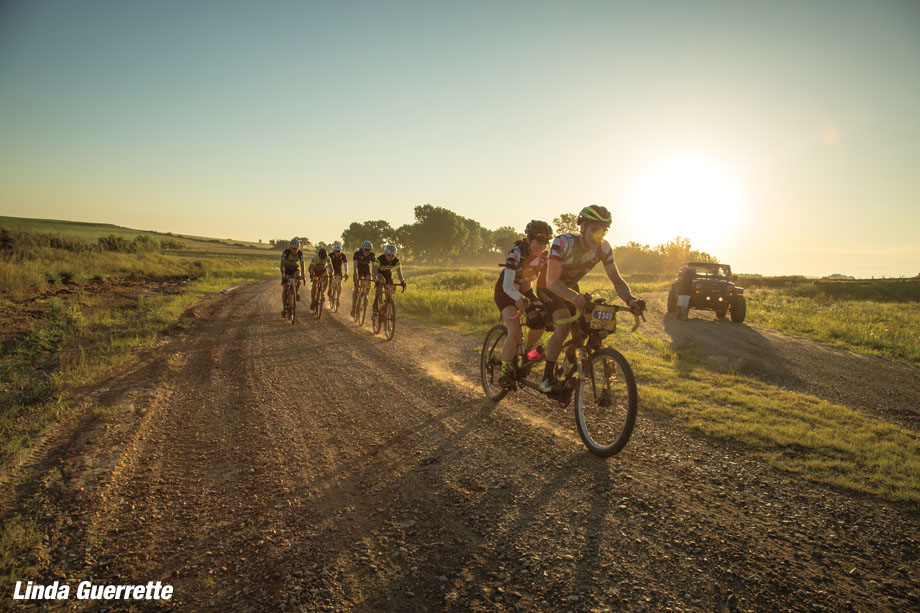 A similar basic but informative approach is taken with a variety of other topics, including geometry and handling differences between a cyclocross bike versus a more dedicated gravel-specific design, where to spend the money (bike fit and every contact point between body and bike), who needs a custom bike, etc. This is supplemented by interviews and profiles of cyclists, builders, etc. about their bike choices. This was another nice way of demonstrating the wide scope that gravel cycles have to play with in terms of their equipment. 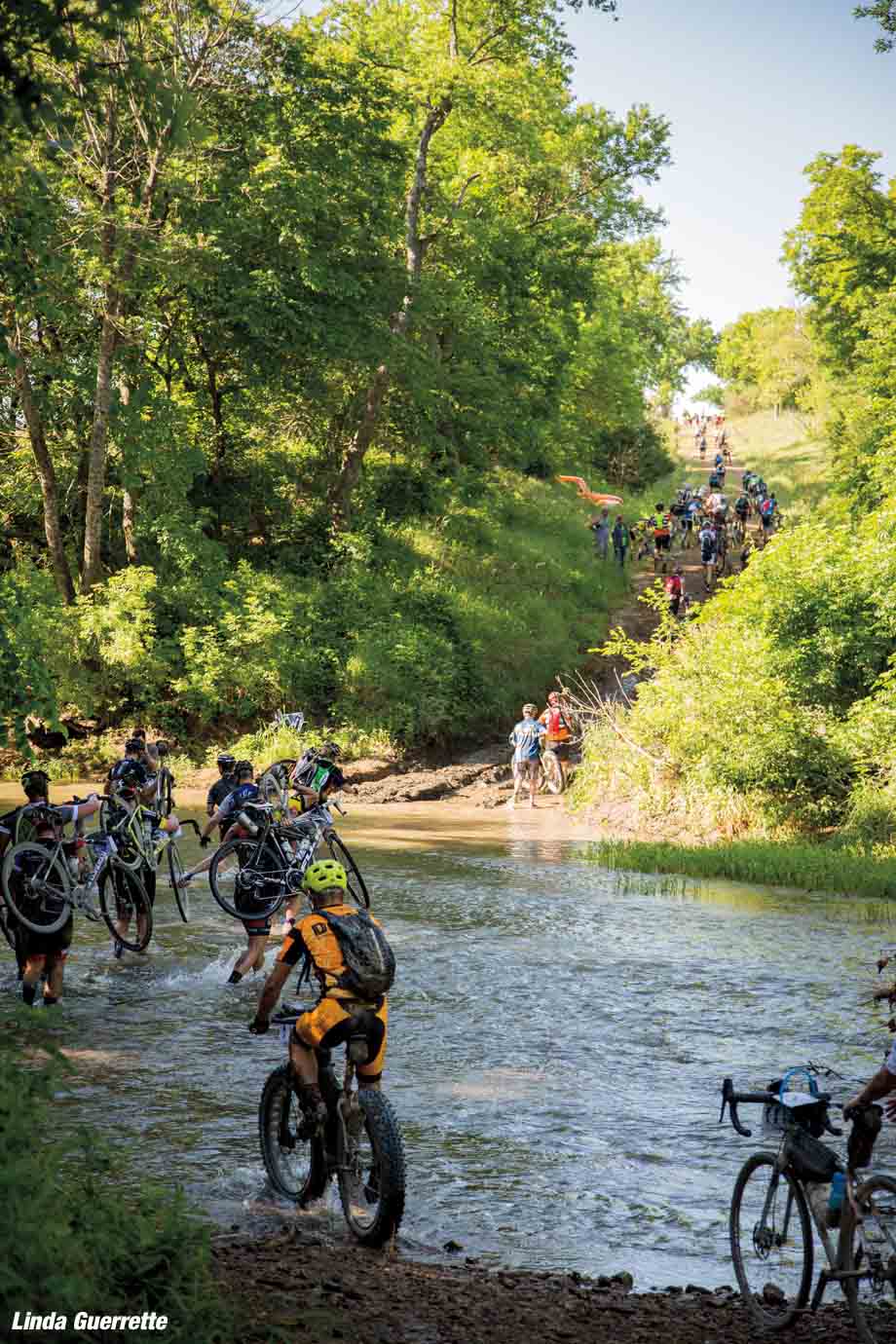 Ultimately, Legan’s best advice is this – almost any bike will do to get you started, and the key to the best bike is what kind of gravel you intend to ride. 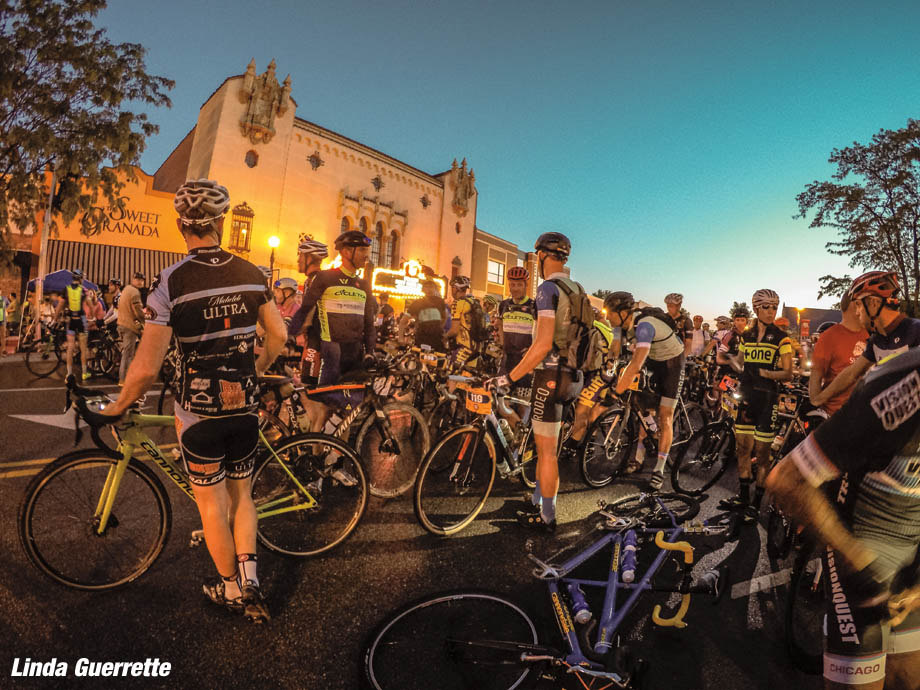 Why the enthusiasm for gravel today? Author Legan, who is a veteran of the Great Divide Route, and worked for seven years as a Pro Tour team mechanic, writes: 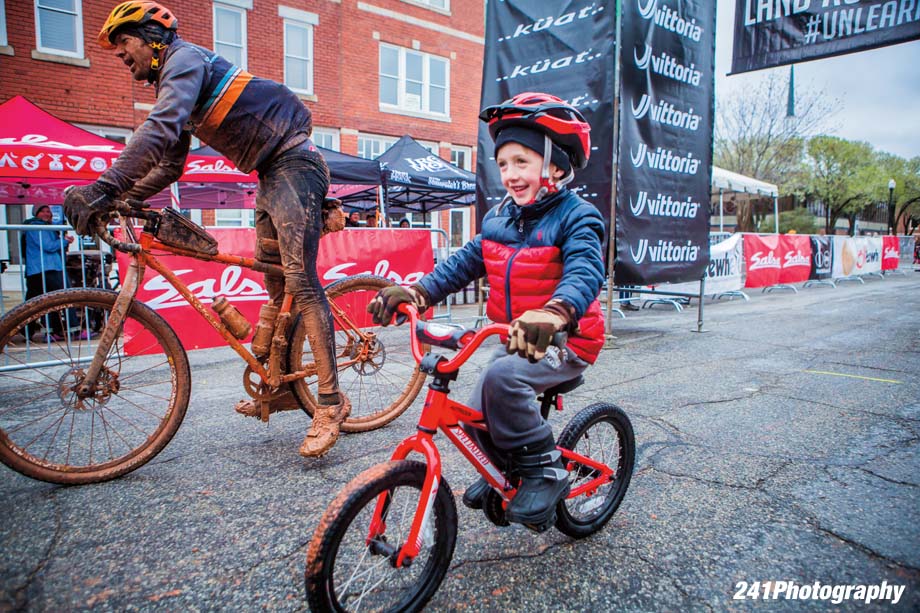 If Nick Legan’s warm and enthusiastic text does not convert you to the gravel community, the fine 320 colour photos in the book will probably do the job! 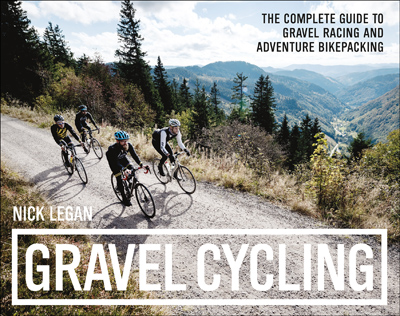 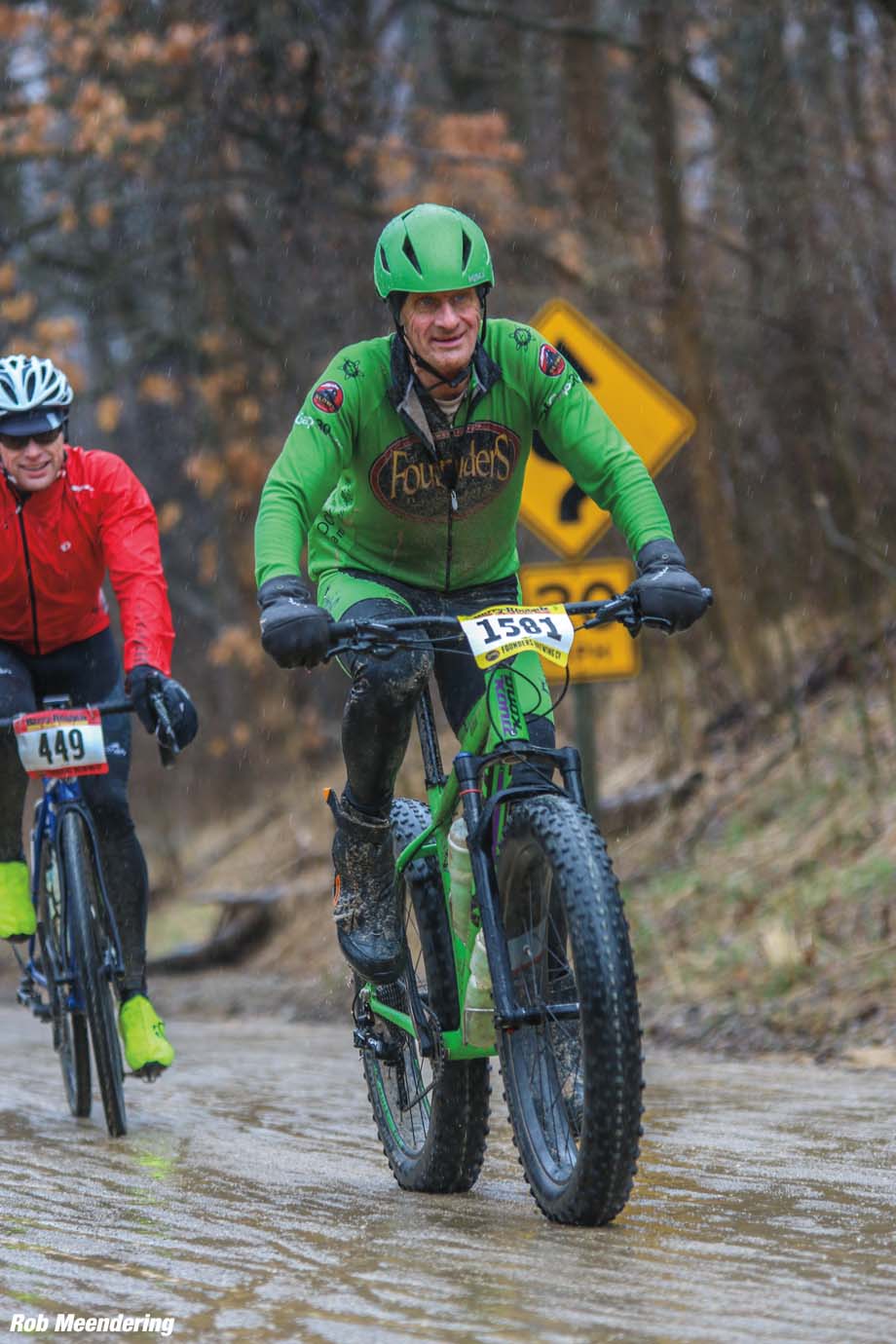