There is something special about cycling in Italy: the mad tifosi at the Giro; pro riders with names like opera singers; the glorious scenery and the even better coffee awaiting at each rest stop. And, of course, the Classic Italian Racing Bicycle itself. But is the Classic Italian Racing Bicycle really all that special? After all, we are talking about a machine, a machine of steel tubing and with rubber tires and alloy components… Let’s take a closer look at a book that answers that question.

“Italian Racing Bicycles: the People, the Products, the Passion,” by Guido P. Rubino

Racing bikes have been and continue to be built in many countries, by equally talented craftsmen or equally inept mechanics. But I dare any red-blooded cyclist to skim through the pages of a recent VeloPress publication about the bicycles of la Bella Italia and not feel the need to ride the Stelvio and pour down an espresso. (Warning: as someone who owns bikes with names that include Basso, Bianchi, Chesini, Colnago, Masi and Marinoni I am probably somewhat biased.) 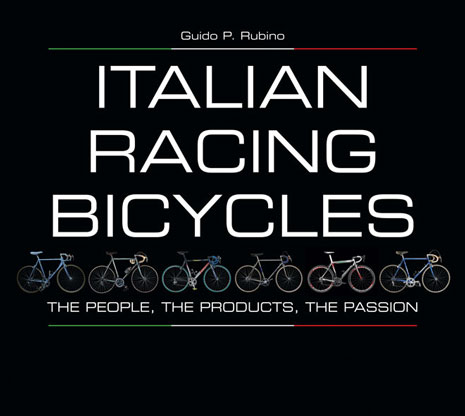 Opera composer Giuseppe Verdi once famously said: “You may have the universe if I may have Italy.” In the pages of “Italian Racing Bicycles” are the stories of some forty Italian companies that produce, or once produced, fine bicycles and components. Meandering through this book–and seldom has a book on bikes so invited dreamy browsing–the reader soon learns that there are some common threads that really do suggest Italian racing bikes are different. Even though the firms described in each short chapter, none of which runs more than eleven pages, go from the dawn of cycling (Bianchi 1885) to recent arrivals managing space-age materials like titanium (Passoni 1989), there is a certain pattern to them. 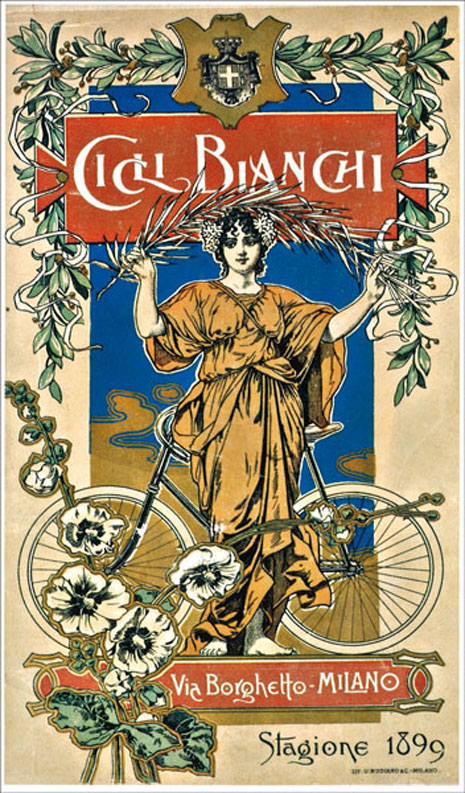 The first thing one notices is that not only many of the brands were named the individual who started the company, but just how many were continued by the descendants of that founder. Edoardo Bianchi’s son took over the business after his father died as a result of an accident involving a Bianchi car in 1947. While Bianchi the company, which has impressive coverage in the book, is today controlled by a faceless corporation, many notable names here are still in family hands. These include Campagnolo, Casati, Colombus (the Colombo family), Daccordi, de Rosa, Gios, Guerciotti, Masi, Milani, Modolo, Pinarello, Scapin, and Viner. Wilier is run by the sons of the man who revived the brand, founded in 1906 and moribund, in 1969. I have bicycles built by two firms not in the book (Chesini and Basso) that are also run by the next generation. This is extraordinary and I can think of no other country with an active bicycle culture where this is the case. Small companies elsewhere tend to stay very small (sole artisans like Richard Sachs or Peter Weigle) or become a mammoth company (Schwinn, Giant). 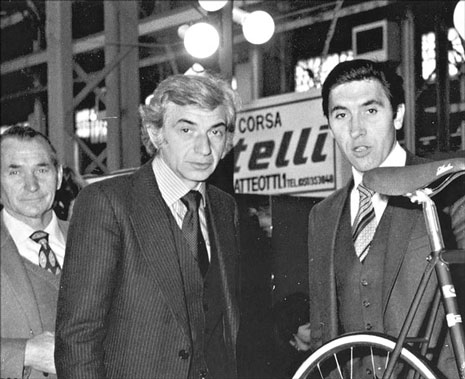 Of course, passion alone is not enough to ensure the survival of a bicycle company and the book features more than a few brands that have vanished or been resurrected as something else, an inferior something. Names like Legnano, Torpado, Atala, Universal are brought back to life through old photos or colour portraits of ancient bikes. While there are carbon or titanium bikes in the book, disc wheels and electronic shifting, there is a strong elegiac feel to the book. How can there not be with picture of heroes of the road with names like Coppi, Olmo, Bottechia and Saronni sprinkled through the book? It is easy to overlook the very prosaic everyday bikes made by true mass market companies like Bianchi, Torpado or Legnano. One of the greatest framebuilders of all, Umberto Dei, gets no mention except reference to the current Dutch-style bikes produced under his name

Admittedly the past is a beautiful place in “Italian Racing Bicycles,” giving one the suspicion that perhaps the pinnacle of the Italian racing bicycle has been passed. Those carbon frames are predominantly made in Asia, and shoes and components with Italian brand names are made in places like Romania as Italian firms struggle to remain competitive in the global market. Each chapter of the book is a self-contained happy place and while it is clear that many ex-racers or mechanics where good businessmen, we have no sense from reading this book that there were ever failures. Anyone who has tried to adjust the first generation of Campagnolo indexed shifters will have first-hand evidence of just how backwards Italian technology can be. Does Ernesto Colnago really believe that the weirder the chainstay the better the ride or is this just marketing hype? The fact that many of these companies survive and prosper whereas other once-mighty names in cycling (Huret? Simplex? Motobecane?) are gone or are just brands salvaged for goods with no reputation of their own. 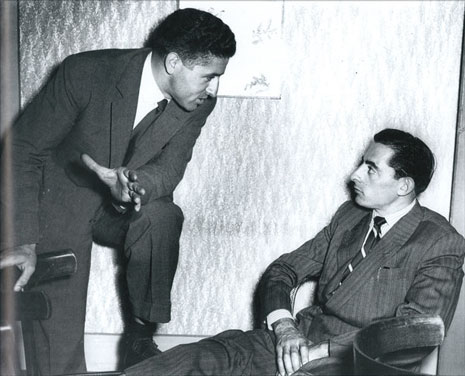 The chapters of the book are a bit uneven. While giants of the industry such as Bianchi, Colnago and Campagnolo get plenty of space, others, such as Atala, are quite perfunctory. Nonetheless, even the ardent bike enthusiast will learn a great deal from the finely-produced volume. I was disappointed to learn that the supposed story behind the Wilier name, an acronym for “W (viva) l’Italia liberata e redenta,” meaning “Long live Italy, liberated and redeemed” is apocryphal. On the other hand, I did learn that two brands that sounded very un-Italian (Alan and Viner) were made up from abbreviated names, in the first case of the founder’s children (Alberto and Annamaria) and in the second the founder himself (Viviano Nerozzi). New to me was that pioneering composite disc wheels came from Ambrosio, used in 1984 on Franesco Moser’s Hour Record bike. Or the 3T was originally 3ttt (Tecnologia del Tubo Torinese) until a company employee accidentally registered the name with two “t”s. 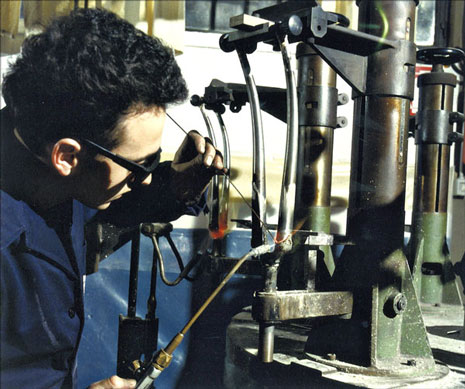 Stems, brakes, saddles, rims: companies making these are also a valued part of the Italian bicycle cluster of excellence. And there are still artist-mechanics at work, like Dario Pegoretti or small, beloved brands like Tommasini. 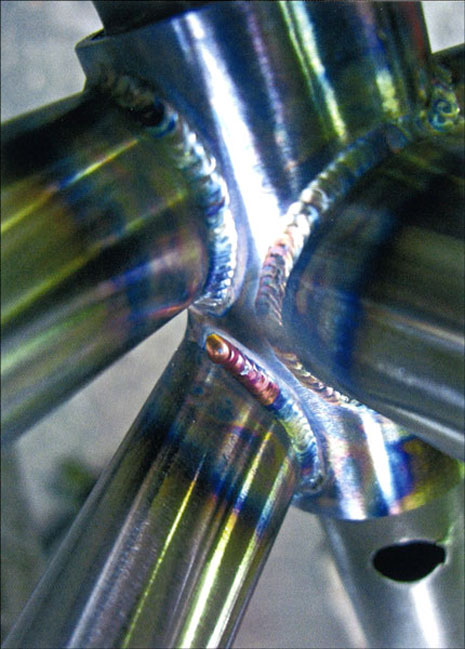 This book was clearly put together with the cooperation of the firms named and while it could have read like a big advertisement, “Italian Racing Bicycles” avoids being an advertorial. The writing is straightforward and the majority of illustrations excellent.

The philosopher Bertrand Russell noted: “Italy, and the spring and first love all together should suffice to make the gloomiest person happy.” This book (covering Italy and love) would make any winter-bound cyclist happy and looking forward to the snow melting away on the Gavia. It would be a superb gift for the holidays, although a pro-level espresso machine and a week at the Giro d’Italia will probably be the next things on your list…

Buy it at VeloPress HERE!

***
When not cherishing bicycles whose builders’ names end in a vowel, Leslie Reissner may be found sipping a doppio and eating cantucci at www.tindonkey.com

Vittoria Shoes: The Hora and The Old School