Our Toolbox training expert, John Howard, has turned his hand to a bit of book reviewing with a look at one of the greatest and fastest men who ever raced. Major Taylor was a champion on the track, but as an African-American he was up against the prejudice of the time. Andrew Ritchie’s updated biography is work of art and a historic record.

It is the season for reflection, a time to contemplate the ebb and flow of life, well structured to embrace the traditions, the practice and the culture of cycling. To this end, my long time friend, cyclist and co-author Rene Maurer and I bring you a review of a book that will enhance your appreciation for the roots of our sport. Enjoy and prosper in the New Year. 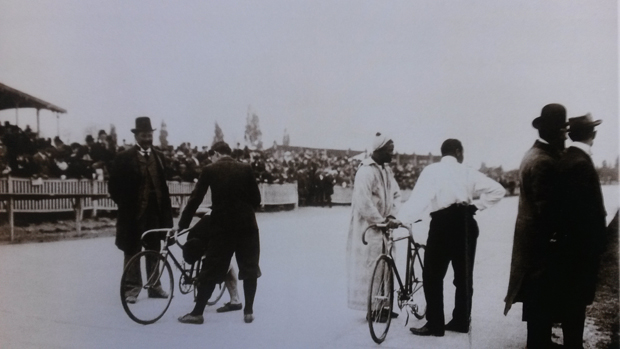 Major Taylor: The Fastest Bicycle Rider in the World is the second edition of Andrew Ritchie’s The Extraordinary Career of a Champion Bicycle Racer. Ritchie, considered by many to be the leading authority on Marshall Walter Taylor, has published an updated version of his earlier biography of the enigmatic African-American world champion. The latest edition is printed on glossy, high-quality paper in an 8¾ by 11¼-inch “coffee-table” format and is beautifully illustrated throughout. There are chapter notes, a glossary, and an annotated bibliography. Should you already own the original edition, you will want to add this second edition to your collection. 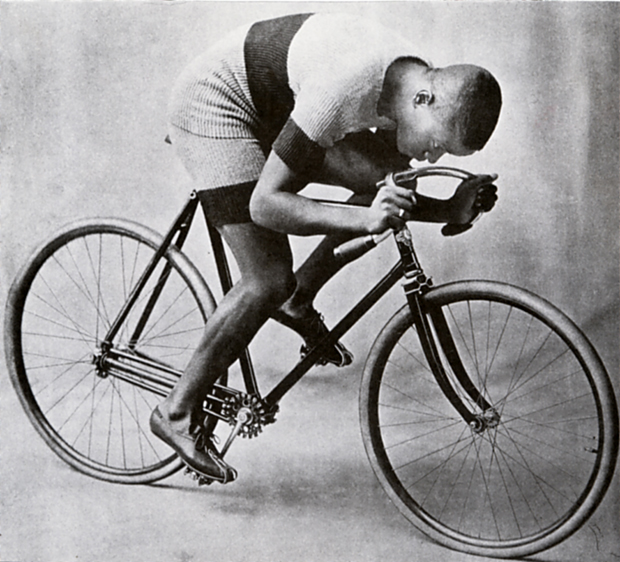 If you are unfamiliar with Ritchie’s biography, the author has thoroughly researched the life and career of Major Taylor, spending many weeks with his daughter Sydney, now deceased, who generously shared the late champion’s archive of photographs, letters, scrapbooks, and other memorabilia. His early life, burgeoning cycling career, and numerous championships and world records are chronicled, as are the personal and physical travails and anguish he suffered as a black man competing against angry white rivals. Ritchie tells the story of how this tenacious, principled, and deeply-religious man became a celebrated national and world champion in spite of the nearly overwhelming obstacles he faced. 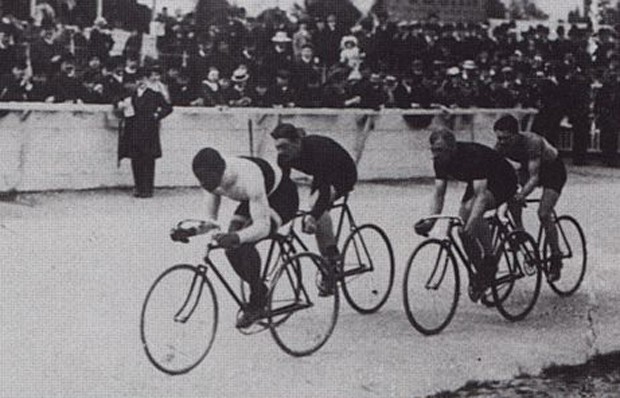 Ritchie begins by discussing an era that was defined by Victorian moral standards and the growing pains of the Industrial Revolution in America. Although African-Americans had been emancipated, social and economic parity were still a distant dream, and racial discrimination was rampant, even in the North where the Emancipation Proclamation had been supported. Former slaves and their second-generation descendants competed for menial jobs along with white European immigrants. The interracial antagonism extended to sports, the most popular of which was bicycle track racing. 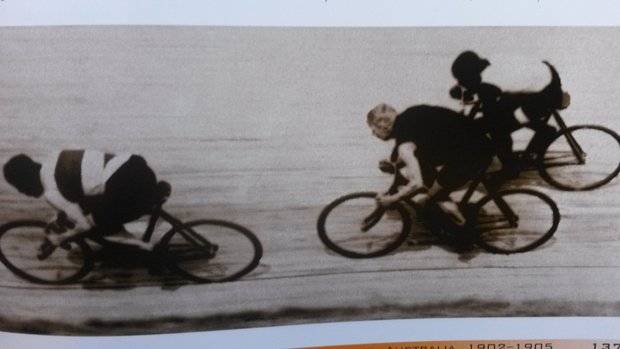 Fans came in droves to watch men propel themselves at breathtaking speeds around the ovals. It was the transitional period when bicycles began to evolve into motorcycles which first appeared on tandems with the stoker operating the power controls while pedaling. It was extremely dangerous work, the steam and early internal combustion motors were horribly unreliable, and a number of stars and pacers lost their lives in pursuit of speed. The fans cheered enthusiastically as the riders jockeyed into position for the final sprint, and the stands shook as the crowd stood and roared when the winning racers crossed the finish. 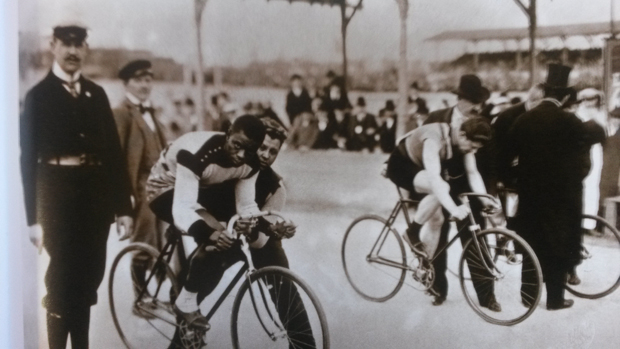 When Major Taylor began to compete and beat his white rivals, the flames of controversy were ignited. Cycling fans in America had mixed reactions to his success on the track, the responses ranging from whole-hearted cheers to boos and bottle throwing. However, when he traveled to Europe to compete against some of the greatest cyclists in the world, he was celebrated and revered. Regardless of the venue, Major Taylor drew racing fans to the tracks. Why, then, do so few people know his name? Ritchie hopes to make the general public aware of his achievements, the magnitude of which is astounding when one considers what he might have accomplished if he had been playing on a level field. Instead, he was refused lodging in hotels, physically and verbally attacked, and his opponents worked together to defeat him. Track officials called close races against him, and the southern tracks excluded him altogether. He was forced to train in the north on cold, icy roads during the winter or on rollers instead of on the warmer thoroughfares of the south where his very life was threatened. This book is a “must read” for anyone who loves cycling to truly appreciate its rich history and one of the greatest men who ever raced. 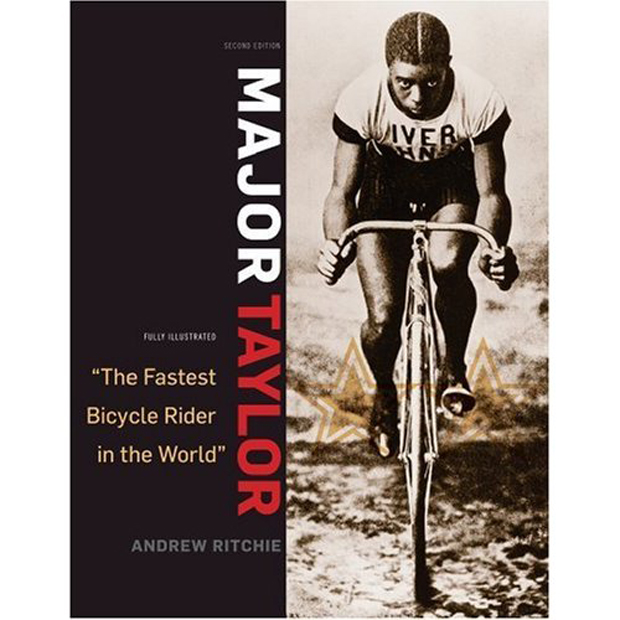 About John
John Howard is one of the pioneers and true legends of American bike racing with palmares including: 3-time Olympian, Ironman world champion, bicycle landspeed record, USA Cycling Hall of Fame, and elite and masters national champion. John is also an active cycling coach and the author of Mastering Cycling. Check out more information about John and his coaching at www.johnhowardsports.com.
Like PEZ? Why not subscribe to our weekly newsletter to receive updates and reminders on what's cool in road cycling?