PEZ Bookshelf: Not Dead Yet

We know of a number of major cyclists who have come back to ride from life-threatening illnesses, whether it be Lance Armstrong’s cancer or Alberto Contador’s brain aneurysm, but very few who struggle with potentially life-threatening diseases. Enter Phil Southerland and his story about how one very willful young man has overcome diabetes to live normal life – as a pro bike racer.

“Not Dead Yet,” by Phil Southerland and John Hanc

Pro cycling is a brutally hard endurance sport that rewards the ability to endure pain. We all thought that the 2011 Tour de France was particularly accident-marred when in fact the number of riders who crashed out was, in the end only, average. Riding with an injury is difficult enough (who can forget patched-up King of the Mountains Johnny Hoogerland still riding after his epic encounter with a barbed-wire fence?)…can you imagine riding with something like diabetes?

Phil (short for “Philpott,” yes, really) Southerland was born in Florida in 1981 and soon after his birth his mother noticed health issues that doctors could not first identify. At the age of seven months, he was diagnosed as having type 1 diabetes, the youngest case ever seen in the hospital. His family was told that he could expect to suffer from blindness and kidney failure by the time he was 25, if he lived that long. His mother promptly took up the challenge of learning everything she could about the disease and organizing her, and her son’s world, to meet the requirements imposed by diabetes. As her marriage ended through the alcoholism of her husband, she was thrown onto her own resources and enlisted the assistance of everyone who could be of help. 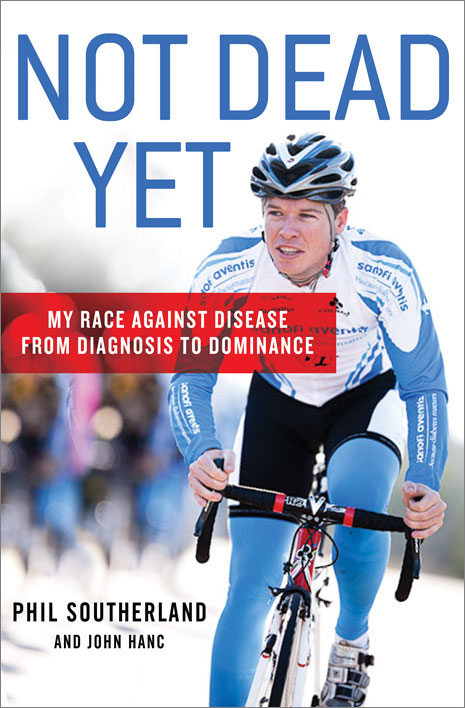 By the time he was five, little Phil was administering his own insulin shots and able to balance his body’s requirements for sugar and insulin. And while the first part of the book deals with the disease and its control, it is apparent that his mother’s determination that he survive is matched by his own. But as he grows up, there is charm in the recounting of his childhood in Tallahassee, which, except for the odd episode of insulin shock or hypoglycemia, seems pretty normal.

Although small, he is an aggressive competitor and enters sports through an early enthusiasm for racquetball. He discovers the new sport of mountain biking and begins racing, the butt of friendly jokes by older riders but soon winning their respect. He is not afraid to tell stories on himself, even if they are not very complimentary, and his wry humour is entertaining. As a young mountain biker, he goes to watch the roadies at the Twilight Criterium in Athens, Georgia wearing a red and green Mohawk haircut made rigid with white glue, commenting to his friends how ridiculous road cyclists look in their Spandex. 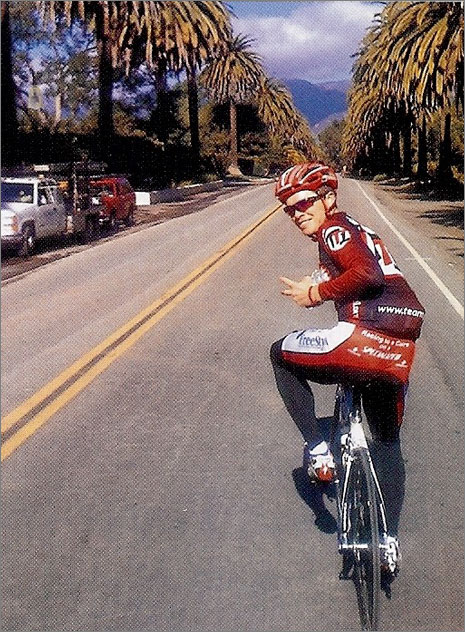 But, soon enough, he moves from the dirt and rocks of off-road to the challenges of pavement and becomes a quite successful racer, although one of his friends remarks in this book that his results came more from hard work than natural talent. He is the kind of person who refuses to be told there is something he cannot do and goes to prove it can be done.

Somewhat self-centred and, outside of racing, aimless, his life changes when he meets another cyclist who is also a diabetic. Clearly not the Type A personality that Phil Southerland is, the new friend is not very careful about managing his diabetes and becomes inspired by Southerland’s care in being “the CEO of his own body.” Surprised to find himself a role model, Southerland changes his life as he realizes he can help others with the same issues.

The result is Team Type 1, surely the only pro bike racing team named for a life-threatening disease. The team, which includes riders with the disease, first achieved attention with a second place finish in the team category at the Race Across America in 2006, followed by wins in 2007 and 2008. The purpose was not to show that diabetics could simply ride in an endurance race, but that they could win it. The team was invited to the Tour of California, and with a teammate, Southerland became the first diabetic to compete in a top-level race. The team is hoping for a Giro d’Italia invitation and potentially the Tour de France in a few years.

The team is competing in pro events around the world with some degree of success but Phil Southerland no longer competes due to a leg injury. Nonetheless, he has come into demand as a speaker and as the manager of the organization, which maintains a website with information on the team and on diabetes, which may be found at www.teamtype1.org. 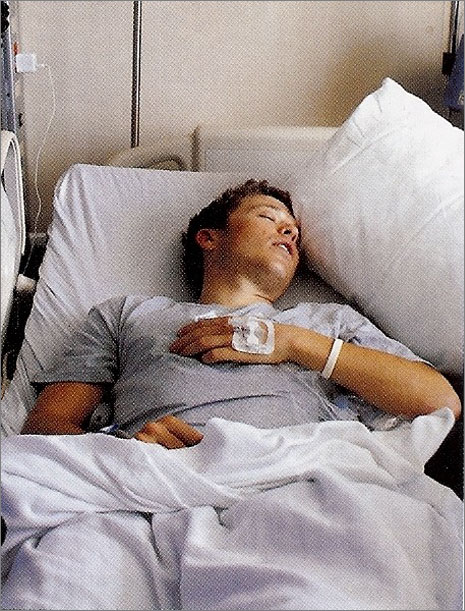 For the readers of PEZ, the accounts of his races and the origins of the team are entertaining but the story of his maturing into an adult and finding a cause to champion is an absorbing one. He is generous in his praise of the support and friendship he has enjoyed. He is unflinching in his self-observation (including recent issues with alcohol) but can convey his excitement in reaching out to children with diabetes and helping them cope.

The Team Type 1 organization has extended itself to cover type 2, once called “adult-onset diabetes,” and which is preventable through better nutrition and more physical activity. This is commendable: the Centers for Disease Control estimates that one out of every three children born in the United States since 2000 will become a type 2 diabetic, a veritable epidemic. Diabetes will also continue to grow as a major health issue in the developing world and Team Type 1 is working to bring diagnostic products and medicine to countries such as Rwanda. Impressive new technologies have been developed by pharmaceutical companies, including Abbott, the big sponsor of the TT1 RAAM efforts, and Sanolfi, the current title sponsor of the pro racing team. However several times in the book Southerland notes that young diabetics have to somehow find $800 every month to cover the cost of their treatment, although he does not touch on wider issues of health care costs in the United States. The book includes a chapter of suggestions on how diabetics can manage the disease. 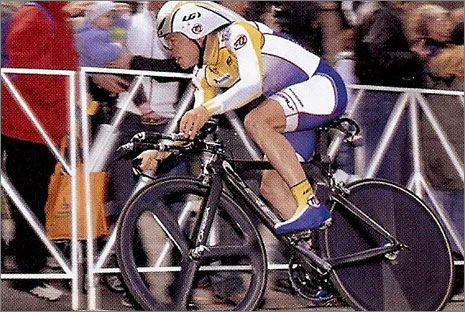 Written with the assistance of John Hanc, “Not Dead Yet” is an enjoyable and positive read, perhaps more evenly written than the best-selling Armstrong book, but is marred by the occasional editing oversight. Tension is “palatable” rather than “palpable,” someone named Carlos “Sister” apparently won the 2008 Tour de France, and duct tape is sometimes the admittedly-friendlier duck tape. These pedantic quibbles aside, a worthwhile addition to the cyclist’s bookshelf. It also includes good advice about not cutting the lawn with a hangover.

***
When not attempting major bicycle repairs with duct tape, Leslie Reissner may be found looking good in Spandex at www.tindonkey.com