PEZ Bookshelf: Queens of Pain – Legends and Rebels of Cycling

Book Review: Is there a reasonable explanation why so little attention is paid to the ladies in cyclesport? A book from Rapha.CC by Isabel Best brings new light to half-forgetten epic tales of women on wheels, women of enthusiasm, competitiveness and athletic accomplishment equal to any male counterpart. 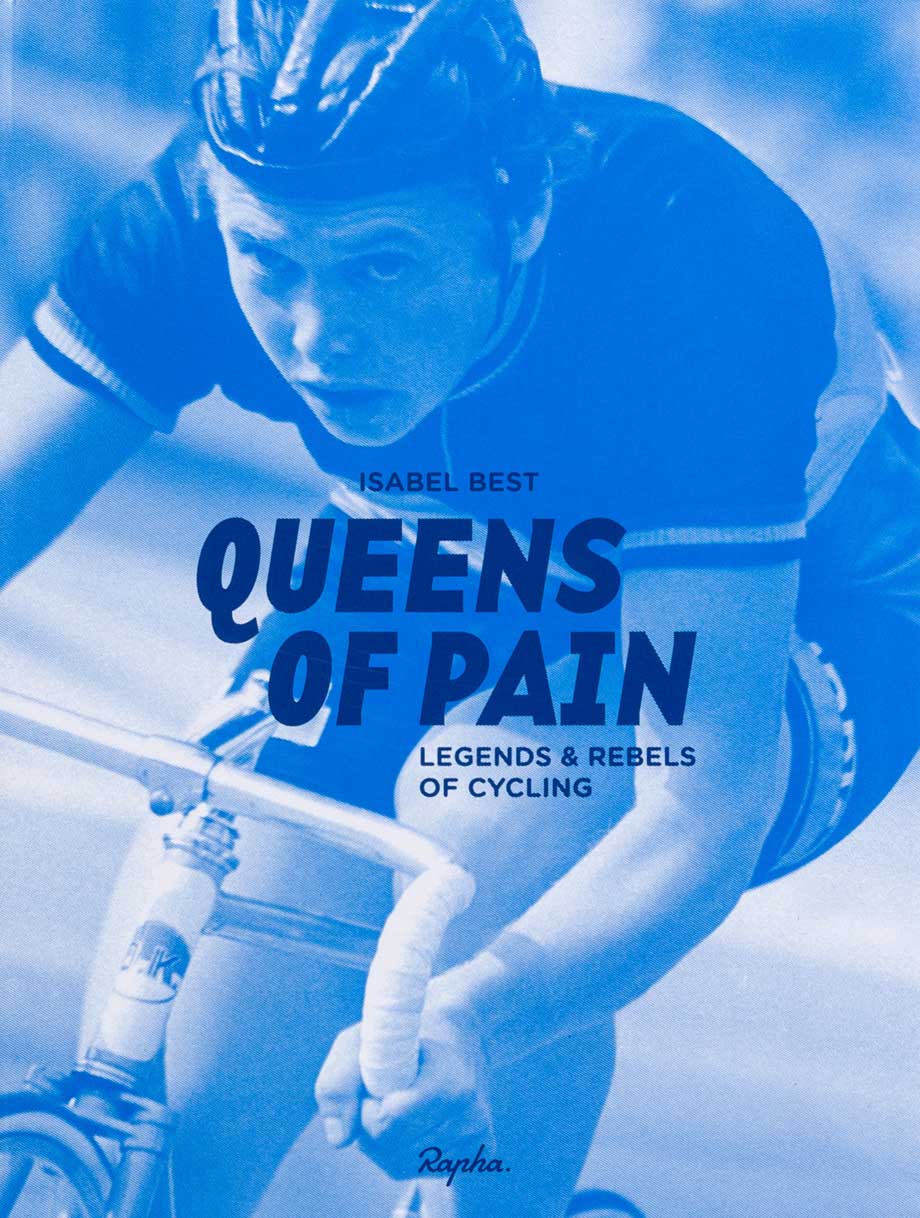 One can only love the uppity women featured in “Queens of Pain”. The bicycle mania of the 19th Century changed life in many ways, notably for women, who now found a degree of independence previously unattainable. Naturally, as bicycle racing began to evolve, these emancipated women now looked at what was happening on velodromes and tracks in Europe and North America and wanted to participate in the excitement. Needless to say, this caused considerable consternation but the sheer force of personality shown by the women profiled in the book is remarkable. Well-written, its calm text belies an undercurrent about just unfair bike racing has been to women. For those of us who love cycling, it is painful to read how fellow-enthusiasts were punished, ridiculed, ignored, or treated like some kind of circus sideshow because they too loved to ride. This is not a history of women’s golf or tennis. 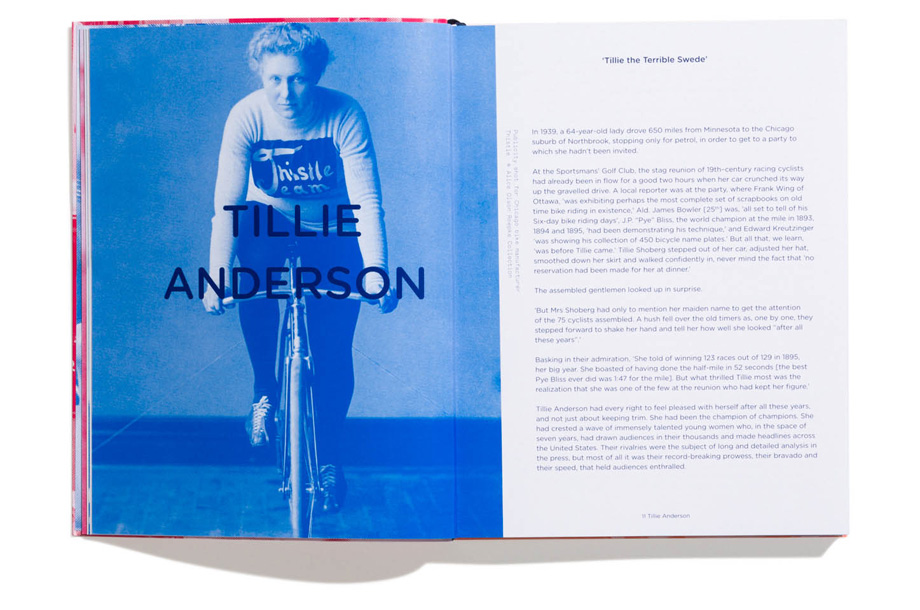 The book begins with cycling’s pioneer period, with the earliest subjects being Tillie Anderson, a truly amazing Swedish-American woman who barnstormed throughout the United States in the late 1890s. Based in Chicago, which saw material evidence of the bicycle boom as the number of manufacturers there grew from 4 to 25 from 1890 to 1896, she was a fierce competitor. From a poor-paying seamstress job, she quickly found sponsorship that essentially made her a paid professional. After some success in record-setting century rides, she embarked on a circuit of Six Day Races. In 1896, she rode eight of them, winning seven, and winning 14 of 16 “match races” she entered. The next year she won 28 of the 30 races she entered. By 1898 she was unbeatable, winning all 19 of the Six Day Races she entered. Her career ended in 1902, when her supportive husband/manager/coach/fan died and cycling declined rapidly in fashion. Thankfully she kept detailed scrapbooks of her accomplishments. Tillie Anderson lived to be 90 and was the first female of the 19th Century inducted into the US Bicycling Hall of Fame. 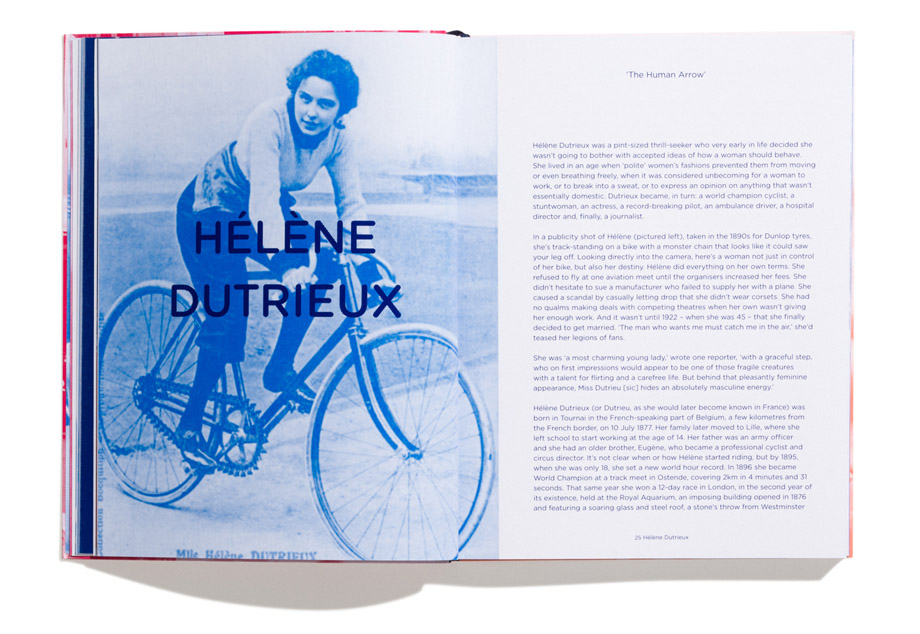 Héléne Dutrieux was a Belgian woman who springboarded from bicycle racing to motorcycle stunt riding to flying, becoming, in 1910, the fourth woman in the world to obtain her pilot’s license. This was a time when any kind of flying was dangerous and required considerable nerve. 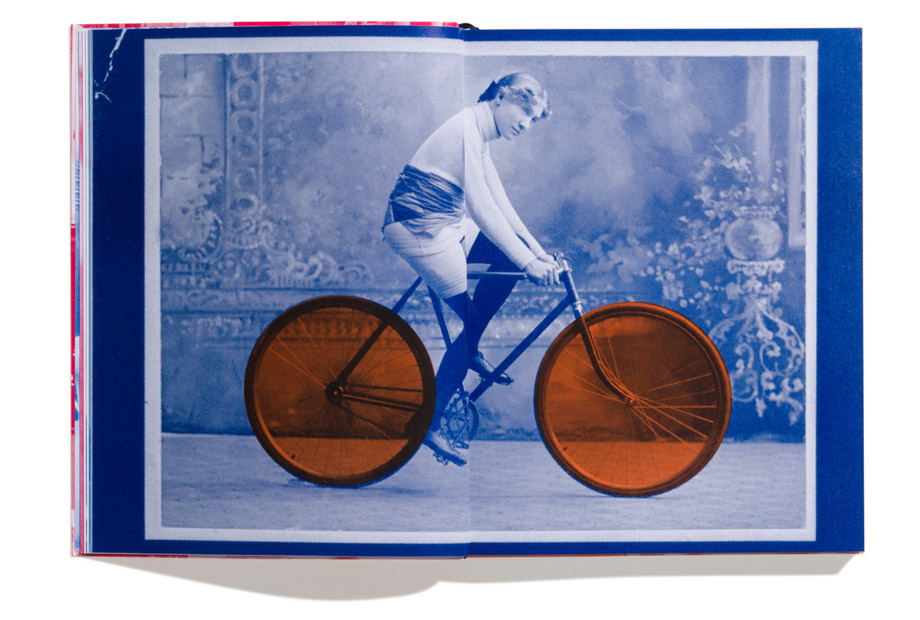 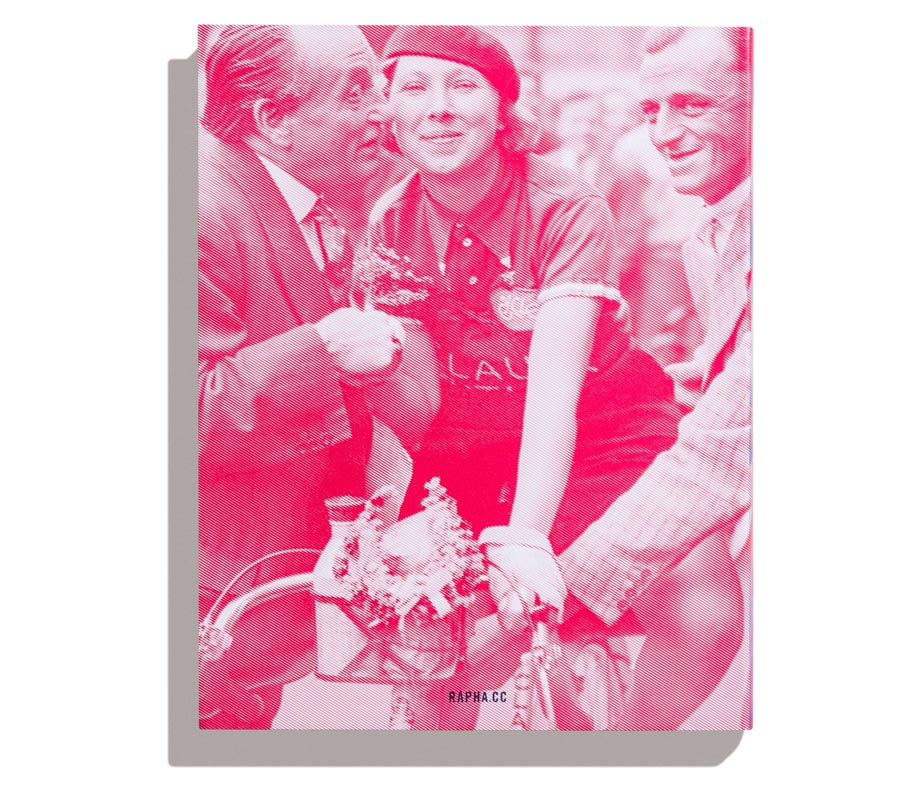 For cycling triva it is hard to beat the question: how many women of competiting in one of cycling’s Grand Tours? Only one—Alfonsina Strada. She was raised in rural Italy and had no use for the conservative mores of her environment, striking out on her bicycle and winding up at the Giro d’Italia in 1924, where she was the big attraction that year. Her story is better-known than the two British women featured in the next sections of the book: poster girl Evelyn Hamilton, a colourful type with something of an invented history and an enthusiastic collector men, and the strikingly beautiful Marguerite Wilson, who set a record in the famous Land’s End-to-John O’Groats ride in Britain, along with numerous other cycling accomplishments. 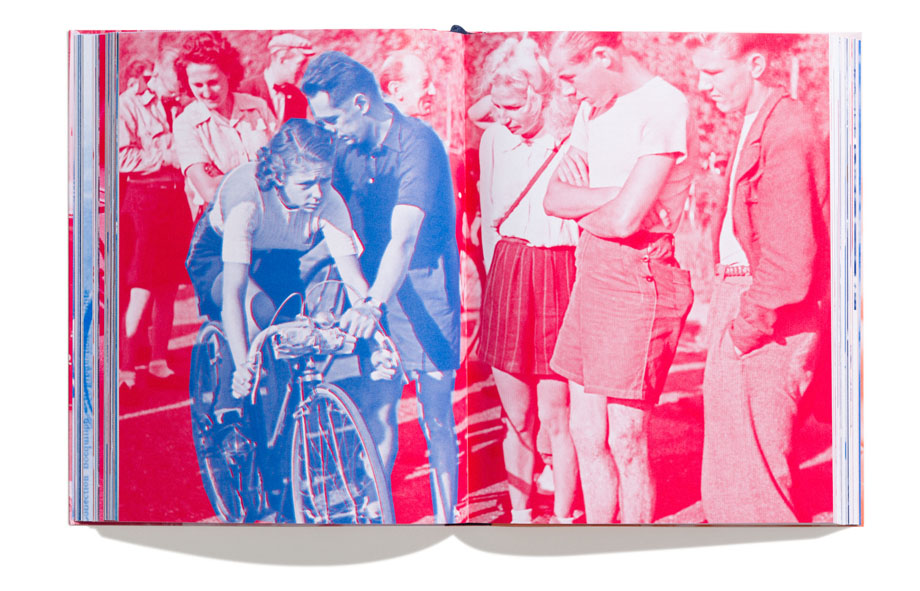 British cyclists were in general hampered by their weird rules about road racing so racing in the United Kingdom was focused on record-setting distances and time-trialling. As an outpost of the British Empire, this tradition also was followed in Australia and women made their mark in distance racing there and get a section of “Queens of Pain” on their own. 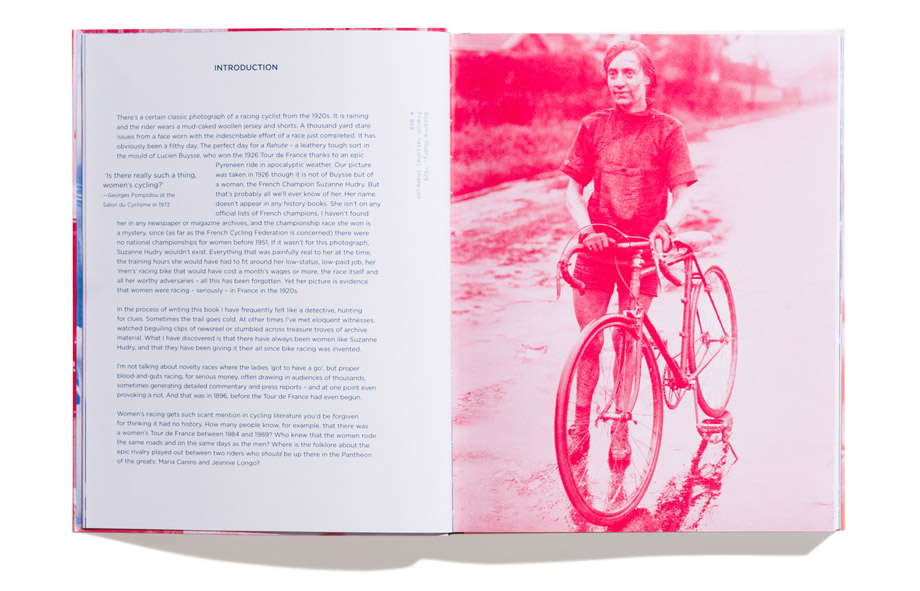 Moving into the 1950s and 1960s, the names of the women become more familiar and great opportunities to race now presented themselves as well. These are European riders—British, French, Dutch and Luxembourgoise. Their stage was World Championships, both on the road and on the track although it should be noted that there was no Women’s World Time Trial Championship until 1994, although the road version began in 1958—only 31 years after men began competing for the rainbow jersey. For those unfamiliar with it, the story of Yorkshire housewife Beryl Burton is one of the most amazing in cycling—how does one surpass 96 (!!) national titles? Riding in the Grand Prix des Nations and riding so fast that upon her arrival at the velodrome finish nobody was prepared for her. 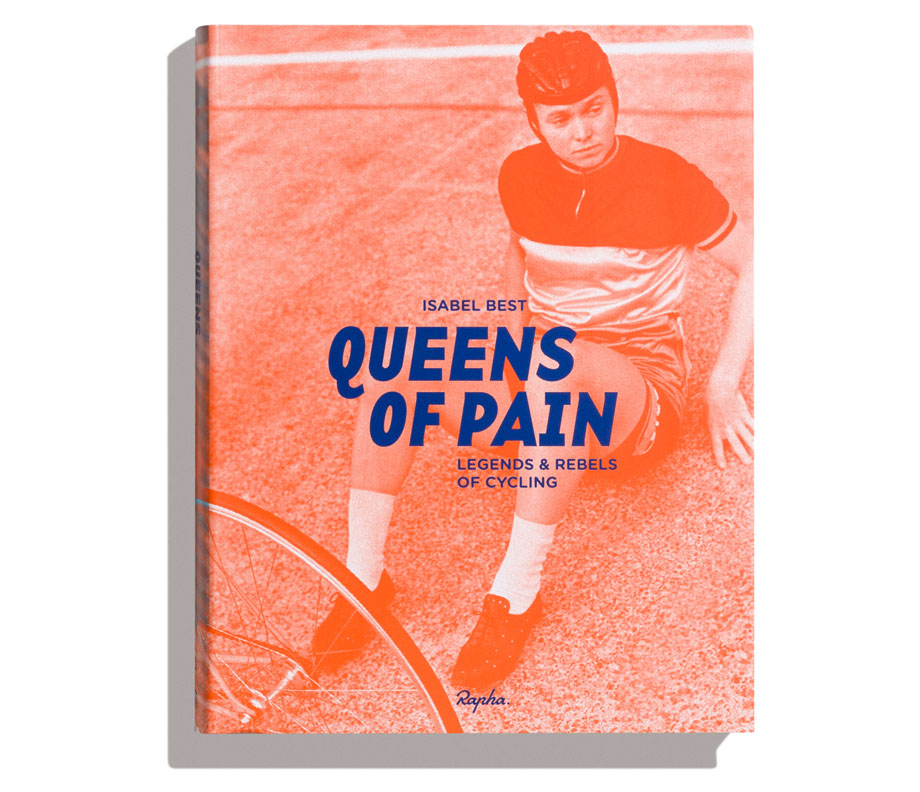 Russian women were very successful in the early years of the World Championships, but it is unlikely that anyone could better the story of Lubow Kotchetova, who survived the Siege of Leningrad with her family, and put aside her ambitions to become an actress when her cycling ability was noted. She went on to break 8 world records, win 16 Soviet Union national Championships and 24 Russian ones before an accident in 1953 came close to killing her. Given a week to live, she rallied but was barely able to speak and was partially paralyzed for six months. Yet she came back to win a national title in 1955 and then, in 1958, took the gold in the 3000 m pursuit at the world championship in Paris. 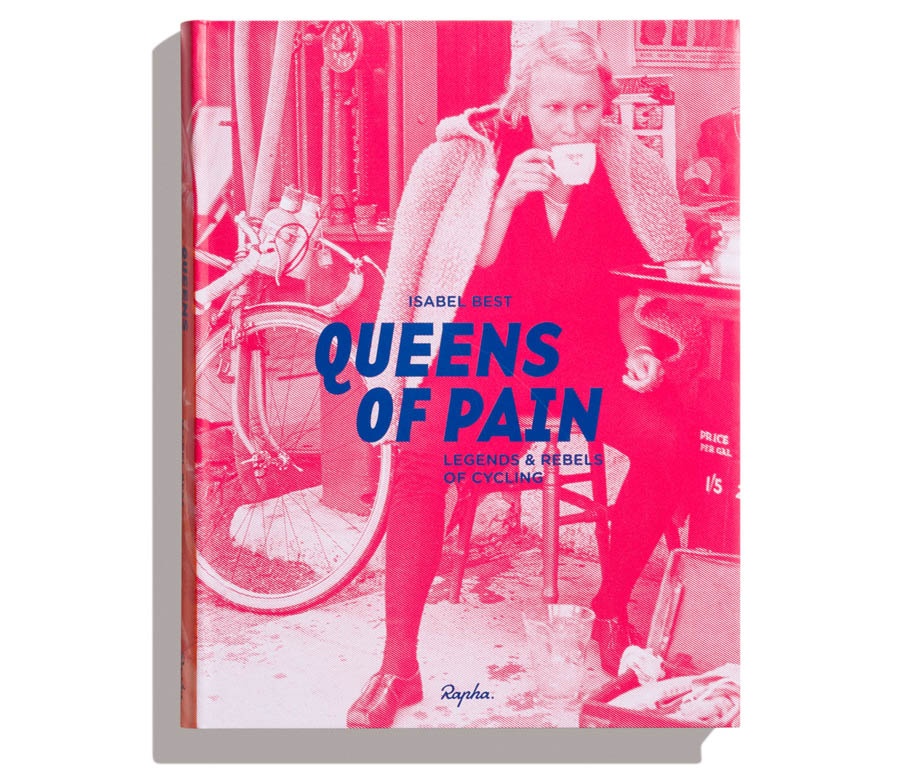 In 1969 Audrey McElmury became the first American, male or female, to win a gold medal in the UCI World Championship road race. Who remembers this—unlike LeMond’s and Armstrong’s wins? The women in the last section of the book take us into a more modern era but one is still struck by how difficult circumstances were. A point made in the book is that in the 1980s and 1990s there were a number of women’s stage races introduced—all of them are gone now. The inaugural women’s Tour de France in 1984 saw its winner, American Marianne Martin, receive $1,000—after she had paid $450 out of her own pocket to fly to France. 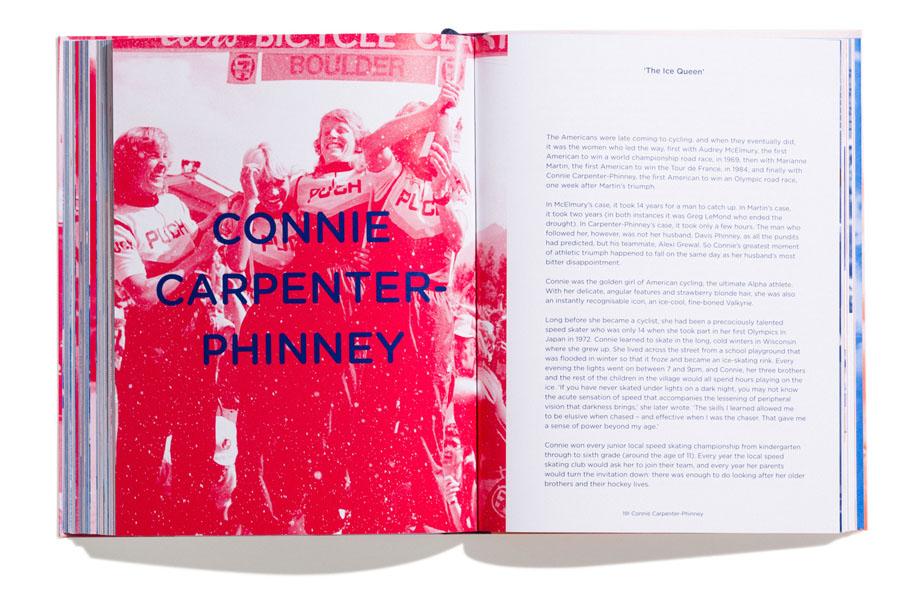 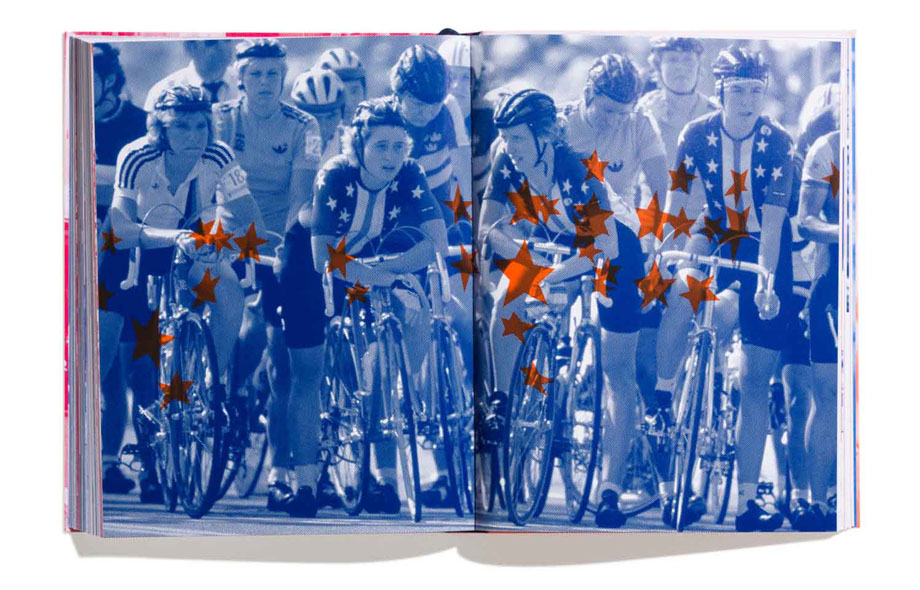 The 1984 Olympics in Los Angeles was a showcase for American cycling talent as Connie Carpenter and Rebecca Twigg took gold and silver in the road race but one reads of a lack of support and institutional organization that only makes this accomplishment even more impressive. Of course, no book on women’s cycling can ignore France’s Jeannie Longo, described often as the female equivalent of Eddy Merckx. A truly relentless competitor, her career went from 1975 to 2012, and saw her compete in seven Olympic Games, take the One Hour Record, and win eight world championships on the road and as a time triallist, to say nothing of national championships. Her reputation is clouded by well-founded suspicions of doping yet her currrent pariah status is probably more severe than the treatment accorded to male cyclists. 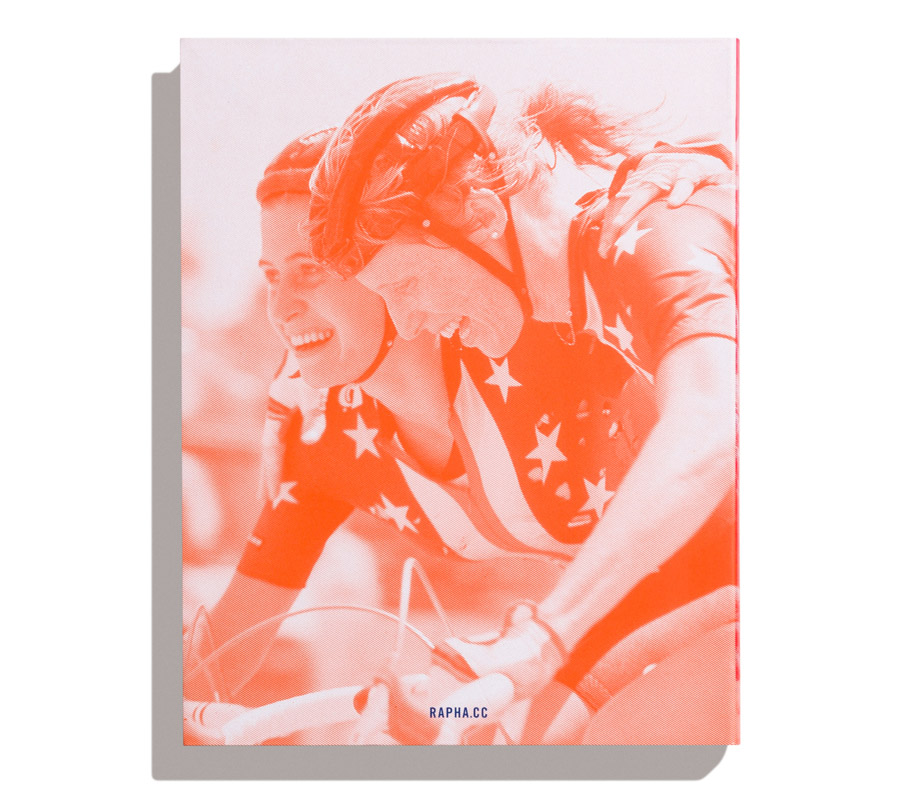 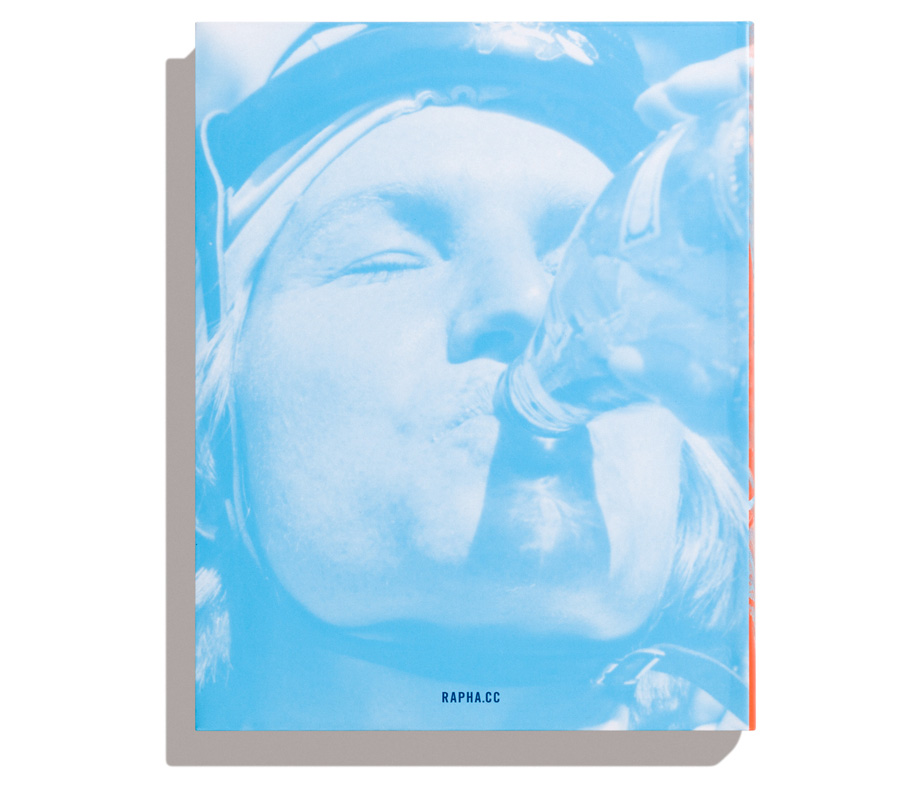 “Queens of Pain” goes up only into the 1990s and its subjects are women who made their marks on the road or track. Women continue to strive and struggle and one should not overlook the current accomplishments of cyclocross and mountain bike riders, along with an impressive group of track specialists. However, this entertaining book shows us that there are people who should be legends of cycling but given society’s views on feminine behaviour, the lack of a stage to shine on, and outright hostility from racing officials and male competitors, the barely-remembered women featured in “Queens of Pain” deserve our attention and admiration. Read and be astounded. 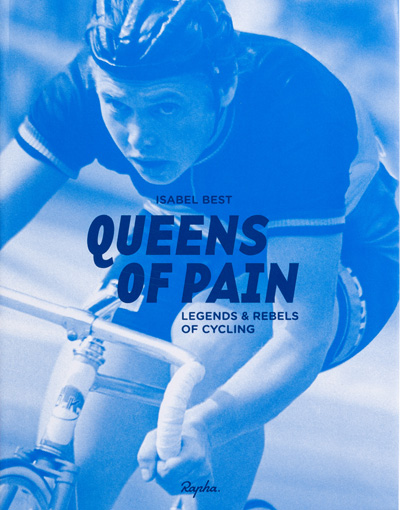 When not reflecting on his lack of national titles, Leslie Reissner may be found at www.tindonkey.com wishing the Ida-Ore stage race would return.