PEZ Bookshelf: ‘Raincoats are for Tourists’ – The Racing Secrets of Raphaël Geminiani

“Le Grand Fusil” – The Big Gun – they called him and he is still firing away after all these years. Raphaël Geminiani was a talented albeit hotheaded pro racer before becoming a brilliant albeit hotheaded Directeur Sportif and definitely qualifies as a Character from the Golden Age of Racing. His wit and wisdom can be found in a charming little book from Rapha Editions and when he says: “Cycling is something I know a little about” it is worth paying attention to what comes next. 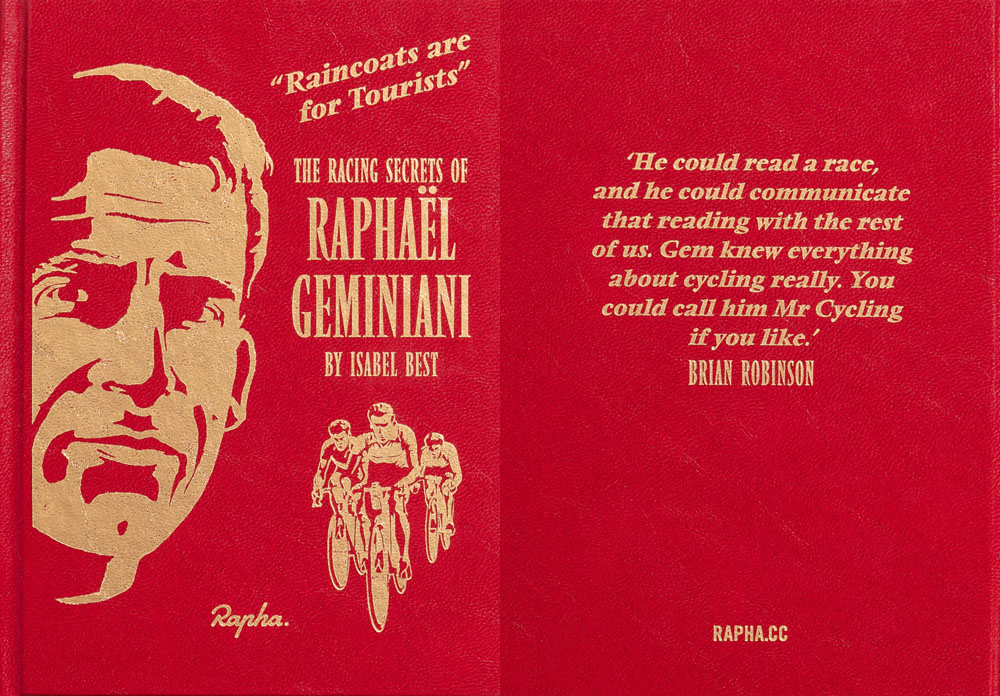 Born on June 12, 1925 in Clemont-Ferrand to Italian immigrants who had come to France to escape fascism, Geminiani’s pro career ran from 1946 to 1960. He placed on the podium in six Grand Tours and was a consistent finisher, winning seven stages of the Tour de France. He won the Mountains Classification at the Tour in 1951 and the same at the Giro in 1952 and 1957 but his only major win otherwise appears to have been his French National Championship in 1953. These palmares do not really reflect what a quality rider he was—looking at 1955, for example, he was sixth at the Tour de France, fourth at the Giro, and third at the Vuelta. 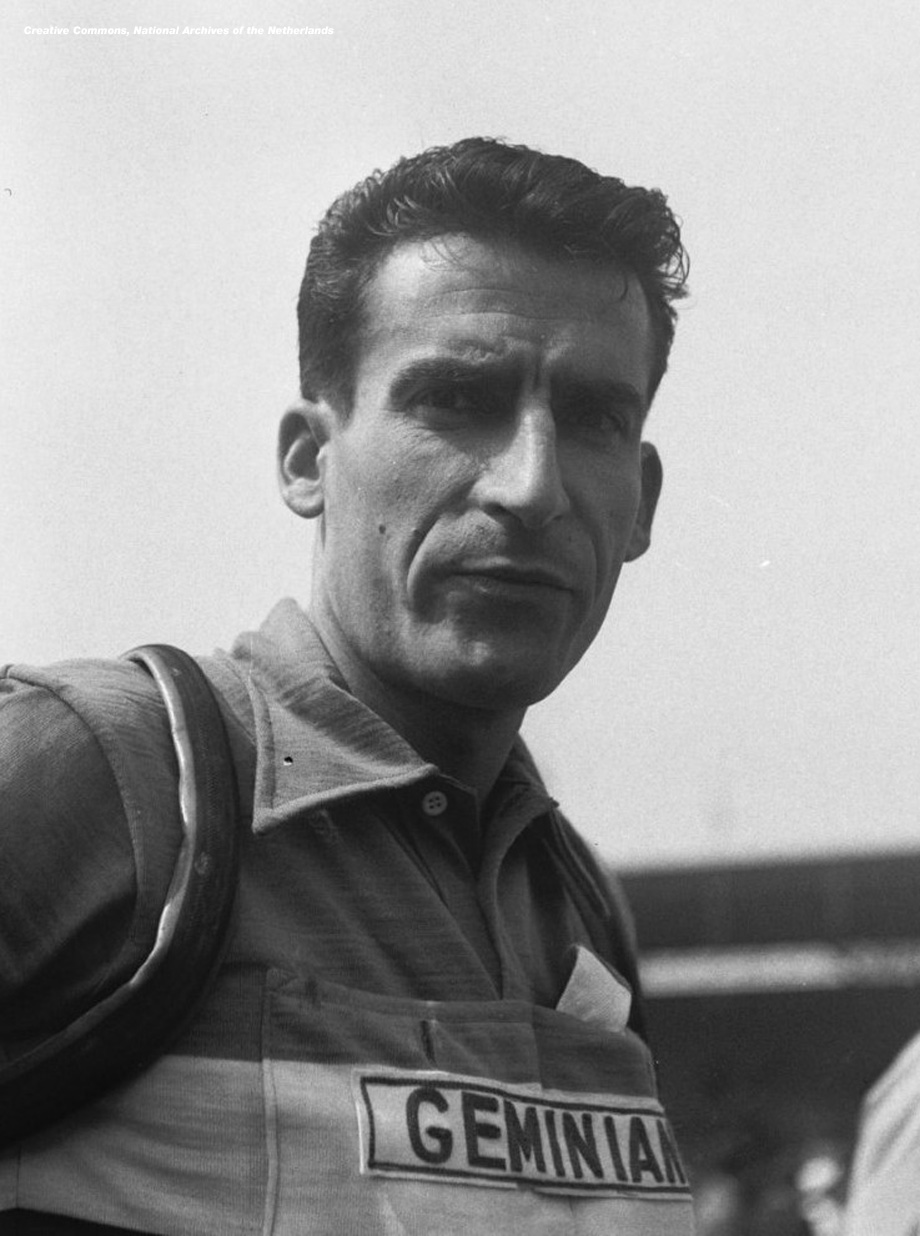 “Raincoats are for Tourists” is a book that includes many quotable quotes from “Gem,” interspersed with helpful commentary by Isabel Best. She notes:

“Raphaël Geminiani rode in an heroic age of cycling, an era that began in 1947 with the first Tour de France to follow the Second World War and which ended, arguably, in 1964, with Jacques Anquetil’s fifth and final victory in the same race. It was not until Eddy Merckx won the Tour in astounding fashion in 1969 that cycling acquired a new generation of superheroes.”

“Geminiani’s rivals included such legendary figures as Gino Bartali, Fausto Coppi, Hugo Koblet and Ferdi Kübler. Their great feats, setbacks and triumphs were quickly rendered iconic by photojournalists, while the great sportswriters of the time—some of whom were also novelists—recounted their exploits in Homeric terms. That era has become the reference for everything that is great and beautiful about the sport of cycling.” 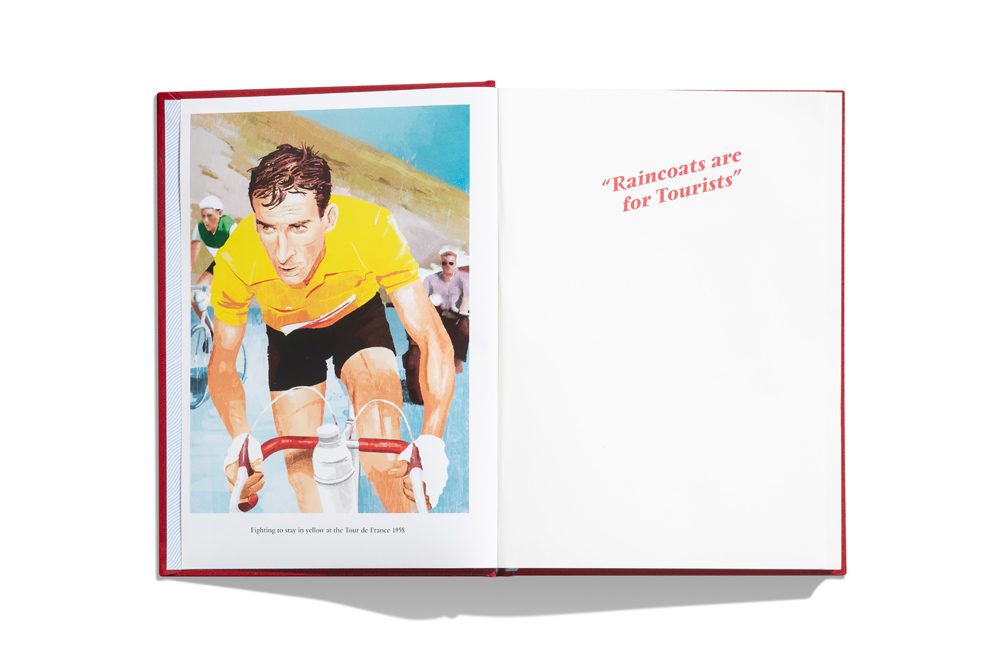 Geminiani is one of the last living links to this period. Federico Bahomontes, “the Eagle of Toledo,” is, at 95, the oldest living Tour de France winner but is not as voluble as the entertaining Gem, who is apparently happy to share his opinions on everything cycling-related. As to the book’s title, in what reads like a throwback to the Edwardian Era, he says:

“Before we put our clothes on we’d smear ourselves in a mixture of olive oil and an ointment called Algipan [a heat rub for treating sore muscles]. We’d rub that in and we weren’t afraid of the cold or the rain. What does a raincoat do for you? Nothing at all, raincoats are for tourists….One jersey with oil underneath is better than four wet jerseys.” 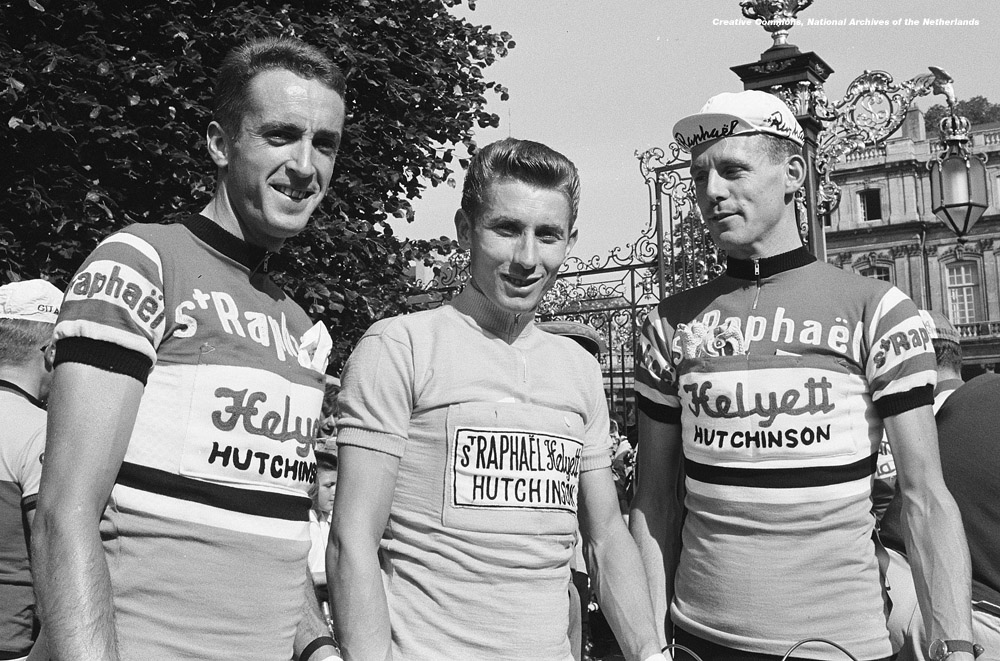 In the book pretty much everything that can be covered in racing is examined, from what it takes to win the Tour de France to Mario Cipollini’s character flaws but more besides, such as the value of family support, eating properly, and the importance of mentors. Because after his racing career ended—and he even reflects on when a pro racer should know when to stop—Geminiani went on to become a remarkable DS, beginning in 1962 with the likes of Anquetil, Altig and Stablinski, and ending in 1985 with Cafê de Colombia-Varra and Herrara. He had great skill in identifying talent and his greatest frustration came when he tried to persuade his team owner to take on young Eddy Merckx as the replacement for the retiring Anquetil and was refused. Nonetheless, “…I think my best memories were as a Directeur Sportif. We won all the races, apart from Paris-Roubaix. We won four Tours de France, two Vueltas, the Giro, Bordeaux-Paris twice, the World Championships, the French national championships five times—we won everything.” He was an innovator, one of the first to bring commercial sponsors that were unrelated to the bicycle industry to support a team. Typically, he did this by bringing the Saint-Raphaël aperitif firm in and as his team was named after himself anyway the UCI could not object, thereby getting funding and canonization at the same time! 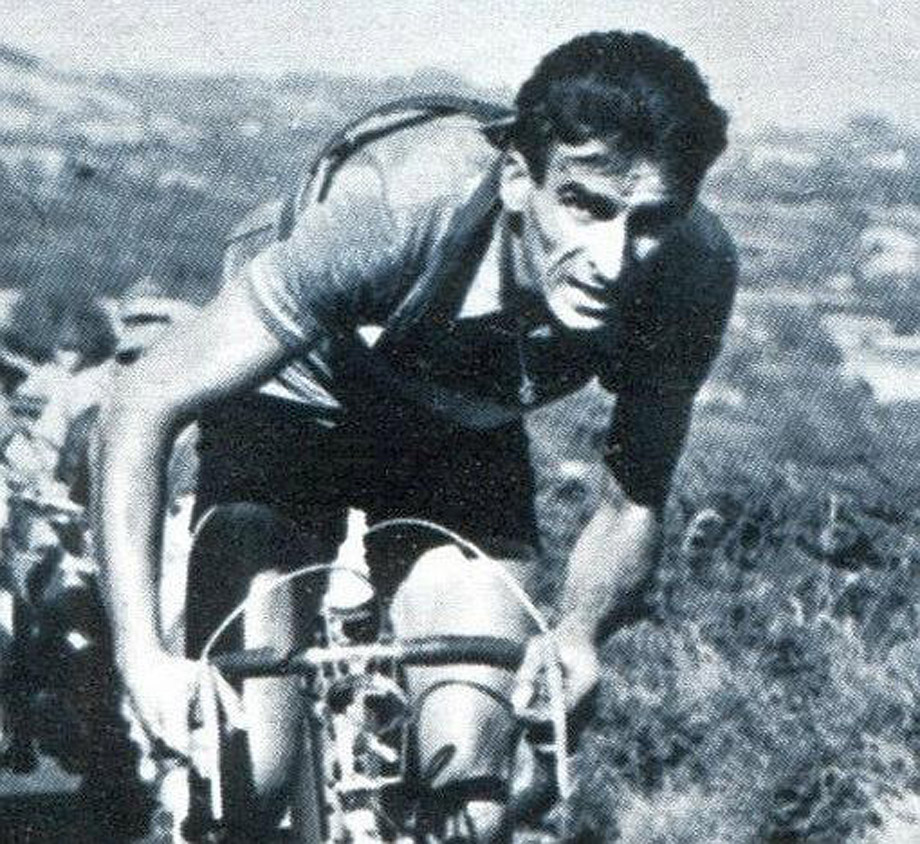 There are moments in the book where one is reminded of that ancient saw that the older a pro bike racer gets, the faster he was. Gem trashes modern racing, claiming riders aren’t willing to suffer anymore, and that he would have been able to ride eight Grand Tours of the modern variety in one year. His views on doping reflect another era as much as his objections to raincoats and riders drinking too much during a race. He is pretty keen on Julian Alaphillipe and Mathieu van der Poel, however. 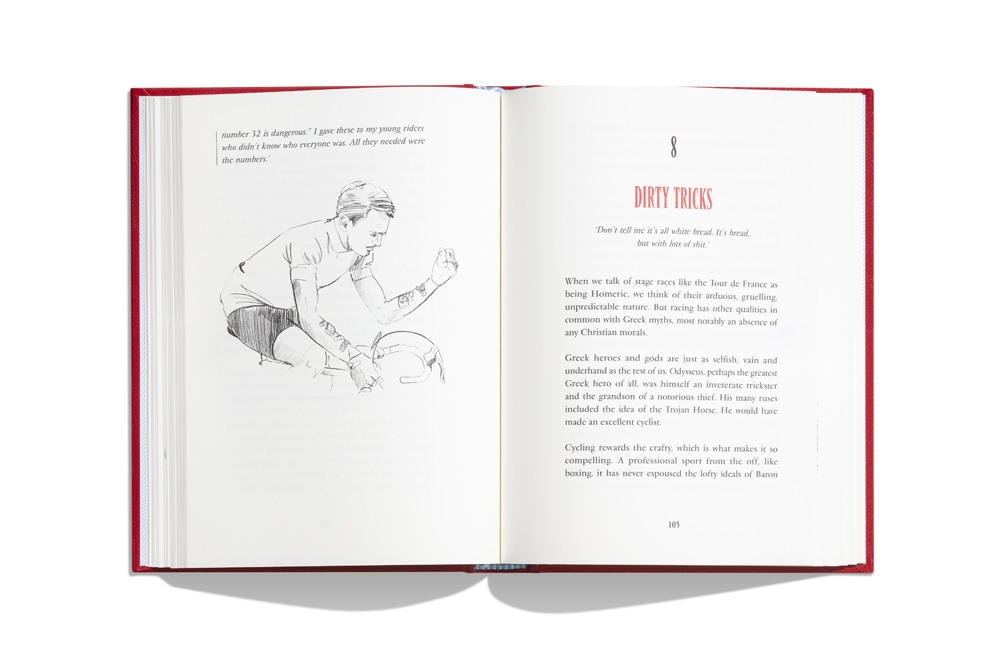 As Simon Mottram, founder of the Rapha clothing firm and an admirer of Le Grand Fusil, notes in the book’s foreword, “His sometimes swashbuckling approach to racing went hand in hand with the time; dastardly acts, dodgy bike changes, hydration and nutrition opinions and a marked ambivalence about drug use. But throughout it all his great spirit shines through.” 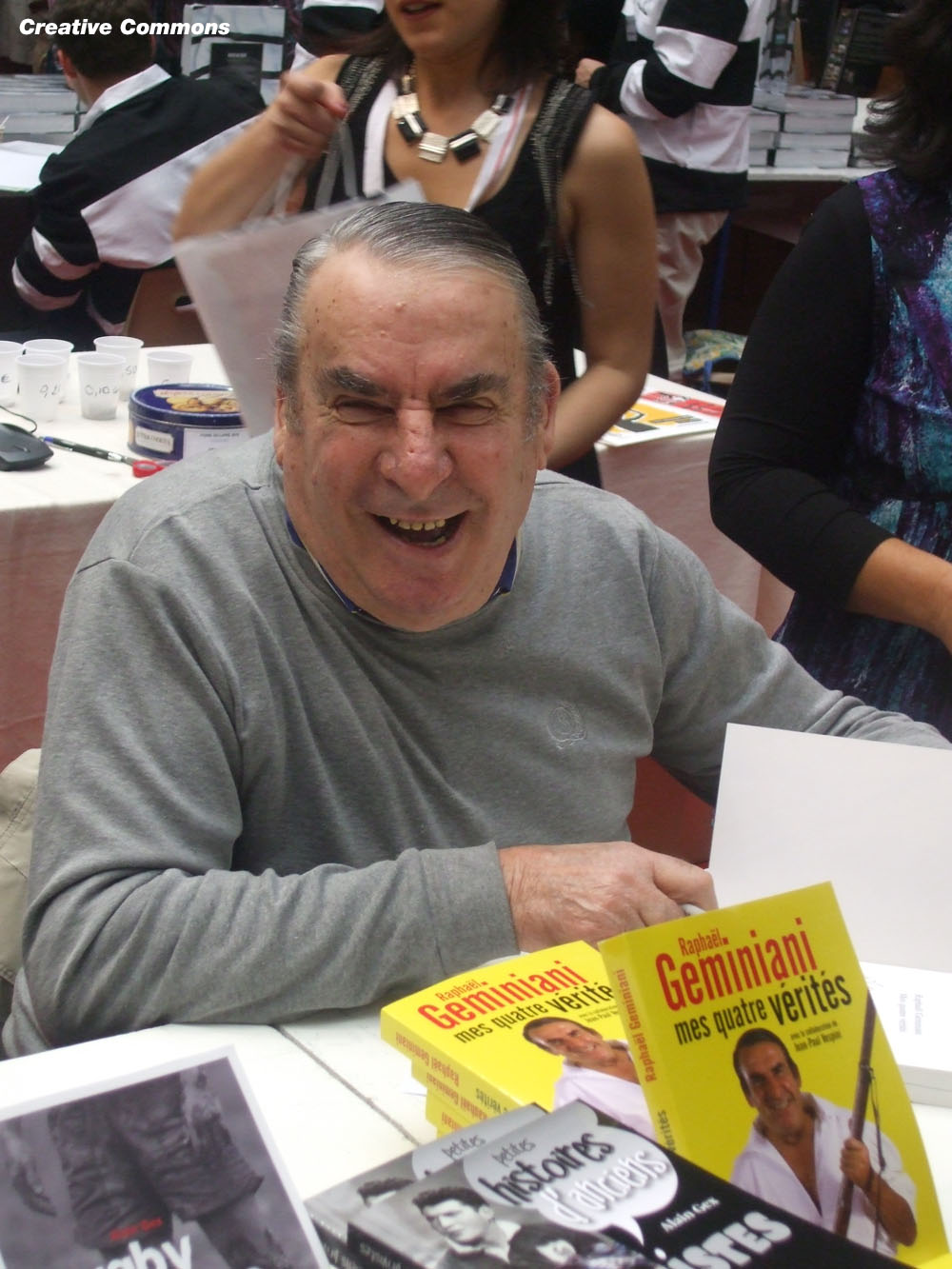 “Raincoats are for Tourists” is a very entertaining (and nicely produced) book that brings to life many of the now-legendary tales of that Golden Age from a true raconteur, a man who was there, larger than life. 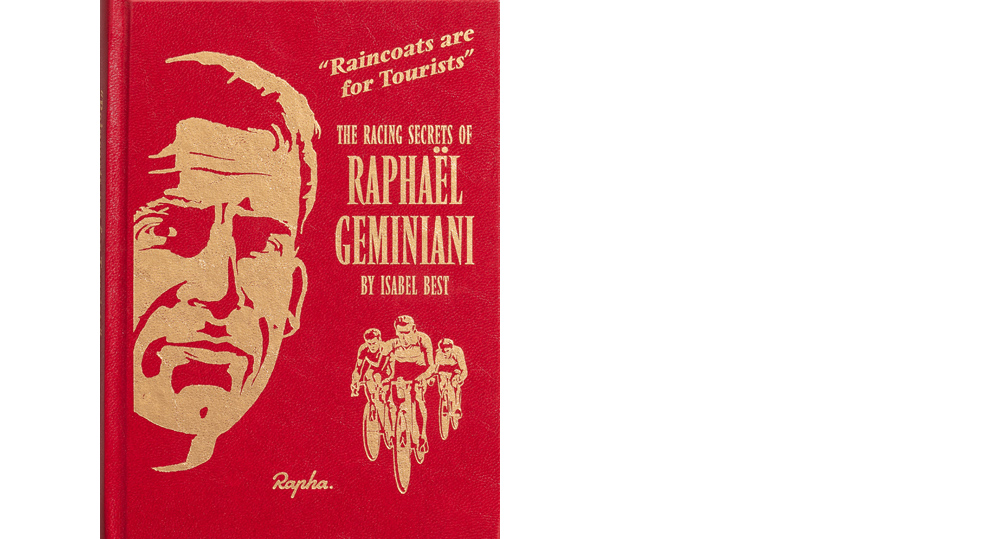