Much of bike racing lore seems to centre around how much participants have to suffer before reaching the finish line, assuming they even make it that far. In the early days events often began in darkness, went over terrible roads and in wretched weather as the cyclists tried to deal with equipment that was not up to the task, hostile fans, and even lack of food. The insanely long stages of the early Tours de France and especially the crazy 1914 Giro d’Italia are well-known but big-time pain has been dealt out in the modern era as well—witness the 1980 Liège-Bastogne-Liège race, when only 21 finished of 174 starters and victor Bernard Hinault still lacks feeling in two fingers due to the cold that day. But for sheer awfulness 1919’s “Tour of the Battlefields,” one of bike racing’s worst ideas, would be hard to top. Almost immediately forgotten, author Tom Isitt brings it back to life in “Riding in the Zone Rouge,” a mixture of history, travelogue and some invention. 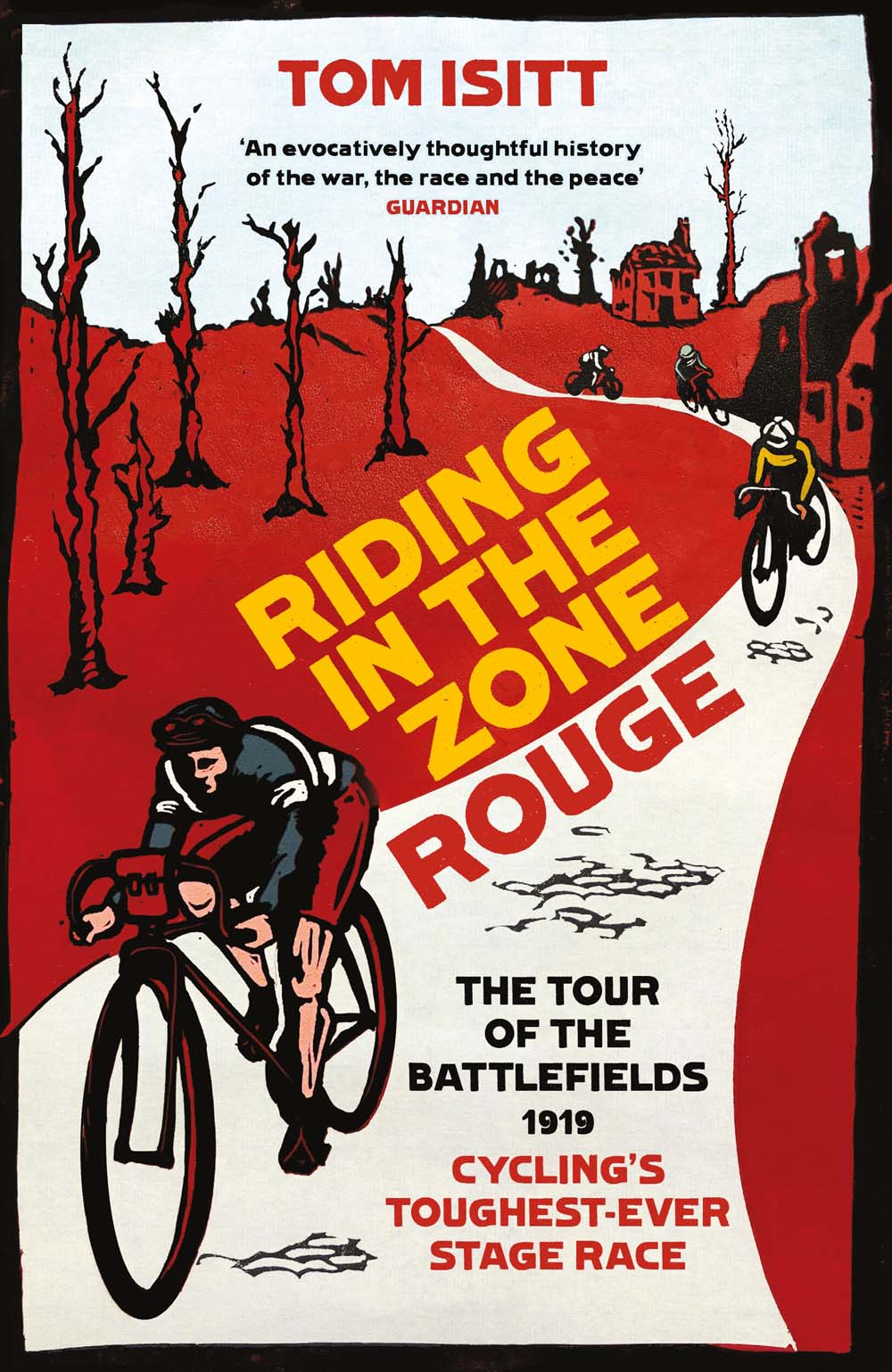 Le Petit Journal was a Paris-based daily newspaper that had launched the Paris-Brest-Paris bicycle race in 1891 and, with a circulation of two million by 1905, was France’s, as well as the world’s, biggest newspaper. But finding itself on the wrong side of popular opinion with the Dreyfus Affair, the newspaper saw a significant decline in the following decades. It was decided to go back to sports as a circulation booster and an “Easter Festival of Sport” was organized, with a range of activities, from swimming to running to motor racing, centred around Strasbourg. The French were keen to emphasize the return of the lost territories of Alsace and Lorraine to the nation after World War I. A 2,000 kilometre bicycle race, Le Circuit des Champs de Bataille, “The Tour of the Battlefields,” would be a highlight, travelling north through Luxembourg and Belgium before looping back into France. The route would pass through regions that only six months earlier had been the scenes of heavy trench warfare. Places with names like Flanders, and Verdun, and the Somme. Germans, Austrians, Hungarians and (probably) Turks were not invited. What could go wrong? 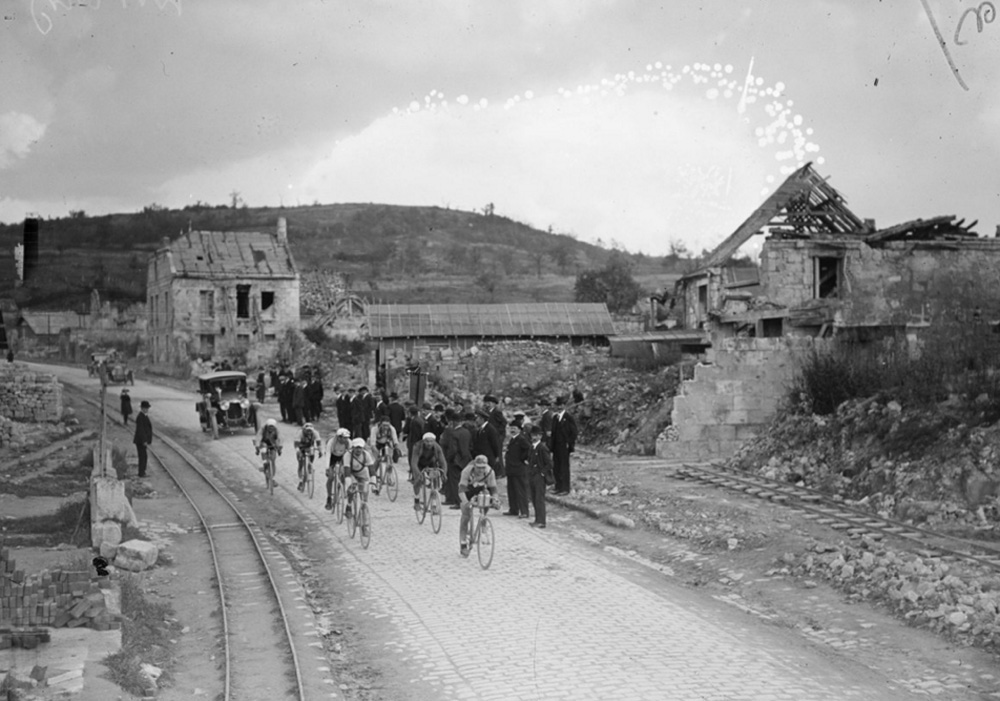 In early April Eugene Christophe did a reconnaissance of Northern France in preparation for the resumption of the Paris-Roubaix race and reported back that in many places the roads were impassable, having been torn up by heavy transport or shells during the recent war. That edition of the race earned it the nickname “The Hell of the North” but for the organizers of the Tour of the Battlefields this information came too late to cancel their event and on April 29, 1919, 87 riders assembled in Strasbourg to compete. 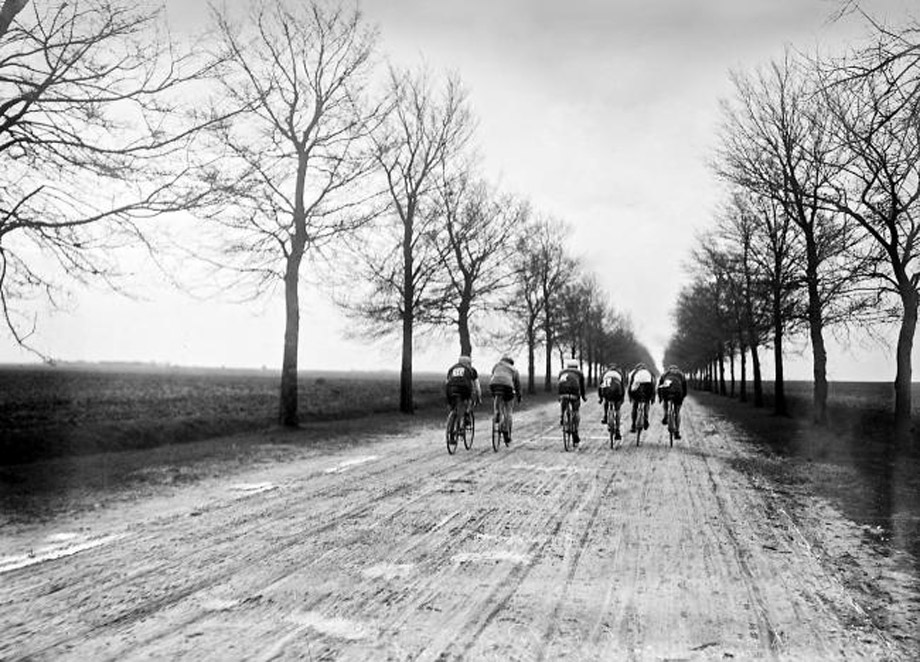 Author Isitt came across a reference to the race in a cycling history book and discovered that very little information is available about what was to be a one-time event. “As a result, the primary source material is limited to brief reports in the organizing newspaper, Le Petit Journal, reports in sports newspapers such as L’Auto in France and Sportwereld in Belgium, and the briefest of mentions in a couple of cycling history books. The event was clearly so horrific for the organisers and most of the participants that they never mentioned it again.” 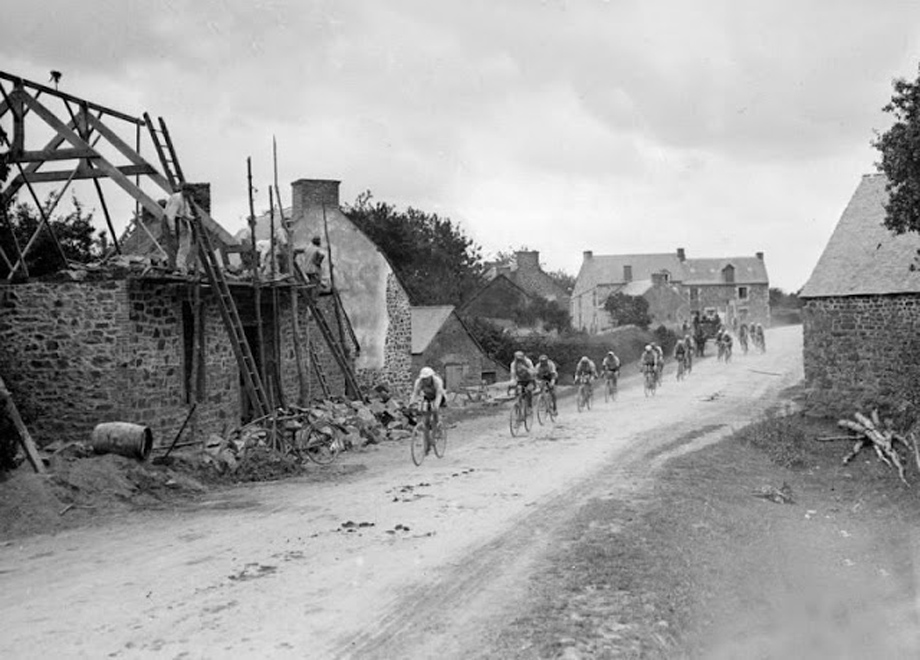 The author not only has an enthusiasm for cycling but is a student of history. His grandfather survived serving in World War I, while his great-uncle Jack did not, so there is a personal interest in what happened on these killing fields. Thus the book is fashioned in layers. One element is the story of the bike race, its participants and their backgrounds. As so little exists about the race, the author has injected life into the story with invented conversations amongst the racers to try and give some atmosphere beyond a recitation of the route and the results of each of the seven stages. The second part is the author’s own experience in cycling 1,200 kms of the race route in 2016, and there is much here of that well-known comical character, the inept but self-deprecating Brit on two wheels (see also: Tim Moore). He fights with his uncooperative GPS, gets lost in snow, gets cold and wet, and crashes, injuring his ribs. Of course, compared to that race in 1919, he admits that riding 70 miles a day on modern roads with modern equipment is not so hard. 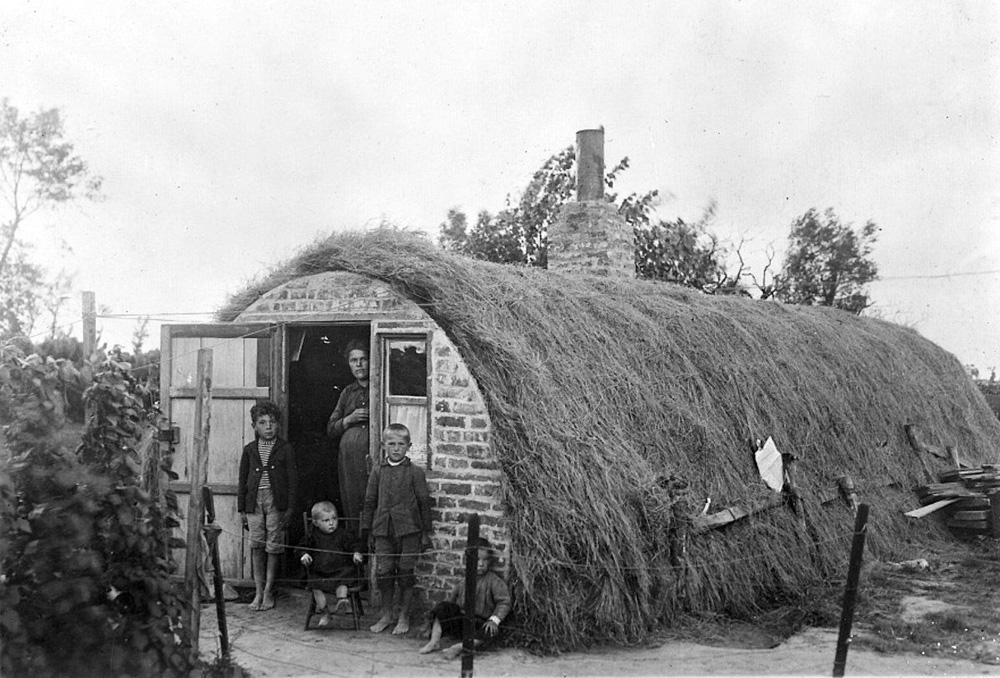 The third element of the book is his exploration of the battlefields and monuments along the race route and he provides a vivid picture of the destruction of the war. French authorities had delineated areas in France as “Zone Jaune,” the Yellow Zone where agriculture could be restarted and inhabitants could return, or “Zone Rouge,” which were so bad they would remain off-limits. The Red Zone was mud, forests of stumps, shattered villages, piles of rusty barbed wire, unexploded ordnance, and dead horses. He recounts the stories of the battles, of the trench stalemates and desperate breakout attempts and incredible loss of human life. It is hard to imagine why someone would consider a bike race through this region to be some kind of entertaining sporting event. Particularly as a number of the riders had only been in uniform, fighting in the same region, a few months before. 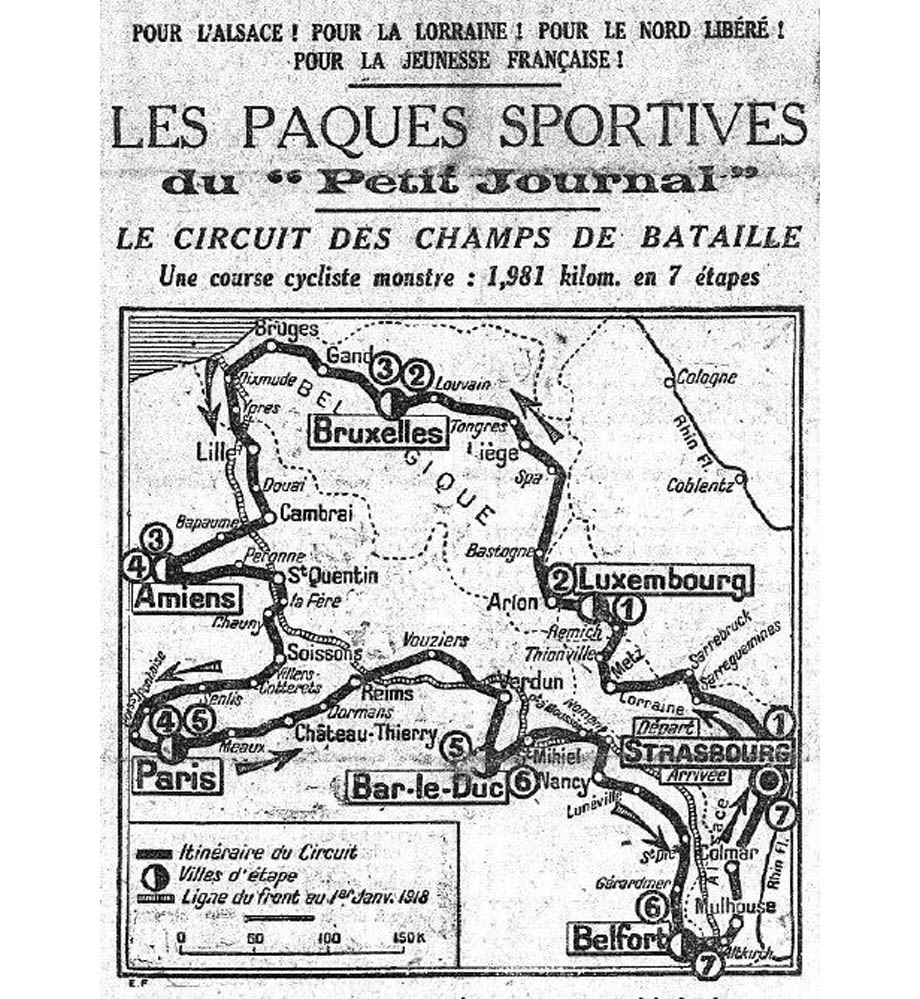 Although accounts of the race are limited, one gets an understanding of how hard it really was, even, as the author posits, the toughest bike race ever. The scenery must have been depressing enough but in many places the roads were simply impassable where they even existed. The Spring weather was not helpful and the riders had to contend with bitter cold and rain, in some cases stage lengths that saw them riding (or dragging their bikes) for 18 hours straight. The riders were an interesting assortment, predominantly from France and Belgium, including Tour de France veterans but also some keen amateurs who must have quickly realized they were in far over their heads. The author has a particular fondness for Louis Ellner, the Lanterne Rouge, who doggedly finished the race, riding a standard bicycle rather than a racing machine, and coming in 78 hours behind the winner at the end. Ellner, from Épernay in the Champagne region (and the family business is still there making sparkling wines!), was a club cyclist who clearly enjoyed his experience, showing up for Paris-Roubaix in 1920, among other races, and last noted in cycling events as a participant at the 1951 Paris-Brest-Paris run. 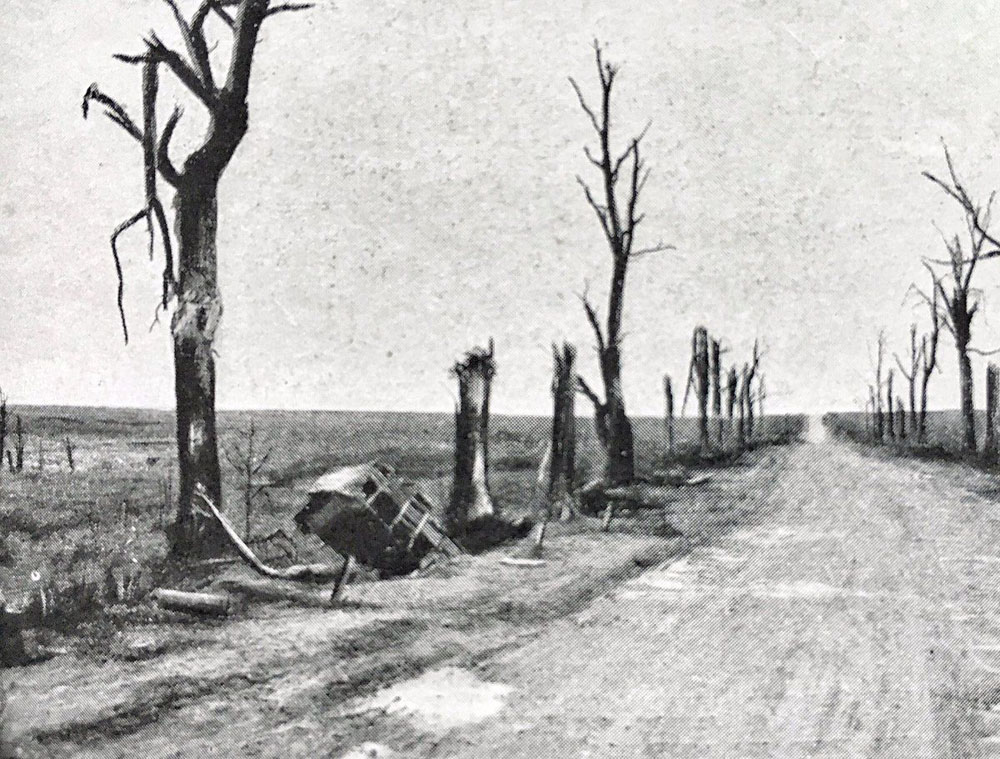 The weather and the road conditions conspired against the Tour of the Battlefields, and even history itself as the race was completely overshadowed by the signing of the Treaty of Versailles halfway through, which was even front page in Le Petit Journal. Only 21 of the contestants who started in Strasbourg ended up there again at the end. Surprisingly, there was a one-day race around the battlefields near Soissons (sponsored by another newspaper) but it too has vanished.

There was a one day Great War Remembrance Race held in West Flanders in 2018 to mark the end of World War I, and while the goal of the race was to safeguard continuing awareness of the Great War, none of the planned further annual editions have taken place. 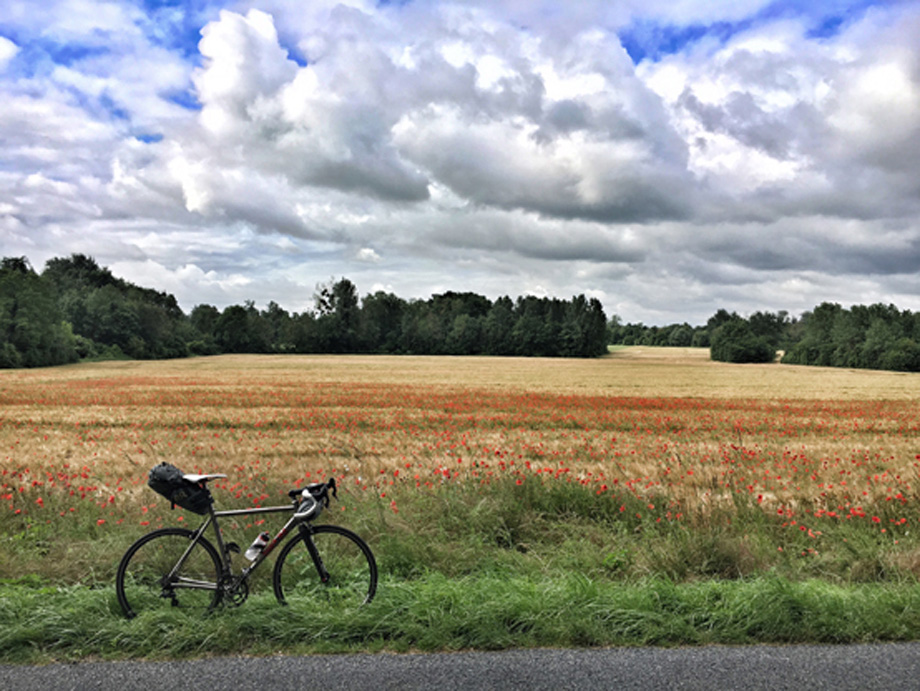 The author clearly read a lot about World War I in preparation for this book, although admitting his interpretations of events are his own. He makes a throwaway comment about Gino Bartali’s World War II activities that seems to have a questionable foundation but his writing about the epic battles of the Great War are sympathetic albeit distressing. His account of his own travels help flesh out to book length a story that would have been pretty short given the lack of source material on the Tour of the Battlefields but also provides some welcome comic relief from the relentlessly grim aspect of the Zone Rouge. The Tour of the Battlefields may be essentially forgotten but “Riding in the Zone Rouge” is a worthwhile remembrance that cycling is always part of a greater world. 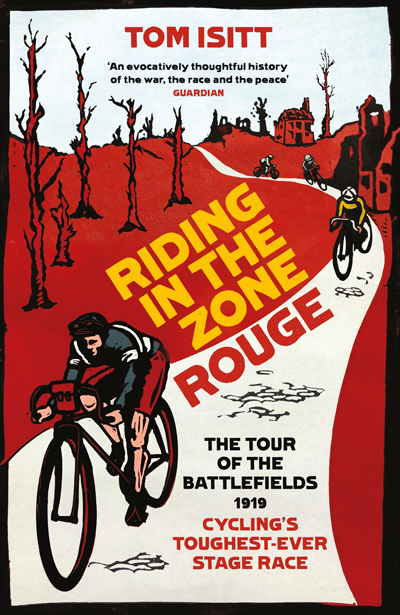 *** You can buy “Riding in the Zone Rouge—The Tour of the Battlefields 1919, Cycling’s Toughest-Ever Stage Race” by Tom Isitt from AMAZON.COM HERE. ****