Philosophy, Meaning and a Life on Two Wheels

Participants in men’s professional bike racing have not been noted for intellectual pursuits or firepower. After all, Laurent Fignon was nicknamed “Le Professeur” not because of his glasses but because he had spent a year in veterinary college, a mark of high education in the peloton. Maybe you don’t have to think much when riding. But in “The Art of Cycling,” perhaps the most unusual cycling-related book we have enjoyed, there is revealed a very different side. 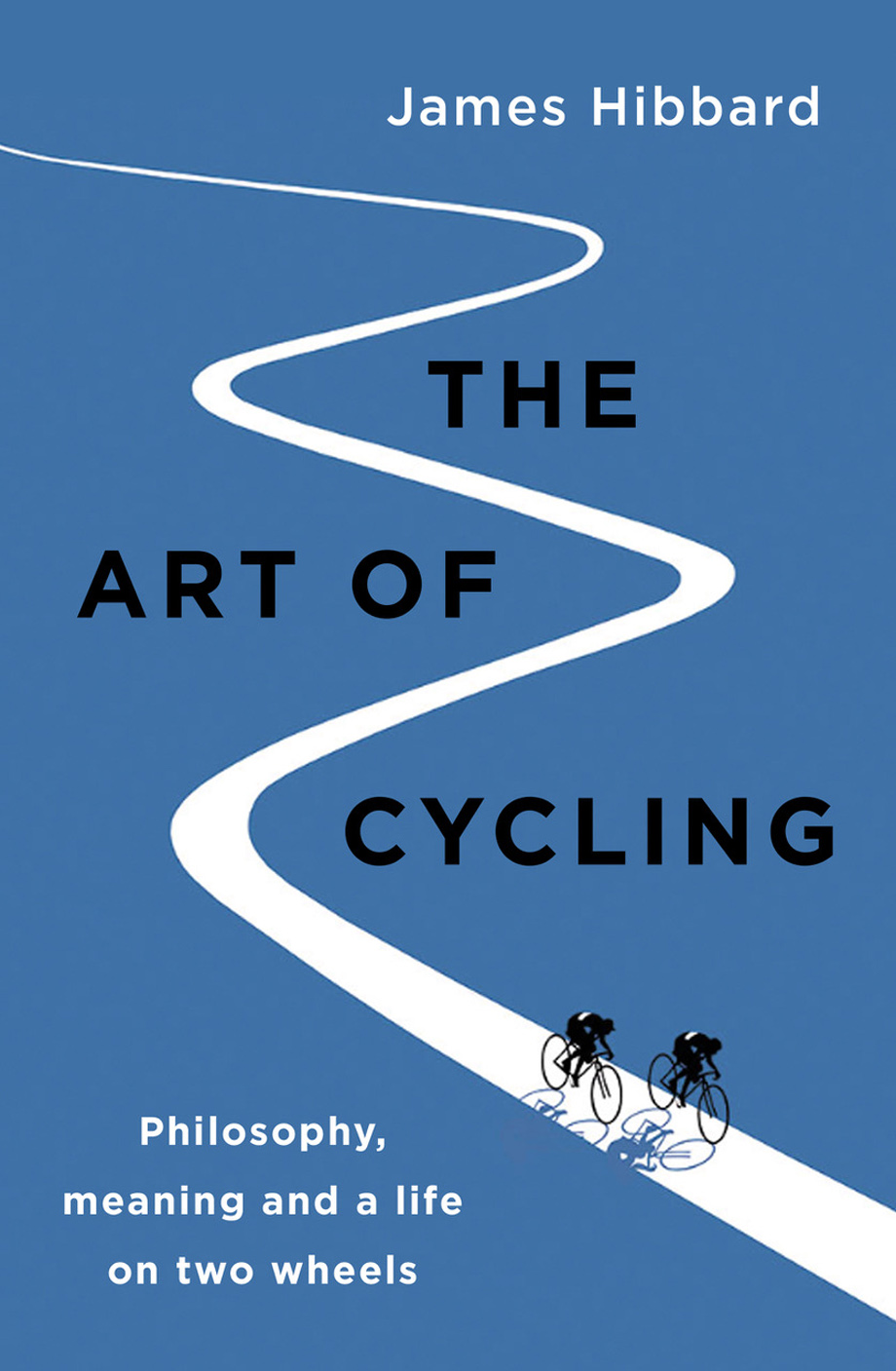 “The Art of Cycling” is an autobiographical work by James Hibbard that revolves around two big influences in his life: cycling and philosophy. No half measures here: he managed to get onto the US National Cycling Team, competing primarily as a track sprinter, and got pretty high up on the rungs of the professional racing ladder in America. Reaching a limit in sports, he subsequently obtained a degree in philosophy at the University of California, Santa Cruz, before undertaking doctorate studies at DePaul University in Chicago and has gone on to a career in writing. 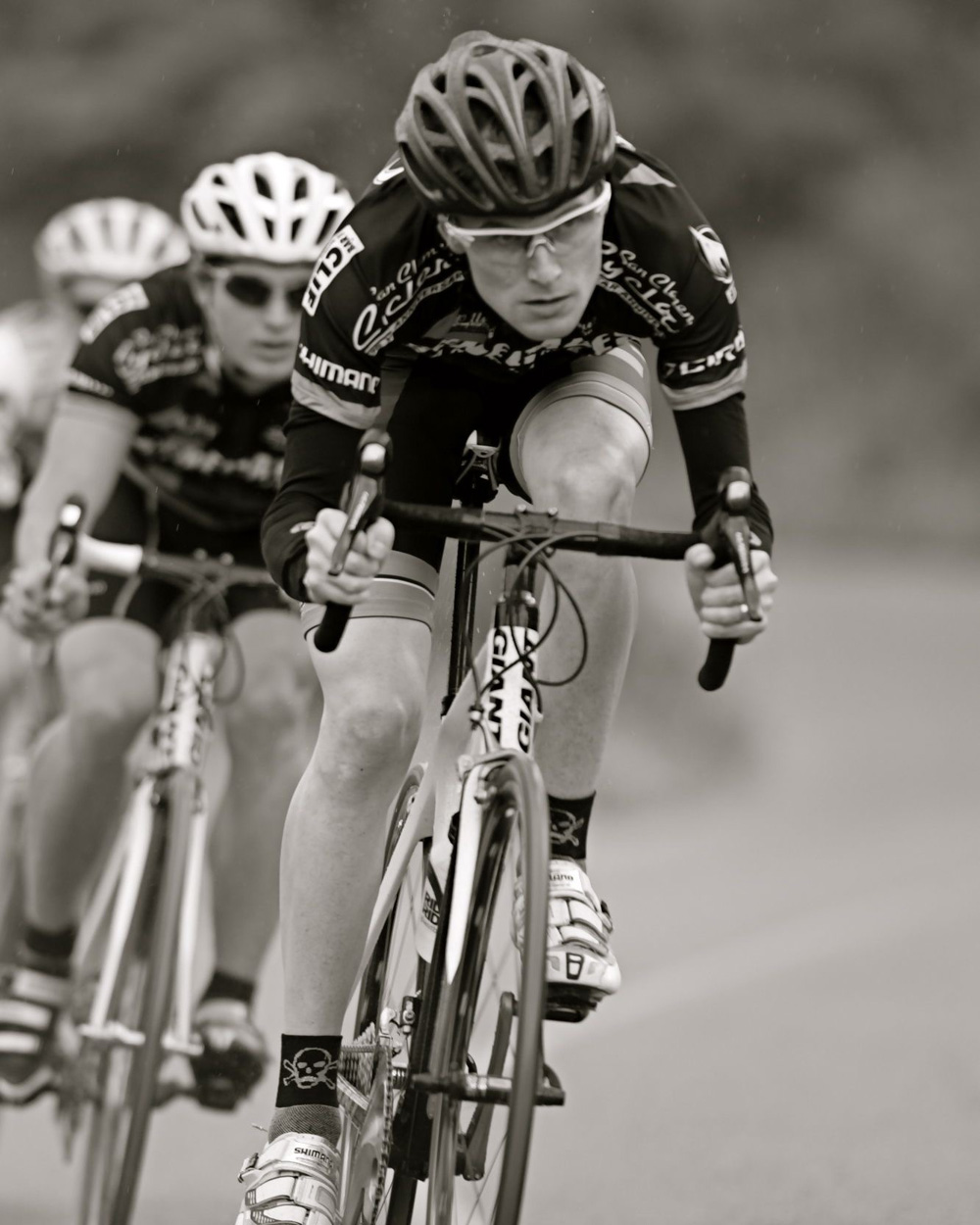 There have been other books that have combined a narrow topic reflected through The Bigger Picture, such as “Zen and the Art of Motorcycle Maintenance,” and we have reviewed “Into the Suffersphere,” linking Eastern philosophy to cycling here. “The Art of Cycling,” simply described, is one person’s account of a three day bike ride with two friends along the legendary Highway 1 in California. (Curiously, the author, born and raised in the Golden State, never refers to it as the Pacific Coast Highway, which is how it seems to be known to the rest of the world). His friends are of long-standing and come from the first part of his life, that of cycling. He had not ridden for a while, and needed to prepare for a trip that promised pleasure but physical challenges as well.

As someone growing up in the cycling wasteland of Canada, it is impressive to see how developed cycling was in California as the author started his career. The generation of Lance Armstrong had clearly inspired many and the infrastructure allowed enthusiasts to dream big. Hibbard’s epiphany began when he road a neighbour’s Schwinn Varsity down the street: “This bike was different—so fast that it felt tantalizing close to the freedom of flying—and riding it was perhaps the most beautiful sensation I’d ever experienced.” 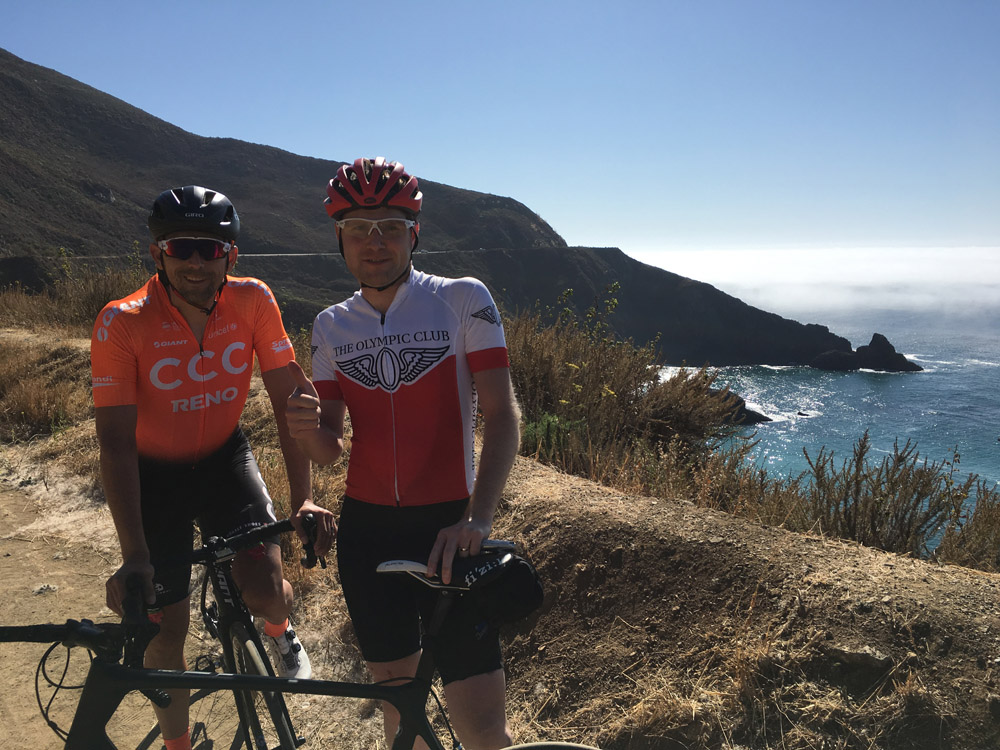 Hibbard’s family story is a troubled one, with depression and suicide and divorce in its background. Realizing he had talent on the bicycle, he began the upward march through the amateur ranks. A big fish in his local pond, winning lots of track events, he affirmed himself through success and eventually attracted the notice of the US National team. His account of training in Colorado Springs indicates where training was in the mid-1990s, following the recipe of the Eastern Europeans but maybe turned up a notch or two. It sounds pretty grim and while he did achieve a degree of success he was not chosen for the Olympic team. There was a short interlude of road racing with two of the top domestic trade teams but realizing he had gone as far as he could, Hibbard hung up his wheels and went to university to study philosophy. He had come to the conclusion that the sport of bike racing, for which he had lived, was irredeemably corrupt.

Philosophy?! When one’s life is totally consumed by cycling, by training, by obsession about food, by equipment, this seems like an odd direction to go. The author and his father had talked about philosophy, which clearly made a major childhood impression on him, and he sought answers to life’s mysteries through Western philosophy, only to discover its limits. Yet, the the bicycle offered a kind of alternative:

“Cycling forced me to reframe the problem itself. In many ways the demands and challenges of being a cyclist were the antithesis of those I found in philosophy. With the solitude afforded by the bike, the questions remained, but I was changed…. Cycling provided an escape hatch from my own head and the bicycle grew to be sacrosanct. Visceral and immediate, riding drew me back to the physical world; the play of the sunlight as it filtered through the leaves of a tree on the surface of the dark asphalt or how the cork tape on my bicycle’s handlebars felt underneath my hands…” 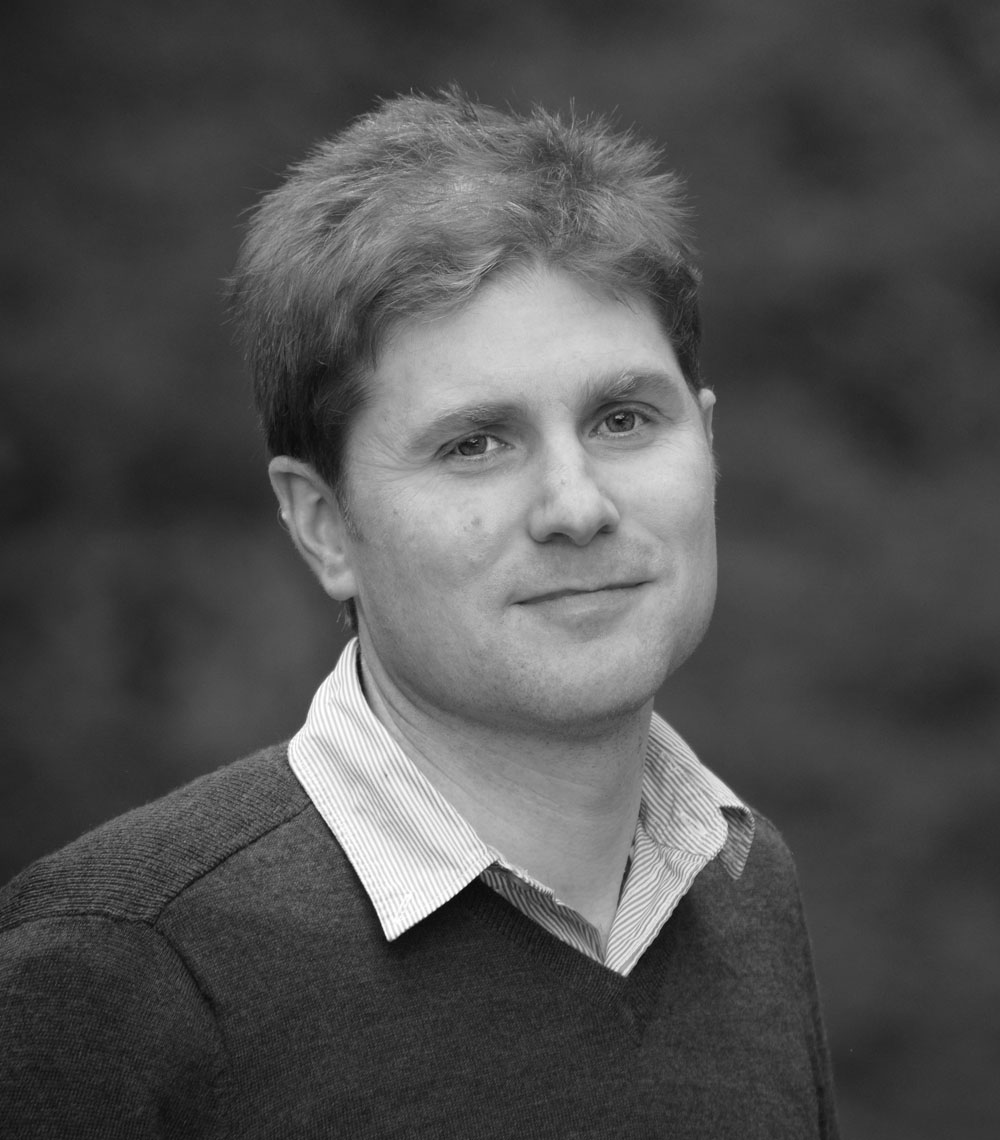 Hibbard’s life became, for a while, one of academia but dissatisfaction with what he saw at university and growing depression force a retreat and reconsideration. Undergoing treatment successfully, he recalibrated his life and is clearly, as a husband, father and writer, in a happier place. And that place included a return to cycling. The trip on Highway 1 is exactly where so many of us would find pleasure: a scenic ride with old friends, calling up the good from the past and testing the legs now and then. With this account, the reader can understand the attractions of riding in California.

His two friends are from his cycling world, both having been racers and while one is does not compete now the other has gone on to become a Directeur sportif of a WorldTour pro team, but the author does not make any remarks about the current state of pro racing. Rather, the story of the three day ride is smoothly integrated (amazingly!) with 2,500 years of Western philosophy and we are given a tour ranging from Plato to French existentialism in clear terms for the most part, although there are passages you will want to read twice. The are parallels drawn with cycling which are familiar to all of us, such as the pursuit of perfection, whether in equipment or the actual riding experience. There is no doubt that there are moments in cycling that are transcendent, when the pedals seem to turn themselves and the bicycle—that object of so much mechanical fiddling and adjustment and expense and concern—suddenly just seems to disappear. 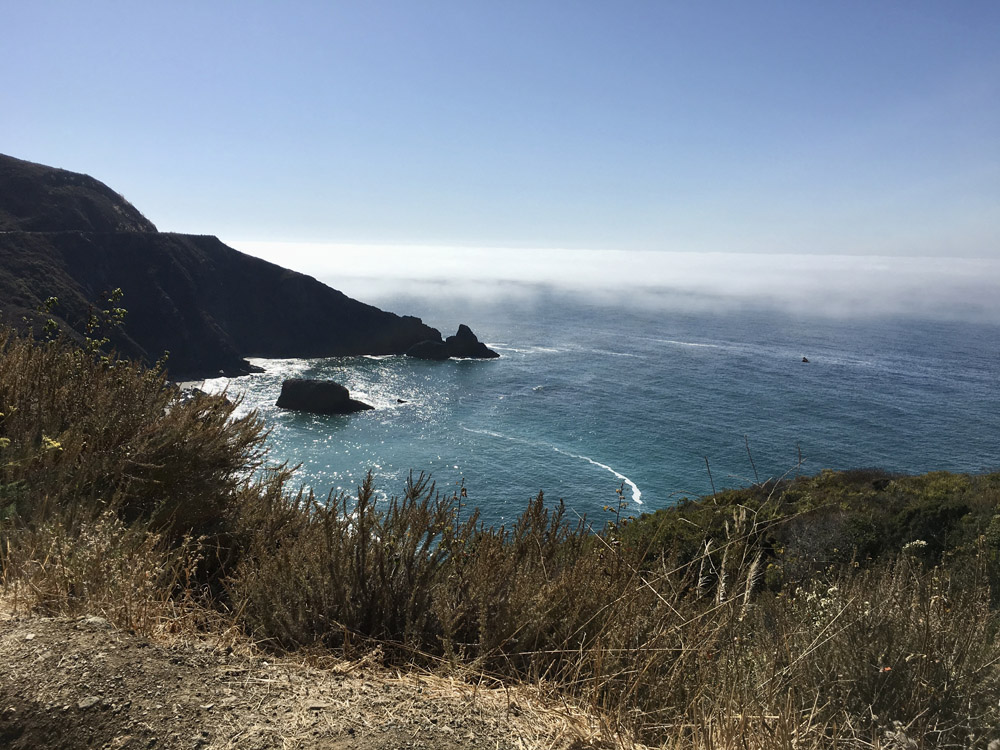 Hibbard does an excellent job of leading the reader through the different schools of philosophy and how an individual can view the world. Martin Heidegger, the noted (and controversial) German existentialist, wrote some fascinating stuff about objects and the relationship of tools (not specifically bicycles but certainly applicable) to their users. While there is much that seems useful in the philosophy he studied and passes on to us, the author is, at the end, unsatisfied with much of it, providing counterpoint to each assertion, whether it is the thought of Plato or Hume or Satre—only Nietzsche seems to come out unscathed. Eastern philosophy, notably Zen Buddhism, takes a very different approach and there is danger in its level of detachment.

It is doubtful that there are many books which offer up cycling as a central theme but mention Wittgenstein and Kirkegaard in passing and it takes a particularly skilled writer to do this. Self-discovery through philosophy is not an easy theme and James Hibbard handles it superbly, even putting Ambrose Bierce’s definition of philosophy from “The Devil’s Dictionary” as a heading: “A route of many roads leading from nowhere to nothing.” But the “Art of Cycling,” a unique and rewarding book, is in turn erudite, meditative, and familiar, but always elegantly expressed, and it certainly takes us on a road to somewhere.

# “The Art of Cycling: Philosophy, Meaning and a Life on Two Wheels” is available from AMAZON.COM HERE. #