Food to Power Your Cycling Life

“Food, glorious food! What is there more handsome?” sang the workhouse boys in the musical “Oliver” and for those of us putting in the miles on the road or in the Pain Cave this is a germane question. And while one’s thoughts unbidden turn to pizza and beer after a ride (or coffee and cake during), we know that the right food, like the right equipment and the right training, should be a natural part of every cyclist’s consideration. A new cookbook from sports nutritionist Nigel Mitchell is just the appetizer to get that diet right. 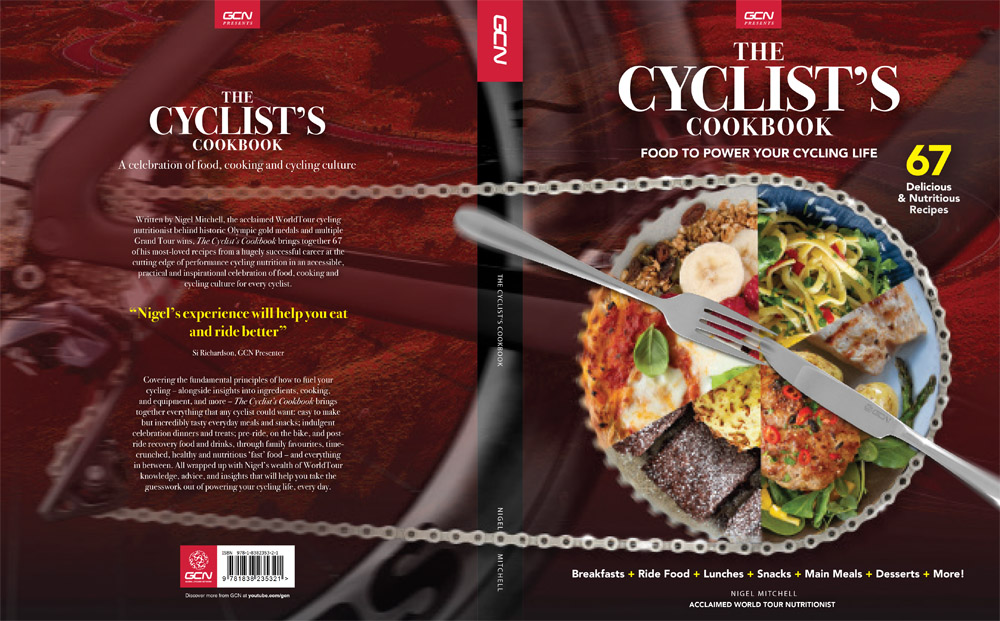 Nigel Mitchell’s previous cookbook, “The Plant-Based Cyclist,” was reviewed here and his newest volume, “The Cyclist’s Cookbook,” is also published by The Global Cycling Network (GCN). GCN’s book designers continue to impress with their attractive publications. As someone who has probably collected more cookbooks even than cycling books, I appreciate the effort that goes into making a cookbook practical, interesting and, to be honest, entertaining. 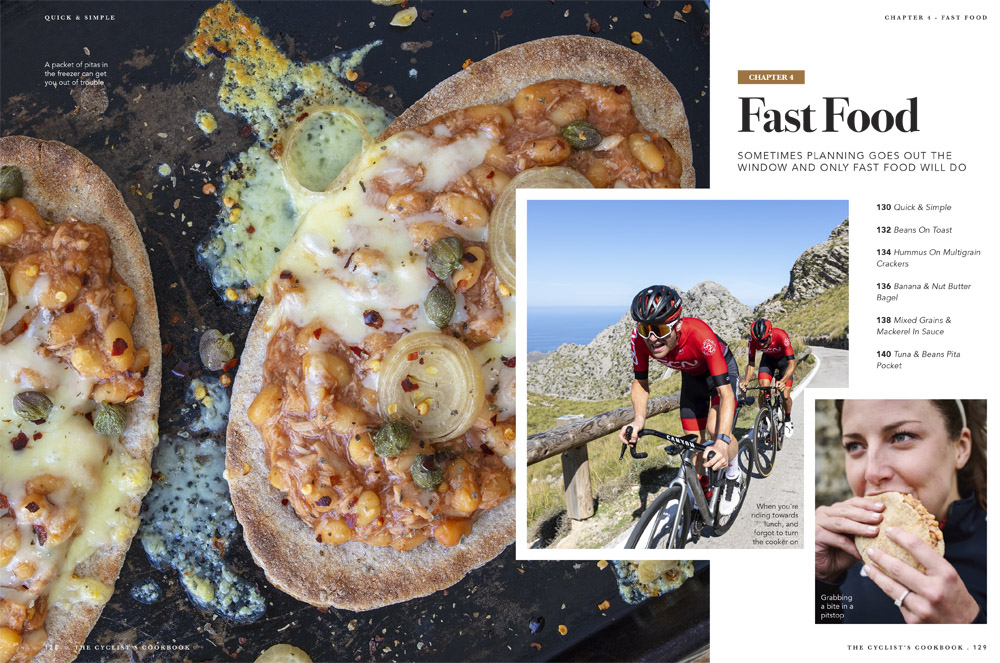 There are “67 delicious and nutritious recipes” in the book and they are spread out over seven sections, ranging from breakfasts to eating on the bike to smoothies, set out in a clear format. One suspects that many cyclists are more focused on groupsets than kitchen utensils so it is nice that a scale of difficulty, ranging from 1 to 5, is indicated at the top of the column on the left side, with ingredients listed below that and nutritional information further down. While his previous book was centred on vegetarian/vegan food, this book is more catholic in approach but vegetarian-friendly items are noted. 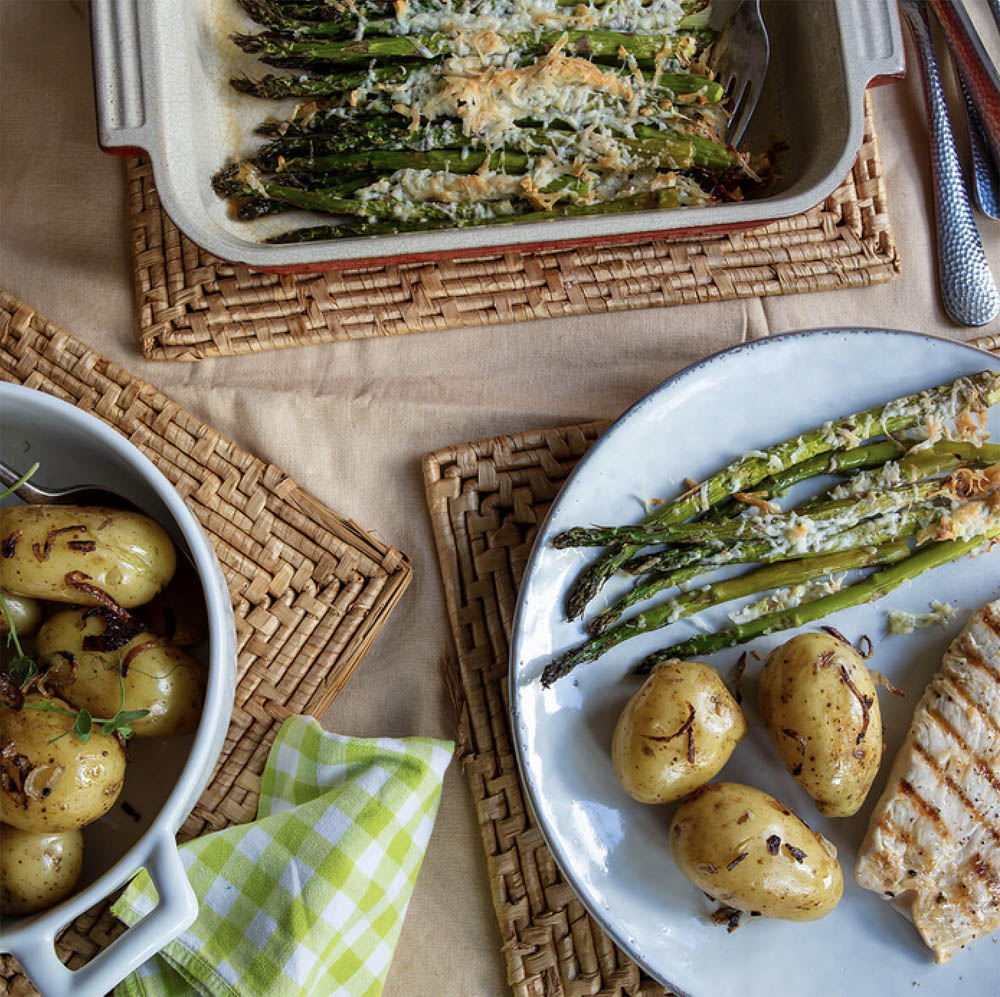 The right side of the page offers up comments on the food along with instructions on how to prepare it. The recipes are straightforward and generally use a limited number of ingredients. While some are a bit self-evident (“beans on toast,” a British fave that, the author notes, has yet to gain widespread acceptance in the rest of the English-speaking world), their food value plays into the central themes of this book. 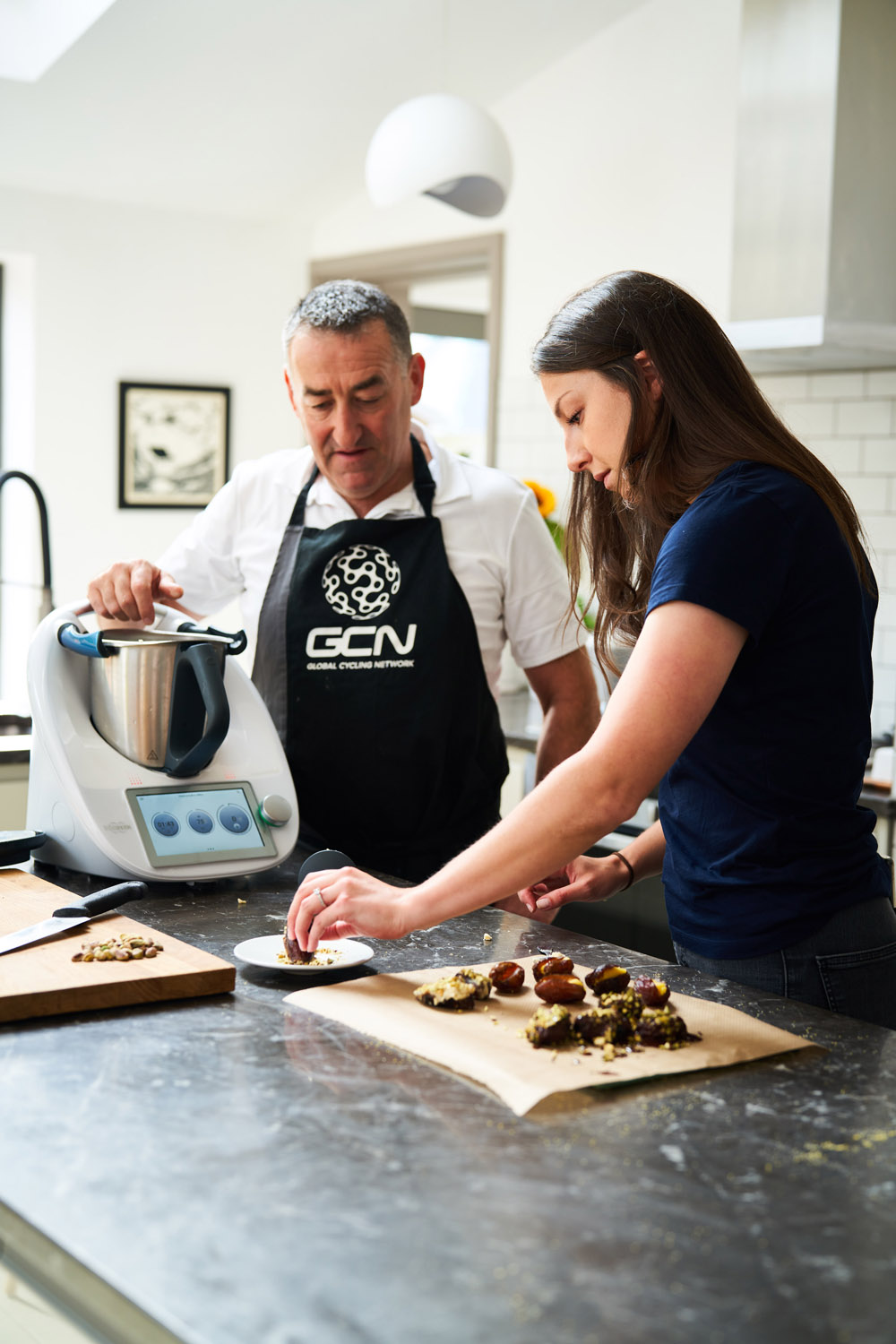 Mr. Mitchell is noted as having been a sports nutritionist for British Cycling and for professional racing teams Sky and Cannondale/EF Education First but as he points out in the book anyone can advertise themselves as a nutritionist. He was trained as a clinical dietician, meaning he used nutrition in a clinical setting in a therapeutic tool. While starting his career in palliative care, he always was interested in nutrition and sports and worked with university sports clubs and teams, something he was able to switch to in 2002 with British Cycling. This organization was determined to use the most modern methods available to improve British cycling performance. Professional cyclesports’ Old Ways were not good enough any more as the sport sought to clean up its act. There was a new opportunity grasped by Mitchell as Sky became among the first teams to hire a nutritionist when it did so in 2009. “Compare that to now where nutritional support is taken as given. Teams like Ineos Grenadiers currently employ three full-time nutritionists. Access to specialist nutritionists is not just the privilege of WorldTour riders, either, as many of the Pro-Continental teams also have nutritionists on their books.” 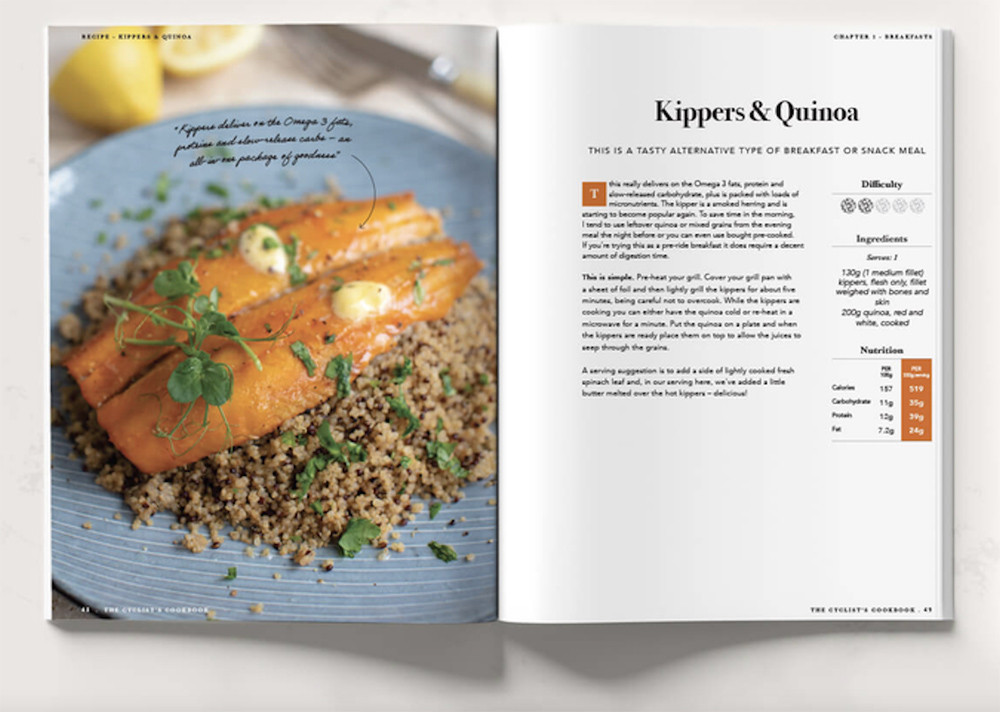 There is a list of suggested kitchen gadgets, which are surprisingly elaborate given how simple most of the recipes are, and would probably run around C$2500 in total. This is probably excessive unless you are managing the menu for an entire racing team and everything in the book probably can be managed with the usual appliances, like a blender and a rice cooker. 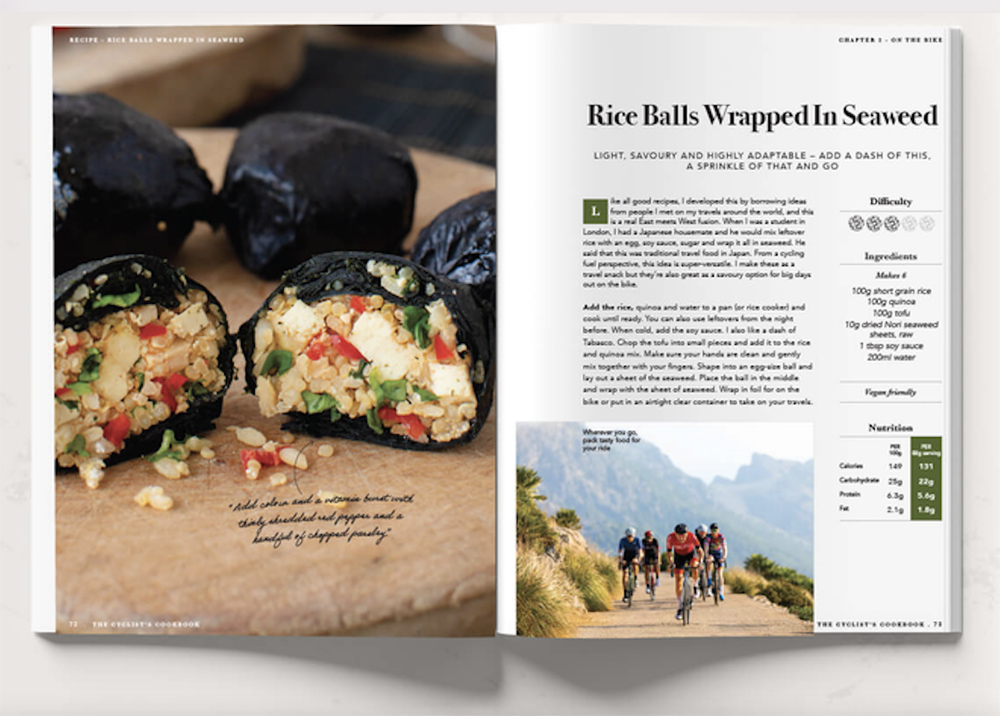 While the recipes are very good and quite accessible, the real strength of “The Cyclist’s Cookbook” is in the sections where Mr. Mitchell writes of the pleasures of food. He has a curious mind and is delighted to try new things, such as working with plantains, a favourite of the Colombians riding with EF Education First. He makes pizza with a wood fire (and relishes Italian food generally). He reflects on olive oil and on sourdough, on what to eat after riding Paris-Roubaix. He writes of food as a morale booster as well as a performance tool. 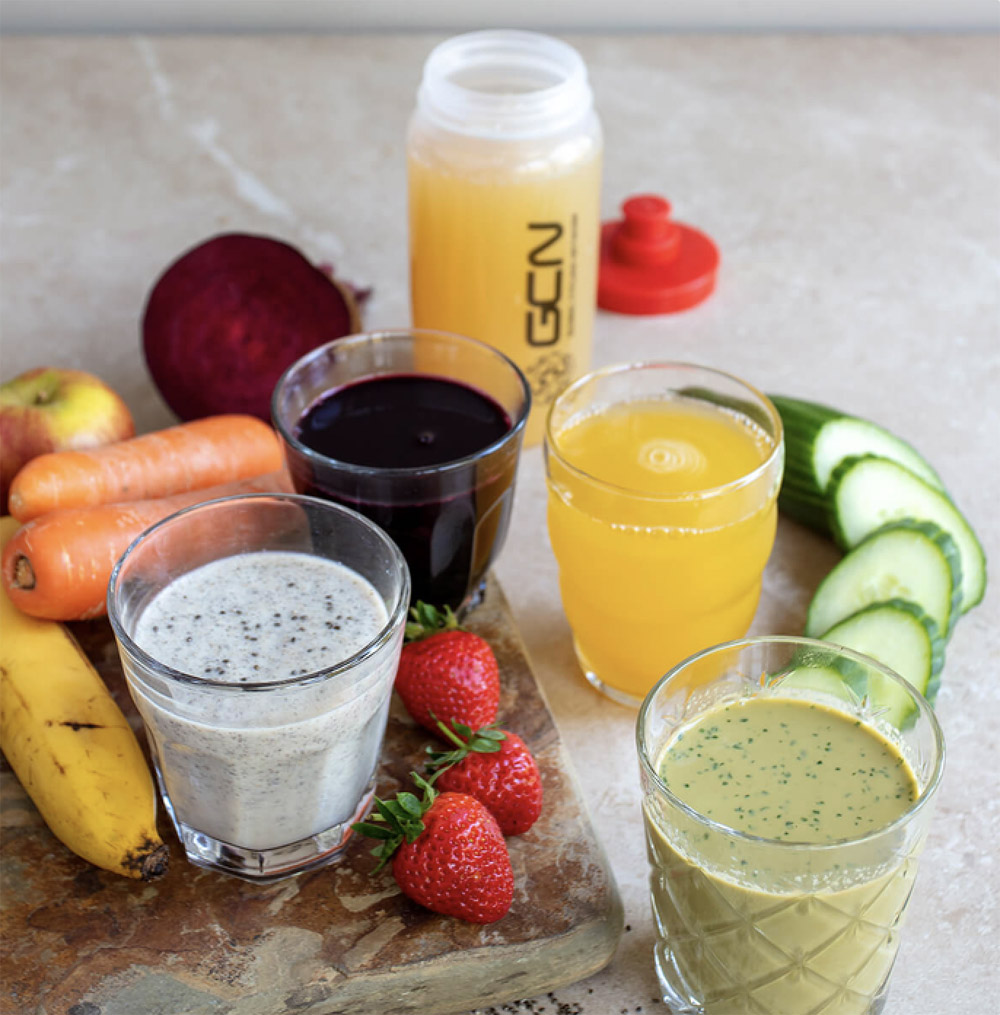 On the performance front, the recipe is included for the insanely high-calorie Big Ride Energy Drink. With nearly 2,400 Kcal in a 750 ml bottle, this is designed for a six hour ride and meant to be consumed along with water from your second bottle. The idea is that on a long ride where you do not have access to anything but water you can keep on going with this simple mixture of fructose, maltodextrin, the mysterious MCT powder, salt and water. I cannot imagine what it tastes like but with 600 Kcal of carbs it should power you for the day but one is probably smart to follow Mr. Mitchell’s advice to try this out before you do that long ride… 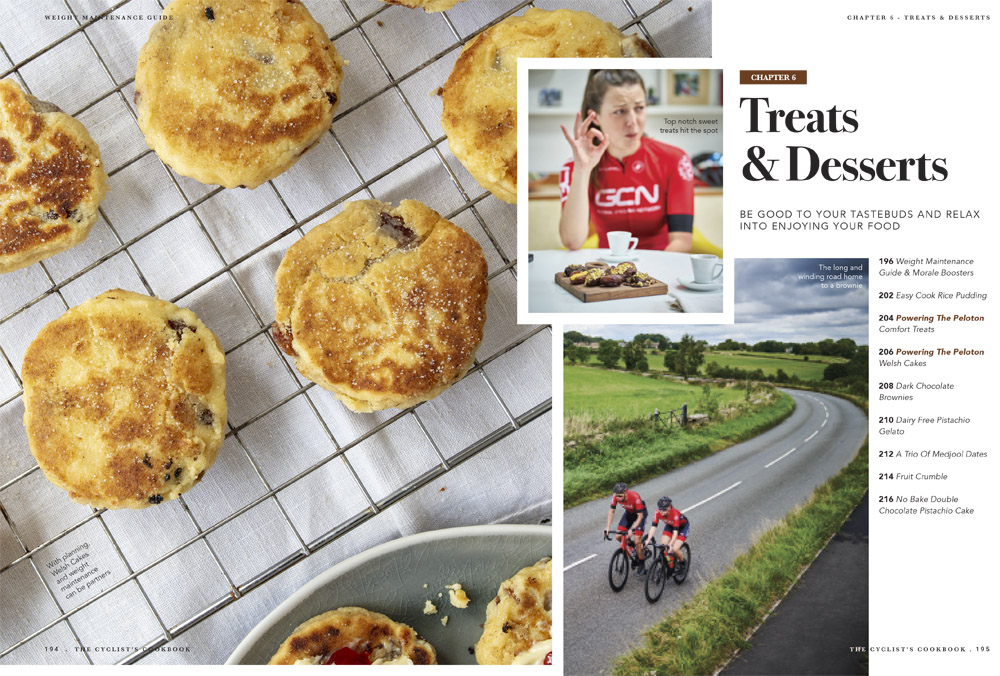 On the other hand, you can also use the book to make your own simple sports drink by combining pineapple juice, water and salt, something that was used with success before the London Olympics when turned into a gel. Inexpensive, tasty and effective—what more do you need? 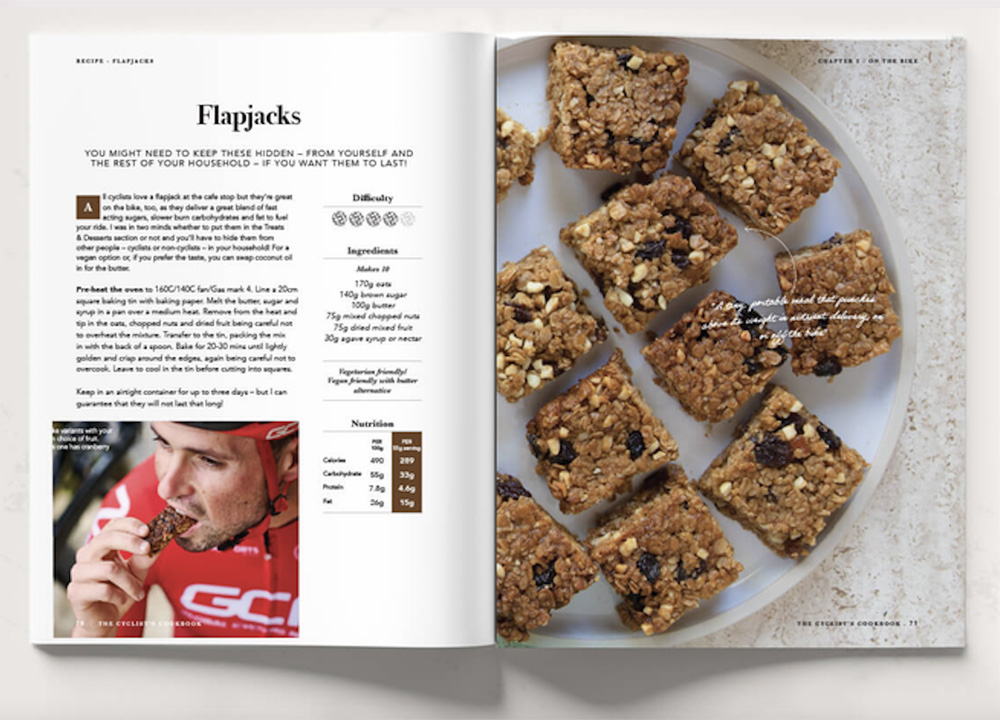 “The Cyclist’s Cookbook” is a lovely book that deserves (unlike many cookbooks) actually be used. The recipes are simple and attractive and serve as more than just fuel for cycling and would serve as a valuable springboard to improving your diet along with those New Year’s improved training resolutions The book reflects Mr. Mitchell’s decades of working with athletes and his love of food—what is there more handsome? 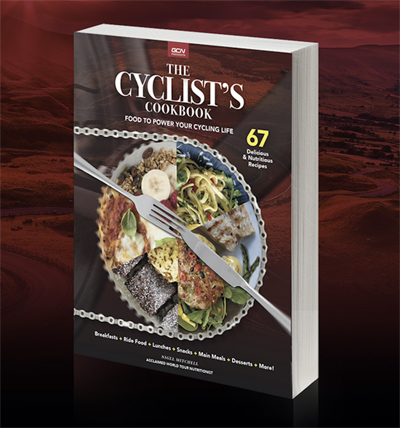 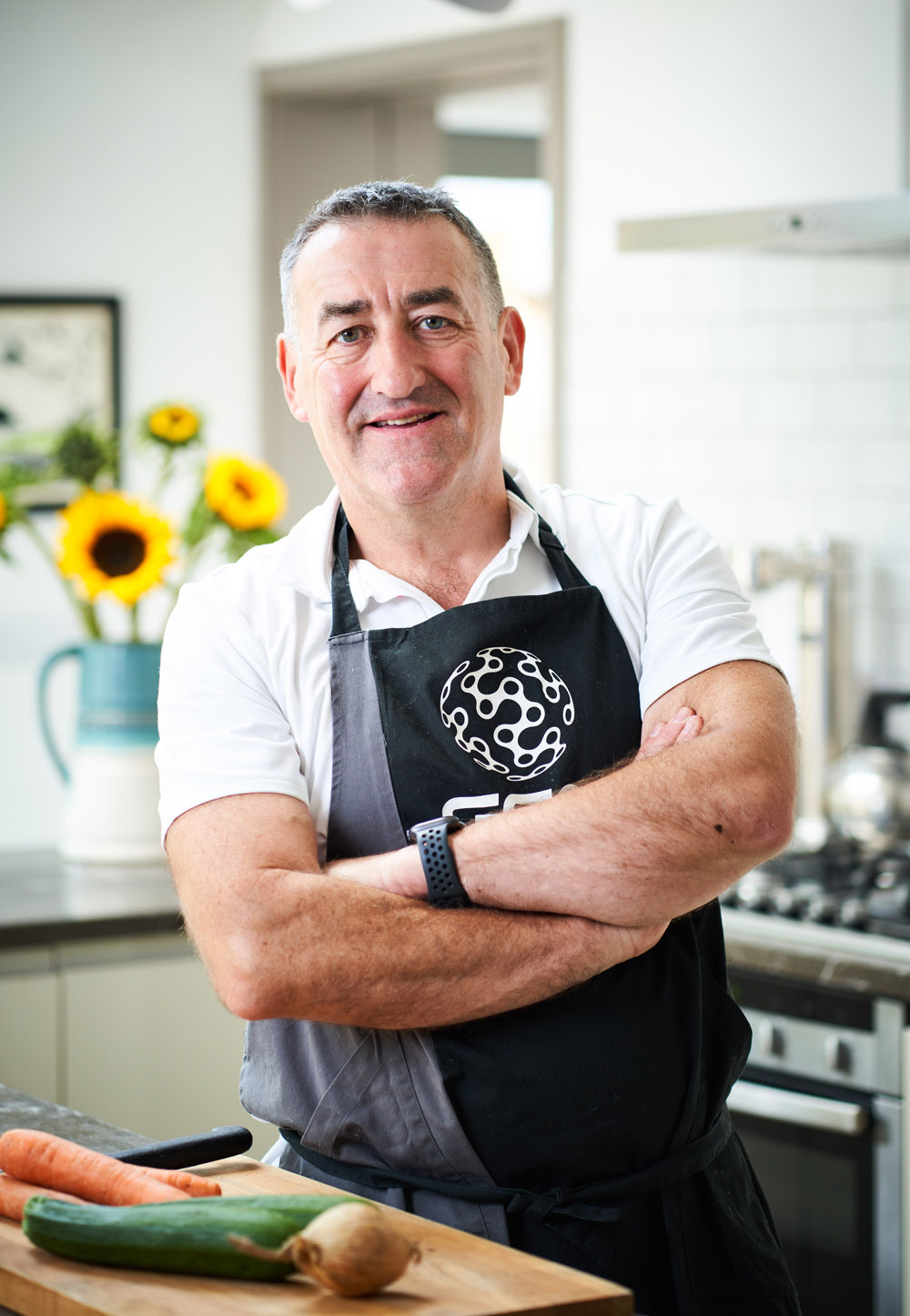