PEZ Bookshelf: Bob Addy was a ‘name’ that cropped up regularly in the British results in the 60’s and 70’s. Ed Hood gives us the background on Bob and his thoughts on ‘The Driller’, Bob Addy’s insight on British racing before the likes of Sky and INEOS. 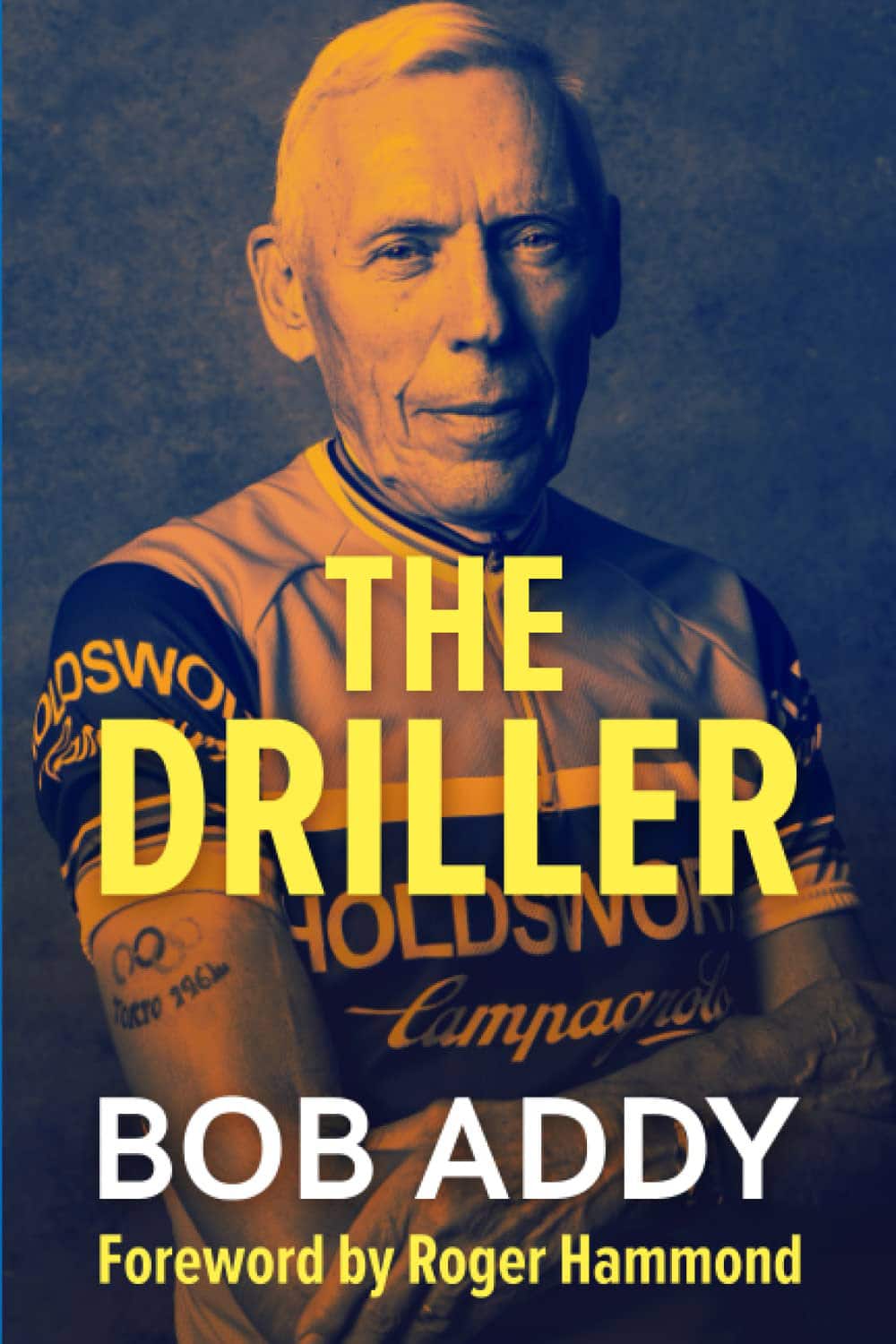 ‘When I were lad,’ the only ways you got your Media fix of cycling in those pre-internet days was through the, ‘Cycling Weekly’ and ‘International Cycle Sport’ magazines. ‘Cycling Weekly’ was printed on basic cheap newsprint and the occasional colour pictures didn’t reproduce well – but ICS was printed on nice glossy paper and the picture quality wasn’t bad. My favourite team colours – bikes and jerseys – from those days were the orange and ‘kingfisher’ of the Holdsworth team. Quality riders like Les West, Colin Lewis, Dave Nie then latterly the likes of Gary Crewe and Nigel Dean.

But the man who was the team’s first recruit was Bob Addy, a big man who always looked good in action pictures. There was one image I remember in particular of him winning a rainy 1969 Vaux Gold Tankard race, arms spread wide showing his sponsor’s name to great effect. However as a pro he wasn’t a prolific winner, rather a guy who was ‘always there;’ but winning in the UK back then wasn’t easy and Addy would spend a lot of time with Holdsworth, ‘in service’ to the team’s big winners, West and Lewis. And then there was Sid Barras to contend with – ‘Super Sid’ who was on rival teams and a prolific winner, virtually unbeatable in a sprint. There was also the aspect that in the early 70’s British pro racing was, ‘critcentric’ – on seaside promenades or around shopping centres and parks. Not parcours suited to man of Addy’s build. 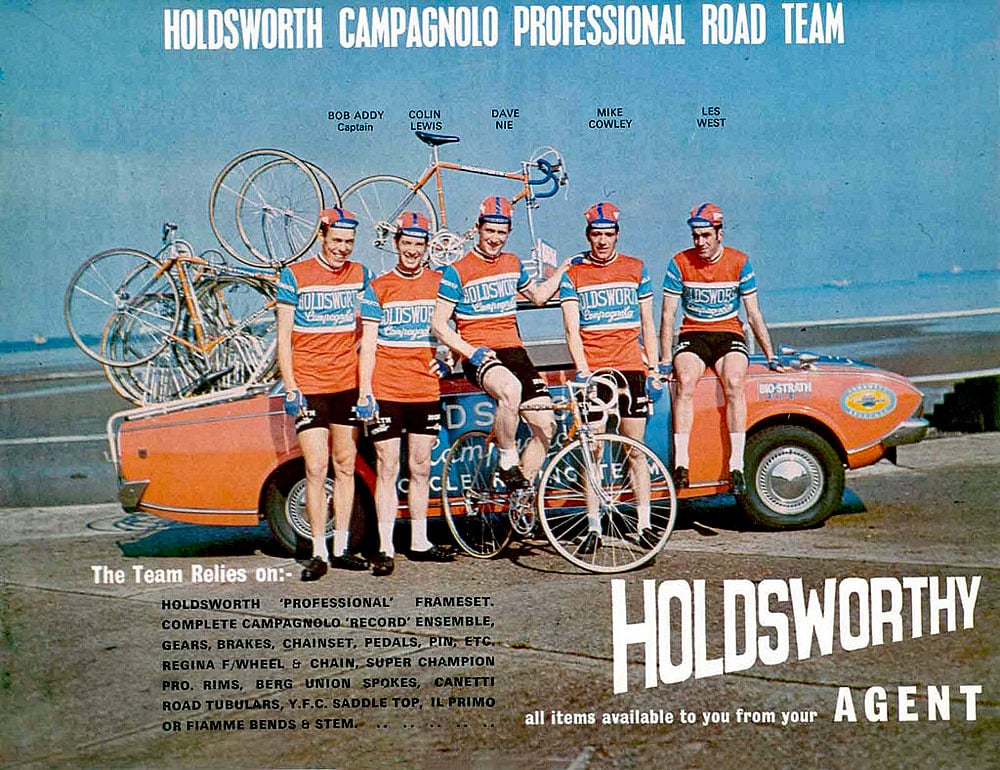 But this book takes us from Addy’s days as a youngster finding his feet in the sport from his first second hand bike through a successful amateur career where he had the initiative to get himself off to warm weather train in the South of France to prepare for his target races.
Going on to win a stage in the Tour of Britain Milk Race and represent his nation at the highest levels of the amateur sport in events like the Tour de l’Avenir and the savage, East European Peace Race.

In 1963 he grabbed arguably his biggest success in winning the British Amateur Road Race Championship, ahead of men like big finishing London hard man, John Clarey and Liverpool’s perennial Doug Dailey who would take the title almost a decade later in 1972.

Then there were the 1964 Olympics in Tokyo where despite being the strongest man in the GB 100 kilometre team time trial squad Addy was passed over for the road race due to a case of ‘face not fitting’– but that was typical of British cycling politics of the day. His omission from that race caused him to turn, ‘independent’ with Falcon Cycles – a half-way house to full professionalism where a rider could race against pros and amateurs but revert to amateur status if he wished. Addy also raced in France with Leroux-Terrot before his tenure at Holdsworth. In 1968 he rode the ultimate professional race, the Tour de France but two bad crashes on consecutive days meant that he never reached Paris. 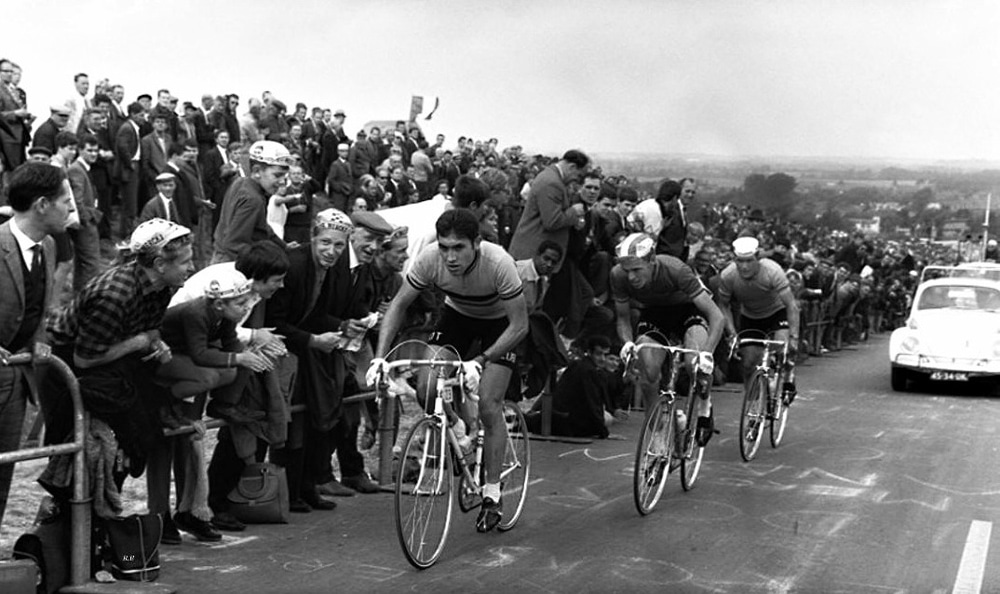 After leaving Holdsworth I remember Addy popping up in the green and black of the Ron Kitching team. Kitching was a shrewd Yorkshireman who imported continental bike equipment – mostly French, the likes of TA, Stronglight and Milremo – and used the team to promote sales of his marques. Addy’s speciality with the team was breaking place to place records under the auspices of the Road Records Association, the governing body for such rides – and he did so with great success.

For many pros the end of the last pro contract means the end of the road; perhaps still going, ‘out with the boys’ on runs of a Sunday but not racing. But that wasn’t the, ‘Addy way’ – he served the required two years away from racing and then was reinstated as an amateur, diving straight back into amateur road racing and time trialling with no little success. There was a bike shop too – and management positions with the Scottish national team and the successful Duracell and Lucozade sponsored Team Energy. If that was not enough he then immigrated to Australia where he began racing again at an advanced age – and carried on coaching and winning bike races.

It’s all in there, perhaps with a little more detail on the personal side than I felt necessary – but then I’m a conservative Scot. However, many of the names with whom he interacted and mentioned in his anecdotes, ‘greats’ the likes of Gianni Motta, Felice Gimondi and Jan Jansen leave you in no doubt that Mr. Addy, ‘has the T-shirt.’ 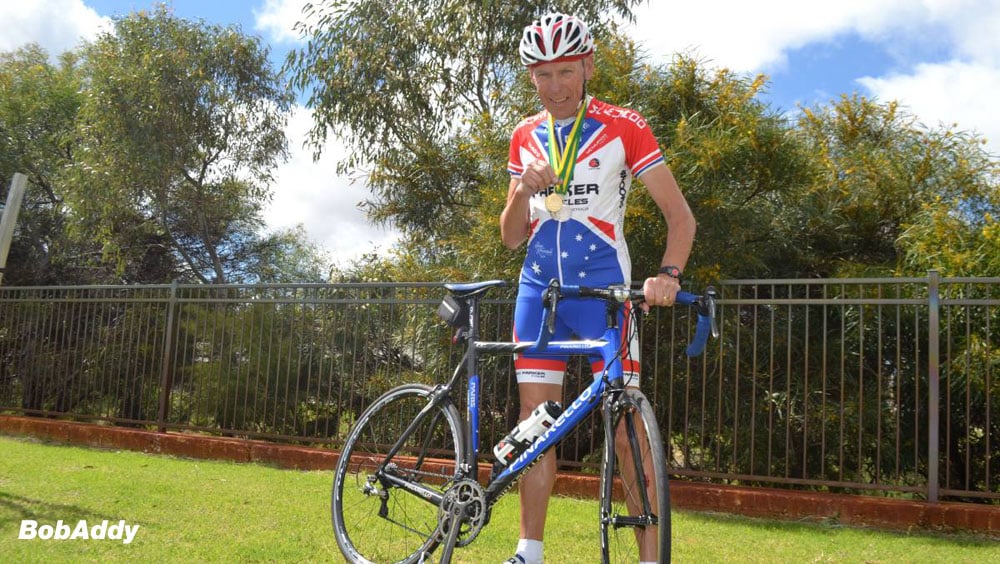 I particularly liked the tale where, in the winning break of the 1967 World Professional Road Race Championship he thought he’d recover a little at the rear of the group. Eventual winner, Eddy Merckx promptly eased him off the back, Addy tortured his way back on, Eddy turned to him and said; ‘You got through now!’ That break went all the way to the finish but sadly Addy, on the back of a programme of British criteriums, eventually cracked.

I found his pre-season training schedule as an amateur whilst holding down a full time job an eye opener:

A total of some 800 kilometres – not for the faint hearted – it seems ‘old school’ now with much more specificity involved in training in this 21st century but it got the man to the Olympics and Tour de France.

His former club mate and a rider he coached, John Dowling describes Addy as, ‘Marmite man.’ It seems an apt description of man who wouldn’t get far as a politician but left people in little doubt as to where they stood. His ‘having a go’ at Tyler Hamilton at an event in Australia is typical of his out-spoken approach to life.

I found the ‘jumping back and forth’ between eras a little confusing, I prefer ‘timeline’ narratives but that’s just me. If you’re a student of cycling history and want an insight into the 60’s and 70’s cycling scene then is a good read for you. 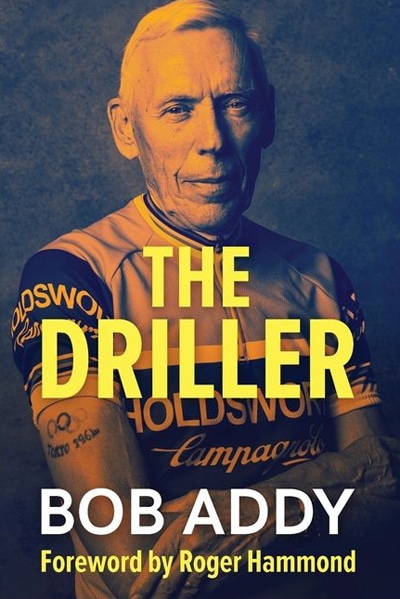 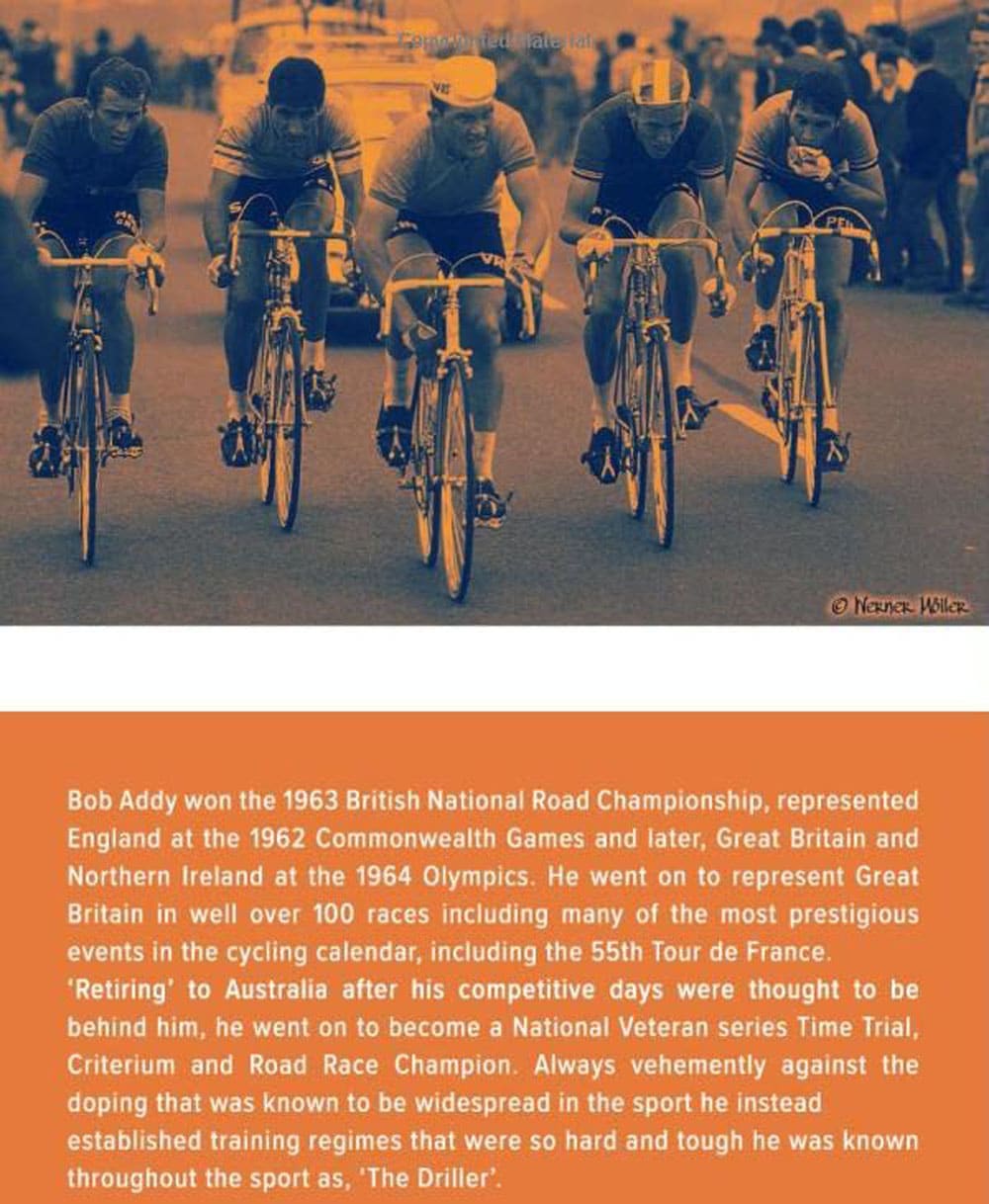