PEZ Bookshelf: The Man and His Bike

You only have to look at their country – small, flattish, totally covered with a dense network of bikepath – to know that the Dutch are going to be pretty good at cycling. They also like to write about it too and the colourful columns and short stories of Wilfried de Jong, collected in “The Man & His Bike,” are a novel if understated addition to cycling literature. 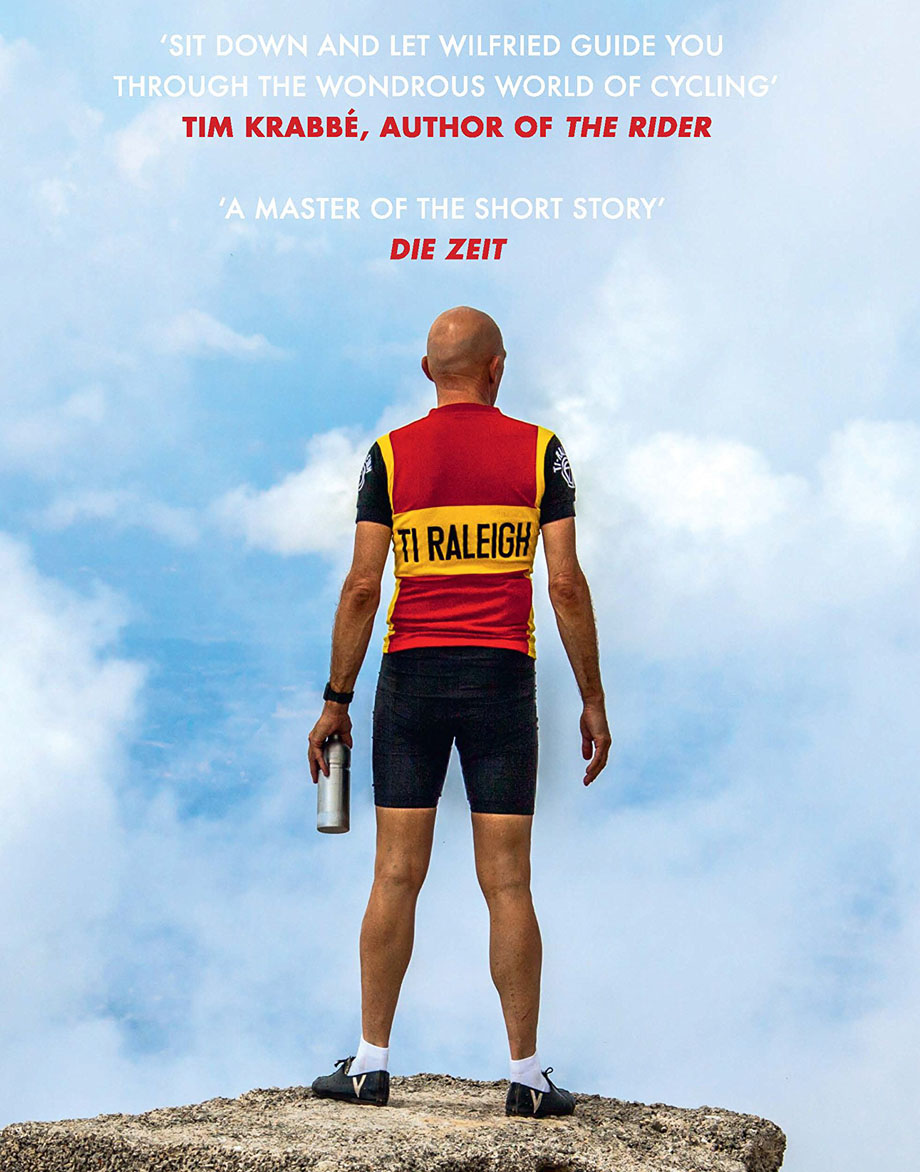 Wilfried de Jong has worn many hats, from theatrical entertainer to sports journalist to familiar face on Dutch television. He has made numerous sports documentaries and in 2012 won an award for best sports book of the year; in 2015 his collection of columns, “Solo,” was nominated for another. The latest book, “The Man and His Bike,” is another collection, including some autobiographical pieces as well as short fiction.

The book opens with a charming account of the 17 year old Wilfried standing at the roadside of the 1975 Tour de France with his little box camera, snapping some photos as the greats roll by on the Tourmalet: Merckx, Ocaña, Moser. It captures the fan experience nicely as you stand there for hours, waiting, waiting and then the riders on the big climb pass you slowly (well, faster than you can ride, anyway). You know the stars but only later, looking the pictures, can you identify some of the others.

Next the author jumps forward to the celebration of his 50th birthday. He is the Everyman MAMIL now and his dream is to ride up Mont Ventoux. Accompanied by friends and his young son in a rental car, the account mixes de Jong’s experience—and riding through the hot bare woods at the bottom of theclimb rings very true—with the story of Tom Simpson, a ghost that will always haunt the cyclist’s Giant of Provence. 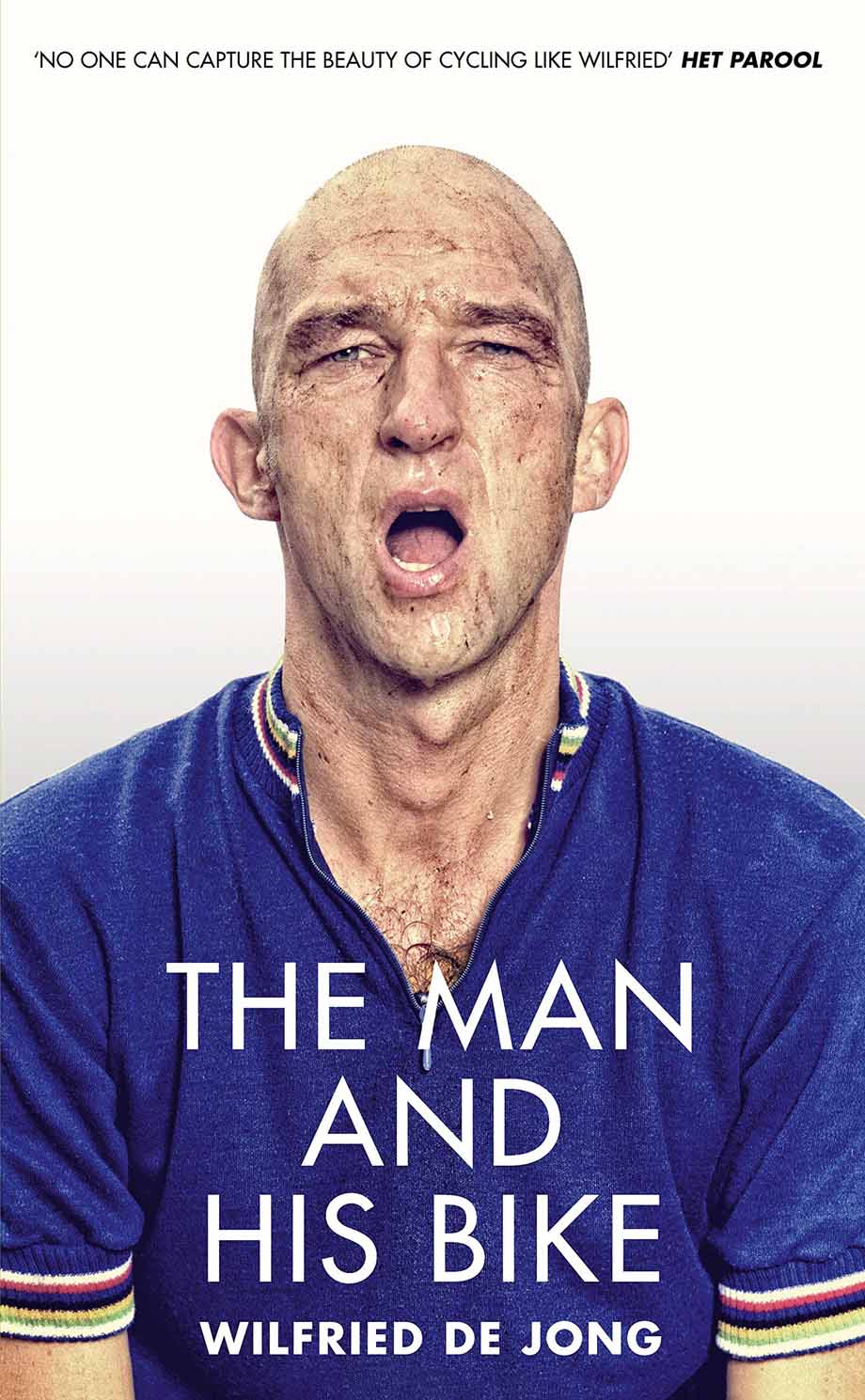 De Jong conjures up the atmosphere of riding in the Netherlands, recklessly tearing down the bikepaths at 50 km/h with the kind of ending you would expect, or cycling into a brutal North Sea headwind, chasing down a much younger rider after indulging in a meal of fried herring sandwiches and a coke, also with results that seem inevitable.

Many of the stories are slice-of-life reflections on people he has met while cycling. These include a record shop owner that jazz fan de Jong meets in New York who rides a Bianchi covered in wool (something I simply cannot picture in my mind); a farmer whose wife has run off with someone “she got off the Internet;” a pair of twins who enlist his assistance in getting their computer up and running to watch the on-line funeral of the ex-husband of one; a scary encounter with someone who calls himself Trouble on the bikepath along the Hudson River; a young Italian woman tending graves and memories. The story “A Pulse of 48” is a reflection on mortality whose theme would be familiar to many of us of a certain age.

“The Man and His Bike” therefore has quite a range in one slim volume. It has no photographs which one considers perhaps fortunate as one of the stories is about de Jong getting photographed while standing naked with his bike on the cobbles of Paris-Roubaix. Alas, thanks to the Internet one can discover this image was used on the cover of the Dutch edition of one of his books! Please do not consider trying this yourself when you find yourself in Northern France in Spring. 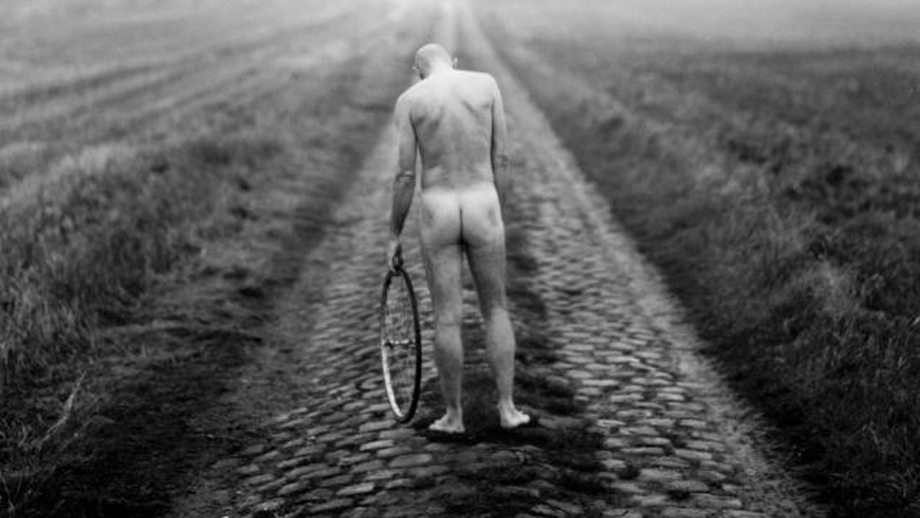 Some of the stories are very funny, such as the account of riding with a foul-mouthed American handcylist while staying at a French hotel, a hotel where his room is decorated in gnome motif, while others, such as crashing into bramble bushes in Italy, are more dramatic. As a journalist, he apparently had the opportunity to interview Gino Bartali and Federico Bahamontes. Funerals make an appearance, with that of Marco Pantani in 2004, which de Jong could have attended, and that of Fausto Coppi, which he did not as it took place in 1960. 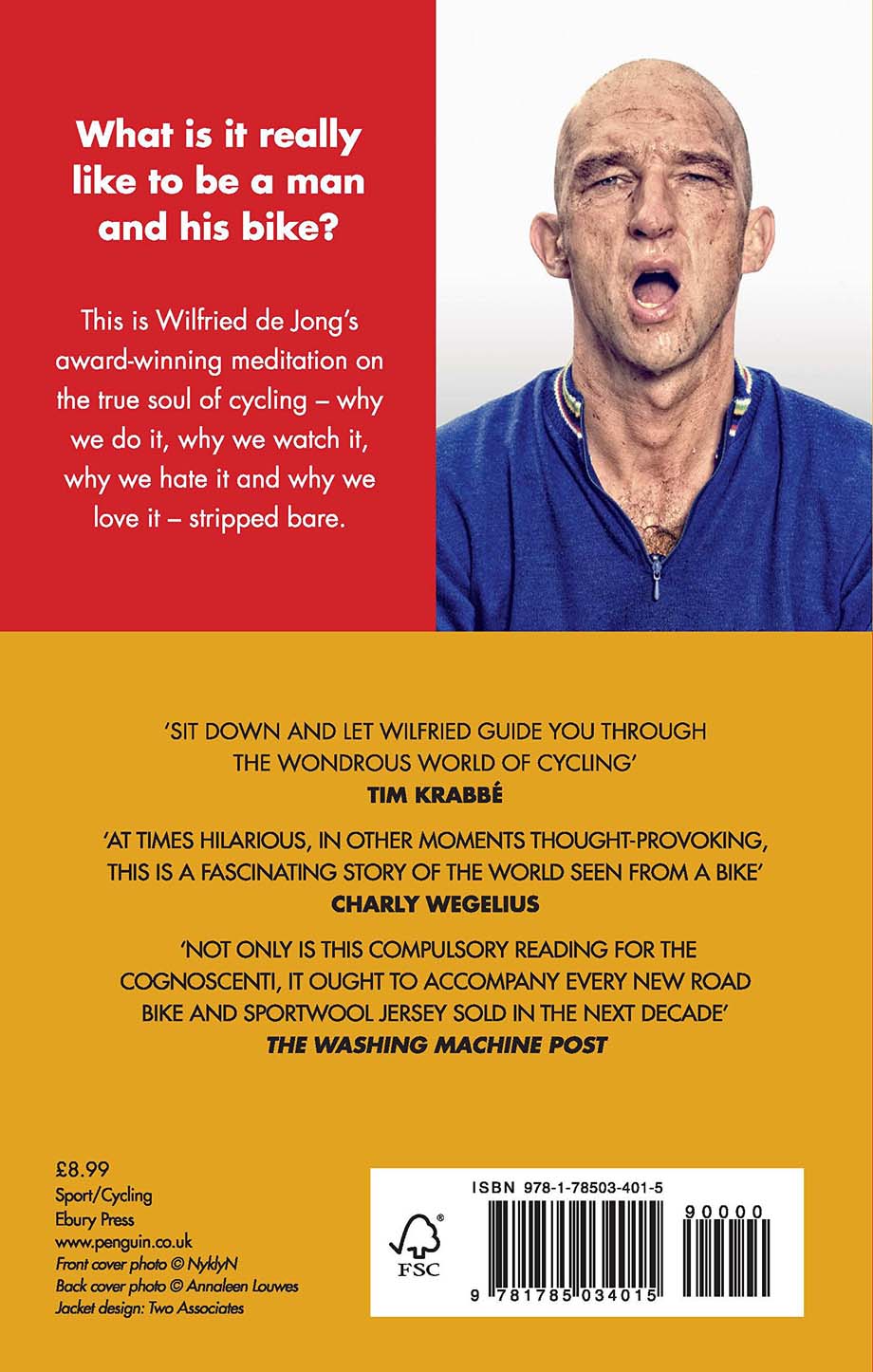 The author’s creative writing skills appear in several fictional stories, including one about a mysterious woman who offers massages to cyclists stuggling up to the Col de l’Homme Mort (Dead Man’s Pass—a real climb in the Alps that appeared in the 1956 Tour de France), and a story about Eddy Merckx obsessively adjusting his bicycle which clearly is a prose reflection of this incident in the famous “A Sunday in Hell” film. While some of the stories will make you laugh and others are melancholy, two of them—one about a real incident involving wildlife and another a piece of fiction about a lost racing cyclist and a farmer’s daughter—will leave the reader feeling distinctly uncomfortable. But then again the Dutch are noted for plain speaking, for good or ill.

Cycling has not been generally been fruitful ground for introspective literature but “The Man and His Bikes” offers a thoughtful and creative look into the mind of someone whose life is made richer for it. 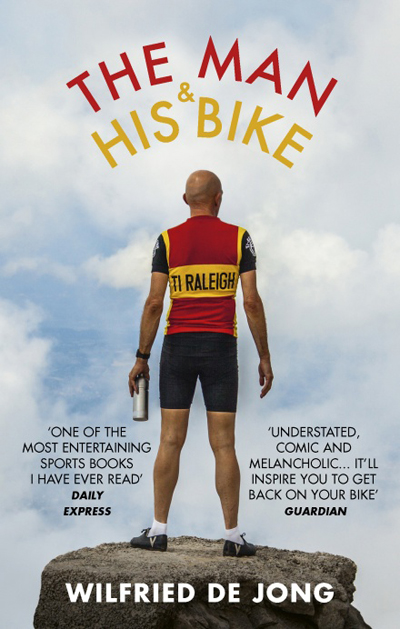 You can buy “The Man and His Bike” by Wilfried de Jong at AMAZON.COM.

When not wishing to be massaged by mysterious women, Leslie Reissner may be found reliving his crawl up Mont Ventoux at www.tindonkey.com.