Carefully working my way through Phil Cavell’s “The Midlife Cyclist” for some weeks now, a remarkable book of startling scope, I have found that whenever I mention the title it causes people to smile or laugh indulgently. They seem to either hear “midlife crisis,” or picture another dive into the realm of Middle Aged Men in Lycra, those out-of-shape riders who, for instance, appeared in those Danish television ads for the Tour de France. But “The Midlife Cyclist” is actually a thought-provoking exploration of something that has never before existed in human history: a great cohort of middle-aged athletes rewriting our knowledge of human health and performance. 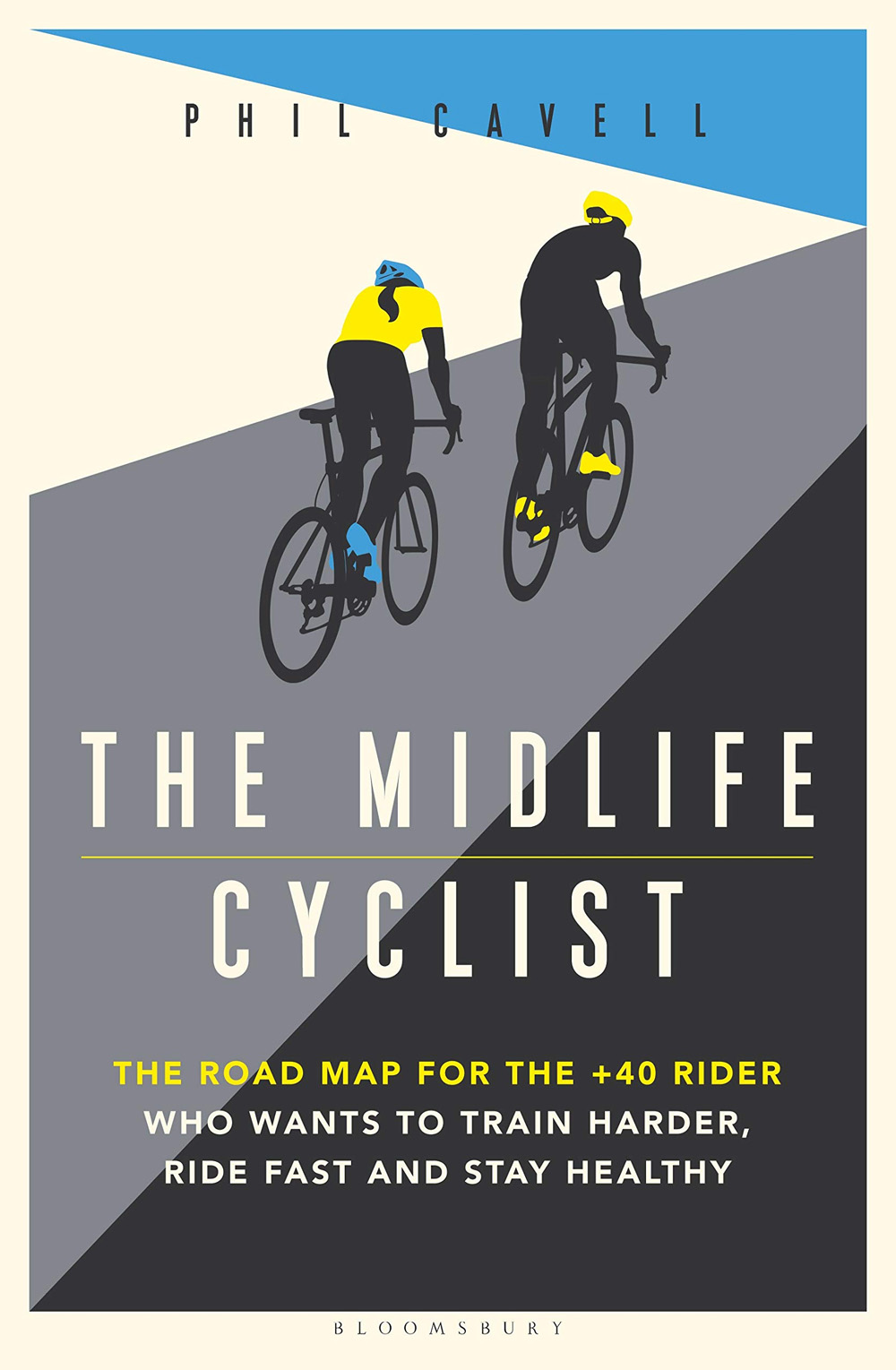 Phil Cavell is a bike fitter by profession and has had years of experience working with both amateur and professional level athletes. The genesis of his book was a serious crash from which it took years for him to recover and he was frustrated that he was helping clients but was unable to help himself. In addition to his expertise in advising on proper bike fit and working with top athletes, he has had access to specialists in related fields—cardiology, osteopathy, psychology, nutrition—and attempts to blend all of this together in “The Midlife Cyclist,” the cover of which states it is “the road map for the +40 rider who wants to train hard, ride fast and stay healthy.” For a layman, he addresses a great deal of science that would be considered cutting-edge. 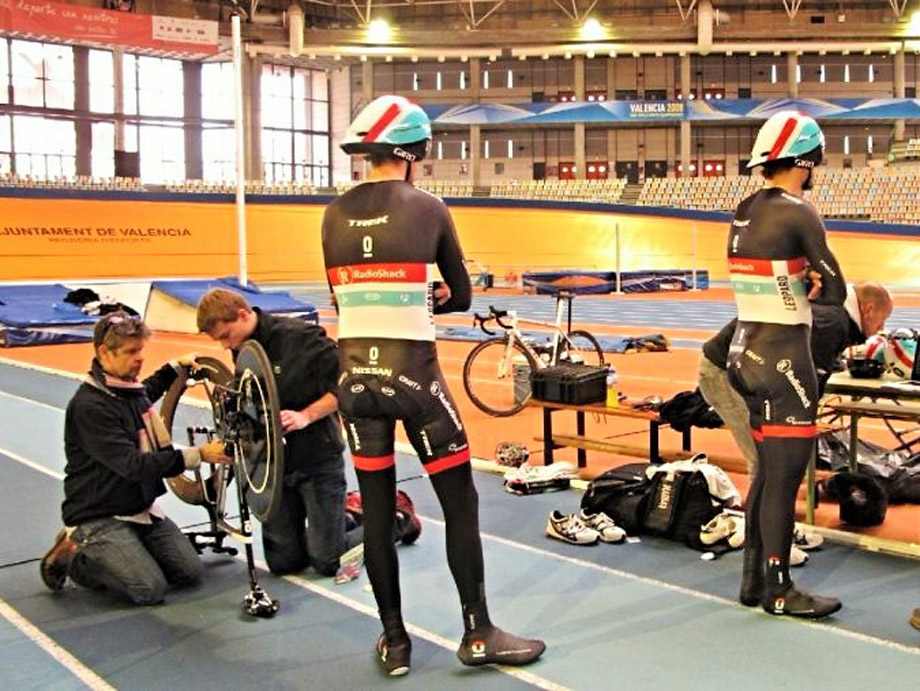 At Valencia Velodrome working with Andy Schleck and Fabian Cancellara

He notes that we are now at a watershed in human history. For most of the existence of Homo sapiens our ancestors were lucky to make it to 30 years old and then, with the invention of agriculture and settlements, life spans soared to the point people could see their grandchildren but still croaked around 50. With further advances in hygiene, medicine, personal safety, and labour-saving devices, life expectancy has risen dramatically. People in their 40s, 50s, or 60s were once considered old but now they are riding bikes, running, doing triathlons, and l’Etape du Tour. While it is known that moderate exercise has unquestionable health benefits (although nobody is quite sure what “moderate” really means), author Cavell’s interest is in the “immoderate” exercisers. These are the people (we know them or may even be them) who train intensely, putting in the hours. They could be people who started young and just continued as lifelong exercisers, or people who, family and finances now allowing, have taken up sports in later life. Some have written online comments that in spite of the title this is not a book for beginning cyclists but for those training seriously—such as Pezcyclingnews.com readers, clearly! 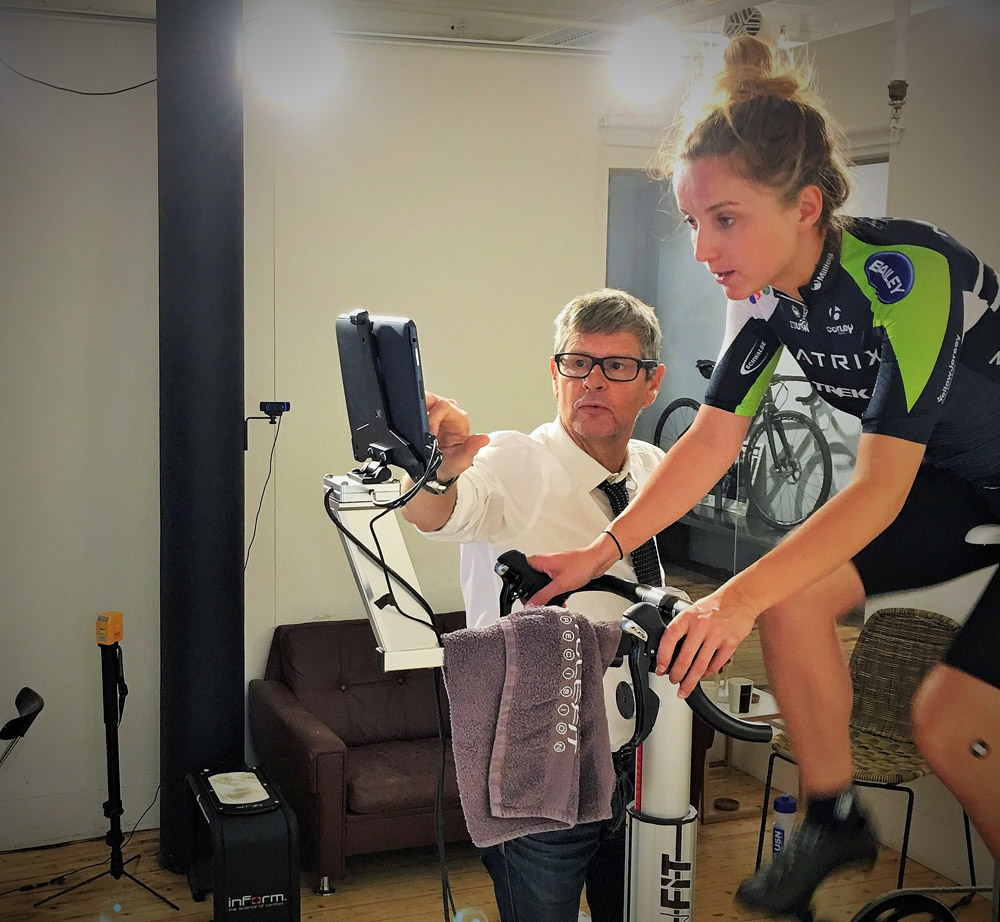 If some exercise is good for you is a lot better or worse? The popular press is happy to run stories about the hazards of exercise, or age-group marathoners dropping dead at events, recounting the tale of runner Jim Fixx, who got America running yet died at only 52 (while running). “The Midlife Cyclist” quotes from studies of hard-core athletes and it seems that male elite athletes have a higher incidence of heart issues than non-exercisers and, interestingly, elite women. While the jury is out on what all of this means, Cavell’s experts (including doctors who are themselves immoderate exercisers) offer some speculative views. 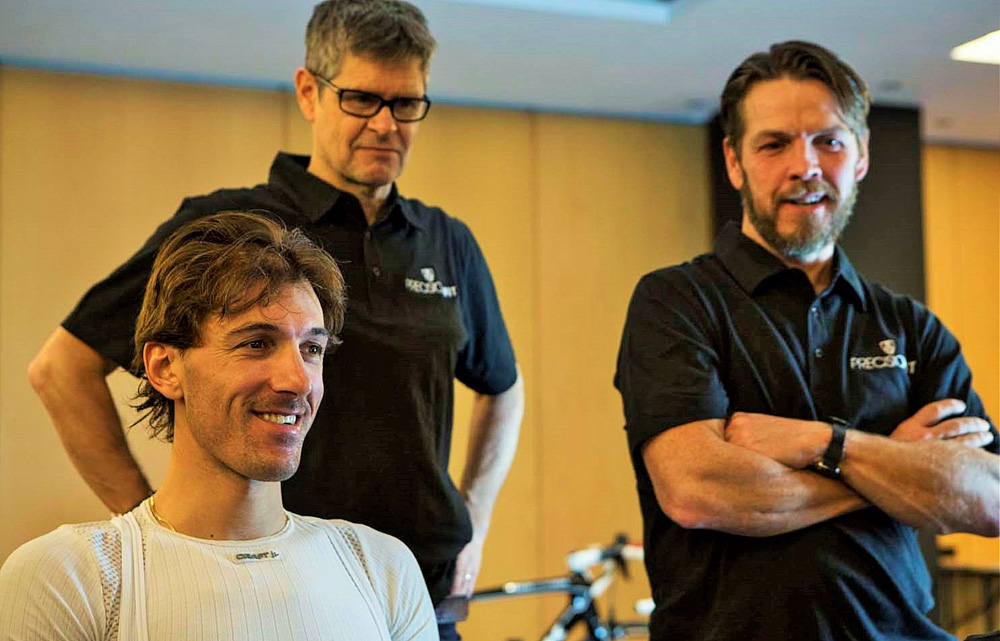 At Trek Team Camp with Fabian Cancellara and Julian Wall

The next element of the book takes us to Cavell’s particular area as he looks at this combination of our Ice Age bodies with the bicycle, a gift to us from Victorian gentlemen inventors. Bicycle technology has not really changed much due to influences such as UCI competition rules but knowing what we do now it is clear the meshing of the human body and this machine is not optimal. The bicycle forces us to move in ways that are unnatural to our structure. Unlike running, where there is freedom in our movements, the bicycle limits us to its demands. Hence the importance of good fit but also an understanding of the limitations of equipment. 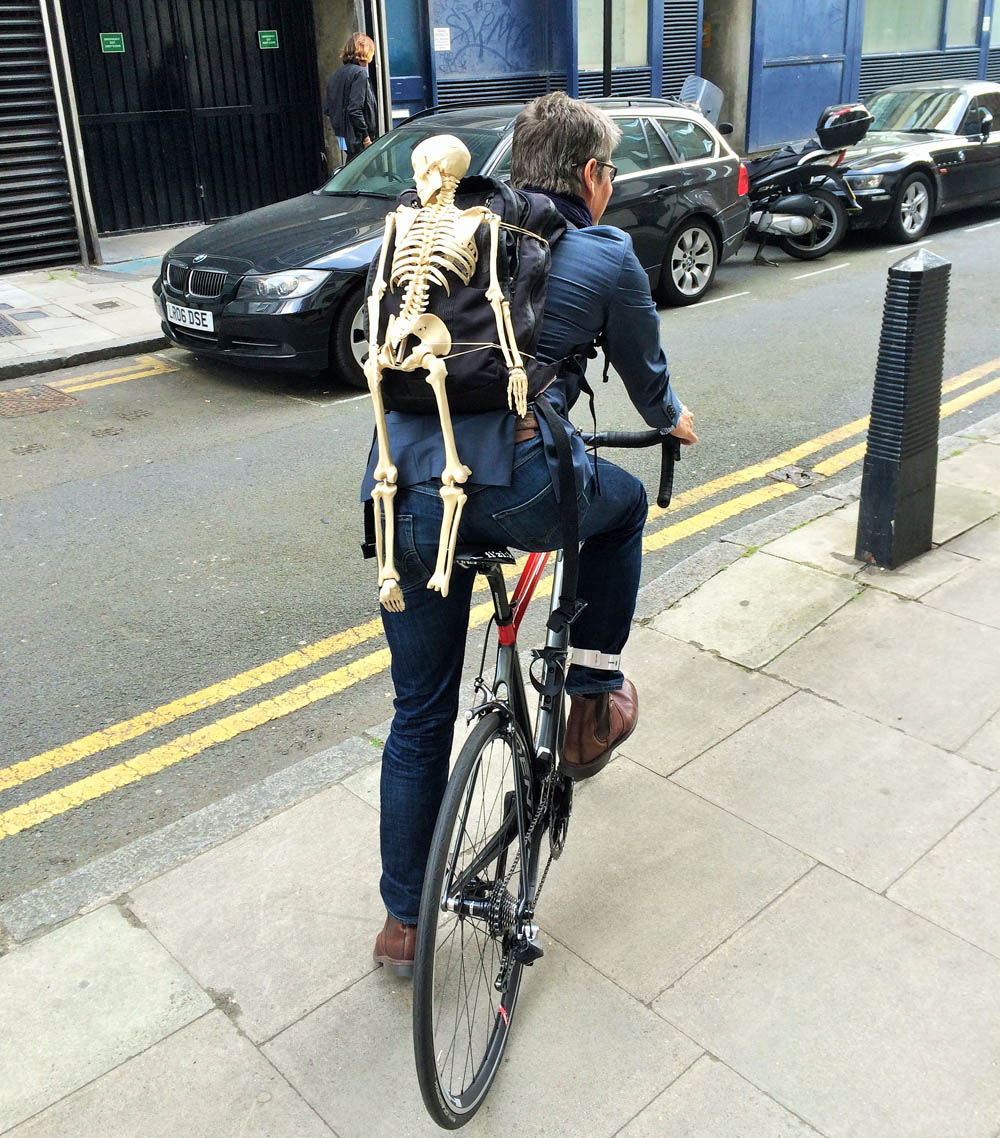 These concepts taken together are not something written about much. We have a lot of books on training plans, some designed for older athletes, and the author does not stray into this area at all. But Cavell’s views, both from his past as an amateur racer as well as his profession, are food for thought. He gently ridicules our attachment to numbers, pointing out that V02 max is nothing really useful and even FTP, the measure of functional threshold power, should not be our focus. As someone with biomechanical expertise, he feels that some drills, such as one-legged pedalling, are useless or injurious. He is not impressed with our pursuit of high cadences, or even smooth pedalling, noting that the people who stomp on the pedals tend to be the ones winning the races. I was reminded of watching a Giro d’Italia stage years ago where a Russian and a French rider had escaped and Phil Liggett pointed out how awkward and gawky the Russian looked compared to the elegant spinning of the Frenchman but Paul Sherwen interrupted, pointing out that they were both going the same speed so what did it matter? As someone who has spent years building souplesse, that effortless and beautiful fusion of man and machine, well, I was a bit disappointed but sometimes looking good is better than being fast, yes? 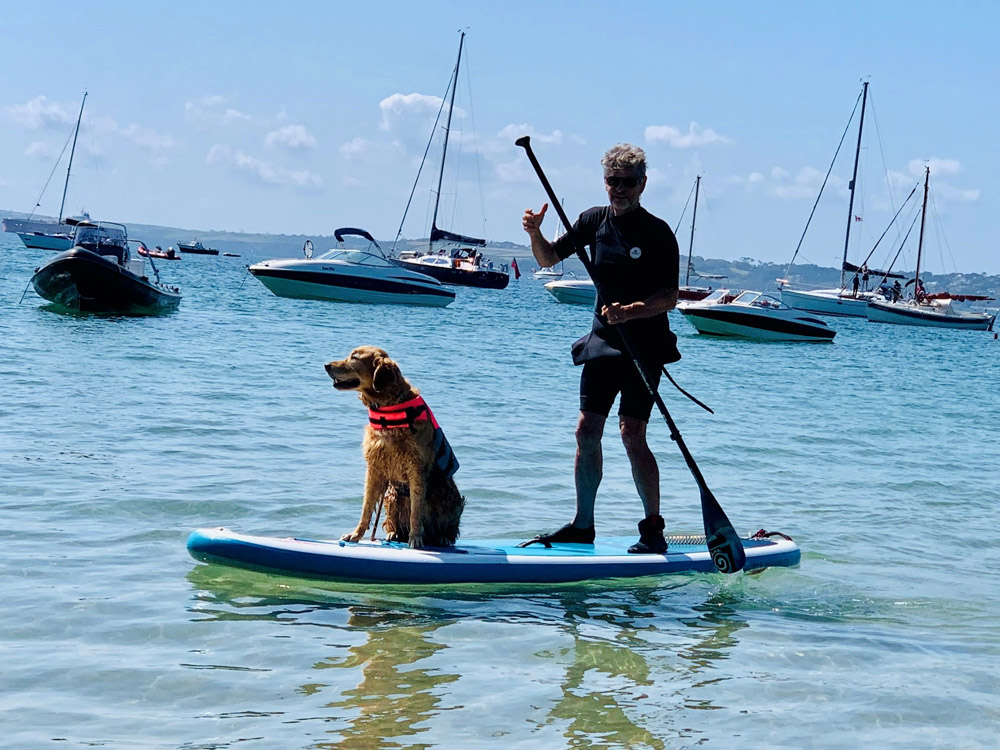 Paddleboarding with my dog, Raff

With his bike fitter background, it is not a surprise that Phil Cavell has no enthusiasm for indoor training. His opposition derives from the unnaturalness of being fixed in one spot with a trainer and not being able to develop the skills you get out on the road from descending or climbing or turning. Of course, his viewpoint is a British one where outdoor seasons, albeit rainy ones, still make it possible to be in fresh air for more of the year than in other, less temperate regions. But his suggestion of getting off the bike from time to time to do other things, such as weight training or alternative sports, is seen more and more as beneficial, particular as athletes age and muscle mass declines even as endurance is maintained. 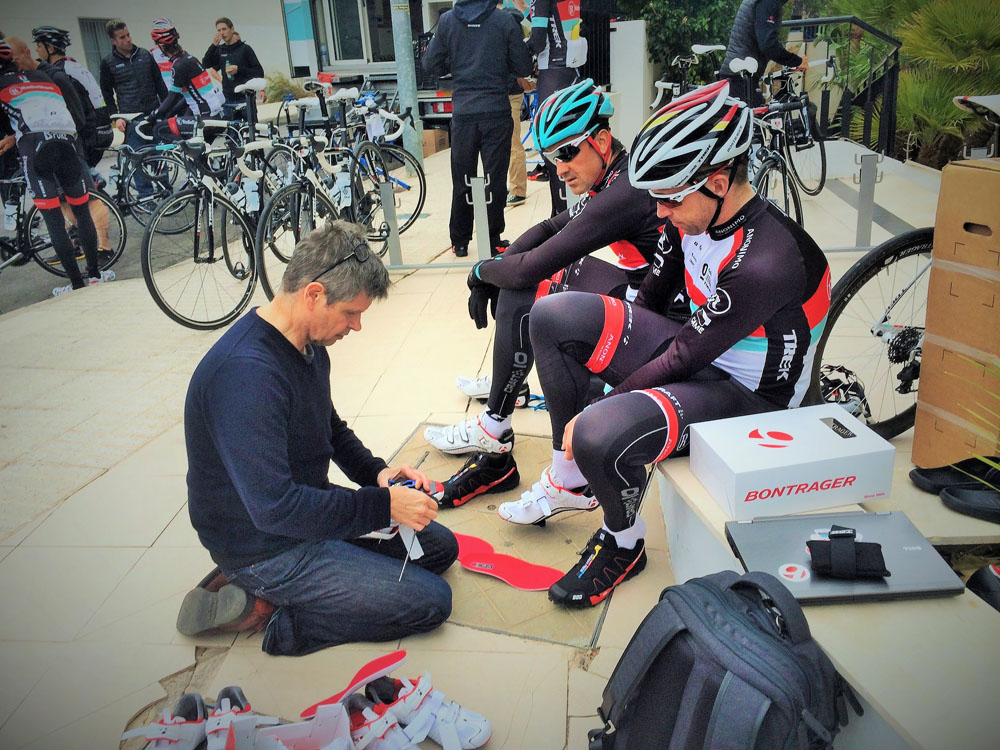 There is so much covered in 280 pages here, from bicycle design to heart functions, written in a accessible style even when scientific concepts are not so simple. We learn of how the autonomous nervous system (ANS) functions, in sympathetic or parasympathetic modes, something most have only a vague sense of. There is a short section on nutrition, suggestion alcohol may not actually be that good for us, in spite of the popular press. He writes of his own history and that of his friends and colleagues, and includes some interesting case histories—one, a doctor having a heart attack at 48; another, an athlete suffering from overtraining. We learn that Fabian Cancellara had bircher muesli for breakfast and nothing gets between a pro athlete and their food, as the author discovered the hard way. Although apparently all is forgiven as Cancellara has offered this blurb for the book: “Phil is eminently qualified to write The Midlife Cyclist. Well, he is certainly old enough.” 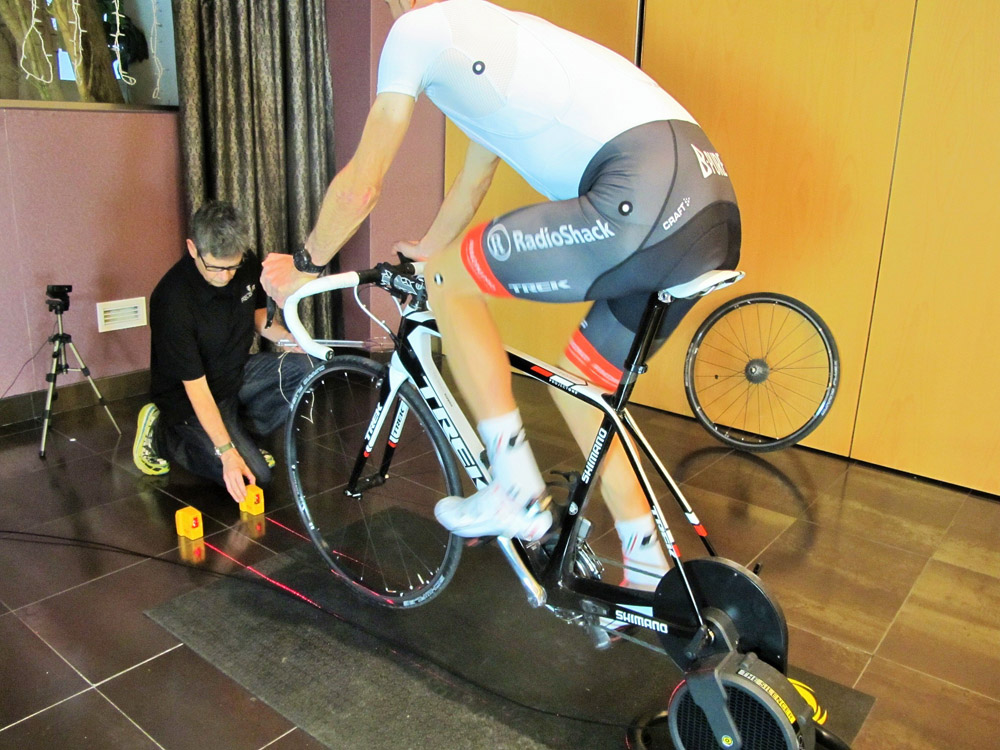 In the Epilogue to this excellent book, the author writes: “I can’t make myself perpetually young, but I can make sure that my wisdom and common sense increases to meet the challenges of maintaining health, speed and strength. So unshackle yourself from your stationary trainer and your power meter. Go out into nature on your bike and take a few breaths. Remember that trying to make old people young again is the ultimate fool’s errand. But trying to make old people fast is fun, life-affirming and almost certainly good for us.” 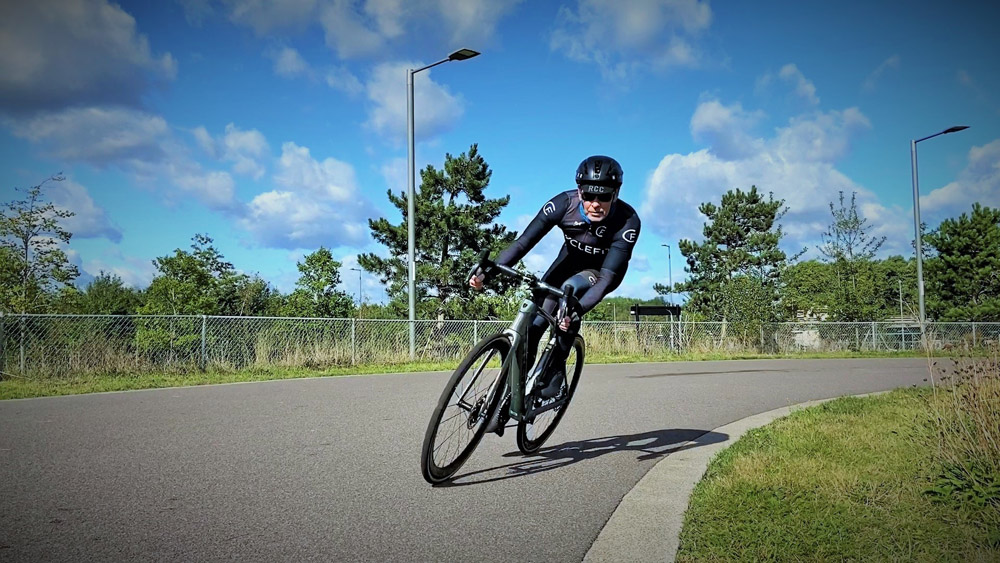 Phil on the Eastway circuit

Considering how far we have come in the last two decades, as entertainingly told in “The Midlife Cyclist,” it is exciting to think what lies ahead for those wishing to push their athletic boundaries rather than push a walker. 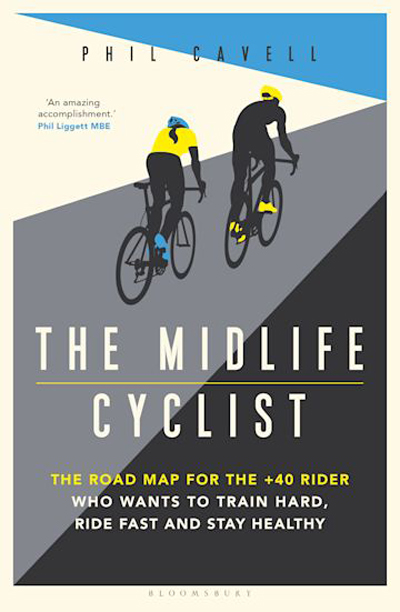 # “The Midlife Cyclist,” by Phil Cavell is available from AMAZON.COM. # 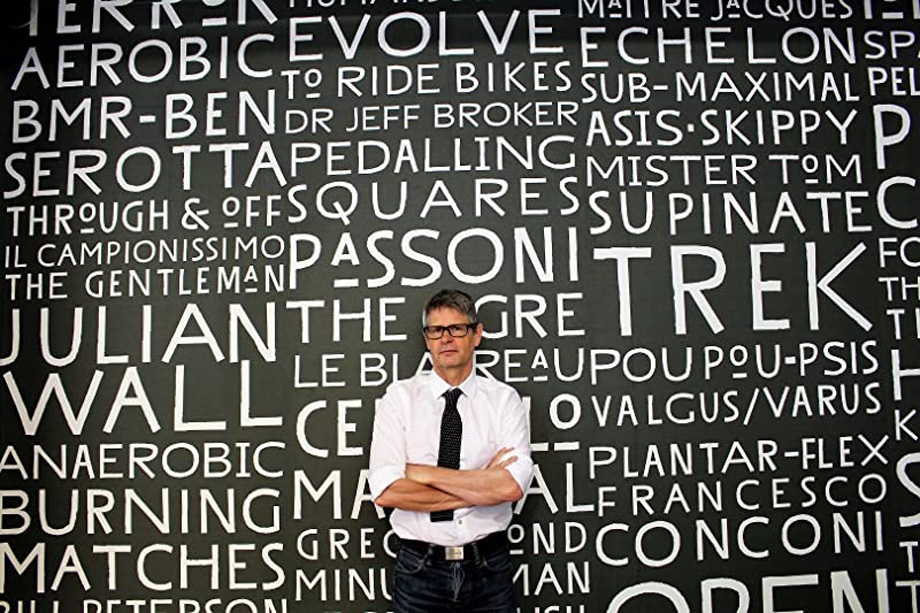