PEZ Bookshelf: The Wind at My Back – A Cycling Life

Albert Einstein is reputed to have remarked that all of his best ideas came to him while riding his bicycle. For many of us, a bike ride is the opportunity to escape from everyday life. We can think about things undisturbed or just concentrate on the ride itself. For Paul Maunder, the author of “The Wind at My Back”, cycling is a chord that is strummed through the passages of his life, blending exertion, landscape and philosophy. 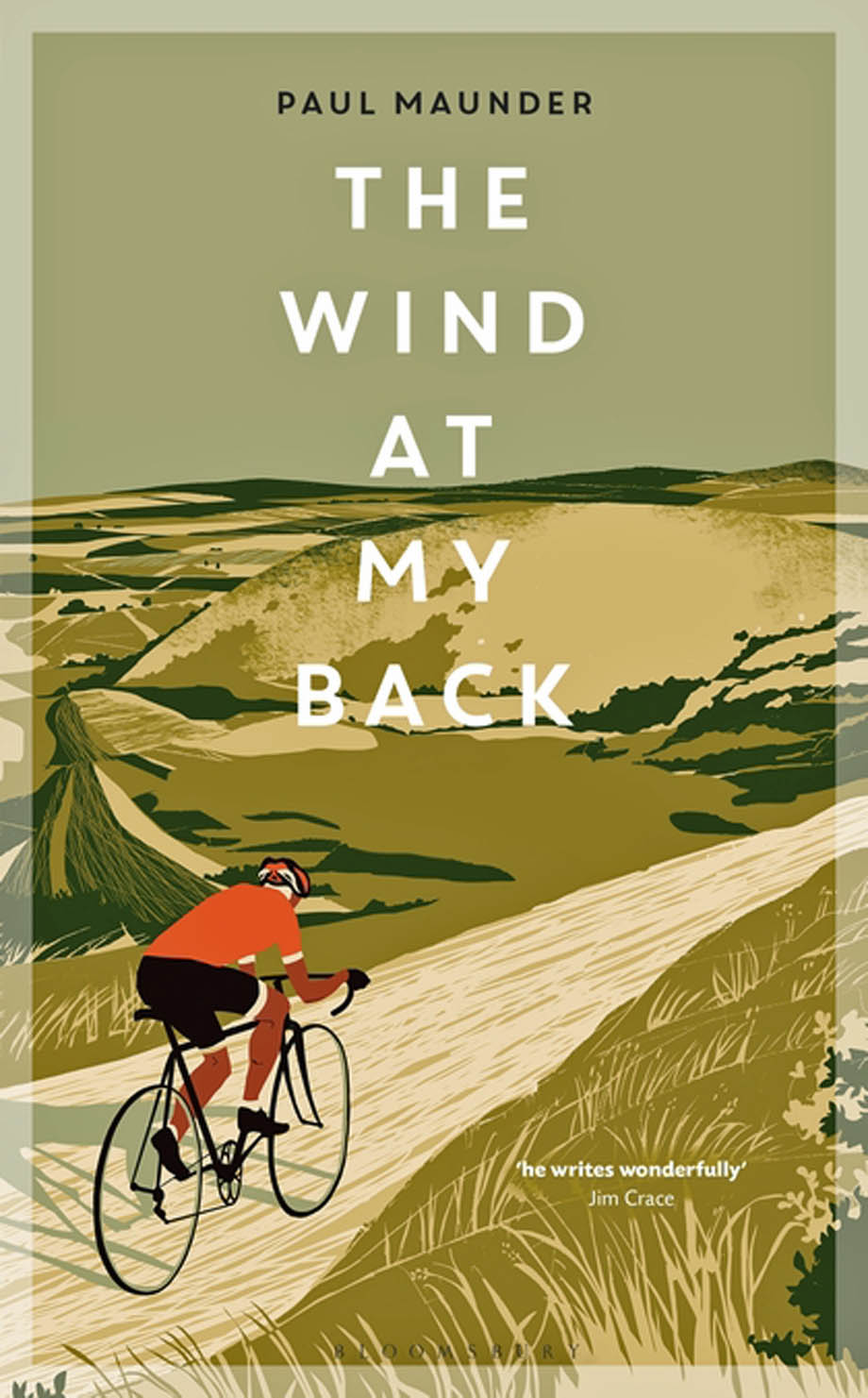 In cycling literature we have many genres: race history; bike technology; autobiographies of pros; travel suggestions; doping jeremiads and so forth. With cycling’s growth and more acceptable social standing, we see an increased number of what might be called the MAMIL self-confession genre—usually autobiographical pieces by (usually) middle-aged men who were never professional riders but have something to say about what cycling has contributed, or cost, them. Of course, the classic work in this direction would actually be a novel, Tim Krabbé’s “The Rider”, published in 1978 and still unsurpassed as a work of fiction devoted to bike racing. Another fine book from 2002 is “The Escape Artist”, by Matt Seaton about coping with personal tragedy by returning to cycling. Both books are mentioned in “The Wind at My Back” with approval. Not surprising as Paul Maunder is a literary person, and he considers himself a “novelist” in spite of never having one of his four novels published. But he also calls himself a “failed racing cyclist”. Yet we learn that his past cycling actually contributed greatly to his current literatry endeavours so all was not lost as this book shows.

From his beginnings as a cyclist in childhood, the author describes his local riding and the gradual expansion of his routes. While later on in the book he writes of climbing the great passes in the Alps, waiting for his family at the top, most of the journeys in the book are those that he accomplishes just by riding from home. He has a great affection for the English countryside, and even for cycling the mean streets of London. His close observations of the landscape are poetic:

It’s early March and a feather wind ushers thin streaks of white across an otherwise blue sky. Spring is already pushing through, green buds dot the hedgerows like confetti. Heading north towards Wantage, I spin through a wood. On one side of the straight road are beech, whitebeam, ash. On the other are rows of planted pine—cold, impersonal, dark. The sunshine now is only a pale yellow glow behind, branches. At this time of year the cyclist knows to dress for cold weather, the sky cannot be trusted.

In spite of his best efforts, the author never makes it out of the pack fodder classification in local races but one senses that he takes more pleasure from his touring around the rurual areas surrounding his home. Growing up, he discovers other distractions that gradually take him away from cycling: girls; rave parties; and literature. He writes of authors who have influenced him by their writings of the countryside, writers who are probably not widely read now but who offer a microscopic view of the places they visit. Maunder writes of “psychogeography”, a leftist school of thought that developed in the mid-1950s in France as an examination of how people interact with urban environments, much of it derived from just wandering around. This has a nice application to cycling. It should be noted that the founder of the movement was a notorious drunkard, although this may have assisted his aimless walking.

The author has a good deal to say about the nature of creative writing and how an idea—he has the example of a sinister military installation he rides by—does not in itself provide enough for a story. He struggles with his own wriring and comes to accept round after round of rejection letters as publishers lack the respect for his brainchildren that he thinks is warranted. But he eventually comes around to another form of writing when he discovers a ready market for non-fiction pieces about—surprise!–cycling.

“The Wind at My Back” is a rumination on cycling and life that has been carefully considered and artfully crafted. In particular, the chapter entitled “Summit” during which the author rides the Col des Saisies while covering the Dauphiné race, is thoughtful and introspective. Life imitates the race in that we climb, reach the summit, and then descend. There are mullings of why climbers are what they are and what makes climbs the stuff of myth. The metaphor of life drifts aparts: descents are not a slow winding down with regrets but an exhilerating measure of accomplishment.

The book is without a formal structure but is something triggered by memories of a life lived into middle age and “how did I get here anyway?” One cannot do better than conclude with the final words of the “Summit” chapter:

The landscape in which I grew up, in which I learned to be a cyclist, is not as remarkable as the Alps. It’s beautiful in an understated way, we might call it quintessentially English. We may also decide to reject that term for being too reductive and too weighed down with unfortunate cultural baggage. The cyclist knows that every landscape holds surprises, secrets. To portray a landscape as belonging to one simple idea means missing out on its true, more mysterious and shifting, nature.

Another thing every cyclist knows: you never fall out of love with your home roads. They are the neural pathways in your brain, and the arteries leading to your heart.

A graceful work, “The Wind at My Back” has much to offer those old enough to see what cycling has contributed to their lives, even if they consider themselves failed bike racers. 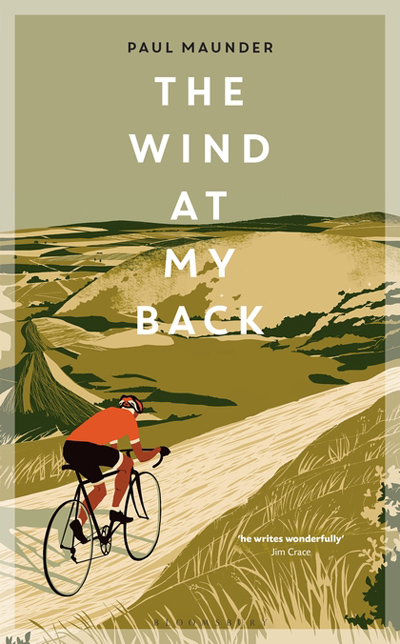 You can order ‘The Wind at My Back: A Cycling Life’ from AMAZON.

When not waxing bicycles chains, Leslie Reissner may be found waxing philosophically at www.tindonkey.com