Valentin Scherz led the Cyfac-Champion System Team p/b Revolution Wheelworks to victory in the 2010 MAC-Mid Atlantic Cross, stood on the podium with the best U.S. racers, and was ranked the number 1 U23 Cross racer in the World. While Valentin’s talents would surely have come out, his influence on national and local crossers, his Philadelphia host family, and a 2nd host family for his Swiss teammate Anthony Grand, was a direct result of this PEZ writer’s own cultural immersion program in Germany, Belgium, and Holland in 1991. 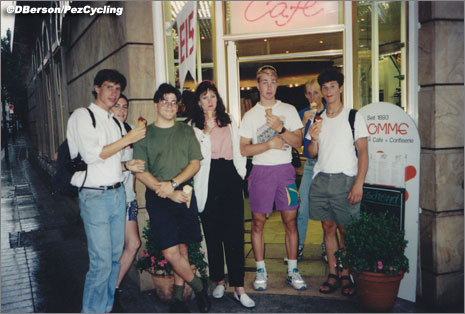 In 1991, a group from Team Hill-USA, comprised of seven category 2,3, and 4 riders, partnered with a German team, RV Siegburg, for six weeks of racing and a bit of exploration. We were to be housed with families from the team and do everything as they would. I did not speak the language and was the weakest cyclist on the team but I have never forgotten the trip and am still good friends with many of my Hill teammates and RV Siegburg host riders. 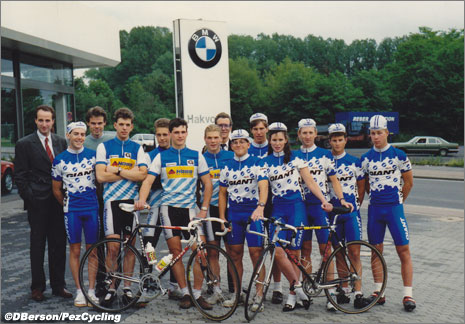 Our German team’s sponsor was BMW.

A few of us went to Belgium and Holland for another six weeks of racing once done in Germany. Upon receiving an E-mail in 2009 from an 18-year old Valentin Scherz looking for a host family to enable him to ride and learn English I went to my wife and said we have to do this, it’s my way of giving back to the sport I love so much. 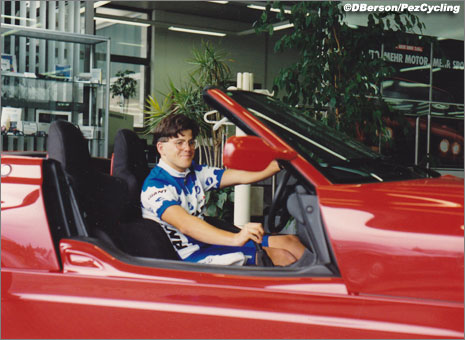 Valentin Scherz and Dave Berson in 2009, when the young rider first arrived to America.

I had no idea Valentin was such a good cyclocross racer but we were even more surprised at how nice, considerate, and helpful he was. My family loved him, local crossers found him approachable, quick to give advice, especially to teach riders how to tap the breaks and rocket your bike up to the shoulder like Sven Nys. (see video link at 40-second mark) 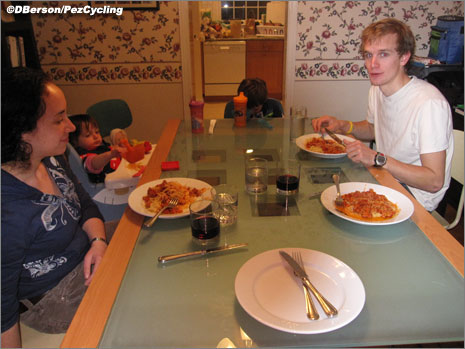 While independent, family meals are very important to host families. 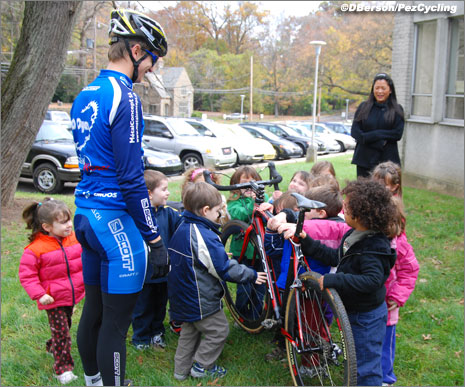 My son’s classmates loved Valentin’s demonstration and his bike.

Valentin gave a cyclocross clinic at my children’s school, jumped over barriers for them, allowed the class to lift up his bike, and had spoken to the children about riding safely and wearing a helmet. My role during the season was to make sure he arrived at the races and to man the pit for him, keeping things clean and handing off new bikes when needed. It was a great and successful season for Valentin and my family. 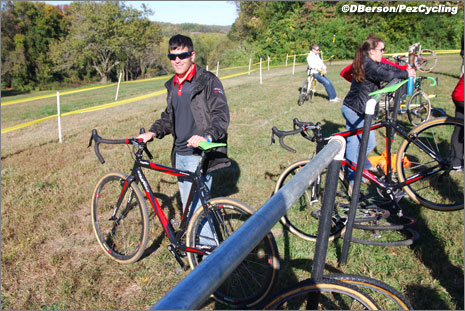 Sometimes I had a lot of exercise in the pit, sometimes none at all. But, I learned a lot in 2009.

We wanted Valentin to come back in 2010, but he still had his European season and 4-months of mandatory Swiss Military to complete. We knew he couldn’t come back just for a vacation. The Philadelphia Cyclocross School was starting to take shape. 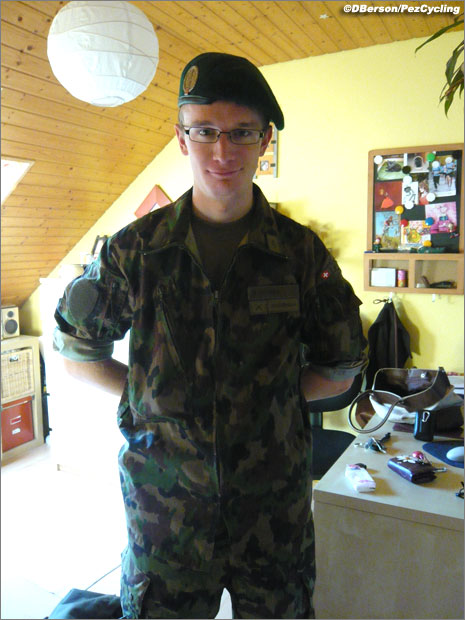 Thoughts of the new team created for him helped Scherz get through his military and then train hard for two months to prepare for the season.

Enter Jed Kornbluh, a long time friend and passionate cyclist. Jed thinks and acts big. We wanted to replicate the cultural experience felt by my family and Valentin for one or two families and the riders involved. The plan was to form a team around Valentin and one or two of his “preapproved’ friends, and three other Elite racers. 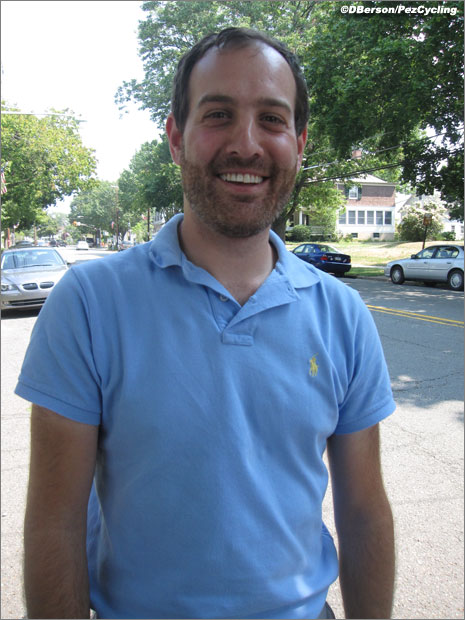 While Valentin would live with me again, all new riders from Europe would be housed with a junior racer in the program. This family would then take care of the rider, feed, provide shelter and “pit” work while forming lifelong bonds with their new families. We still needed clothing, equipment, and cash to make our dream a reality and it was already May of 2010, so time was short to prepare for the cross season’s first race on 9/11/2010.

Kornbluh not only thinks big but he acts fast. His friend, Charlie Issendorf, Vice President Sales & Marketing from Champion System was immediately on board as our clothing sponsor. Another of Kornbluh’s friends, Eric Sakalowsky, President of Cyfac USA, located just outside Philadelphia, was quick to provide frames for the team. Barry Wahner, a local chiropractor who I raced with had already planted a seed with us in 2009 by offering to help sponsor us if we did something for the following season. We told him our plans and he was in. Revolution Wheelworks had provided Valentin with race wheels in 2009 and was very enthusiastic about returning in 2010 for our bigger program. Other sponsors such as Tandems East, Fizik, Ritchey, Draft Master Racks, swissstop and SRAM came onboard with cash or product to get us started. Philadelphia Cyclocross School was proud to have created the Cyfac-Champion System Racing Team p/b Revolution Wheelworks. 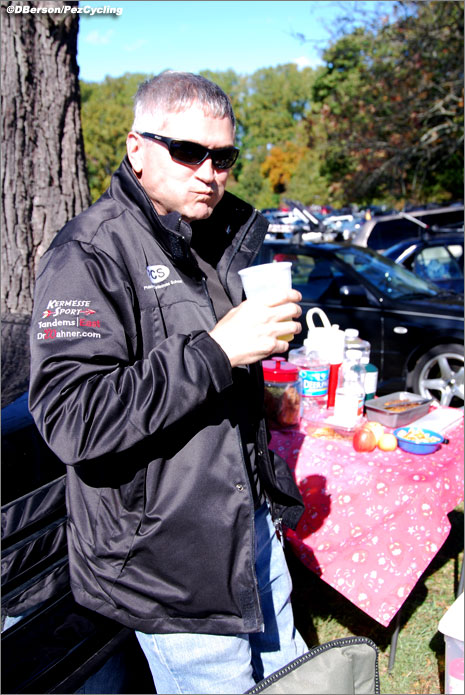 Dan and his wife Jodi hosted Anthony Grand this season. Their son, Julz, didn’t mind that one bit.

Anthony Grand is a long time friend of Valentin, a top Swiss mountain bike and cyclocross racer, and a super nice guy. With Valentin’s recommendation we arranged for Anthony to be housed with junior racer Julz Meier and his parents Jodi and Dan. 16-year old Julz has been on cloud nine all season and his father Dan has become the logistics manager for the team, setting up the team tent, firing on the oven, and scouting out the best parking locations at all the races. Armed with his camping knowledge, Jodi’s banana bread or chocolate chip pumpkin cookies, the PCS tent was always well organized and stocked with good food. 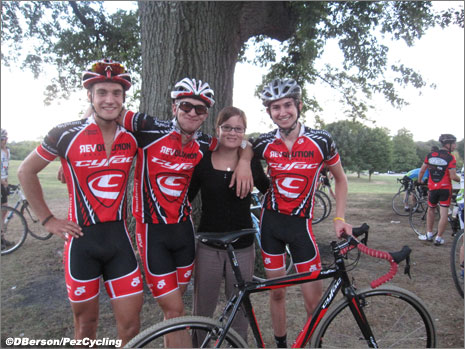 Our first junior in the program, Julz Meier.

Julz learned so much about training, diet, rest, tire selection, and race day ritual. Asked to describe his experience, Julz Meier said” it’s been an incredible experience to integrate another culture into my life.” He went on to say “that to live with someone from Switzerland, a country with such a dominant cyclocross heritage, has taught me a lot.” Asked what he took from the experience, young Meier said “apart from the skills I learned through training with Anthony, I learned to become an ambassador to the U.S. Cyclocross scene and also to life in America.”

Our U.S. group consisted of David Sommerville, Matt Spohn, and Kyle Peppo. Sommerville is not only an experienced racer but also a top designer and he created what I believe is one of the best looking kits on the circuit. Sommerville is also an expert mechanic and was responsible for looking after the riders following the hard races. 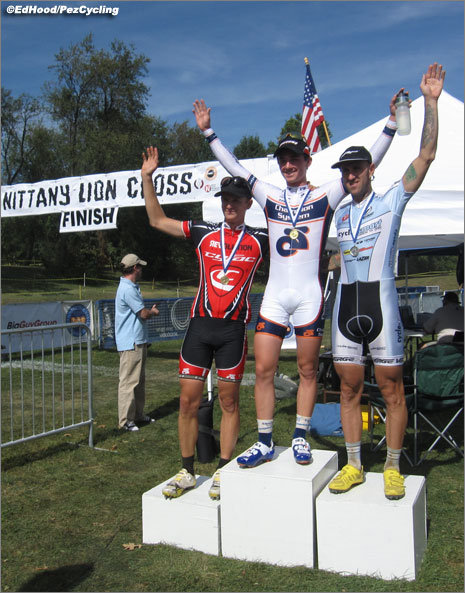 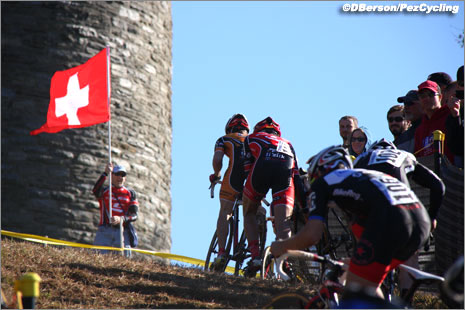 The team competed in the MAC-Mid Atlantic Cyclocross series of races from 9/11/2010 – 11/21/2010. We also attended Cross Vegas and select USGP and NACT events in Gloucester, MA, Providence, RI, and Louisville, KY, where the 2013 Elite World Championships will be held. 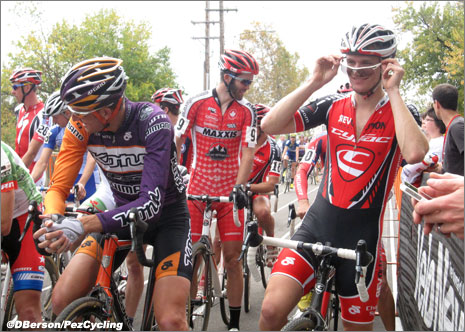 Valentin will provide his Swiss National Team with valuable course recon at the 2013 Elite Men’s course in Louisville, KY. Pictured at the start with Ryan Trebon. 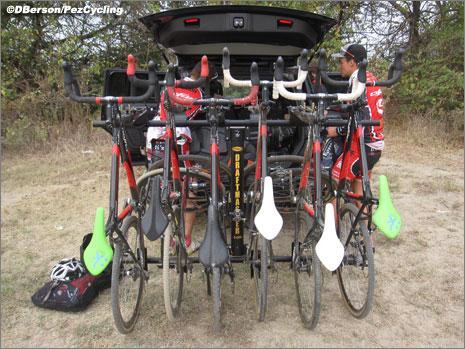 Our rack sponsor, Draftmaster, received a lot of attention and questions at events like Louisville, KY and Granogue. Simple answer is a set up like this is only $600 and it is so cool!

Our results were impressive for 2010. Not including the last two MAC races both Super Cross Cup events in NY on November 20th and 21st, the team had 4 wins, four 2nd place finishes, and multiple top 10-finishes. We also had several 1st and 2nd place finishes in the U23 category for NACT and U23 events. But most of all, we had great family experiences and a positive effect on the MAC Brotherhood/Sisterhood and U.S. cyclocross racing. 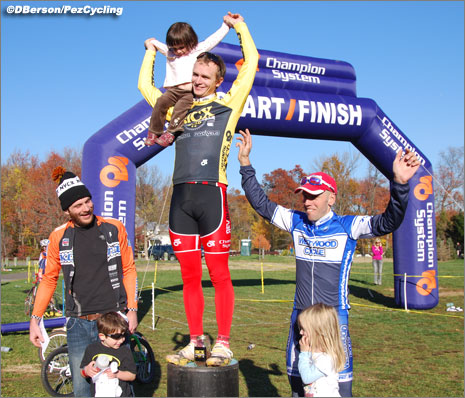 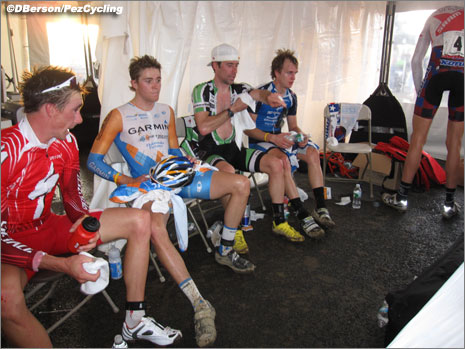 2009 was a good predictor of things to come for Scherz.

The Philadelphia Cyclocross School will return, bigger than ever in 2011. We are planning on fielding a strong U23 team to compete in not only the MAC but also USGP and NACT events across the U.S. Our European riders will again be partnered with select families to mentor juniors and help expand our mission of cultural exchange and contributing to the quality of racing in the U.S. This program of ours is “Pretty, Pretty, Good.” 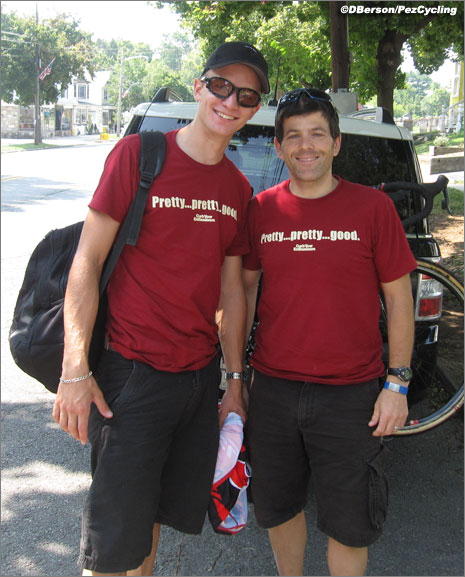 Valentin is a huge, ‘Curb Your Enthusiasm’ fan.