There’s nothing quite like the rush and adrenaline high that a truly great bunch ride can give you, the sounds, the sights, the competition – it’s addictive. Today we go inside the Giro dei Manetta training group in Milano as Italian cycling fan, journalist and photographer Angelo gives us his take on this famous group ride.

This article was first published in The Ride Journal, issue #2

Words and pics by Angelo Giangregorio

In autumn, club rides are fantastic. Summer’s suffocating, torpid heat and humidity have dissipated and the freezing fog of a northern Italian winter has yet to arrive.Plus the shortening days mean that we try to enjoy every metre we ride in daylight.

Moreover, the countryside in the southern outskirts of the city, under the rusty light of the evening sun, makes us doubt that we live in Milan, one of Italy’s biggest and most polluted cities. To be honest, they’re not really club rides, more the biggest gathering of all the amateur squadre, or teams, in Milan. 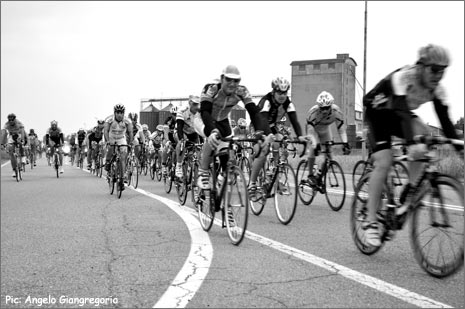 To be a bit self-aggrandising, it resembles the gang summit in the film The Warriors, as our group easily numbers 100 every Tuesday and Thursday during the season. We are quite famous here, just ask for the Giro dei Manetta.There’s no real direct translation – giro means tour and manetta means little hand – but what it seems to have become is ‘the ride at full throttle’.

It’s actually an unregulated race on open roads which has maintained the same route for years. Since my first attempts to complete the loop in 1980s, I’ve really changed the way I compete. 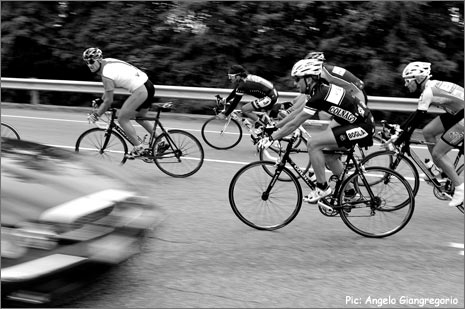 When I first started, I enjoyed the adrenalin rush of the competition, the rollercoaster course, the high speed and all the macho muscular poses that I thought a racer should have. Now I’m really enjoying what cycling is all about: not the adrenalin that you can find in almost every sport, but the smooth, rhythmic action of pedaling, the speed, the behavior of the bike at 50km an hour, the mental computation required to work out the right moment to jump off the front. Now I’m passionate about every aspect of the ride. 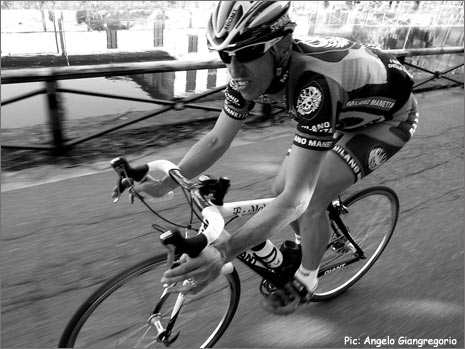 Despite the fact that these races count for nothing except personal pride, some Manettistas say that getting a good result is satisfying as in a real Giro. What you’re really fighting for is respect from the group – remember that macho attitude? Respect from your peers is writ large in the cyclist’s psyche. 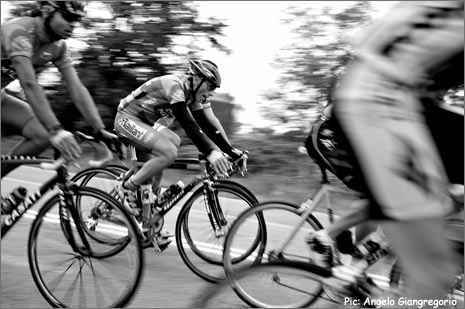 Just completing the loop is hard enough, but being competitive is another thing entirely. Apart from the high speed, dirty tricks are common: playing with traffic lights is mandatory and taking sneaky short cuts to calm the heart rate down before launching off the front is virtually compulsory. 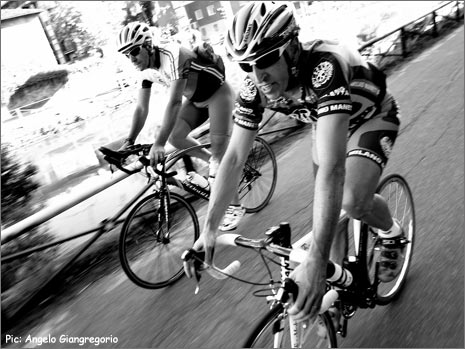 It’s a circus but luckily accidents are very rare and, thus far at least, never serious. All too quickly we’ll be in winter and the usual evening ride will be truncated: a sort of closed course with virtually no crossing and a short flyover to simulate a slope. The number of riders will be in direct relation to the temperature and I know that at some point (usually when it reaches freezing) I’ll be alone…

However, it’s in that precise moment that I start thinking and dreaming about how exhilarating it will be when spring arrives and I can look forward to a calendar that is full of dates marked in red which read: Giro dei Manetta. 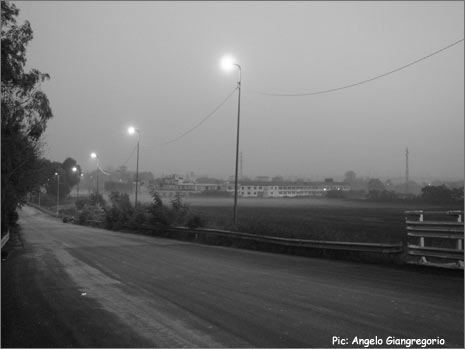 Pez note: Although there were cyclists without helmets and bending of the road rules featured in this story, Pez certainly does not recommend these actions, Angelo was simply reporting on what happens in his group ride in Italy. Keep your group ride safe!