…It’s time for the Cross Crusade! As the road season becomes a distant speck in the rearview mirror, and old man winter gets ready for his big show, autumn is a time for road cycling’s hyperactive step kid: Cyclocross. Come with as PEZ takes us inside Portland’s Cross Crusade, the biggest, muddiest race series in the U.S. Read on!

All across the land you can hear it: tire pressures dropping, cantilever brakes being centered, skinsuits being dug out, waffles being grilled, and heavy beers being opened. Yes, it’s that time of year again, Cyclocross. Throughout all cycling enclaves, barriers are being laid out, and folks are praying for rain. 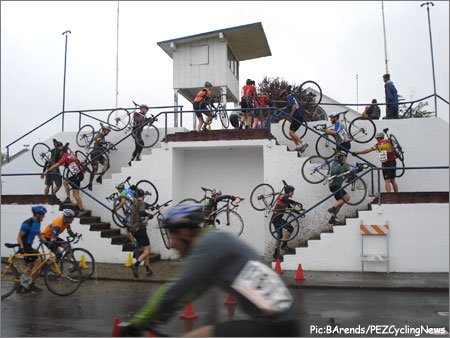 And in one place, Cyclocross – and one series in particular – is held in near holy esteem. The place is Portland, Oregon, the mecca of cycling in the U.S., and the series is the Cross Crusade, the most well attended ‘cross series in the country. This intrepid author donned the PEZ Blue to enter the fray.

While the big regional names come out, guys like Erik Tonkin, Ryan Trebon, Jason Sager, etc, the lower category fields also boast participants numbering the 100’s. The women’s fields are jam packed, too. The Crusade runs as 7 Sundays of muddy action in different locations, with series prizes and even scavenger hunts. The Halloween weekend is one of particular insanity, as costumes take the place of lycra, and getting a laugh from the crowd outweighs getting a result. 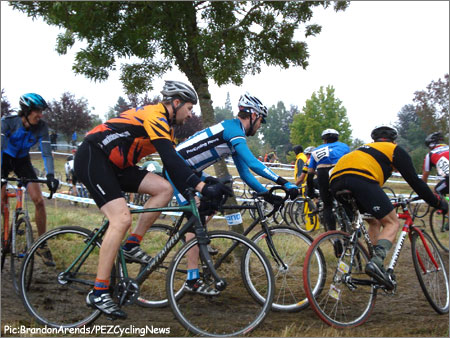 This past Sunday was the series’ first event held at a place named Alpenrose Dairy, an interesting complex that has on its campus a cycling track, little league baseball fields, an old Wild West faзade village, a dairy, and a lot of bumpy meadow surrounding it. It is through these hallowed grounds that a record number of 1,267 racers tackled mud and obstacle alike. 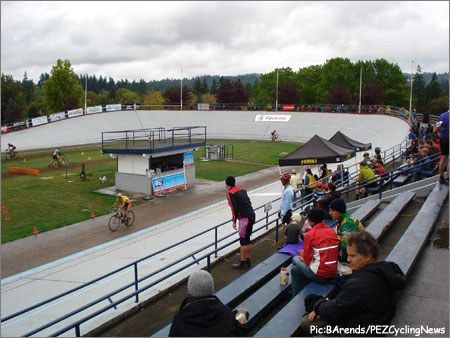 Yes, that wasn’t a typo. I was one of 1,267 racers lining up to do battle. I, for one, excel at mediocrity on the bike, and that facet is magnified when it comes to Cyclocross. Graceful, I am not. Handle, no can do. Bomb down hills because I’m fat – now that one I have in spades.

The scenes as the day progressed were ones to behold. Thousands of racers and spectators lined the course to watch all the action. Families, dogs, kids, guys, girls, folks dressed up like dinosaurs or Darth Vader, there was pretty much everything. The run up was a corridor of sound as racers felt the full vocal ability of those gathered there to cheer. 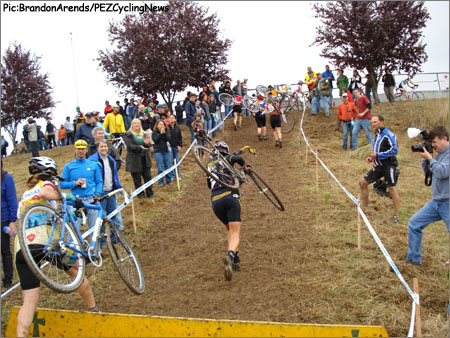 The incessant clanging of the cowbells was at times overwhelming. The unequivocal support for every rider, be they beginner or pro, was evident, and most likely a cornerstone of why this series is so successful. It’s been being murmured about it pubs throughout the city for some time. Hell, even the last road races of the year had the peloton in times of peace talking about cross gear or schedules or categories. 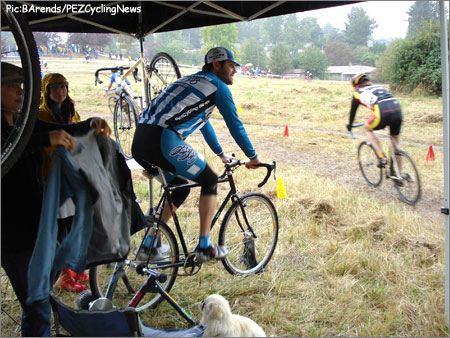 For this author at the start line, the excitement and energy were palpable as the rain, in its timely fashion, started to come down harder. The mud was assured now, as the track had been softened by some 400 racers previous to my event. I was lined up in the back row, and in front of me were 160 guys. Good god. After inaudible instructions from the race official, the whistle blew, and the mudfest began. Miraculously I found a seam in the defense as we departed, and managed to make up an obscene amount of places before we hit the first mud section, which served me well. 45 minutes later, lungs aching and face and PEZ jersey covered in mud, I was done. 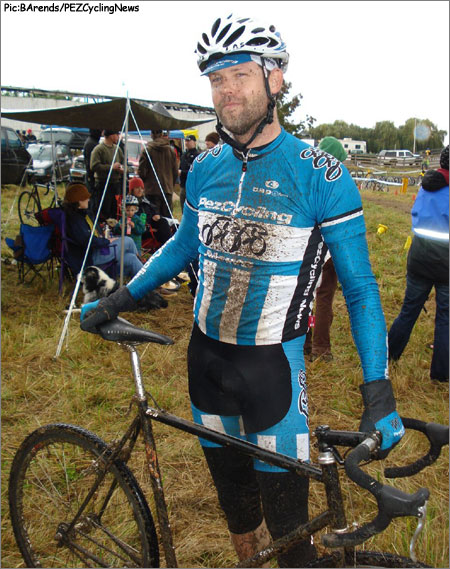 I had two bonafide ass-over-teakettle crashes, and one good laugh from the crowd after an unplanned dismount before the run up. I was descending the horseshoe and preparing to tackle the run up when my bike shot out from under me like a startled pony in the mud, but I somehow stayed on my feet. 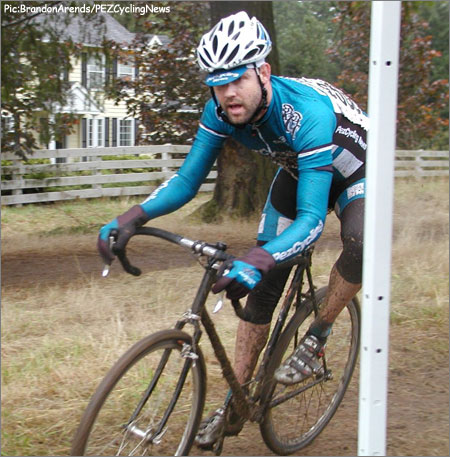 That shouldn’t have happened. Seeing no other option, I struck an arms-raised rockstar pose, much to the delight of the crowd gathered there. “First place in style!” said one. Ok, I’ll take it. All in all, I ended up in 65th place. Not too bad considering all the “X Factors”. Flats, falls, crashes, chains, mud clogging up drivetrains, almost everything could, and sometimes does, go wrong. PEZ luck got me through! 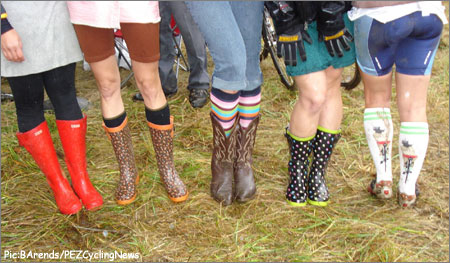 For a scene like Portland’s, that has already a rich tapestry of cycling culture, the Cross Crusade adds just one more facet to this shining diamond of a city.