PEZ Goes to the Movies: MAMIL

The acronym MAMIL for “Middle Aged Men in Lycra” has, from its inception several years ago in a British newspaper, always had something of a derogatory air to it. To the majority of people, MAMILs are Caucasian males of a certain age who shamelessly jam themselves into ill-fitting and disturbingly revealing clothing to slowly ride their incredibly expensive pro-wannabe carbon bikes while selfishly blocking traffic. But as a new Australian-produced film-its latest single night showings to be across Canada on Thursday, November 30-indicates, there is so much more to the story. 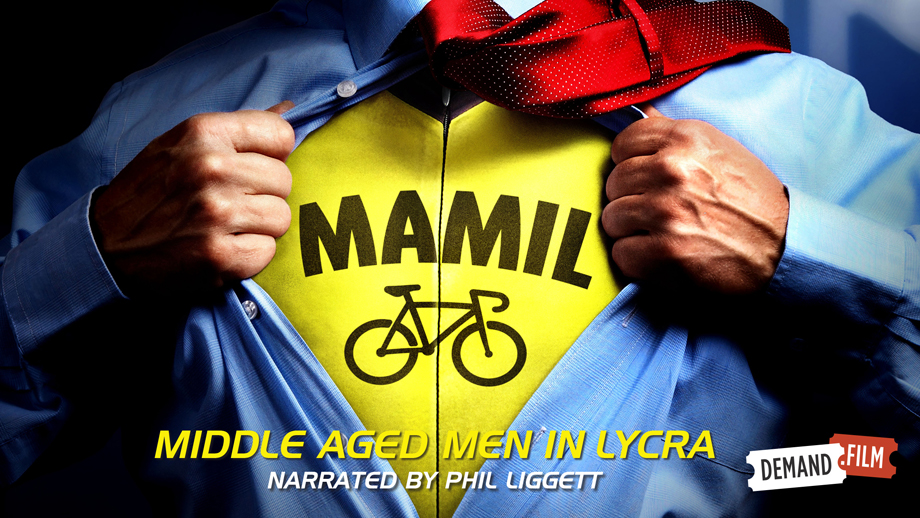 One would think that the term MAMIL, when first coined, would cause some cheap laughs and disappear soon enough. In fact, with the explosive growth of high-end cycling and all its accoutrements, including those carbon bikes and flyweight components, Alpine tours, advanced training programs, and even better Lycra, the MAMILs did not disappear at all but in fact the word was included in the Oxford English Dictionary in 2014. 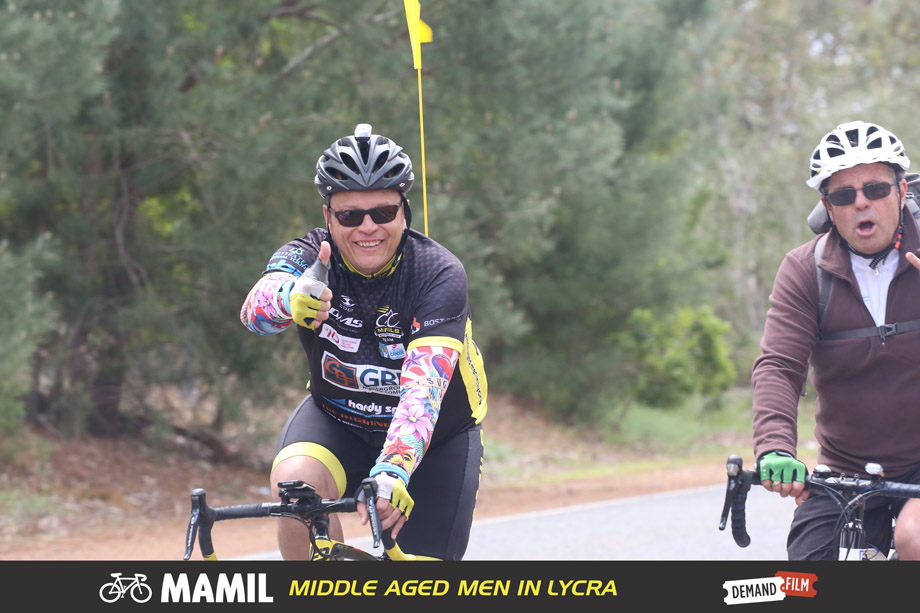 The MAMIL movie opens with a sequence in which a number of person-in-the-street chats in which the interviewees express their unparalleled revulsion at the wear of Lycra. We then go into the world of the MAMIL in Australia, with the Fatboys Cycling Club. The Fatboys, based in Adelaide and operating since 1995, are apparently the largest recreational cycling group in South Australia. The club looks like a pretty typical MAMIL haunt, with about 100 members, early morning group rides and a lot of socializing. This is from the club’s website: 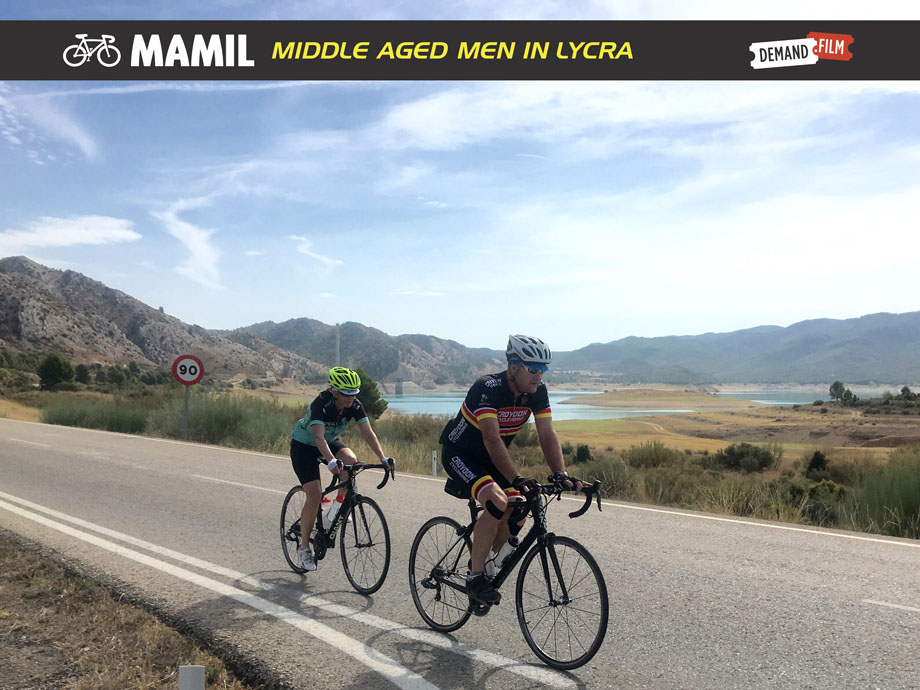 But MAMIL is about much more than “cycling prowess” as it tells not only the Fatboys story but of cyclists in Britain, New York, Minnesota and California as well. All of those profiled have very different reasons for cycling and it is clear that MAMILs are a group of great diversity. Cycling is an end to find some kind of fulfillment. 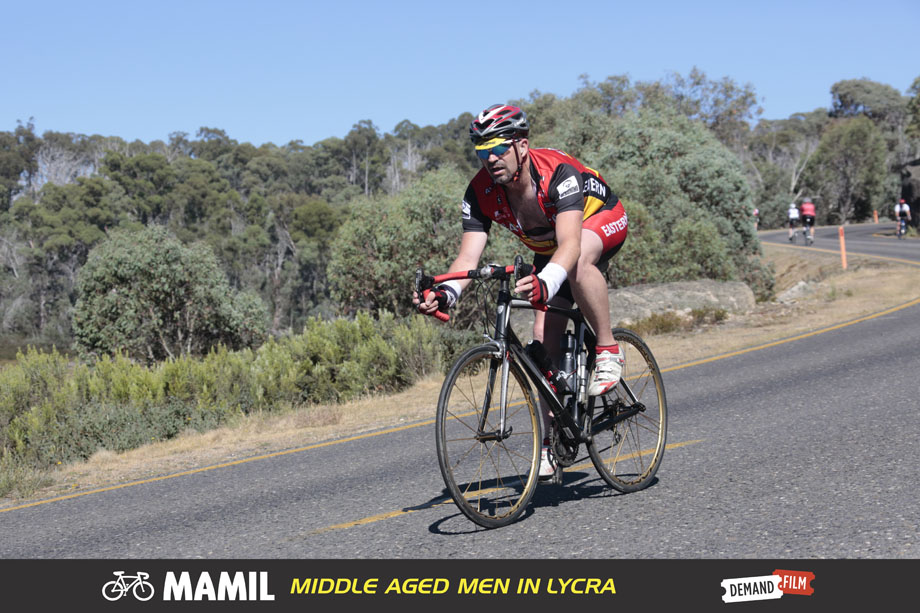 What are the different reasons for cycling? For many, like the Fatboys, there is camaraderie on the open road, the opportunity to push one’s physical limits with others suffering the same effort, to sit around and laugh about it all afterwards. A barrister from Australia with a high-pressure job finds a release on what he considers a self-indulgent vacation as he follows the Vuelta with a tour group. For some it is finding like-minded people, such as the gay cycling group in New York City, or the devout church group in Minnesota. But for others cycling has a much more serious purpose. 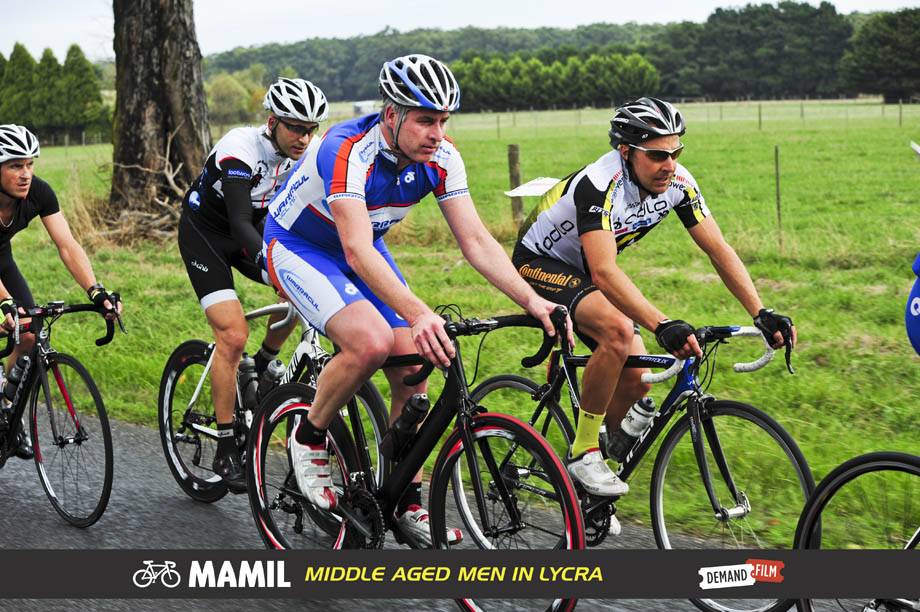 For example, the East Side Cycling Club of Los Angeles was formed when its founder, who was morbidly obese, asked friends to come with him as he started to ride and not only did his health improve but others joined in seeking the same kind of support. A British father of two seeing his fitness fall apart in middle age was determined to regain control of his life. Another in the UK learned that he had MS and discovered that while his unresponsive right side meant walking was difficult it did not affect his balance on the bicycle. A Fatboy found solace in his club as he suffered from depression. A paraplegic discovers a new world riding a tandem recumbent with his wife. A group of friends in Australia rallied around one of their number who was diagnosed with cancer and joined a charity ride and have formed their own club (yes, named MAMIL) that has raised a good deal of money. And an English rider, who regrets that he gave up too early on what might have been a pro racing career decades ago, grits his teeth and hammers away at local races determined to crush men half his age. 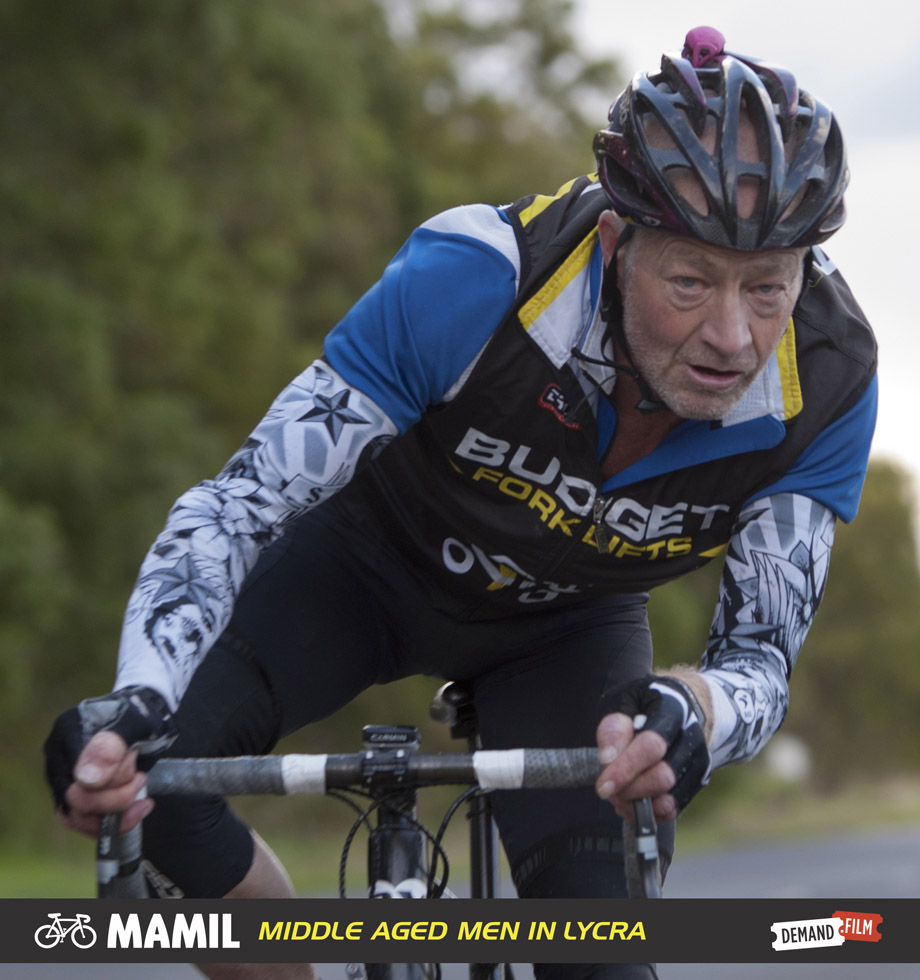 Of course, being a MAMIL is not without its downsides. The president of a local racing club has to juggle unpleasant administrative work and steps back, in spite of his success at it, when he realizes how much time it costs. There is time away from the family in order to train, the considerable expense of the equipment, and, worst of all is the risk of very serious injury. Several riders are rolling GoPro stations as they record encounters with hostile and dangerous drivers. There is an interview with what must be the world’s unluckiest cyclist, an Australian who gets confused about what has happened in his chain of life-threatening accidents, but who is back out riding with his club while wearing a neck brace. The president of the Fatboys breaks his back in a mountain bike crash. 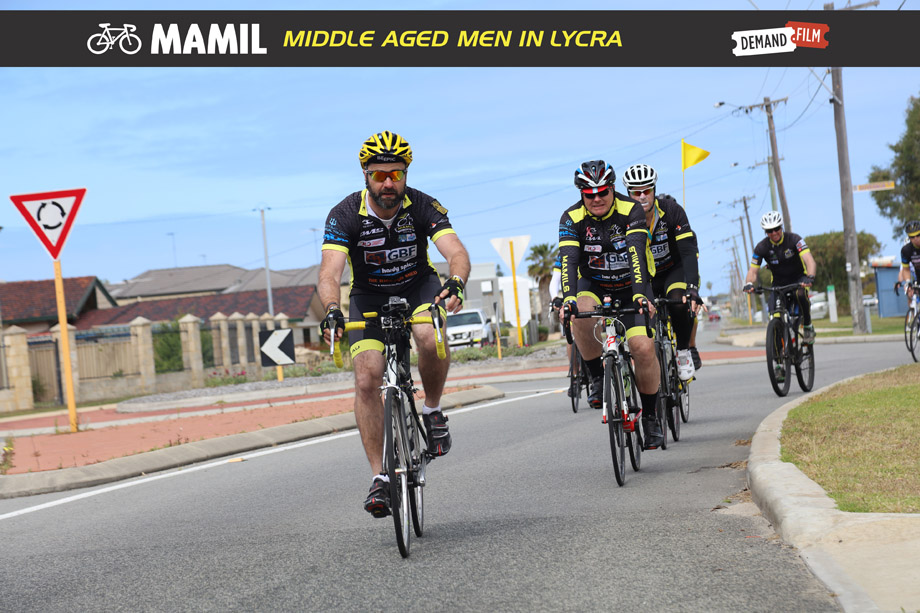 Being a middle aged male can be tough generally as it becomes an interlude to reflect on a half lifetime of accomplishment as well as goals unfulfilled. The clock is running and everyone in this often amusing but sensitive documentary is aware of it. The barrister, who is agonizing over his trip to Spain as he thinks it is short-changing his partner should be less stressed as she would only need to watch him in this film as he stands on the edge of the time trial course as Alberto Contador blasts by. He looks like the happiest man on earth as he watches.

“MAMIL” will be shown on one-time screenings in Canada on Thursday, November 30. For more information about these showings or to get the film into a theatre near you go to https://ca.demand.film/mamil/

While distressed that he can no longer be considered a MAMIL, Leslie Reissner still looks good in Lycra and can be found enjoying an espresso or two at www.tindonkey.com

Aru Wants Froome At The Giro