An end of year rant from Ed

Ten trends of 2022: Ed Hood may be getting soft in his old age as this ‘End of Year’ rant actually shows some signs of… dare we say it… acceptance. This year has seen many changes in the cycling world, mostly for the good, but then… Ed has his say on the trends of 2022. 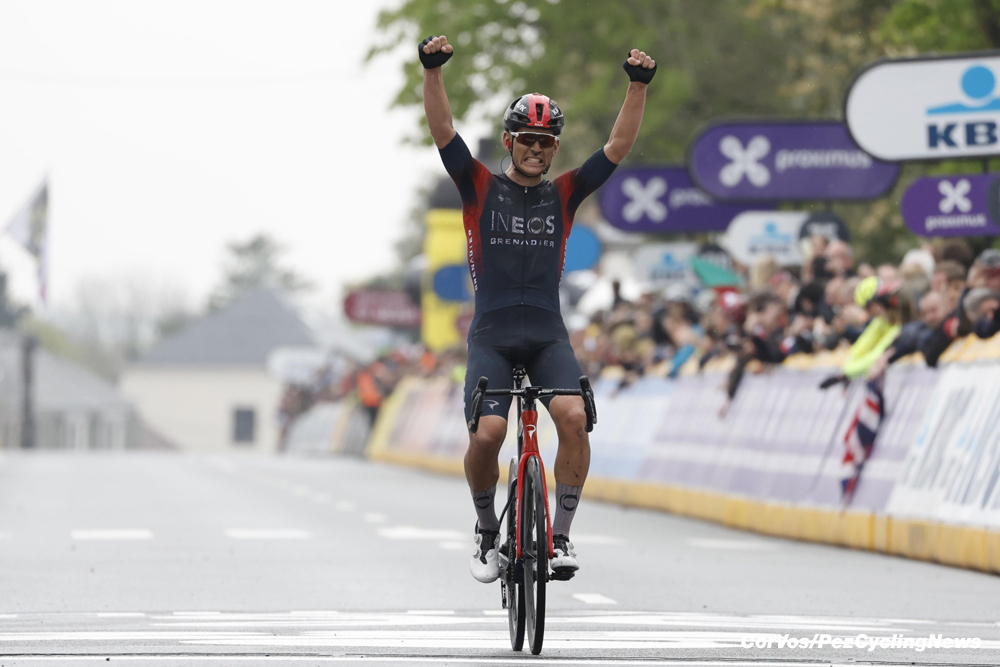 Trends, what were the trends we picked up on in 2022 and which are set to continue into 2023 and beyond? 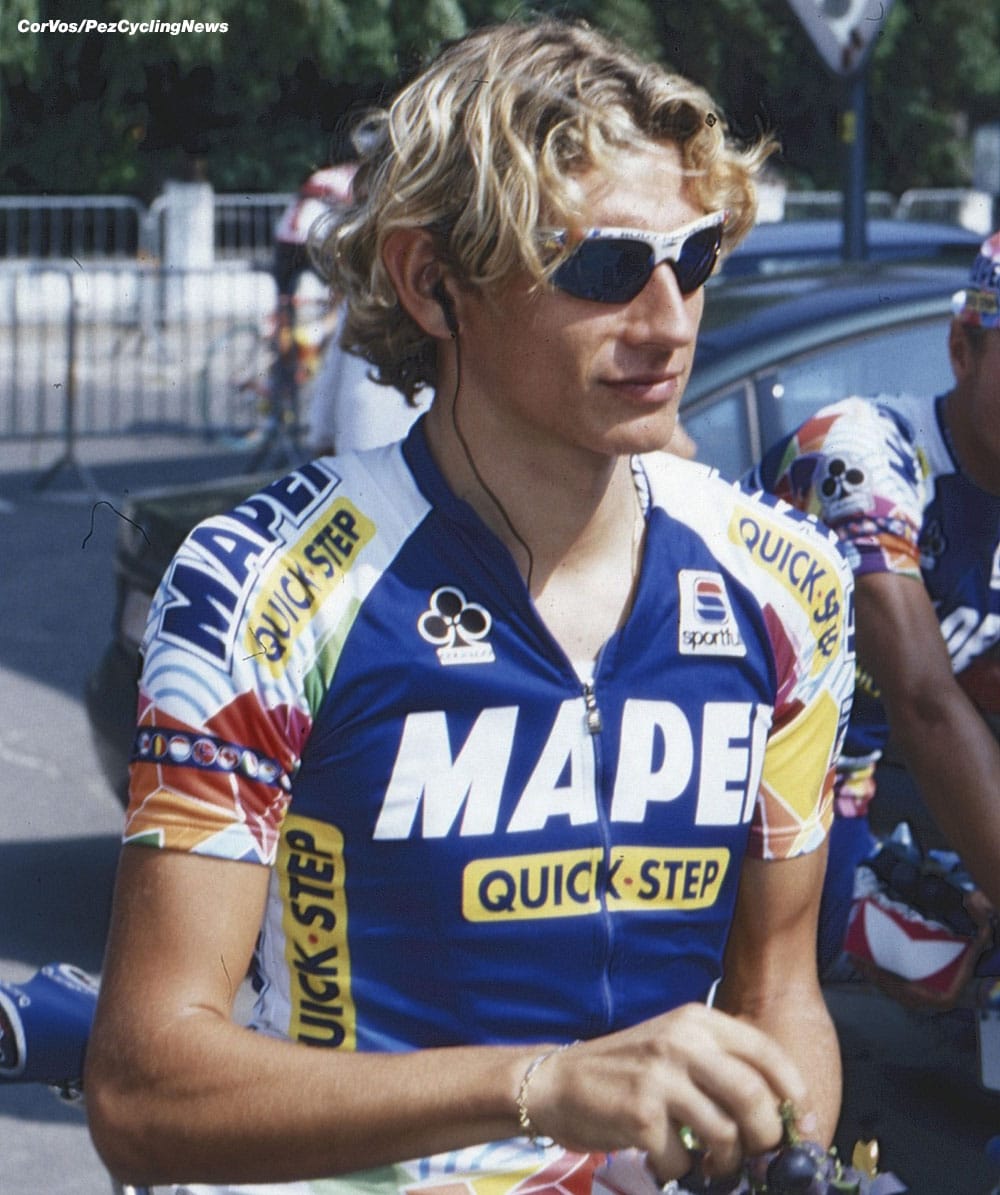 A young Pippo with Mapei 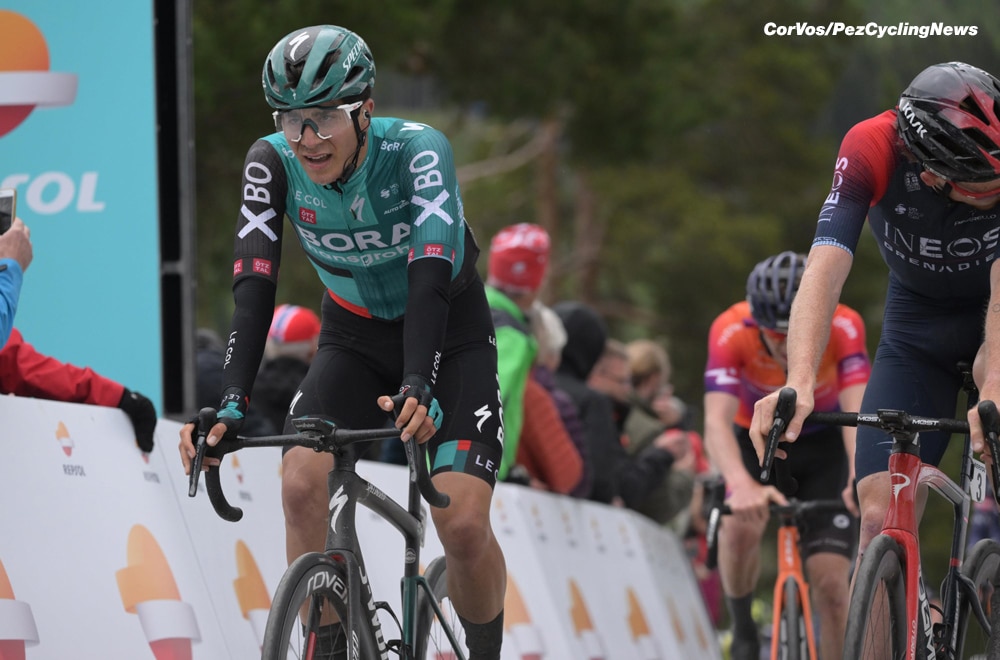 Cian Uijtdebroeks is only 19 years-old

The ‘but’ in all this is, ‘can they sustain?’  Is it likely they’ll have 15-year long pro careers with the expectation, physical and mental demands placed upon them from such a young age? Many say that the reason for the collapse of Frank Vandenbroucke was that he was living the life of a full professional from his early teens. Time will tell. But perhaps they’ll be happy to make their pile and head back to college – they’ll still be young men. 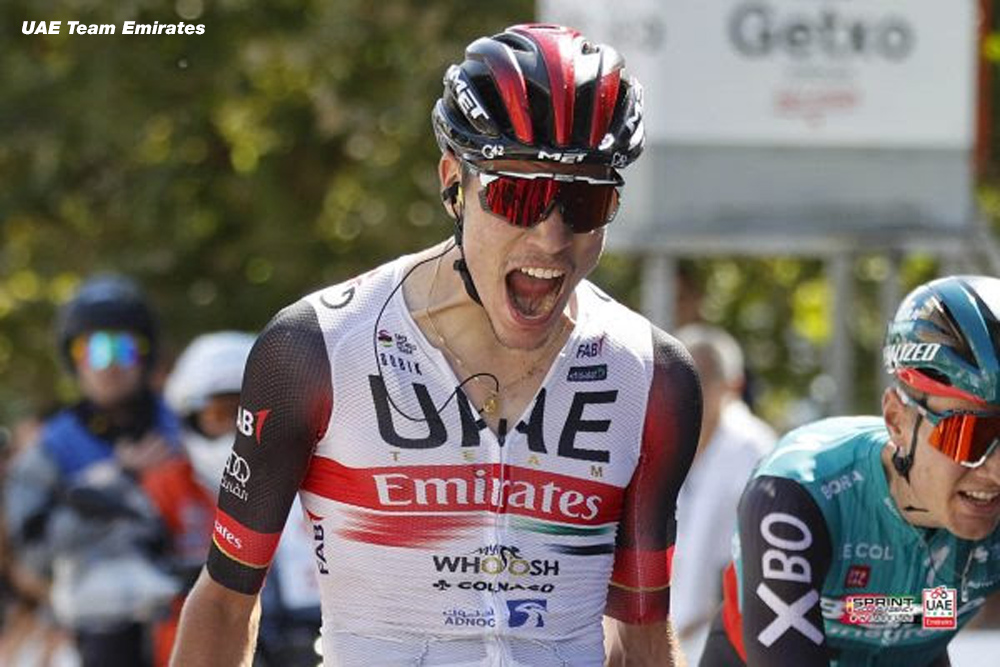 # 2) Long term contracts: The big teams who have the luxury of knowing that their sponsorship is secure for years to come are making sure that they don’t do all the hard work only to have their protégé snatched from under their nose. Aforementioned Sen. Ayuso is with UAE until 2028; Tadej Pogacar is with the same team until 2027 and Tom Pidcock is also with INEOS until 2027; Biniam Girmay – of whom, more later – is with Intermarche until 2026 and World Champion, Remco is also with Quick-Step until 2026. And I’d best not forget Scotland’s own 20 years-old Oscar Onley who recently signed with DSM until 2027. Changed days from when agents had to wheel and deal to get their riders a two year deal. 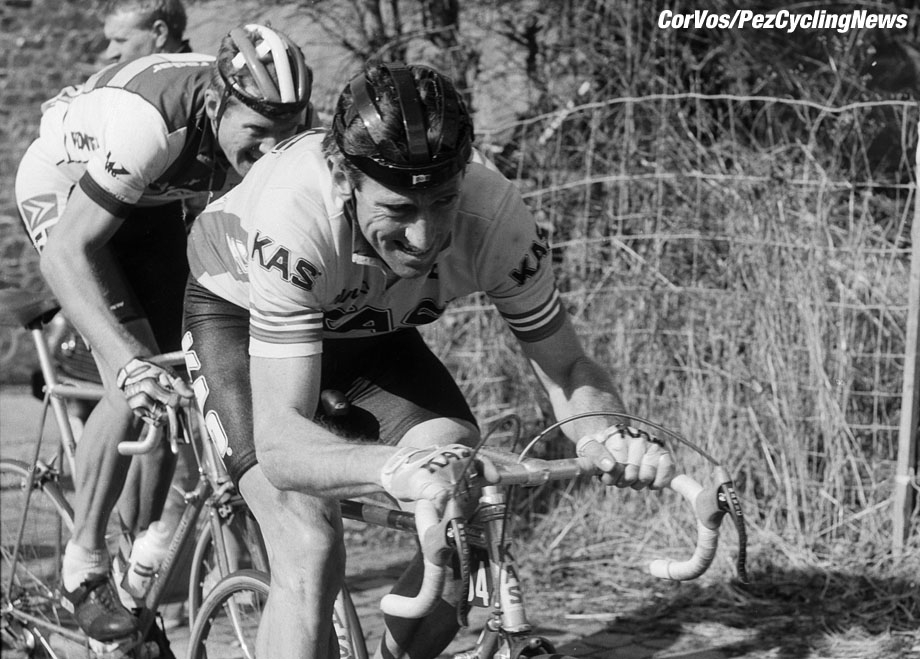 # 3) The rise of ‘Psychobabble’ in cycling: When I see words like ‘curated’ and ‘atelier’ used in connection with bike shops I can’t help but think; ‘what?’ It’s a simple sport, it’s greatest exponents, the likes of Eddy Merckx and Sean Kelly were men of few and simple words; and as the famous English road and time trial rider from the 50’s, Ray Booty once said when asked about the secret of his success; ‘well, every time a pedal comes up, I push it back down.’ Commentators, journos – keep it plain language, please. 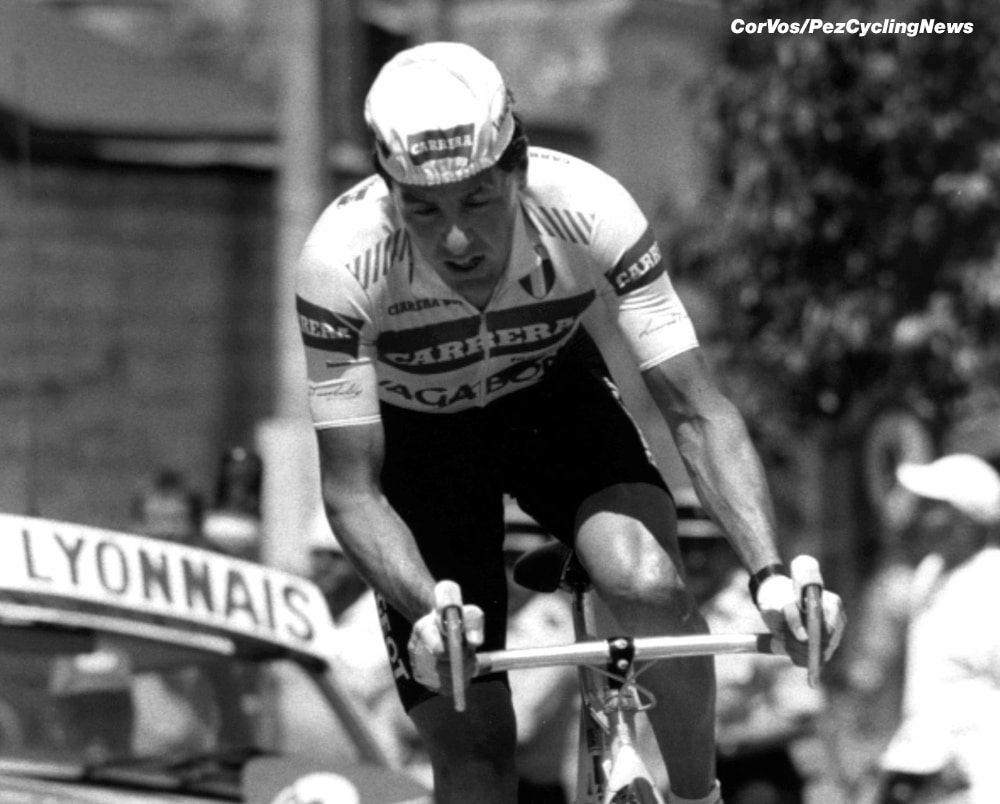 # 4) The Demise of the Long Tour de France Time Trial: Whilst ASO search for ever tougher climbs they’ve decided that time trials are boring and not what the public want. Wrong. In a flat road stage the peloton whistles past in seconds, in the mountains they’re slower and spread out over many minutes but in a time trial the spectator has a full day of sport to enjoy with a picnic and copy of L’Equipe so they know exactly who the next rider to pass is. Okay, it’s not 1987 and we’re not going to have 87.5 kilometres time tests but 50K would be nice.

# 5) Five Figure plus Sums for Bicycles as the Norm: A Planet X Carbon Pro with discs and wireless drivetrain will set you back less than £3,000, granted that it comes in around a kilo heavier than the bikes we see in the Tour de France but most of us need to shed a kilo or two anyway. It strikes me that the manufacturers just keep pushing the envelope to see what consumers are prepared to pay. And bear in mind that a high performance Honda CBR650R motorbike comes in at £7,729. . . 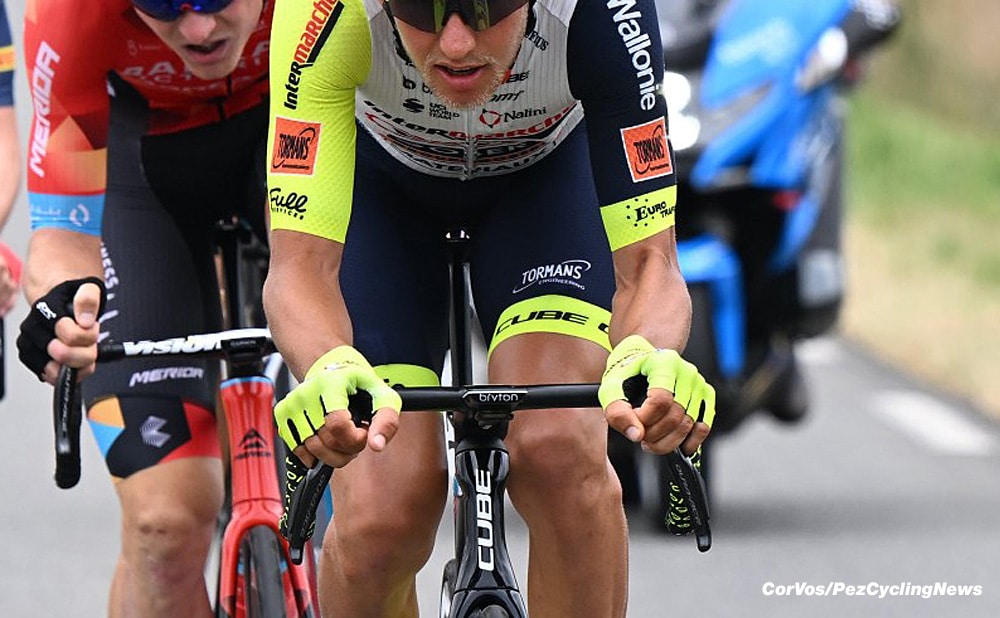 # 6) Crazy Handlebars: Yes, we know that, ‘aero is everything’ and that ever narrower ‘bars and inward canted brake levers may be aero – but easy on the eye they are not. But it’s the mode and oldies like me will just have to wince and accept that the young pros will chase every watt by whichever means they can. 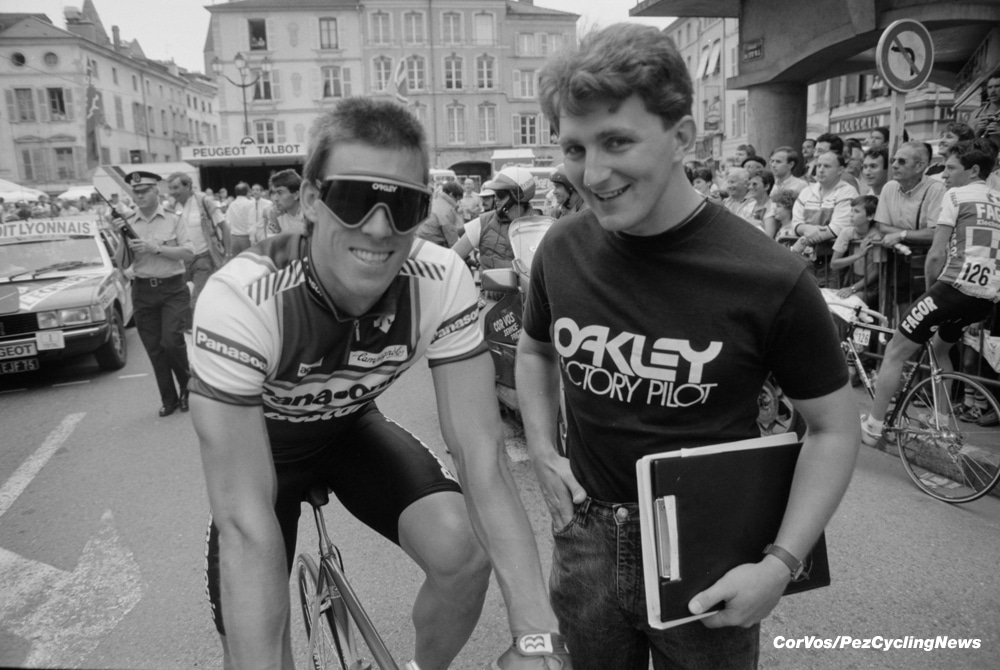 Oh Phil Anderson, what did you start?

# 7) Ever Bigger Shades: It’s all down to Phil Anderson and Greg Lemond, the standard bearers for Oakley Pilots in the 80’s – something many photogs lament along with the advent of the hard shell helmet. There was a spell when things were creeping ‘minimal’, but nowadays we’re back in the 80’s with the likes of the KOO glasses as worn by Mads Pedersen or the Ekoi glasses as worn by Remco. Let’s hope the fashion changes and we go back down the minimalist route, soon. . . 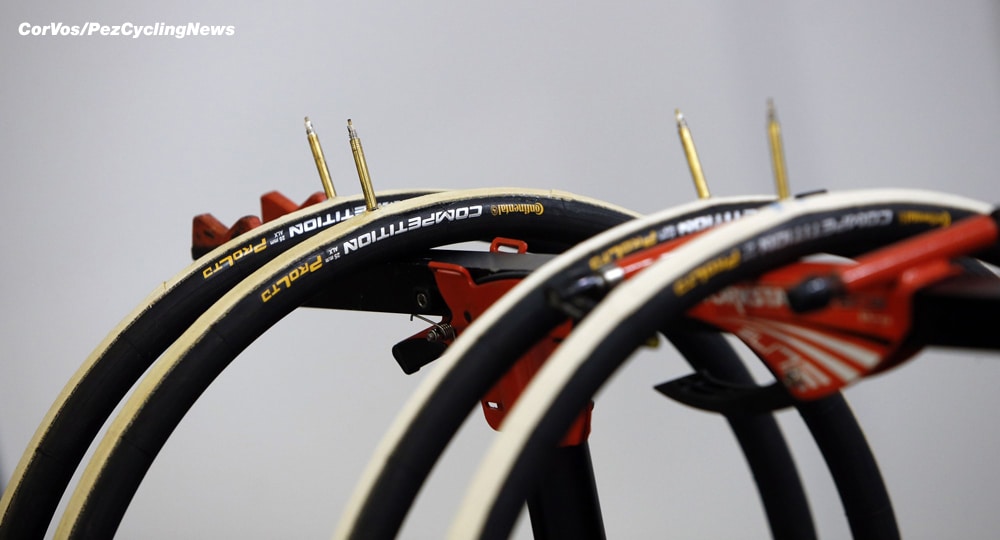 There was nothing wrong with tubs

# 8) Counter Intuitive Rubber: It was simple, right? For time tests, the narrower and harder the tubular, the better – makes sense, surely? You inflated your 18 mm Wolber Pistas to 200 psi and you were set. Not now, 28mm clinchers at around 65psi are the way forward – I still can’t get my head around it. And that’s before we even talk tubeless. . . 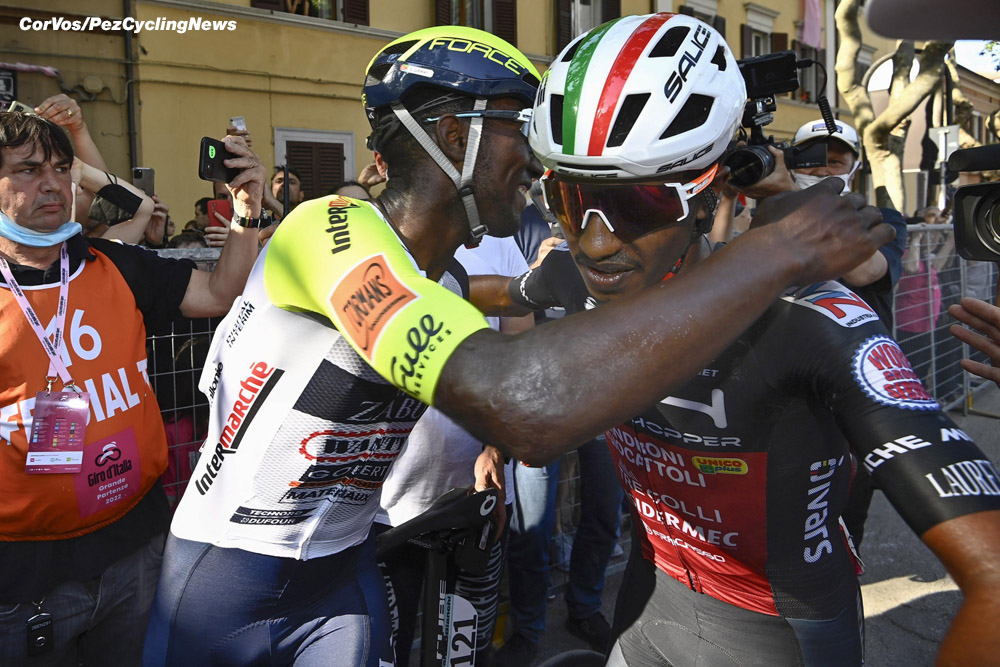 # 9) Africa: Biniam Girmay’s successes in 2022 reminded us that Africa just has to contain many more quality bike riders than the Eritrean ‘Classicer’. Remember Daniel Teklehaimanot who wore the polka dot jersey in the Tour de France and made the same jersey in the Dauphine, his own just a few years ago? And even before that Tekeste Woldu rode the ’68 and ’72 Olympics and won a stage in the 1970 Giro della Valle d’Aosta. Back in the 80’s soccer agents cottoned on to the talent that was present in Africa and now every soccer league in the world has African players. Africa’s equivalent of South American impresario, Gianni Savio, please step forward. 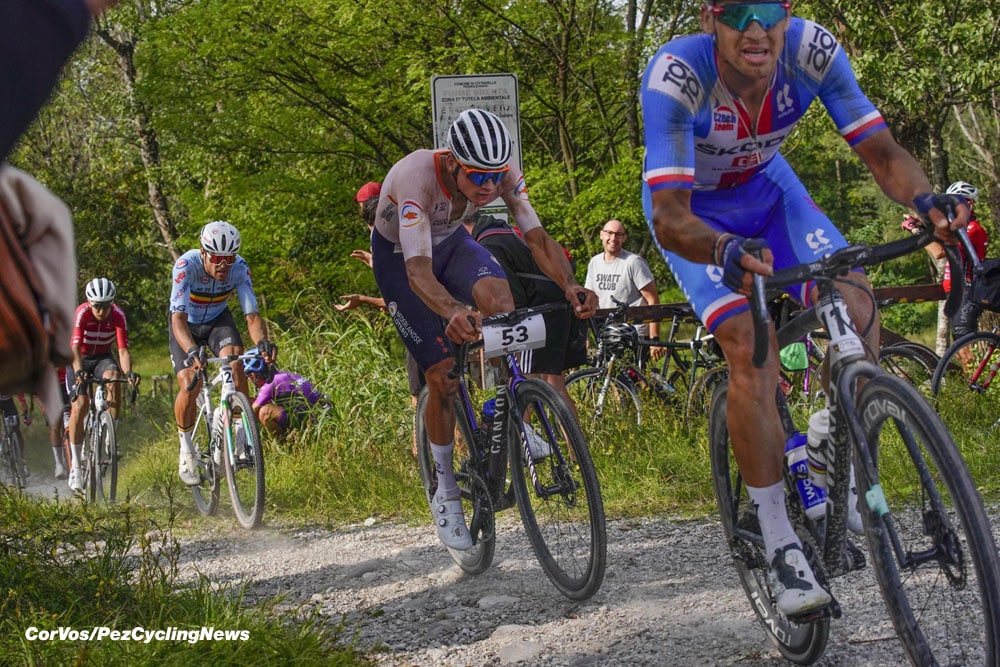 # 10) Gravel: You can ride non UCi races and after the event, where you may well have rubbed shoulders with ex-World Tour guys, you can have a beer and a burger with them. And best of all – not a car, bus or truck in site. It will continue to flourish. I just wish there had been Gravel before I got old and decrepit. 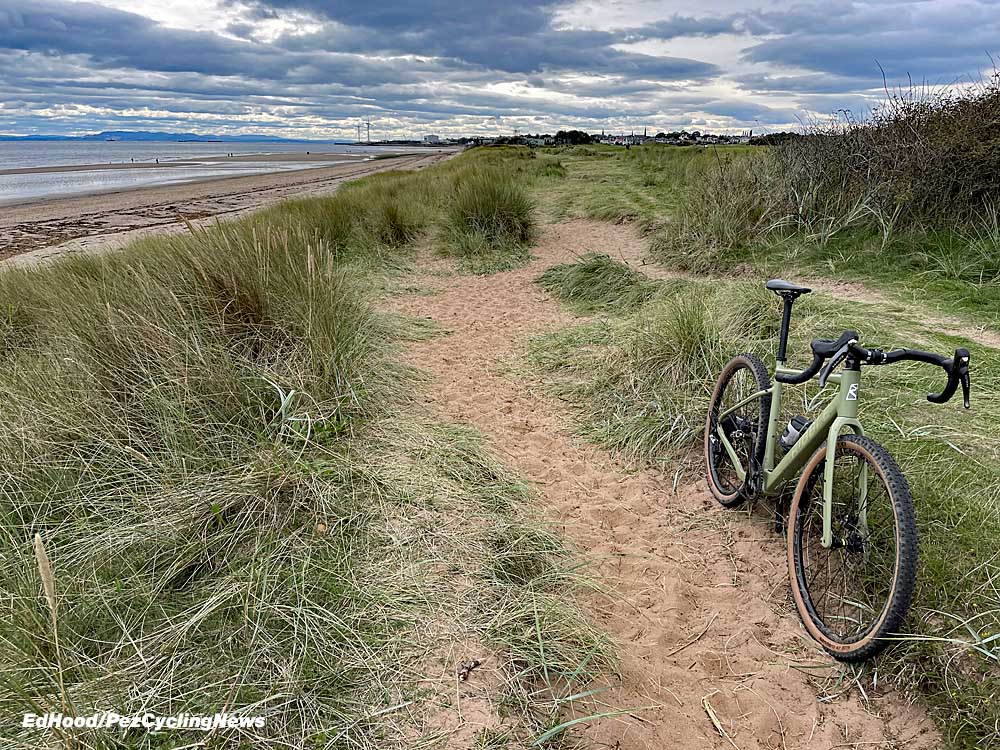 Ed Hood proving it is never too late

EUROTRASH Thursday: Crazy Cross Battles and All the Other Cycling News