PEZ-Race: Not Another Drug Story

Like a lot of bike fans the last couple of weeks have stretched my passion for our sport a little thinly, and whilst I№ve never been under any illusions about doping – the extent to which it appears to go on and at the very top level has seriously pissed me off. So PEZ-Man in the UK, Nick O’Brien, went local to see where the heart of bike racing is and always will be.

Whilst I’m getting to the point where I don’t really care about the individuls involved, all the scientific evidence that gets slung about, the guarded ‘allegedly’ statements, the mock shock from team directors, the leaked stories and general murkiness of what is cheating whichever way you cut it.

However what I do care about is my enjoyment of my sport and of late thats been lacking a bit. I like to believe in a bit of healthy competition, the rewards of hard work, I like to believe that riders can gain an edge by racing smarter, by suffering more and wanting to succeed more than the rest of the Peloton on the day – not by doping, but cleanly, in a true test of speed, endurance, skill, stamina and most of all ‘sportsmanship.’ You may think I’m naive but I firmly believe this desire still exists in the majority of cyclists at every level and so when I was asked recently to cover a UK domestic race close to where I live, I decided to try and re-kindle a bit of that simple enjoyment! 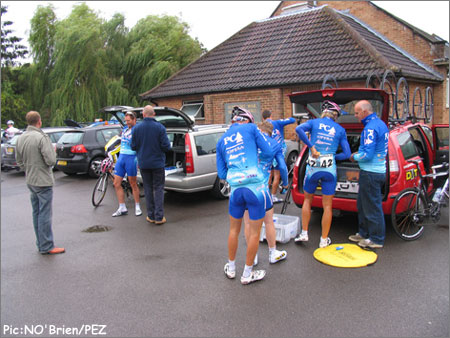 Forget about the Glamour side – this is real grassroots stuff – perfect to get back to the basics and help me rediscover why people are prepared to get up at 6am on a wet August Sunday.

The day did not get off to a good start, despite being mid August, rain was in the air as I turned up at The Python Road Race HQ just outside Windsor ( as in the Queens Castle ) in the Royal county of Berkshire the regal setting did not make this a glamorous race and although the start list was probably the best in the South of England, with a mixture of Pros, Elites and local fastmen it still had a very low key feel about iit as the riders gathered at the local village Hall. 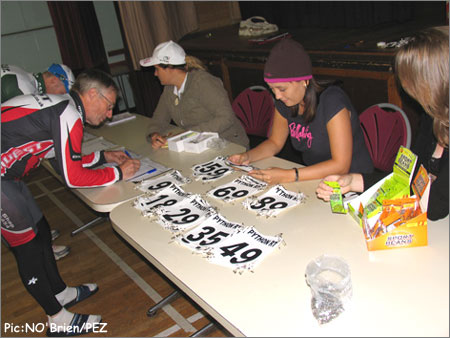 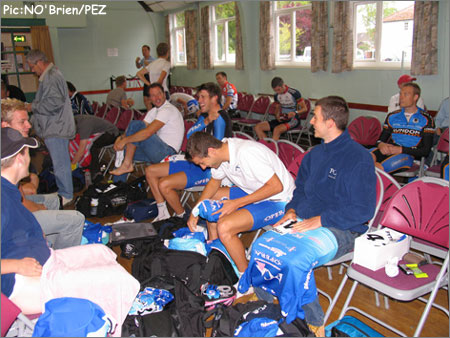 …but the banter and anticipation in the changing room is the same at any race.

As I watched the riders build up their bikes and pin on numbers it occurred to me that this was such a contrast to the larger Pro Tour events I№ve been covering through the Summer and yet there are still so many similarities that are the foundation of our sport. The commitment and desire for starters – OK many of these guys may not have the luxury of full time mechanics of say Rabobank or the training camps of CSC but you could see by the way their gleaming bikes were assembled and the hours of training ( often based around full time jobs ) they put in each week that they wanted it just as much as the top boys over in Europe – and that’s the attraction to compete – have you got what it takes to suceed? To overcome the ever worsening conditions, the other teams tactics, the cross winds, its exactly the same principle, the same effort goes in and the same enjoyment is returned its just the prize money is a little less…ish! 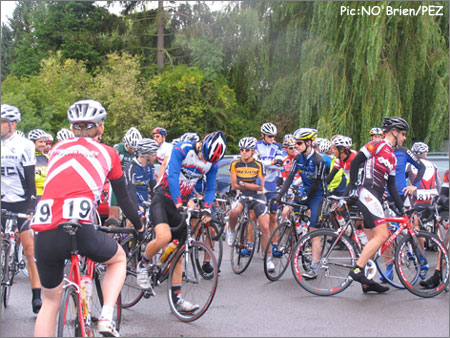 Weekend warriors rub shoulders with seasoned pros at the start – all eager for a bit of Glory.

As races go it was fairly lively from the end of the neutralized zone with many riders trying their luck in ones and twos, none of which gained more than 20 seconds on this exposed rolling course, but all of them having a dig in the true spirit of racing. – even though realistically they knew they would not last for the 140km distance out front. 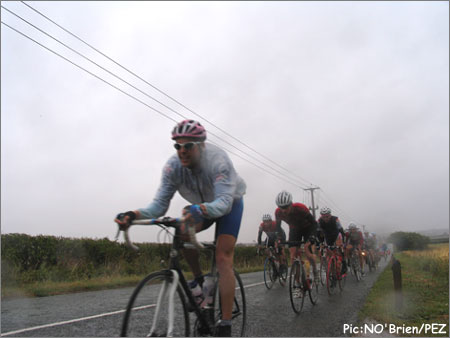 As the wind and rain lash down the race starts to split and I began to regain my respect for a sport that rewards the strongest!

The big favourites on the day were PCA / Plowman Craven led by exTour rider Malcolm Elliott they looked to be in the driving seat until a break of 8 formed with not a PCA rider in sight. With Team GWR and AgiskoViner forcing the pace they gained a maximum lead of around a minute. With no let up in the rain and the cross winds taking there toll the escapees were caught with 30 miles remaining. At this point a stronger group of around 25 riders formed with the remnants of the bunch resigned to the fact that they would not see them again.

You’ve still got to respect these guys and indeed that’s inspiration in itself to see them continue round in atrocious conditions just for the honour of ‘Finishing.’ This is what I like about this sport it’s hard, there is no hiding, you№ve got to be up there to get results so even with a bit of Bluff and ‘sitting in’ you are still participating in a sporting contest with all the unknown factors that have to be overcome to achieve the win. 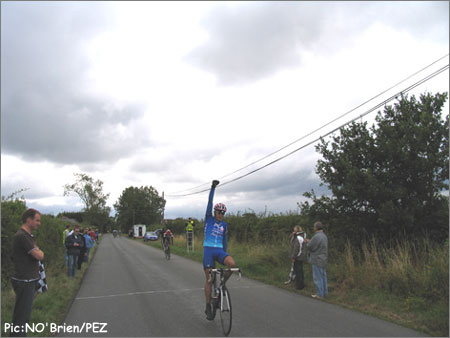 Freddie Johansen wins by lengths… no wonder Magnus Backstedt is tipping him to be the biggest thing to come out of Sweden since Volvo.

For many, that dream never becomes a reality but for some all the hard work does pay off and that talent and ability ( that inspires us all across all standards ) comes good. And that’s what happened today when Plowmans Cravens 20 year old Freddie Johansen clipped off the front in the closing miles with only Team Quest’s Colin Roshier able to go with him, he held on for the win. Malcolm Elliot led the remnants of the break in seconds later for third. And if you need an illustration of the true spirit of cycling you just had to look at Freddie’s face as he crossed the line in front of his Family who were visiting from Sweden.

A great win for a talented young rider that shows that, hard work combined with natural talent will pay off, expect to see a lot more of Freddie especially as his fellow countryman and mentor Magnus Backstedt is helping guide him on the first steps up the Pro Ladder to achieve his dreams – and Operhaps№ we can all still be a little bit more confident that the dream can still be achieved cleanly and without cheating…and get back to enjoying our sport again. 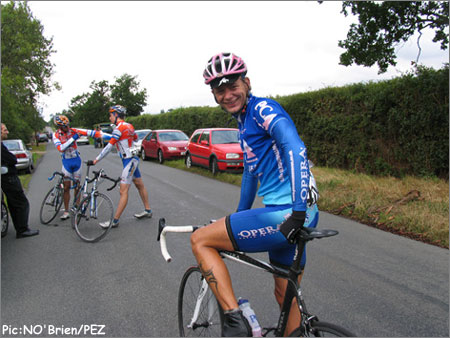 Look at that smile, you’ll definitely be seeing more of that over the coming seasons. 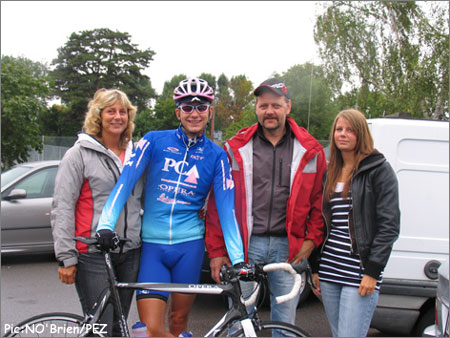 One for the Family album, proud mum, dad & lil sis pose with the winner a young man living the dream.

Magnus Maximus: From Denmark To Dope