An Englishman, a Frenchman, a Basque, a Welshman, a Spaniard, and a Canadian head out on a bike ride… No, seriously… that’s what we did today in Freiburg, Germany, as we prepped for the next 3 stages of the Giant Tour…

PEZ Relaod: In 2005 I was invited by Giant Bicycles to join a select group of cycling journos to ride 3 stages of the cylcosportif version of the Tour of Germany, it was a fantastic experience, with many hilites – like riding with former World Champion Abraham Olano.

——–
Here it is – report #1! After the usual 30 hour travel day from Vancouver to Europe, we’re almost live from the southwest corner of Germany – it’s cloudy, rainy – and after a morning of fitting up our new Giant TCR Advanced T-Mobile road bikes, and Giant TT bikes – followed by an afternoon 80km across the lush vineyard-filled countryside – I can speak on behalf the entire international media team assembled here by Giant when I say: we are LOVING IT! 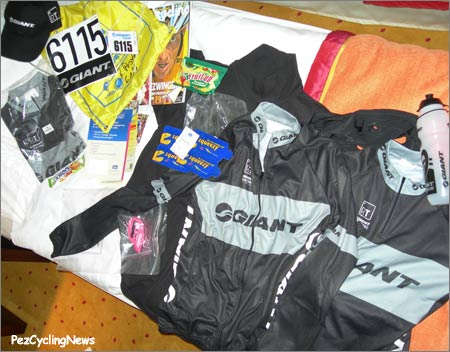 • You can’t be on the team without the proper kit – Giant set us up with jerseys, shorts, hats, golf shirts, official race numbers and all the cool swag us ‘international journos’ expect!

It’s August and we couldn’t care less – we’re having too much fun – feeling important. I was met in the Frankfurt airport by our team soigneur Stefan, holding a big Giant sign – that’s my ticket. He led us to the car and who do I hop in next to…? Abraham Olano. ABRAHAM OLANO -! The man himself. Very cool. 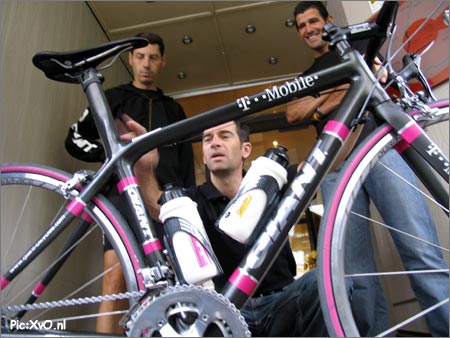 Olano doesn’t speak much English, but we soon found we could converse in Italian. Since yesterday I’ve found he’s pretty chilled – working for the Vuelta as a technical director helping to layout course routes, he found time to join us droolers for a couple day’s riding. Today he helped set up my position on the tt bike – oh yeah. 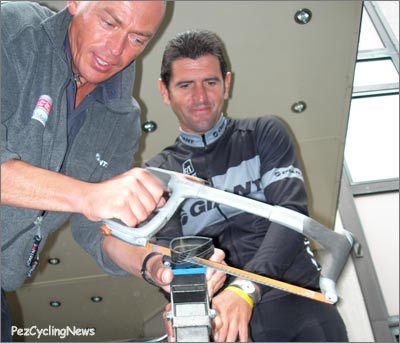 • Two-time World TT champ Abraham Olano has arguably the lowest profile on a tt bike – so when it comes to fit – he knows his stuff. Here he holds tight while our ace-mechanic William Hebing cuts the seatpost down to size.

I had a semi-solid 6 hours of sleep in the last 2 days, but after testing the legs on today’s ride – am actually psyched for tomorrow’s first leg of the three we’ll be riding of the Giant Tour. Here comes 75km featuring 3 climbs – the last two are around 10km and 12 km and we’re told the temp is around 8° Celsius on top.

I’ve gotta get some sleep before tomorrow’s 7:00AM wake-up call, and it’s now almost midnite – so here’s a few pics from today… 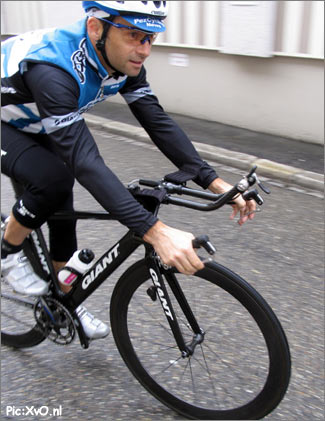 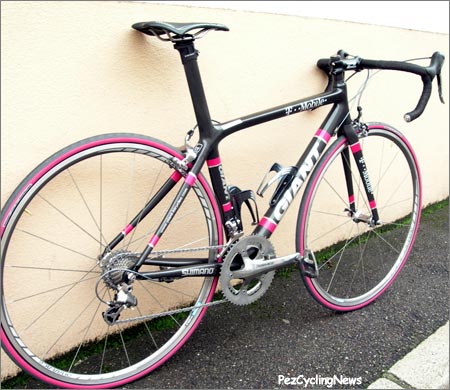 • How SWEET it is: The newest TCR Advanced – not available to mortals – and raced only by the T-Mobile squad at le Tour – that is until Sunday when yours’ truly lines up for Stage 6 of the Giant Tour. 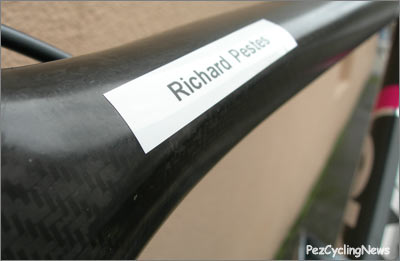 • There’s something extremely cool about having a bike rolled out with ‘your’ name on it. (I know… now I’m just showing off…) 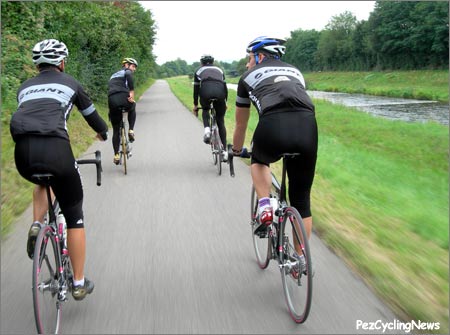 • From Here You Can See: what much of the early 90’s bunch used to look at – Abraham Olano’s butt. The happy Spaniard shares ride leading duties with our host – Giant’s Tom Davies. Olano spent most of the day spinning his 34 tooth (!) chainring. Can you say: ‘supple’…? 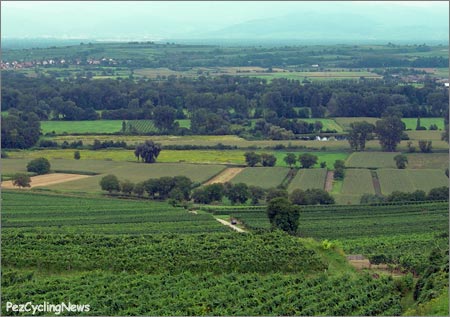 • Looking back to Freiburg from one of the day’s hills. 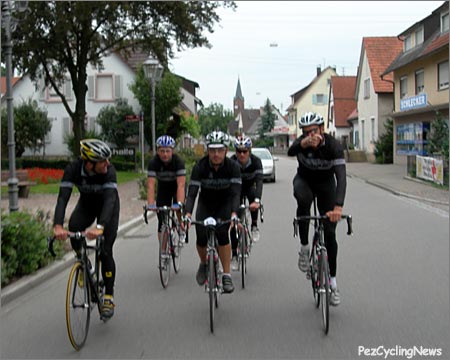 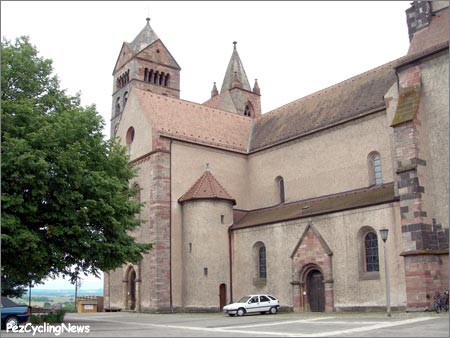 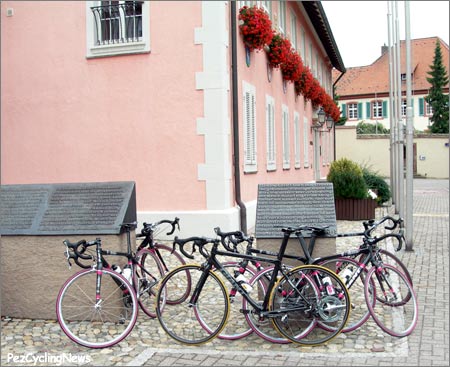 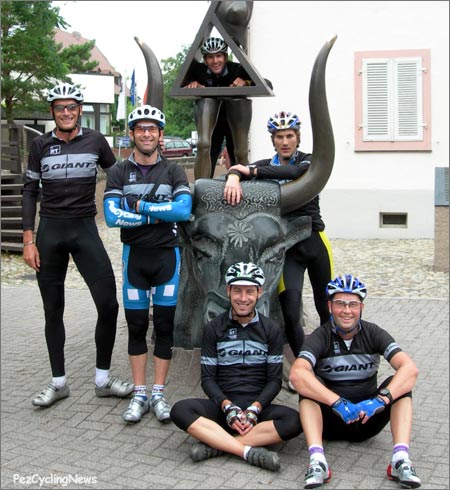 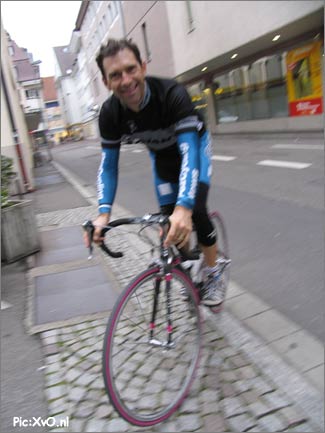 • Yup – riding Olano’s wheel for the last 3 hours sure was fun!