On a sunny day in Belgium last week, Pez took to the roads that make Liege-Bastogne-Liege one of the most beautiful but feared Classics. But sunshine and warmth can only mask so much suffering, as Gord Cameron discovered riding the Ardennes parcours.

Wallonia, the southern half‚ of Belgium, has very different terrain from the cobbled bergs that Pez rode over in Flanders recently. Here, the roads are better surfaced, but the climbs go on and on … and on! 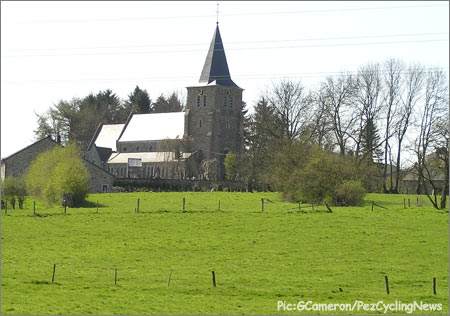 In the company of Velo Classic Tours chief Peter Easton, our group set out from Remouchamps, for a neat 55 mile trip on the same roads that the pros ride. We got right up close to them, too, seeing over half the Pro Tour teams scouting the route ahead of race day. 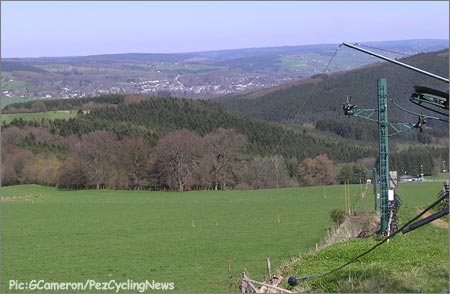 The Ardennes countryside is hilly and lush – and except for the beer, you hardly know you’re in Belgium.

It was a chilly start, barrelling along a river valley southward, hidden from the sun by the forests that cover a lot of Wallonia. After a 5km drag uphill, suddenly it was sunshine and beautiful little towns all the way.

The climbs are nothing like the monster mountains of the Tour, but they come relentlessly. They’re long enough to hurt, and the descents don’t offer too much respite as you thread down narrow lanes, through pretty villages. 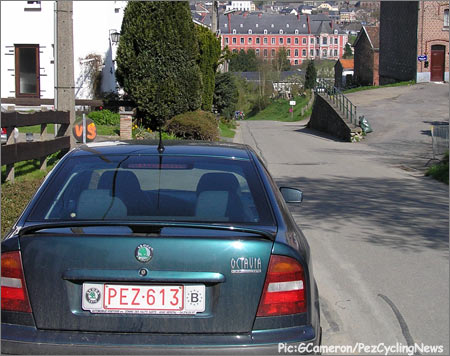 Now here’s a guy with impeccable taste in license plates…

It was on the way out of Stavelot that things got interesting. Instantly, you hit the vicious gradient of the Stockeau, with your legs shaking after an acne of cobbles in the town center. 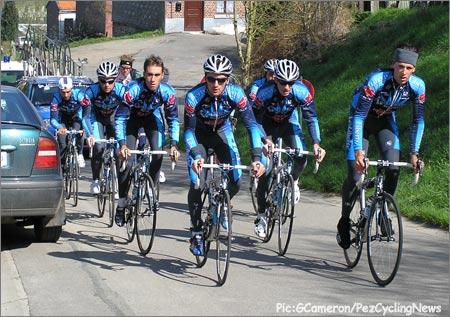 I was grovelling up, telling myself not to succumb to the call of the triple, when I spotted a car with PEZ on the registration plate. Diving off bike for a rest… err, photo opp, I turned round to see Liberty Seguros, moseying up the climb like it was a false flat. 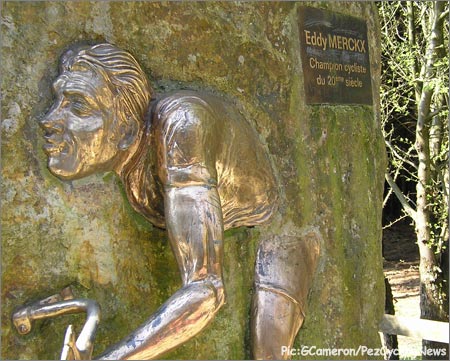 Above the climb of the Stockeau is a cool monument to Eddy Merckx.

Reality check accepted, I jumped back on and ploughed up to catch the rest of the group genuflecting at the Eddy Merckx monument. The pro route is different for ‘05, so while Liberty, T-Mobile and Illes Balears dropped downhill, we powered up past the memorial to the 517th Parachute Regimental Combat Team in Wanne, and up to Trois-Ponts. 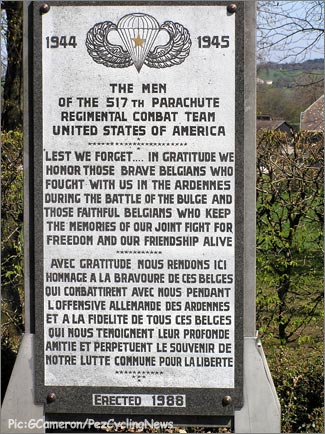 It’s hard to emphasize how beautiful the Ardennes are, so you’ll just need to give Peter a call and come check it out for yourself next year. Everywhere is lush and green, with spires of little churches rising behind postcard house faзades; people just doing their everyday thing as you glide past their doorsteps. This is real European riding. 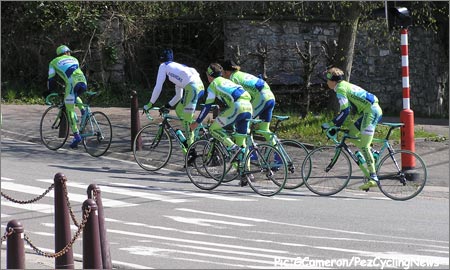 Say – isn’t that the new leader of the ProTour wearing the white jacket…?

On Saturday, we tackled a shorter but equally hard loop, from Spa to Remouchamps and back, taking in the iconically notorious La Redoute climb. 35 miles of I-want-to-get-home‚ pain!

Before we’d got anywhere near La Redoute, we’d already struggled to contain breakfast riding straight up the Cote des Marquisand. Left behind by one of the 2 million Belgian amateur clubs, it was a case of settling in for the 2.5 km drag up through more rolling farmland to top out at 370m. 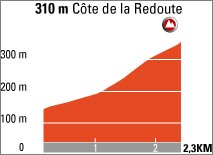 La Redoute – a tough mother of a climb that must be suffered on to be appreciated. Source:www.letour.com

Hang a left after that and drop down into Remouchamps, noodle along the riverside, and suddenly there are the signs – La Redoute lies ahead. At first you think, “Well, this isn’t too bad”, but this climb grabs your personal security blanket and shreds it!

I just tried to count the number of times Phillipe Gilbert’s name was painted on the road to forget what I was going through! La Redoute is about 3.5 kms long, and the local boy’s fan club had been out in force as the road was more white paint than tarmac. 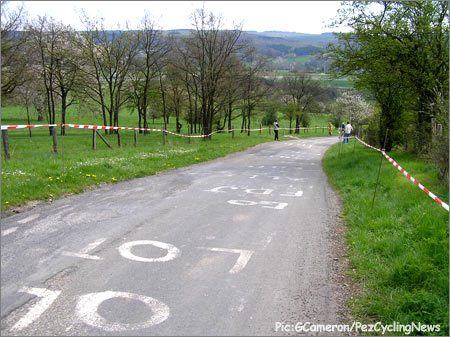 Looking down la Redoute – hey it’s not so bad. Shhhaaa…!

You grind up and up, with a couple of shallower pitches, then the road rears up like a cliff with an attitude problem. There’s no escaping the steep hairpins, and a lot of places are exposed to the wind – the pros will do it way quicker, but it’ll hurt them, too.

Along the top of the hill and a furious descent into Sprimont; you just about get the lungs working again and then it’s a vicious 90 degree right-hander straight up through more narrow lanes. 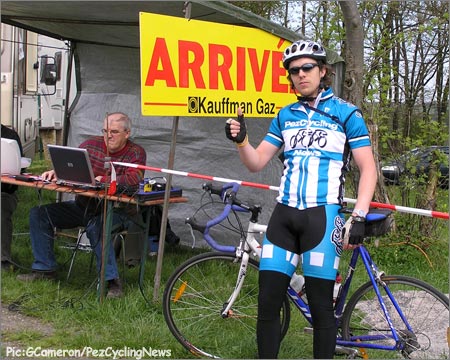 On and on until you go up the Marquisand from the other side, and after you think you can’t do another km, Spa’s coffee shops haul you in for some comfort.

After 2 days on the LBL roads, you gain yet more respect for what these pros will race through. La Doyenne is just like your favorite woman – beautiful and complicated, questioning and rewarding.

While at the Ardennes Classics, we travelled with www.veloclassic.com. Check ’em out online or call 212.779.9599 2005 color brochure and itineraries now available.
Like PEZ? Why not subscribe to our weekly newsletter to receive updates and reminders on what's cool in road cycling?

The Bloke’s Series Of Unfortunate Events