Media World Cup Poland’17: Imagine a cycling event where the people who usually are talking about bike racing swap their pen for lycra and participate themselves? This was the case a few weeks ago in Poland at the inaugural Media World Cup event for people connected to the global cycling media and Luke Maguire was there representing PEZ. 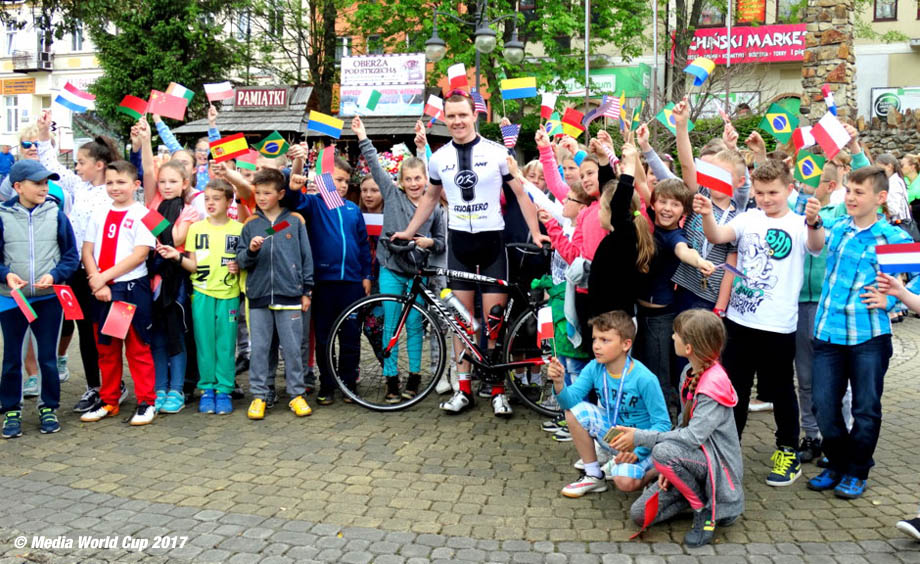 PEZ-man, Luke Maguire was popular with the young fans

The event was founded with the aim of promoting outdoor tourism in the undiscovered wild Podkarpackie region of south-eastern Poland. Participants ranged from 21-51 with a wide range of abilities from elite level to recreational cyclists. The competitors included members of the International media from all over the world including the Netherlands, Poland, Brazil, Ireland, China, Ukraine, Turkey and USA.

The race consisted of a 120km road-race with almost 2000km of elevation across the stunning Polish countryside. 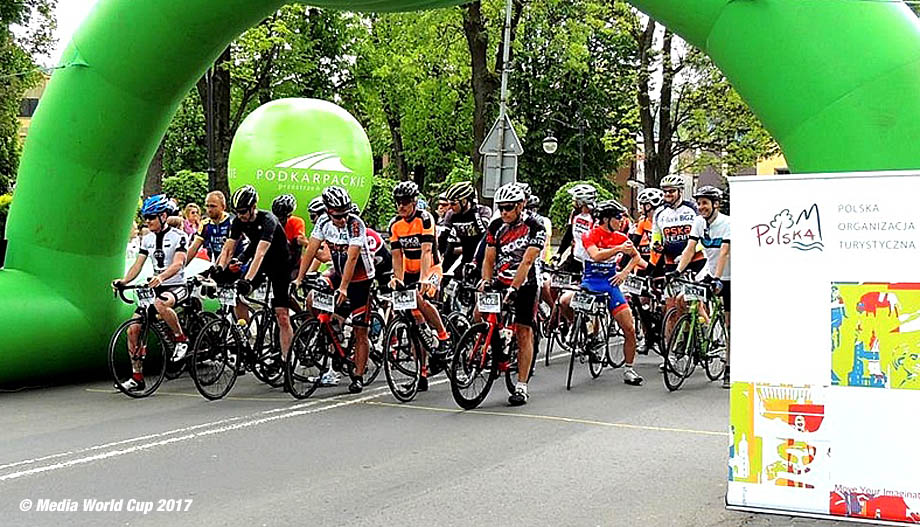 The riders line-up for the start

Organized by Wellness in Poland official Kamil Stanislawek, the event was received very positively by the participants. “We are very pleased that journalists from 11 countries had come to the first edition of the Cycling Media World Cup Podkarpackie 2017. Their opinion about the organization of the event is very important for us and we will use that to build for the future. We especially enjoyed the atmosphere that prevailed during their four-day stay in Poland.” 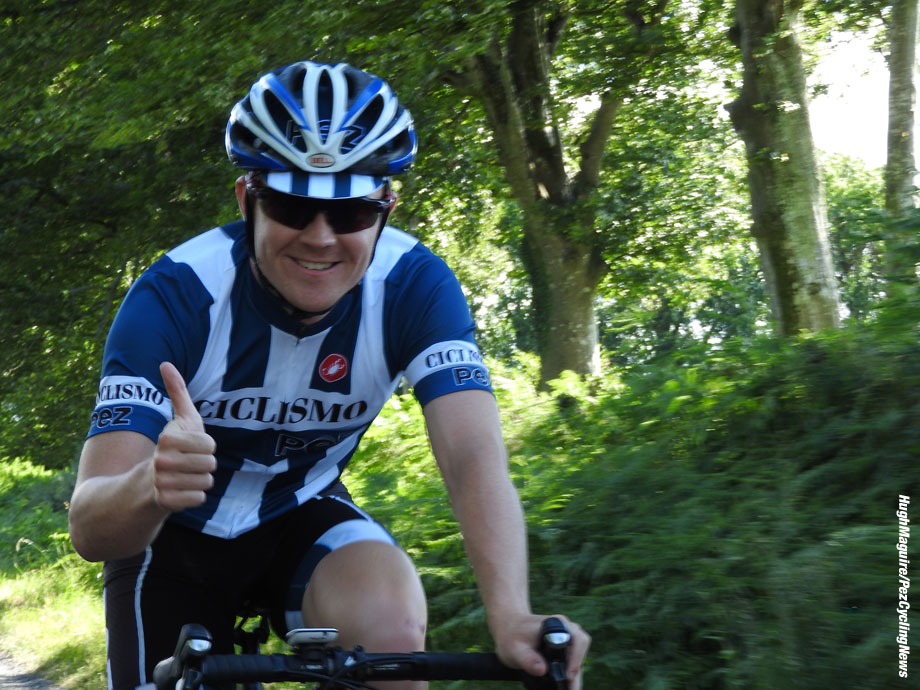 Luke had been training for the battle in Poland

Participants were treated to the best of traditional Polish food, culture and entertainment with the stunning setting of Krasiczyn castle as a base for the weekend. 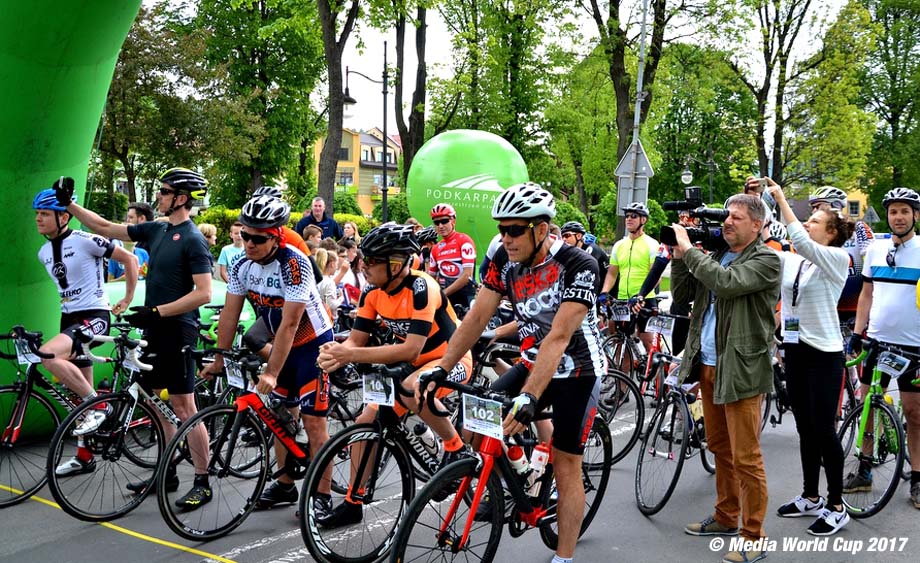 The media looking at the media

The Polish journalist’s representation at the event was Dariusz Baranowski, the three time winner of the Tour de Pologne and who is currently a TV commentator. The Olympic vice-champion from Seoul and team world vice-champion from Chambery, Andrzej Sypytkowski, is also involved in the project.

“During the professional races, cyclists have no time to admire views and tourist attractions. Media World Cup Series Poland 2017 provides such an opportunity” – emphasized Baranowski. 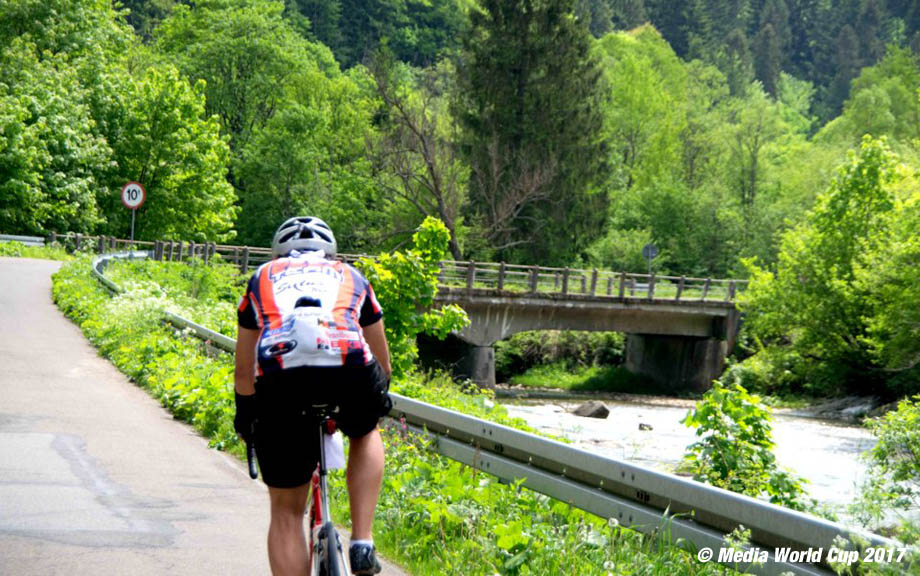 Nice place for a solo attack

The promotion of the regions where the competitions take place is the primary objective of the project, which also includes an MTB and triathlon event in its portfolio of races. 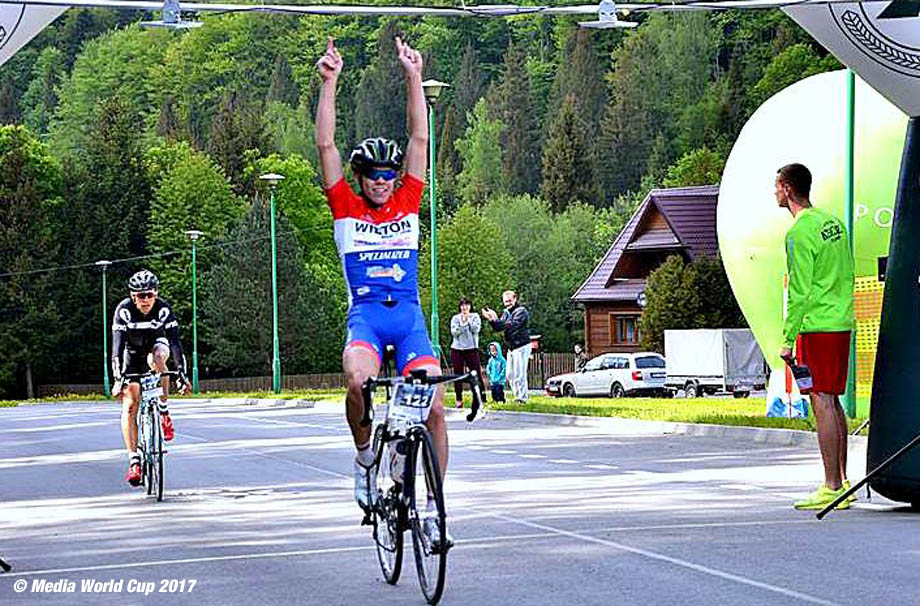 Plans are already in place for the second edition of the event in 2018 which will take place in the north of the country where an International field of media reps will be put to the test again in the undiscovered paradise of Poland. 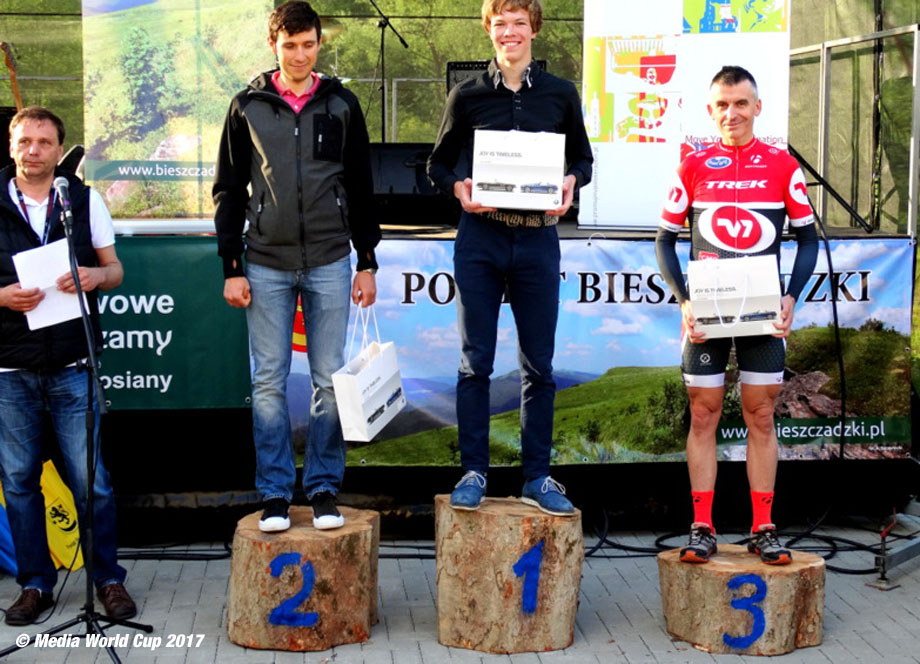