Once more we stand on the cusp of the Biggest Bike Race as the Tour de France launches its latest edition on July 1, this time from the bicycle-friendly land of Denmark. The Grand Départ was scheduled to leave there in 2020 but thanks to the global pandemic it was delayed until now. We can only hope hope that Covid-19, which decimated the peloton recently at the Tour de Suisse, won’t ruin the Tour party yet again.

The pandemic is now well into its third year and over time there have been many ways to deal with it and its anti-social impact. In addition to more than 6.3 million fatalities, whole countries have been closed down, events cancelled everywhere, travel restrictions put into place—and people having to find new ways to cope with the stresses imposed by all this. While some behaviour has been comical—hoarding toilet paper or baking yeast—some others, such as the heroic consumption of alcohol, will have long-term effects. But there have been some happier results, including a new bicycle boom and the growth of virtual athletic challenges. 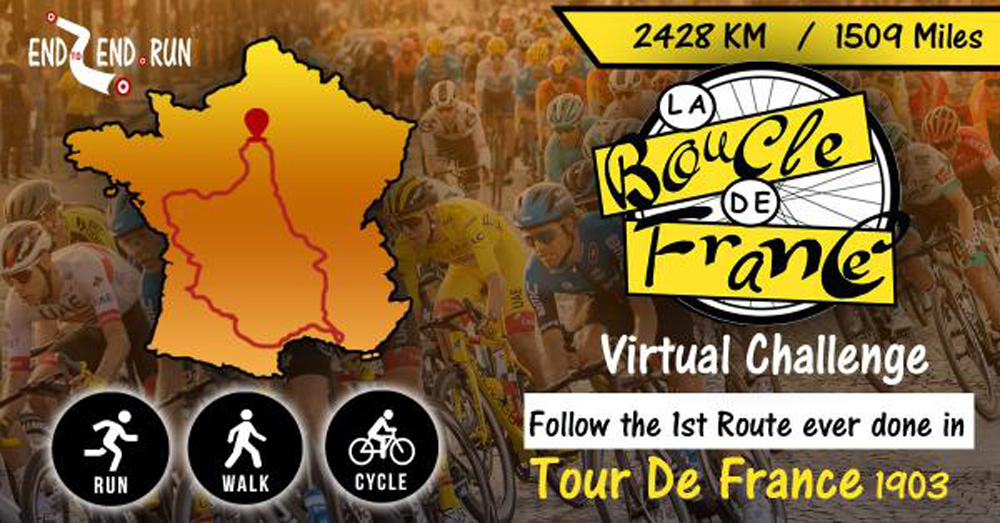 For those unfamiliar with the concept, these challenges allow you to stay close to home while racking up the miles, recording them on specialized software that shows you where you would be on a map, usually with Google Streetview showing where you are (virtually). Often there are postcards sent to your e-mail address highlighting the places you are passing through. Some of the apps reward you for every 20% completed by planting a tree somewhere or making a charitable donation. The challenges can be for running, cycling, walking, climbing stairs, swimming…all kinds of activities, and at the end you get a certificate and, usually, a very cool medal. As a pushover for cool medals, I have embraced the virtual challenge ethos and my virtual roads have seen me run the length of Hadrian’s Wall, the Cabot Trail, the Inca Trail and around Mount Fuji, while my cycling has included the length of Route 66, the Great Wall of China, and the North Coast 500 around Scotland. But one of my favourite virtual challenges was cycling the distance of the 1903 Tour de France, the first edition of the race. 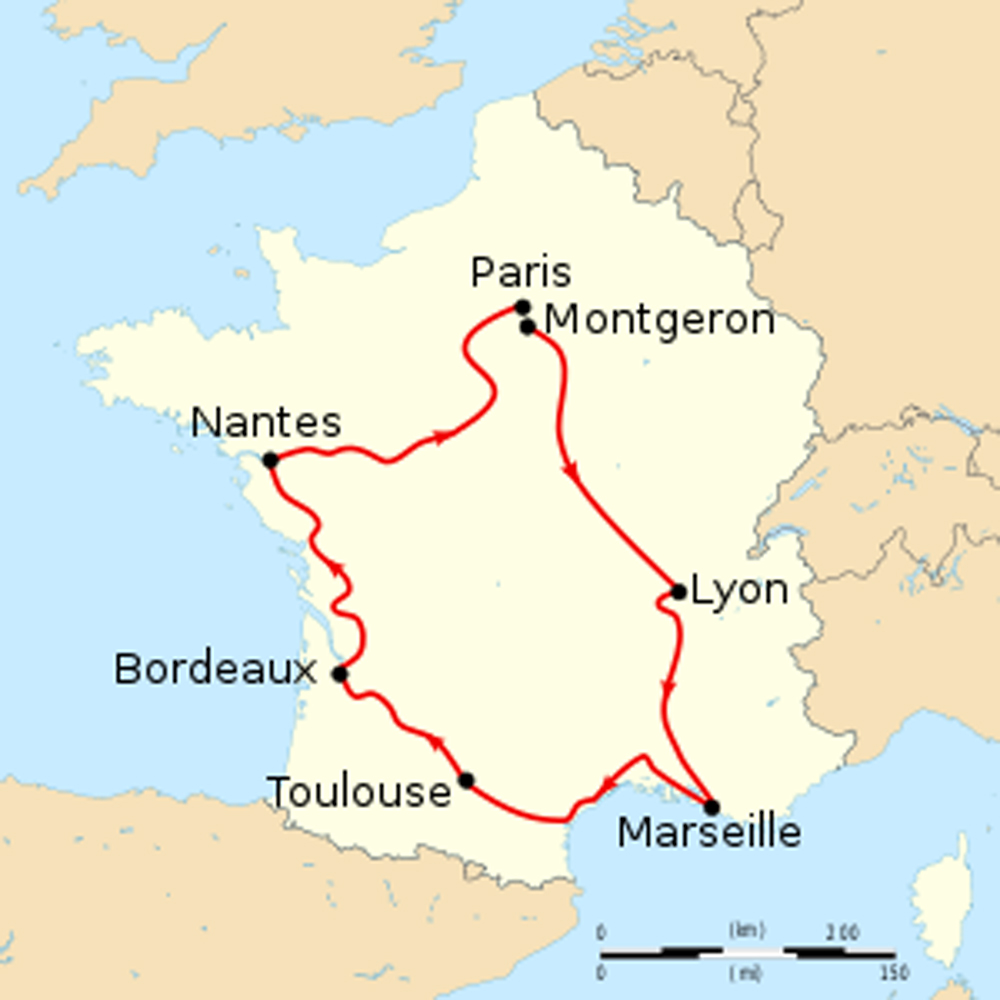 The first Tour de France took place over 19 days, covering 2428 kms in six mammoth stages, the shortest of which was 268 kms and the longest being 471. Although no high mountain passes were included, there was enough climbing. My own virtual route was easier, given that the region around Ottawa is pretty flat but my primary advantages were that I would only be riding in daylight and good weather, the roads were smooth, my clothing much more suitable than the heavy wool or cotton garments of a century ago and my bicycle, while steel-framed, was light, comfortable and had an excellent range of gears and brakes that actually did something. I also had no worries about food or where to sleep, of course. The big advantage of those cyclists in 1903 was that they were athletes and less than half my age and, well, that was about all. 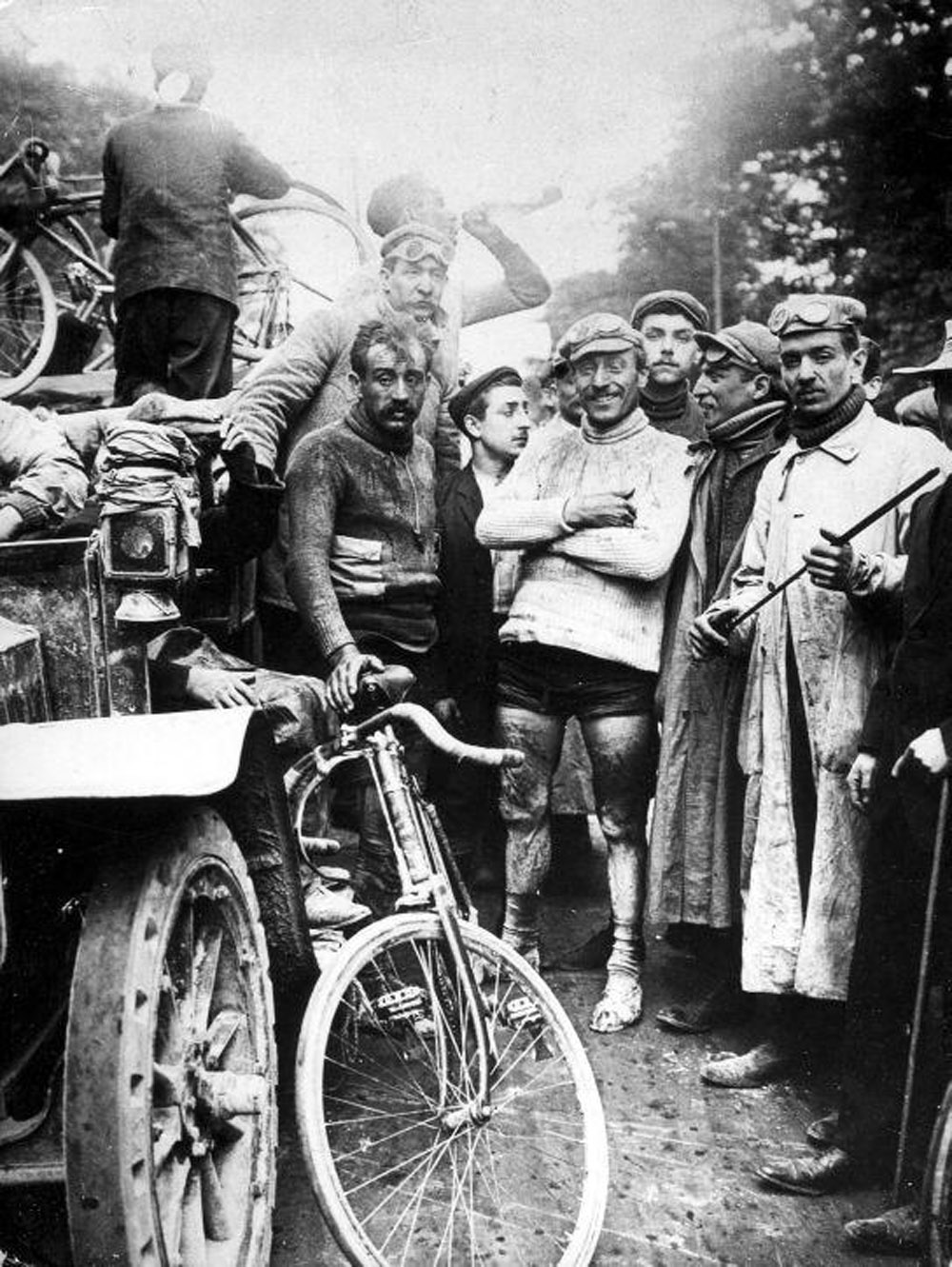 Setting off from the Café au Réveil-Matin in southeastern Paris at 3:16 pm on July 1, 1903, the 60 cyclists, all professional or semi-professional racers, headed south for Lyons. 49 of the competitors were French, four were Belgian, two Swiss, two German and a lone Italian. Here is a short video showing a reenactment of that Tour start in 1953:

While there have been cyclists riding Tour de France routes on their own over the years, a foolhardy few have done it on period bicycles and a good indication of the difficulty of this approach is shown here:

Looking at the stages in order, the first stage of 467 kms took winner Maurice Garin 17 hours and 45 minutes to complete, averaging 26.13 km/h. My own version of this was slightly longer, at 480 kms, spread over 11 days, and took just under 19 hours, so an average of 25.45 km/h. First stage win goes to the originals. 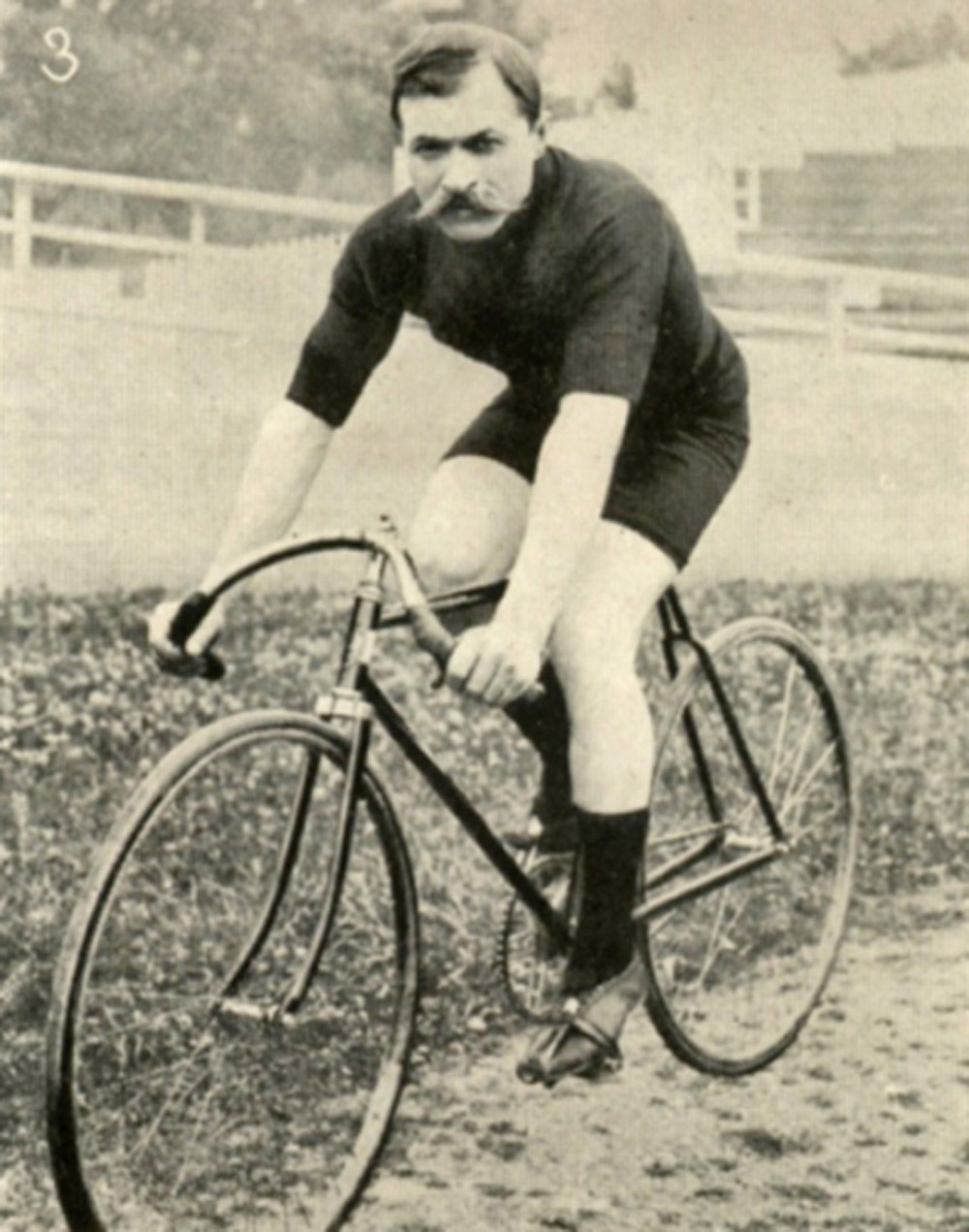 Next up was the stretch of 374 kms from Lyon to Marseille. Hippolyte Aucouturier managed this at an average speed for 25.8 km/h over 14.25 hours, while I did my 374 kms in one minute less, so Stage 2 was mine. 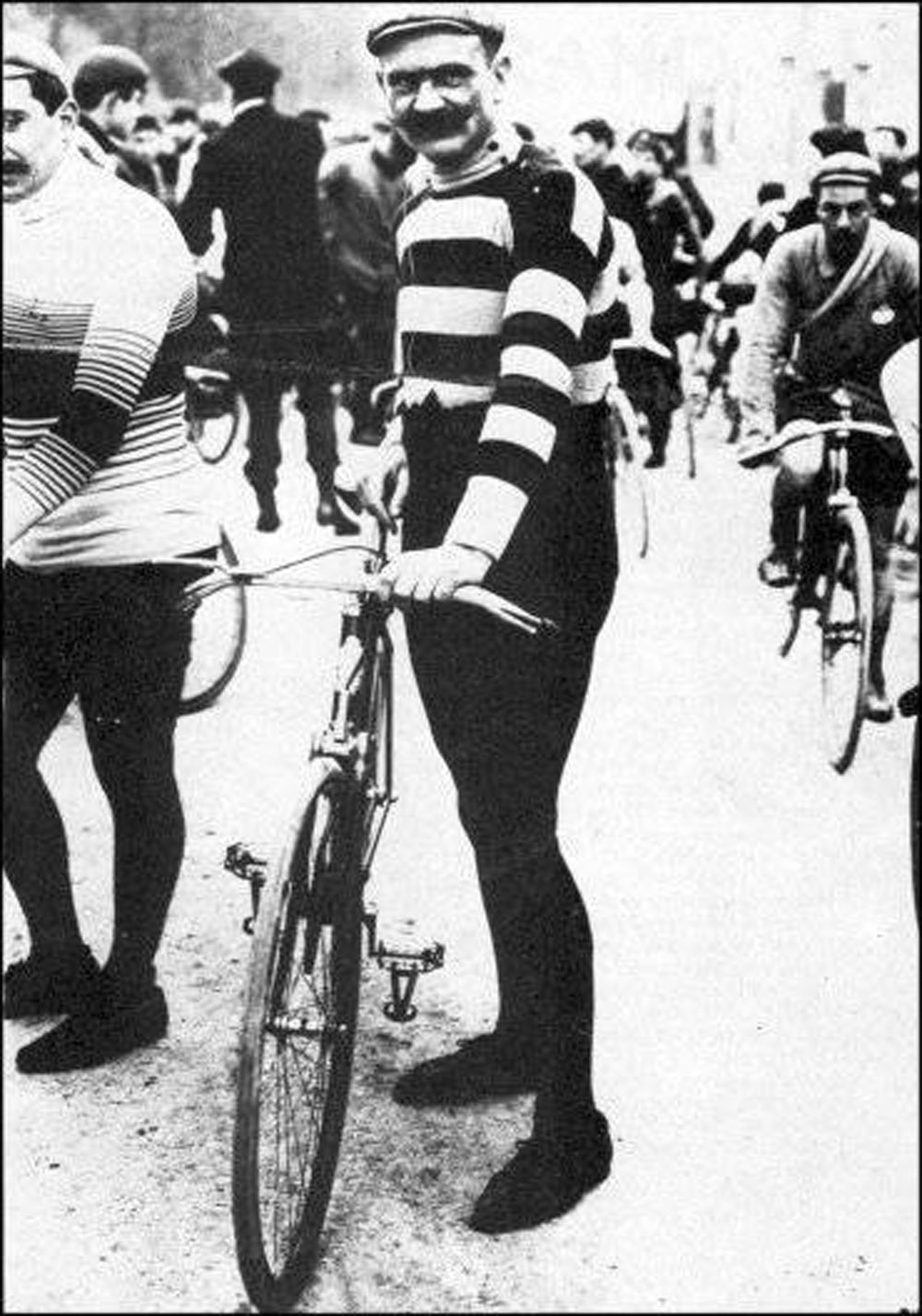 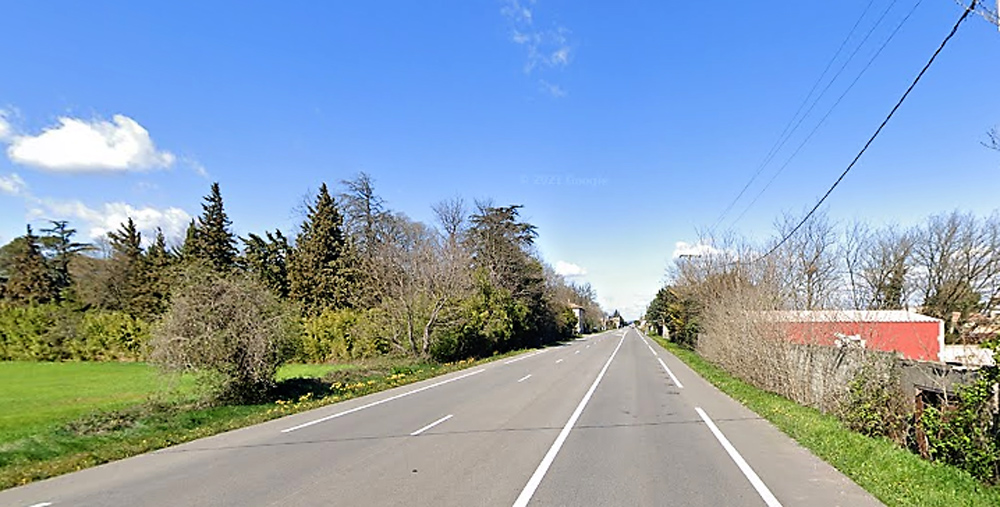 I was on a roll now as I beat stage winner Aucouturier once again on Stage 3 to Toulouse. He averaged 21.26 km/h over 423 kms while I rocketed through at 23.55 km/h average. 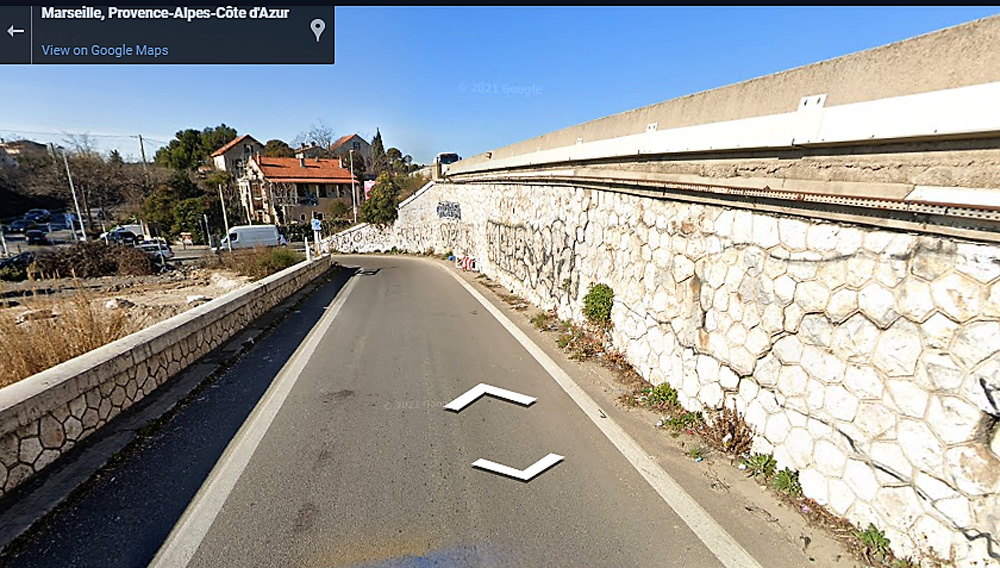 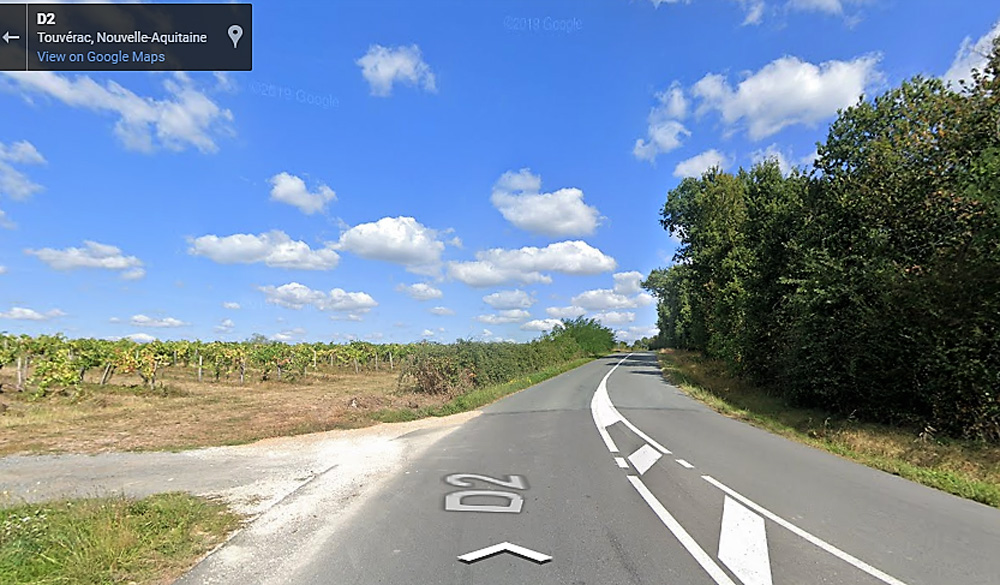 My triumph was short-lived, however. Stage 4 saw Swiss rider Charles Laeser—who did not ride Stage 3 but under the rules could still compete—killed the shortest stage of the Tour, covering 268 kms at an average of 30.63 km/h, embarrassing my measly 25.263 over the distance. Well done, Charlie! 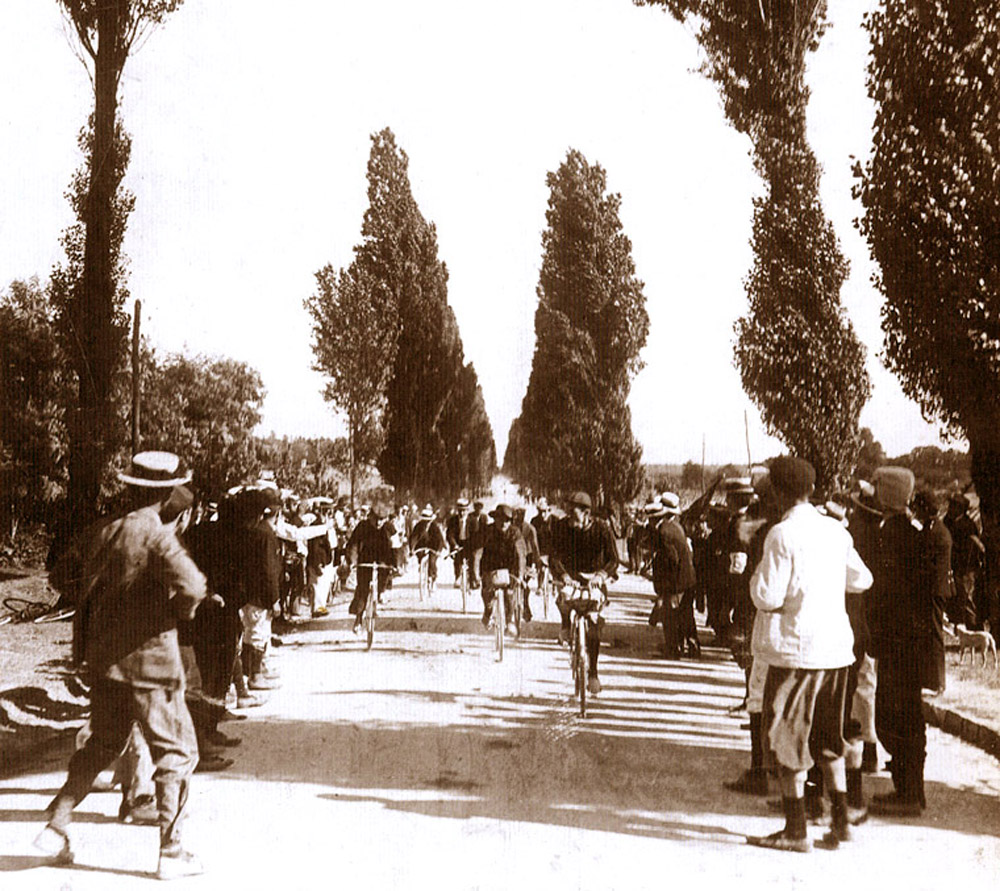 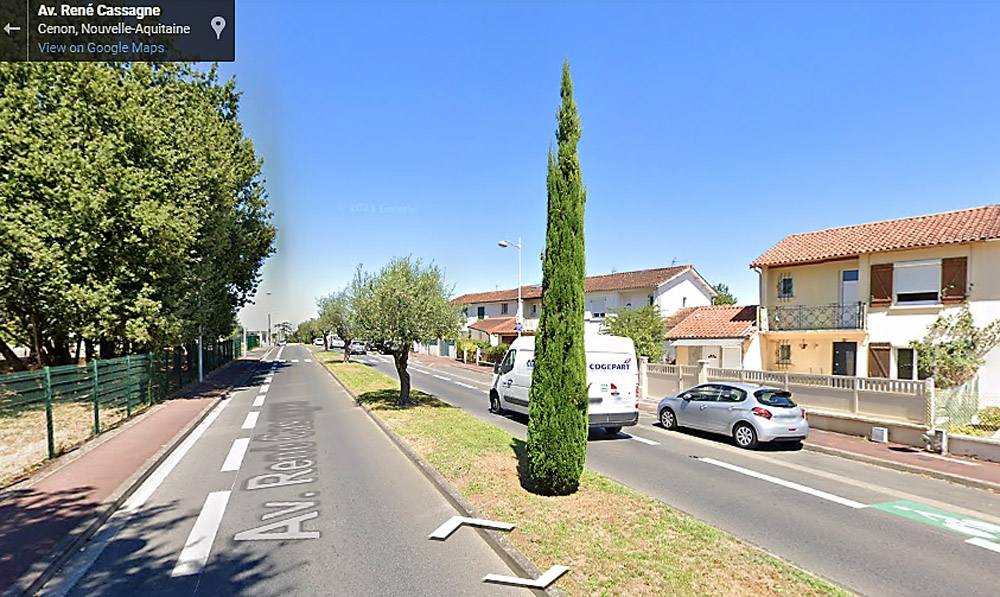 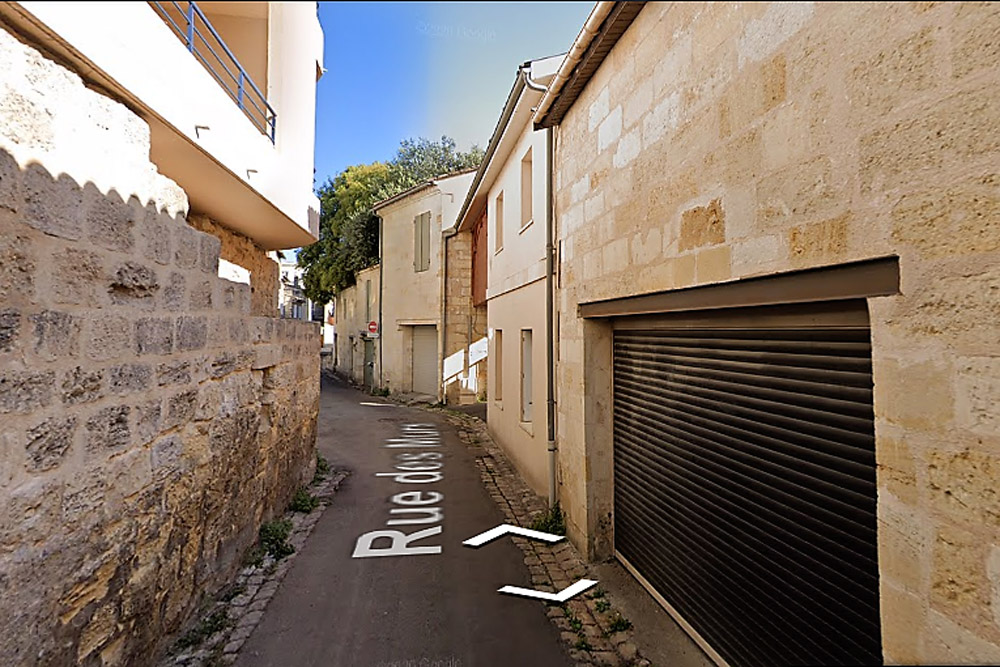 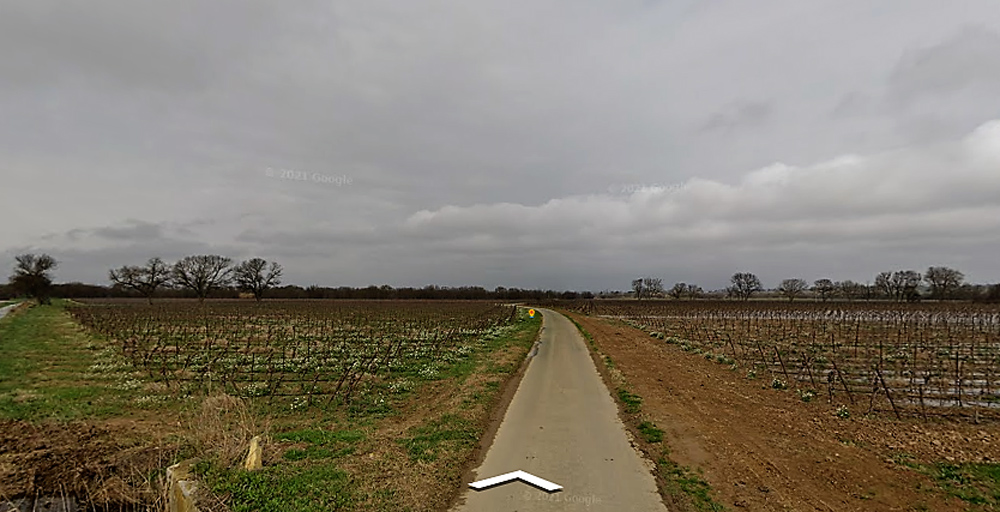 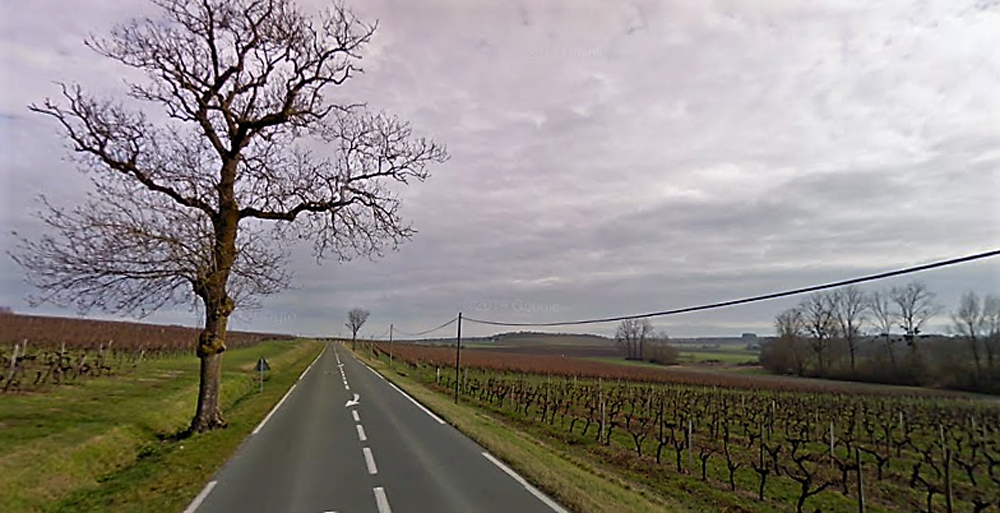 The final push to Paris was over the longest stage of any Tour, a brutal 471 kms. Garin was again the winner, and the winner of the overall first Tour de France, managing to arrive at the Parc des Princes on July 18 after another epic ride of just over 18 hours. My own virtual stage was only 0.5 km/h slower. Garin’s winning time for the entire Tour was 94 hours 33 minutes, while I spent 97 hours 12 minutes. And while he took only 19 days, my virtual Tour meant that I rode when I could so the total number of days was, uh, 58.
At the time I did the challenge, End to End Run, which offers the app, had a specific start day, which is no longer the case so you can begin whenever you like. In addition to the map and postcards, it also provided a leader board so that you could see how your tour was going in comparison to others, adding a frison of competitiveness. Soon after completing the course, an electronic certificate was sent to me for printing and a few weeks later a nice medal arrived to add to my increasing collection. The postcards were to keep you motivated. 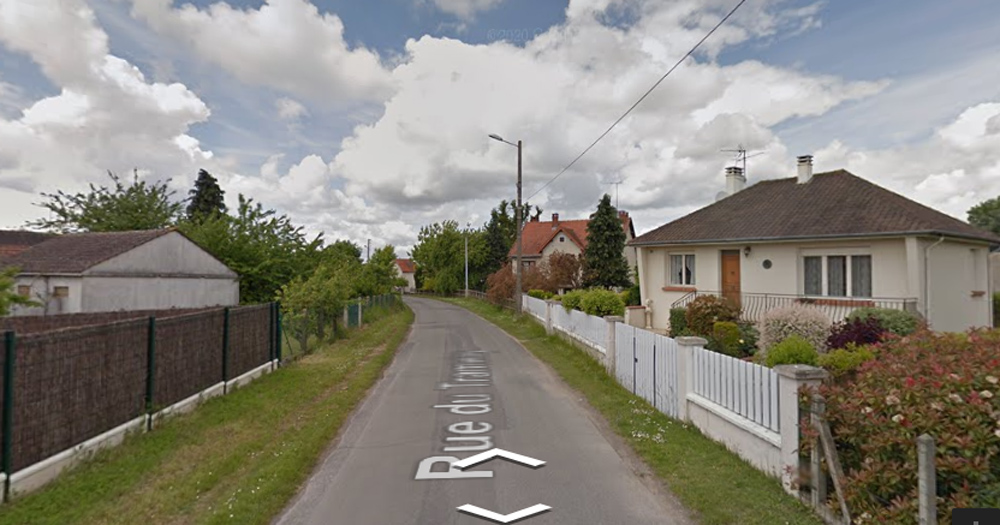 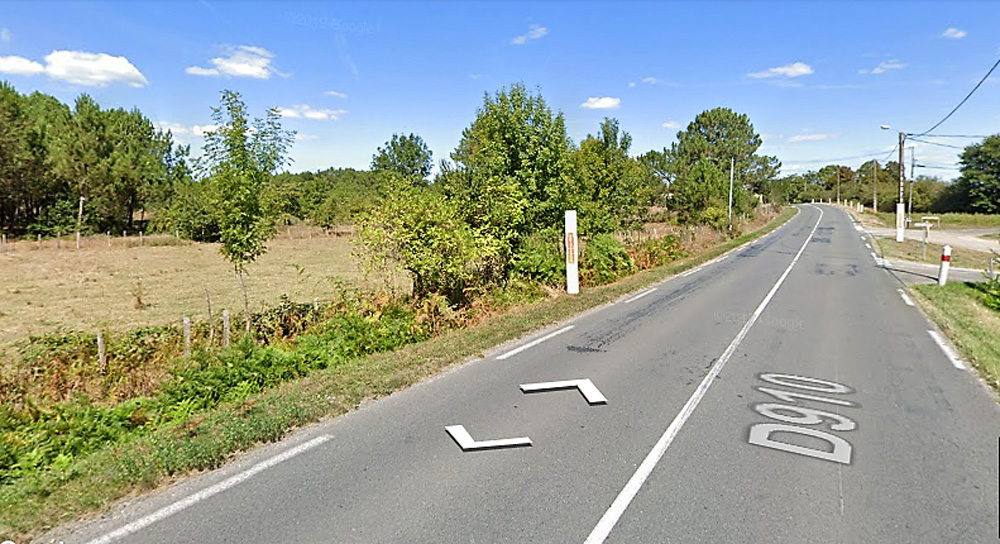 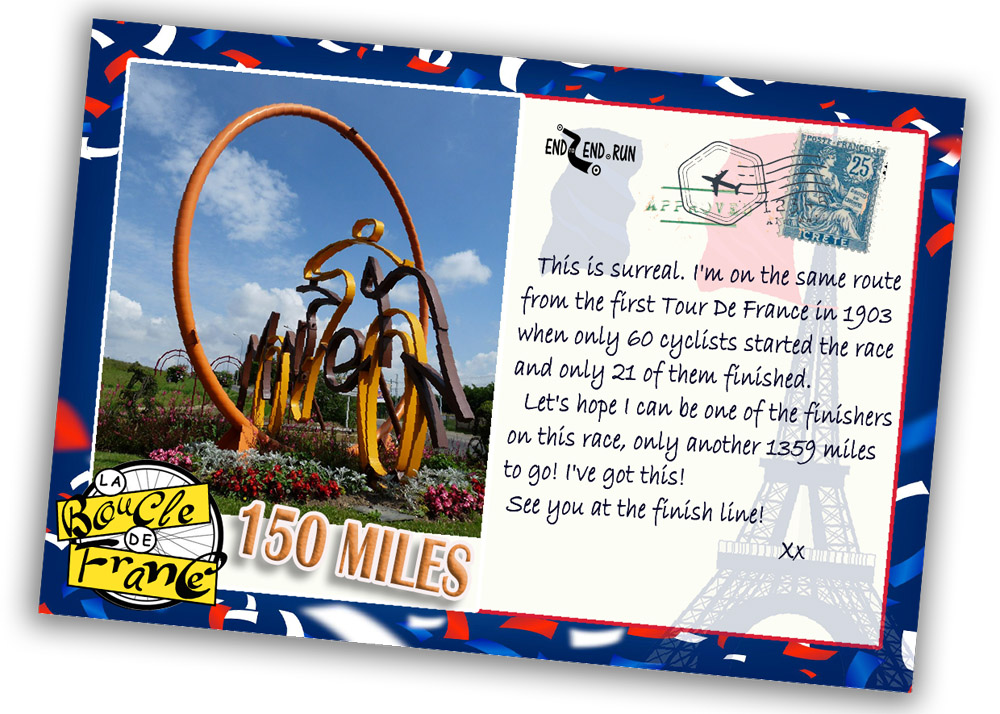 For those not looking to brave crowded airport terminals, where everything is moving at a glacial pace, and seeking some kind of motivation for athletic activities, virtual challenges are entertaining and often educational. Warning: they can be addictive!

Other interesting virtual challenges can also be found at:
https://www.theconqueror.events/
https://adventure.mypacer.com/