When you look back on Bradley Wiggins’ 2009 season, and in particular his Tour de France, you start looking for superlatives or nicknames that make sense. Mr. 180. The Phoenix. Incredible. Revelation. 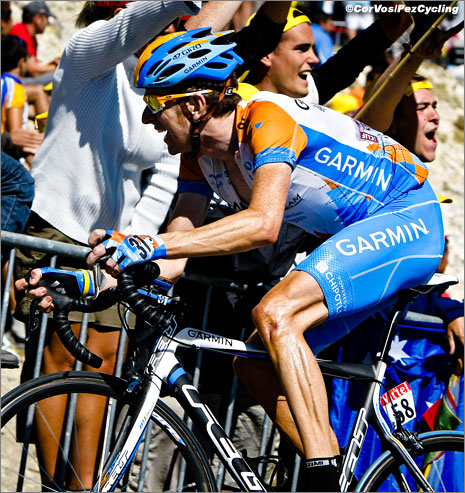 Wiggins’ ride in the Alps was astonishing, but the seeming miracle continued all the way up the Ventoux and into Paris.

I don’t think anybody saw this one coming, but it was clear by the time the road turned upward that there had been a change in Bradley’s riding. We could see the obvious physical changes in him, he had clearly put the beers down and shed a good amount of kilos for what everyone – maybe even Brad himself – thought was going to be a support ride in the stead of Christian Vande Velde. 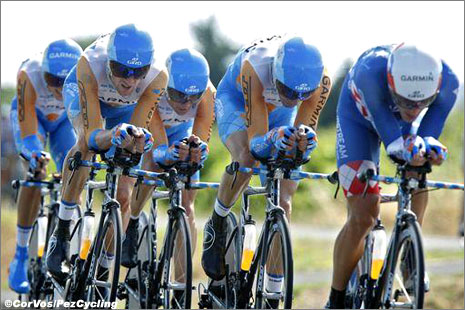 The Garmin squad put together one of the more impressive rides of the 2009 Tour with only 4 riders doing any real work after the opening kilometers: Wiggins, Millar, Vande Velde, and Zabriskie.

By stage 4, the TTT, Garmin were sitting in a good spot after having turned in the 2nd best time of the day, 18 seconds adrift of the winning Astana team, which left Wiggins and Vande Velde high up in the overall classification. 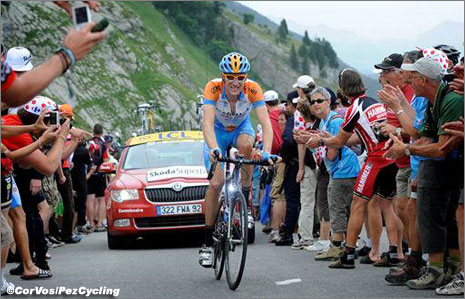 Wiggins was no surprise in the time trials, but his newfound ability uphill was.

But when the climb up to Verbier came to be on Stage 15, all eyes were on Contador. By the end of the stage, there was the obvious media fluttering over the winner’s team, but a fair amount of lips had the name Wiggins upon them. For Bradley had done the unthinkable – he’d ridden to the top of the mountain with the best climbers in the world. And his post race comments revealed that perhaps he had known it all along. And with Vande Velde faltering, it was clear Wiggins now wore the mantle of team leader, a role he professed to having prepared for, physically and mentally. 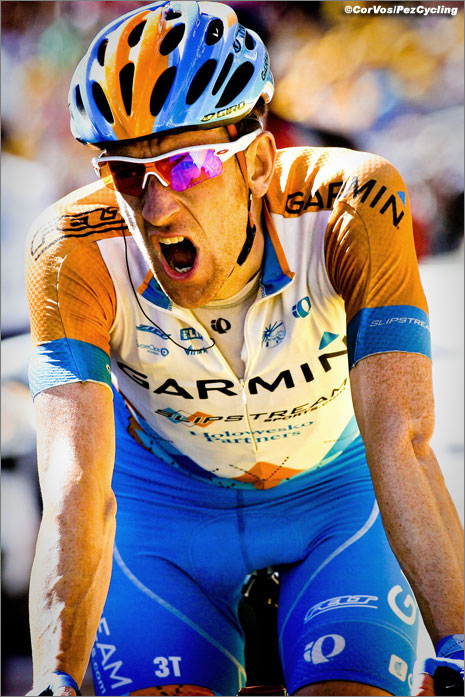 Wiggins crosses the line in Verbier after his huge ride.

Jered continues: Wiggins didn’t stop there though. The surprise story of the 2009 Tour de France kept on surprising all the way to Paris. He wasn’t able to steal Lance’s third spot on the podium, but he gave it a solid run. 4th place at the end of the biggest race on the planet? Extraordinary. 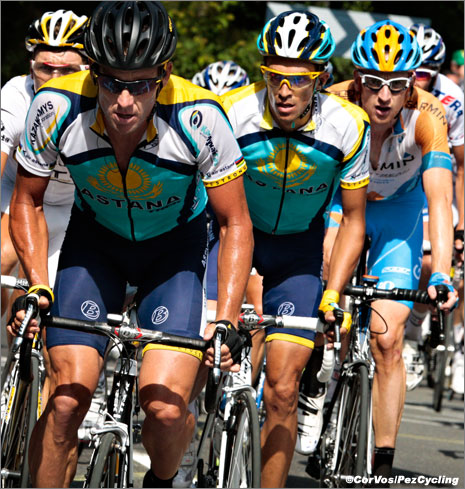 In a way, I think it’s what happened after the Tour, which took the Wiggins tale into the stratosphere. The Wiggins – Sky – Garmin saga was tabloid bike news at its best. By the end of the year, it rivaled even the Contador-Lance drama. As fans, I feel like we never doubted the outcome, though we’ll probably never know what really happened. 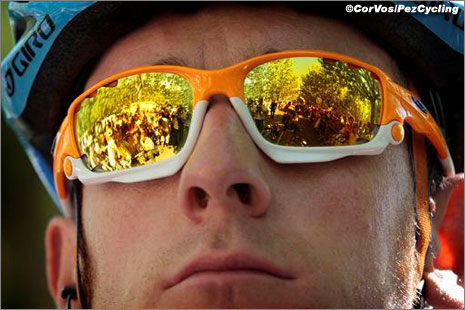 What is to come in 2010 and beyond for Bradley Wiggins?

The much hyped move sits in a precarious spot though – Wiggins moves to Sky with the hopes of a nation on his back. There hasn’t been a real British Tour contender in eons. After a 4th place finish at the Tour de France, Wiggins showed himself to be capable of battling with the best, but he did not show the ability to defeat them – namely Contador and Schleck. 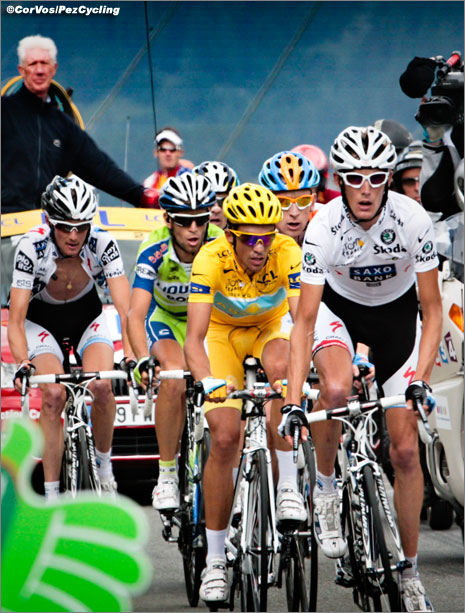 Wiggins spent most of the Tour tucked in the group of favorites.

What will become of the hype if Wiggins doesn’t fulfill the gigantic expectations bestowed upon him? He has all the talent in the world, as we’ve seen over and over again on the track, but does he have the legs to dethrone the King or his apparent Usurper? I don’t think so. I think he’ll be solid in 2010, but no match for Contaschleck… BUT! If he can manage a podium at the Tour de France in Sky’s debut season (if they get an invite), that will be accomplishment enough. Baby steps. Close to podium, podium, then maybe victory? Maybe? That’s just my opinion. 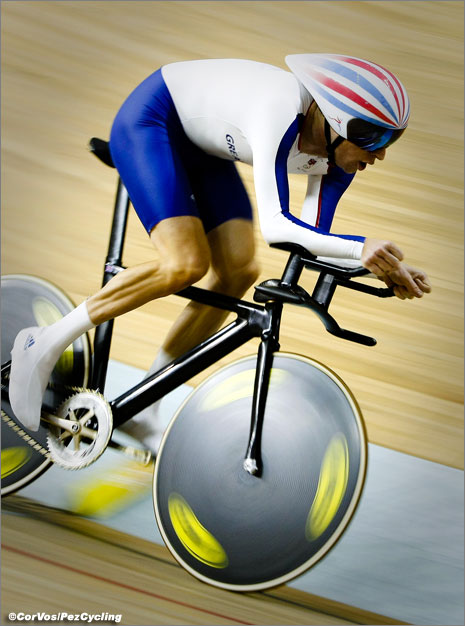 Wiggins has little to look forward to on the track with the demise of the individual pursuit, points, and madison. His perfect transition to road appears to be complete.

Dave finishes our serenade of Bradley Wiggins: A true transformation in the span of less than a year, from track rider to mountain goat, and it’s now earned him a big contract and leadership of Team Sky. One thing’s for sure, Brad won’t be under the radar at the start of the 2010 Tour de France.