Another nail biting points competition triumph at the Tour de France, edging out the Manx Express Mark Cavendish gives us another chance to refer to the mighty Thor as the Jolly Green Giant. It wasn’t just in July that the big fella swung the hammer though – he was good all the way through the year, as we’re about to show you …

Although the record books will be headed by the fact that he took his second career green jersey and a seventh career stage win, the Tour de France was only one pinnacle that Thor Hushovd scaled this year. 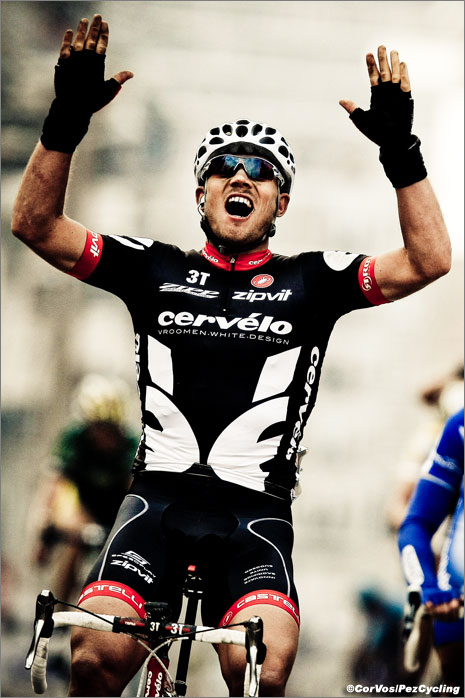 A stage at California was great, but it was his win at Het Nieuwsblad that really raised eyebrows.

He kicked things off with a sprint win on a brutally rain-sodden stage three at the Tour of California, before finishing off a perfect tactical display by his Cervelo boys at the newly-monikered Omloop Het Nieuwsblad as February breathed its last. 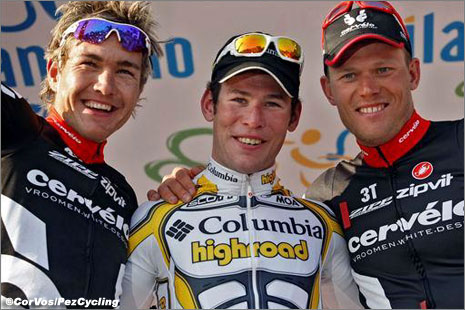 Third place at Milano-Sanremo was another solid result.

Into March, and the Norwegian took third in Milan-San Remo, and backed that up with a gutsy third at Paris-Roubaix in April, despite eating cobbles in a late-race smash.
Two stages, including the ITT, and two top tens in May’s Volta a Catalunya showed the form was bubbling up nicely for the Tour showdown. 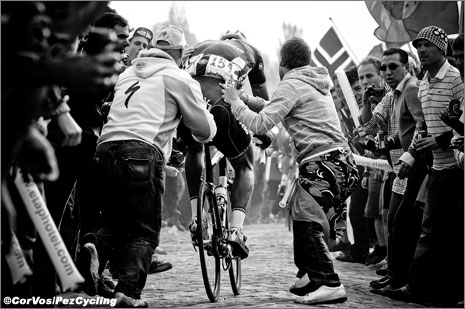 Hushovd’s crash in the waning kilometers of Paris-Roubaix kept him from a shot at the win, but another podium finish was his just reward.

Impressive all the way through to Monaco, Hushovd made the green jersey a stated aim … and delivered. He scored a stage win on the spectacular, rainy sweep up into Barcelona, and no fewer than nine top ten placings. 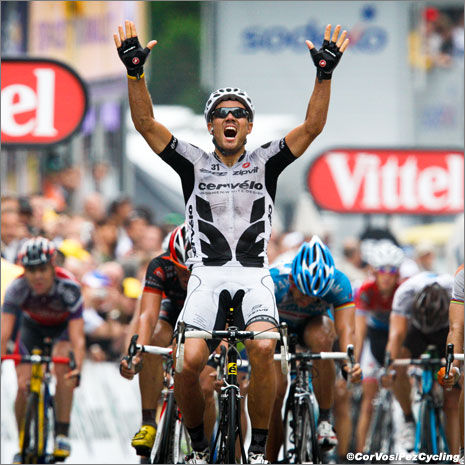 The stage win in Barcelona was Thor’s only at this year’s Tour, but he netted NINE top tens in the three weeks to take Green.

The highlight though, surely, was the all-out effort which saw him fly solo, attacking over the Col de Saisies to the first sprint of stage 17 and keeping it going over the Cфte d’Araches to open up a decisive gap over Cavendish in the green jersey contest. All that effort for just twelve points … but worth it on the podium in Paris. And because it gets him into Pez’s Festive Top 12 of ’09!

Wins in August (Tour du Poitou Charentes et de la Vienne) and at the Tour of Missouri in September showed us that Thor isn’t just for July, he’s for the whole year round! 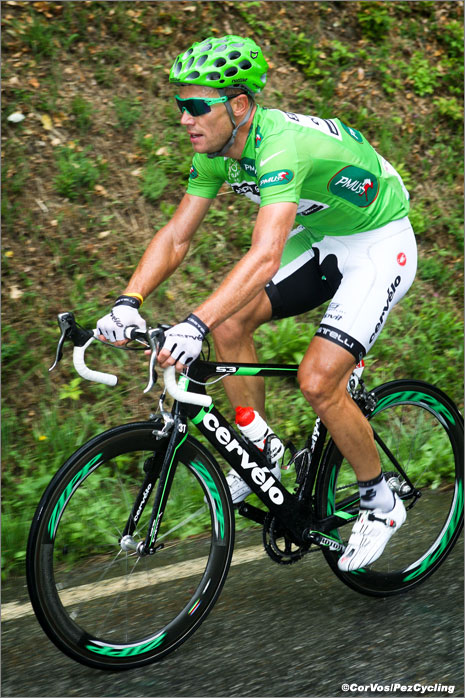 Jered comments: His ride at the Tour de France was fine and dandy and noteworthy, but I see his 2009 Classics campaign as a highlight of 2009 and a serious warning shot to the boys at QuickStep. 2009 was Hushovd’s best season ever. Hands down. His win at Het Nieuwsblad was stunning and stands as a feather in his cap that not even Tom Boonen has managed to claim. His podium at Milano-Sanremo was great, but he really came into his own when the racing headed back to Belgium.

I can’t say he should have finished 2nd at Flanders, because staying upright is a pre-requisite to finishing well, but it still stands that if he had not fallen down, he would have been 3rd – without question – behind his teammate, Heinrich Haussler. That would have made for back to back 2nd and 3rds for Cervelo at the first two Monuments of the year.

A week later, Hushovd was battling for the win with Tom Boonen when he…fell again. Had he stayed upright, 2nd was a guarantee and the win was a distinct possibility. Still, 3rd was his reward, and not a bad one at that. 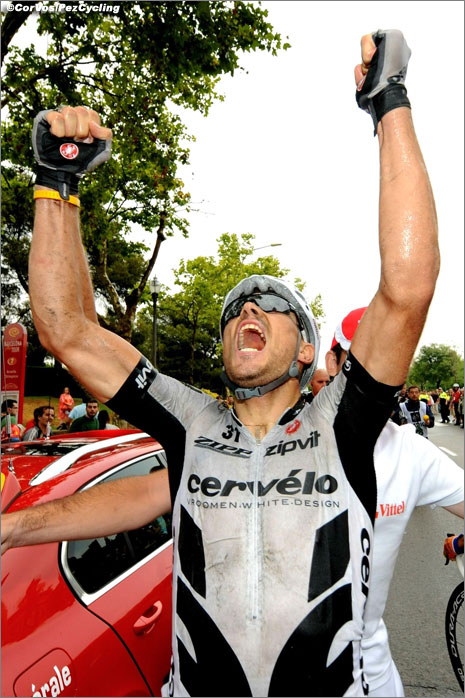 Thor is never a stoic winner. We like emotion in our winners.

I’m not a defender of the woulda, shoulda, coulda’s, but there is definitely something to be noted in those performances: he was there, contending for victory. Hushovd is going to be a major factor in 2010. If he can keep off the pavement and/or pave, he should be a favorite for one of the first three Monuments: Milano-Sanremo, Flanders, or Paris-Roubaix. Then again the list of possibilities in the Springtime continues to grow – we can add his name to the elite list from 2009 of riders that showed they’re ready to take a Spring Monument: Filippo Pozzato, Heinrich Haussler, Philippe Gilbert, and Thor Hushovd. And then add THAT to the list of proven winners: Cavendish, Boonen, Devolder, Cancellara, etc etc.

Are you ready for Spring yet?

Season’s Greetings From The PEZ-Crew!