As our march through our Top 12 Rides of 2009 continues, we land today, on Christmas Eve, on Lance Armstrong. No matter what you may think about the Boss’ comeback in 2009 – it was an amazing achievement. Three and a half years away from the sport followed by a rocky Spring, a Giro of improvement, and capped off with a podium finish in Paris – from a 38-year-old: we gotta give a tip of the hat to THAT.

I don’t go much on press conferences; everybody gets the same quotes and some of the questions are patently a waste of time; ‘congratulations on wearing the yellow jersey, Alberto – did you use performance enhancing drugs to achieve that?’ 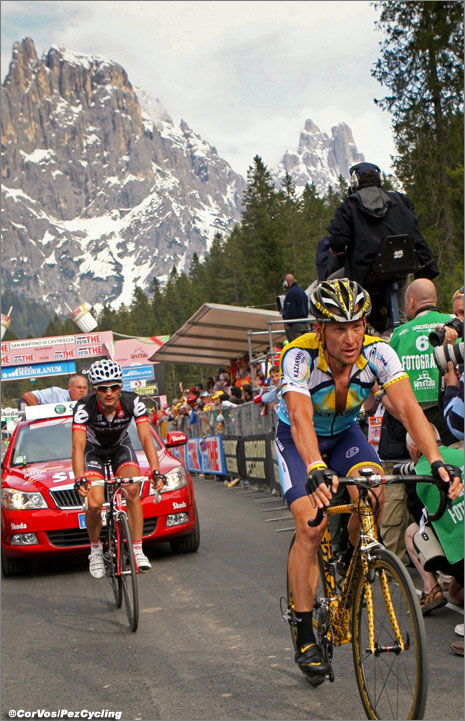 Lance’s return at the Giro was a tough one coming less than two months after his collarbone break.

For me the mark of a good press conference is when it’s a bit crazy: journos scurrying about the floor with mics, cameras, notebooks, tape recorders trying to get the best picture or get so close that they don’t miss a word. The Strasbourg press conference at the start of the 2006 Tour when Basso, Ullrich and co. said ‘adieu’ was a belter; sheer madness. 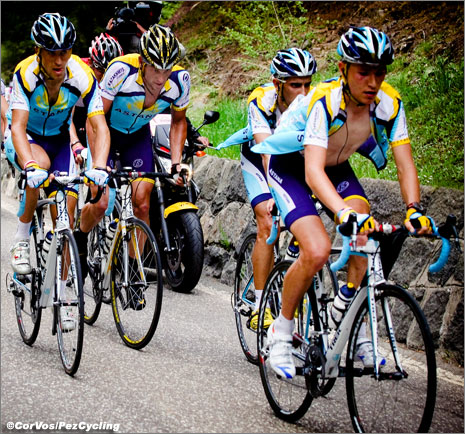 The first mountaintop finish to Alpe di Siusi was a jarring one for Lance and fans alike. None of us were used to the sight of Lance Armstrong left behind on a climb.

I didn’t see another one like it until Lance’s press conference before Milan –San Remo, this year. Up until then, his comeback had been something barely believable for me; hype, smoke and mirrors – but no, there he was, looking good, amid the TV cameras, the Nikons, the mics, the digital recorders, centre stage, taking a question from me and ready to race the very next day in the world’s most beautiful race.

Then there was the Giro, top 20 after the crash and all that time away; enough said. 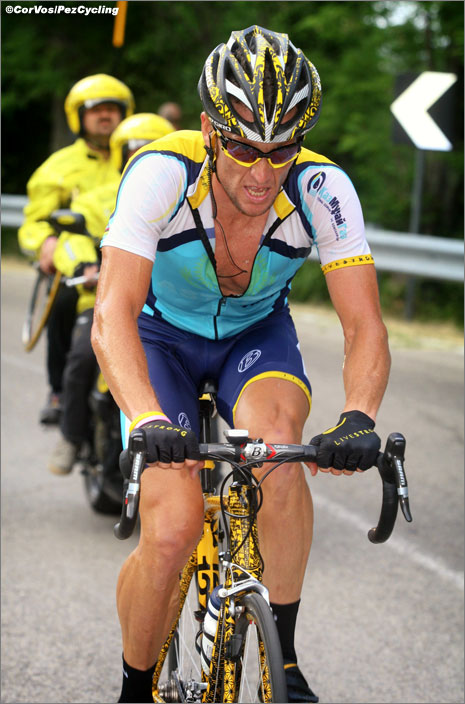 Lance became more human in 2009. That’s what made it all the more intriguing, more special. We saw Lance suffer like we’ve never seen before. There’s something to be said for that.

Fast forward to July; the nice lady from Boston has been standing under the hot Parisian sun for three-and-half hours, to see a legend. ‘I just wanted to say I’d seen Lance in the Tour, is he winning?’ she asks us, ‘no he’s third’ we explain. ‘That’s not bad for an old guy, is it?’ she smiles.

Lance Armstrong has made himself one of the most recognisable men on the planet; he’s legitimised, normalised, cycling. There are only a few times when ‘normal’ people have asked me about cycling with real inquisitiveness, rather than politeness – when Robert Millar won the polka dot jersey in the Tour; when Graeme Obree was amazing the world; when Chris Hoy pulled off his Olympic treble – and when Lance was riding his Tours. 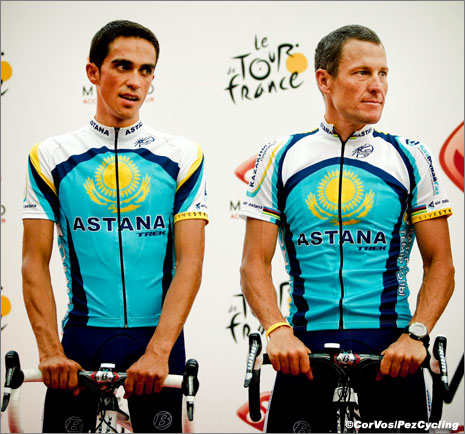 Do we even need to say anything about the Lance v. Contador spat? It very nearly defined the Tour de France.

‘That boy Armstrong must be the best cyclist in the world, then?’ As much as I try to explain about the Classics, the Giro, the Vuelta and all the other races that make our sport so special, their minds are made up; ‘but that Tour de France is the biggest race though, it’s the one that really matters – that’s the one to win!’ If Lance can win over chain smoking, hard drinking, soccer obsessed builders into his camp – he has to be special. 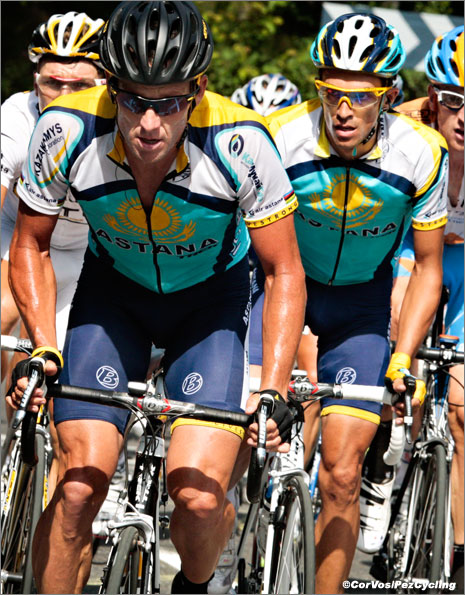 For me, the reason he came back was simple; Carlos Sastre won the 2008 Tour and Lance thought; ‘no way!’ where’s my Trek? People asked me, when the comeback was announced; ‘can he win?’ I always gave the same answer; ‘if he didn’t have the numbers he wanted in training, he wouldn’t be riding.’

I watched the early Tour stages with interest; his Monaco prologue was shaky, his ‘cross wind coup’ demonstrated that razor sharp tactical brain he possesses; the TTT was brilliant and whilst Arcalis reminded us that we’re in the ‘Age of Alberto,’ it wasn’t until Verbier that the dream ended. L’Equipe expressed it best; ‘Armstrong redescend sur terre’ – ‘Armstrong back to earth.’ 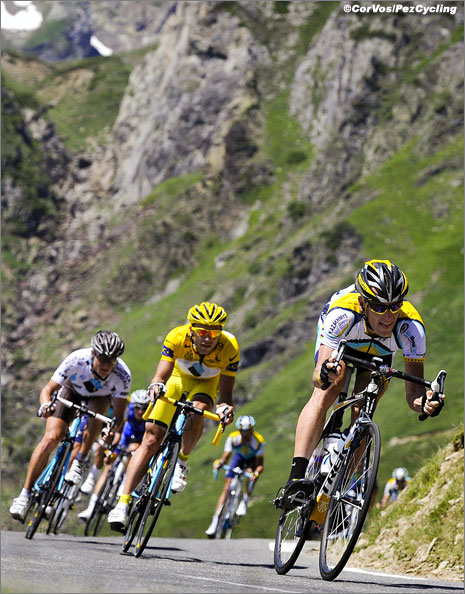 He dug deep on the Colombiere; say what you like about the man, but he can hurt himself.

Lac Annecy and the time trial; I was brought up in an age when ‘chrono men’ approached a key time trial with monk-like dedication. Ole Ritter would eat lunch quietly, away from the team to get ‘in the zone,’ preparing his mind for the hour of 56 x 13 fuelled pain about to come. 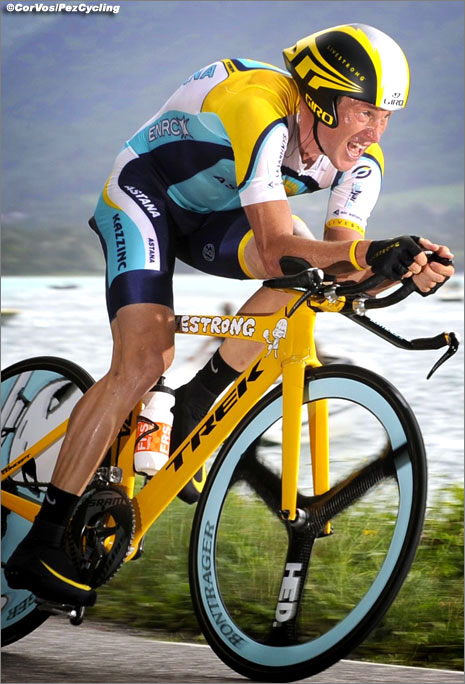 Lance was a shadow of his former self in the long time trial of the 2009 Tour. Methinks we’ll see a very different Lance in 2010.

Lance? It’s a Hollywood Premier; police, body guards, Audis with blacked out windows, glam girlfriend complete with grandma and baby Max, time trial bikes with paint jobs by famous artists – the man is of his time, the digital age, MTV, Twitter, sound bites and silver medals are for ‘best losers.’ Despite his two minders to keep ‘ordinary’ people away, he’s what today’s public wants and expects in a media star – maybe that’s why he’s never caught on in Belgium.

Things weren’t so ‘blingy’ after is trip around the lake – gaunt, wasted, way off the pace.

But it was enough and like the rest, he ‘sportived’ the Ventoux, defended his third spot and glowered at Alberto on the podium in Paris. 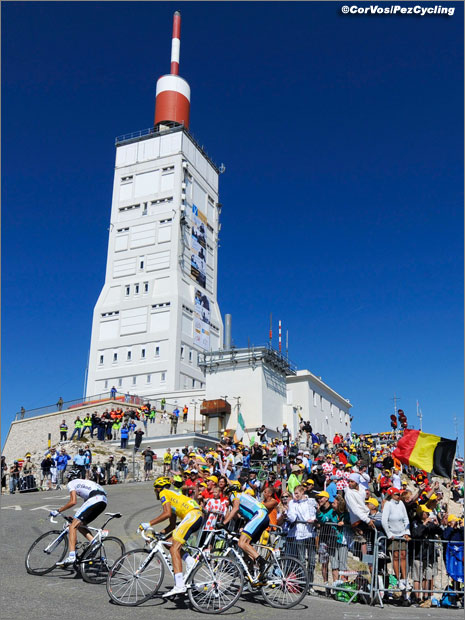 There was a lot of criticism about Lance’s climbing at this year’s Tour, but then again, he finished with the two best climbers on the planet on the Ventoux. Chapeau.

And now it’s ‘The Shack’ and we’re to believe that despite the fact that he’s snaffled almost the entire Astana line up; ‘the Tour isn’t all about me,’ or words to that effect.

And then there was the 2010 Tour launch, tempers running high, threats, swearing, general mayhem, with Lance in the middle of the maelstrom, loving every second of it – when he does finally bow out, for good, I’m definitely going to miss his press conferences! 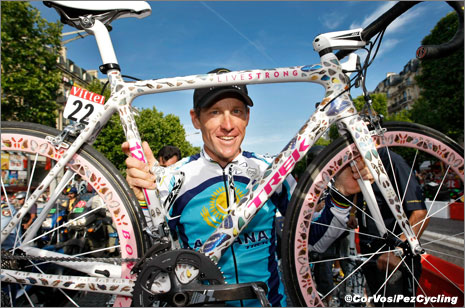 I think we can expect a LOT more from Lance Armstrong in 2010.

Season’s Greetings From The PEZ-Crew!