2014 saw a lot of big names of our sport retire, Andy Schleck, Cadel Evans, Thor Hushovd & David Millar just to mention a few but as big as these riders were it’s a man that never won a Grand Tour or a monument who will be missed the most amongst many cycling fans – Jens Voigt.

Jens Voigt was born on 17 September 1971 and from a very early age he showed promise in sport and in particular on a bike quickly joining a national sports school at age 14 to concentrate on cycling and athletics. What followed was a very impressive amateur career that included victory in the presitigious Peace Race and the overall UCI amateur rankings in 1994 amongst other big results.

This amateur palmares would eventually lead to a pro career that started with the Australian Giant-ZVZZ team in 1997 and would go all the way through to 2014 with the Trek team and included victories in stages in the Tour de France & Giro, Overall GC victories in many stage races like the Tour of Germany, Tour de Pologne and his favorite Critérium International race and would culminate in his now beaten World Hour record in September 2014. 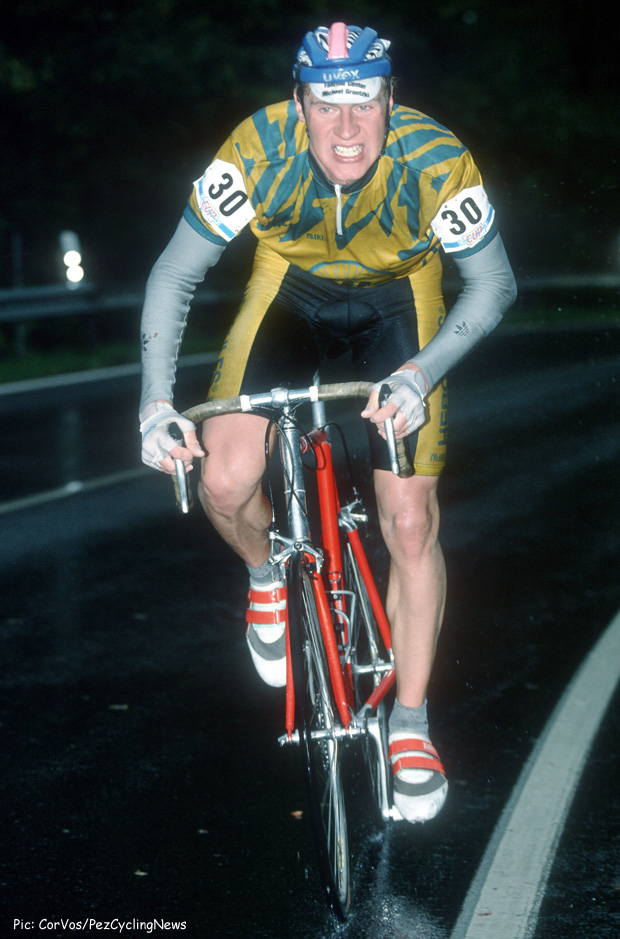 On the attack as an amateur in 1993 with his typical trademark all or nothing style. 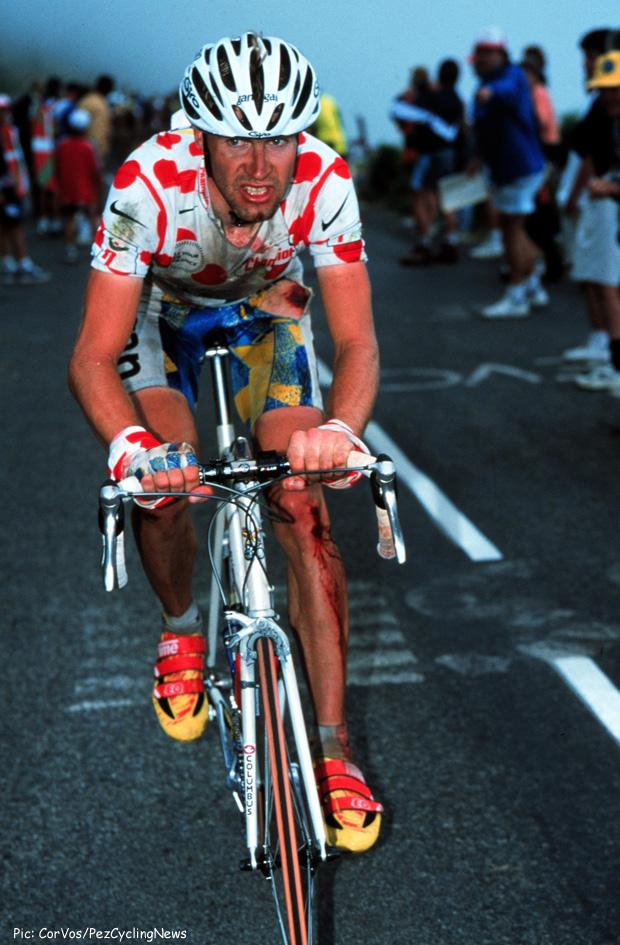 In his second pro year Jens joined French Division 1 team GAN and was selected in their Tour de France squad. He justified his selection with a gutsy breakaway on Stage 9 where he was narrowly beaten for the stage win by Leon Van Bon but he did earn the KOM jersey. Wearing the jersey the next day he crashed heavily but remounted and fought on but lost the jersey – but did finish the Tour (83rd). This Tour would be the first of his 17 consecutive Tour de France’s and he finished them all except for 2 (’03 & ’09) 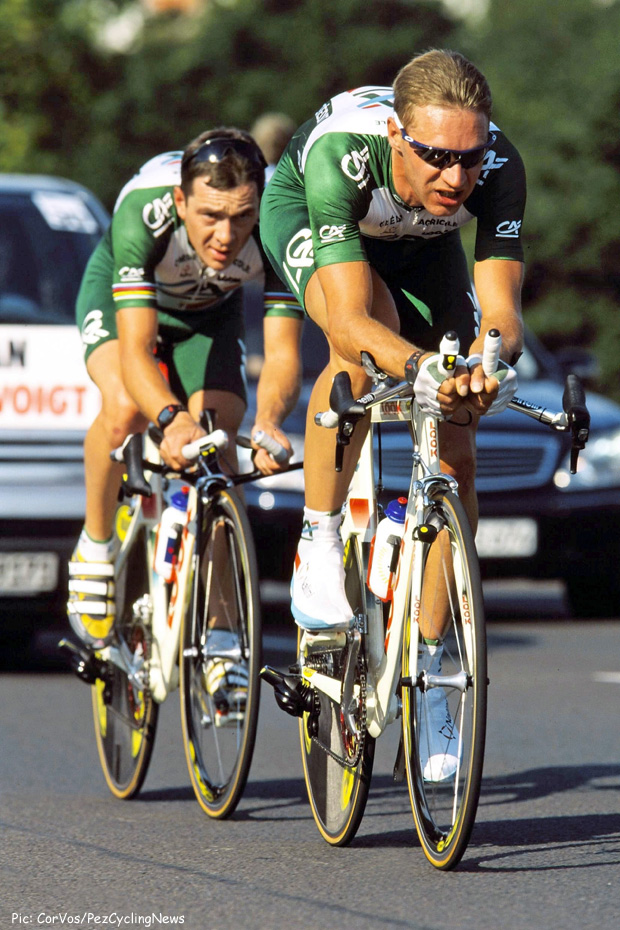 The GAN team became Crédit Agricole after the ’98 Tour and Voigt stayed with the team until 2003 racking up a number of victories in that time including stages in the Tour de France and two victories in the prestigous two man time trial, Le Duo Normand that he won in ’99 with Chris Boardman (pictured) and again in ’03 with Jonathon Vaughters. 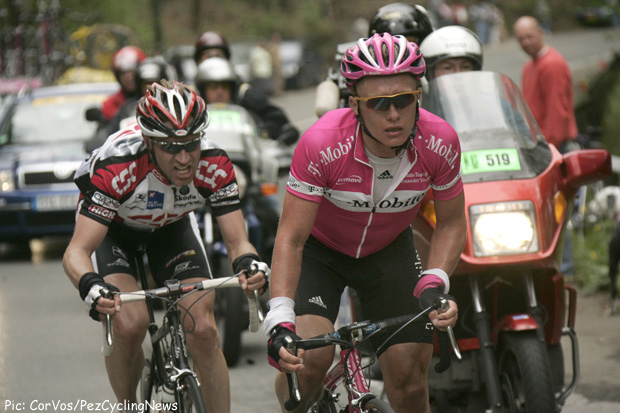 In 2004 Jens moved to the CSC squad where he continued his role as breakaway king, shorter stage race GC man and ‘domestique deluxe’. He also came oh-so close to being a momument winner when he was narrowly beaten by Alexandre Vinokourov in Liege-Bastogne-Liege of ’05 after a mammoth breakaway. 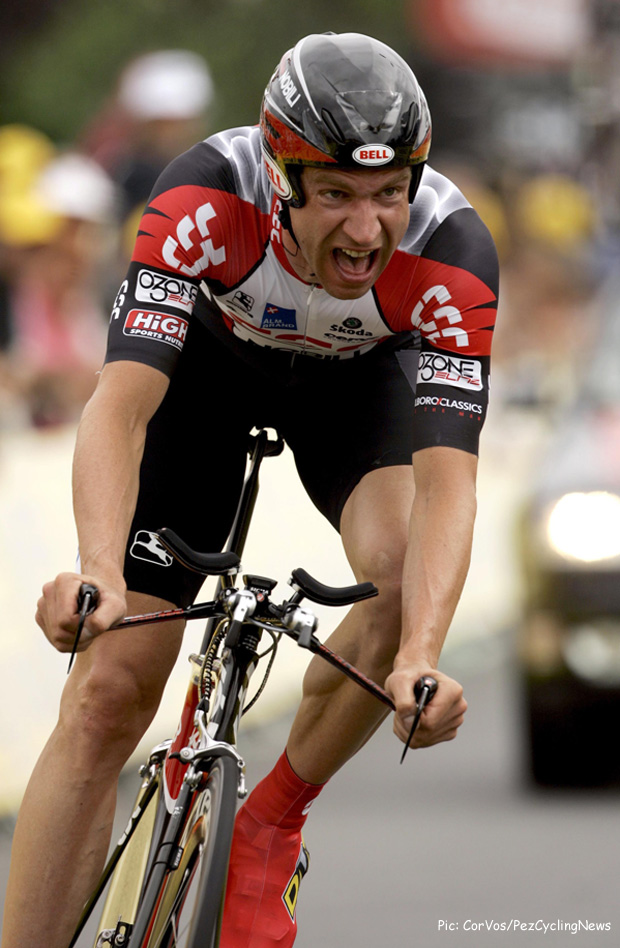 Short time trials and 3-7 day stage races were Voigt’s favorite hunting ground though during his CSC years and his results there included winning the GC at the Criterium International in ’04, ’07, ’08 & ’09 and the Tour of Germany in ’06 & ’07 amongst others. 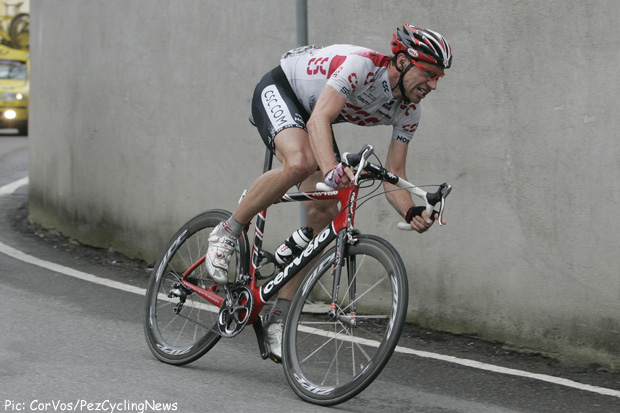 Voigt’s CSC years were also the only times that he raced the Giro (’06, ’08 & ’09) and he finished all three times including a stage win pictured here on the 18th stage of the ’08 race that he won with a typically strong solo move. 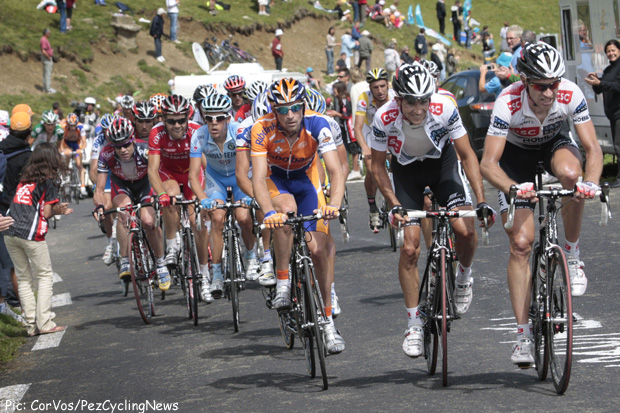 Later that year Jens would go on to play a vital role in Carlos Sastre’s narrow victory over Cadel Evans at the Tour de France – a ‘super domestique’ role that he would continue with a vengeance throughout the rest of his career. 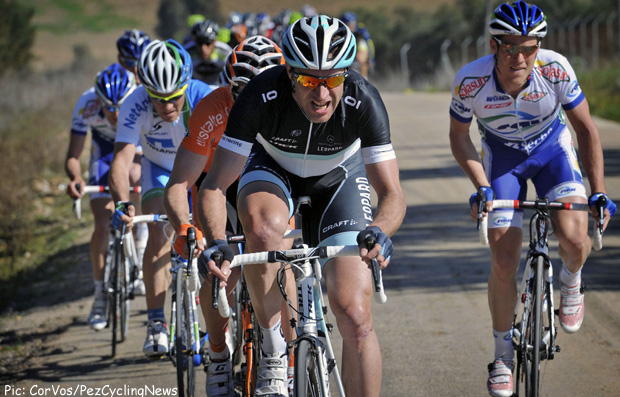 In 2011 Jens left CSC to join the new team Leopard Trek but it would be the first year of his career without a victory. This statistic was not helped by some injuries that year including a fracture to his scaphoid in a crash in the Tour of California where he remounted and finished the stage before doctors discovered the fracture later that evening. 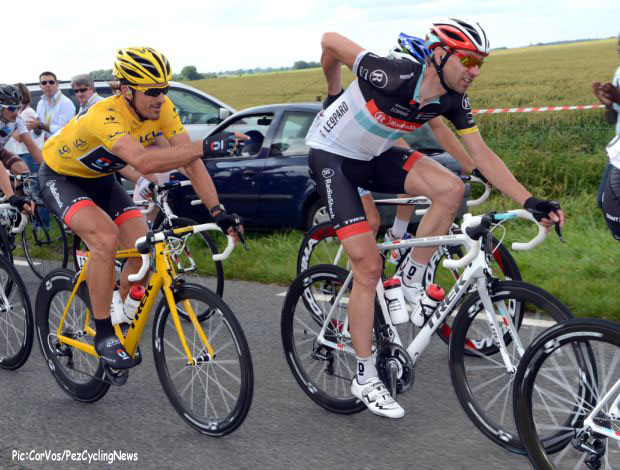 In 2012 Leopard Trek became RadioShack-Nissan and Jens continued his strong domestique work at the Tour de France helping Fabian Cancellara and others throughout the race and also notching up a victory of his own at the USA Pro Cycling Challenge (one stage and the KOM jersey). 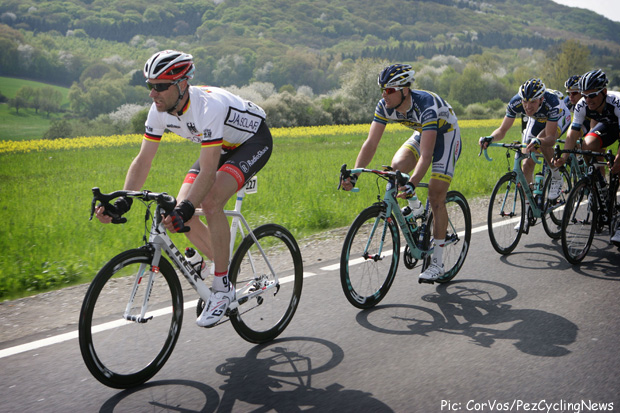 In 2013 the name of the team changed again – this time to RadioShack-Leopard but either in his Shack jersey or representing Germany as pictured above in the Rund um den Finanzplatz Eschborn Frankfurt Voigt kept his typically aggressive style that would be rewarded in California that year with a stage win. 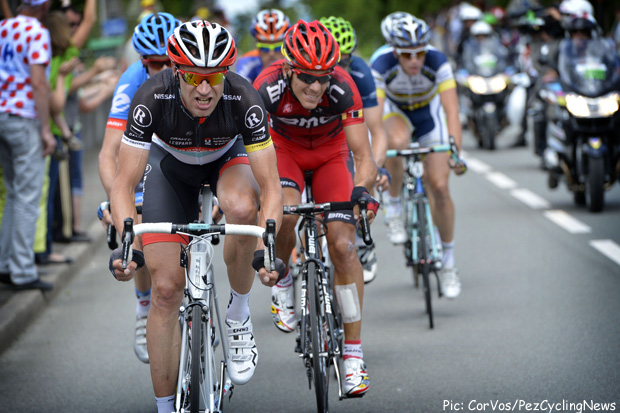 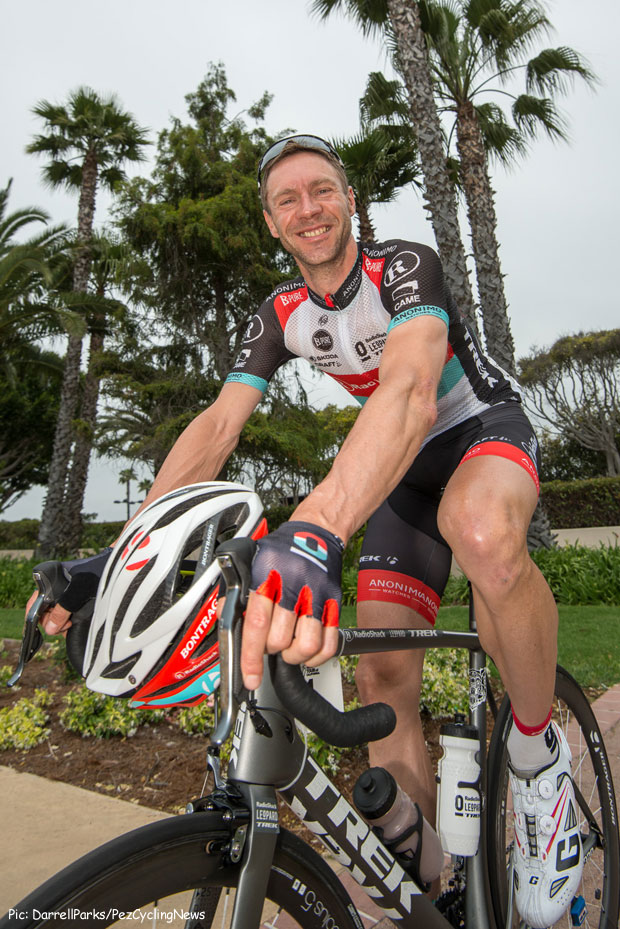 America was a happy hunting ground for Jens in fact and he loved the interaction with the crowds, fans and journalists. 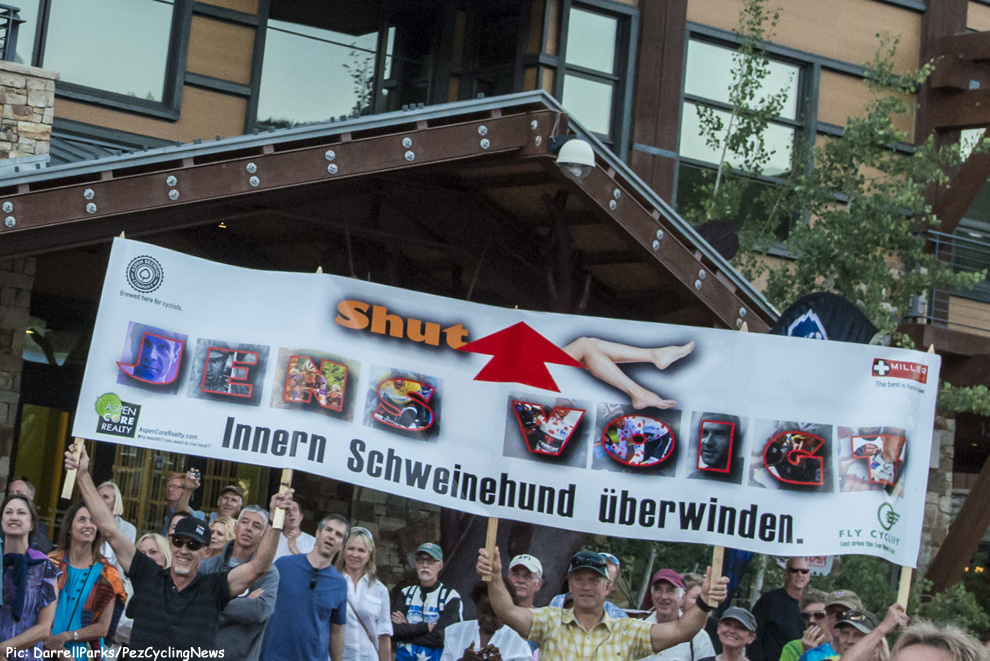 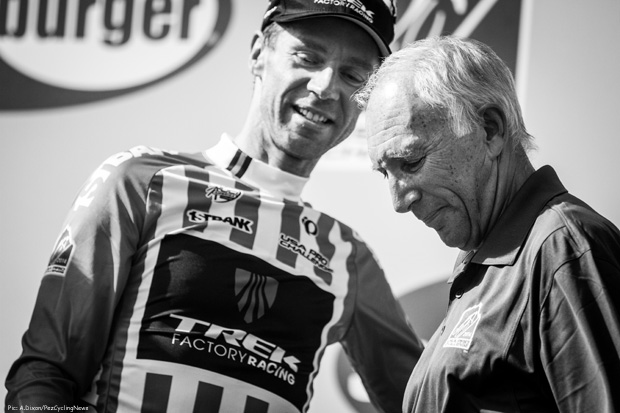 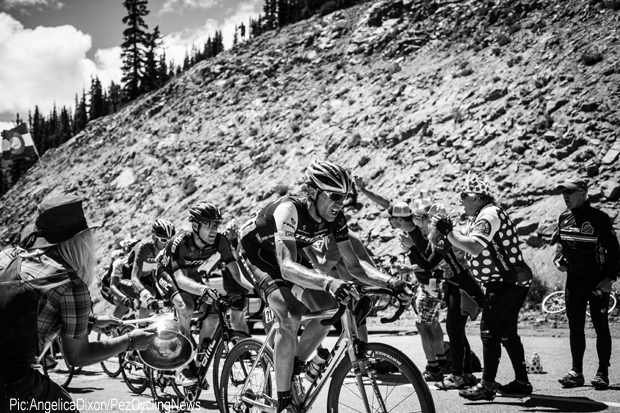 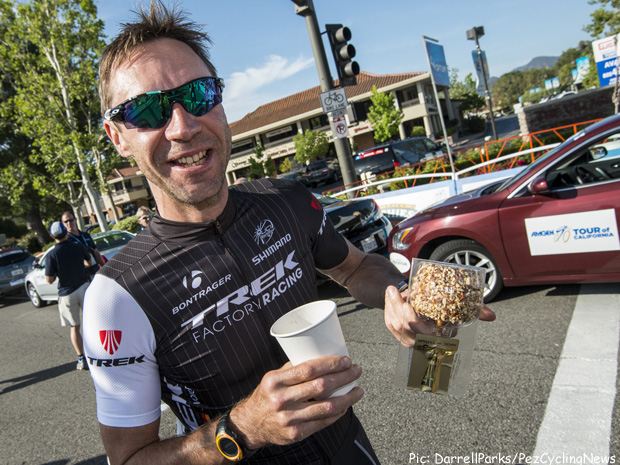 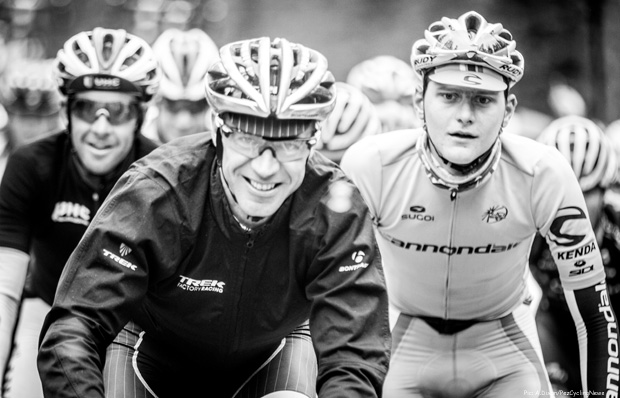 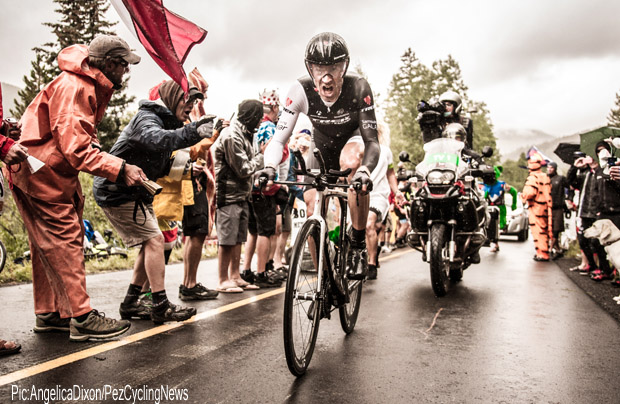 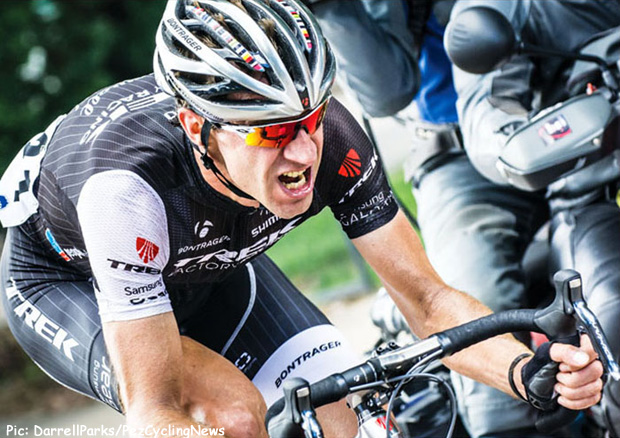 No Jens Voigt photo special would be complete without this great shot from our North American ace photographer Darrell Parks of Jens pushing it hard during a solo break at the 2014 USA Pro Challenge. This shot of Jens giving it all for one of the last times in his career would go on to make it into Darrell’s 2015 calendar.

Jens was also immensely popular in Australia and loved to return to where the roots of his career started ‘Down Under’ when he could. 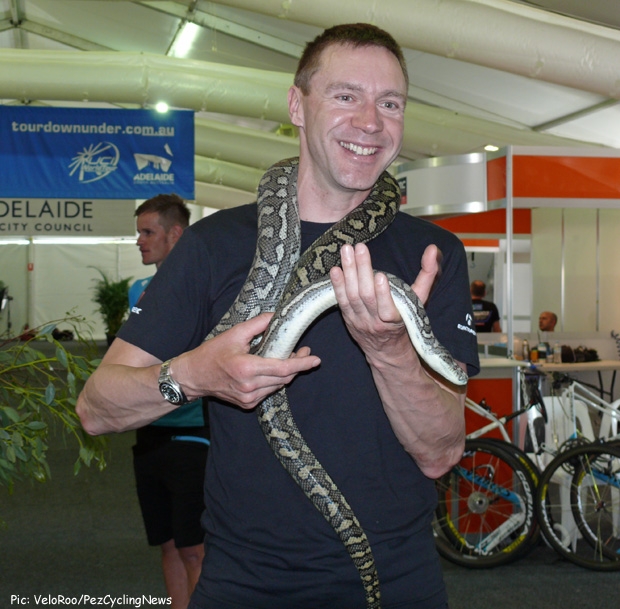 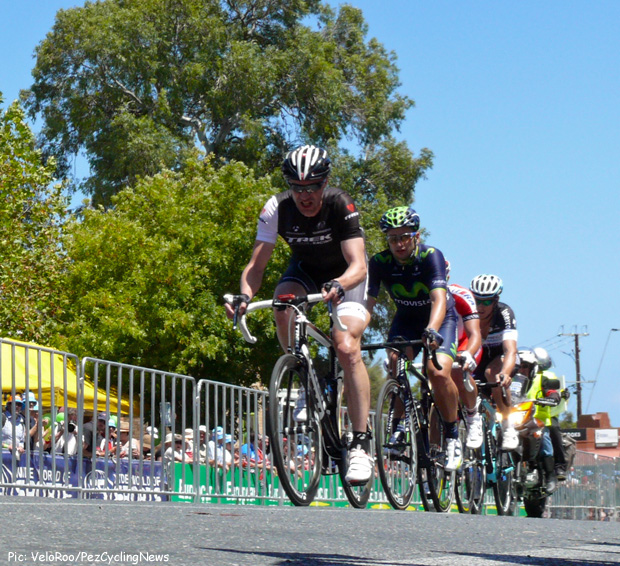 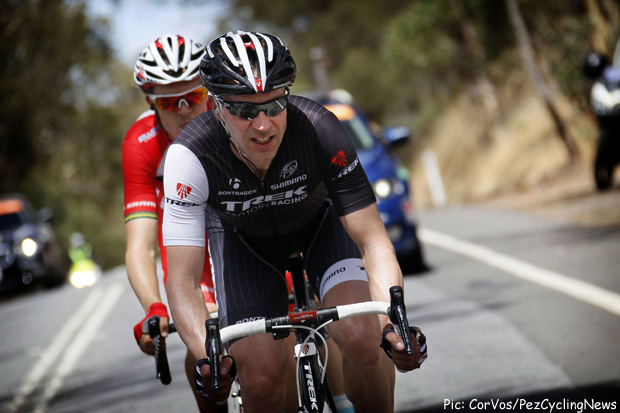 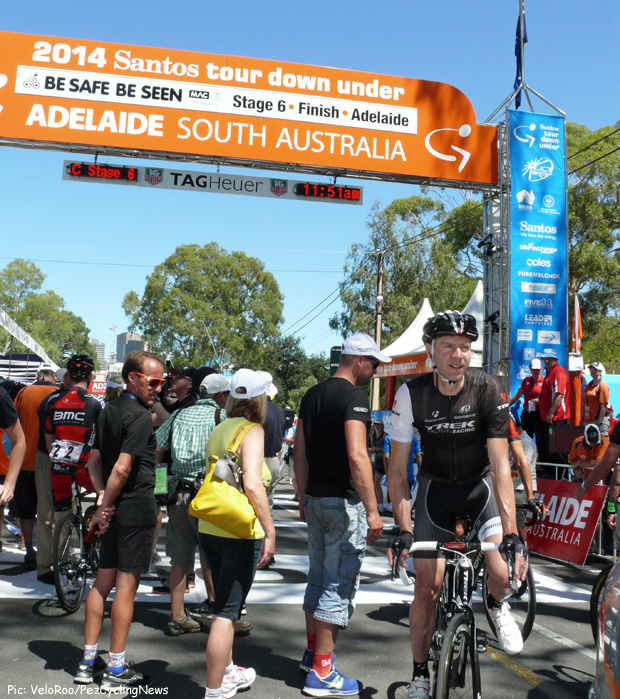 No Jens at the TDU this year as a cyclist although he could be back with his new ‘Ambassador of Awesome’ role at Trek as he takes on a very multi-task role as he described in a recent interview. 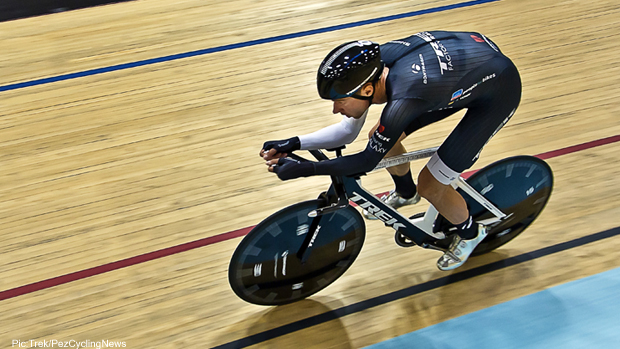 At 43 years old, Voigt turned his hand to the track in his last competitive ride of his career and the famous ‘hour record’. After changes in the UCI rules the new mark to beat was that of 49.7 km and on the 12th September he did just that, setting a new record of 51.110 kilometers. Although the record has since been beaten by Matthias Brändle it was a fitting way to close out his career, one man pushing himself to the limits as he had done since his debut in the pro ranks. 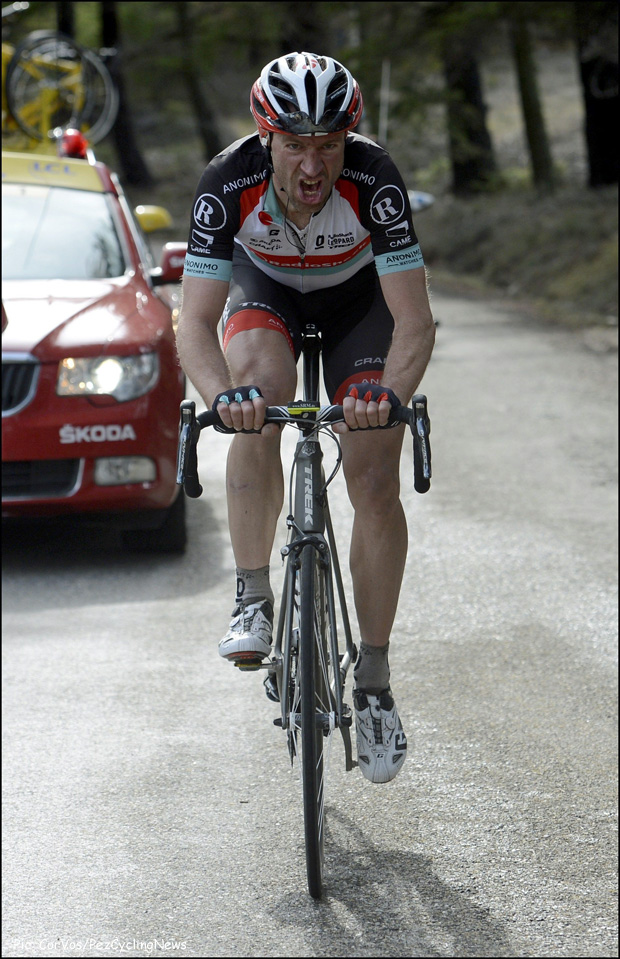 Got a favorite Jens moment not covered here? Let us know in the comment box below or send an email to [email protected] and we’ll try and add it in to our Facebook page or PeloPics if possible if we have it in the archives. Or maybe you have a great Jens story and/or photo of your own? Send them in and share with your fellow Pez fans and we’ll run them.
Like PEZ? Why not subscribe to our weekly newsletter to receive updates and reminders on what's cool in road cycling?