Every year our man in Virginia, Darrell Parks, is road-side in Arlington for the Air Force Association Cycling Classic and this year is no different. As always he gets the best pic from the race course and is always in the right place at the right moment for the best action shots.

I always look forward to shooting the Air Force Association Cycling Classic every June. This edition was my 15th trip downtown to watch the pros and some of my friends and riding buddies give it their all. The temperatures were hot and so was the racing here in Arlington, Virginia, a mere 20 minutes from my home in Vienna. Here’s my recollection of the day’s events in pictures. 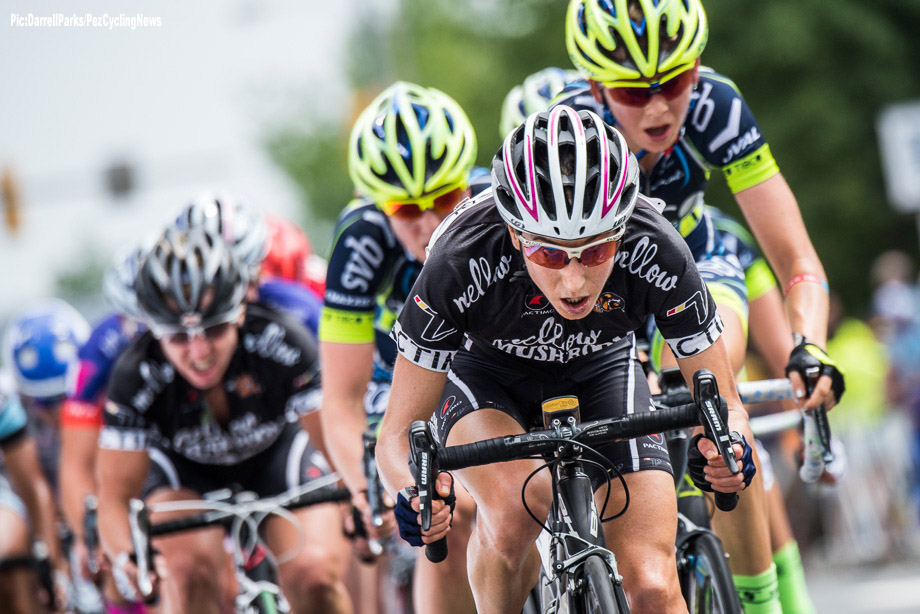 The full day of racing starts early in the morning with amateurs racing on the same course that the pros ride. The women’s pro race starts immediately after the amateur races at 10 AM with 50 laps around the 1 kilometer, hourglass shaped course. This year Team Tibco dominated the day with Lauren Stephens riding away to a solo victory. Team Mellow Mushroom gave it their all in trying to bring her back, but she was just too strong. 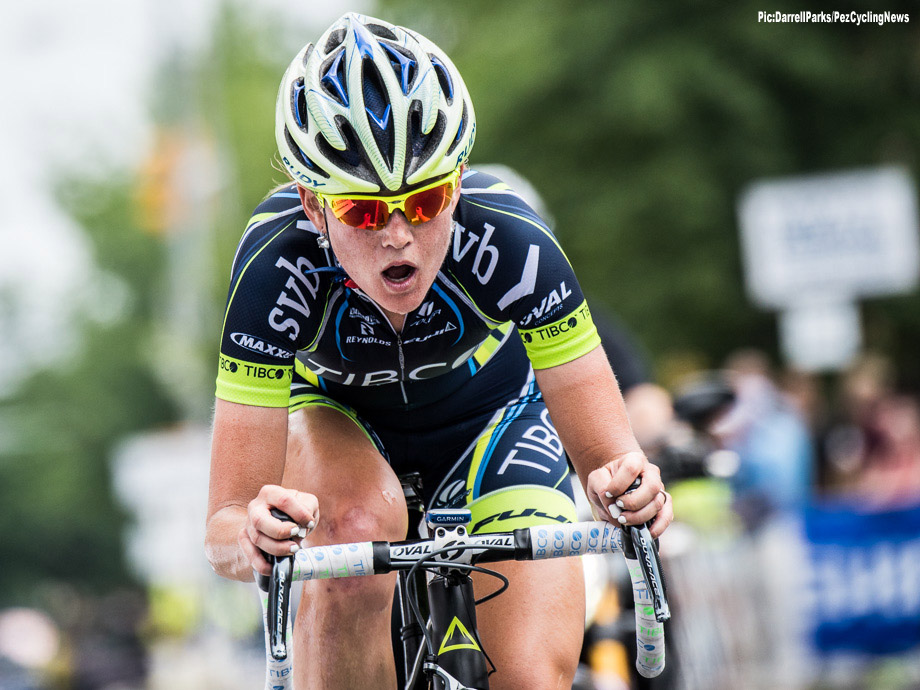 The call ups usually allow for a chance to do some really nice portrait work. Using a long lens and a wide aperture renders a nice background of color from the out of focus racer’s kits. Here Hilton Clarke strikes a pose in his NCC leaders Jersey. 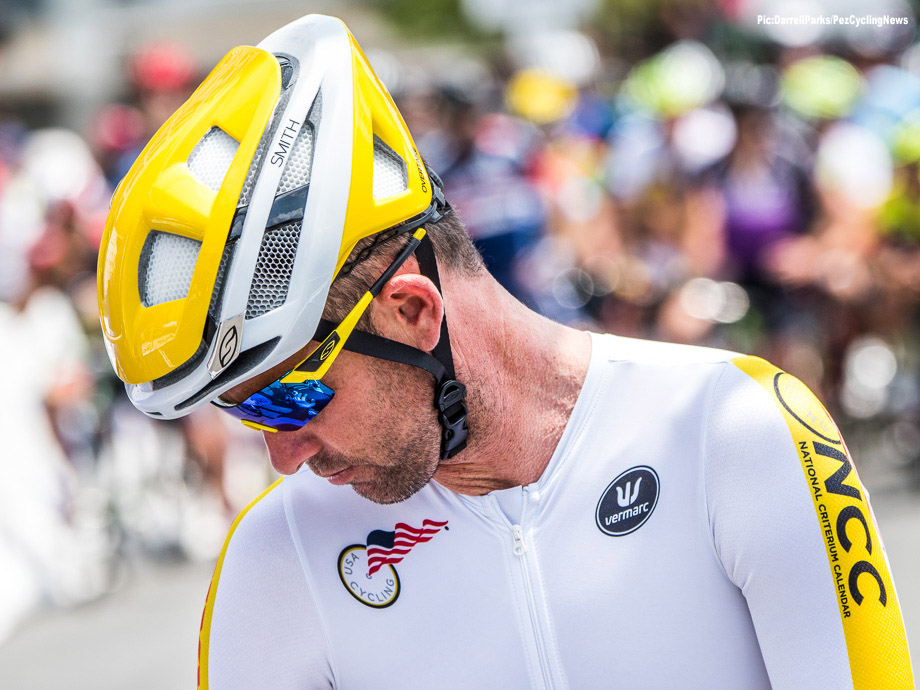 I was pleasantly Surprised to see team Airgas Safeway rider Chris Horner lining up for a criterium race in the USA. Kudos to him for racing hard and hanging in there for the entire 100 laps! This was a far cry from the stage races he is used to competing in. 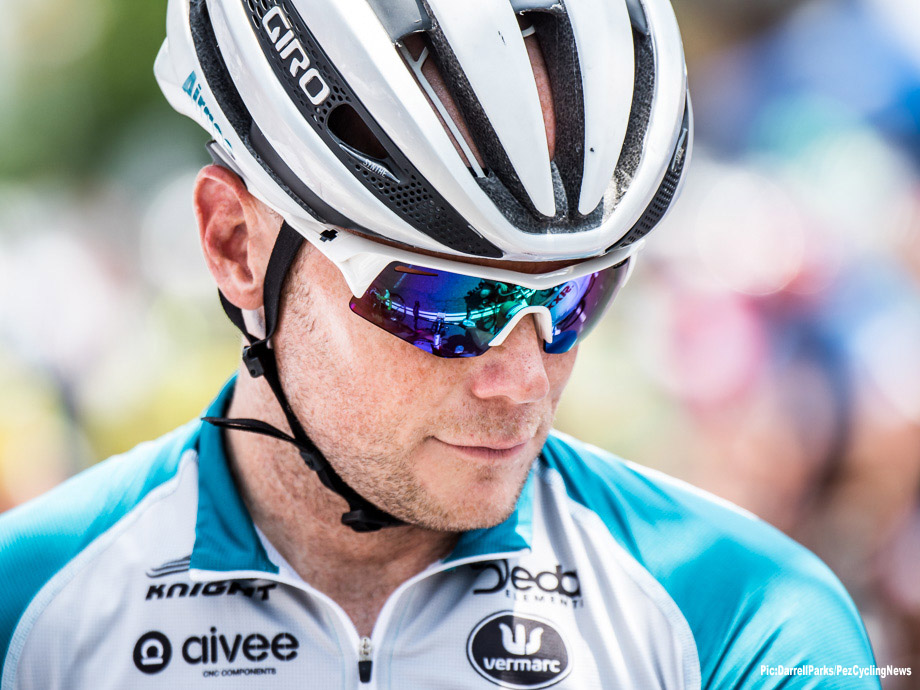 Local racer/coach/bike shop owner Jared Neiters was off the front from the gun for the second year in a row. The peloton must have remembered his long escape last year and shut him down after just a few laps. I enjoy shooting Jared as he typically races without wearing sun gasses allowing you to capture the intensity in his eyes. 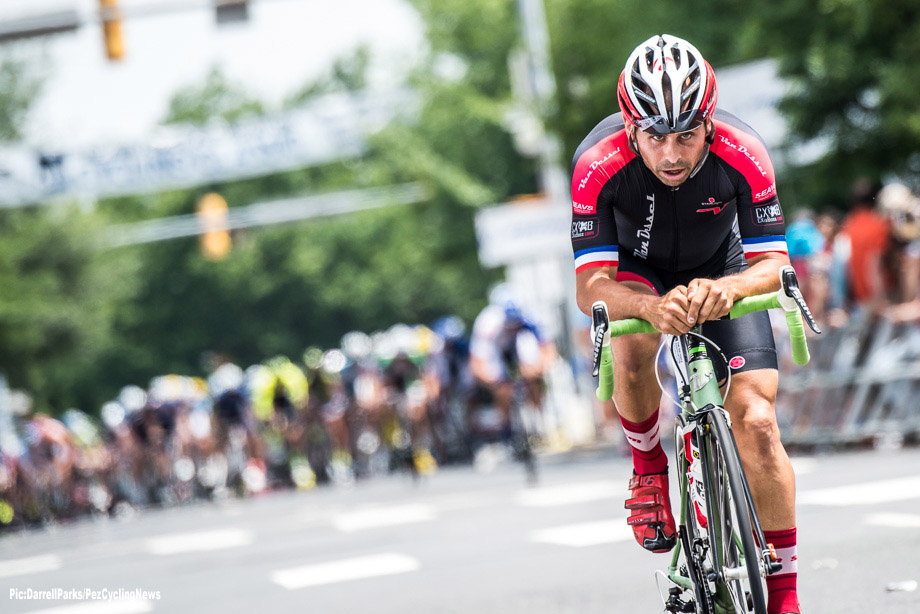 Colorful racer Adam Myerson leads the peloton through turn one. Adam is racing the final season of his cycling career, but still mentoring young guns like Ryan Aitcheson on his Astellas team. Ryan seemed to be learning quite a bit from Adam as he ended up taking second place on the day. 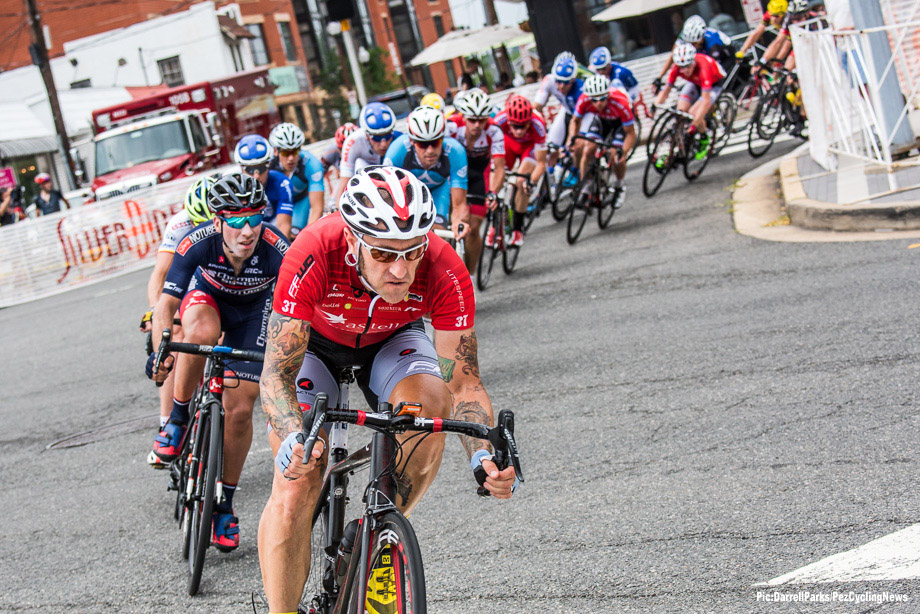 Last Year Kelly benefits rider Ben Fredrick spent a good part of the race off the front solo. This year he did the same, netting him the most aggressive rider jersey for his efforts. 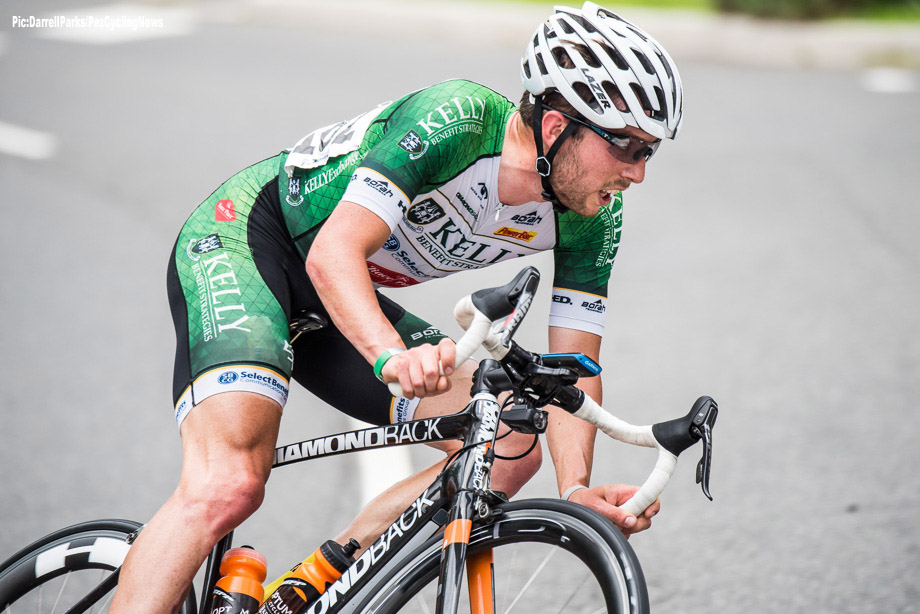 Here I captured Race winner Hilton “Clarke” with bib number 2 going through turn 2 which happened to be lined with “Clark” construction banners. Coincidence or just another cycling scandal in the making? 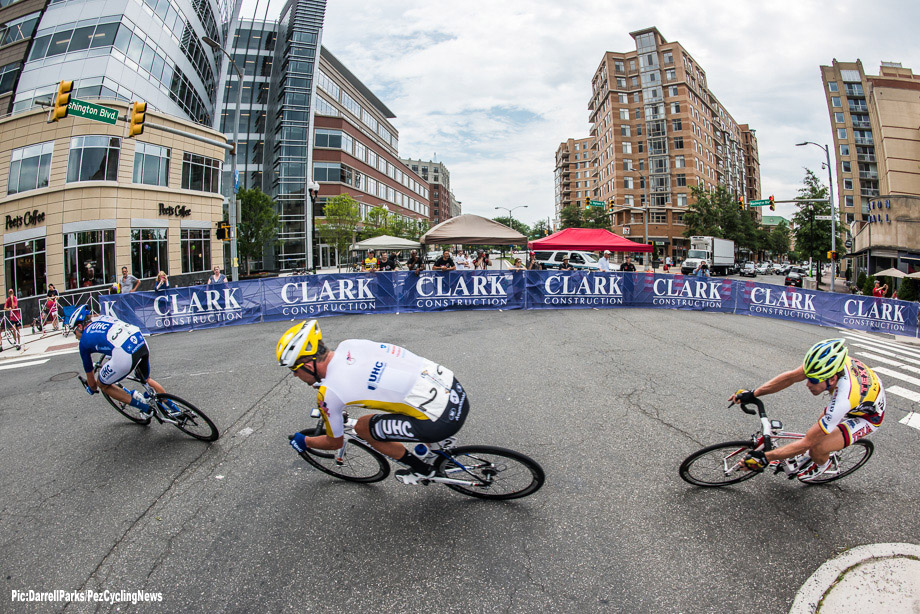 As the day progressed so did the temperature. The feed zone was eventually opened and out came the ice bags and water bottles. It’s truly amazing that anyone can actually get a bottle amongst the pandemonium that surrounds the feed zone. Team Airgas DS Chris Johnson cools his noggin with ice before transferring it to his team in the feed zone. 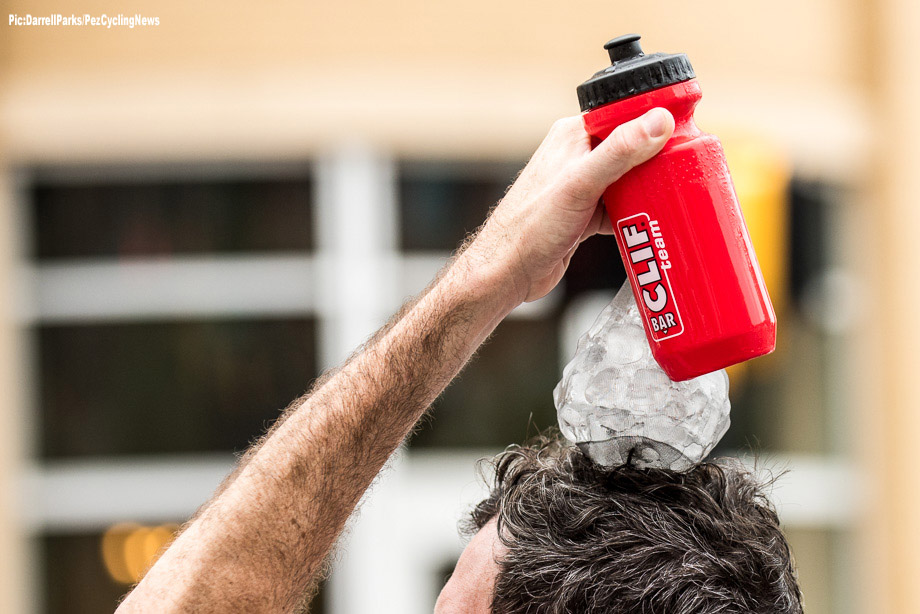 The violent transfer of bottles at 30 miles per hour can often produce their own spray. 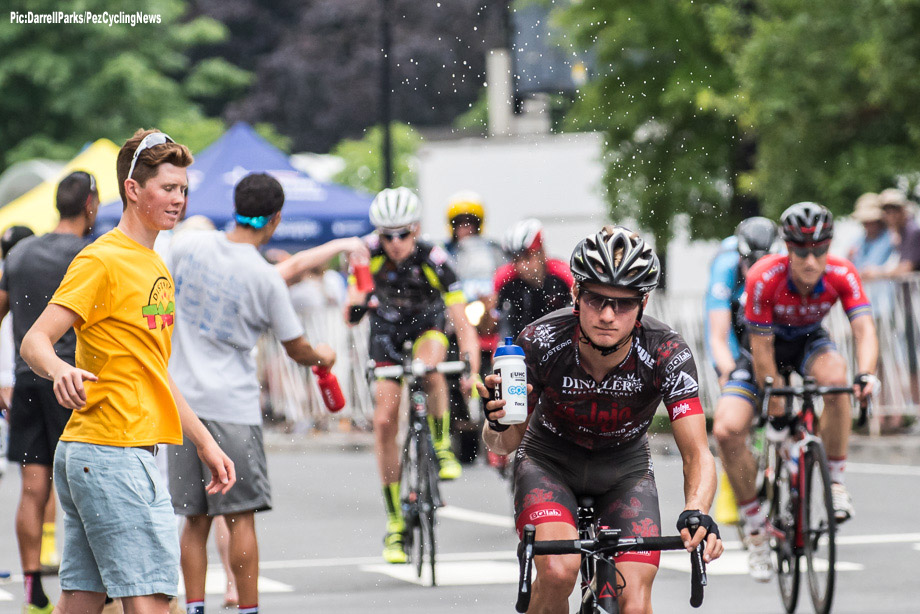 Team Airgas rider Ryan Easter prepares to stuff his newly acquired Ice back down his back. Temperatures were in the 90’s on Saturday with humidity at oppressive levels as well. 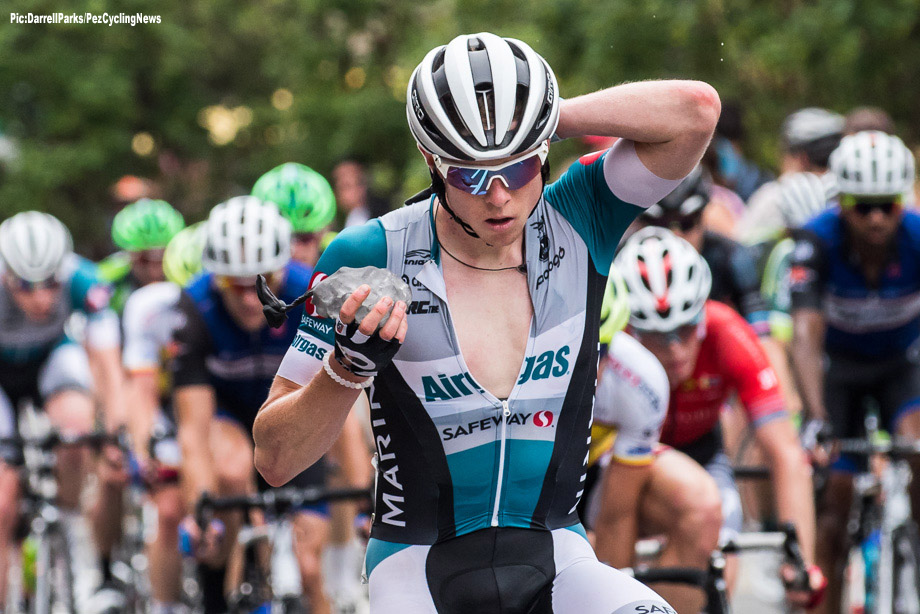 A trip to the top floor of a parking garage gets me the vantage point needed for this scenic of the peloton heading into the final turn. It’s always nice to find some elevation to get a different perspective of the racers. 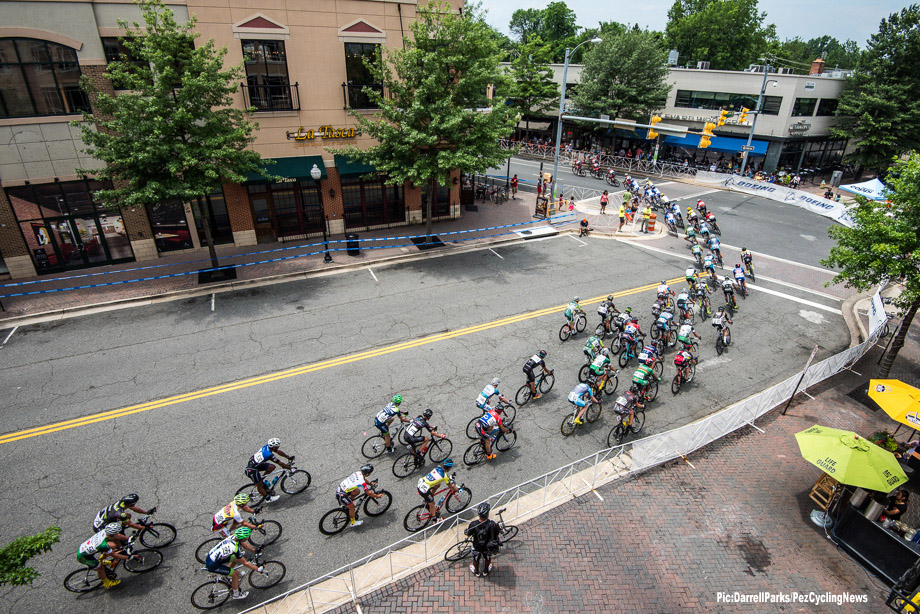 People always ask me if I get a lot of pictures of crashes. They assume that since I shoot a lot of races I therefore must capture a lot of crashes. What I capture a lot of is bikes and riders on the ground right after a crash. But capturing the actual crash is more a matter of luck than anything else. I got really lucky at the Clarendon Cup as I ended up in the right place with the right lens and camera in my hands when I heard that awful sound of a crash. I quickly swung my camera towards the sound and began firing away. Team Jamis rider, Luis Araman, had gone down and now I was watching and shooting as UHC rider Karl Menzies began to run him over. It then quickly morphed into Araman on the ground bracing himself for near certain impact from the other riders bearing down on him. Miraculously, no one was seriously injured in the crash. 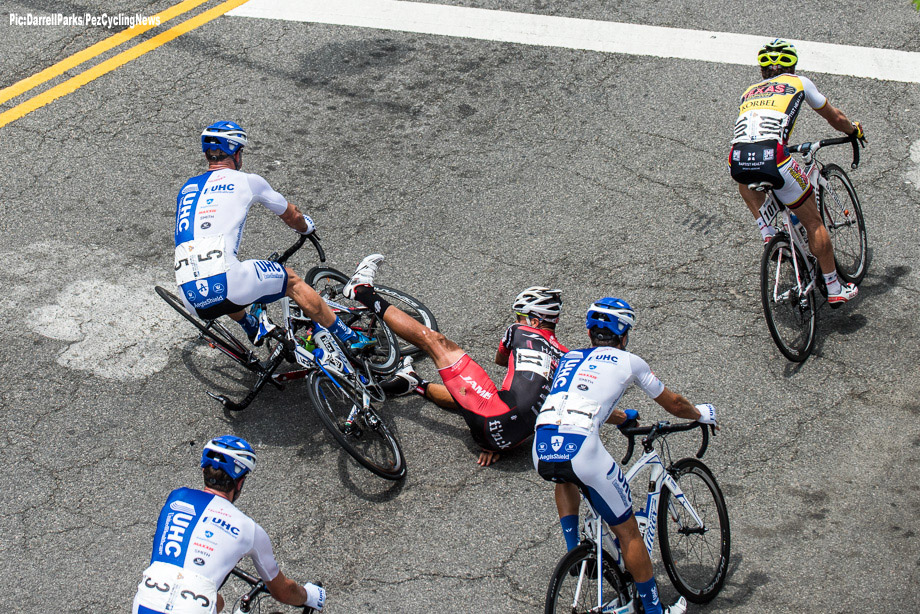 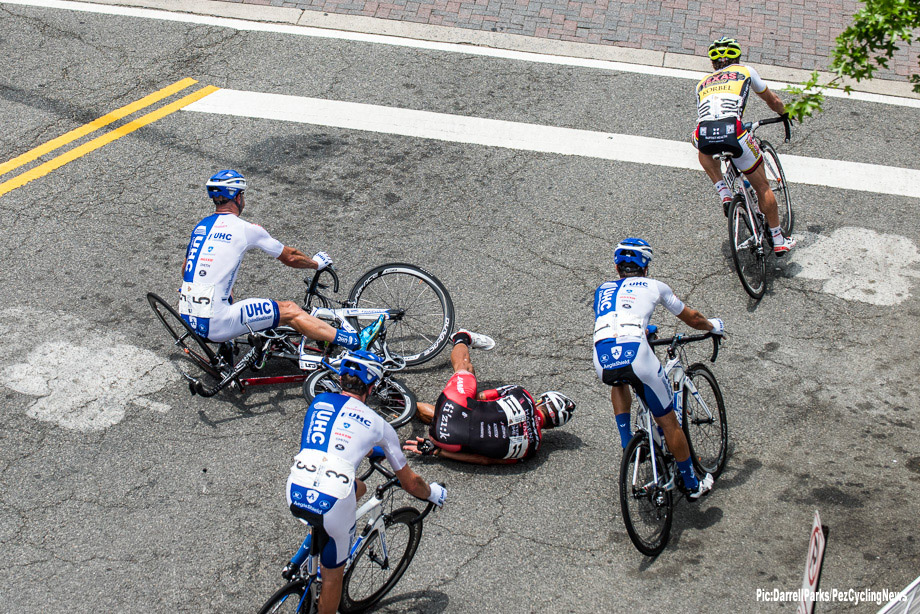 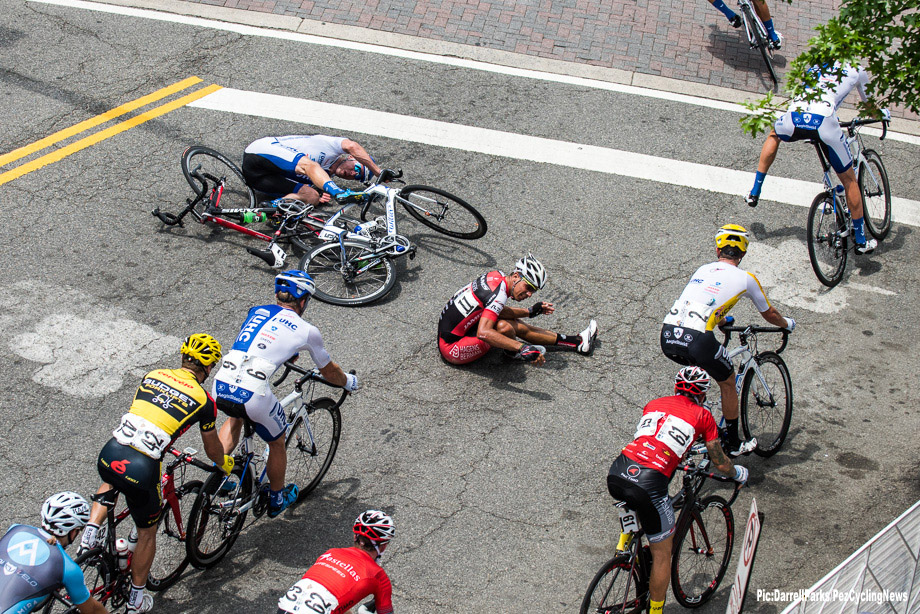 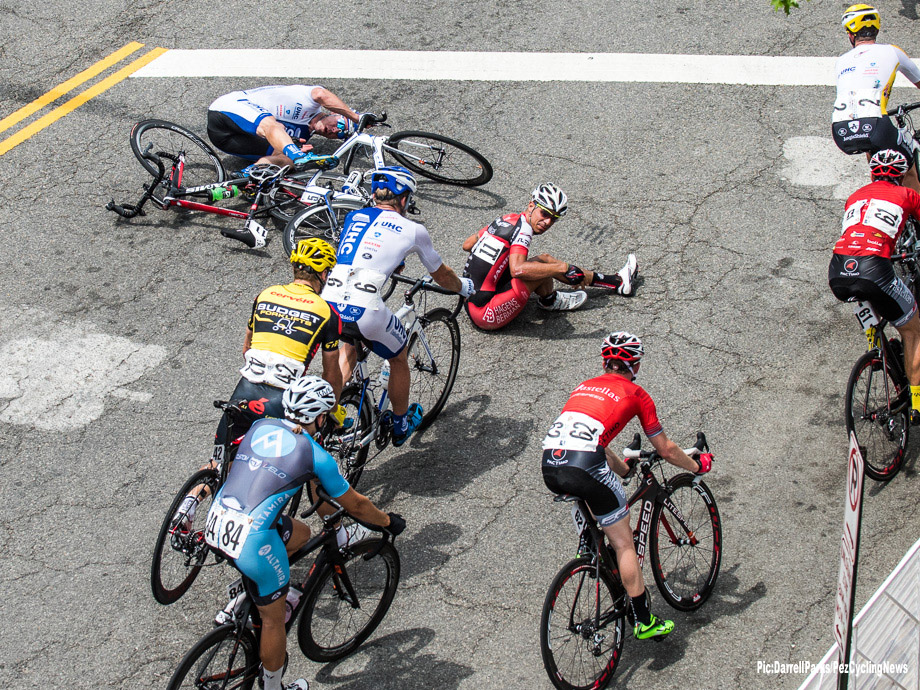 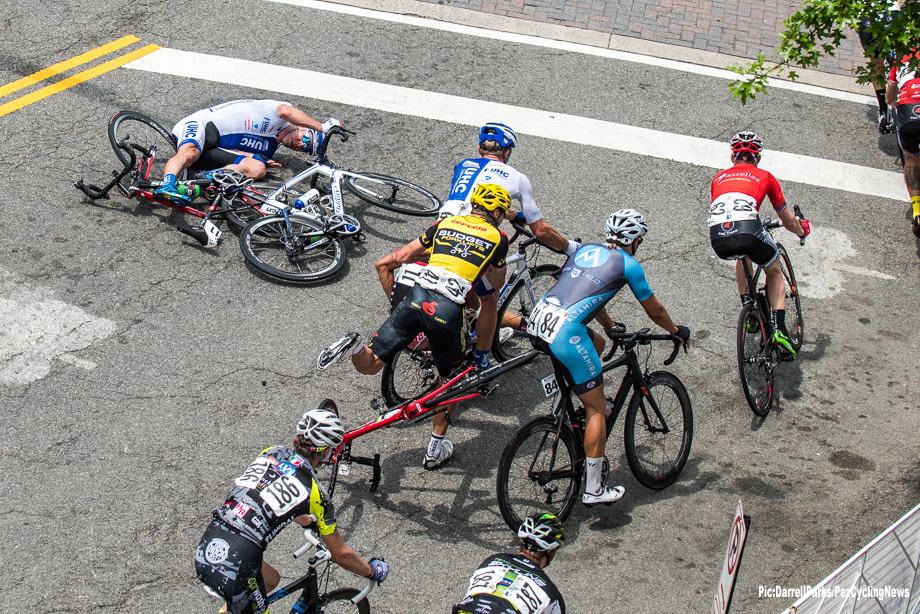 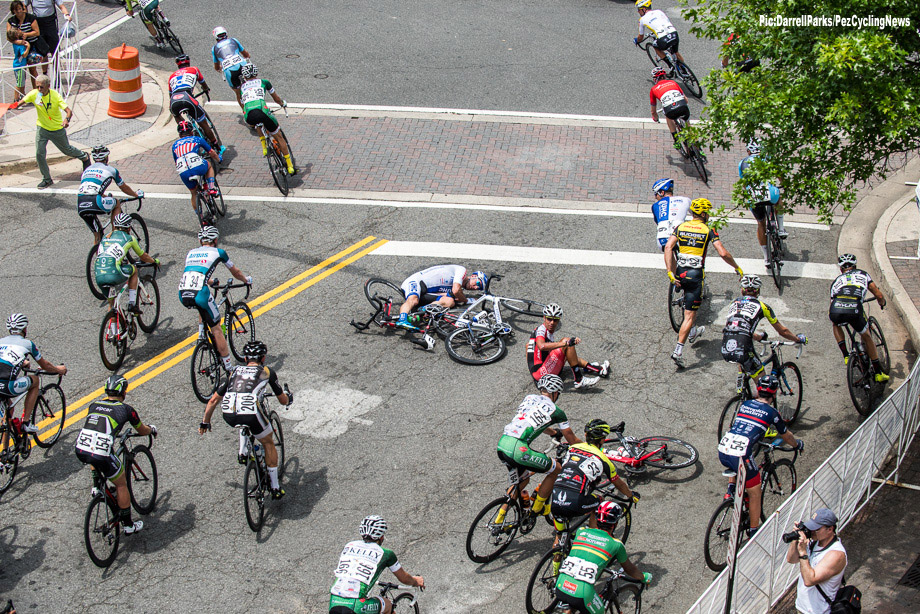 UHC rider Karl Menzies looks like he’s out of the race as his face shows the tremendous pain he has sustained in the crash. But no, Karl got back on his bike, took to the front of the UCC Train, and stayed there for the remaining 20 laps of the race! 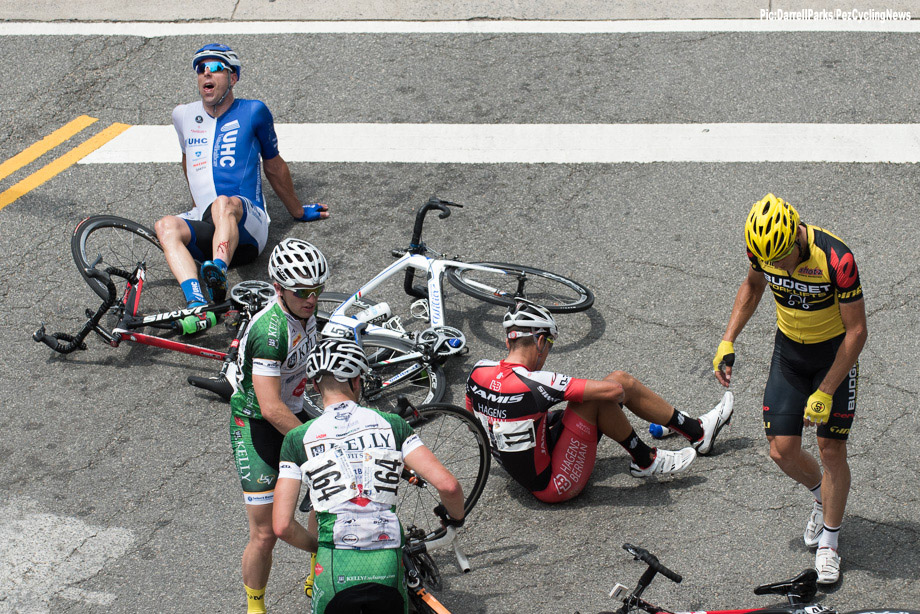 With the crash now out of the way, I grabbed one more rooftop scenic in front of the Cheesecake Factory in turn 4. With just a dozen or so laps left it was time to make my way back towards the finish. 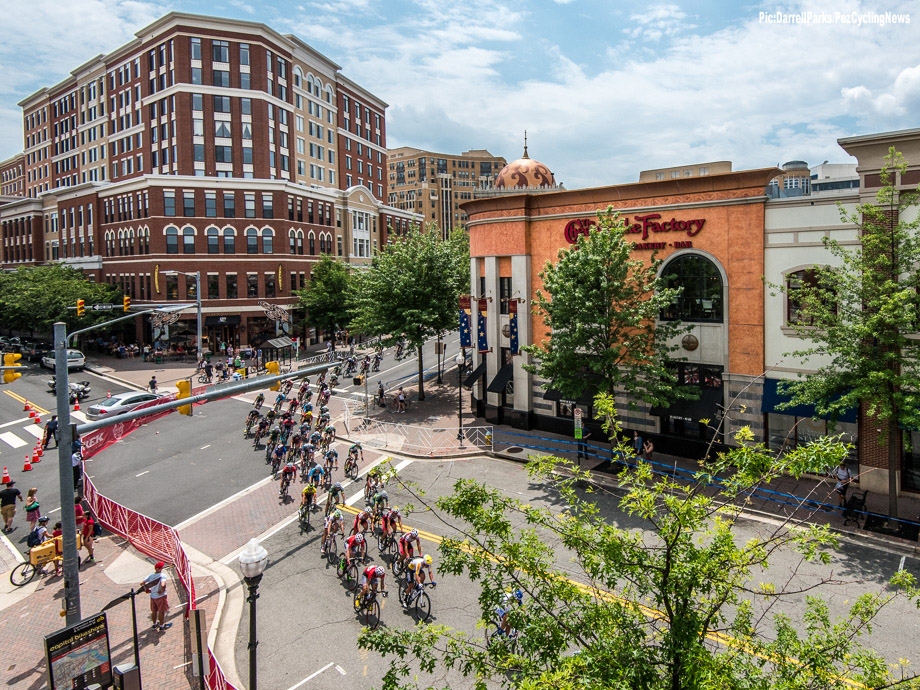 And here we have Karl Menzies driving the front of the race while still bleeding from his crash. Tough doesn’t begin to describe these guys. 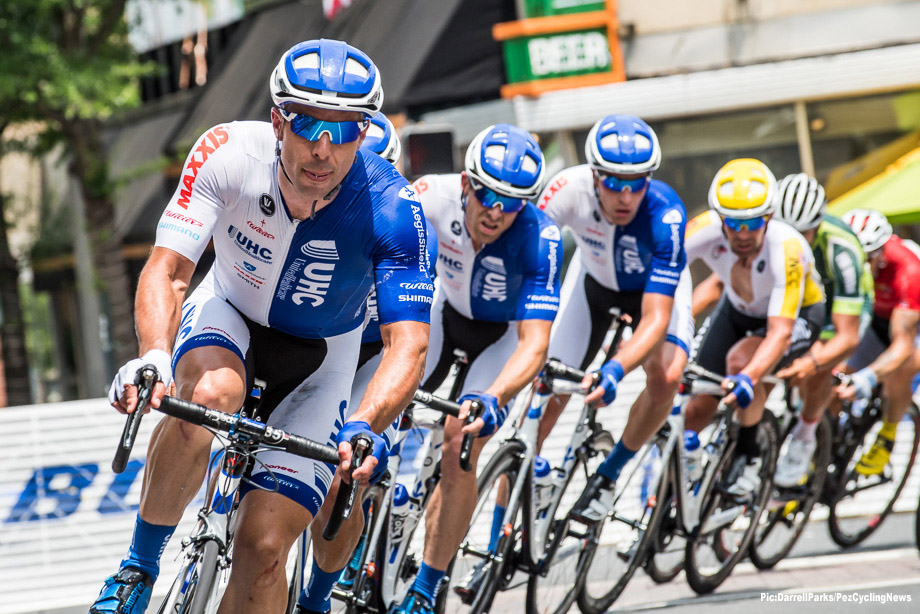 With just a few laps to go the UHC train is running a little hot as one of the team cools things down a bit with some water. 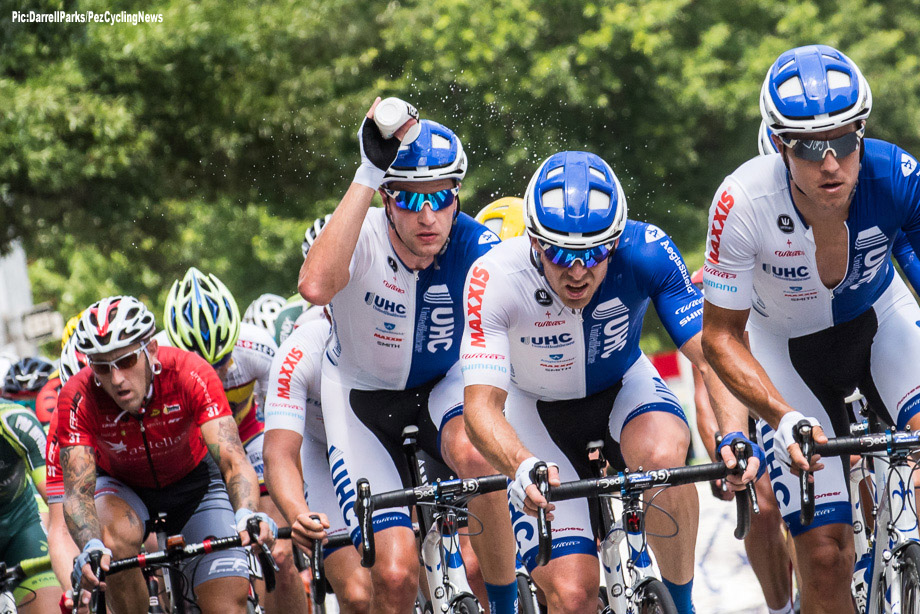 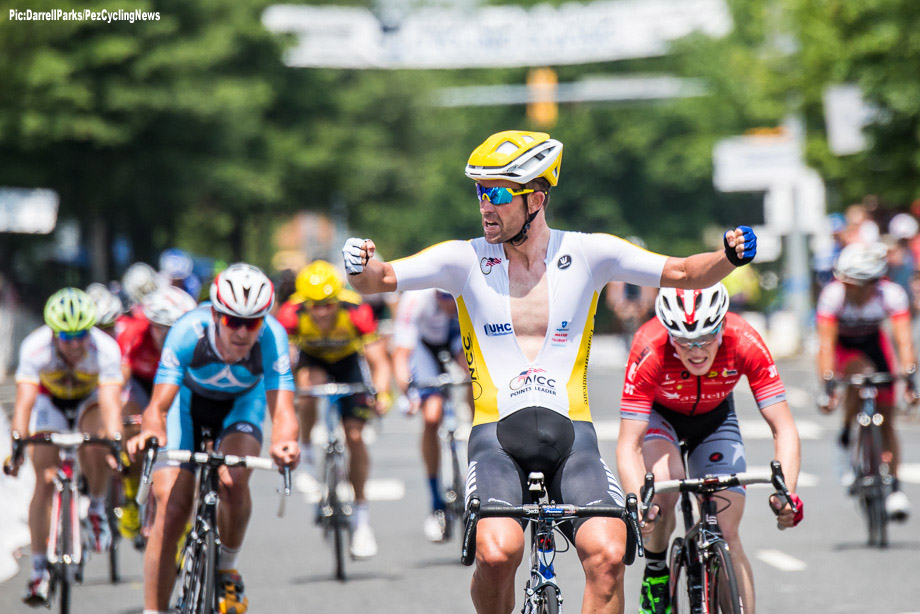 Tiesj Benoot, Bart De Clercq and Pim Ligthart give their impressions after the recon of the course of the European Games