Ranking The Climbs – How Does It Work?

– By Gordon Cameron and Richard Pestes –
Hello there,
I am writing you to see if I can discover the criterium for the rating of climbs in UCI events. I know it takes into consideration inclination and length of climb, but what about gain of altitude? Can you help me with the exact criteria?
Thanks
Claudio

There you have it – an actual email received from an actual PCN reader, good question, so let’s take a look at how the climbs are classified. Many people are as suspicious of cycling’s rule-makers as they are of the rule-breakers. We asked what are the motives of cycling’s governors, and what arcane sciences do they use to come up with their various judgements and guidelines? We still don’t know, but here’s some educated info you can certainly use to impress your friends.

One particular question often raised around the time of the Grand Tours is how are the categorisations for the mountains decided? Who decides that a Category 1 climb is just that, and not an agonising ‘Hors Categorie’ slog? As always, we’ve dug deep to offer the answer to the always thorny question of just how you classify a climb. 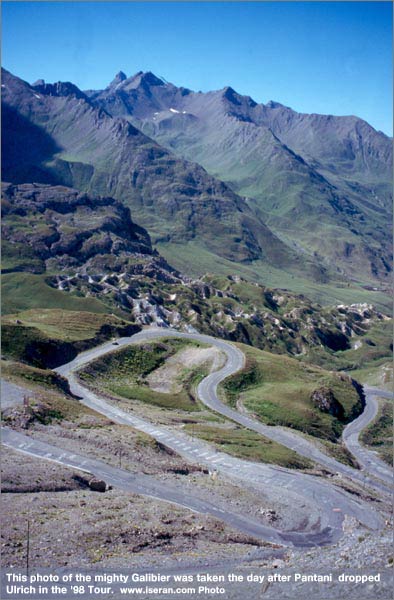 There are 5 categories of climb encountered during the average Tour de France, or similar high-profile stage race. These range from ‘fourth category’ up to ‘hors categorie’, with fourth being the easiest climb to get over, third being slightly more difficult, and so on.

The climbs are ranked according to their degree of difficulty, so each category marks progressively tougher climbs, until you reach ‘hors categorie’, literally ‘beyond category’. They are the hardest climbs of all.

Like so many other facets of the UCI, rating climbs is not an exact science, but includes a mix of variables, including – the length of the climb, total altitude gained, it’s steepness, the road surface (think of the state of the Angliru in the recent Vuelta), the position of a climb in a stage, and finally how the UCI interprets these variables.

For starters, a longer climb is generally considered harder, simply because riders will be climbing for a longer period of time to get over it – duh! Obviously the 18km long Tourmalet is way tougher than the 1km but much steeper La Redoute. Think of it this way, you may be barfing up that “croque monsieur” faster on La Redoute, but after riding up the Tourmalet, you probably won’t order another of those grilled cheese bad-boys for a long, long time.

The gain in altitude is another key criterium for ranking, again because the higher you go, the longer it takes to get there, and usually the air is a lot thinner at the top. The Galibier makes another good example, because the top is 26454m high – that’s 8677 feet kimosabbee – so you could feel light headed and woozy, and may even pledge to never buy another piece of neon-colored lycra again. But a quick descent down the other side usually snaps you back to your senses, and those pink shorts and lime green jersey will again seem like fashionable wear.

Now – position of the climb in the race. An 1800m mountain is tough, and if it comes at the end of a 200km stage which has seen 5 other big climbs, it is likely to be ‘hors categorie’. That’s because it’ll be another huge examination for the racers after a tough day. If it falls slap in the middle of a pan-flat 160km stage it will receive a lower classification because it won’t test the riders as much, and should (theoretically) have less influence on the final result.

The gradients of climbs are taken as averages, but this means that a long climb of 5% gradient could have a nasty pitch of 10%, 15%, etc, lurking at any point on it’s slopes to catch out the unwary. Or even 23-24% like the Angliru!

But what constitutes a ‘mountain’? In the early stages of the Tour de France it seems that any sprinter who can get over the top of a pimple can pull on the ‘polka-dot’ jersey.

A gradient of around 4% or 5% and a vertical height gain of something like 100m seems to be the base requirement for a climb to be classified at all.

A category 4 climb would have an elevation of between 100-300m above sea level, for example, while the next up, category 3, would climb something like 300-600m.

An ‘hors categorie’ climb would generally be something reaching beyond 1700m above sea level in elevation.

Hope that answers the question in a not too technical manner. A good way to start figuring out why certain climbs get certain classifications is to check out the route maps, where you’ll find information on gradient, length of climb and it’s position in a stage. And of course you should definitely get over there and ride ‘em yourself – looking out over the peaks of the Alps, Pyrenees, or Dolomites, will move in ways you’ll never expect.

History Repeating Itself In Spain