Mark Bell - A rider of class

Remembering a champion: Mark Bell was a British road champion as an amateur and a professional, plus he had an uncountable amount of wins, but there could have been much more in his shortened career. Mark was also taken from us too early at only 48 years of age. Ed Hood spoke to his brother, Tony Bell, to hear more about Mark’s life. 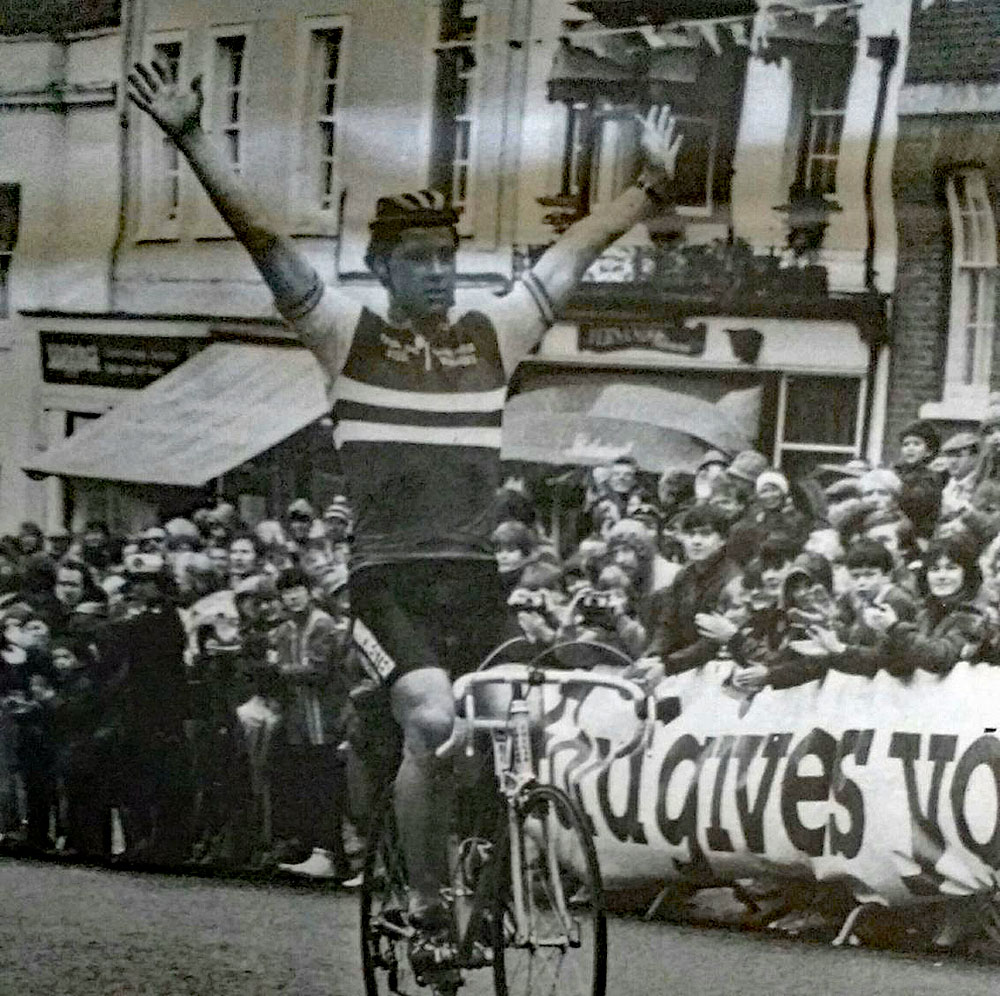 Another win for Mark Bell

‘Class,’ it’s a difficult thing to define; the crash hat is just at the right angle, the Oppy cap effortlessly crumpled, there are no gaps between the arm warmers and the jersey, the shorts are just the right length, so are the socks, the bike is perfectly proportioned and the rider sitting on it looks natural, at ease, like he was born to sit there. When the chips are down, they look calm, unflustered, closing gaps as smoothly as if they were on castors. Some guys have it, most don’t.

But one look at the late Mark Bell back in the 80’s told you he defined that word, ‘class.’ A prolific winner, British Amateur and Professional Champion, Milk Race stage winner and a man who could beat the likes of Eric Vanderaerden, on his day. Sadly, Mark died back in 2009 at just 48 year-of-age but his journalist brother, Tony – a fair rider himself, ‘back in the day’ – very kindly agreed to talk to us about a rider whose palmarès whilst spectacular could have been so much broader, a rider we never really saw the very best of. 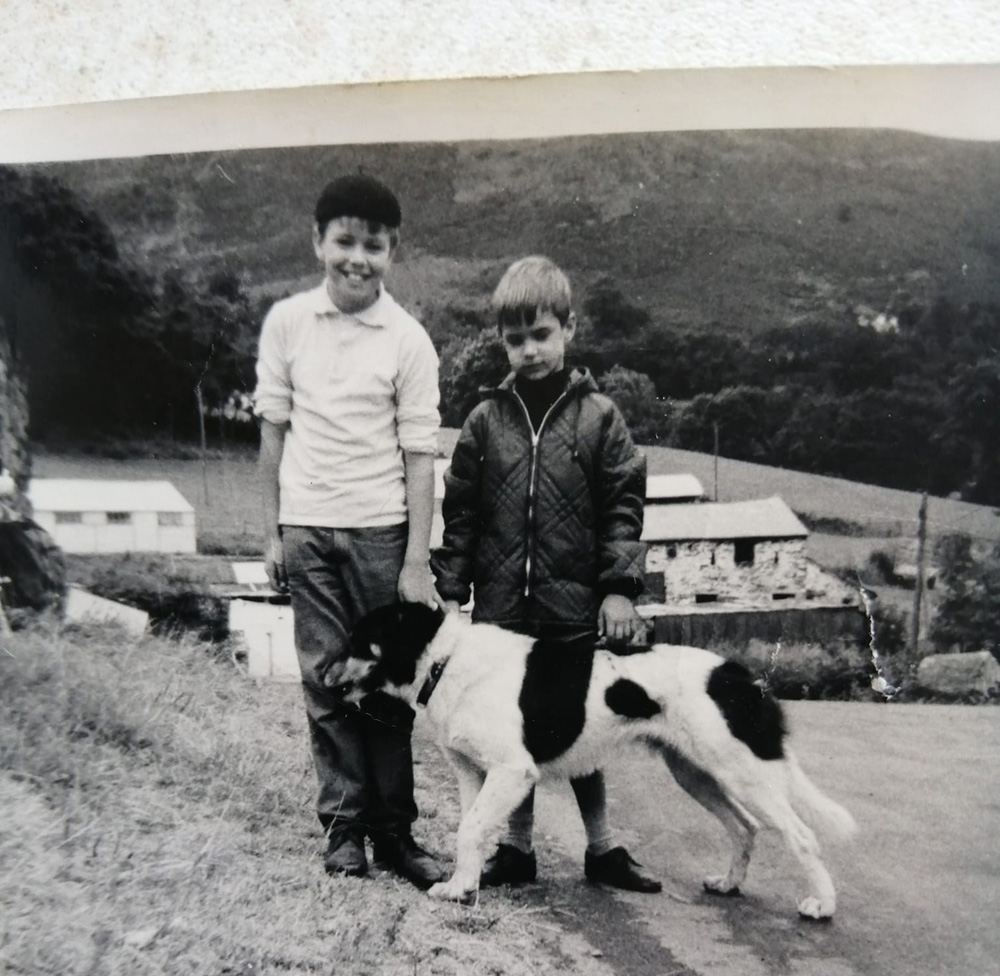 A young Tony and Mark Bell

PEZ: Tony, thank you very much for agreeing to chat with us, let’s start by speaking about Mark’s beginnings in the sport.
Tony Bell: Back in the late 60’s and early 70’s when all of us from the Merseyside area rode Harry Quinn bikes and he was just 11 or 12 years-old it was clear he had something special, our dad was a cyclist and would take us on runs into North Wales from our home on The Wirral, I was two years older than Mark but on the steep climbs he’d just keep going whilst I’d be off the back. 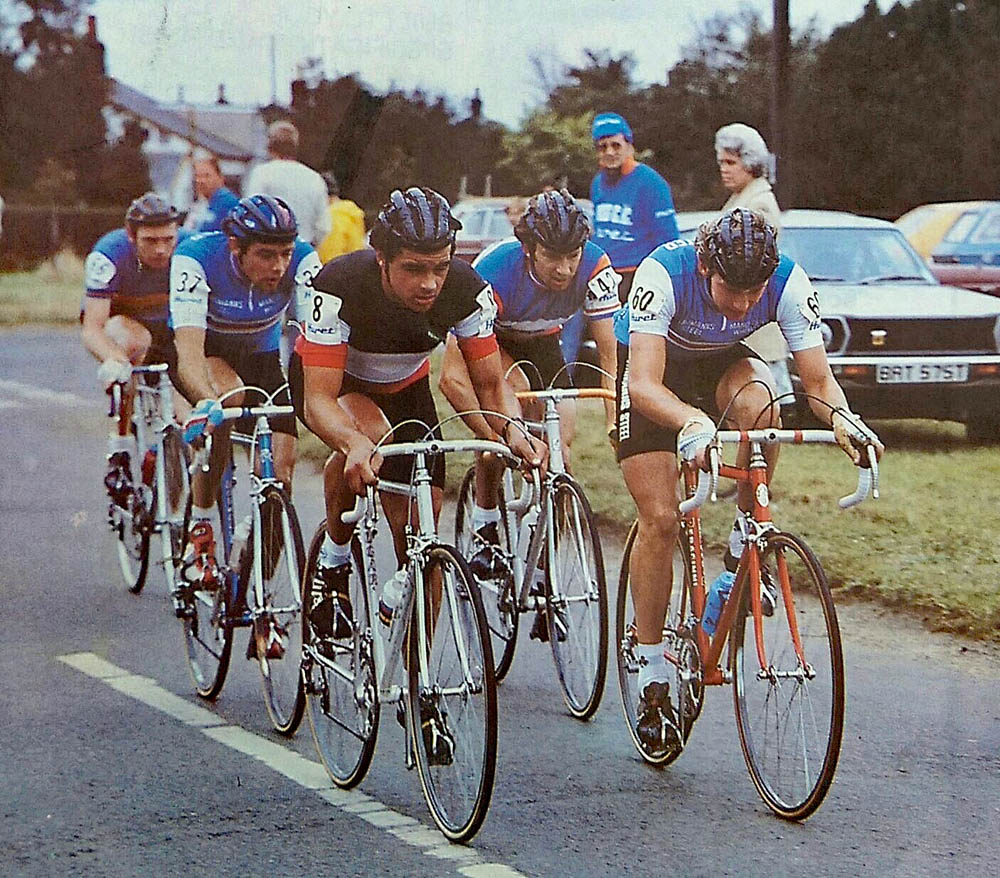 PEZ: He spent time in France with ACBB and UVCA Troyes?
He went to France and ACBB in ’79 then Troyes in ’80 or ’81 if I remember correctly – but he was a ‘home bird’ he didn’t like being away from his roots over there on the continent.

PEZ: Did Mark have a coach or mentor?
Eddie Soens, the Kirkby CC coaching guru who looked after the young Chris Boardman used to give Mark advice, which was appreciated but Mark was really his own man. 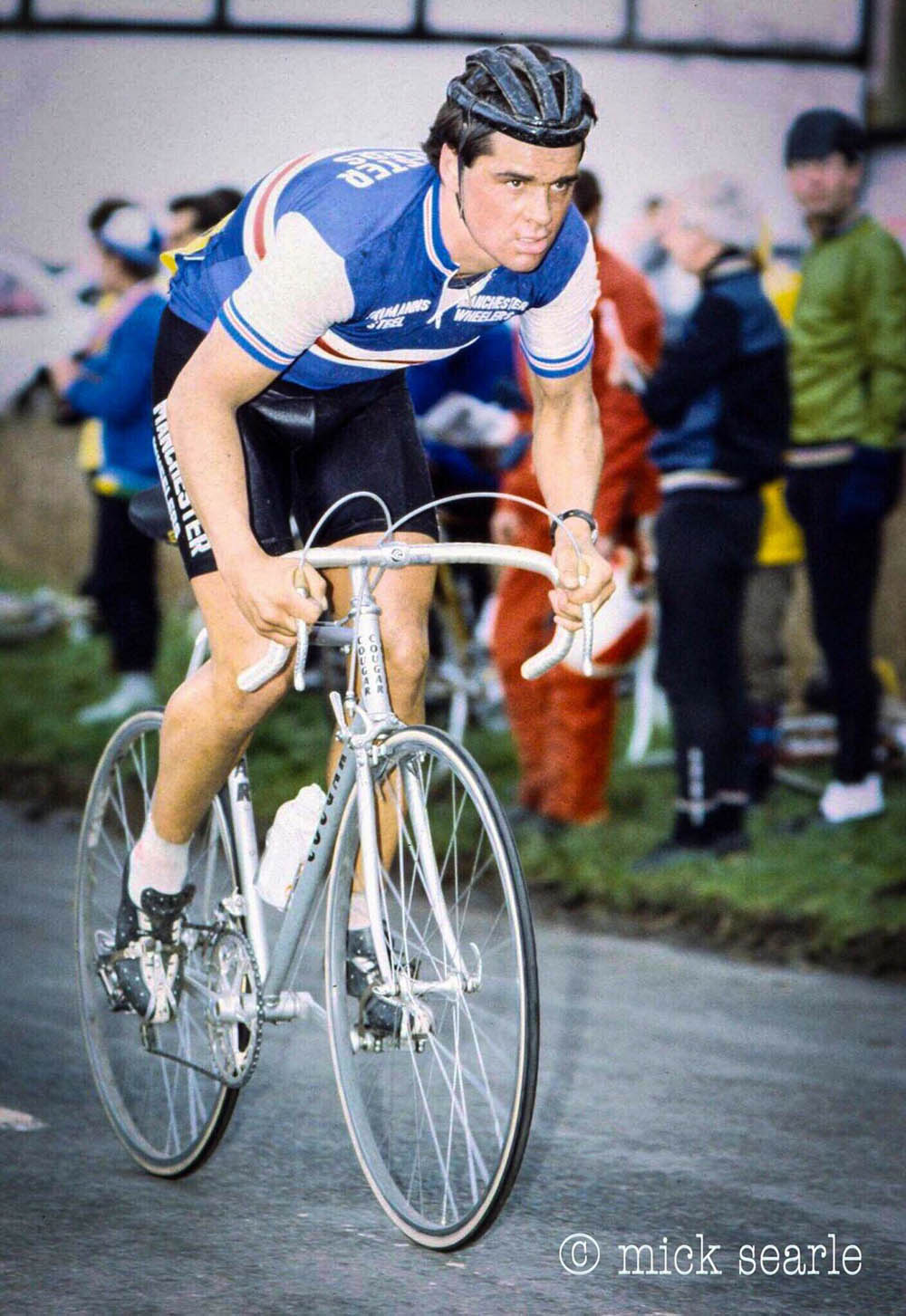 PEZ: His 1981 season was spectacular, the Divisional and National Amateur Road Race Championships, two Milk Race stages and a huge number of wins.
He was pretty much unbeatable that year and if he wasn’t winning then he was on the podium – second in the Lincoln GP, second in the Manx International. . . That winter he raced in New Zealand and won stages in the Tour of the South and Tour of the Southland. He carried that form into ’82; he rode the Etoile de Sud stage race in Belgium and rode very strongly against guys like Eric Vanderaerden and Dirk De Wolf who both went on to win Monuments.

PEZ: He was ninth in the Commonwealth Games Road Race in ’82 – was that a disappointment?
It didn’t really register with him, it was just another race, a race was a race to him, I think he was perhaps intimidated at those big championships, with his class he should have done much better at those Games and at the Worlds. 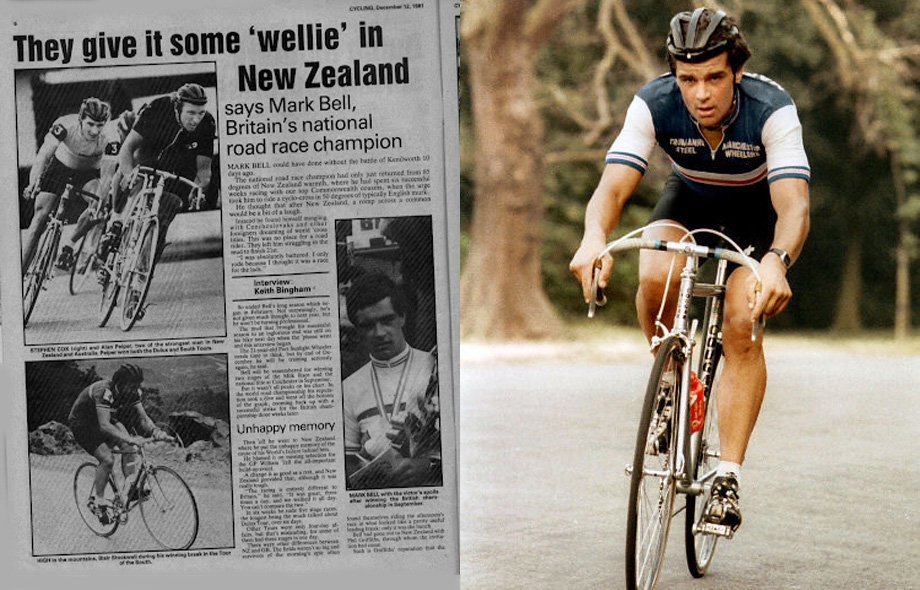 Giving it some ‘wellie’ in New Zealand

PEZ: In 1983 he was on fire early season – The Archer and Essex Grand Prix’s and he went back to Belgium and won the Etoile de Sud.
He’d been racing in New Zealand again over the winter and came back flying, he won Stage Two of the Etoile en route to the overall GC win; the guy he beat to that stage, Wim Arras went on to be a big sprint winner among the pros. But ’83 was compromised by a bad crash he had in the Milk Race, it was Stage Five, Bury St. Edmonds to Leicester, I was riding the Tour of the Kingdom up in Fife, Scotland which was running concurrently with the Milk Race. I remember Mike Williams coming up to me in the strip and saying; ‘sit down, Tony I have some bad news for you.’ The bunch had been lined out and a police motor cyclist had stopped in a bad place, Mark Had ridden into him at full pelt – we feared the worst, he had a serious head injury. He came back after it but was never quite the same rider again. 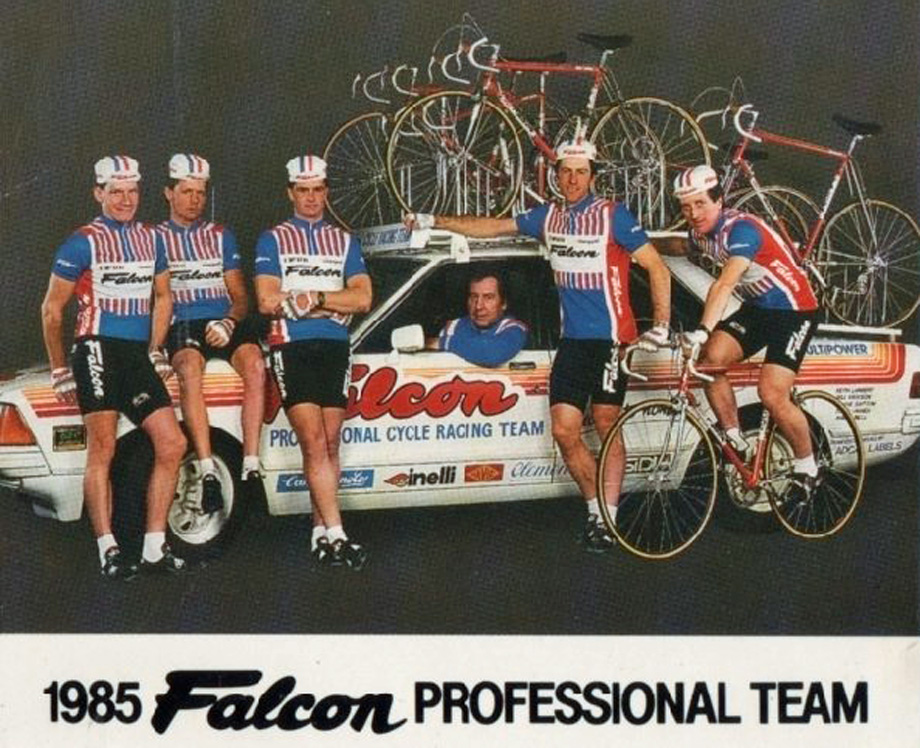 PEZ: The ’84 Olympics in LA, a DNF against his name, any story there?
It’s like I said about the Commonwealth Games, he had the class and ability but not the self-belief; he did his own thing and whilst Eddie Soens would try to motivate him he could have done so much better if he’d been part of the way the GB team has been prepared, run and managed in recent years. 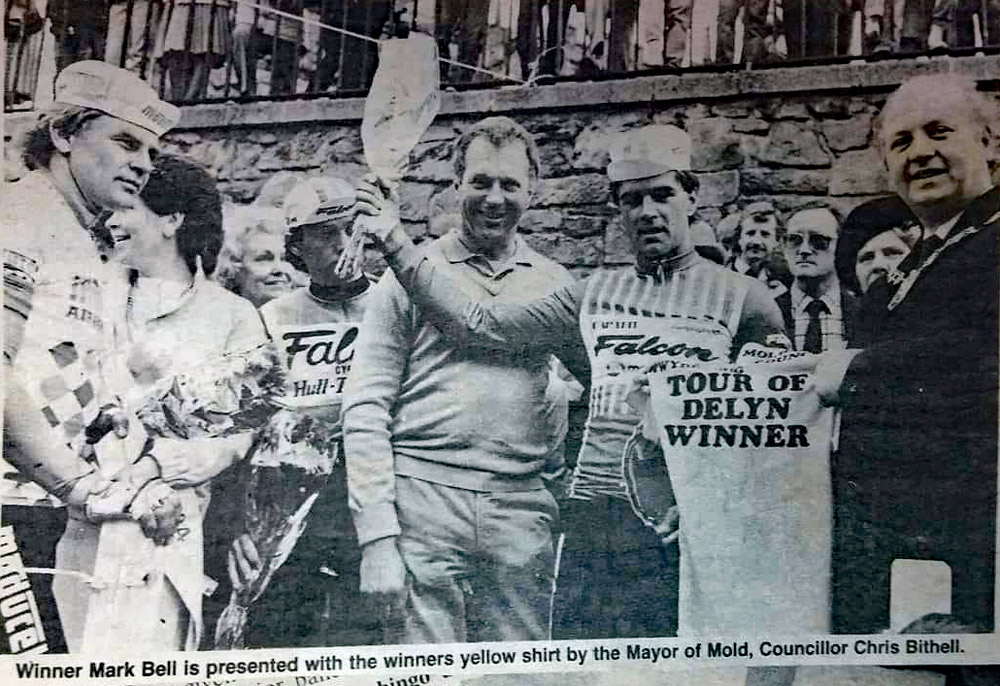 PEZ: He turned pro with Falcon in ’85.
In an interview he gave in ’78 he said that he didn’t want to hang around too long as an amateur, Falcon made him a reasonable offer, £200/week but the pro scene was so different to what he was used to, there were a lot of guys kitting up in the pro peloton back then. That season he had his first pro win, the Delyn GP, a really tough 120 mile race in North Wales, he went over to the break at half distance, dropped them, rode 20 miles on his own but then was joined by Cayn Theakston – who was a quality guy who went on to win the Tour of Portugal – late in the day with Mark winning the two man sprint. That was a great ride, Sid Barras was third and Joey McLaughlin fourth. 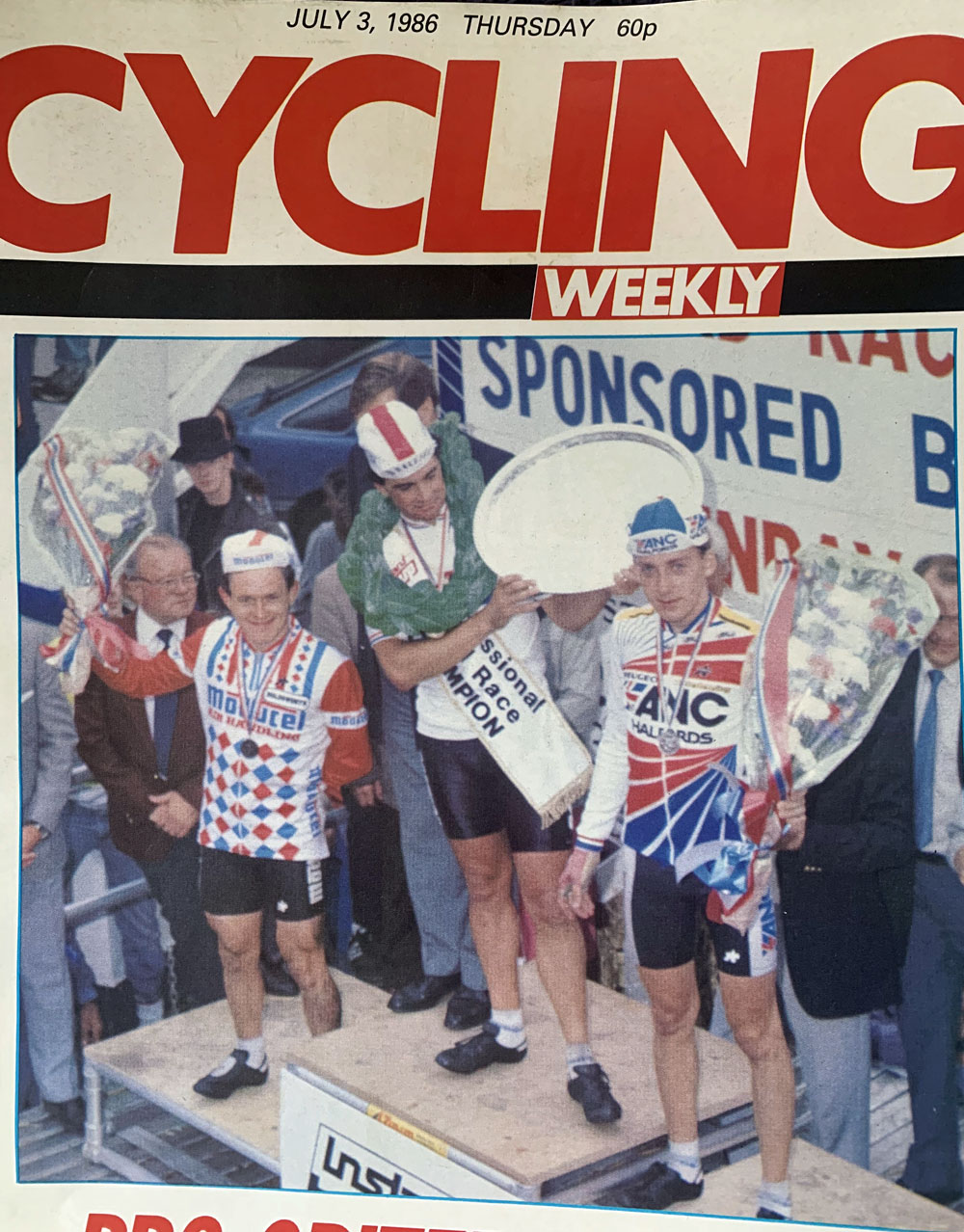 National champ on the cover of Cycling Weekly

PEZ: The Raleigh team for ’86 and the Professional National Road Race Championships.
The late George Shaw, who was a close friend of the legendary Tom Simpson, was the team manager and he and Mark got along very well together. Mark said to George; ‘if you sign me, I’ll win the Nationals for you.’ He had a relatively quiet season until the Nationals but he was on fire that day. [Cycling Weekly magazine of the day quotes that Mark told George Shaw on the morning of the race that he was going to win it for him, ed]. The race was over 136 miles, 22 laps of a tricky circuit based around Newport in Shropshire with cobbles made even more dangerous by rain – there were a lot of crashes and riders ending up in hospital. Mark went away on his own with 40 miles to go and won by 3:19 from Adrian Timmis. I have a photo in the hall of my house of Mark crossing the line that day. He wasn’t one to talk much about his successes but a few years later he was in the car with me and we drove through Newport, he told me that in that championship race he knew he was unbeatable. 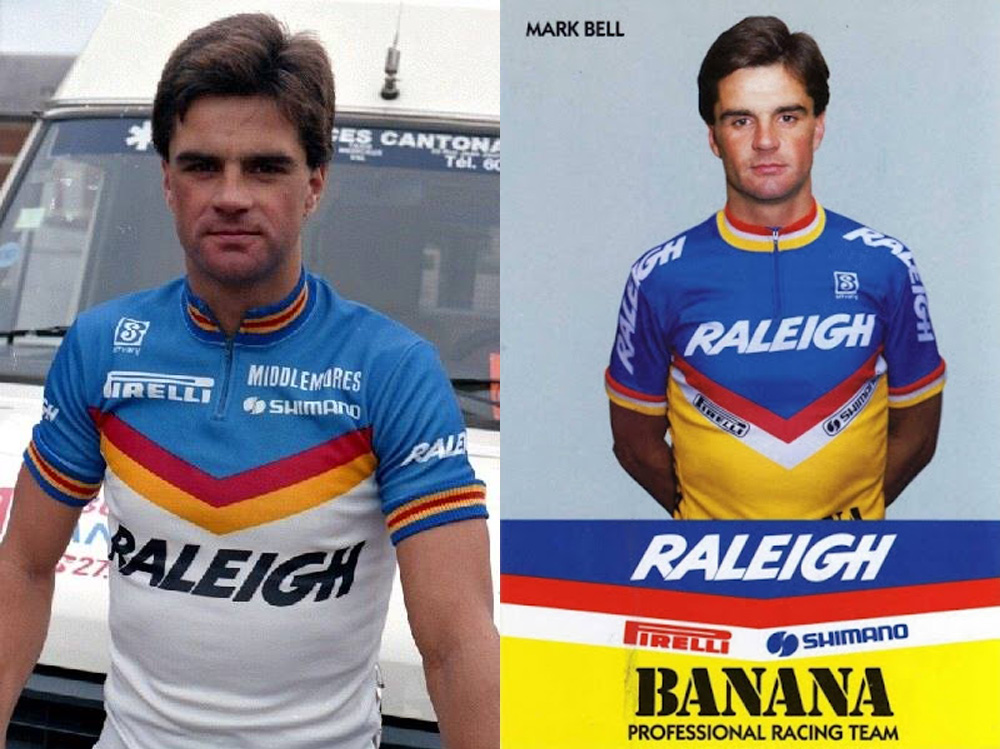 PEZ: The results thin out in ’87 and in ’88 he retired, why so young?
I can’t answer that but at just 28 years-of-age, he retired. We went for a beer together one night and he just said to me; ‘it’s gone.’ Perhaps it was a case of too much too young ?

PEZ: His finest hour?
The pro Nationals victory, he never talked much about his racing but shortly before he died we were sitting looking at a photo album of his career, we came to pictures of that day in Newport and he became very animated. 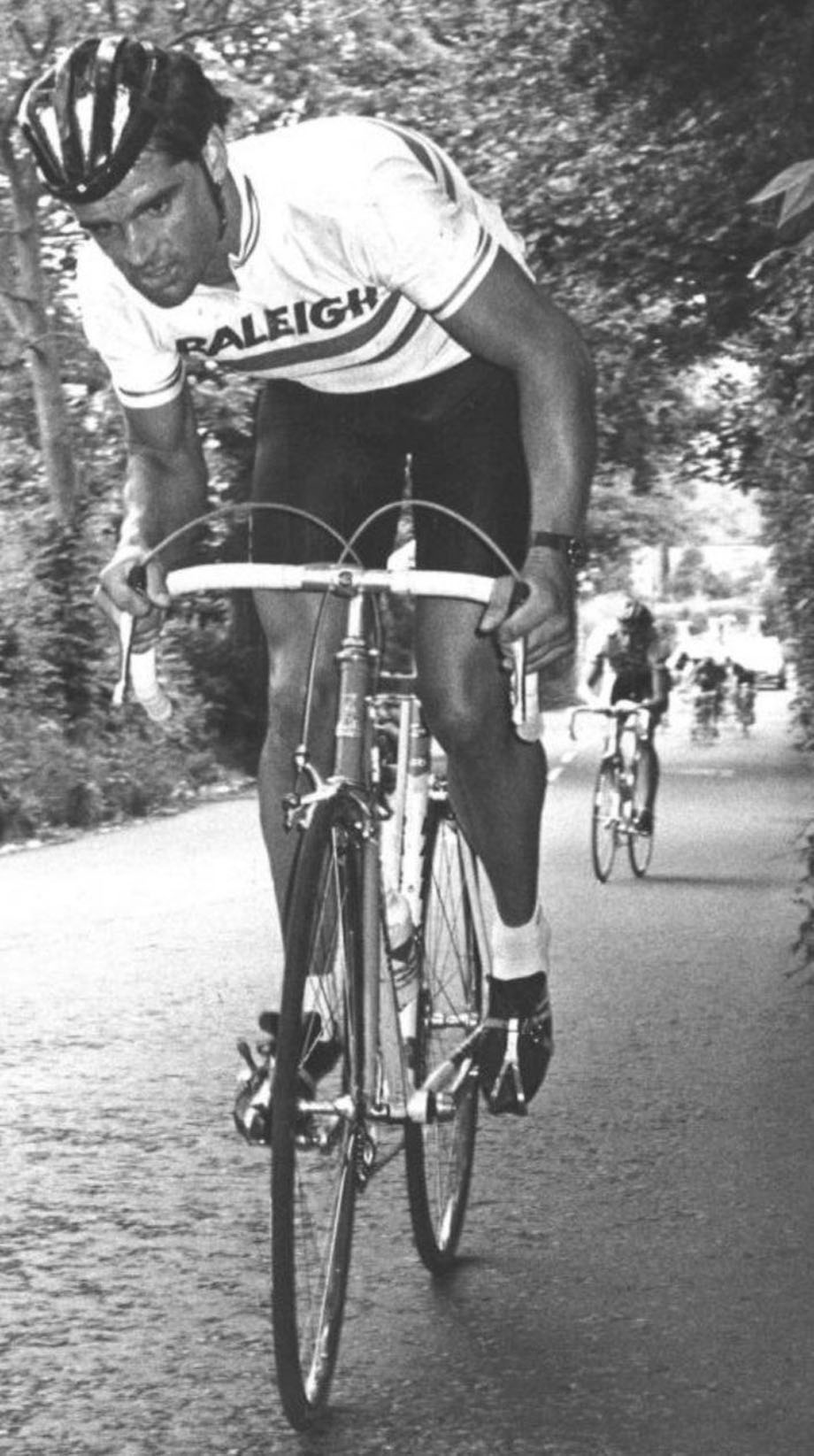 PEZ: Did he ever mention regrets about his career?
In later years he did acknowledge that he stopped too early, yes.

# Mark Bell, prolific winner, Champion, taken too soon, rest in peace – with sincere thanks to Tony for giving so freely of his time, memories and photos. Thanks you to all the photographers, Mick Searle and the unknown ones. # 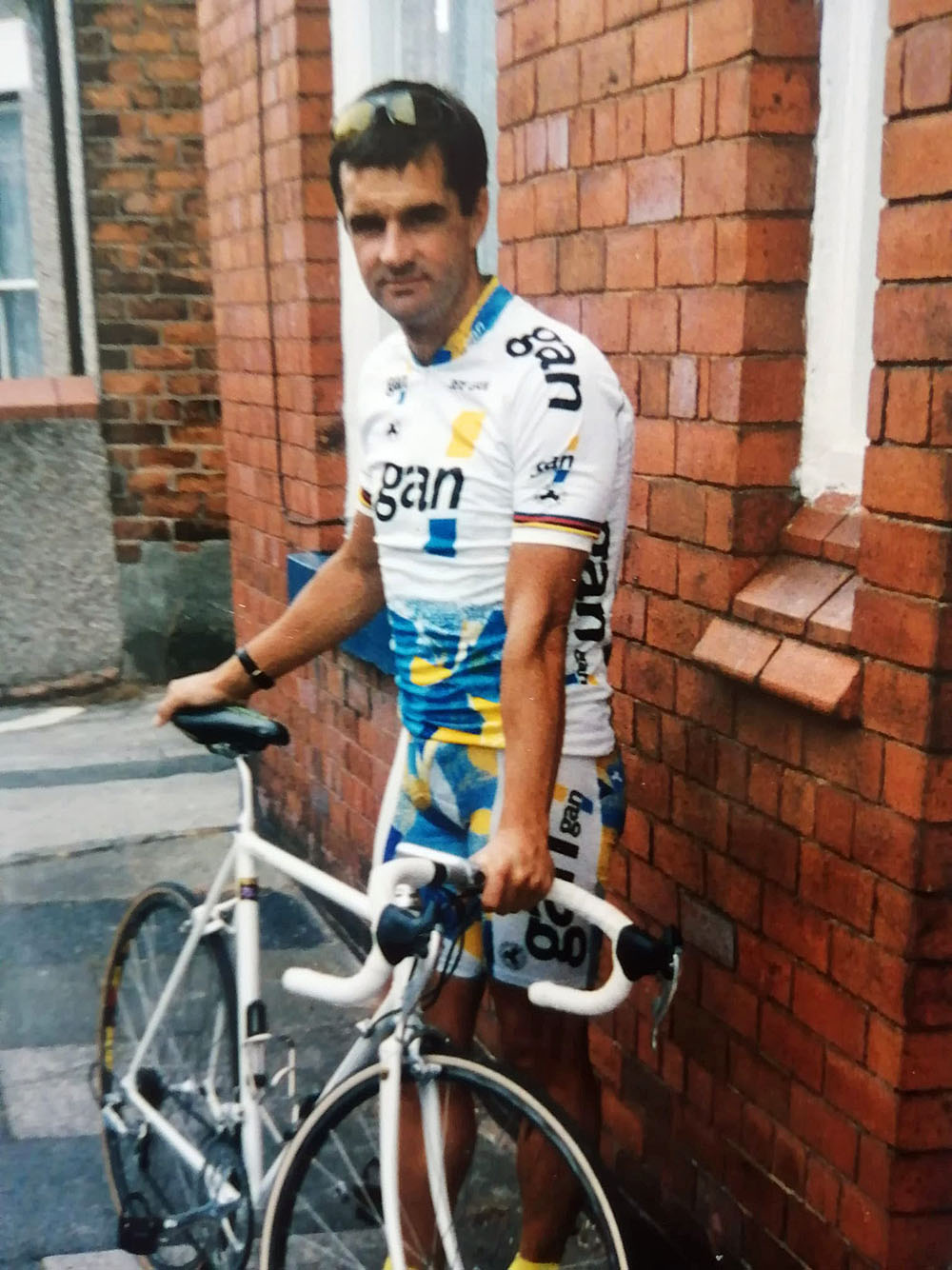