“Reason is immortal, all else is mortal” said Pathagoras, but for a brief span of 59 years, Steve Hed trumped reason with pure creativity.

From the earliest days of the second Industrial Revolution, when a chain first drove a cog that turned a sprocket that moved a wheel, the motor age was dawning, but technology doesn’t just happen, it happens just, and the catalyst of change was the bicycle, the most noble of inventions. The innovations began to flow in the final years of 19th century. The pneumatic tire was developed for bicycles, and let’s not forget that motorcycles began life with pedals. The earliest cars and trucks ran with chains and sprockets; some were steered with handlebars. As late as WW II an American fighter plane used a hand cranked chain and sprocket drive to raise and lower the landing gear. The thing looked like it might have been cannibalized from a `40’s Schwinn tank cruiser, and it turns out the company actually made airplane parts in support of the war effort. 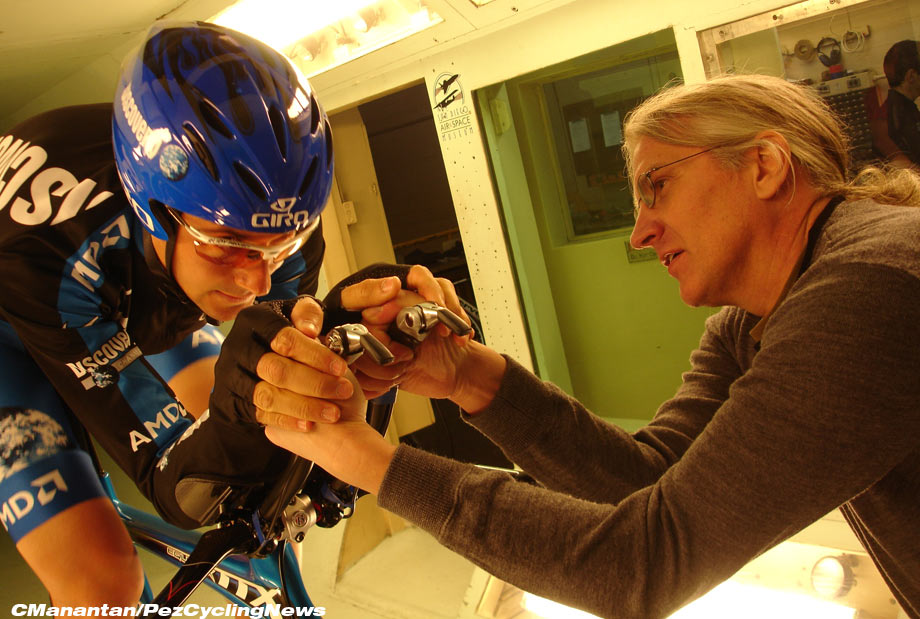 A Novel Concept, Made in America
The robust DNA of bicycles was the genesis of the mechanized transportation civilization we live today. It is an inescapable fact that the pioneers of the motorized movement, Ford, Champion, Chevrolet, and the Wright brothers to name a few, started their careers as bicycle racers and shop mechanics. The leapfrogging spiral of technology that first drove the bicycle, then the auto industry was fueled by the relentless fire of competition, and examples abound.

An appreciation for Steve Hed is enhanced with an understanding of this significant linage, researched and masterfully scribed by cycling historian Peter Nye in Fast Times of Albert Champion. Champion won Paris Roubaix in 1899 then migrated to America to race bicycles and motorcycles-at the same time- while perfecting the modern spark plug. Like Champion, Steve Hed’s contribution- not unlike that of Bill Gates- came from the refinement of a specific application of technology. Although the current pace of innovation may seem to have slowed in this century, a more apt description is that change is simply more refined. Chad Moore, Mavic’s director of marketing reminds us. “Calling Steve Hed an icon in cycling innovation would be an understatement, he consistently set benchmarks that drove all of us to build better products.” Michael Hall of Zipp confirmed, “Steve was such a rival it fueled the industry’s innovation for years and years. He was a pioneer in using measurement, data and technology to advance athletes, both in the pro peloton and in triathlon.”

Of course you probably know Steve Hed from his oh-so-sweet, deep dish wheels, built wider for a reason, and his aero bars that national and world champions use to get to the top of the podium. These innovations are responsible for making Steve Hed industry famous, but his Horatio Alger start up though humble, was right on target from the beginning. HED did not begin with cool wheels, rather Steve’s first creations were water skis and skateboards. The wheels were an evolution into the then mysterious and exotic material known as carbon fiber. 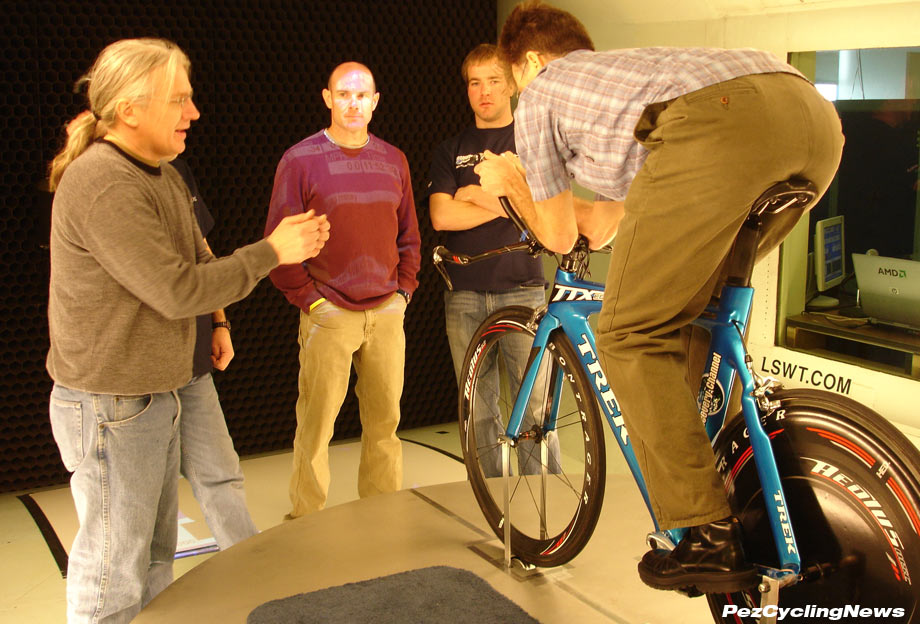 Steve started his business career as the owner of a bike shop, Grand Performance (still in operation) in St Paul, Minnesota. One of his customers was a young professional triathlete named Anne, whom he decided to sponsor with his first wheel. “Steve had a horrible diet, for breakfast he would drink a diet soda, and I could always tell how many other girls had been in his shop that morning by the number of diet sodas lined up on the counter.” Anne’s competitiveness went well beyond diet sodas, and eventually they were married. Another professional triathlete, Scott Molina, alas The Terminator, was Steve’s second sponsored athlete. Molina was on a winning streak, and soon he was Hed’s billboard. It was a time of burgeoning triathlon popularity, a sport of “buy your ride” newbies with unlimited discretionary plastic. You could rightly say the business opportunity was ripe for the picking.

How do you nurture creative genius?
In the case of Michelangelo or Mozart the answer to this question would involve patronage, a quality today that can be re-labeled as team work. When relaxed, team work becomes play. Steve and Anne Hed created a successful business model from the cornerstone of a purpose driven marriage. To all of us, they were an example of just how marvelously effective the institution can be. In an interview with Bike Radar, HED’s Paul Ellis remarked “The two have been in, for 30 years, the perfect communion of Steve’s out-of-the box creativity and Annie’s feet-on-the ground attachment to the realities of business.” With Steve free to explore his creative conscience, an “inveterate tinkerer” as Ellis put it, or “player” as I would describe him, the world we knew was ready to evolve.

Beginning with the College Station, TX wind tunnel (with its spooled up propeller from the Enola Gay B-29 that dropped the bomb on Hiroshima, Japan), some of the staid axioms of bicycle performance changed directions. His much wider patented toroidal rims blew away the long standing belief that wheels had to be feather light, have short rims, and be ribbon thin to be fast. Hed’s design concepts were first validated in the record books and later, with the press in attendance, at the Allied Aerospace wind tunnel in San Diego. The one piece carbon aero bar which saw production in the early 2000’s confirmed the same level of innovation. 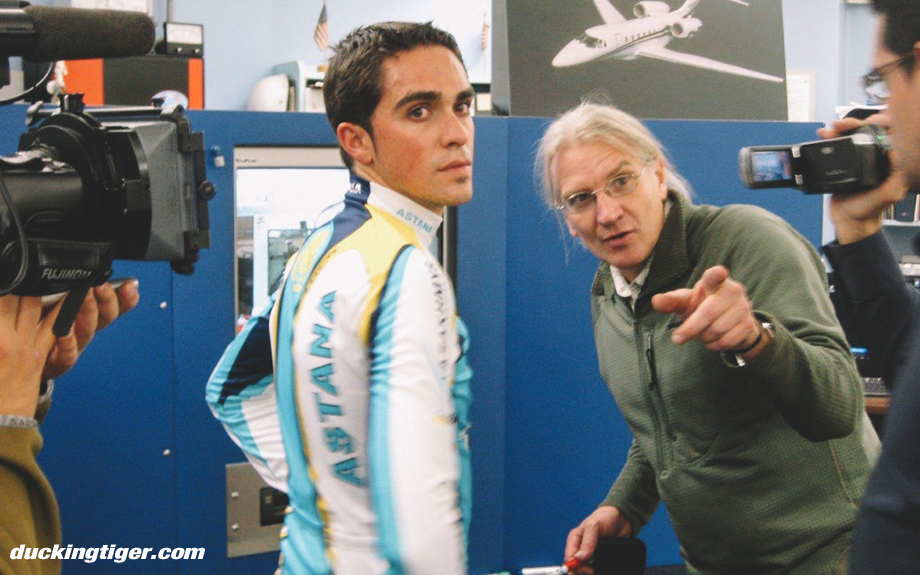 “When I saw that long, out the window gaze, I kept quiet….”
Steve Hed was never satisfied with his creations, he was constantly searching of ways to improve, with more surprises yet to be released. Anne knew that he had ideas in his brain, in their infancy and she knew he would communicate the germ of those thoughts when he was good and ready. “Steve stressed a bit over bringing new stuff to market and then displaying it at the Las Vegas bike show, but he loved communicating with anyone from shop owners and buyers to consumers, and it seemed like every year he lost his voice on the first day of the show.” That was Steve – his door was always open, but he also enjoyed being a dad to his two kids, Andrew and Rebecca and didn’t really like traveling that much when it took him away from the family.

A Collector Of Memories
Steve’s memories were contained in the utilitarian gadgets of a by-gone era. The old bikes that he wanted to own as a kid but couldn’t afford; I can see him polishing his prize vintage collectables from every decade beginning in 30’s, mostly European brands, Spanish, English, Italian, acquired during his European travels. Perhaps reminding him that the clock was always ticking, he also enjoyed an array of old mechanical watches. According to Anne, his rural farm boy background was represented through a collection of smoking toy steam engines.

Steve soon owned his own wind tunnel, and the wheels never stopped tuning, but he was always searching for a creative environment to spark that eternal flame of cerebral combustion. The time he spent riding, often his historic bikes, over the multi-directional rural gravel roads around the HED Shoreview, Minnesota headquarters may have been the perfect link to the future. The open road was his precursor of ideas, paying homage from the saddle- as it should be- simultaneously prying open doors to the future by opening the past. 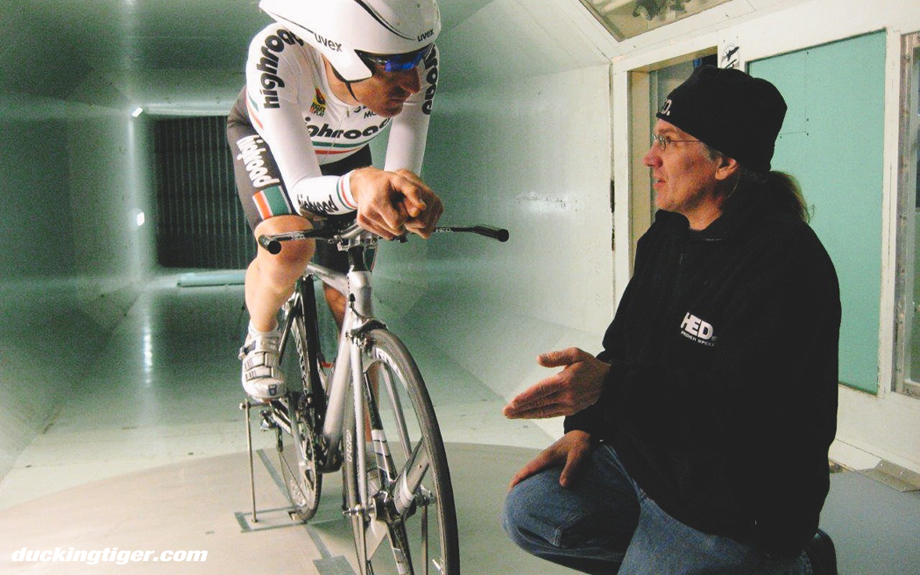 In the Gravel
His last foray of play came with the Almanzo 100 gravel ride in the Twin Cities area. The mere description of a free, 100 mile gravel race inspired Steve’s imagination, and he was immediately drawn to it. When the event was in danger of folding he stepped in to sponsor the ride. In 2014 2,000 people rode it with him in iconic Cino Heroica style, without the benefit of course markings or GPS.

So, when I called Anne, whom I have known for more than 25 years, she flat told me. “Sorry John, I only have 30 minutes.” Together, we recalled a lot while she chatted with me on a blue tooth from her car while waiting for her daughter to finish a physical therapy session. But in those 30 minutes, Anne dispensed a Steve Hed-lifetime of stories and recollections…

And when that span of 59 years ended, his creativity naturally yielded to reason; and yes, it’s sad that he left us so soon, but his footprint is deep and the world as we know it has improved because he was here. So let’s celebrate a life well lived, what more can I say, except: Miss ya bro!