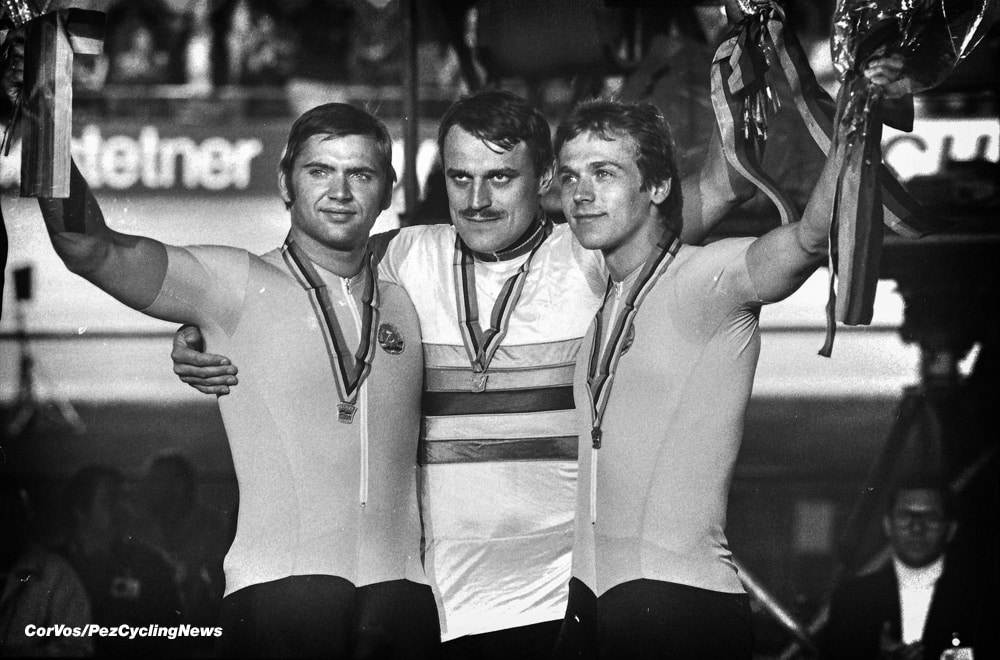 Anton Tkac:
Born in Lozorno, Bratislava, Slovakia 30/03/51 his first big result was bronze in the kilometre time trial at the 1970 Leicester, England Worlds. He rode the ’72 Olympics, finishing 13th in the kilometre. He changed discipline to match sprinting and lifted his first world title in Montreal in 1974. 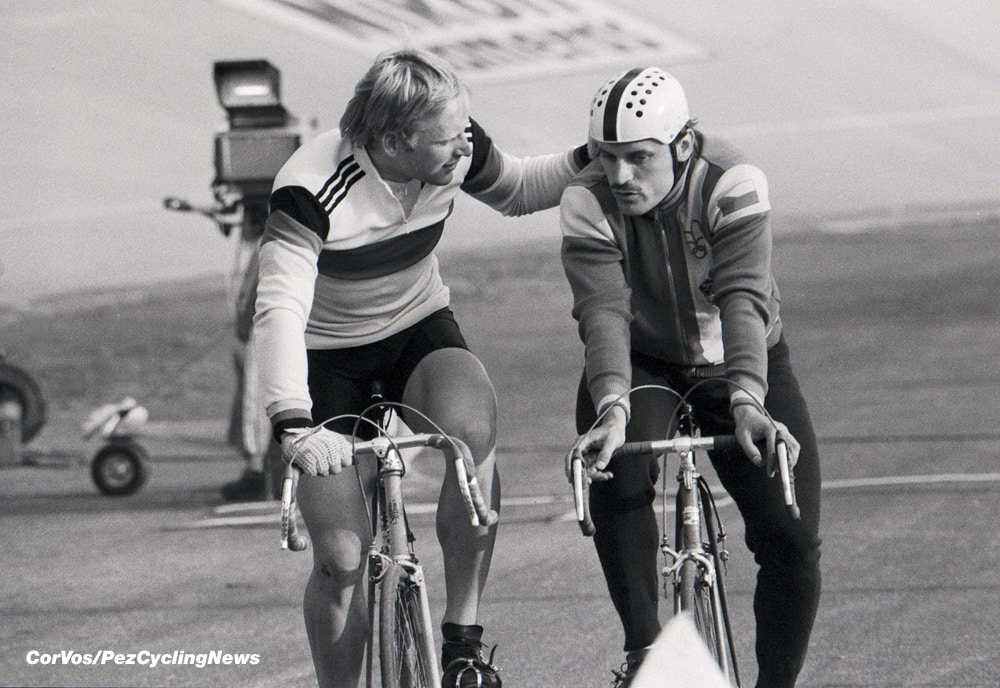 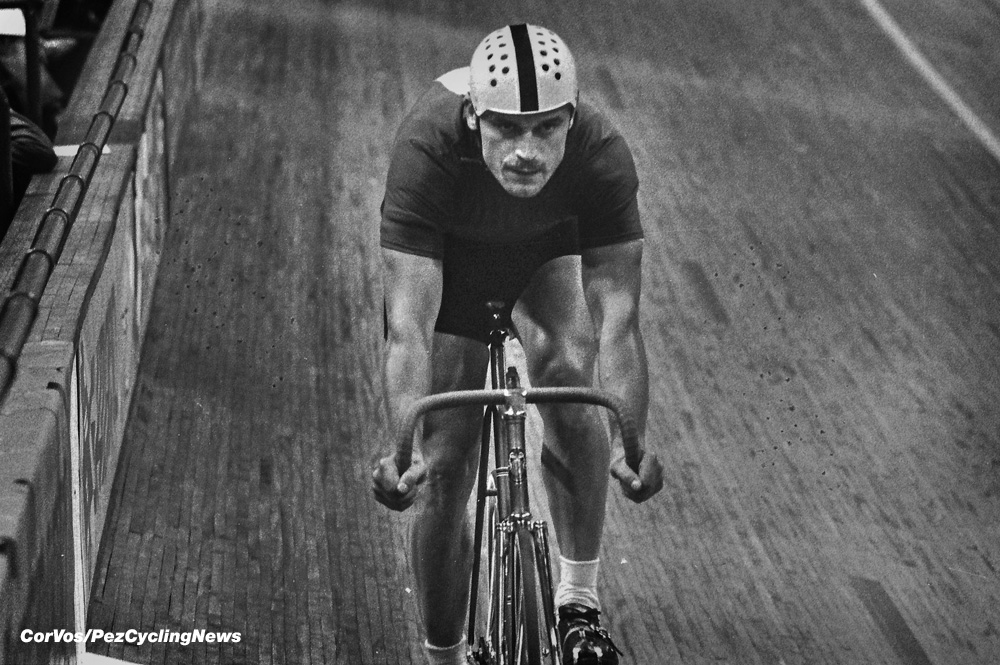 In 1980 he defended his title at the Moscow Olympics finishing fourth. Twice Slovak Sportsman of the Year he succumbed on 22/12/2022 after a long illness. 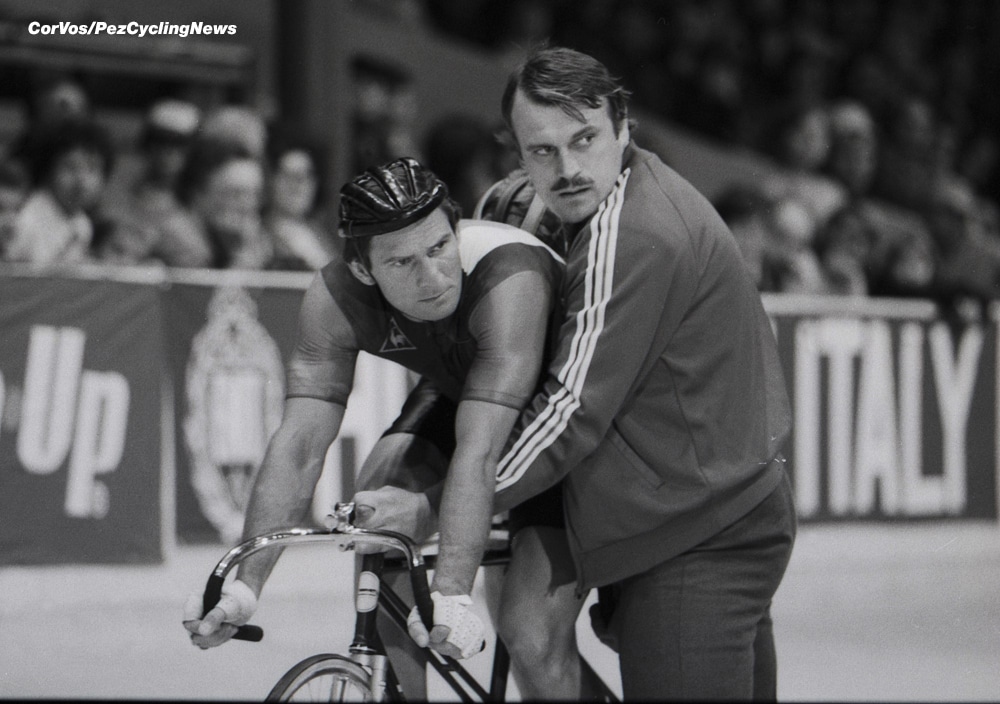 Noel Dejonckheere:
Born in West Flanders Heartland in Lendelede 23/04/1955, Dejonckheere died at home on the 29th of December. His first result of note was the Belgian Junior Points Championship in 1973. He rode the kermis scene on his home roads but also enjoyed trips to Spain winning in towns like Alfafar and Alicante. He also crossed the Atlantic to race in the USA, winning stages in the Red Zinger – forerunner to the Coors Classic – in 1977 and 1978. Season 1978 was also the year when he became World Amateur Points Race Champion on the boards of the Munich Velodrome. 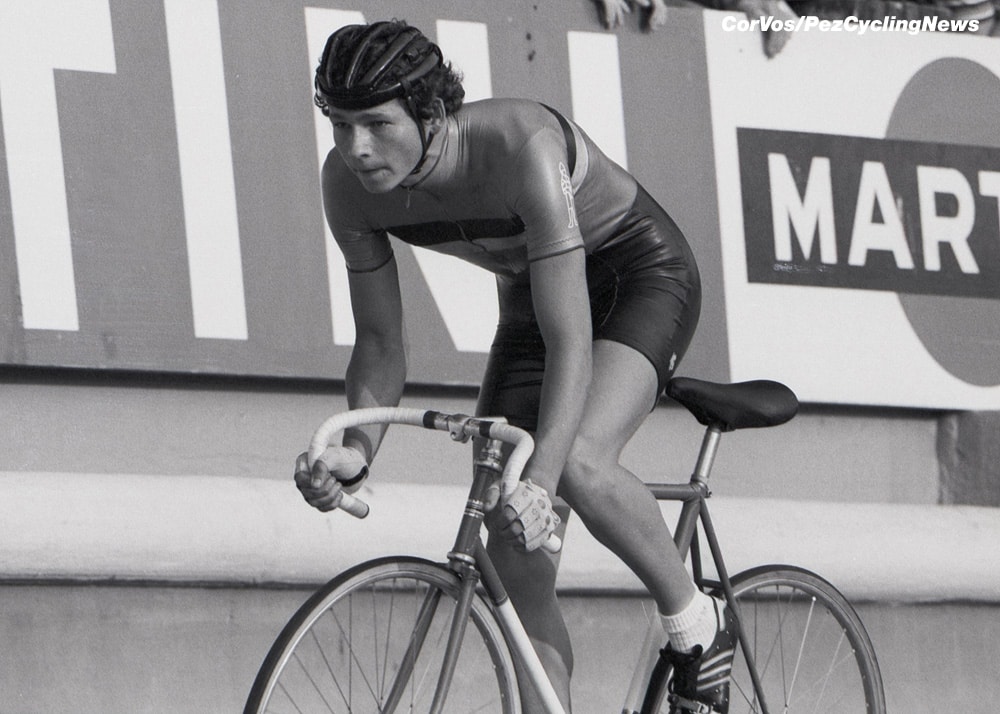 He turned pro for 1979 with Spanish team Teka, with whom he would remain for almost his entire career, except for a one year dalliance with Italy’s GiS Gelati OLMO in 1982 and his final season with Spanish team SEUR in 1988. Whilst he came from West Flanders, ‘Hard Man Heartland’ he made no secret of his dislike of the northern climes, much preferring the Iberian sun. 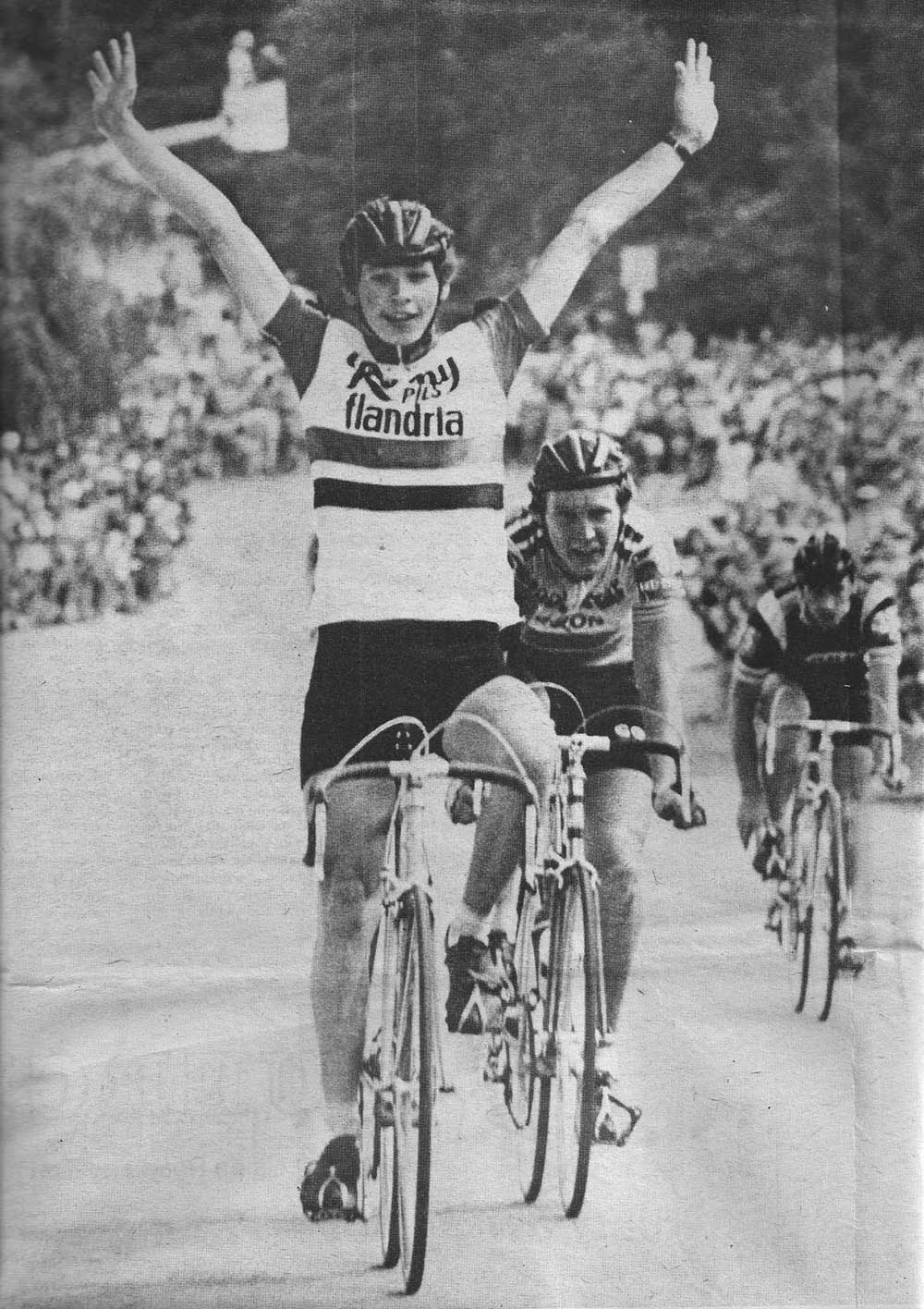 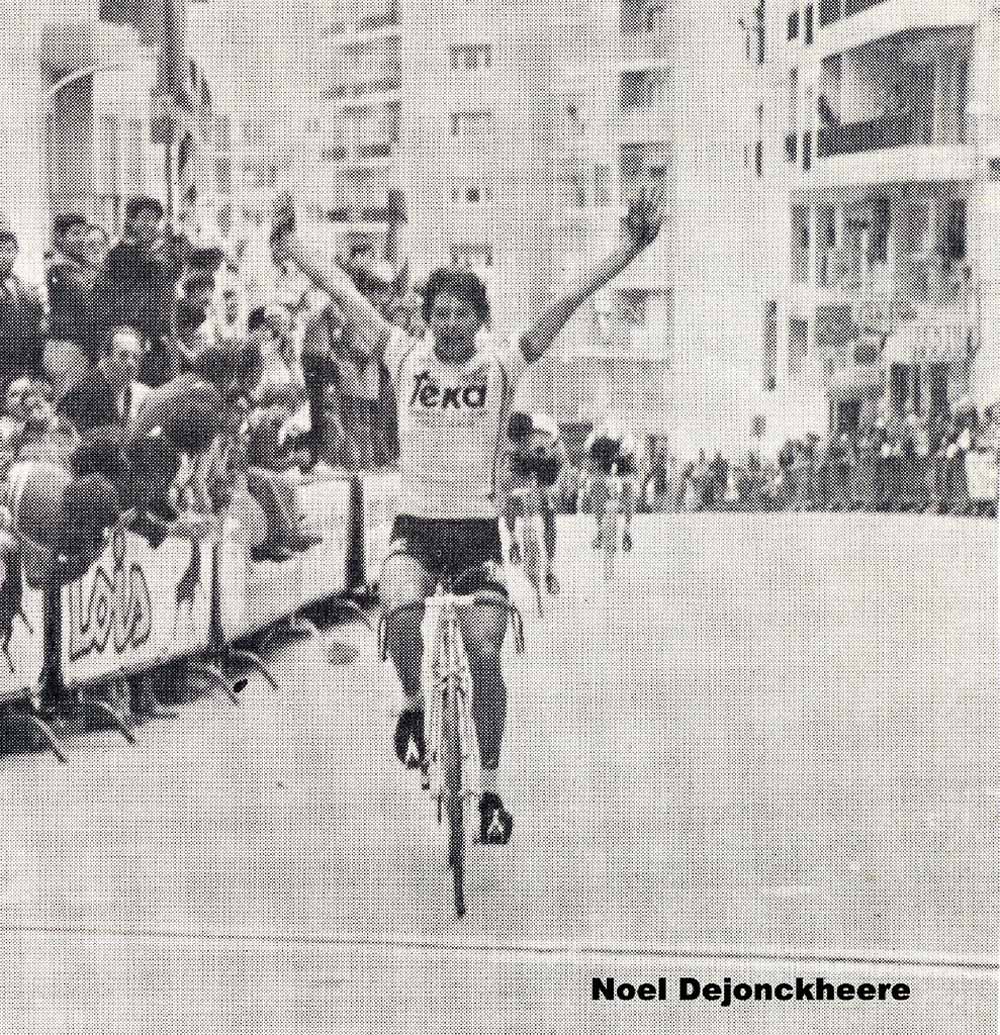 A win for TEKA by Noel Dejonckheere

After he retired he moved into the team car with 7-Eleven then Motorola where a young Lance Armstrong was among his charges. His next team was BMC with whom he remained until 2016. He was always willing to give help and guidance to young riders.

The US Aevolo team posted this tribute:
Current & Former riders, as well as all of our Staff send our condolences to the family & friends of Noel Dejonckheere, the former Director of the USA Cycling U23 Development Program in Izegem, Belgium.

Countless American athletes benefitted from the knowledge and experience that Noel offered to the world of cycling after his own Professional career that included two Paris Nice wins and six Vuelta España stage wins.

Aevolo DS Mike Creed lived and trained from the Izegem house under the guidance of Noel and his wife Els as an U23 and a Professional in the late 1990s and early 2000’s, with the Aevolo squad utilising the house for their 2021 European campaign.

‘A Legend. A lot of people owe Noel for so much. Noel was an “influencer” before it took a camera and selfies to be one. Noel guided many young cyclists to a career. He gave to the sport. He will be missed’ – Michael Creed. 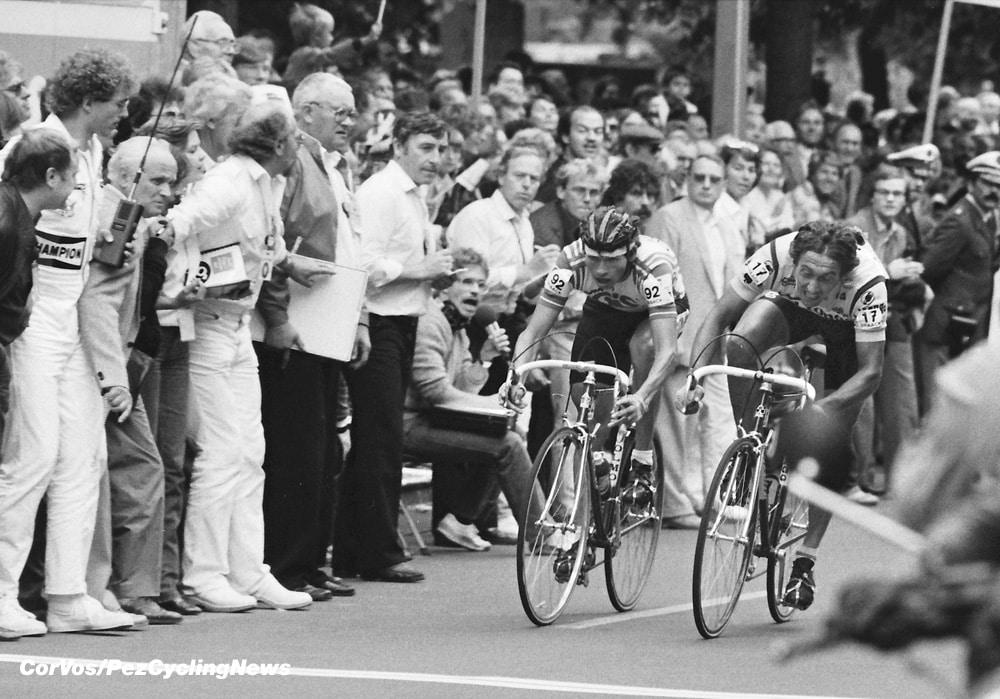 Whilst David Gordon said:
Noël Dejonckheere has sadly passed away today, on December 29, 2022, at the age of 67, but his memory will continue to shine on. I can never forget his winning style, with outstretched arms, when he burst onto the scene, back in 1977-78 in the USA after becoming world champion in the UCI points race and winning stages at the Red Zinger against America’s best. 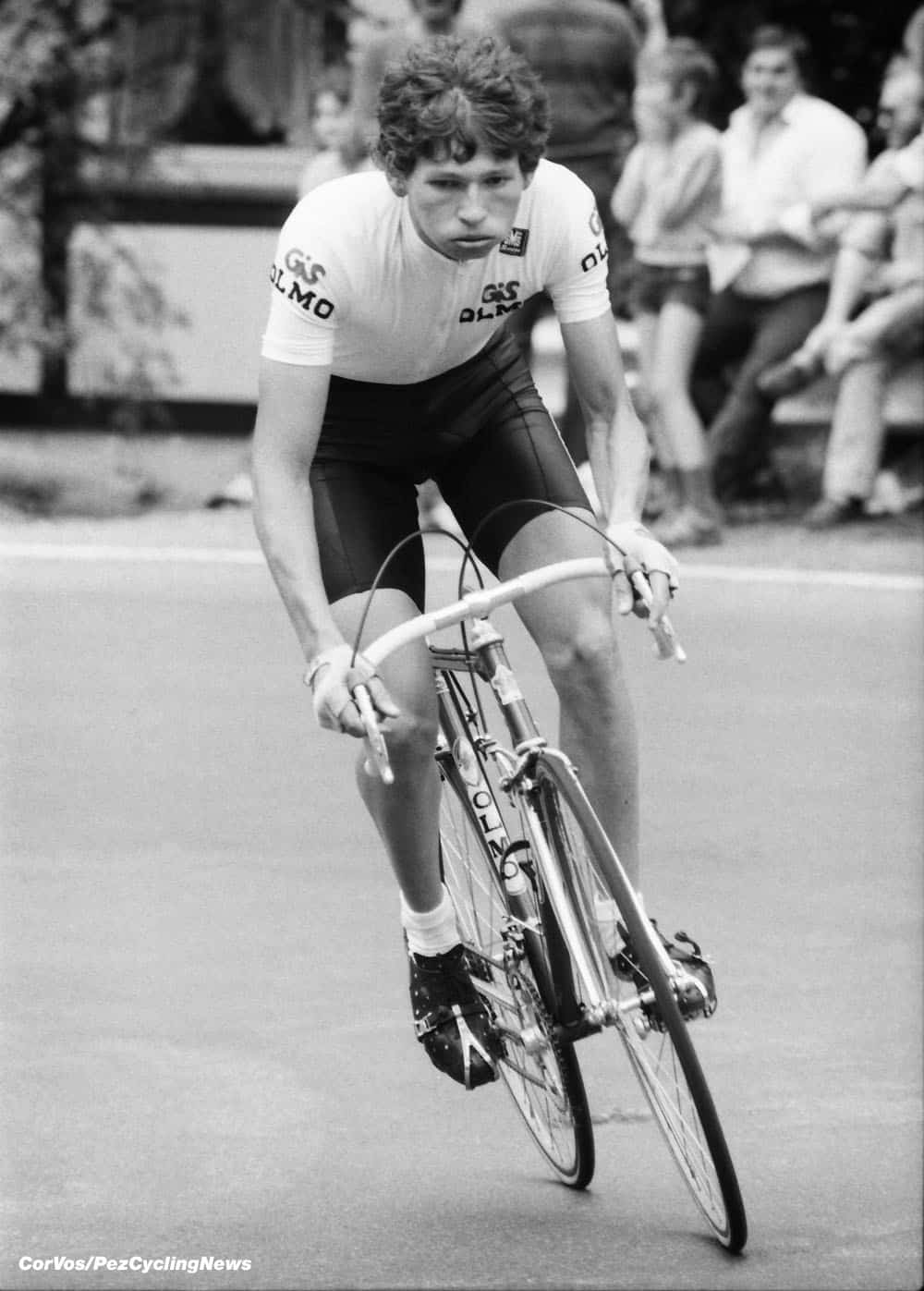 Former Motorola rider, Gordon Fraser posted about Dejonckheere on Facebook on Thursday:
My favourite memory of Noël was finishing Kuurne–Brussels–Kuurne in 1995 totally hypothermic conditions, and upon learning I didn’t have a bathtub at my apartment, whisked me away to his house where a hot tub awaited me and pushed me into the warm water. He loved the challenge of finding me super cheap flights from Tucson to Brussels and return. May he rest in peace.

Tom Hardy said:
Nice guy. He came to race in California in 1976. It seemed humiliating to be beaten by his rosy cheeks that made him look about 15 years-old, but he was wily and talented.

Anton and Noel, champions both, rest in peace. 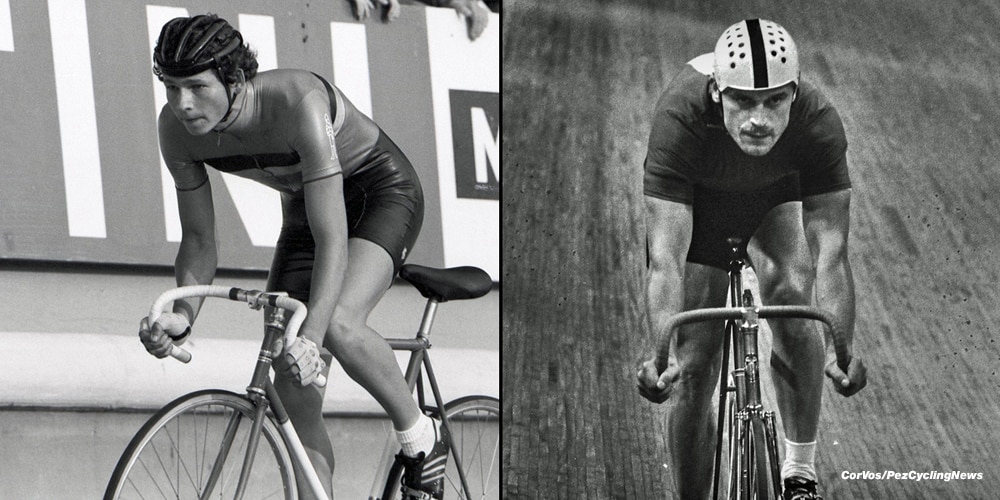 BEST OF 2022: Super Tuck & Puppy Paws: What the Riders Think