It’s easy to write an obituary when one of your heroes dies – probably more so if you don’t know them well. There’s just the legend, palmares, anecdotes and the sadness. But I knew Dimitri De Fauw, not well, but I worked at maybe half-a-dozen six day races where he was riding.

Bruno Risi is the undisputed ‘capo’ of the sixes, but pass him in the tunnel whilst you’re lugging bags up to the track cabin and there’ll be a nod or a “ciao” or his trademark wink. In all the times I was working at sixes where Dimitri was riding, he never once acknowledged my existence. 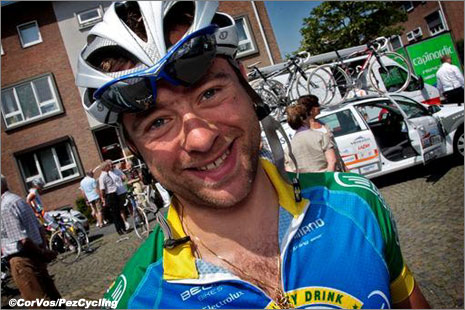 He seemed an angry man; at Grenoble, just a few days ago, he was excluded from a meeting that the top riders convened about, ‘business,’ – “f**king idiots” he shouted at the closed door as he walked past.

He rode for QuickStep mid decade, then the Chocolade Jacques team; but this year I noticed he was clad in AA Sports Drink attire. Whilst many of the big six riders are happy to have solid private sponsors, a rider like him needs the security of a wage arriving every month and it was difficult not to notice that his teams – and therefore wage cheques, were getting smaller. 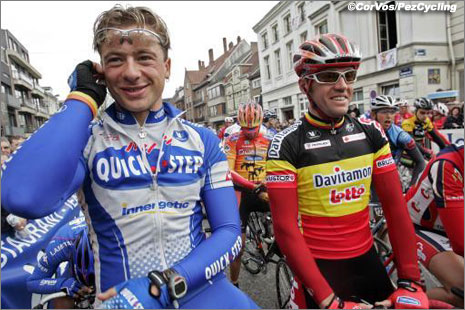 When I first worked in the sixes, five or six years ago, De Fauw/Mechelen were an established pairing – not race winners but very quick in the one and two lap time trials.

They had a marketable speciality; but when current world Madison champions, Michael Morkov and Alex Rasmussen came along, the Belgians’ time was over. Michael is smooth and fast, and if they’re trying, when he slings in ‘Razi,’ everyone else is racing for second place. 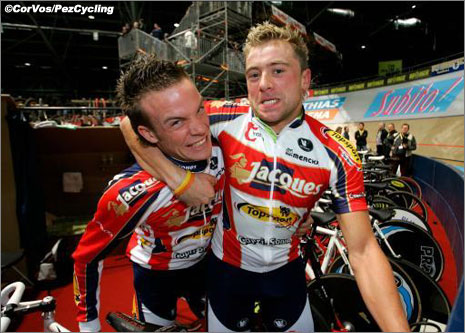 Then there was the crash at Gent where poor Isaac Galvez lost his life; Dimitri was involved – scars like that don’t heal quickly. Patrick Sercu has said that Galvez was the likely cause, coupled with sporting decline, the end of his career was in sight, he could no longer find a decent team.

Iljo Keisse has said that Dimitri’s level was declining, he was concerned about his future, but did not notice anything different about him – they returned to Gent from Grenoble together and Dimitri had said to Iljo that he would phone him to go training this week. 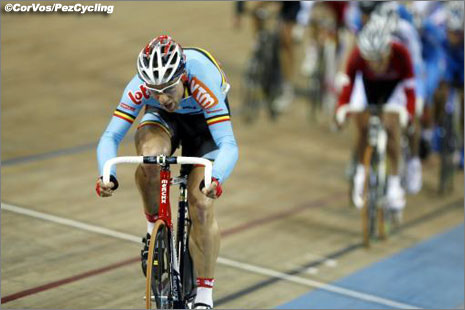 At Grenoble, he looked a little heavy to me; not in the best shape. There was a contract for him at Gent, but with Mertens, De Ketele and Keisse established, and the all too obvious star quality of Meersman – maybe there wouldn’t be many more.

Belgian bike racing is merciless; the Tour looks after its own – ex-riders are everywhere. But in Belgium, it’s different; if you’ve put a few euros away, there’s maybe a bike shop or cafe to open. 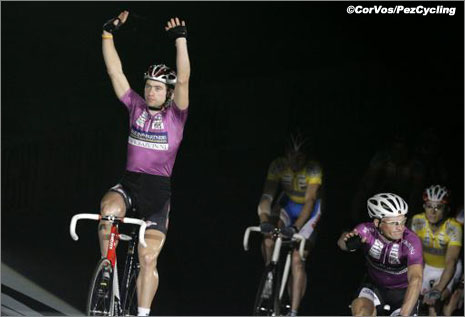 But that takes good contracts and good financial acumen – both in short supply in the sport of bike racing. Some riders move into coaching or management, but that needs a certain type of personality, which not all riders are blessed with. Andreas Kappes was one of the absolute top men in the sport of six day racing until recently; after his retiral from the sport he was cleaning offices when one of the mechanics got him a job as number two mechanic with a German women’s team.

A man can only take so much – for Dimitri, the teams and the money were getting smaller, the results were sliding and there was that tragic day when Isaac Galvez lost his life; and maybe there were other things that folks like me don’t know about. 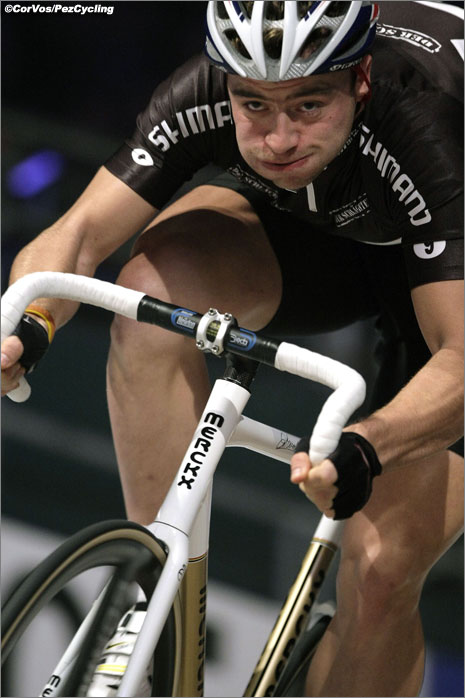 He didn’t have children, but long-time girl friend – Joke De Smet gave an interview to the Belgian magazine Humo; he was close to his mother and uncle, never mentioned his dad but was deeply traumatised by the death of Galvez.

All I hope, is that the man’s soul has found tranquillity.