It was a dark Sunday morning in Italy when the news services announced that Franco Ballerini, ex-professional, former dual Paris-Roubaix winner and current Italian national coach, had died as result of injuries sustained in a rally accident. Matt Conn offers his words in condolence for the great loss.

The highly respected and super successful Italian coach was also a passionate participant in rally racing events. Sometimes driving, mostly navigating and often at the side of his good friend Paolo Bettini, Ballerini’s death has hit the Italian cycling world like the loss of a family member. 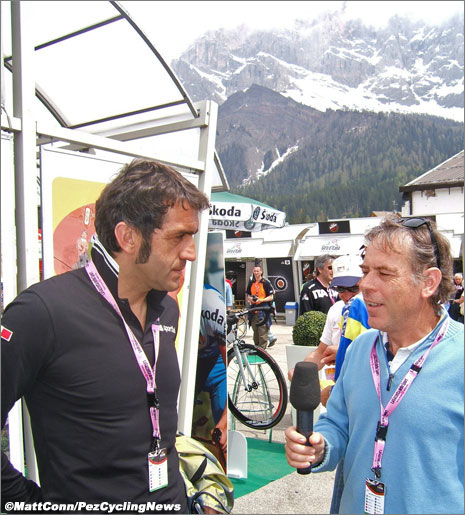 Ballerini was supposed to be sharing a car with Bettini this weekend, but the Olympic and double world champion had other commitments that prevented him from competing. Ballerini, not wanting to miss his ‘local’ event, decided to navigate for Alessandro Ciardi , who himself is lying in a coma in the hospital in a serious, but not life threatening condition following the accident.

According to Italian press agency ANSA, the Renault New Clio Sport R3 being driven by Ciardi hit the wall of a house on the exit of a curve, in a hilly section of the course at around 8.30am. It has been estimated that the car was travelling between 100 and 120km per hour at the time and stuck the wall heavily with the right hand side, which was where Ballerini was travelling. 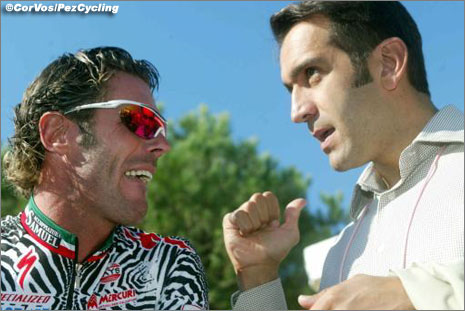 An ambulance was on the scene within seconds, but it was immediately apparent that Ballerini’s injuries were severe. After emergency services worked unsuccessfully for 45minutes to resuscitate the national coach at the scene, the decision was taken to move him to the hospital in Pistoia, but he never regained consciousness.

Among the first to arrive at the hospital was Paolo Bettini, who had won his Olympic and both world titles under the direction of Ballerini. The two men had been great friends and it was a tearful Bettini who comforted the wife of his friend, and described Ballerini as “his brother”. 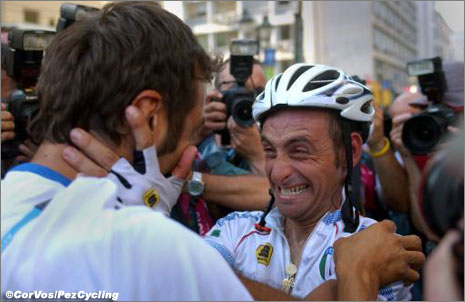 “I’ve lost a great friend and a brother,” Bettini said, “Ballerini had risked his life a thousand times in races. He raced Paris-Roubaix without a helmet, crashed while descending in the Dolimites and never had any problems.”

Ballerini was a real character of the sport of cycling and more often than not, was present at the bigger races on the Italian calendar. As the coach, Ballerini didn’t just work one week a year at the championships, but kept a keen eye on what was happening in Italian cycling throughout the season.

This attention to detail gained some outstanding results with Ballerini overseeing the selection of riders that delivered four world road titles and an Olympic title.

After retiring from racing at the end of his 13th Paris-Roubaix in 2001, Ballerini took over the role of National coach in August of that year. His ‘wins’ started with Mario Cipollini in Zolder (2002) then followed Bettini’s back to back wins in Salzburg (2006) and Stuttgart (2007) and then Alessandro Ballan gave Ballerini and Italy three in a row in 2008 in Varese. There was also Bettini’s win at the Olympics in Athens, but a Silver from Rebellin in Beijing recently turned to a distasteful memory, with the news of that riders disqualification for doping. 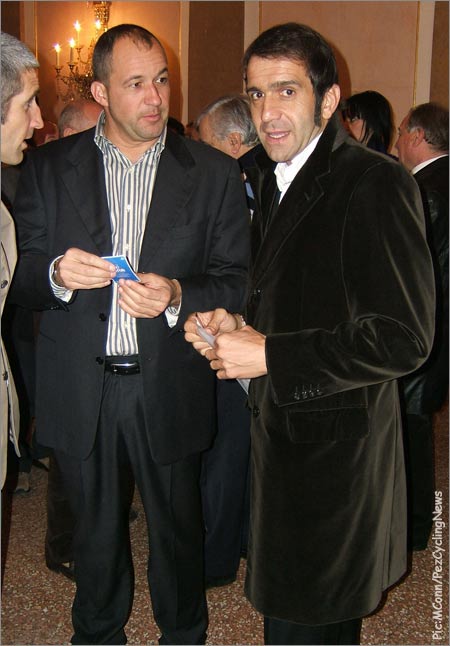 Ballerini was a man who was always in demand from both journalists and fans whenever he appeared at the races. It seemed he never had a moment to himself, whether it was posing for a picture, signing an autograph or answering a question from a journalist. And yet, he always had time for everyone.

Ballerini was the go-to guy to ask about the Italian riders, as he didn’t have the sponsor/team allegiances of many of the ex-pros working in the sport as either sports directors or in public relations. He was happy to give his thoughts on who was going well and who needed to do a bit more to make it into the national team. Ballerini must have answered the same questions 100 times every day, but as a scribe, he always made you feel like what you had asked and what he had to say about it, was important to him. 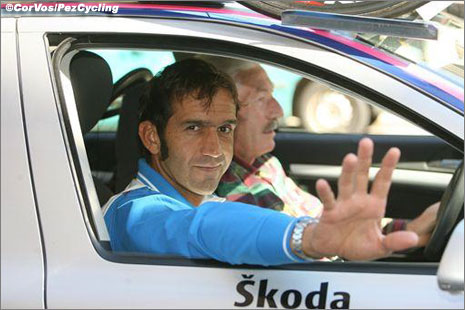 There’s a lot to be said about first impressions and it’s also true that a person’s public persona is not always an indication of their true personality, but Franco Ballerini just seemed to be, on top of everything he achieved, a really ‘available’ guy to anyone who wanted a piece of him. From his unending patience with the fans, his politeness when answering questions, or even just down to the fact that when he stopped to talk to you for a quick quote, he would always take off his sunglasses and make eye contact. There is room at the top of sports for nice guys, and Sunday, cycling lost one of the big ones.

It was Cipo who won the “Sprinter’s” worlds in Belgium, Bettini at the height of his career who picked up the double and Ballan who turned the pedals for a home win in Varese. It was Ballerini, however, that managed to tame the super egos of Italian cycling into working for a common goal, getting everyone behind one rider – even if that meant leaving a star on top form at home if the championships course didn’t suit him. 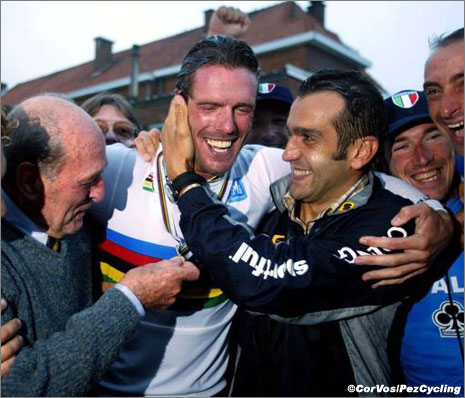 Ballerini had already been to Melbourne to check out the course for this September’s world road title, but they’ll now be going without the man who has brought Italy so much success. There will be big shoes to fill at Italian Cycling HQ later this year, but there will be emptiness among cycling fans both here in Italy and around the world, that will take a long time to heal.

Ballerini is survived by his wife, Sabrina and two sons, Gianmarco and Matteo.

The Crew at PEZ send their condolences to the family, friends and colleagues of Franco Ballerini.

***
Tomorrow: Peter Easton takes a closer look at the race that defined the career of Franco Ballerini as a racer: Paris-Roubaix.

Pro Shop: A New Season Ahead!