Rider Blog: Jason Saltzman’s 2020 race season has ground to a halt and he is ‘trapped’ in Austria. But, he’s looking on the bright side and has a load of beautiful training roads to explore during this time of uncertainty. 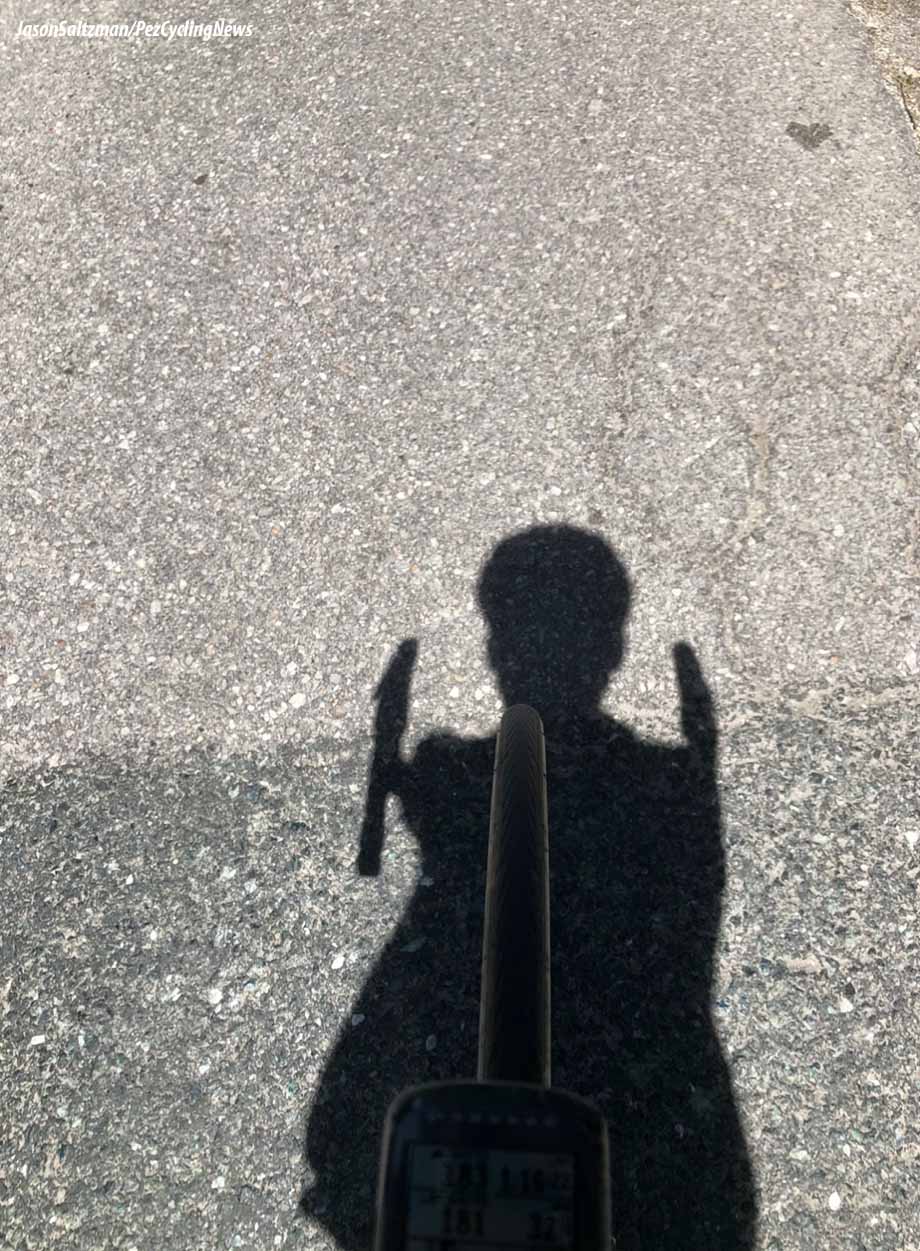 Lots of time spent chasing shadows and with “me, myself, and I” over the past month

On Friday, the Austrian Cycling Association (ÖRV) officially cancelled the 2020 Tour of Austria and stated that the first races they are aiming to hold are the National Championships in the last week of August. The cancellation of the Tour of Austria is likely the final nail in the coffin for my race season. The Tour of Austria was my main objective both since signing for Sport.Land. Niederösterreich last fall, and more recently since the COVID-19 pandemic put racing put on hold just over a month ago.

For now, I won’t go down the rabbit hole of what could be next for my racing and riding (although I’ve had plenty of time to think about this over the last month). Instead, this blog will focus more on some clichés, anecdotes, and themes from my last month of uncertainty.

Much the same as I am sure many of you did during your respective high school days, I “read” my fair share of Greek mythology. Until recently I hadn’t particularly thought about the tales told by these epics. This is until somehow, I stumbled again upon the story of Sisyphus, the king of Ephyra, who was forced to roll an immense boulder up a hill only for it to roll back down to the bottom for eternity. Now this is not to say that riding/racing my bike has been a punishment, far from it. The point this myth highlights for me is that in the end, Sisyphus managed to derive meaning from the repetitive work of rolling the boulder up the hill. In the time of uncertainty this seems to be an apt analogy to what many athletes are doing. Through training without knowing when/if racing will resume, we are finding meaning in our efforts beyond the simple answer of “I’m training for X race”. 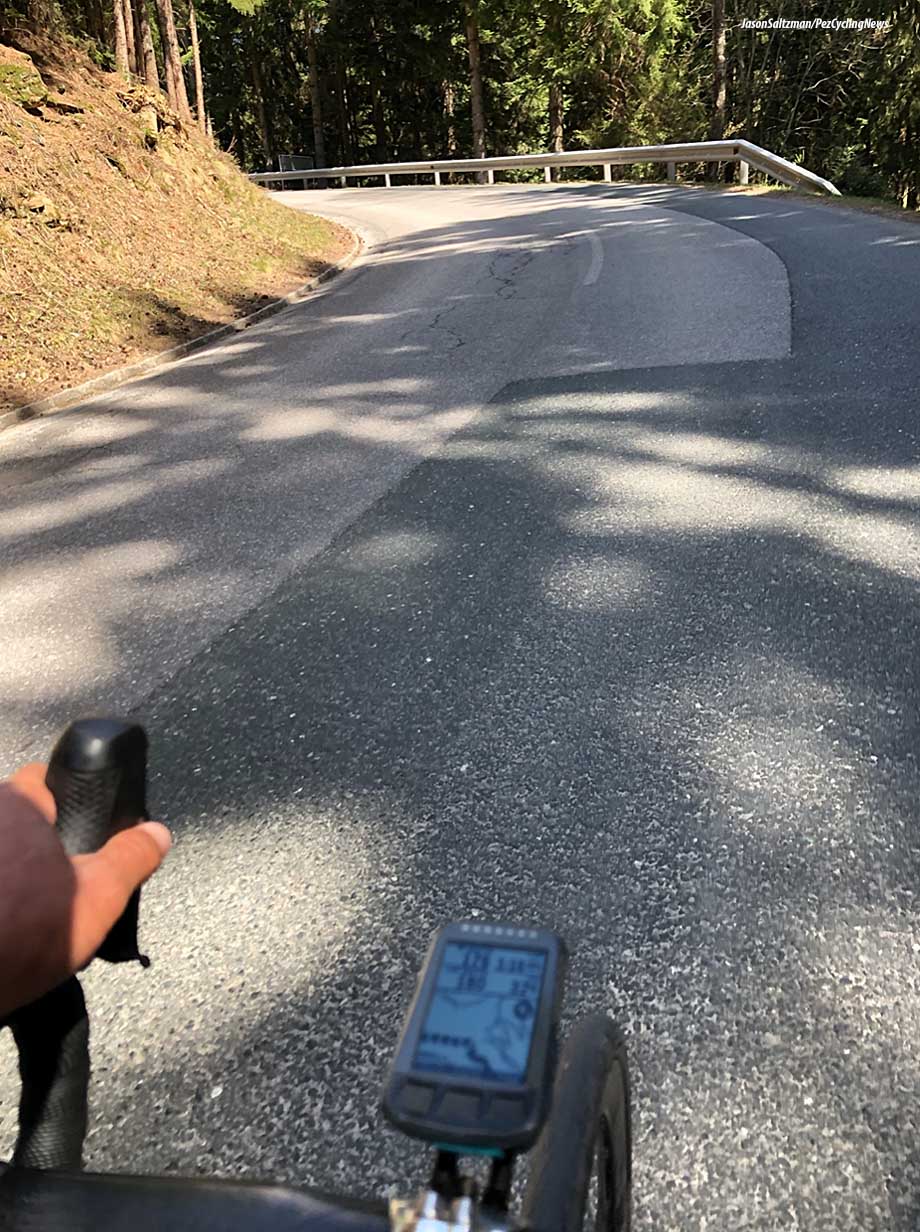 Still amazed by the wealth of roads and the variety available. Almost two months in and I have only hit 40-50% of the riding possible within a single training ride radius from my apartment

For me this “meaning” runs parallel to the reason I came halfway across the world to start with. To install a cliché, riding, be it training or racing, is an opportunity to “see what you’re made of”. It offers an opportunity to figure out how to do things when they get hard. The skills learned to do this hard thing enable the implicit power of “if I can do that, I can do this” that can be applied to nearly any life endeavor. Self-inflicted pain, in a sense, is a privilege as it allows for self-exploration.

High school PTSD and self-reflection aside, I’ll indirectly address the elephant in the room, racing and uncertainty. First, the difference between risk and uncertainty. Simply, risk is probabilistic, which is to say that it can be both accounted for and planned for. If someone told me that there was a 40% chance risk that all the races would be cancelled, I could, in theory, do whatever calculations I pleased and decide whether or not it made sense to stay here in Austria away from family and friends and the known quantity of life in California. 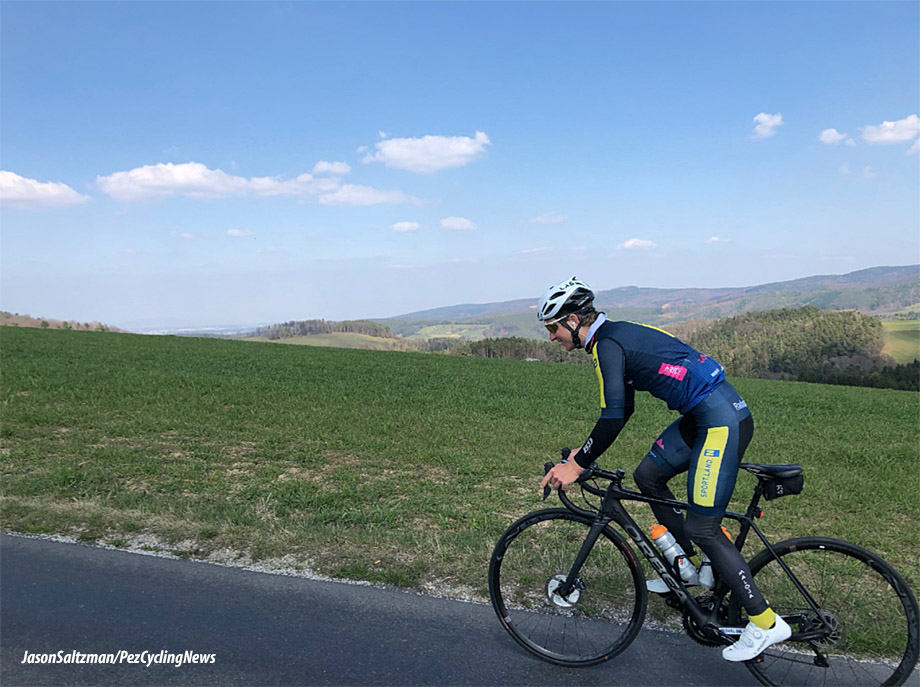 Uncertainty is the opposite, it can’t be assigned a value and planned for. So, not only do I not know if the races that haven’t yet been cancelled or postponed will happen, but I also don’t know about the races that have been postponed from earlier in the year. I don’t know whether restrictions on daily life will get tighter or looser. In a sense, I don’t know what I don’t know. What I do know is I like riding my bike and I can, for the moment, still do so as I please under the current regulations here in Austria. Training-wise this leads to the awkwardness of a “January part 2”, aka not going fast (despite wanting to and not really needing to) during what is traditionally a “go fast” part of the year.

We now know tentative dates for some of the higher-level races (Grand Tours, Monuments, Worlds, and WT races) but that offers those of us scrapping about in the lower levels no clarity. Given the way things are trending, I am increasingly skeptical that most of these lower level events will happen at all. These events often operate on the slimmest of margins and/or the goodwill of a few people. Rescheduling permits, retaining sponsors, hotels, etc. all takes money and the ability to plan effectively both of which are in short supply right now.

So, where does this leave me? The short answer is that for the last month I have been incredibly persistent, committed, and to be honest… stubborn. I’ve been training as hard as ever, making the most of the incredible riding available within a 75km radius from my apartment. I’ve managed to maintain all of the good practices required to chase the dream and answers I came to Austria to find. While the uncertainty of the situation definitely doesn’t help, I’ve been thinking a lot about the idea of sweat equity and why it is so hard to give up on a dream. I’ve frequently amended my statement of “If there’s no racing by ___ I’ll go home”, pushing that date further and further down the road from late April when racing was first cancelled a month ago to May, June, and even July. Now there is certainly no racing before July 1st and races as far out as September are dropping from the calendar at an exponential rate. 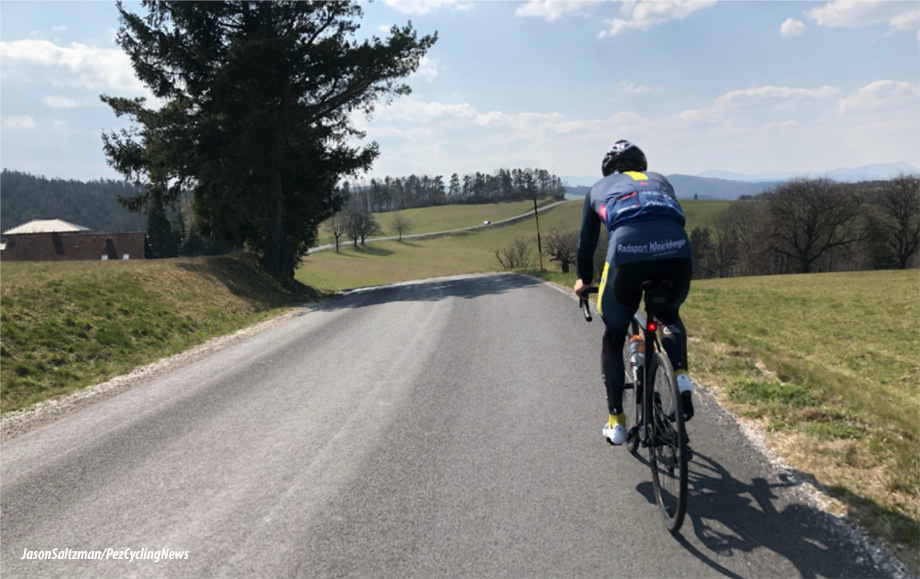 More “chasing Stefan”, it has been great to have a training partner and tour guide

For now, I am literally “stuck” in Austria as borders and airports are closed. For now, I am a bike rider in a beautiful place in the world with endless roads to explore. For now, I don’t know what my racing future holds. It is weird to think about what that means after 13 years of chasing racing as a singular focus. I’d love to say that this journey halfway across the world has answered the question posed in my initial blog about the promise I had/have and what I am truly capable of as a bike racer. To this point, it hasn’t. Without races this year I’m not exactly sure how to prove that I deserve, beg for, or make another opportunity to explore that promise next year. Suggestions regarding this dilemma are more than welcome.

Alas, who knows, after all these years of riding to race, maybe it’s time to explore the other facets of two-wheeled pedal machines for a while. Ideas in this arena are being thrown around left, right, and center. An Everest-ing? Some gravel? Some ultra-endurance? We will see. What I do know is that the freedom of exploration, both of myself and the world, will continue to drive my riding. 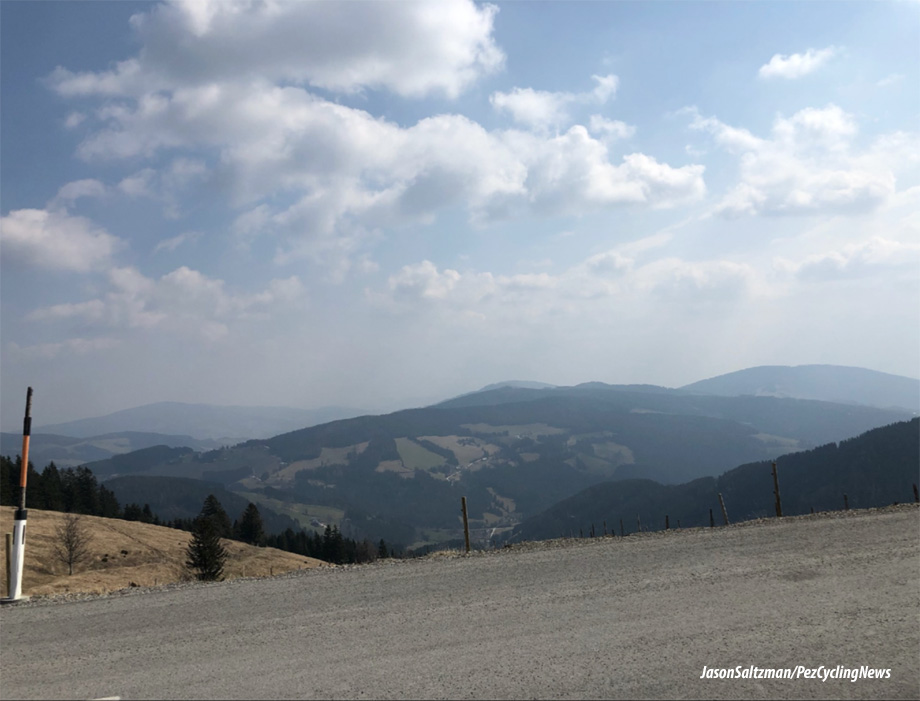