Rider Blog: Things are starting to look up for Jason Saltzman in Austria – Proper training has started and the weather is definitely spring like. But news of the doping of an ex-teammate has tainted a lot of his best memories of his time with the Aevolo team. 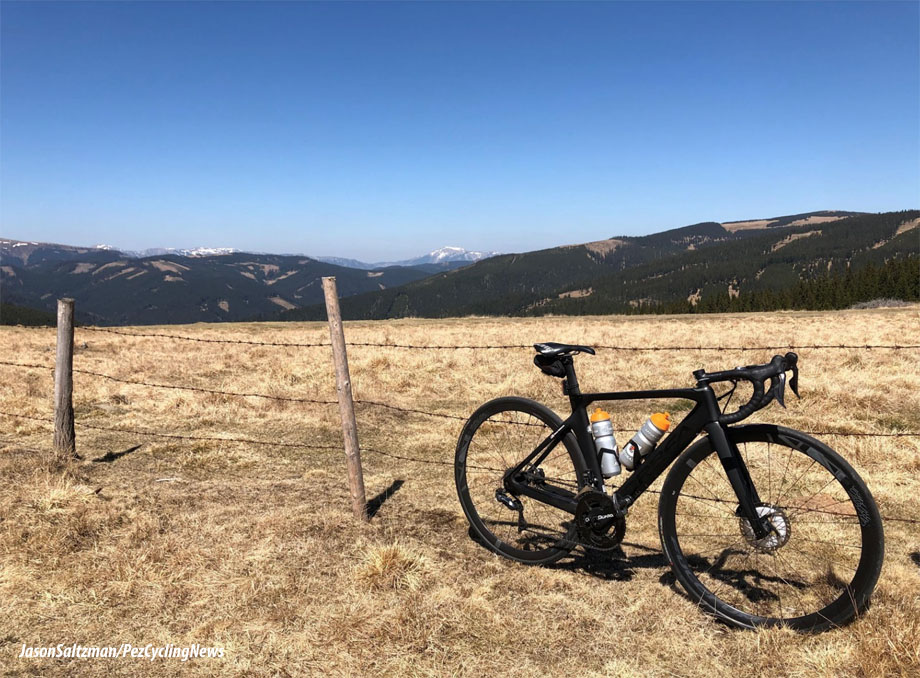 High up on the Wechsel, the climb and peak to the North that looms over Pinkafeld

A few days ago, I learned that a former teammate has tested positive for performance enhancing drugs. There is a lot that troubles me about this. Aevolo is a team that, more than any other team I’ve been on, championed the power of hard work and the fact that there are no shortcuts to success. We trained hard, we had fun, and we shared what I believed was an unanimous sense of purpose and principle. A lot of the best memories I have from Aevolo are now tainted. I feel betrayed. Luis inspired me. Having had a teammate and a friend who went WorldTour made it seem more attainable. From training and racing with him, I knew the “difference” between how fast he was and how fast I was. The difference was small enough to serve as motivation. Now, that same small difference is a painful reminder of the ills and dark side of the sport.

As mentioned in my first blog, in 2018, I hadn’t had the best start to my season. After Tour of the Gila, I made some changes to training, broke through the complacency that had plagued my 2017 and 2018 seasons, and finally found the form that had been missing come July. I poured everything into trying to make the roster for the Tour of Utah and Colorado Classic, the two opportunities to really turn my season around and show what I am capable of. I went to altitude (alone and on my own dime) for a total of four weeks, both before u23 National Championships and directly after. I went even after I’d been told I was the first reserve for Utah (7 rider roster) and Colorado (6 rider roster). I was the fastest and fittest I’d ever been and was beyond ready to display the work I’d done to turn my season around. I didn’t get to race either race. Luis raced both, had a shockingly good ride in Utah, and “earned” a World Tour contract. I wasn’t offered a contract with Aevolo for the following season. Who knows how/if my “career trajectory” would have changed had I gotten to ride one or both of those races with the form I had built? I can only speculate and think about the fact that by the time I finally got to a point where I was confident in my form it was “too late”. 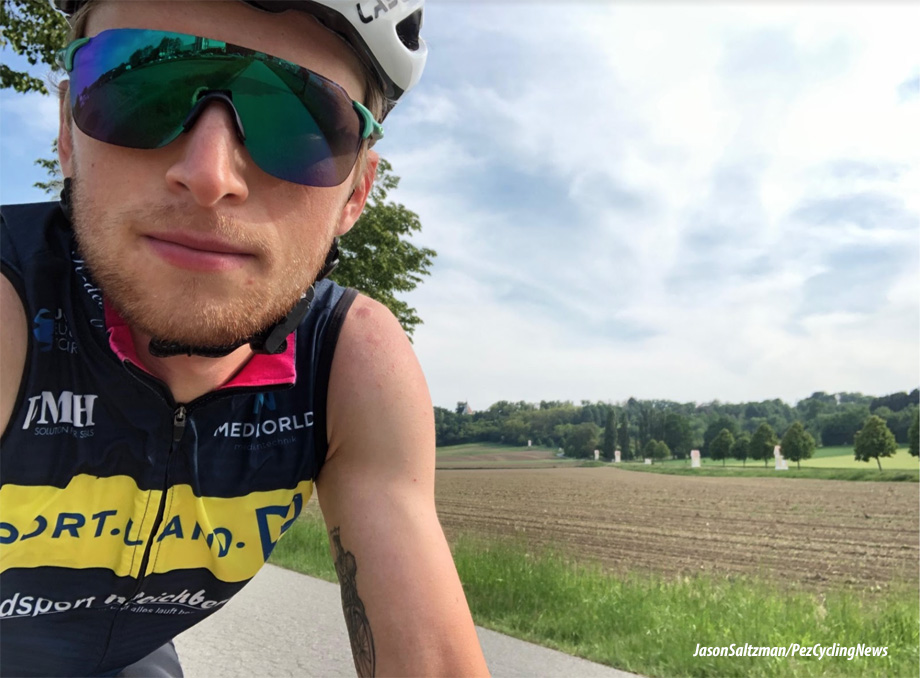 As mentioned, spring has sprung and sleeves have become optional on recovery rides

That is just my personal grievance with this particular situation. Doping is not a victimless crime. This instance impacted not only to me, but also to the riders who may have been offered the slot on EF that went to Luis. There are few World Tour slots and a lot of guys who had great seasons in 2018 and early 2019 that could have gotten the opportunity to step up.
I love this sport. A lot. For me, one of the most beautiful things about the sport is the accessibility of your own physical limits and the forced self-acceptance that comes when you try to exceed those limits. I rue the stolen opportunities.

ANYWAYS… onto cheerier topics. In the time since my last post, not a whole lot has changed. The scenery is getting greener and greener. Arm warmers, leg warmers, and long sleeve jerseys have been largely stowed away. A rain jacket fills the middle pocket of my jersey on almost every ride given that most days have at least a “30% chance” of afternoon showers. Meanwhile, Austria is slowly easing restrictions on shelter in place and things like cafes and restaurants are opening. Personally, I am still choosing to avoid these places for now since they seem to be hotbeds for people ignoring the still in place regulations on appropriate distance and mask wearing (admittedly it is very hard to eat or drink with a mask on). 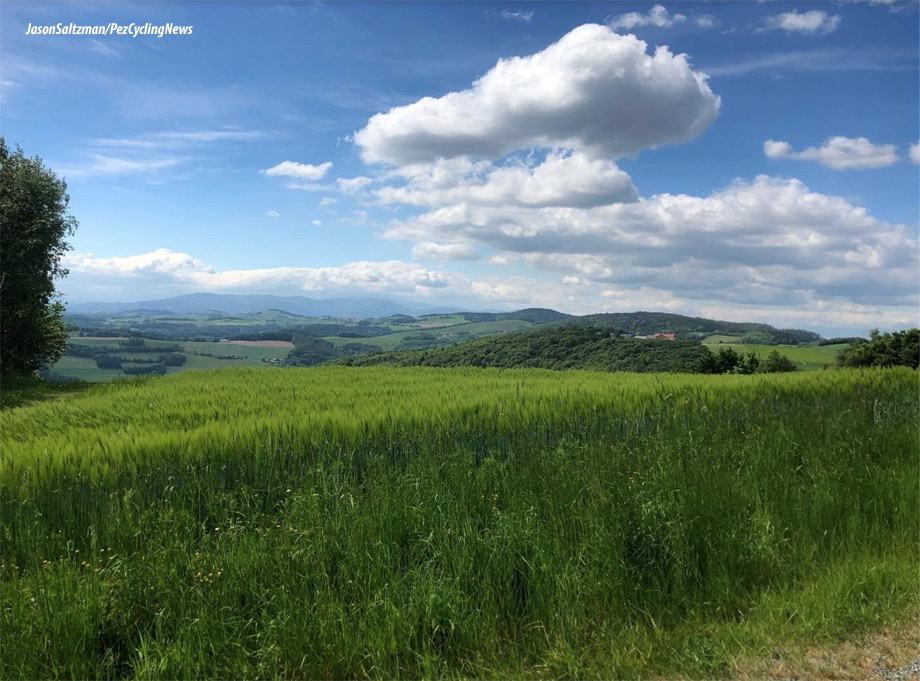 While I am on the complete other side of the country from the hills around Salzburg of The Sound of Music fame, a reference to the movie seems appropriate

Training wise, after many consecutive weeks of using this racing-free period to push my limits, I successfully ran myself down enough in training to necessitate a full-blown recovery week. Recovery weeks are double edged swords. On the one hand they are extremely important for facilitating the training adaptations you’ve worked so hard for over the previous “work” weeks and for preparing for the hard work to come. On the other hand, they are painstakingly boring, especially right now while I am alone in my apartment (and always within 10 steps of the fridge) and when there is quite literally nothing to do and nowhere to go.

Luckily, I am back to training this week. This new “block” of training will move away from the more freeform “just ride” rides and I will decrease volume and increase intensity. With the release of the proposed new UCI calendar yesterday it seems like, if all goes well (big asterisks), we may be racing in July. This offers the first signs of light at the end of the tunnel and if nothing else, it is nice to have some clarity after so much uncertainty. It is nice to have some idea as to when and where the next opportunities to show what I am capable of may come. 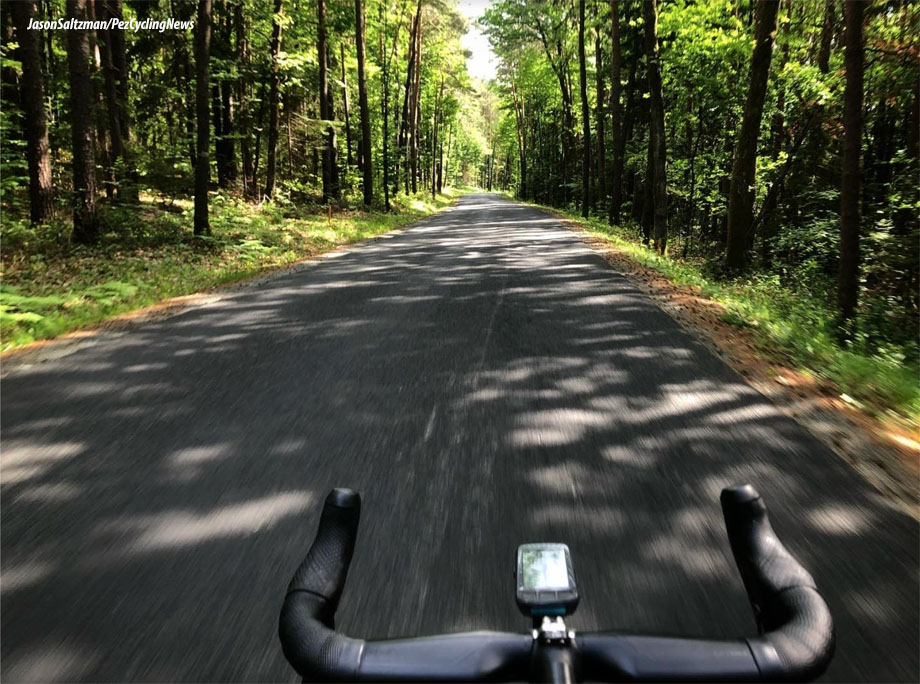